After running for five seasons on Cartoon Network (with its sixth season debuting on Netflix), Disney cancelled the Clone Wars, most likely as they wanted to run a separate Star Wars show on the Disney Channel. That show would become Star Wars Rebels; a series set only a few years before A New Hope that shows the beginning of the galaxy-wide rebellion seen in the Original Trilogy.

Much of the Clone Wars’ overhanging threads, like the fates of Maul, Clone Captain Rex, and Ahsoka Tano were brought into Rebels, and there is no denying that because of that some of the emotional weight to Clone Wars’ final season was taken away. But that doesn’t mean Clone Wars is void of stakes and emotion, in fact, thanks to the heavy inclusion of Order 66, the emotional weight, and the sense of impending doom, the drama of ending a years-long conflict has never been more present in the series.

The final season of the Clone Wars revolves around three arcs. The first (which, in true Clone Wars style, is chronologically the second) shows “The Bad Batch”, a mutated squad of Clones deemed to have “favourable mutations”. 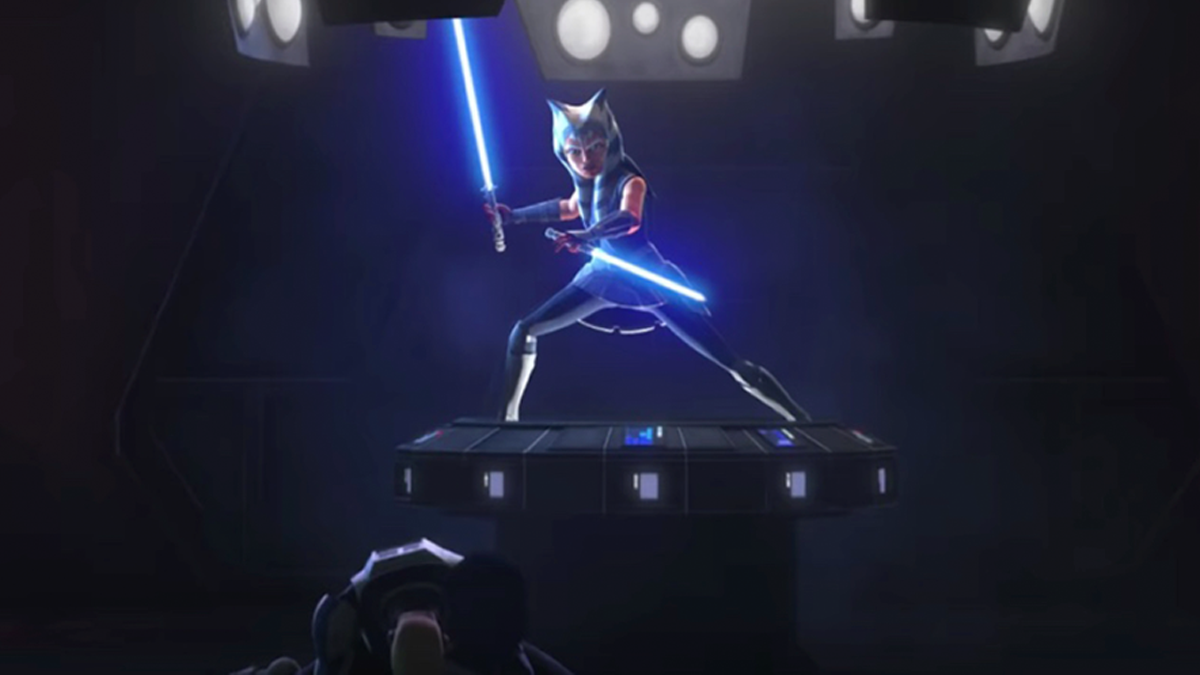 The arc follows the Bad Batch working alongside Clone Captain Rex and Anakin Skywalker as they infiltrate Skako Minor, the home planet of the Separatist aligned Techno Union. The team goes behind enemy lines in an attempt to uncover how the Separatists are matching their every move in the Outer Rim sieges.

Episodes five to eight show Ahsoka Tano adjusting to life after leaving the Jedi Order in Season Five. After crash landing onto Crosucant’s level 1313, Ahsoka meets the Martez sisters, Trace and Rafa. She quickly becomes embroiled in one of Rafa’s schemes that sees the trio head to the Spice Mines of Kessel, imprisoned by the Pyke crime gang, and encounter a rouge group of Mandalorians.

The final arc of the series brings both plots together, by reuniting Ahsoka with Anakin and Obi-Wan, to stop Maul, who has returned to Mandalore. For Maul, this arc follows the events of the Darth Maul: Son of Dathomir comic which was based on un-produced Clone Wars episodes. 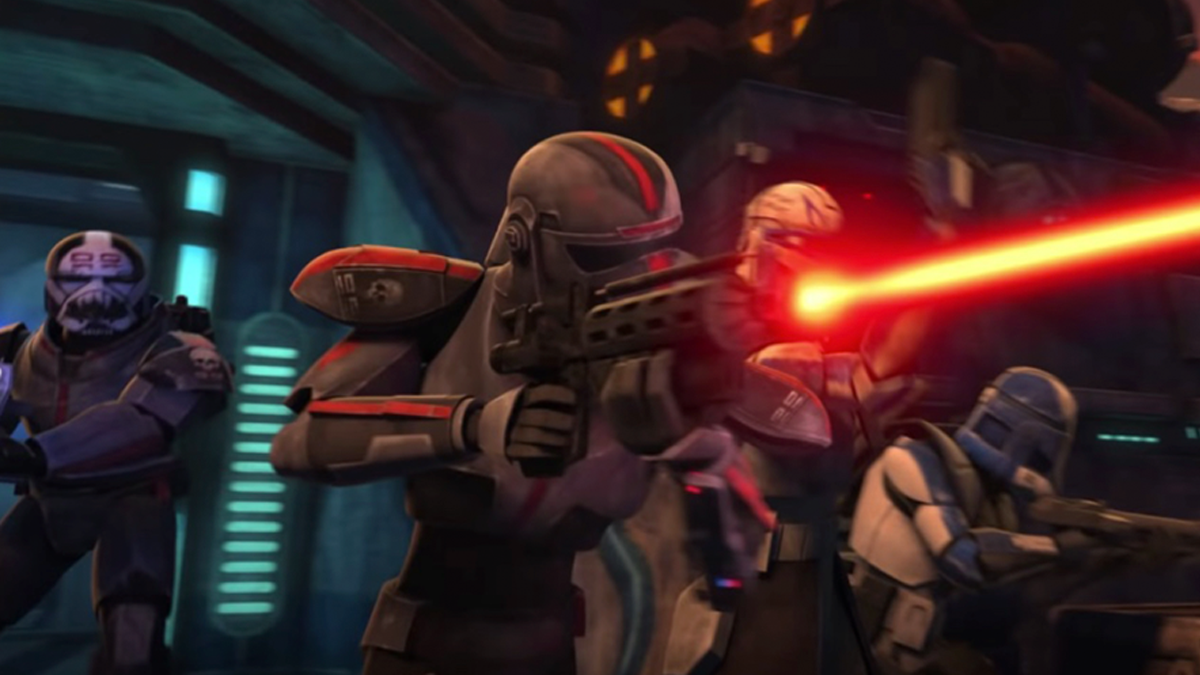 In short, the final season of the Clone Wars emphasises how far the series has come, both in terms of style and action, but also in regards to character development and the emotional stakes the show has established.

Adding to the authenticity and depth of the series is the redesign of many characters. Much of the traditional Clone Wars characters have been refined, and their eyes made smaller and less stylised to fit in with other recent Star Wars shows like Rebels and Resistance (which admittedly both had their own brand of stylisation). Characters like Anakin, Obi-Wan, and Mace Windu have been altered to better suit their appearance in Revenge of the Sith, given that the series leads straight into (and then runs alongside) the third movie.

This shows the care and dedication that went into Clone Wars Season 7. The character models were already altered during the original run to better match the Revenge of the Sith appearances but the studio decided to push that even further and spent the time on changing and redesigning characters that most fans would have been okay with staying the same. This shows the effort and authenticity that went into making sure the Clone Wars is just as much a part of Star Wars as anything else. 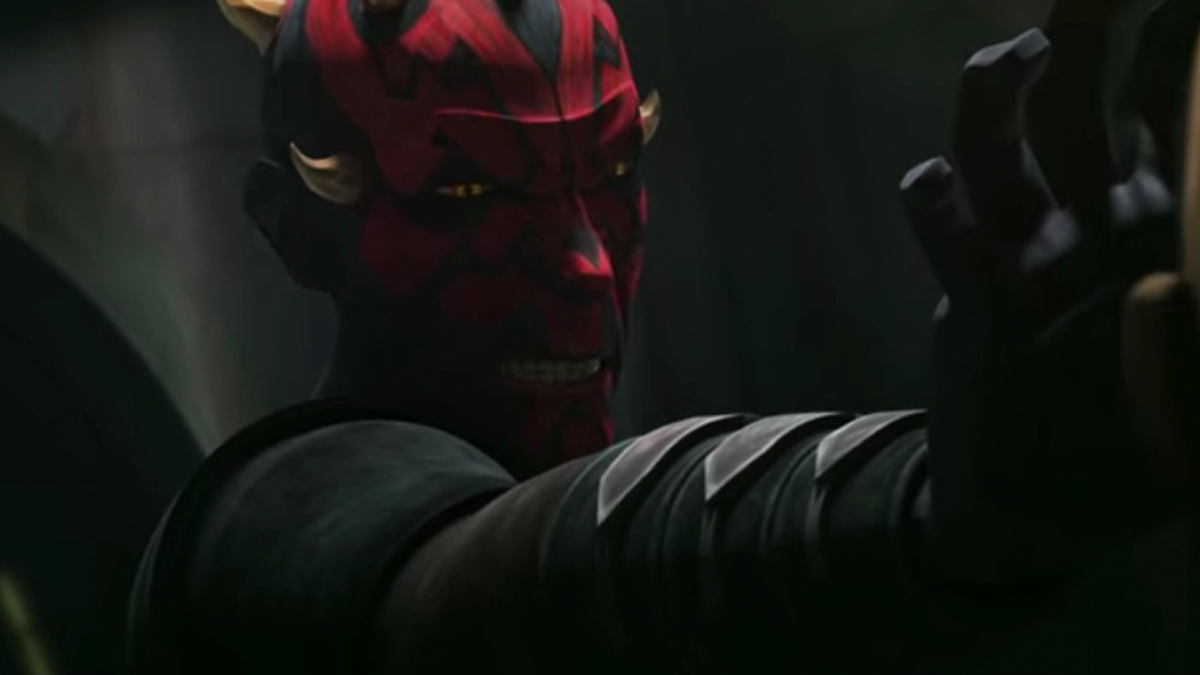 Only adding to the show looking its best is the best action animated Star Wars has delivered. Almost every episode is packed with amazing Clone fights and stunning lightsaber combat. The studio even had Ray Park, Darth Maul’s original actor from The Phantom Menace, return to motion capture Maul’s epic fight with Ahsoka in Episode 10, The Phantom Apprentice.

But ultimately, in terms of characters, as good as the development on hundreds of individual Clones is, and no matter how many great stores starring Anakin, Obi-Wan, Mace Windu or Yoda Clone Wars delivered, the real heart of everything Clone Wars is, is Ahsoka Tano, and the Clone Wars Season 7 gives her the perfect send-off (at least to the Clone Wars version of her).

The final part of of the series shows Ahsoka, after defeating Maul on Mandalore, and although no longer a Jedi, forced to take on an entire Galactic cruiser’s worth of soldiers. Made even worse is that many of them still wear their painted armour, which was done days earlier to show their respect for Ahsoka. Clone Wars last few episodes push Ahoksa even further from the hero of the Clone Wars she was and more into the hero of the Rebellion she will become but keeping her sense of honour and courage despite the galaxy falling apart around her. 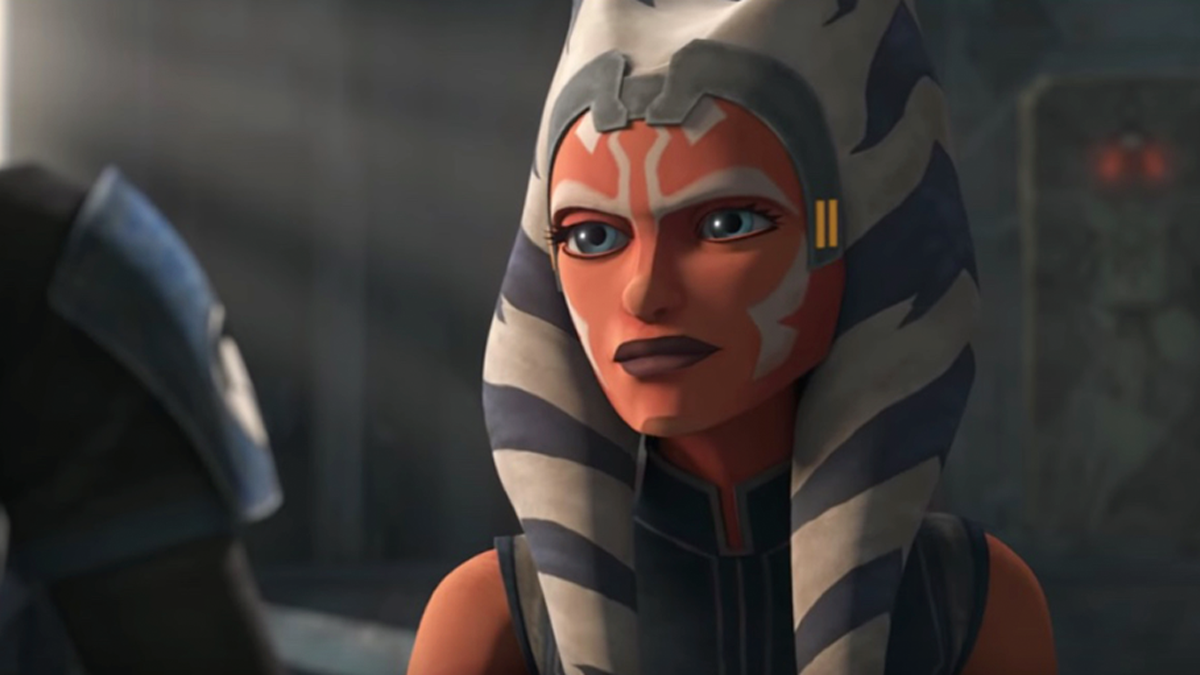 Ahsoka’s journey is the best thread through all of the Clone Wars, and she is perhaps the most developed character in all of Star Wars. Admittedly a large part of that is due to the amount of time spent with her, which is significantly more than any character in the live-action movies, but that takes nothing away from the achievement.

Ahsoka started as a Jedi youngling and someone who (arguably) felt like a more approachable character for the younger audience, but throughout seven seasons (and later appearances in Rebels, a voice cameo in Rise of Skywalker, and her own novel), has become one of the most interesting, compelling, layered and tragic characters in all of Star Wars.

How the series intersects with Revenge of the Sith is also expertly done, showing Anakin and Obi-Wan called away to Coruscant to rescue the Chancellor right before helping Ahsoka on Mandalore. Not only does it explain why Ahsoka, Rex, and Maul were absent from Revenge of the Sith, and the parts of Order 66 seen in the movie, but it adds a touching sense of drama to the final moments between Ahsoka, Anakin and Obi-Wan. 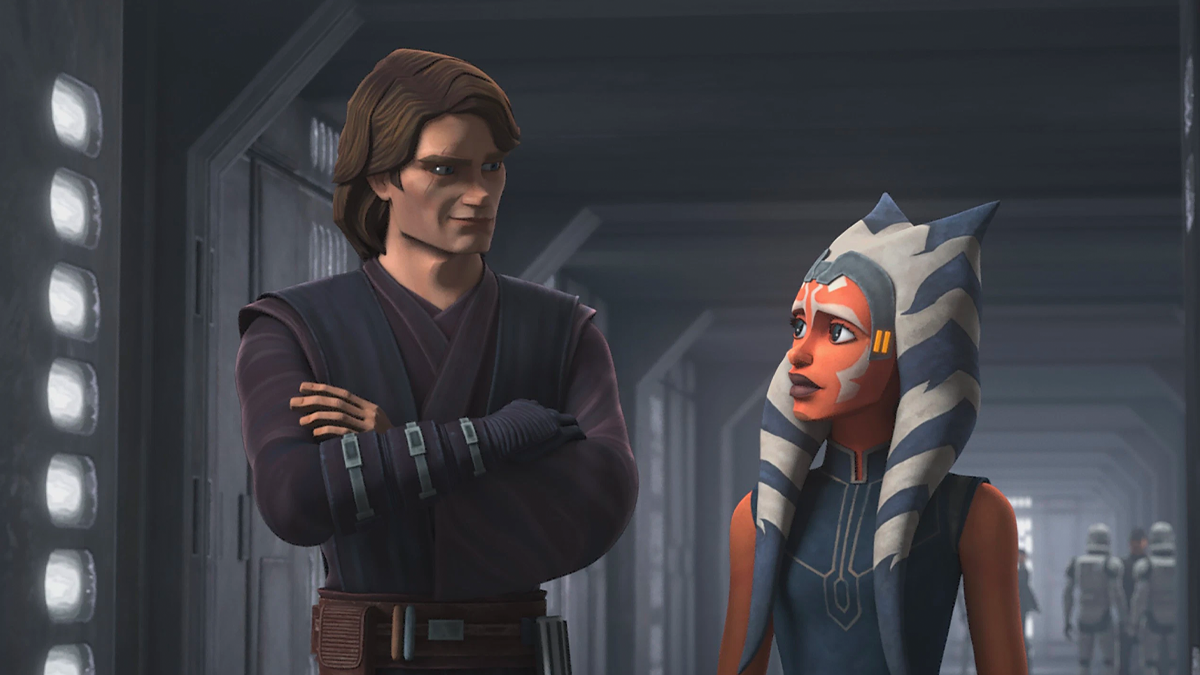 Obi-Wan asking Ahsoka to contact Anakin, (whilst on his way to capture Grevious) in the hopes that she can help with his conflict on spying on the Chancellor, helps emphasise how important she was to him, and even puts forward the question of whether she had contacted and helped him, would he have turned to the Dark Side?

In Ahsoka’s arc with the Martez sisters, the show is also able to demonstrate how regular people feel towards the Jedi and the Clone War, something the series has dabbled with before, but this time is amplified by Ahoksa’s own experiences and feelings.

Not only does the Martez sisters negative feelings towards the Jedi work well in the moment, but it also plays into how well Palpatine’s plan had worked, and how the people of the galaxy could accept that the Jedi are traitors so quickly. 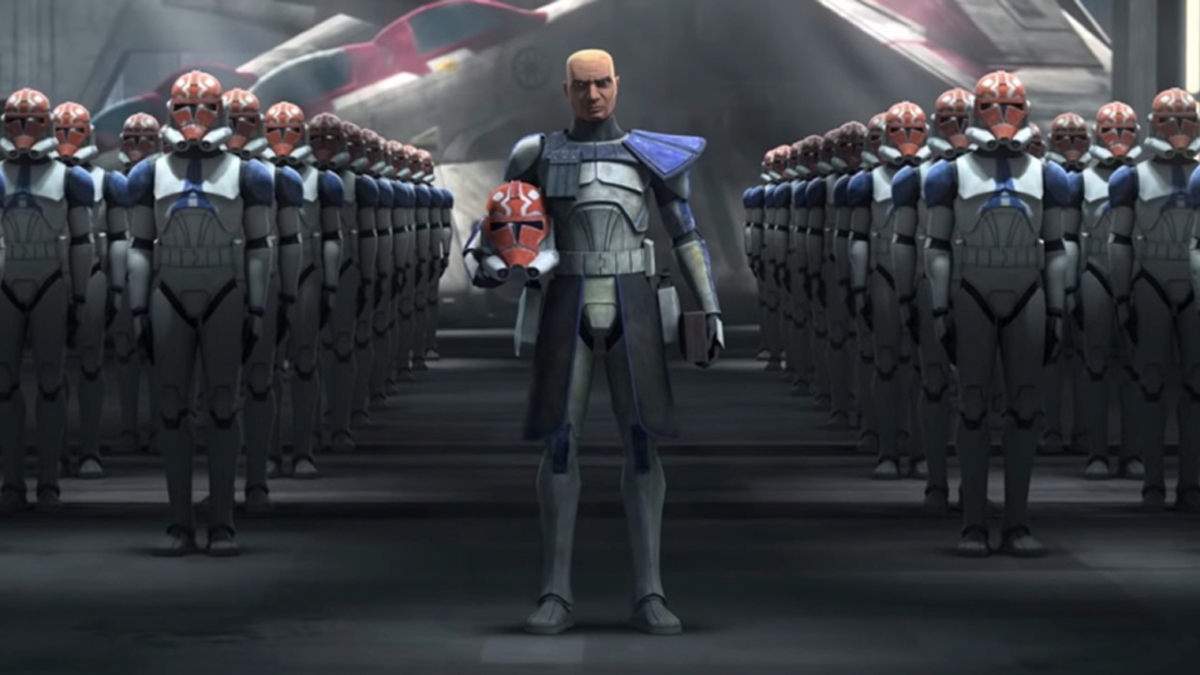 As much as the Rise of Skywalker was (and still is) marketed as “the end” of the Skywalker saga, in reality, the Clone Wars is the final piece of George Lucas’ vision for the franchise. Most of the Clone Wars Season 7 was written before the show was cancelled, and so was overseen by the Star Wars creator. There is something special about seeing the “created by George Lucas” tag at the beginning of the credits of each episode, and even more so the special “Lucasfilm Ltd Production” intro for the final arc. Although Lucas is no longer directly involved in the story of Star Wars, it’s fair to say the franchise has become even rockier and audience dividing since Disney took over, and so seeing the end to his tenure properly envisioned adds an extra sense of emotion and depth to a great season and a great show. 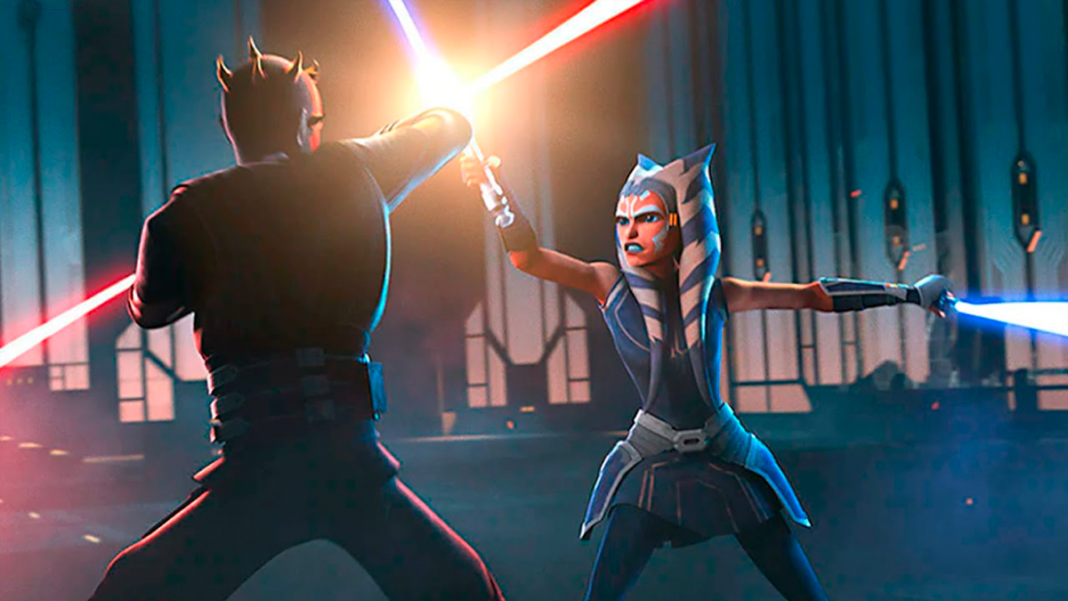 1350
May 8, 2020
Previous articleHow Gears Tactics Adds a New Style But Stays True to the Gears of War Franchise
Next articleHow What We Do in the Shadows Season 2 is a Masterclass in World-building and Comedy
© Newspaper WordPress Theme by TagDiv