The latest entry into the long-standing Xbox franchise, Gears of War, looks to add something new to the series, swapping the third-person cover shooter mechanic for a top-down turn-based strategy game. Gears Tactics shakes things up even more by launching solely on PC (with an Xbox version coming alongside the launch of Xbox Series S and X).

Developed by Splash Damage, who worked on the 2015 remaster of the original Gears of War, as well as the multiplayer for Gears 4 and Gears 5, Gears Tactics was produced alongside the main Gears of War studio The Coalition. The team also consulted 343 Industries, who created the Xbox 360 Halo turn-based strategy game series Halo Wars.

The Tactics gameplay is based around squads of up to four members, each with three turns. The abilities depend on the class of character, which includes the likes of Heavy, Support, Scout, Sniper, and Vanguard. The variation in classes and weapons makes for some interesting team combinations, which becomes increasingly important as the game progresses (even at lower difficulties).

There is a version of Gears Tactics where the player tries to play it as close to the regular Gears series as possible, merely moving from cover to cover, shooting, using grenades, gruesome chainsaw executions, and reviving. But not using unique abilities like Intimidate which forces enemies out of cover, or Overwatch which puts a team member on guard over a particular area until the next turn makes the game much harder, and much less enjoyable. 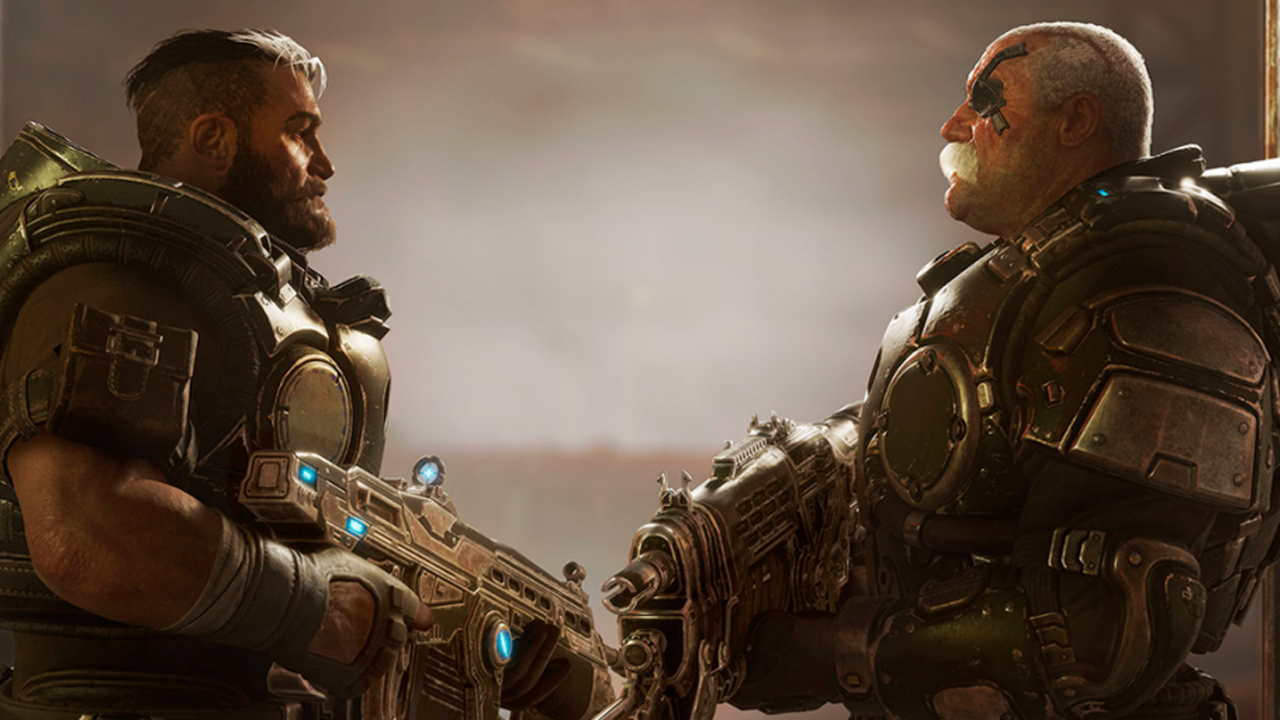 As the story progresses, more team members are added, some are key to the plot, whereas others are simply picked up along the way or through optional side missions. The player can drop squad members at any point to recruit new ones, with team management playing a cubical part in Tactics gameplay. Team members that aren’t’ essential to the story like Gabe, Mikayla, and Sid are, can also die during a mission, and they won’t come back.

This adds a gruelling system of risk and reward. There is nothing more heartbreaking in Tactics than levelling up a character and having them be a crucial part of your team, only for them to be surrounded or outflanked and lost forever. Similarly, sometimes a non-story essential character has to be sacrificed so you can keep other team members alive and complete the mission. This brings a real sense of loss and progression to the series in a very different way than previous Gears games have managed.

On top of several primary and optional levels, the various challenges add yet another level of complexity to each mission. The optional challenges, such as completing a level in fifteen turns, or killing six enemies in one turn, are often tricky but provide some great rewards. 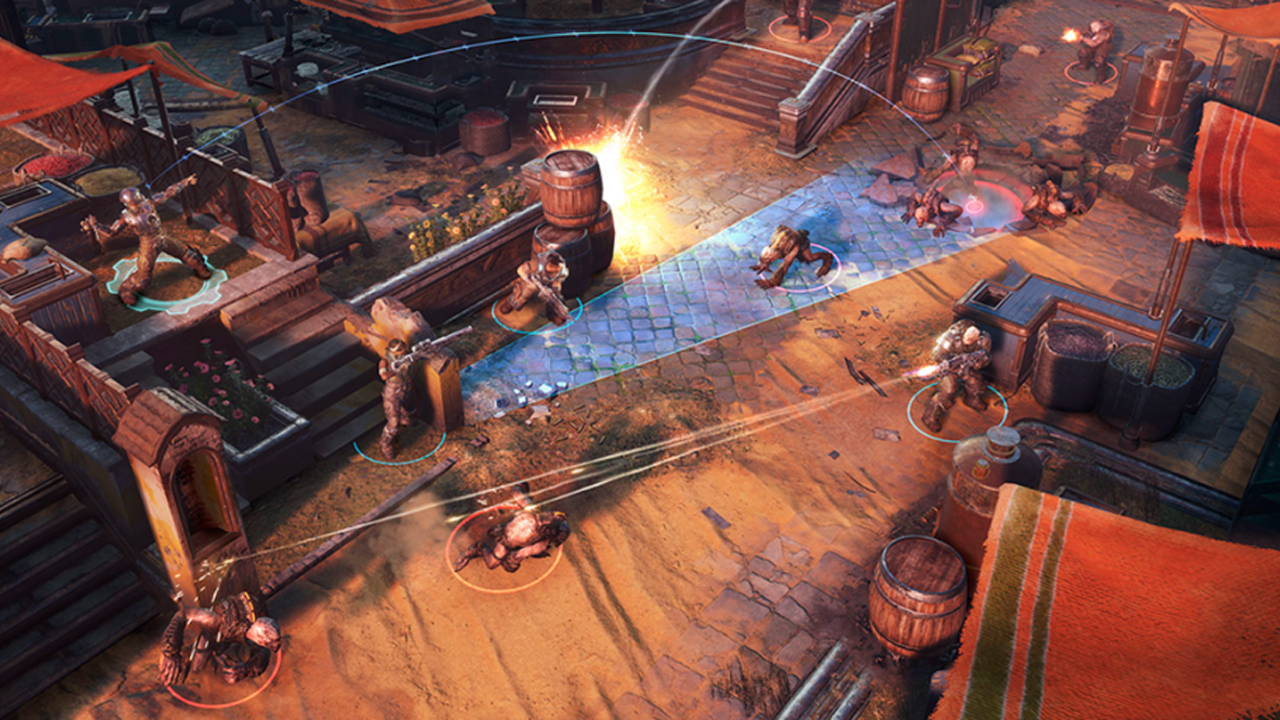 Something else new for Tactics is the levelling up and character customisation. Levelling a character is based around two separate branches, which allows the player to make two very separately skilled characters of the same class, or something in between the two. This adds even more depth to the team management side of the game, where squads can be tailored for certain types of missions, and recruiting new soldiers and characters becomes even more critical.

The game, unfortunately, stops short of allowing fully customisable Gears but allows the most customisation out of any Gears game so far. Absolutely everything, from the stock, to the scope, paint job, textures and decals on a weapon is changeable, as is the armour type, with lots of options and variations collected as the game goes on.

But where Gears Tactics shines as a true Gears game is its story – the cutscenes are just as good as they are on its series predecessor Gears 5 and tell a great story, that is everything a Gears of War game should be. 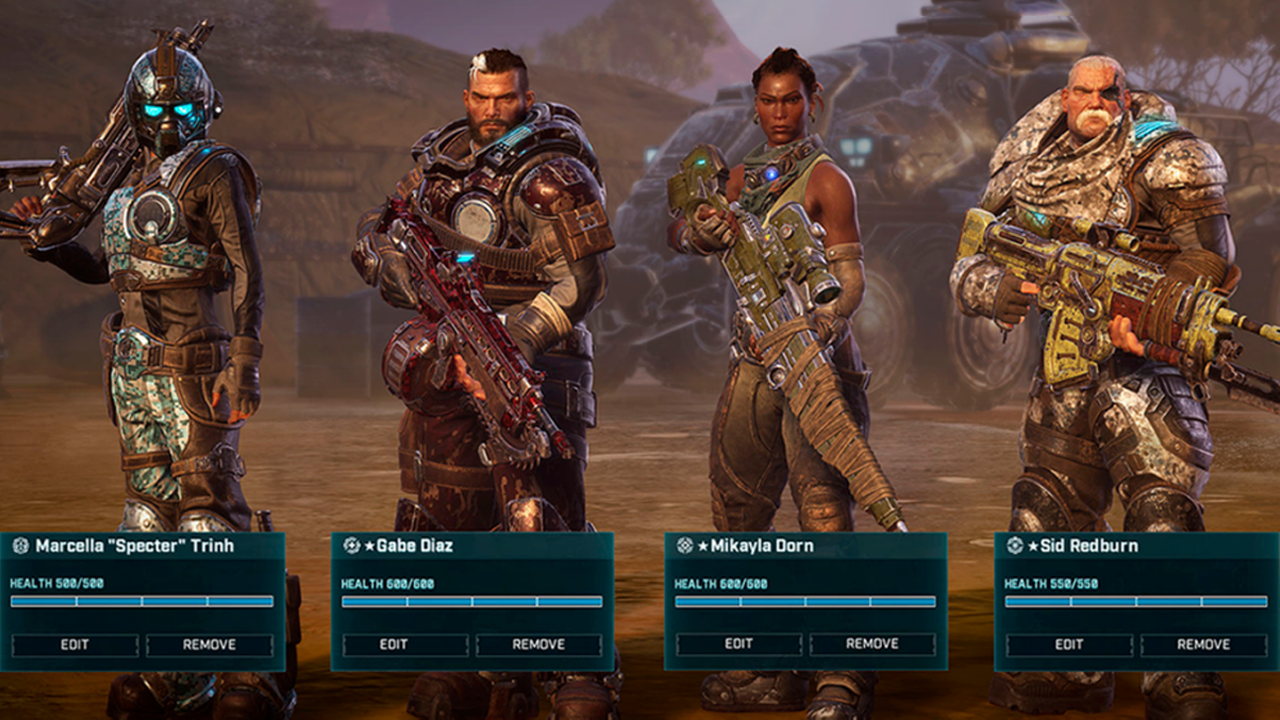 Following Gabe Diaz, Gears Tactics is set just before and then immediately after the Hammer of Dawn strike against the Locust, and so is a prequel to 2006’s original Gears of War.

The game follows Gabe’s journey to take down a Locust scientist named Ukkon, responsible for many of the most effective types of Locust. There is all of the mysterious COG missions, regular folk shouting that the soldiers are fascists, soldiers going against their orders, fights against giant Brumak’s and everything else you’d expect from a Gears of War game.

The links to the main Gears series include seeing Marcus Fenix in flashbacks, and Chairman Prescott as a supporting character throughout, but the most important connection is that Gabe Diaz is the father of Kait Diaz, who starred in both Gears 4 and Gears 5 (the latter of which featured her as the main playable character). 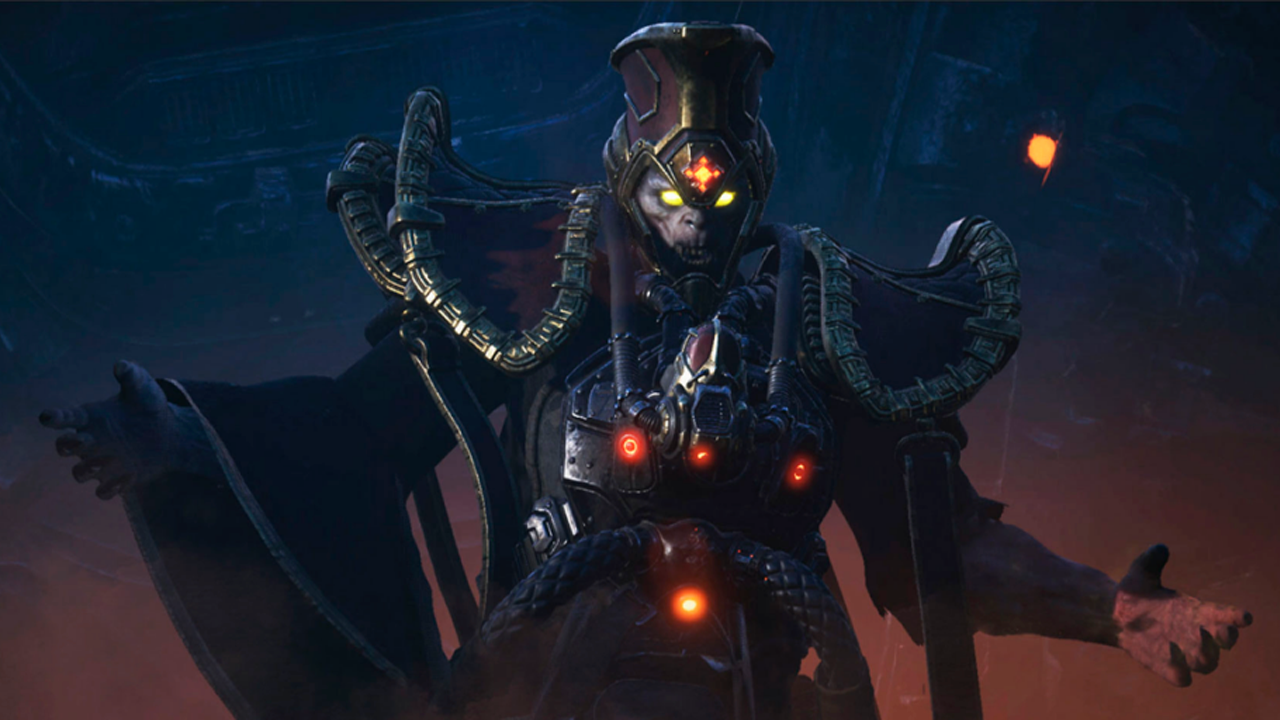 Making Gears Tactics even more interesting is its launch, like all other mainline Xbox first-party games, on Xbox Game Pass. So anyone with Game Pass got instant access on release day, and could even preload the game days earlier. But of course, Gears Tactics launched only on PC which has been an issue for many Gears fans. With the Xbox franchise diverging from its roots, it’s easy to see why many would simply wait for the game to be released on Xbox, whereas many others simply won’t have a PC capable of running the game.

But on the business side of things, it’s a massive push for Xbox. It says a lot about their attitude towards PC gaming, which is particularly interesting as it comes only a few months before the launch of the next console generation.

In short, Microsoft is serious about building an ecosystem of ‘Xbox’ fans, that can play the games and franchises they love across various platforms, tuning Xbox into more of a brand, and less of a single console. 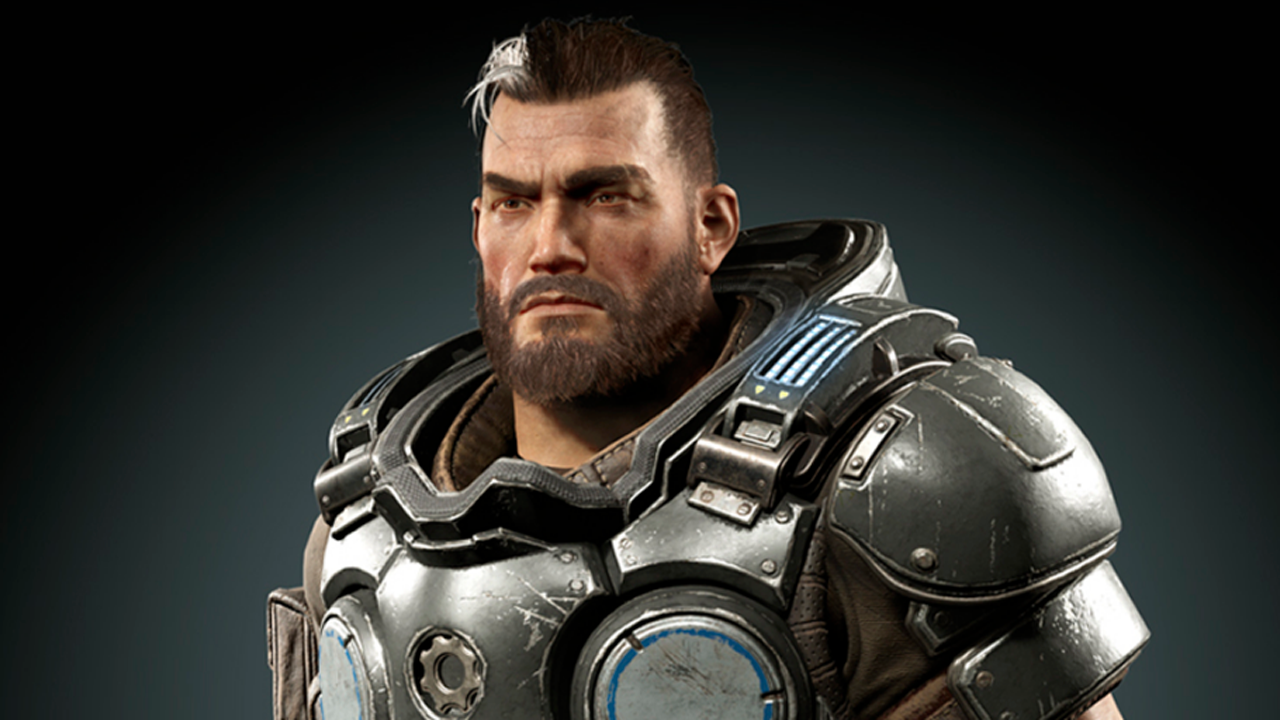 Ultimately Gears Tactics shows that Microsoft is more serious about Gears than ever. Gears 5 was the best version of what the tried and tested tractional Gears of War could be (so far), but Tactics shows how eager the studios behind the series are to push it into new and varied directions. Tactics may not be for everyone (quite literally as it’s only launched on PC), and it might not even be for the Gears series’ core third-person shooter fan base, but this game is still a Gears of War game, it’s just got a different delivery method. All in all, Gears Tactics is a great game, and most importantly, a great Gears game, one that will hopefully pave the way for a much bigger, more varied series in the future. 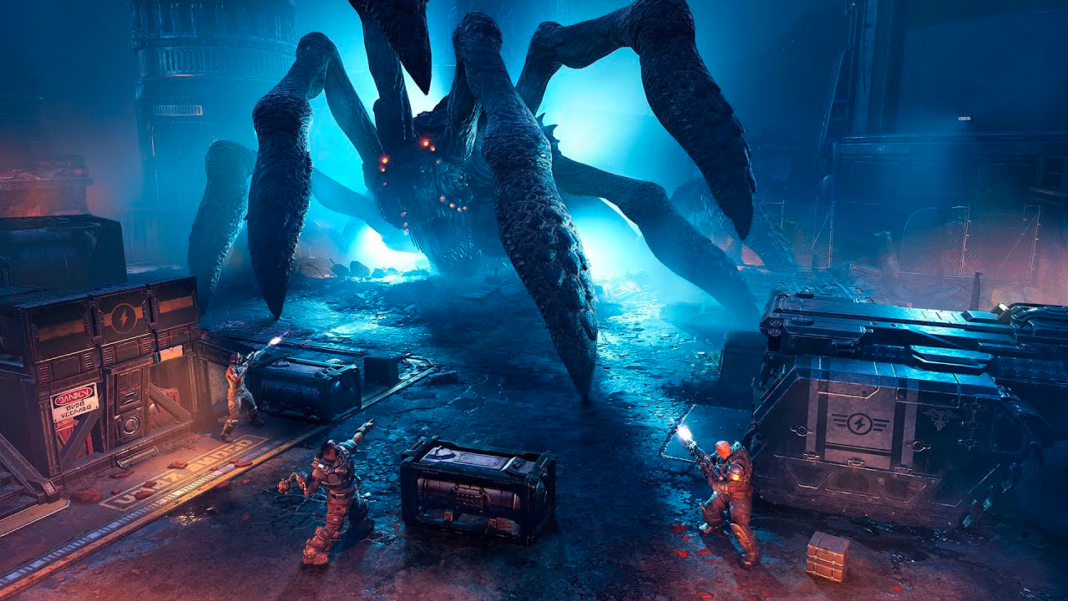