Marvel’s She-Hulk takes one of the biggest swings of any of the MCU Disney Plus shows. Not only is it led by an all-new character (something only two of the other seven MCU Disney Plus shows have done), but it is also the first all-out comedy, a law procedural, and in yet another first for the MCU, has plenty of fourth wall breaking nods to, and conversations with, the audience. 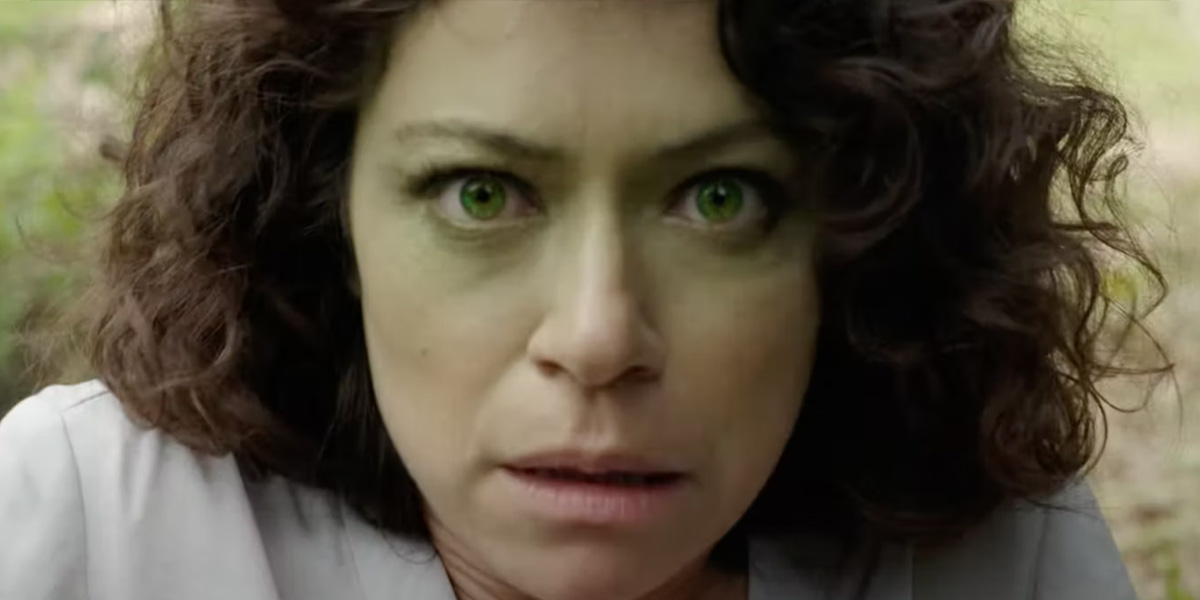 If that sounds like a lot, it’s because it is – and for such a big swing She-Hulk almost completely hits. The characters are fun and engaging, the action is what you’d want from an MCU project, and the law procedural element of the show is actually present throughout and not just something that pops up here and there.

In terms of the story, She-Hulk: Attorney at Law follows Jennifer Walters, who rather than becoming a superhero after some of the Hulk’s blood ends up in her system, decides to remain a lawyer. Jen is able to control her powers and Hulk form without any tech or years of training like her cousin Bruce, and yet faces a whole different set of problems.

These range from not getting her own identity and simply being called “She-Hulk”, being sued for the copyright of that name (that she doesn’t even really like), losing in court to a certain blind lawyer/superhero, being forced to represent Emil Blonsky/Abomination, and an underground network leaking her private information and a sex tape – simply because she is a woman. 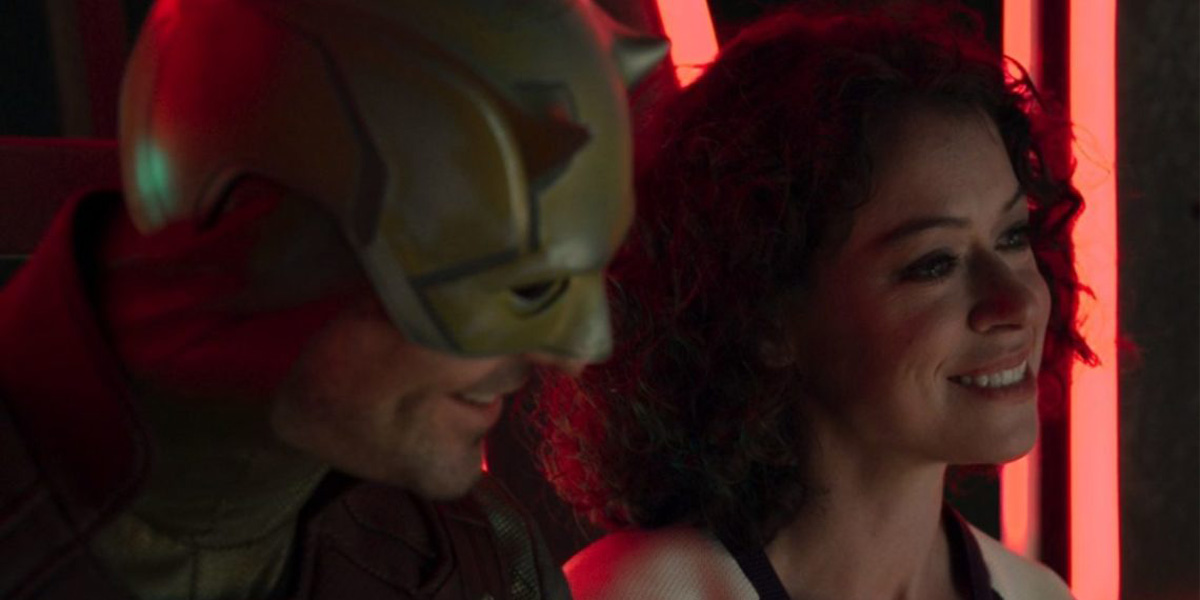 Character-wise I would argue that some characters end up being a little under-utilised, namely Renée Elise Goldsberry’s Mallory Book. But other than that most of the relatively large supporting cast all get their chance to shine adding to a somewhat disjointed story that comes together quite well in the end.

Overall, however, and as good as everyone in the show is, most of She-Hulk’s success comes down to Tatiana Maslany. Tatiana is perfect as both Jennifer Walters and She-Hulk. And is particularly good at showing the struggle between the two identities, and the perks and pitfalls of both.

On top of the introduction of several new MCU characters, the return of characters like Wong and Emil Blonsky, and the continued reintroduction of Matt Murdoch from Spider-Man: No Way Home (and MCU debut of Daredevil) She-Hulk adds another layer with its fourth wall breaking. Both She-Hulk and Jen Walters regularly look to the camera and directly interact with the audience. 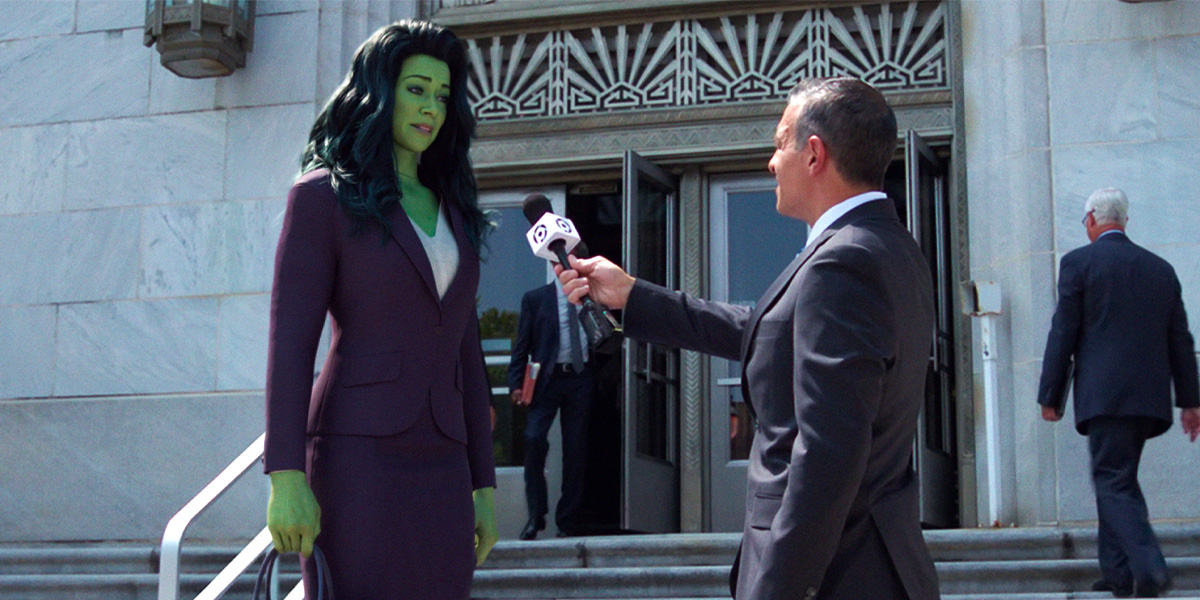 The fourth-wall-breaking ranges from simple jokes and winks at the camera to more complex storytelling telling and even addressing any questions or issues the audience may have.

This culminates in a truly mind-bending finale that without jumping into too many spoilers sees She-Hulk breakout of Disney plus and interacts directly with the real (ish) world Marvel Studios.

But where the show goes the extra step is by really trying (and succeeding) to say something about the double standards in society, and how people treat and discuss the (few) female superheroes we have, vs. their male counterparts. 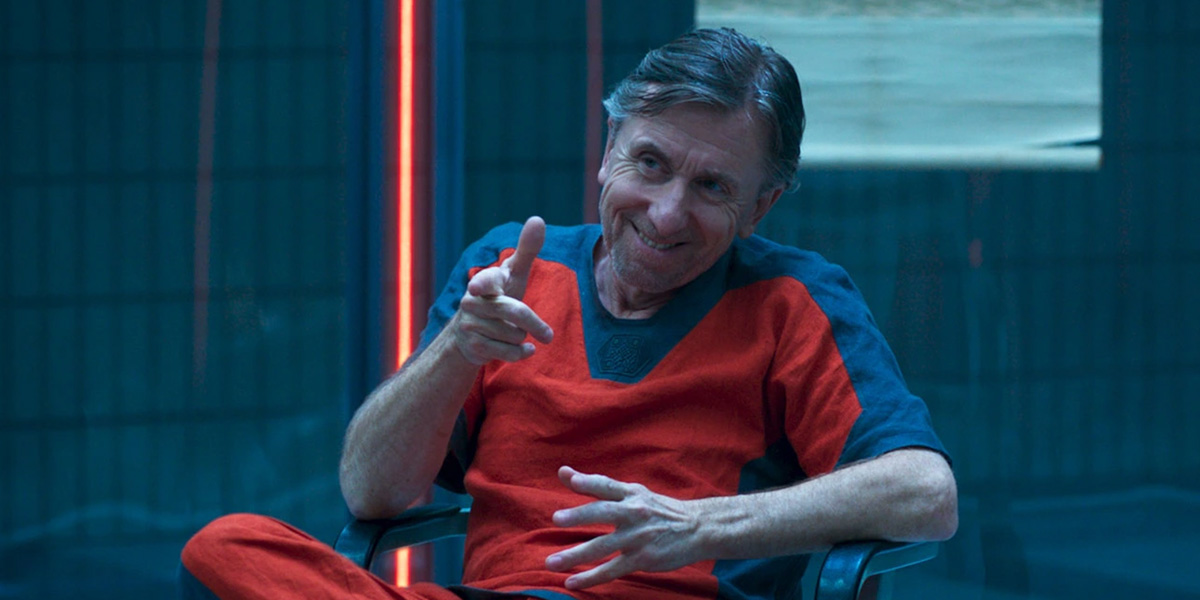 The objectivity that people treat She-Hulk with runs throughout every part of the show, starting with her being able to better control and conceal her rage at the way people treat her because she is a woman (and very used to doing that).

Along with how she is dubbed “She-Hulk” and not given her own name, how she is hired and goes on dates simply as she is She-Hulk, with no interest in Jen Walters herself.

And even in her Hulk form, Jen faces criticism, objectification, and abuse at nearly every turn – she really can’t win. And to prove that point even further, several of the online comments seen criticising She-Hulk in the show were taken from real-world comments criticising the character designs and trailers. 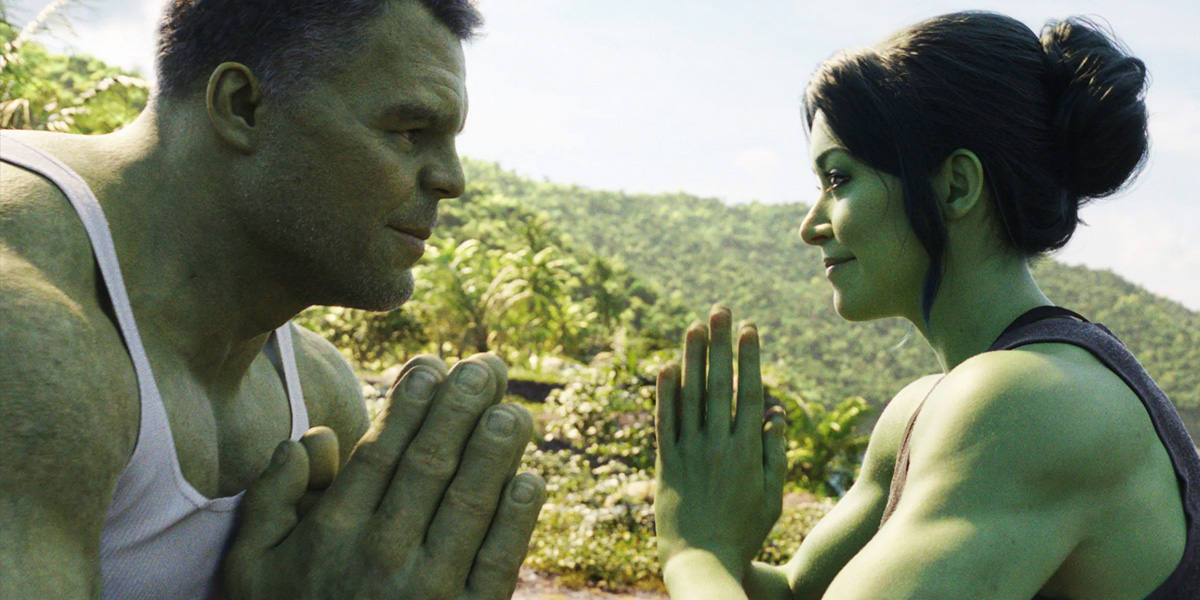 Overall She-Hulk manages to take the expected elements of a superhero story, turn them on their head in a meta fourth-wall-breaking comedy, but on top of that manages to advance the stories of other key superheroes like Hulk and Daredevil – and if all of that wasn’t enough – shines a light on the plight of female superheroes in the MCU, and by extension female celebrities in real life. 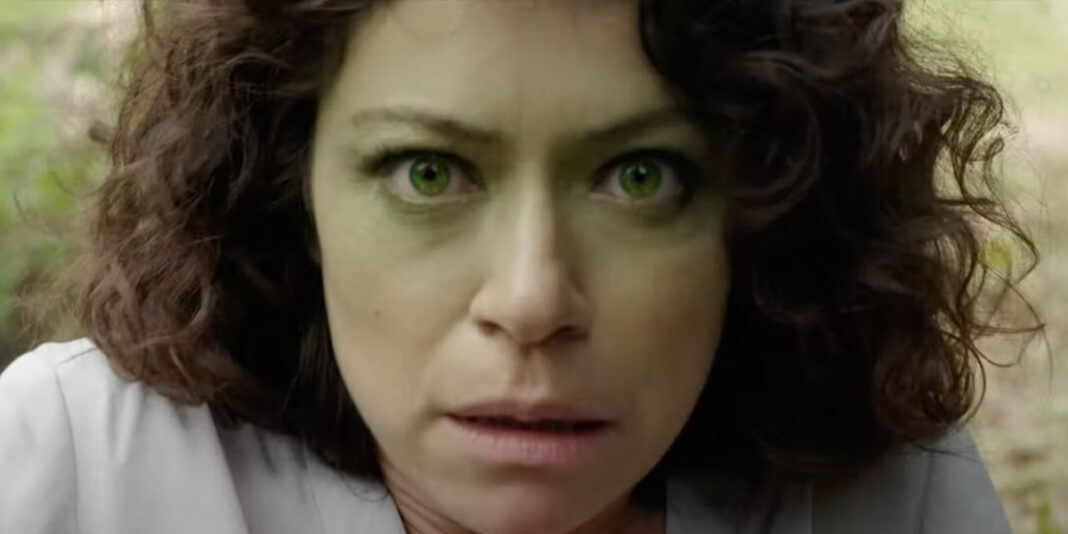