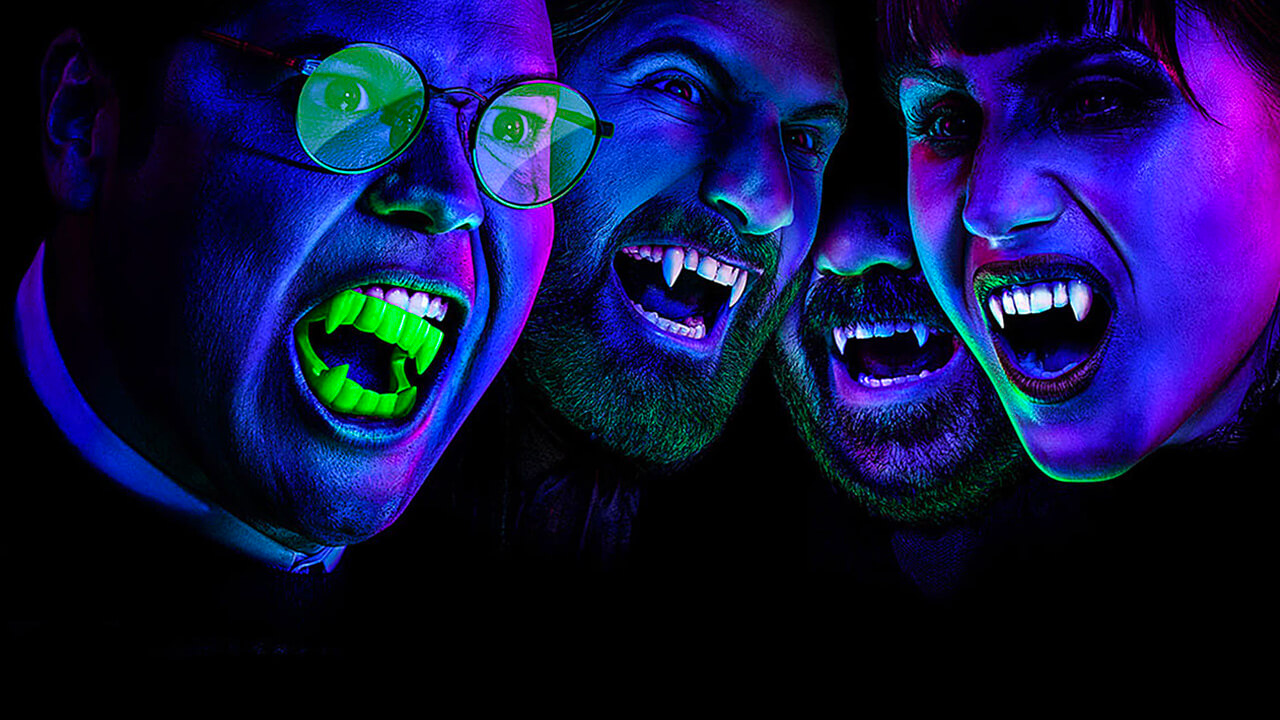 It is worth noting that the What We Do in the Shadows universe has already been heavily expanded in the Wellington Paranormal series, a show that focuses on Police Officers Minogue and O’Leary who first appeared in the feature-length film. Wellington Paranormal, also created by Jermaine Clement and Take Waititi, focuses on the two police officers being recruited into the Wellington Police’s Paranormal Unit and introduces aliens, ghost, spirits, and even revisits the vampire Nick from the movie.

The increased focus on more creatures and beings in the second season is elevated from the first episode onwards. Nearly every episode of the second series revolves around the vampires encountering something new (to the audience at least). 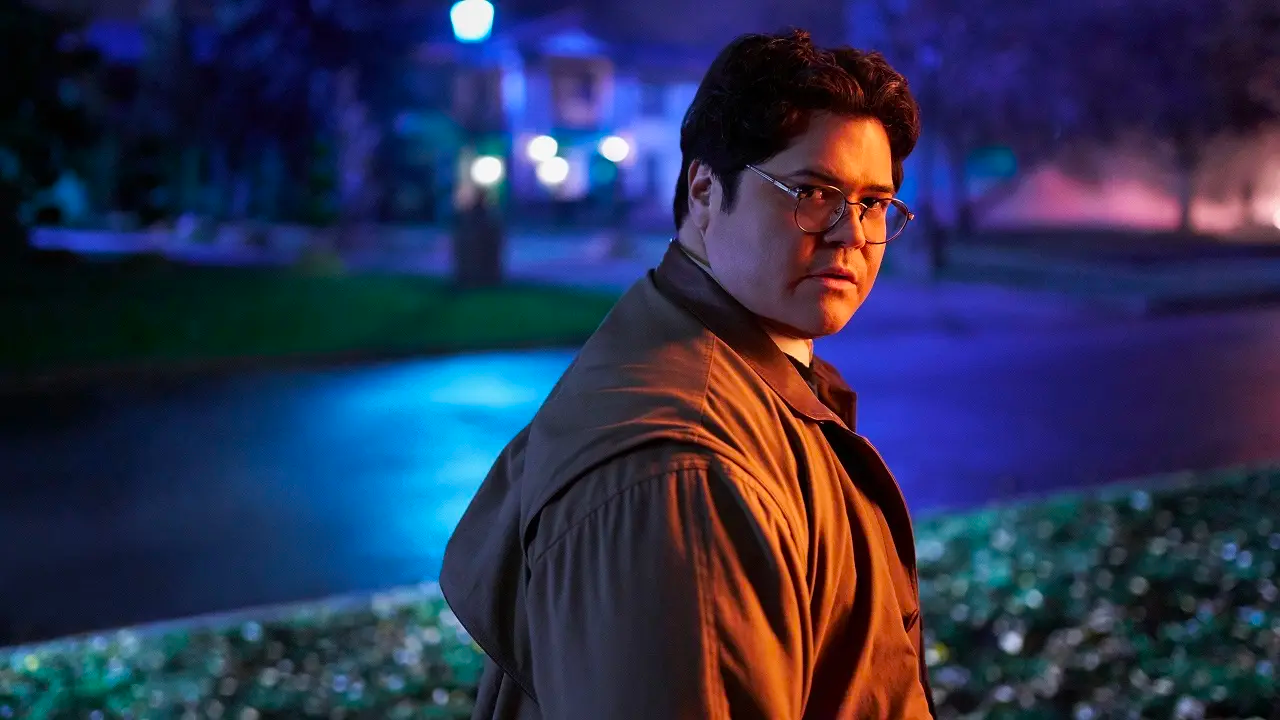 The first sees Benedict Wong introduced as a scat-singing Necromancer and Haley Joel Osment’s Topher turned from the Vampire house’s new favourite familiar into a zombie. We also meet Ghosts and Witches in the aptly named Episode 3 “Ghosts” and Episode 9, “Witches”.

In the fifth episode, Colin’s Promotion, the full powers of an Energy Vampire are revealed, showing Colin with a number of new powers including being able to fly, draining people just by pointing at them, and an unfortunately large head. In the seventh episode, Colin even meets an internet troll that turns out to be a literal troll.

But even episodes that don’t focus on bringing new creatures and paranormal mainstays into the Vampire based mockumentary, add to the lore in significant ways. The third episode, Brain Scramblers, for example, introduces no new creatures but instead shows the repercussions of a double Vampire hypnoses and explores the vampire’s lack of ageing as it is revealed Nadja used to know their neighbour Sean’s mother when she was a child. 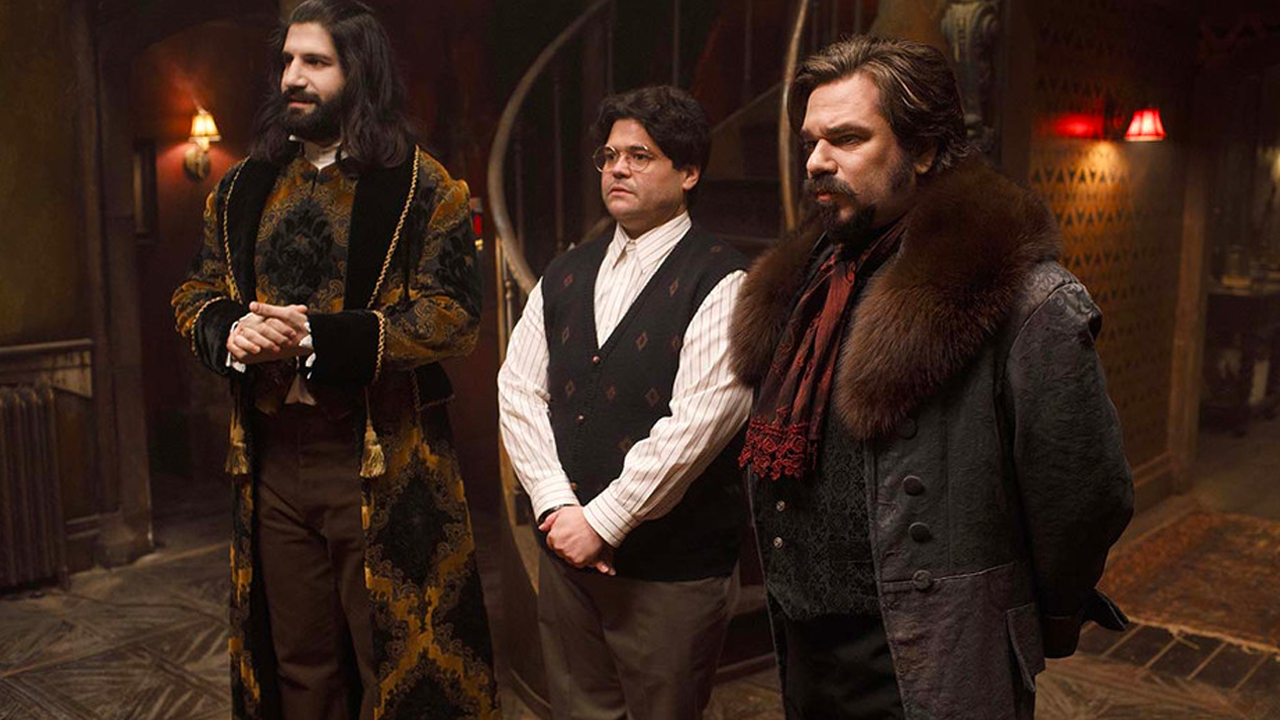 What really sets What We Do in the Shadows apart is that it does episode after episode of intricate world-building, whilst making sure to wrap it up in as much comedy, chemistry, and vampire shenanigans as fans of the movie and first series would expect.

Some What We Do in the Shadows Season 2 highlights include Laszlo on the run from Mark Hamill’s Jim, pretending to be a human bartender named Jackie Daytona, the vampires struggling against an email chain “curse”, the revelation that Laszlo and Nadja have created many of the worlds most popular songs, and of course Guillermo struggling to suppress his Van Helsing, vampire killing ways.

The season is also padded out by some incredible guest stars like Mark Hamill as Jim, a disgruntled landlord who Laszlo has owed money for decades, the return of Nick Kroll’s Simon the Devious, Craig Robinson as Claude the leader of the hopelessly inexperienced vampire hunting group/mosquito collectors club, Lucy Punch as Lillith the leader of a group of Witches, and the return of Jermaine Clement’s Vladislav from the What We Do in the Shadows movie. 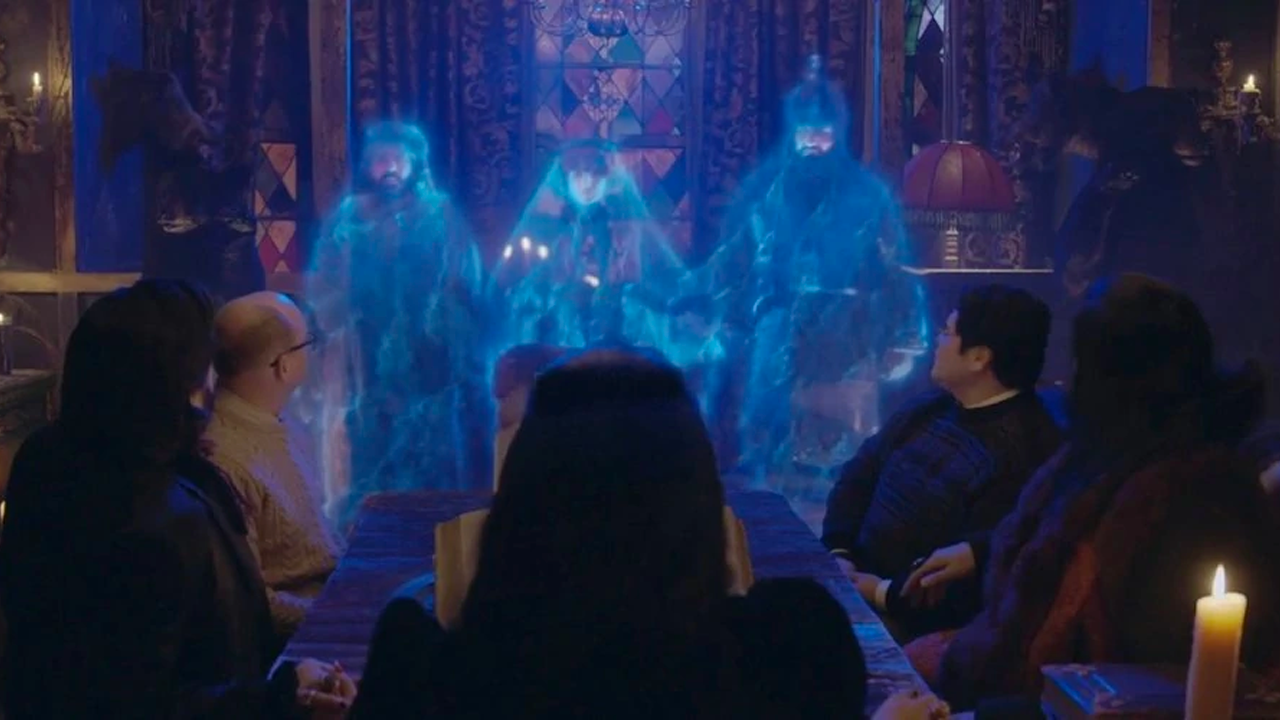 Kayvan Novak’s Nandor perhaps takes more of a back seat in the second season, making way for more Guillermo and Colin Robinson, but still shines as the seven hundred and fifty-year-old “Relentless” warrior. Matt Berry’s Laszlo and Natasia Demetriou’s Nadja’s chemistry is even better in Season 2, selling the idea of a couple who have been together for over two hundred years perfectly.

Guillermo’s arc sees him struggle to suppress his vampire-killing talents, and even inadvertently discover and join a vampire hunting group, whilst also finally standing up for himself against Nandor and demanding daily breaks and a day off per week. Additionally, the inclusion of much more Colin Robinson as the houses relentless energy vampire (the only one that can feed off his housemates) is the icing on the cake.

Whether the focus is on Guillermo killing vampire assassins that Laszlo, Nadja and Nandor are blissfully unaware of, the vampires helping their own ghosts with their unfinished business, or even being kidnapped by witches for Vampire semen, the show balances its world-building, character development and comedy perfectly, and hopefully, as the vampires will be around for hundreds more years gets to continue showing their antics for many more seasons. 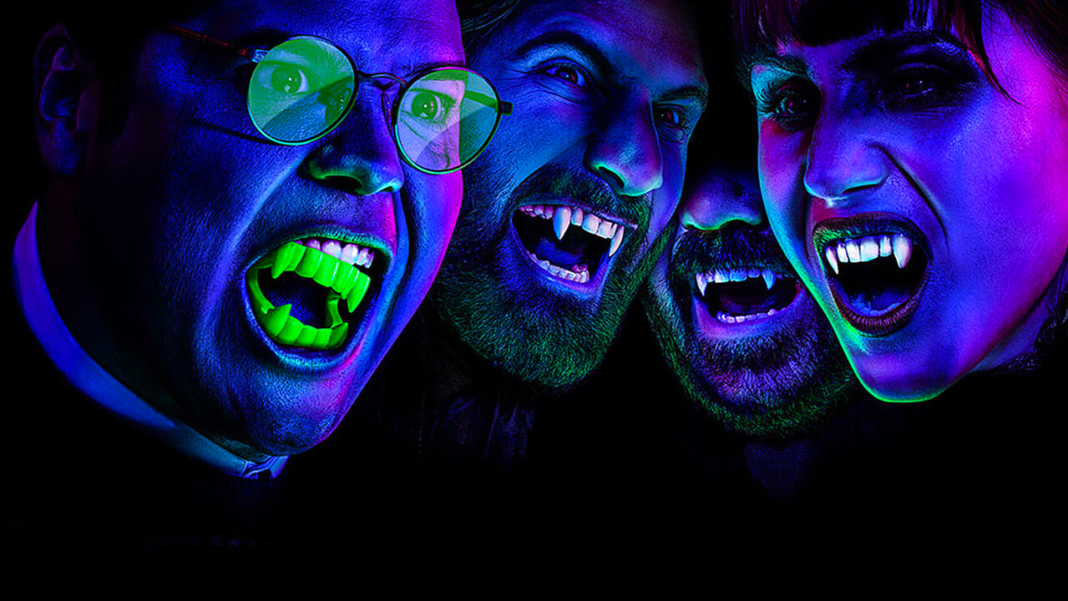