Going into The Orville you’d be forgiven for thinking that it was nothing more than a dumb Star Trek parody from the guy who made Family Guy. And, that isn’t totally wrong, that is after all how the show was marketed prior to its release. The trailers showed us what looked like a silly, simple, and somewhat unoriginal Star Trek rip off with a load of crude jokes and adult humour thrown in to make it feel fun.

But after watching the first few episodes (and then the entire season) however, you quickly see that this isn’t the case at all, The Orville is actually something special in its own right, and I’d argue it leans much further into a homage than a parody.

Yes in a lot of ways it is a pretty shameless rip off of classic Star Trek, and there is definitely more than its fair share of adult humour in there, but none of it feels overly forced and in all honesty the characters and story take centre stage more often than anything else.

The show opens in the year 2418 with Seth McFarlane’s Ed Mercer walking in on his wife sleeping with a bright blue alien, we then jump forward a year to Ed (despite spending the past twelve months drinking and slowly ruining his career) getting the chance to captain an exploratory vessel known as The Orville. He brings along his best friend Lieutenant Gordon Malloy, who happens to be the best pilot in the Union (the Orville’s version of the Star Fleet), and is also somewhat of a drunk who doesn’t take his job all too seriously. 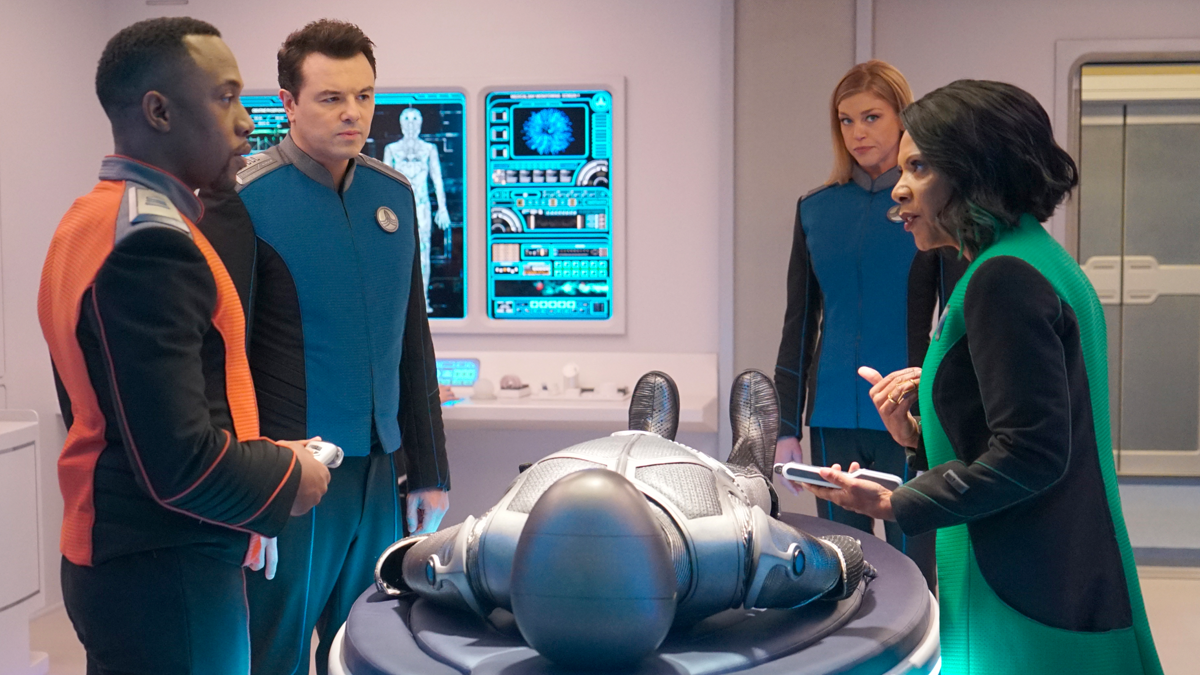 Once on the ship, they meet the rest of the crew that includes the Orville’s Chief Medical Officer Doctor Claire Finn, Lieutenant Commander Bortus, the ships’ second officer, Lieutenant Alara Kitan, the Orville’s Chief of Security, navigator (and later chief engineer) Lieutenant John LaMarr, and lastly, Isaac the Science and Engineering officer, who happens to be an alien robot. The real kicker for Ed comes when he finds out his first officer is going to be Kelly Grayson (Adrianne Palecki), his ex-wife.

Each of the shows main characters has obvious connections and parallels with various Star Trek series. You would be forgiven for thinking that those familiar feeling characters, coupled with the ‘ex’s who now hate each other, but maybe don’t really’ trope would get old fast (as it so often has on TV), but it really plays less of a role than you’d expect on the show (again going against how the show was originally marketed). It’s definitely there and has it’s ups and downs, but never gets in the way of the story, and is dealt with pretty maturely overall.

What we do get in the show is a solid exploration of its main cast, showcasing how different species interact, and some unexpectedly deep storylines, that include an all-male species giving birth to a female and wanting her to have a sex change at birth, a society whose entire social structure and the legal system is based on giving each other upvotes and downvotes, and a world from another universe worshipping one of the Orville’s crew as a god. 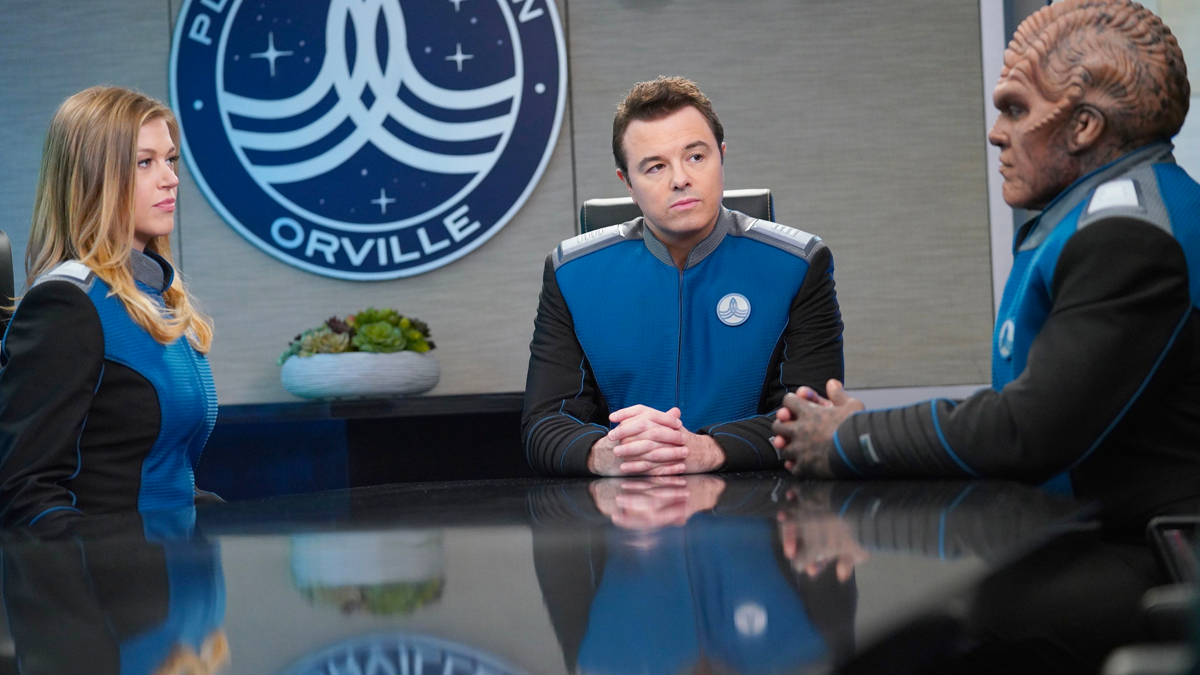 Overall I‘d argue that the show comes off as more of a love letter to Star Trek than anything else, one through the scope of Seth McFarlane’s particular brand of humour.

Although I think the show does enough to stand out on its own merit, the comparison to Star Trek is inevitable. When looking at a direct comparison, the most obvious would be the official Star Trek series that began around the same time as the Orville, Star Trek Discovery, it’s clear the two are taking a very different approach.

Where the Orville offers a throwback space exploration show akin to Star Trek the original series, and in particular Star Trek: The Next Generation and Star Trek: Voyager (both of which had a particularly 90’s feel – something The Orville goes out of its way to emulate), Star Trek: Discovery gives us a more modern, grounded and gritty reboot of the Star Trek franchise, combining elements from the recent movies and the original show. 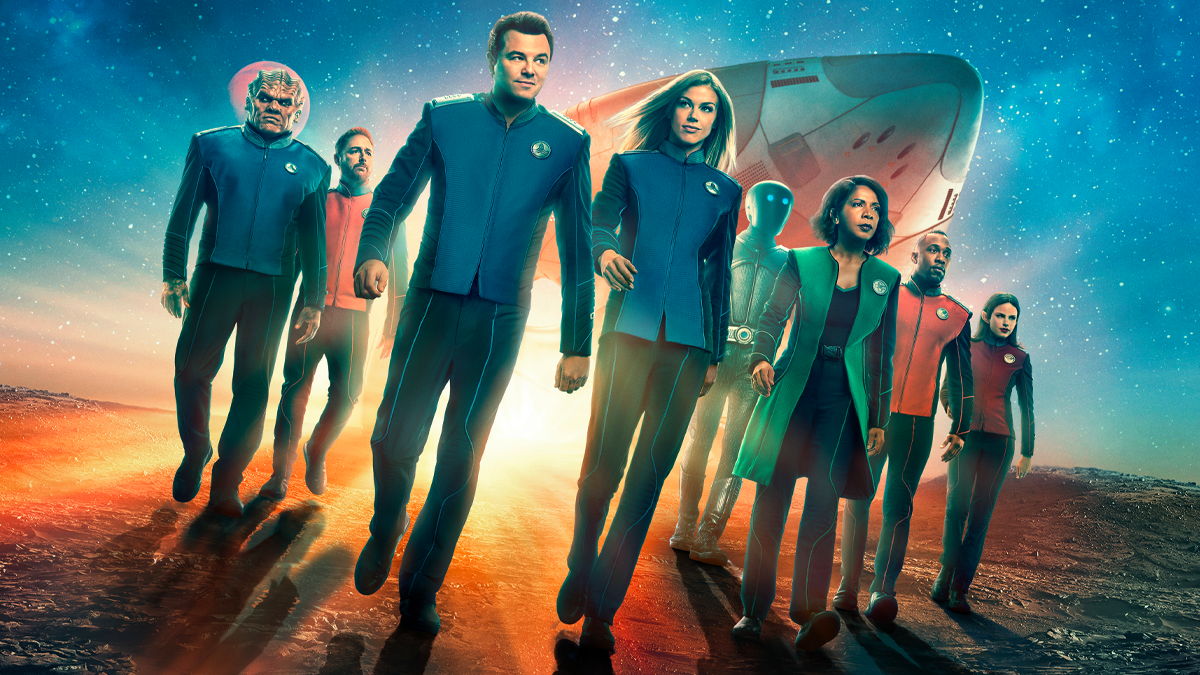 Arguments among fans have debated which of the shows is ‘more Star Trek’, with both Star Trek: Discovery and The Orville seemingly focussing on different elements of what made the original Star Trek series. Either way and no matter which you prefer now is as good a time as any to be a Star Trek fan, with shows such as The Orville out there to make sure the spirit of the original shows lives on. 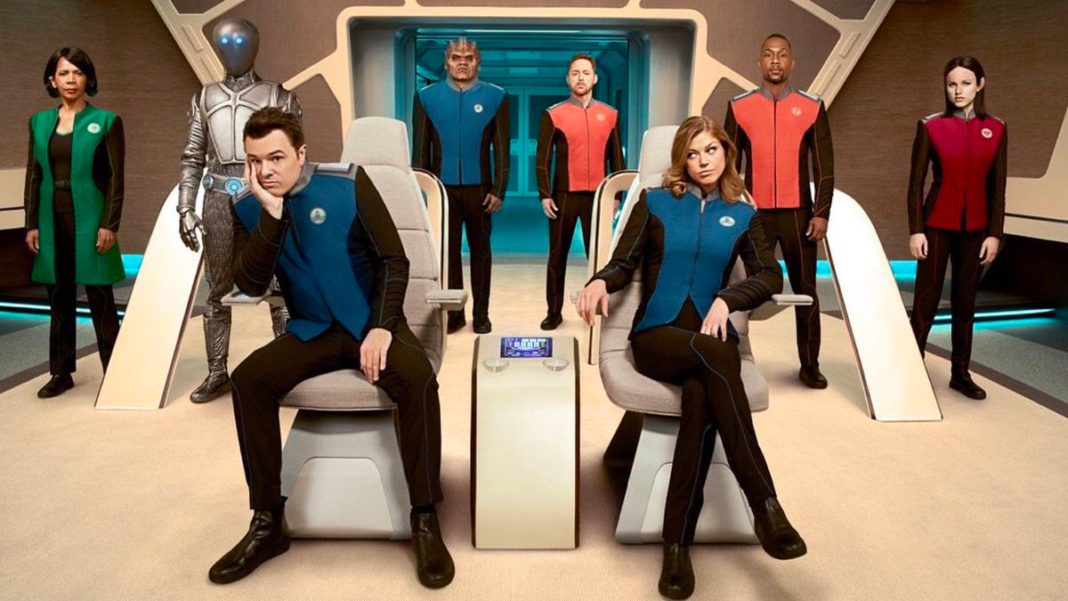 How The Orville is Much More than a Star Trek Parody