Kingsman: The Golden Circle delivers more of the brilliantly over the top action and hilariously self-aware nature, seen in the first Kingsman movie. It combines its style and substance with some solid character development and great performances into a great second instalment to the budding Kingsman franchise. 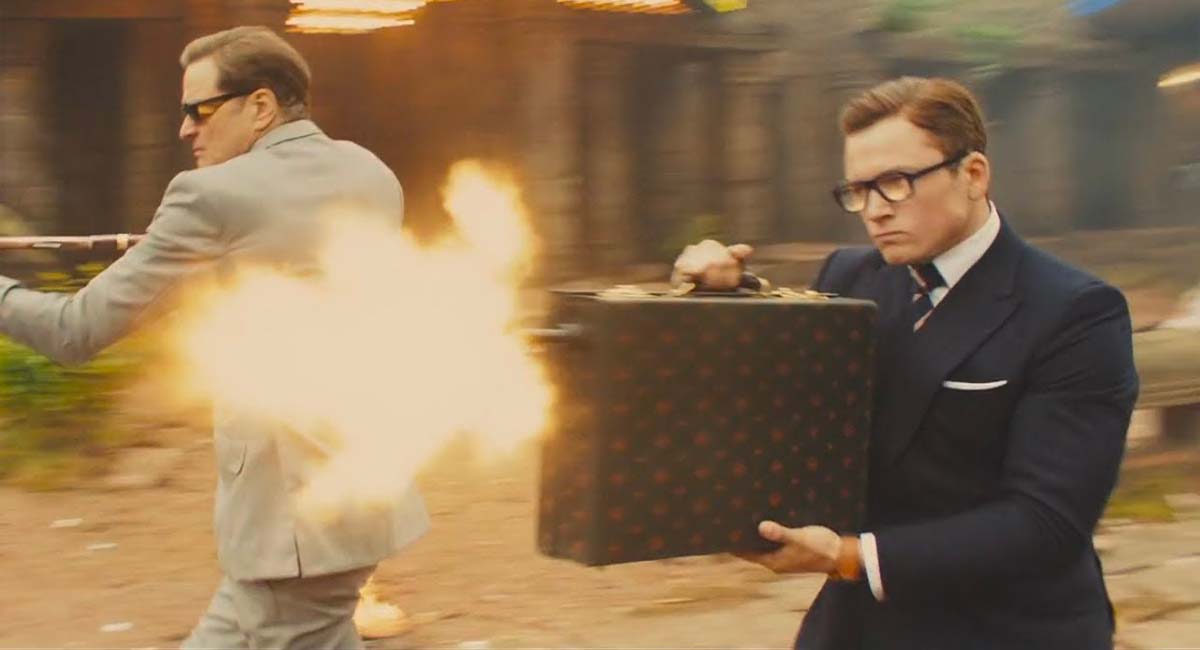 The second movie focuses on a secret war between a rebuilt Kingsman agency, their American counterpart ‘Statesman’, and the mysterious crime gang The Golden Circle. The story sees the three organisations interweave and bump heads, along with everything else you’d expect from the return of Taron Egerton’s Eggsy, Colin Firth’s Harry Hart, and Mark Strong’s Merlin.

Julianne Moore’s Poppy, leader of The Golden Circle, decides the first move in her bid for global domination is to take out the Kingsman, and (as we’d already seen in the trailers) does a pretty good job of it. As the last survivor’s Merlin and Eggsy, initiate the Doomsday protocol.

This leads them to the US-based ‘Statesman’, who turns out to be the American version of Kingsman, a secret and independent spy organisation out to save the world. 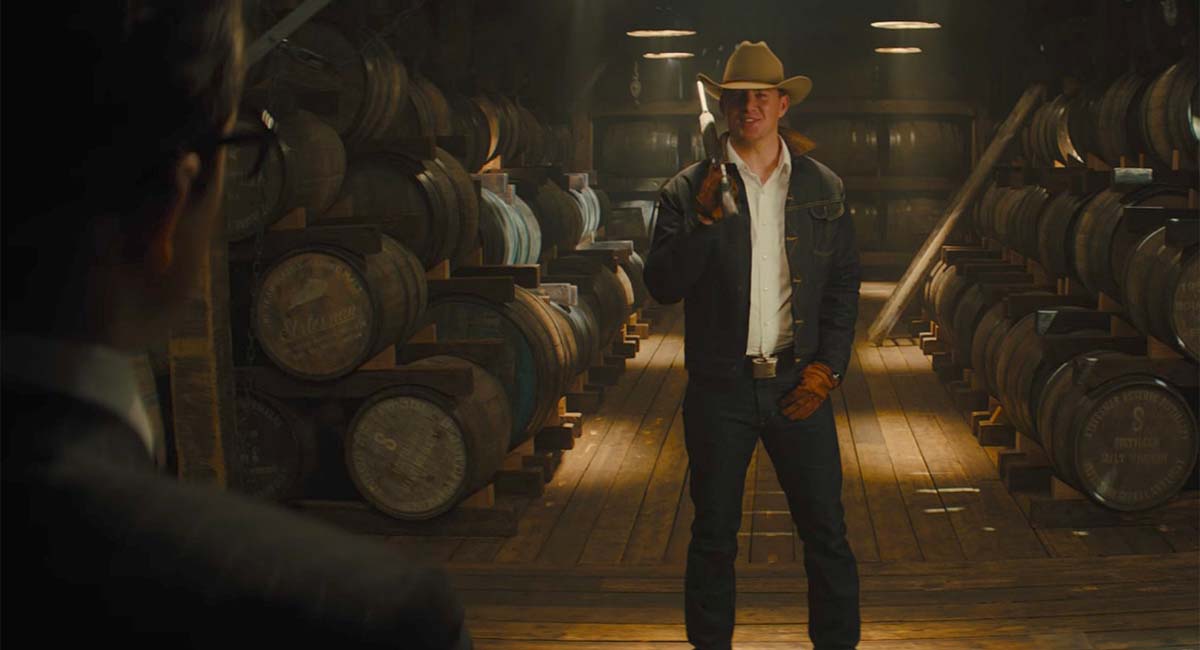 Complications ensue when neither of the organisations knows anything about each other despite their somewhat shared origins, and only get even more complicated when the Statesman reveal an alive Harry Hart.

But Harry doesn’t remember his time as a Kingsman agent at all and appears to have reverted back to a time just before he became a world-class super spy.

The two organisations then team up to take on Poppy and the Golden Circle, thwart the American president’s nefarious scheming, and save the world. 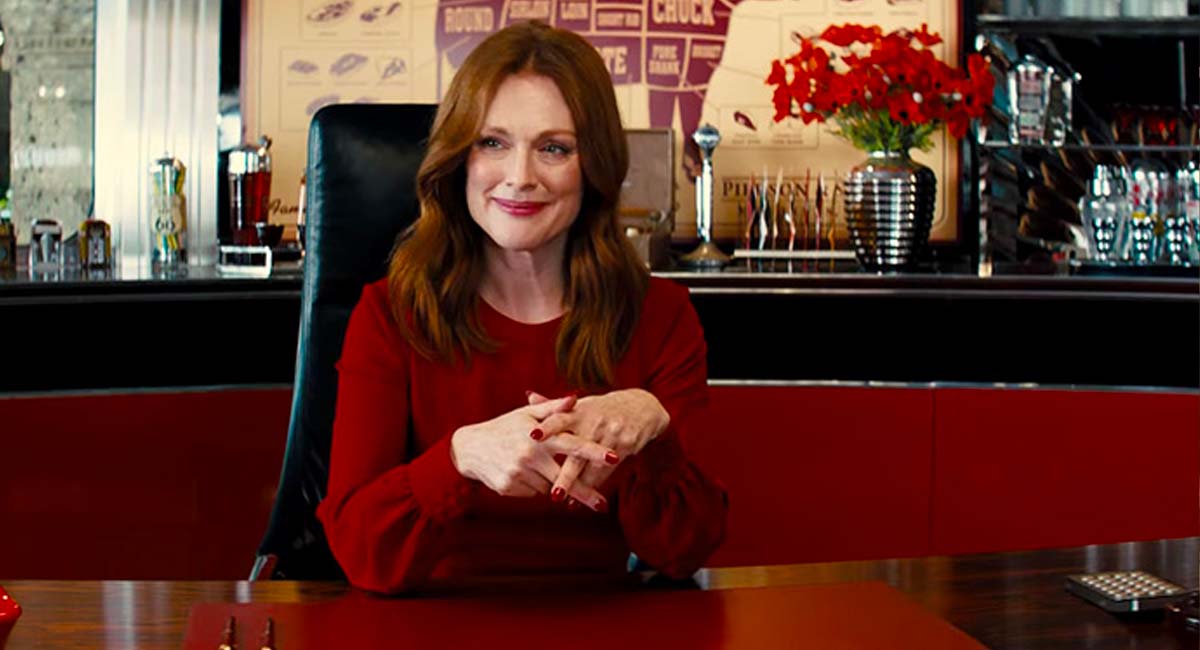 Like its predecessor, one of the movies’ biggest assets is its unpredictable nature. The first Kingsman film followed a simple structure; Eggsy was recruited, is the underdog but ends up being the best, becomes an agent just in time to defeat the big bad guys and save the day.

And although I’d argue that Kingsman: The Golden Circle shares this similar approach in its relatively simple plot, as we saw with the first a number of diversions, and a self-aware tone makes it really stand out as something different and unique – in particular for a spy film.

Things like, once again killing off the Kingsman agency, and Eggsy being one of the few people who can save the day are what you’d expect from a spy movie. But the return of Harry Hart, a particular twist with the bad guys, and things like Roxy’s unfortunate fate, and Eggsy actually getting married at the end are all unexpected and even more so when you consider this is only the second movie in the series. 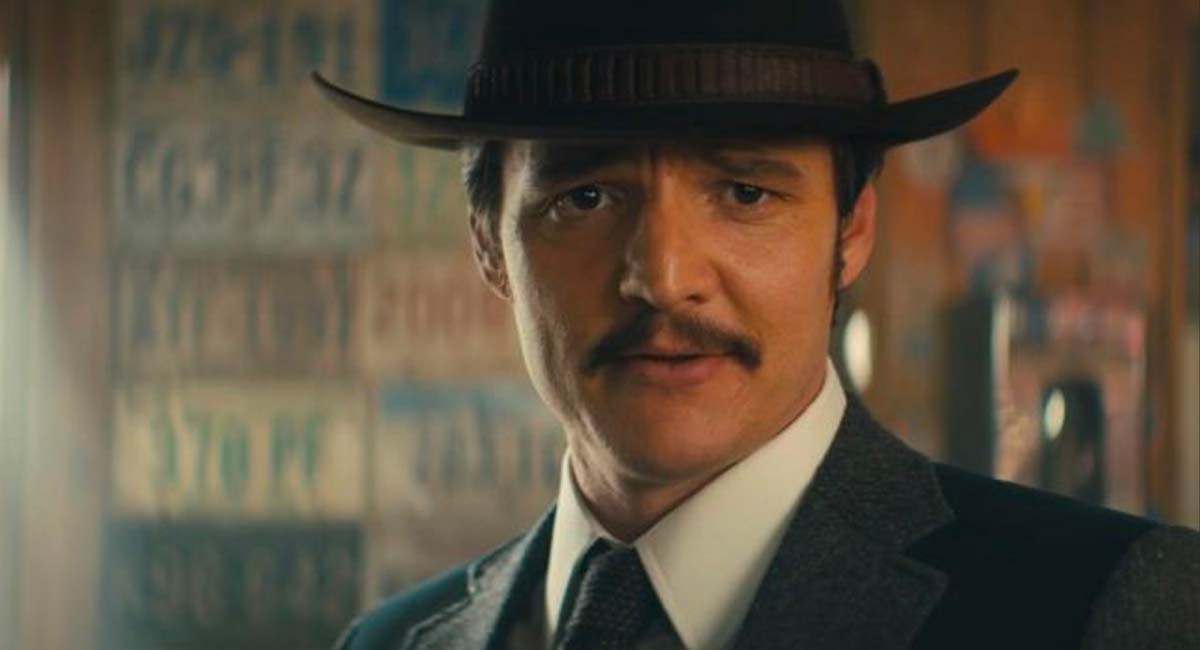 That said, there were some things that did feel a little off with the film. Harry and Eggsy both being agent Galahad, felt like it was leading into the older agent becoming the new Arthur at the end of the movie, which didn’t happen.

Similarly, Channing Tatum’s Tequila was barely in the movie and only featured in about three and a half scenes. That coupled with an early tease from Tatum that his character would have a lasso, which in the final film ended up being Pedro Pascal’s Jack Daniels character, seem to imply that there was some moving around of characters and perhaps scheduling issues with some of the bigger actors in the movie.

Speaking of the cast; Taron Egerton’s Eggsy, Colin Firth’s Harry, and Mark Strong’s Merlin are all as solid as they are in the first movie and this story feels like a very natural fit for all of them (which many sequels often fall short in doing). 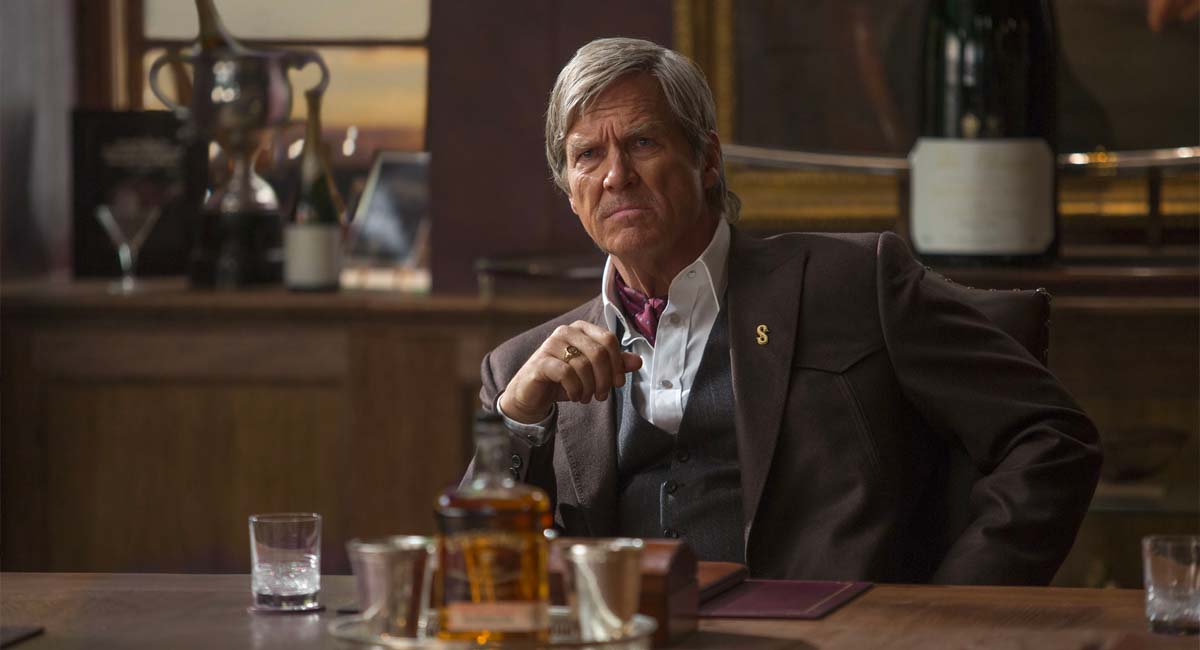 Equally impressive are the Statesman agents, with Jeff Bridges, Channing Tatum, Pedro Pascal, and Hale Berry all delivering enjoyable US counterparts to our favourite Kingsman agents. Edward Holcroft’s Charlie Hesketh isn’t necessarily someone I’d have argued should have returned in the sequel, but he proves a great henchman for Julianne Moore’s Poppy, who is more than a match for Samuel L. Jackson’s kooky evil supervillain from the first movie.

As a franchise Kingsman has done everything right so far. The first movie looked to introduce all of the players along with the super-secret spy agency and did so very well, telling a self-contained story that didn’t necessarily need a sequel (but definitely created the anticipation for one).

Kingsman: The Golden Circle however takes it a step further, acting as an even bigger platform for where to go next. 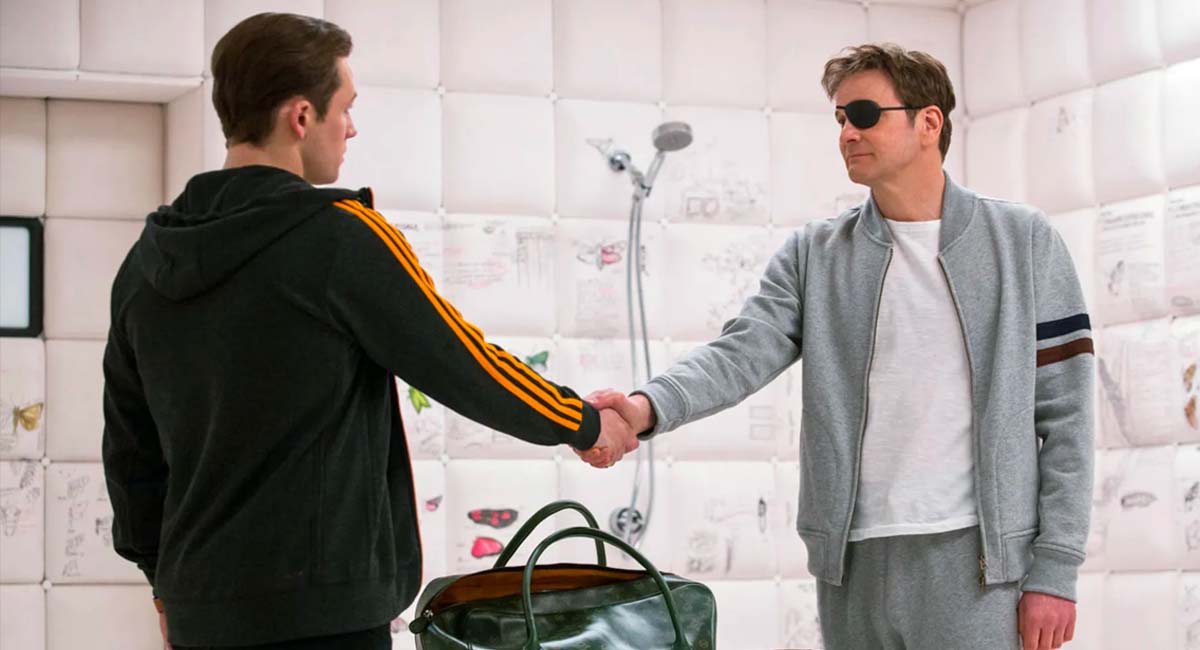 The ending of the movie gives us yet another new Kingsman agency (our third iteration so far, if you’re keeping count), and as Chaining Tatum’s Tequila arrives in London it is clear we aren’t done with the Kingsman/Statesman team up quite yet.

As far as a third movie goes, Vaughn has made it clear there are plans in motion, and that ideally, he’d see Dwayne Johnson as the villain… which would be awesome.

A somewhat obvious (but unlikely) choice for the next movie would be to have the heroes find yet another independent secret organisation of spies that utilises a number of a particular countries’ stereotypes as guidelines on how to spy, although I doubt it. 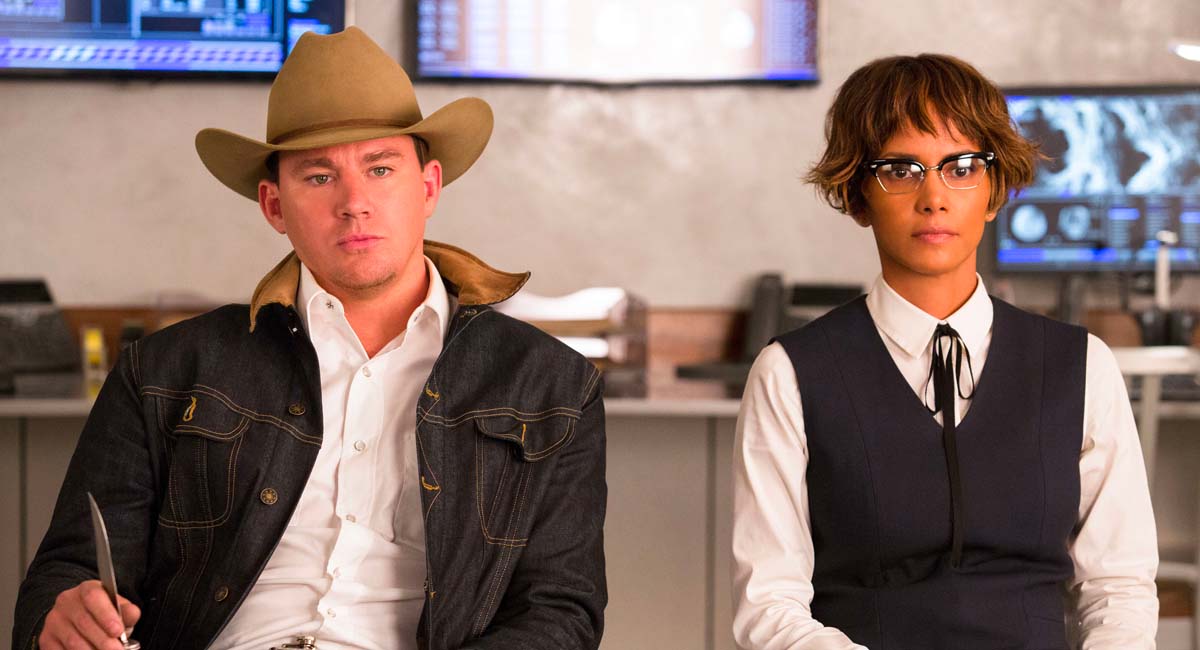 Additionally, it does feel like the third entry will have to do more than simply pit the heroes up against a mysterious and very well-funded organisation out to take over the world.

This has worked well twice so far, but there is no denying wasn’t quite as good the second time around.

I’d argue that the second movie triumphs in a lot of ways, but doesn’t really do enough to stand up to its predecessor. But that was always going to be a tall order, and where Kingsman: The Golden Circle does succeed is in giving us more of these characters, in a way that feels natural and makes sense. And it grows out the Kingsman world for plenty more sequels, prequels, and spin-offs. 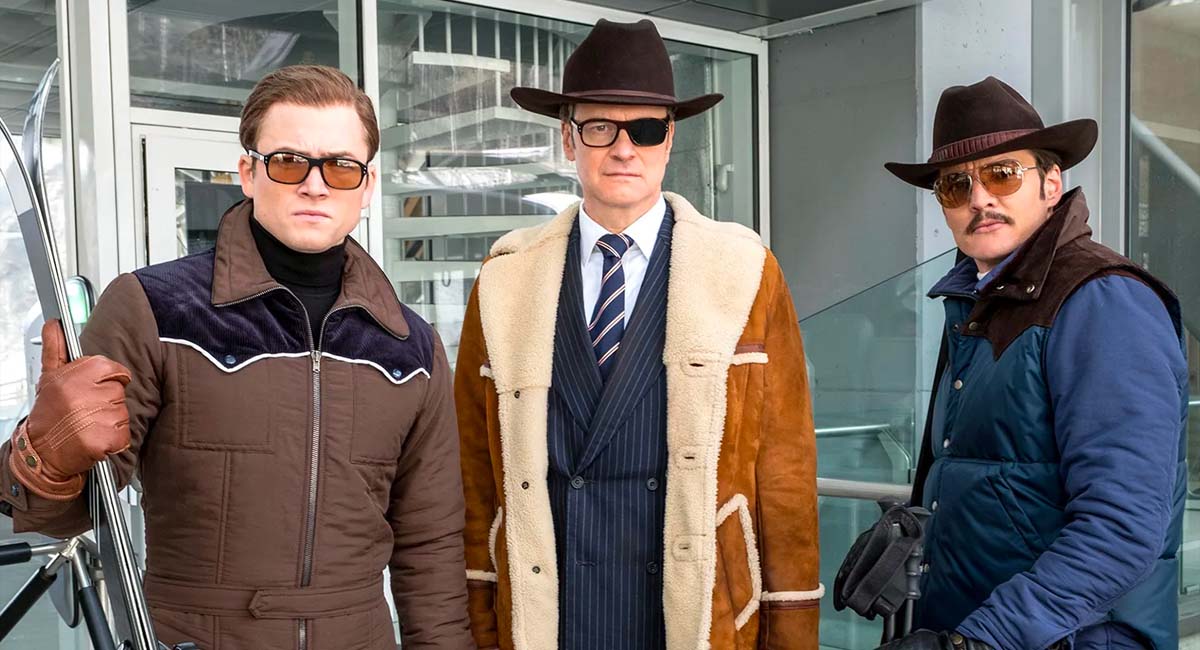 Kingsman: The Golden Circle is great fun, filled with beautifully stylised action sequences, fun twists on genre clichés, along with some great performances all of which total to a movie that isn’t quite as good as its predecessor, but it definitely a close second, and is another step in a truly impressive, wonderfully unique, and very enjoyable spy franchise. 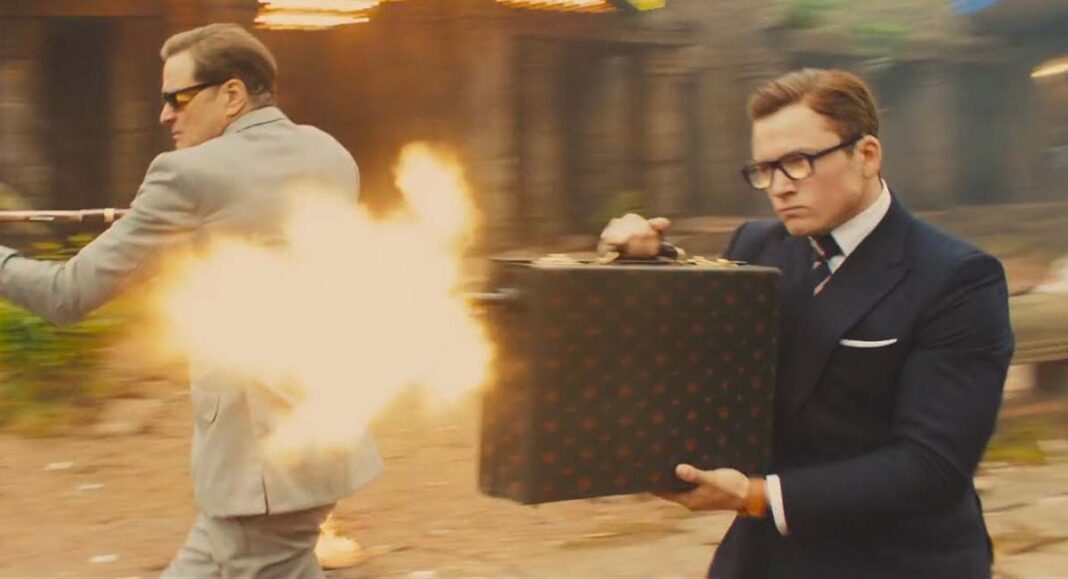 223
September 22, 2017
Next articleHow The Orville is Much More than a Star Trek Parody
© Newspaper WordPress Theme by TagDiv