As another entry into the live-action, DC Universe Black Adam has plenty of references to other movies and characters in the universe, as well as several of its own relating to the Black Adam comics and possibly setting up the future of Dwayne Johnson’s character in the DCEU. 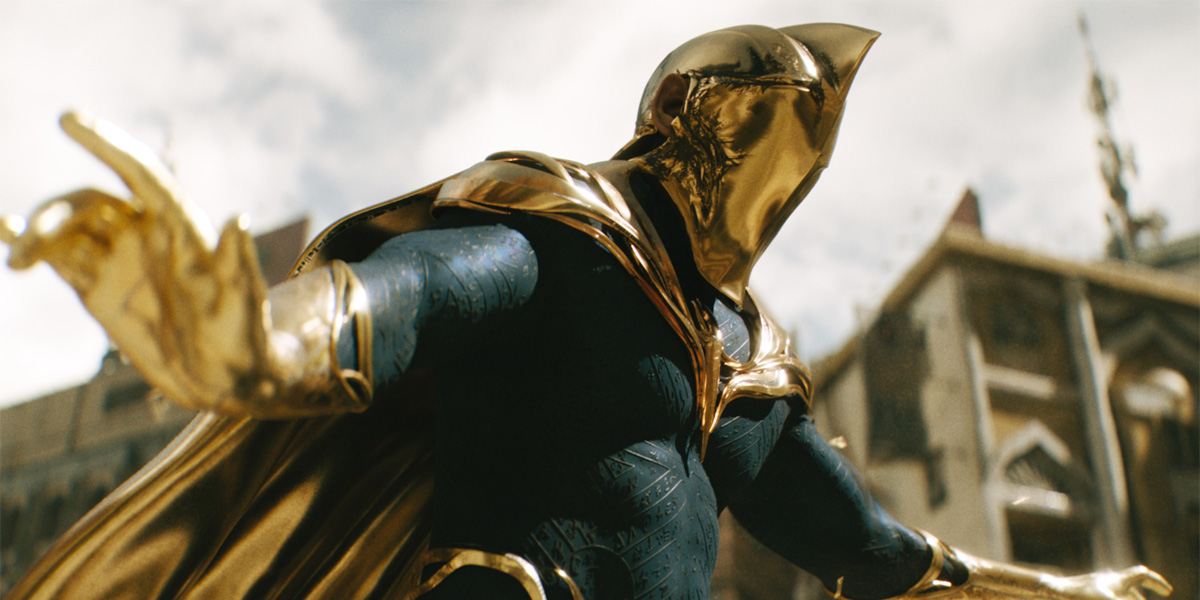 Although we don’t learn very much about this version of Hawkman or his possible origins throughout Black Adam, we do get a mention of “Nth metal”. In the comics, Nth metal has a few different origins. Originally Hawkman and Hawkgirl were reincarnated ancient Egyptians and Nth metal was a somewhat magical metal.

In a reinvention, the character Nth metal is a substance only found on Thangar, the home planet of Katar Hol and Shayera Thal, alien police officers who are sent to Earth and are later known on earth as Hawkman and Hawkwoman. Early in the film, Carter mentions that his entire ship (the Hawk Cruiser) is made from Nth metal. 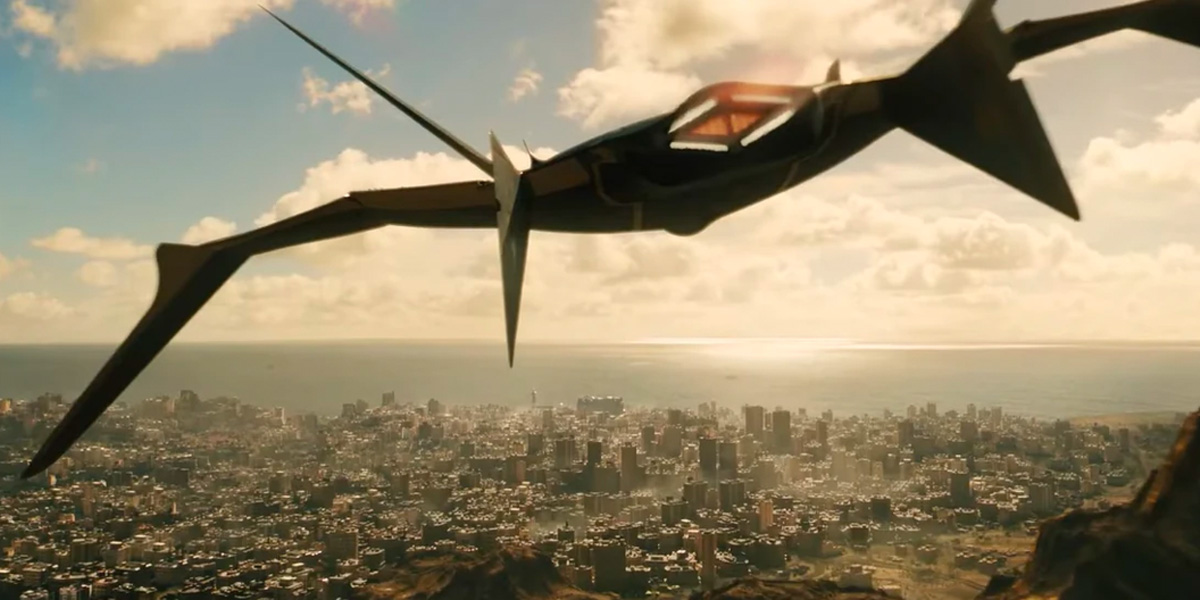 Some versions of the Hawkman character combine the Ancient Egyptian story with the alien Thangar one. In those instances Hawkman is reincarnated throughout history, this idea was at least hinted at in the movie when Hawkman shows no fear of death, and almost welcomes it, when heading for the final battle. Another hint is perhaps how long it seems Hawkman and Doctor Fate have been friends.

Their chemistry and friendship is a highlight of the film and we are reminded several times how old Doctor Fate is (he remembers the first world war), and how long he and Hawkman have been friends – although there is no mention of how long exactly that is or Hawkman’s age. 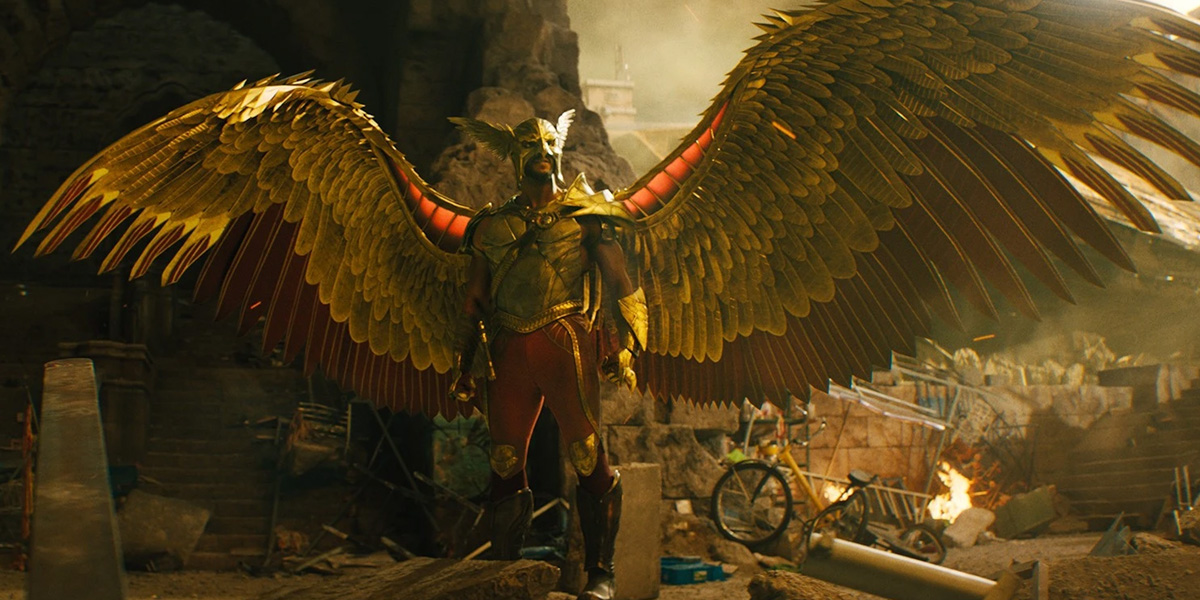 Amon’s bedroom (and backpack) are filled with comic books and in-world DCEU references to various heroes. There are comics, posters, t-shirts, and action figures highlighting heroes like Aquaman, Wonder Woman, Flash, Batman, and Superman all over. Amon also mentions several heroes by name when talking about Black Adam’s powers.

First appearing in 2016’s Suicide Squad, then again in 2021’s The Suicide Squad, and its spinoff Peacemaker, Viola Davis’ Amanda Waller once again returns in Black Adam. Here, rather than orchestrating questionable teams of supervillains like she was in suicide squad, she seems to be involved with the behind-the-scenes workings of the Justice Society. She also talks directly to Black Adam, threatening him to stay in Kahndaq, during the post-credits scene. 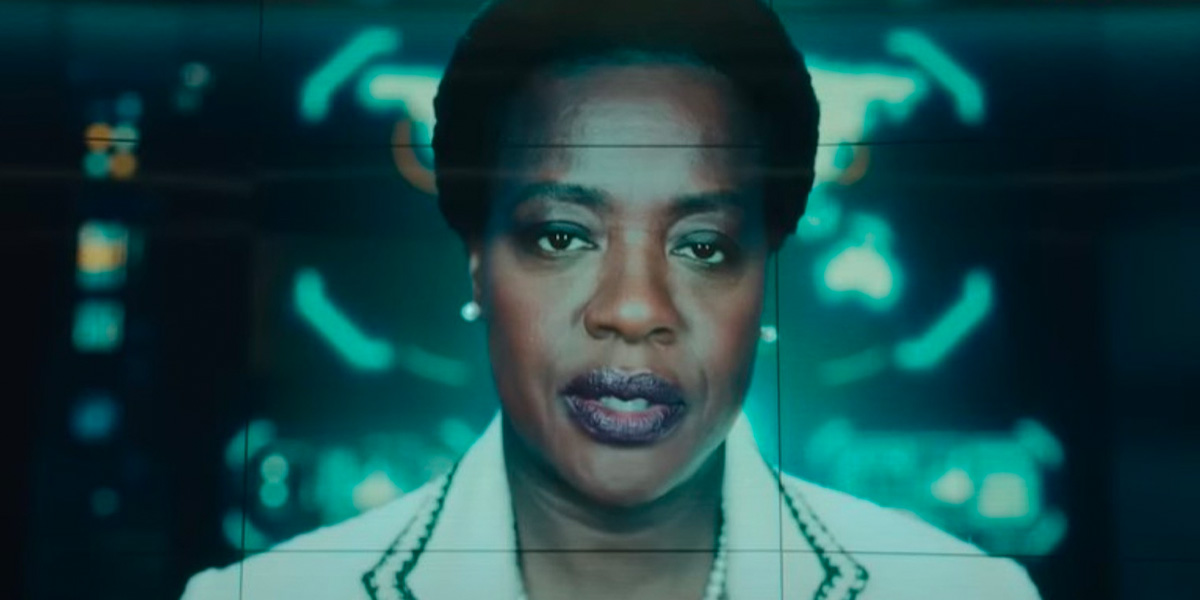 Similar to Amanda Waller’s return, Emilia Harcourt (played by Jennifer Holland) returns from the Suicide Squad and Peacemaker. She is essentially Waller’s go-between and interacts more directly with the heroes. In a small scene, she is the one who takes Black Damin into custody from the Justice Society. 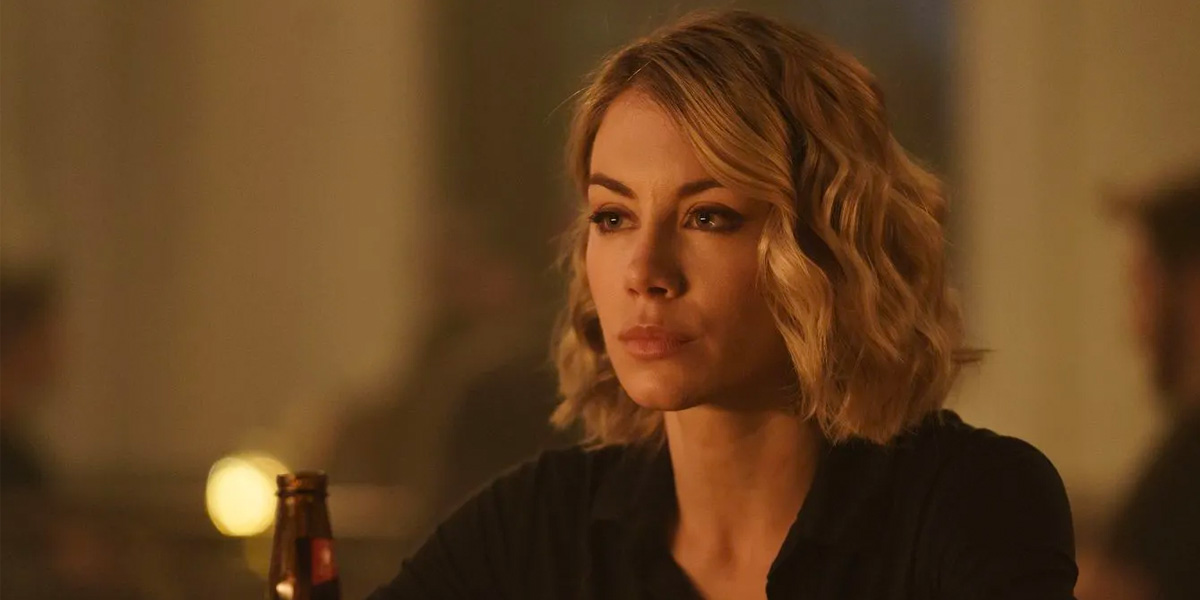 Djimon Hounsou returns as the wizard Shazam, leader of the council of wizards and the one responsible for chasing to give the power to Billy Batson in the 2019 Shazam! Movie. 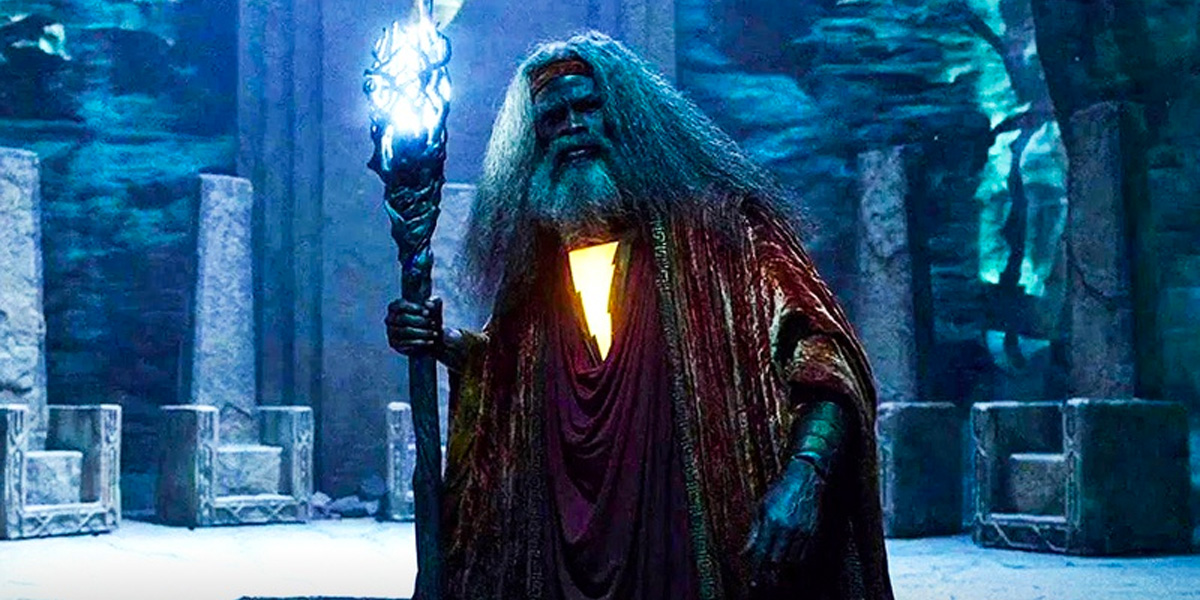 Noah Centineo’s Atom Smasher is the nephew of Al Pratt, the original Atom, who has a blink, and you’ll miss it FaceTime call into the movie, and is played by nonother than Henry Winkler. 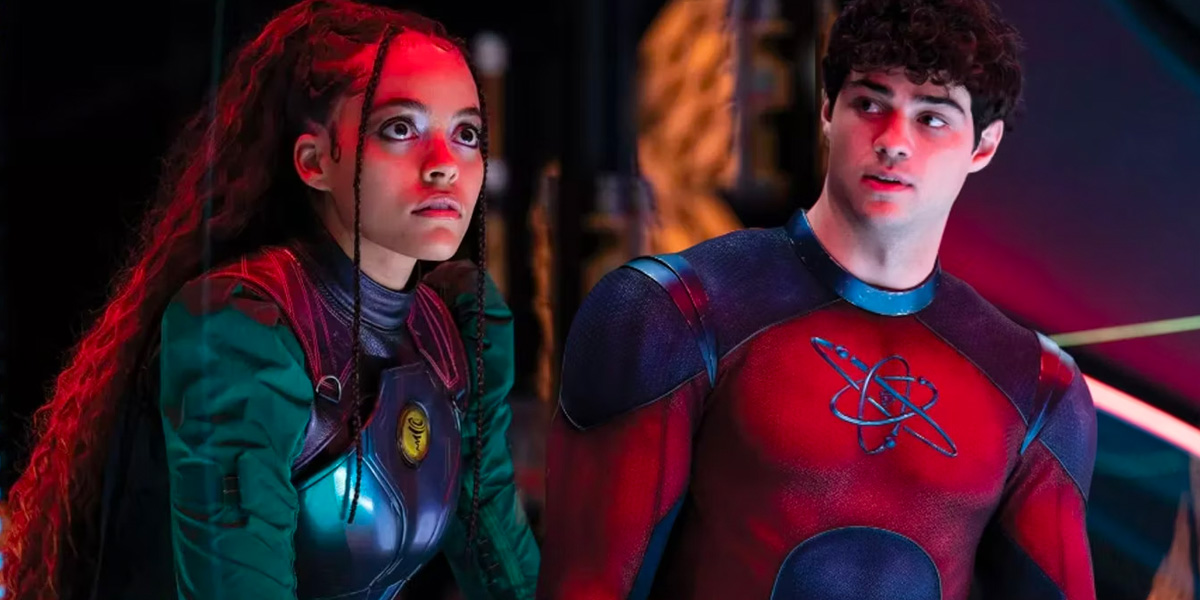 In what has to be the best of the Black Adam easter eggs, Henry Cavil makes his long-awaited return to the DCEU with a fantastic tease for the inevitable fight between Black Adam and Superman. 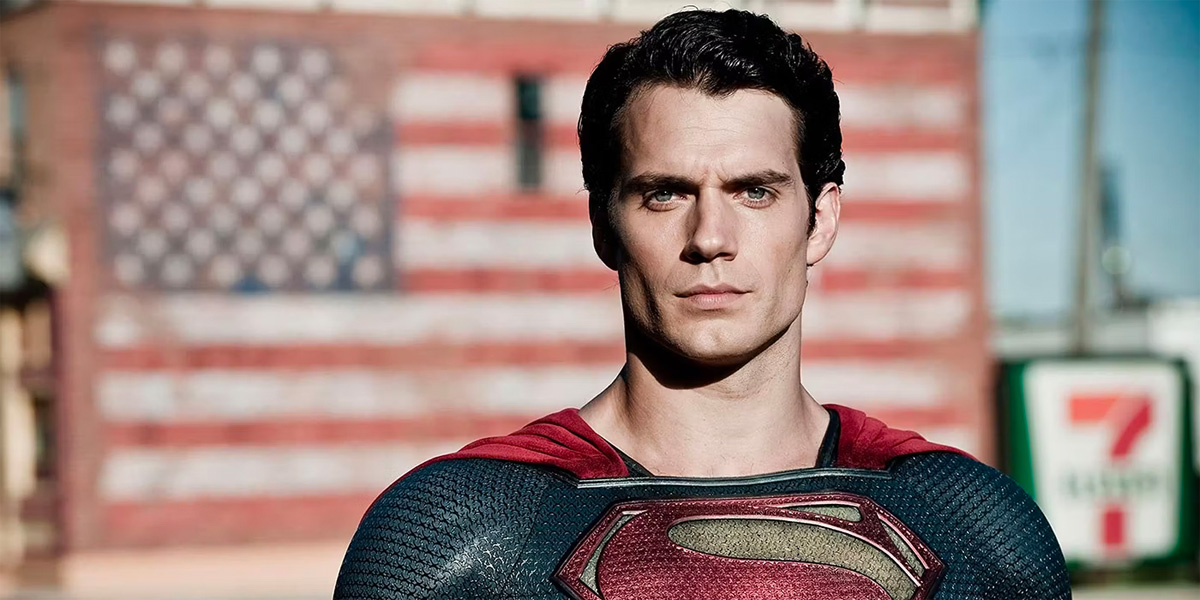 Like most superhero movies, Black Adam is full of easter eggs, nods, and references to the rest of the DCEU and the DC comics, and perhaps most excitingly sets up much more to come. If you’ve enjoyed our look at the Black Adam Easter eggs, be sure to check out our Black Adam Review to subscribe to the Youtube channel for lots more DC, superhero, and pop culture content, and let me know your thoughts on Black Adam in the comments below. 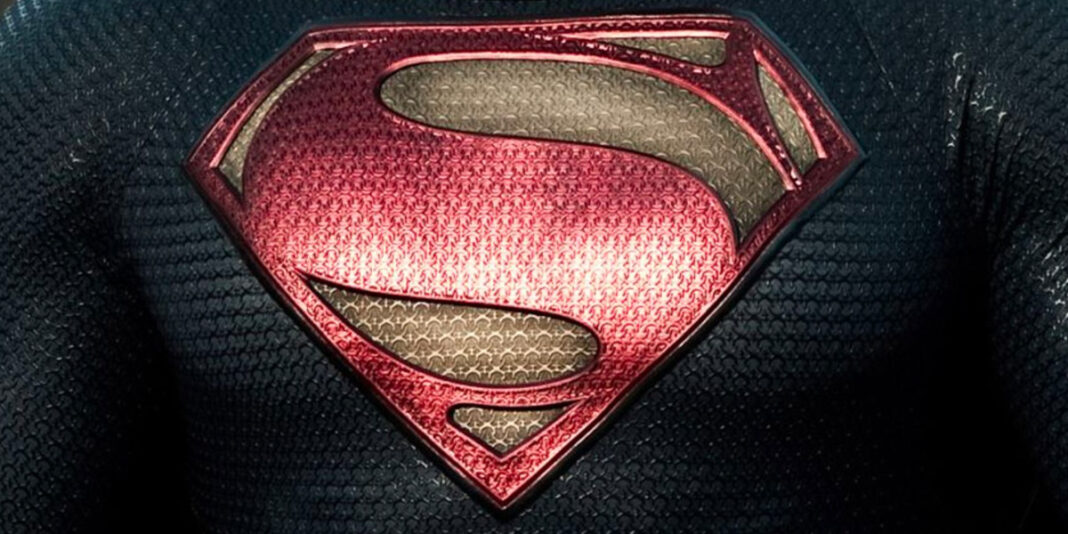