As a brand new incarnation of Batman and his world, The Batman is full of easter eggs, secrets, and hints at the future. In The Batman Easter Eggs, we’re taking a look at the best ones we noticed. 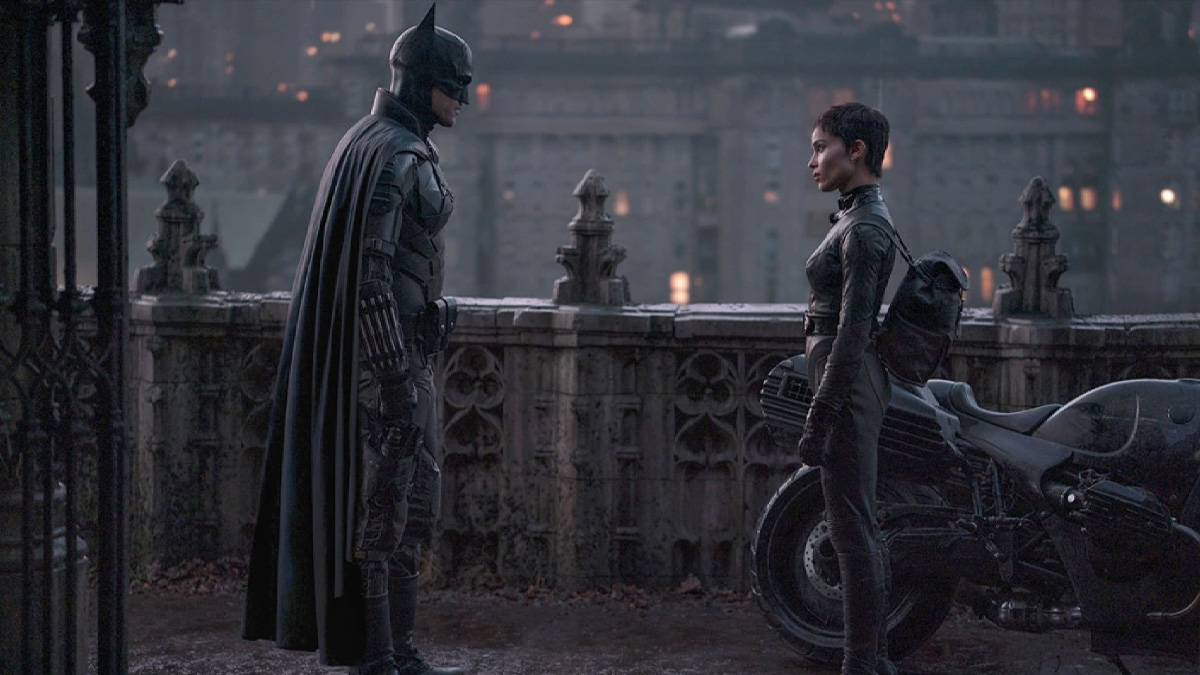 First seen in the trailer, when a group of thugs ask Batman what he’s “supposed to be” he replies with a brutal beating and the answer “I am vengeance”. This is a nod to the famous Batman: The Animated Series line “I am vengeance! I am the night! I am Batman!”. 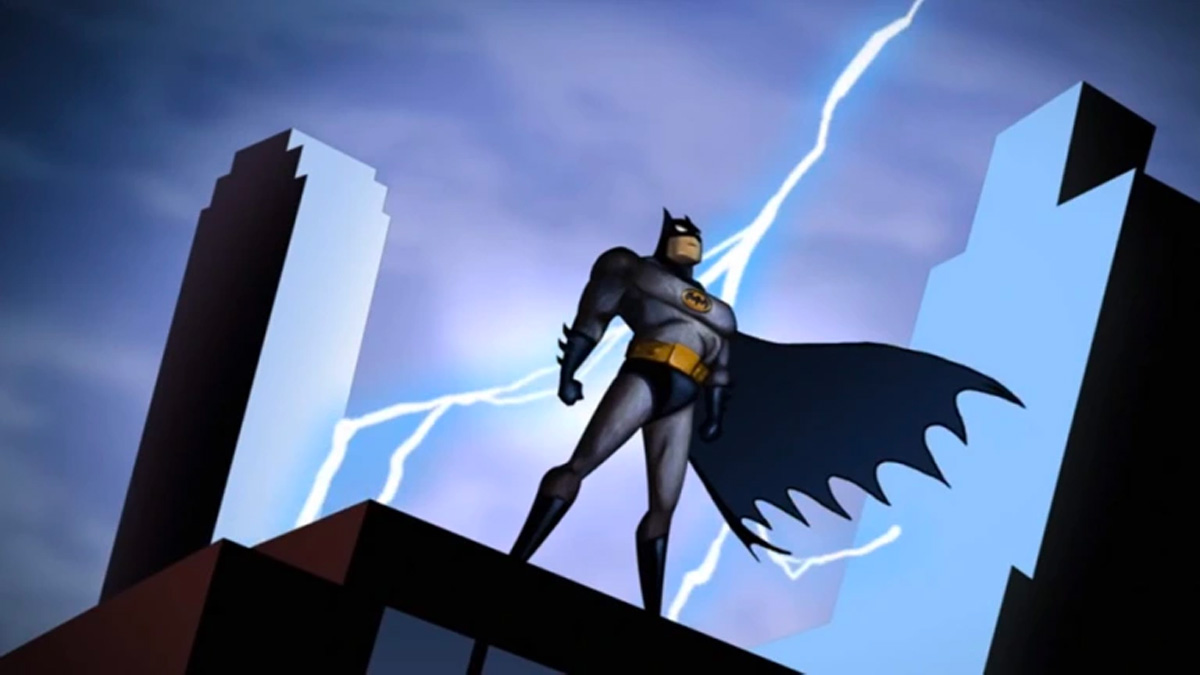 Each of the Riddler’s cards left for Batman refer to other Batman villains. The first has an owl, hinting at the Court of Owls, a sinister organisation that has secretly been running Gotham for generations. The second has a mad scientist who is balding but still has plenty of hair on the sides, and large circular glasses, which is a nod to Hugo Strange.

The third has a woman with orange hair and a plant, which is a reference to Pamela Isley aka Poison Ivy. The next has large cat eyes, which could be a hint at the Cheshire Cat from Alice in Wonderland, which leads to the Alice obsessed villain The Mad Hatter. And final one has a ventriloquist doll, which is a nod to the villain Scarface. 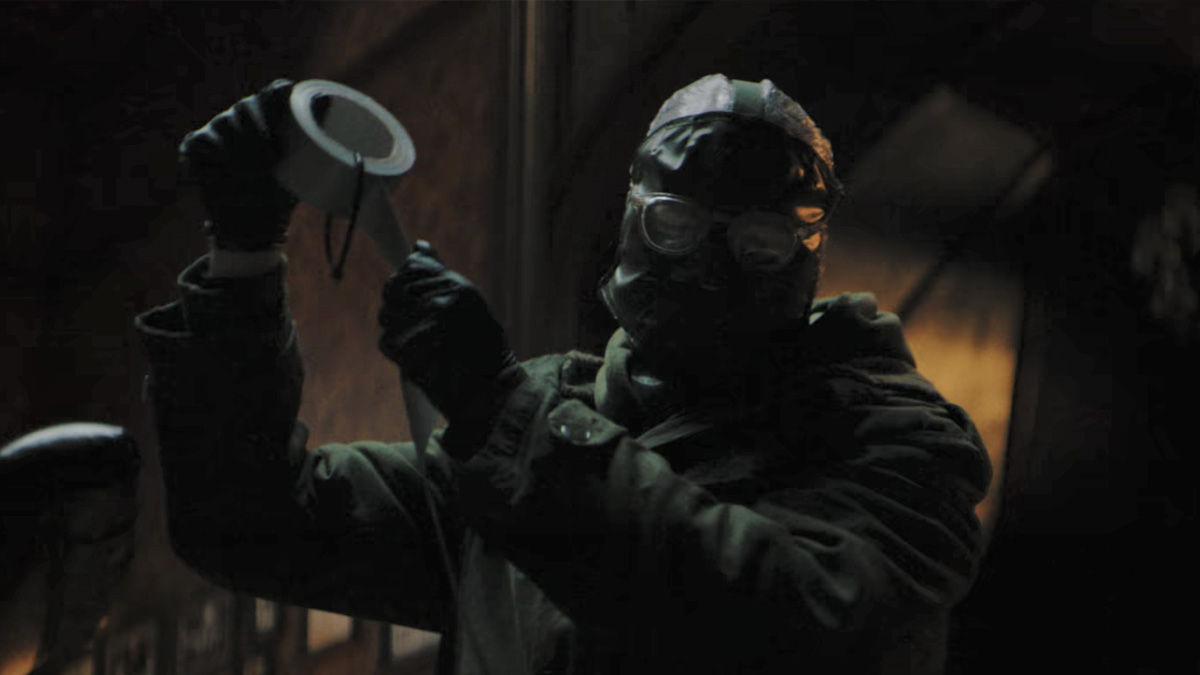 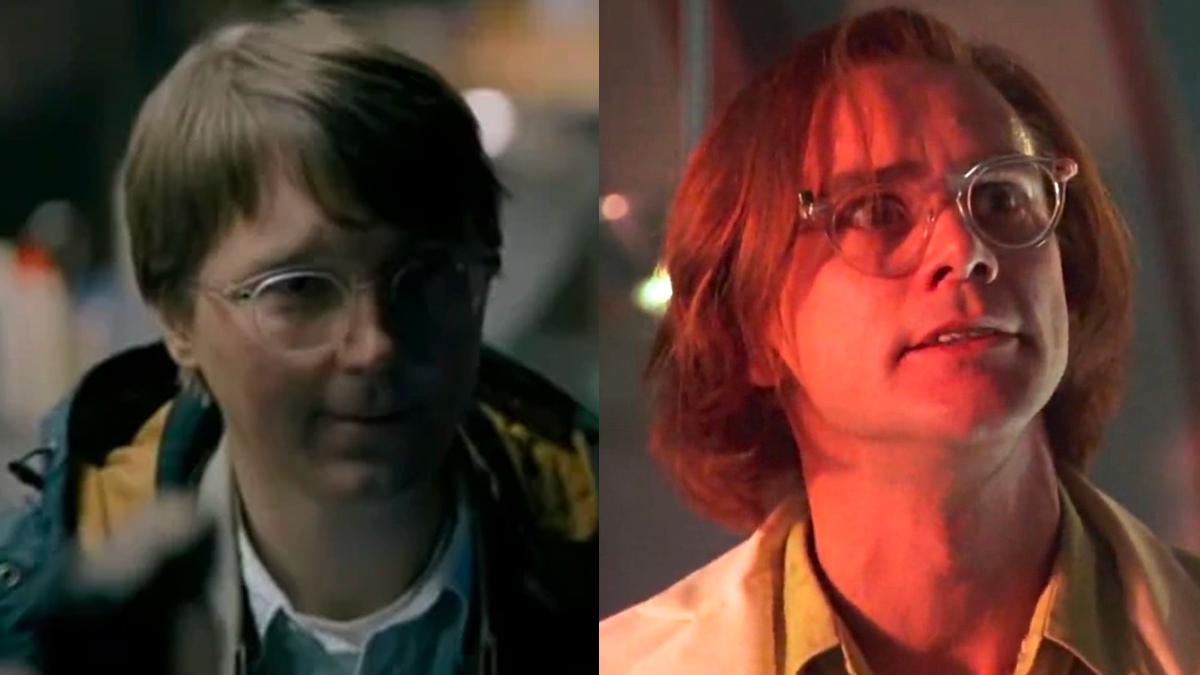 Penguin’s nightclub is called the Ice Berg Lounge, just like in the comics. The club has had various incarnations over the years and is often depicted as an old Hollywood style restaurant or a casino, but in The Batman, it is a loud and dark nightclub, concealing an even shadier club beneath. 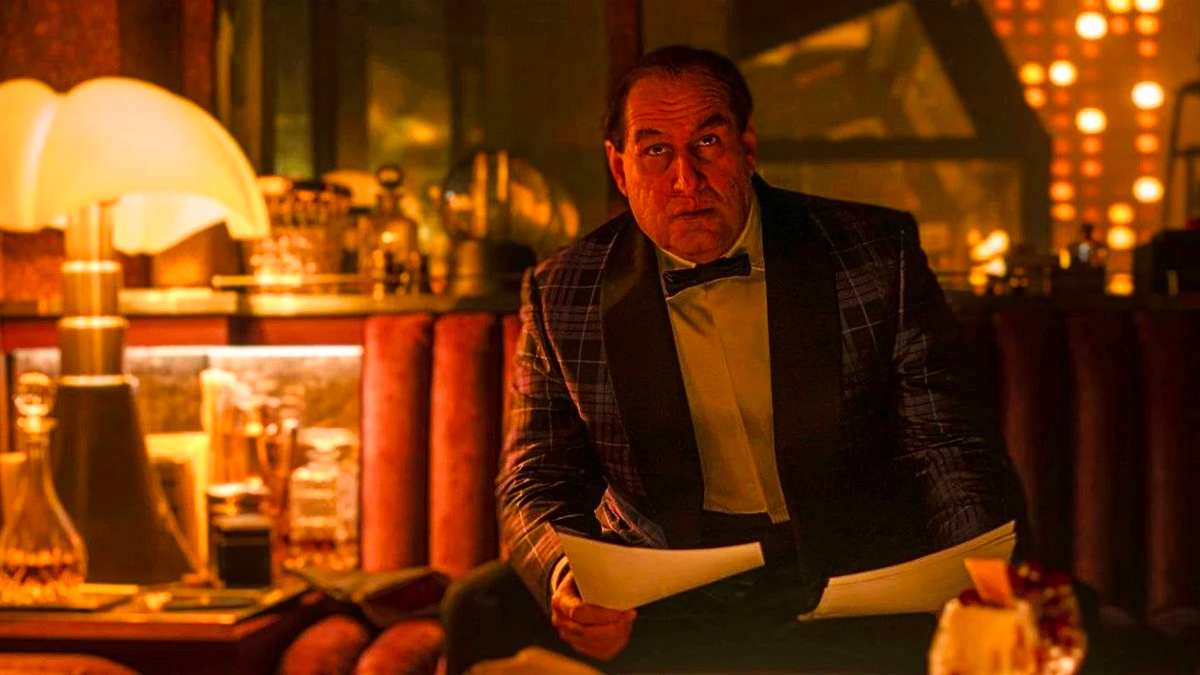 There are several nods to Andy Serkis’ take on Alfred being more than the average butler. The first is as he is deciphering the Riddler cypher and says he is reminiscing about his “time in the circus”. Some may mistake it for a sarcastic comment, but it’s actually a nod to being a spy for MI6. Originally based on John le Carré’s internal nickname for MI6 as “the circus” in his novels (primarily Tinker Tailor Soldier Spy), the term has caught on and is often a codename for the agency in pop culture. Another hint at this is when he talks to Bruce about how he wasn’t a father and could only teach him how to fight. 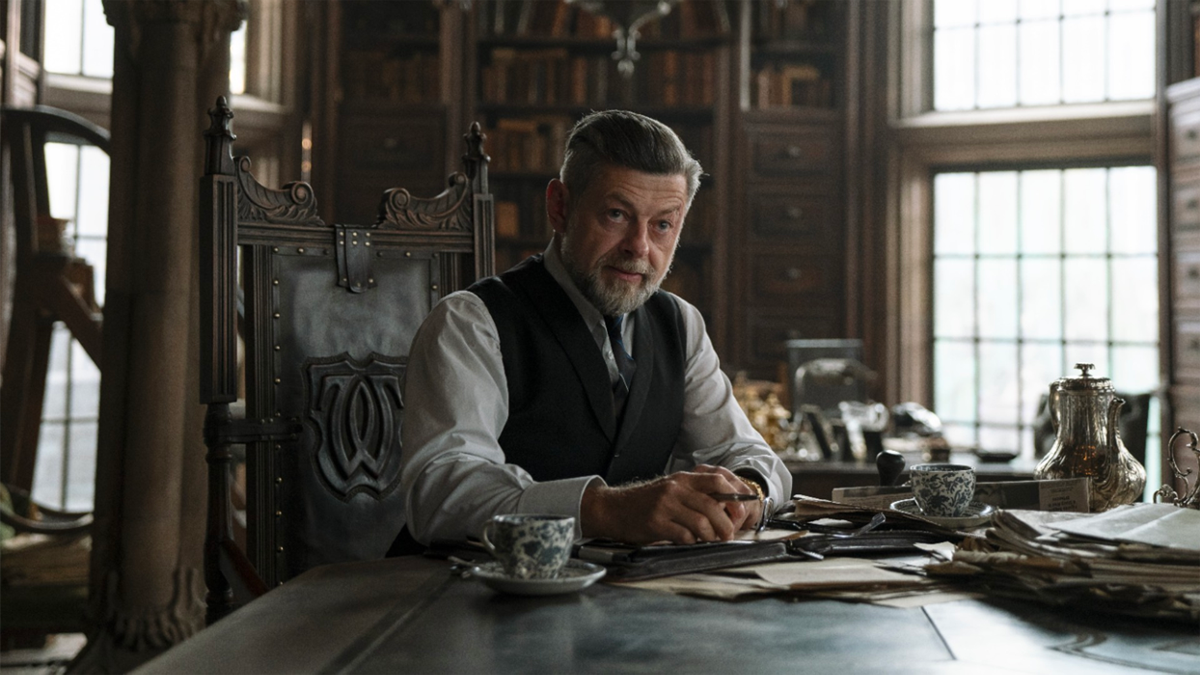 While Gordon and Batman interrogate Penguin he jokingly calls them the “world’s greatest detectives”. Which is a nod to one of Batman’s comic book aliases which takes centre stage in The Batman where he actually has to solve a mystery and several clues. 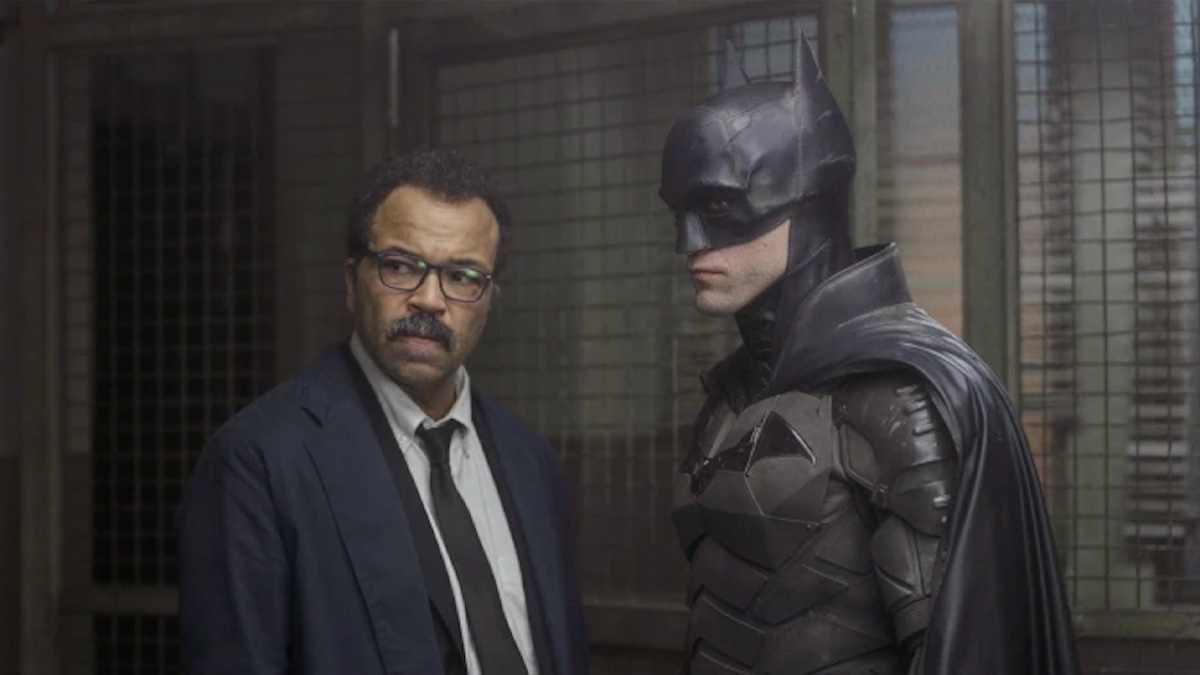 As Batman and Gordon race off from their Penguin interrogation they leave him in the middle of nowhere with handcuffs around his wrists and ankles, which forces him to waddle… like a Penguin. 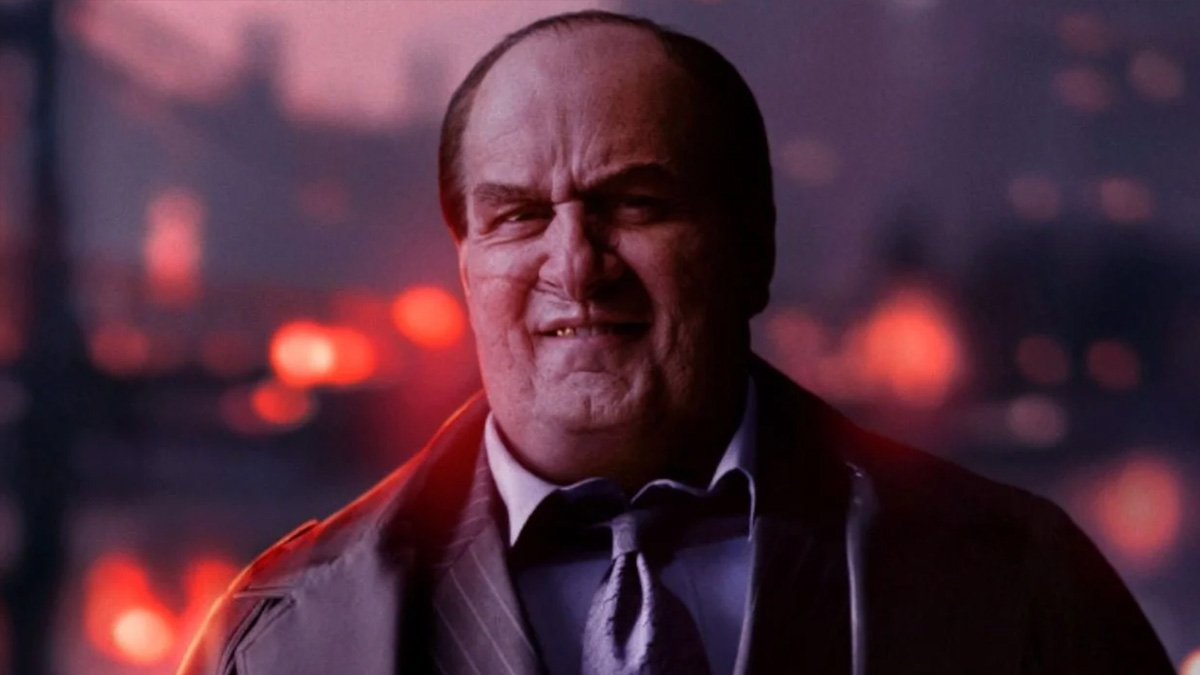 This new version of Gotham has more than a few essentials for any version of Batman’s city. One we get a brief glimpse of is Arkham Asylum, where Riddler is sent after being arrested. Although it only appears briefly in The Batman, Arkham Asylum is central to several Batman storylines across all types of media, as the central hub (that must have some kind of rotating door) for locking up Batman’s “criminally insane” rogues gallery. 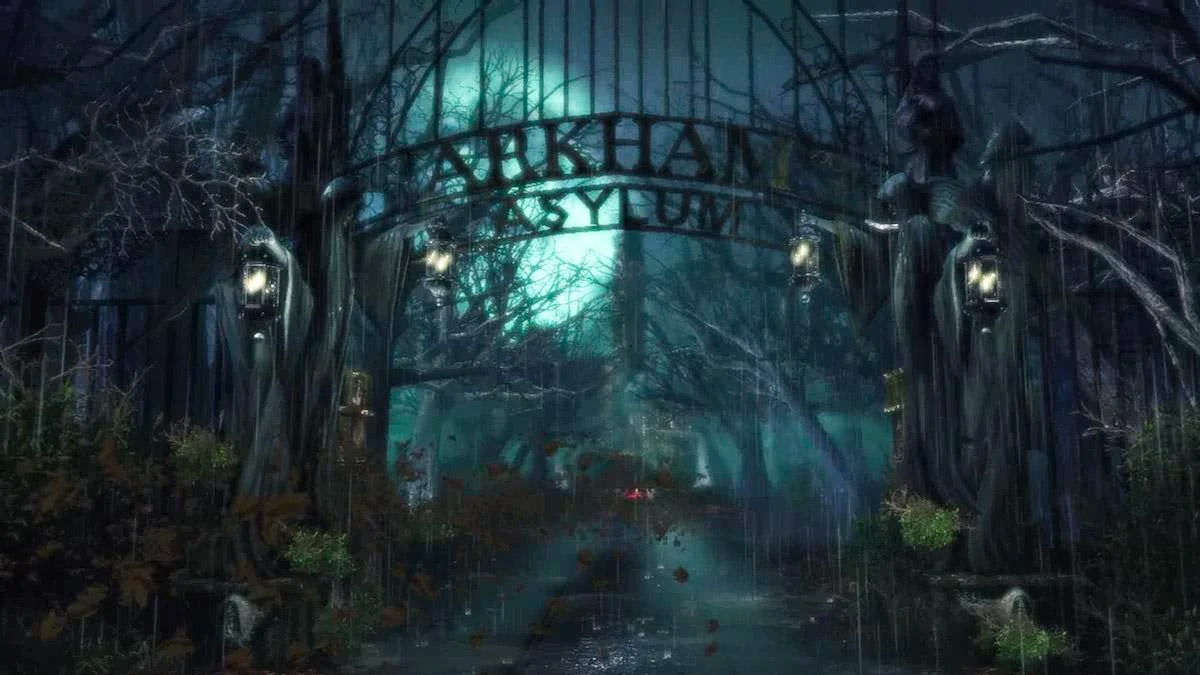 The Batman adds another element to the Arkham legacy, by making Martha Wayne an Arkham. Martha is usually a Kane in the comics and other media, who are invariably a family of similar stature and legacy to the Waynes. But The Batman makes her an Arkham and also makes it clear she had mental issues that had led to several stays in institutions throughout her life. The film also goes on to name the Wayne’s and Arkham’s as the two founding families of Gotham. 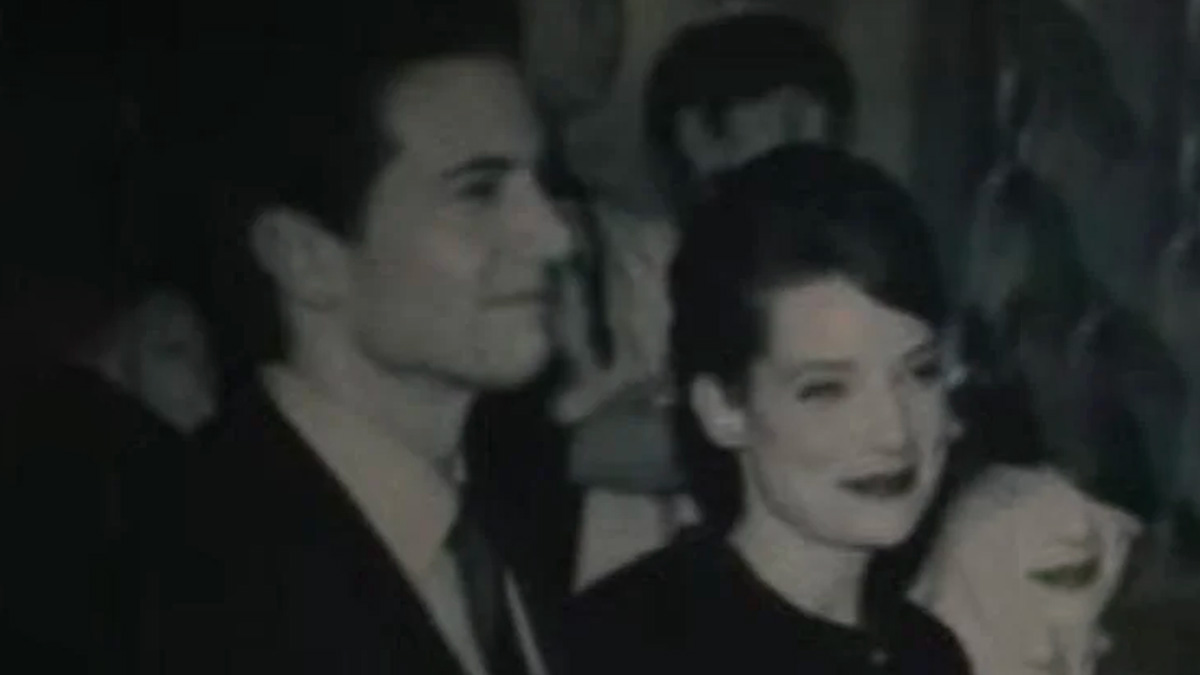 Martha is named as an Arkham in the final part of The Riddler’s exposing of Gotham’s rich and powerful. Here it is revealed that in an effort to hide Martha’s mental health issues in the lead up to his mayoral campaign Thomas Wayne has the gangster Carmine Falcone kill the reporter who had found out about Martha.

And on top of that, the Gotham Renewal fund that Wayne established was actually a front for funding the corrupt officials and crime families. This take on the Waynes, and them not being the all American heroes they were originally portrayed as is well done in The Batman, but not totally new. It has its roots in various comics and has been adapted in the Gotham tv show and the Telltale Batman video games.

It’s worth noting that Alfred’s version of events is similar but claims that Thomas never wanted Falcone to kill the reporter, simply intimidate him, and after the murder, Wayne was going to reveal everything to the police, but Falcone had the Wayne’s murdered and raided the renewal fund before anything could be revealed. 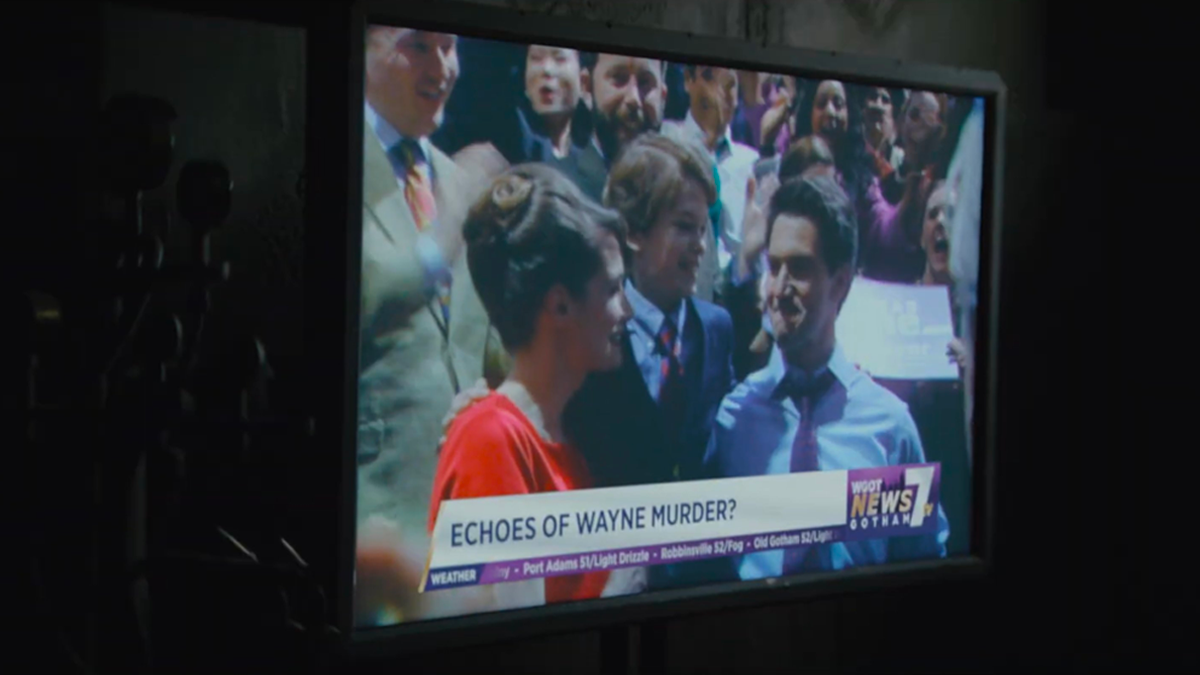 The reporter that was going to reveal Martha’s past and who was killed by Falcone was named Edward Elliot. A picture of him is then shown with the word “Hush” written over it. This is undoubtedly a reference to the Batman villain Hush, whose real name is Thomas Elliot and in the comics was a childhood friend of Bruce Wayne. In the comics, Hush knows Batman’s true identity. Perhaps The Batman set up a future version of Thomas Elliot’s Hush that is driven to dig into the Waynes thanks to his father’s murder and there he discovers Bruce’s secret. 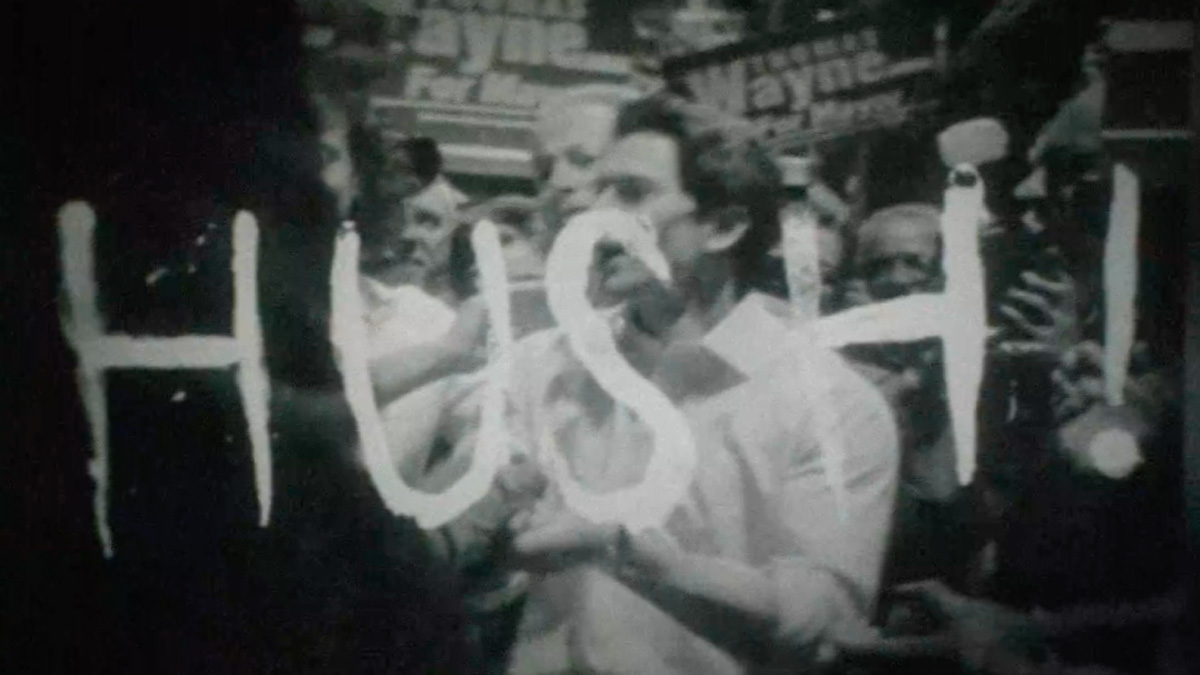 Although the exact time period of The Batman is unclear, it certainly doesn’t take place in the 90s as early rumours suggested. The tech throughout the film is relatively sparse but Batman’s camera contact lenses and modern smartphones confirm its set later than the 90s.

And although that doesn’t necessarily make the presence of an old school rotary phone in Wayne Manor strange (the place as always, appears to be stuck in the past), the close-up shot of the phone and the flashing red light does feel like a nod to the Batphone from the classic 60s series starring Adam West. 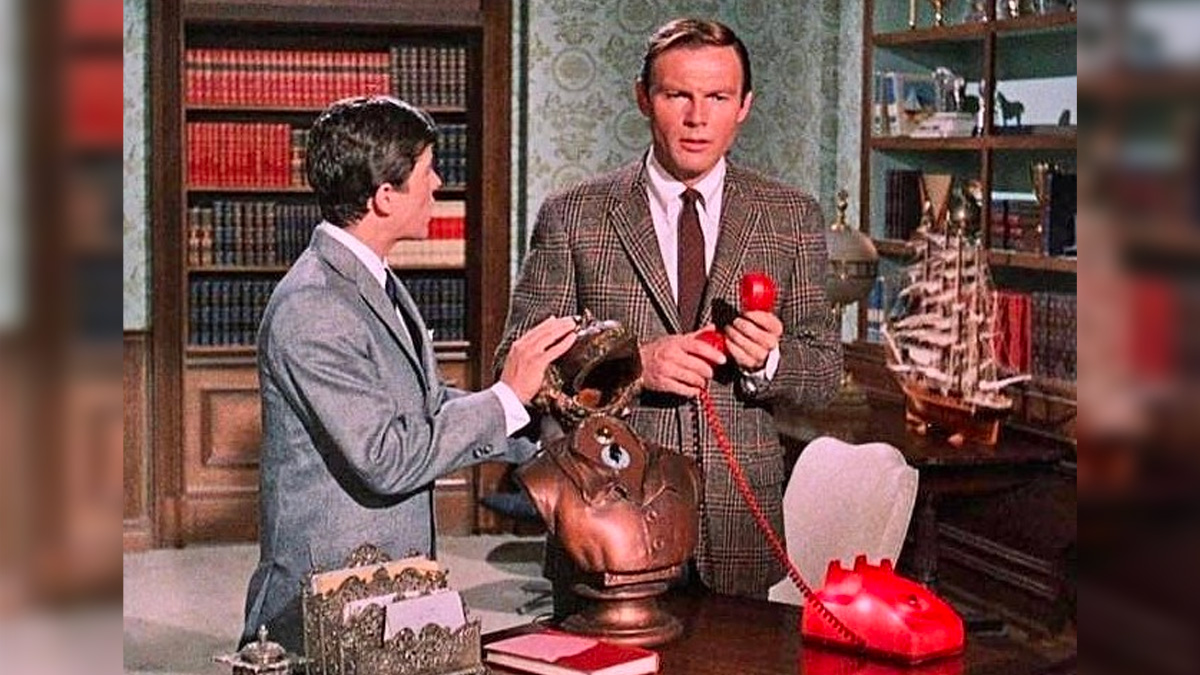 Another nod to the Batman ’66 series is a blink and you’ll miss it shot of a Shakespeare Bust. In the 60s series, the bust concealed a secret button that opened the bat cave. 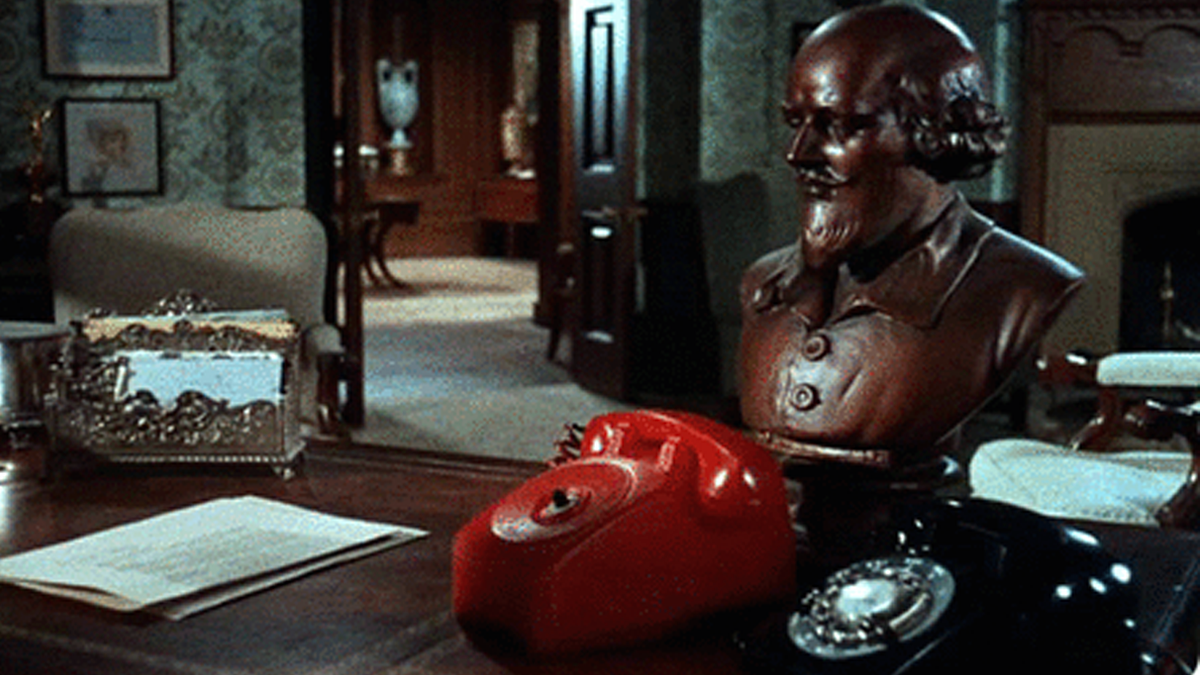 Selina Kyle is one of the more mysterious characters of Batman’s allies/enemies, and like most comic book characters has had various origin stories over the years. In The Batman her search for the truth about her roommate looks to be adapted from Frank Miller’s iconic 1987 comic, Batman: Year One.  But Selina being the daughter of Carmine Falcone is a more recent addition to Batman lore, being fully confirmed in the New 52 reboot of the DC Universe that began in 2011. 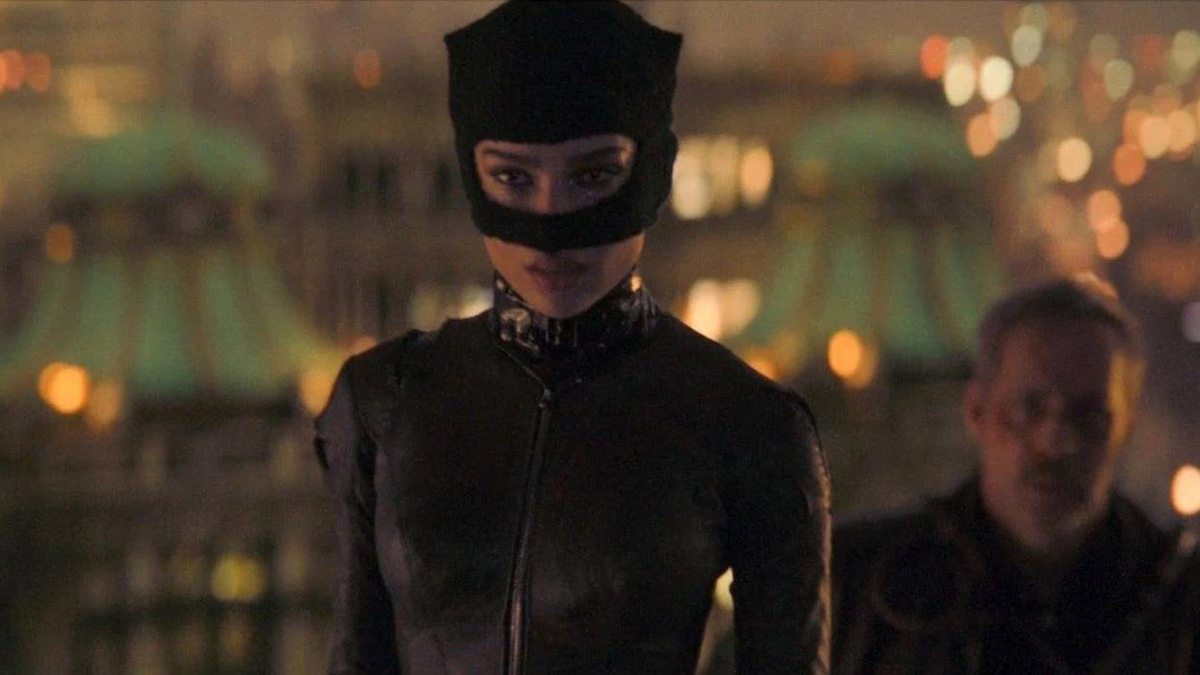 Another element taken straight from Frank Miller’s Batman: Year One is Catwoman scratching Carmine Falcone’s face and leaving him with three distinct scars. 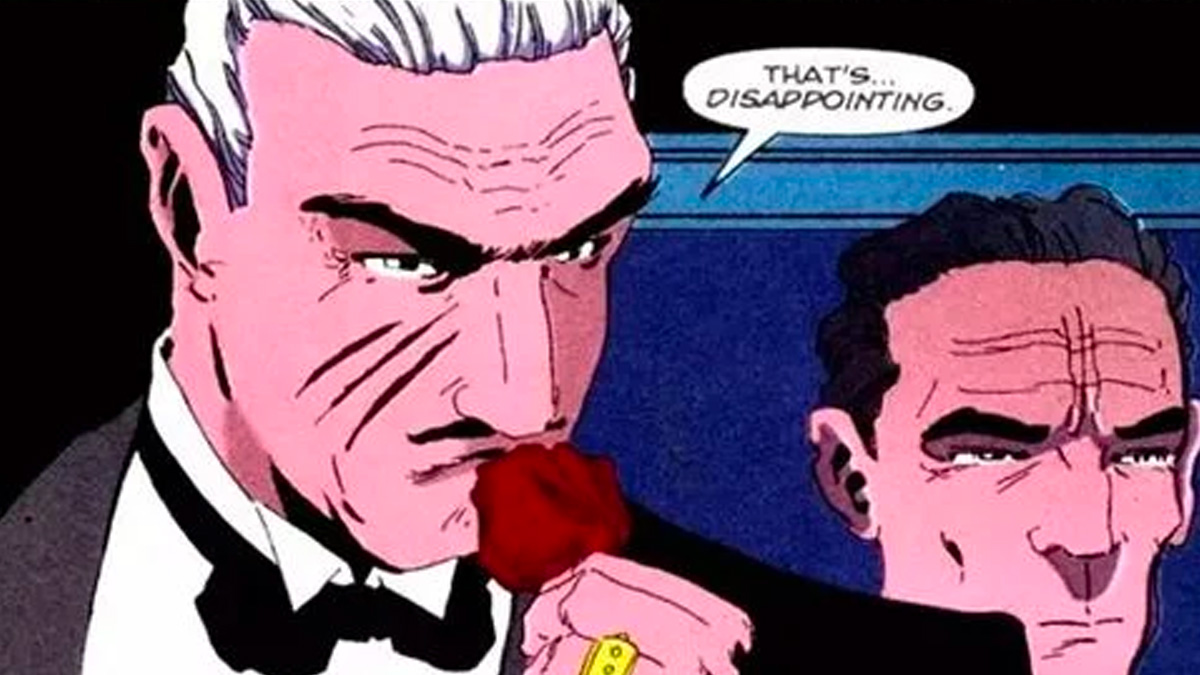 In The Batman Carmine Falcone’s ascension to the crime kingpin of Gotham appears to be thanks to the former head gangster, Sal Maroni, being arrested during a huge police operation. Although the truth behind that arrest is uncovered throughout the movie, Sal Maroni never makes an appearance. Maroni is a key bad guy in the Batman mythos, and is usually the one responsible for throwing acid at Harvey Dent which then transforms the District Attorney him into Two Face. 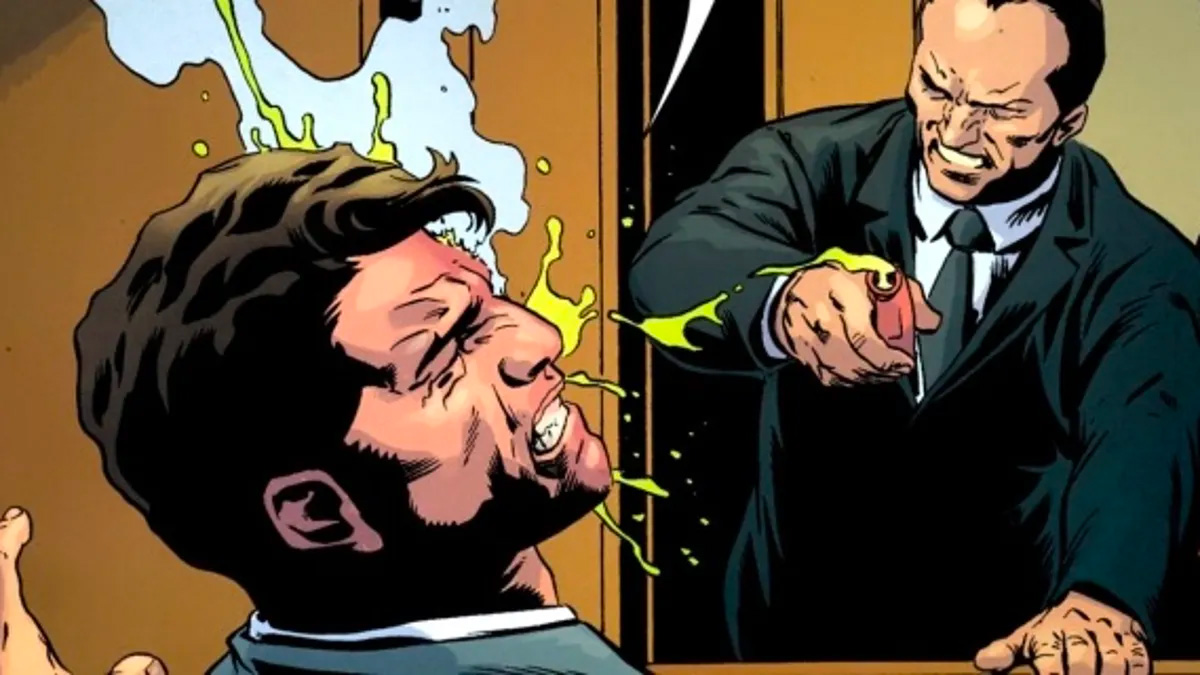 As Carmine Falcone is handed over to Jim Gordon, Falcone asks if Gordon is with “Zorro” (referring to Batman). Batman takes a lot of inspiration from Zorro, who is also a dressed in black, mask-wearing, cape-wearing vigilante who pretends to be a mysteriously absent rich recluse by day and a hero by night. As an acknowledgement of this connection, The Mark of Zorro is often the movie the Waynes have been to see before they are shot in the alleyway. 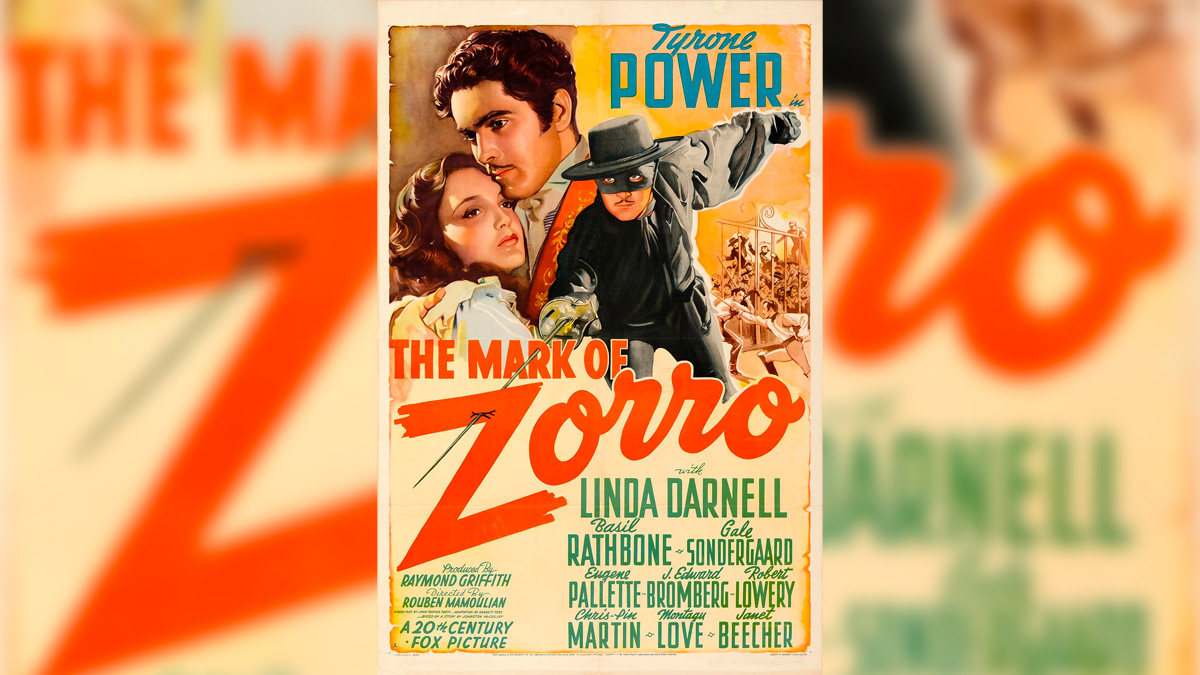 As Falcone is taken into police custody, Penguin shouts that he should enjoy his first night in Blackgate. Blackgate Penitentiary is Gotham’s maximum-security prison where all of the none criminally insane villains end up. 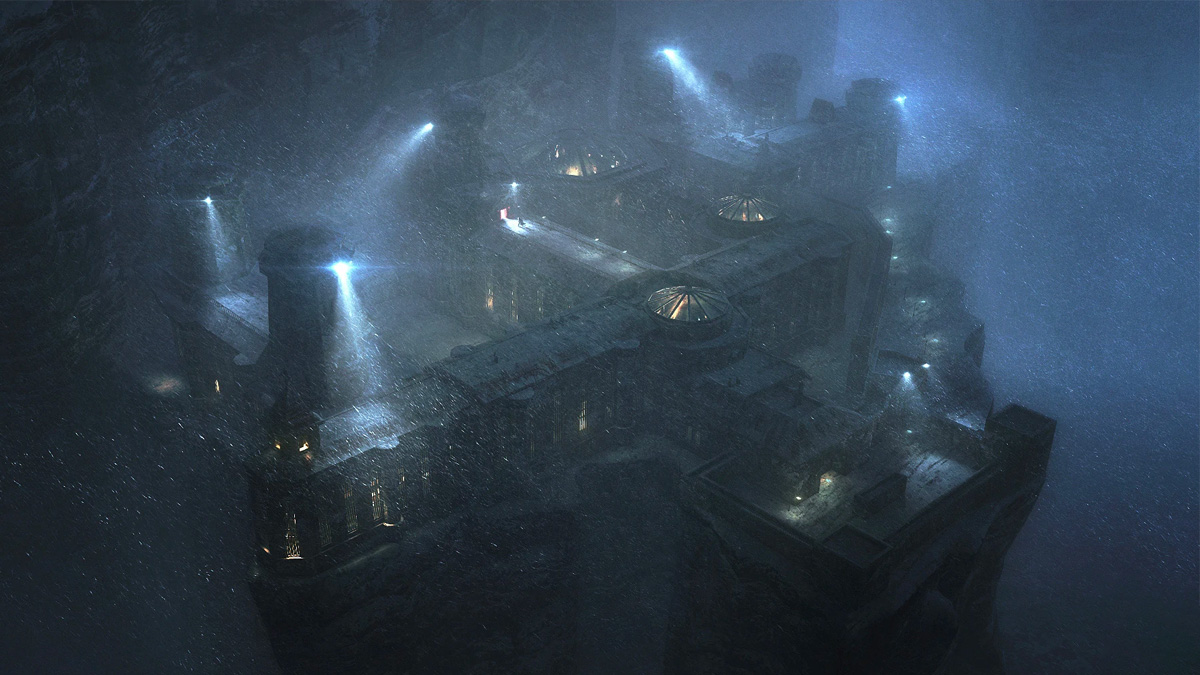 The Riddler appears to have several identities, but his real name is revealed to be Edward Nashton. Which is invariably the true name of the comic book character “Edward E. Nigma” (or sometimes “Nygma”). Nashton fits in with the more realistic tone of the movie, rather than someone who likes riddles being called ‘E. Nigma’. 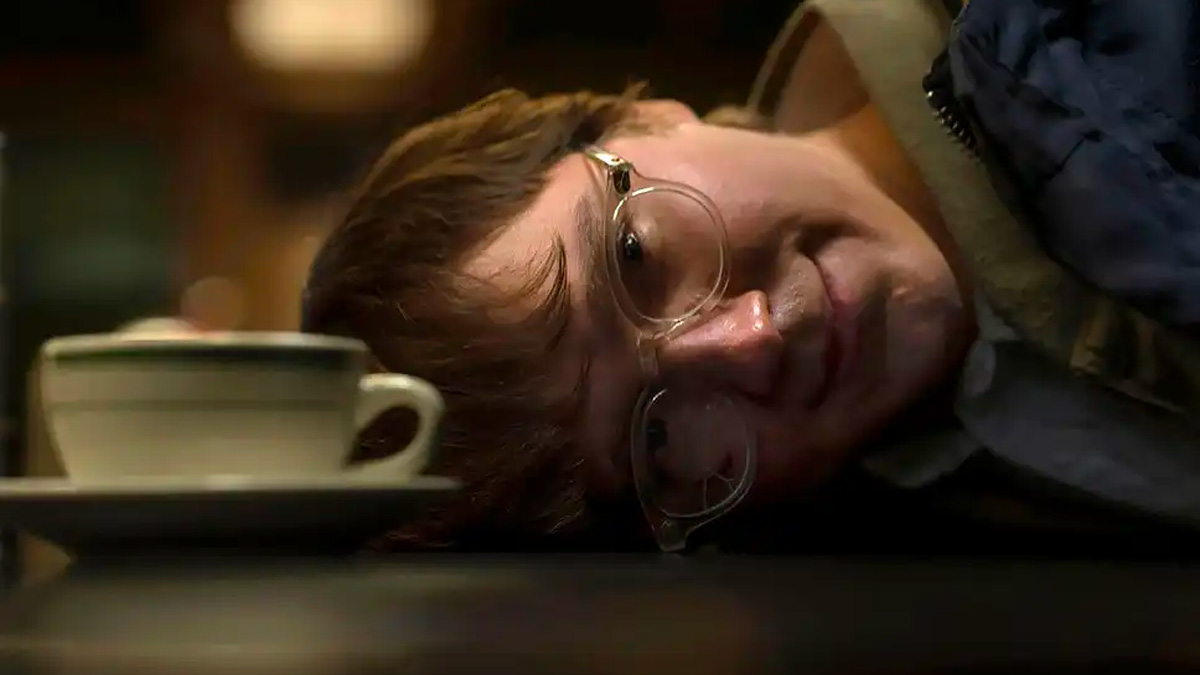 Gotham being isolated from the rest of the world and flooded feels very similar to the Dark Knight Rises. There Bane used bombs to cut Gotham off from the rest of the US. In the Dark Knight Rises, it was Christopher Nolan’s take on the No Man’s Land story, where Bane did the same thing. But here, although similar to that, feels more like the Zero Year comics, where Riddler flooded Gotham during Batman’s early months as a vigilante. 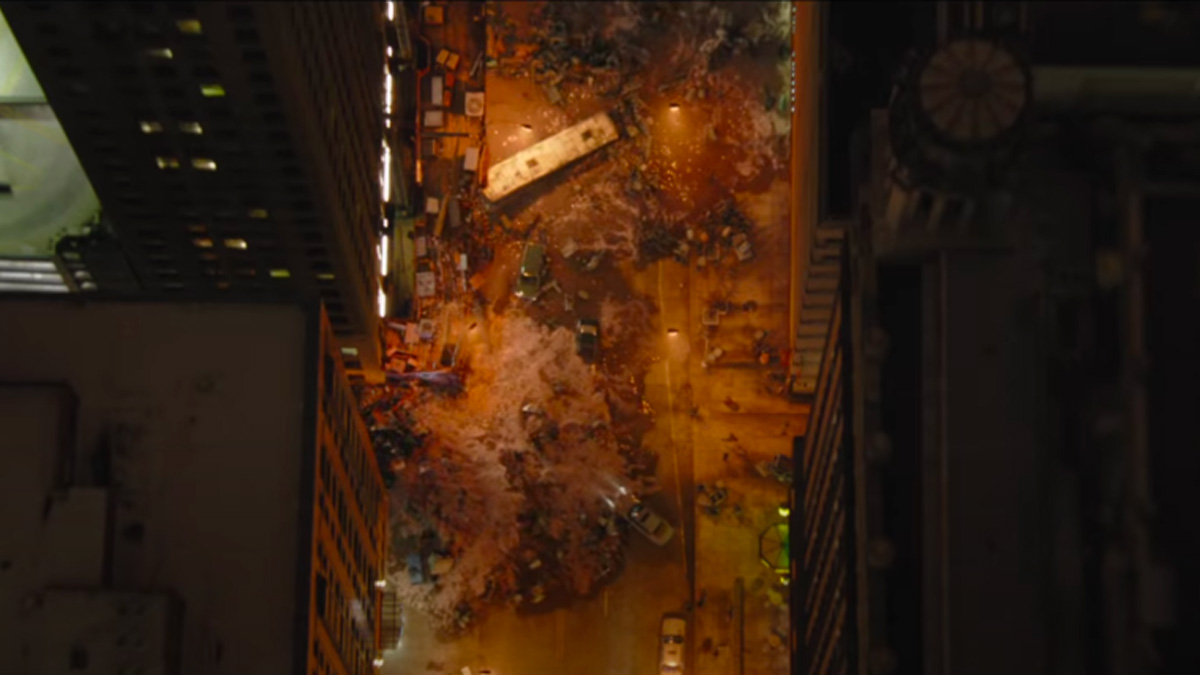 After being shot at close range with a shotgun and suffering a severe concussion (and probably much more). Batman injects himself with something like adrenaline, that gets him back into fighting shape enough to help Catwoman. The mysterious serum sends Batman over the edge and it takes Gordon shouting at Batman to stop him from killing the Riddler thug. The serum being green and sending Batman into a rage-fuelled attack is surely a subtle nod to Bane’s venom serum that increases his size, strength, and rage. 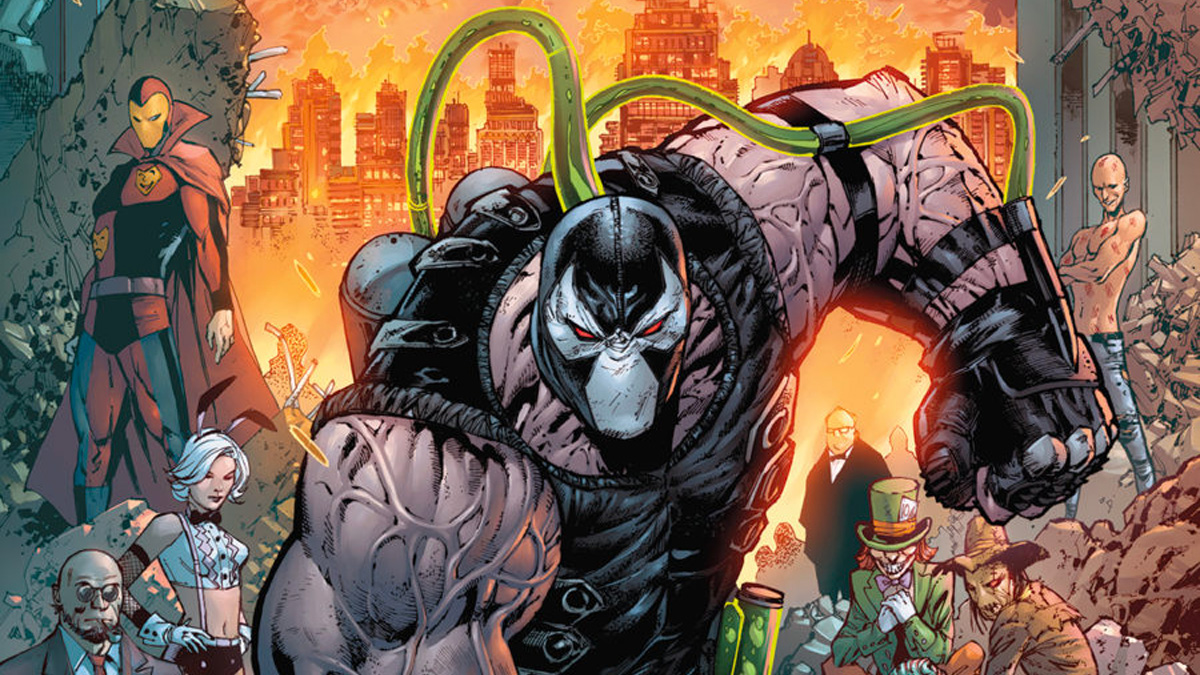 After being locked up in Arkham, and at least part of his plans not working out (although I’d argue around 99% of his plan succeeded) Edward Nashton is comforted by a prisoner in the next cell. The mysterious prisoner, played by Barry Keoghan, remains in shadows but is clearly disfigured, has a very intense laugh, and refers to being a “clown”. It seems early for a Joker tease, but he’s key to any iteration of Batman, so he had to show up sooner or later. 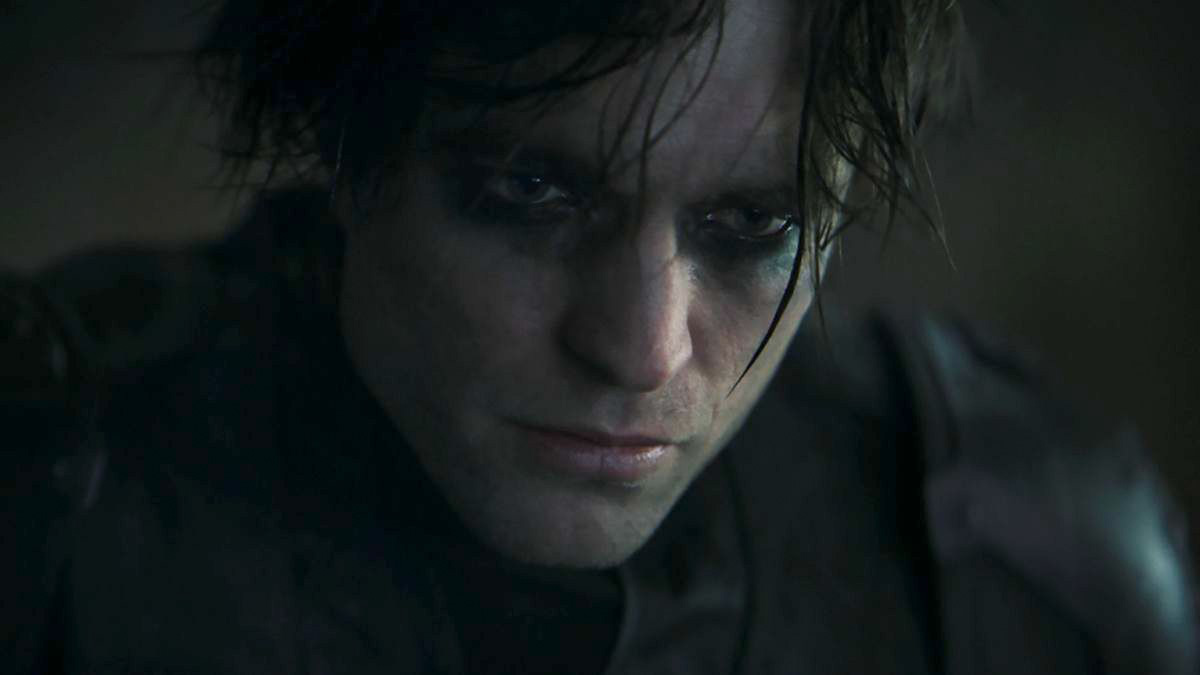 As Selina leaves at the end of the movie she says she might head to Blüdhaven. In the comics, Blüdhaven is a nearby city to Gotham (often depicted as even worse and more crime-ridden), where the original Robin, Dick Grayson, goes as he becomes Nightwing.

If you’ve enjoyed The Batman Easter eggs, be sure to check out our The Batman Review, and don’t forget to like and subscribe to the channel for lots more Superhero, and Pop Culture Content. 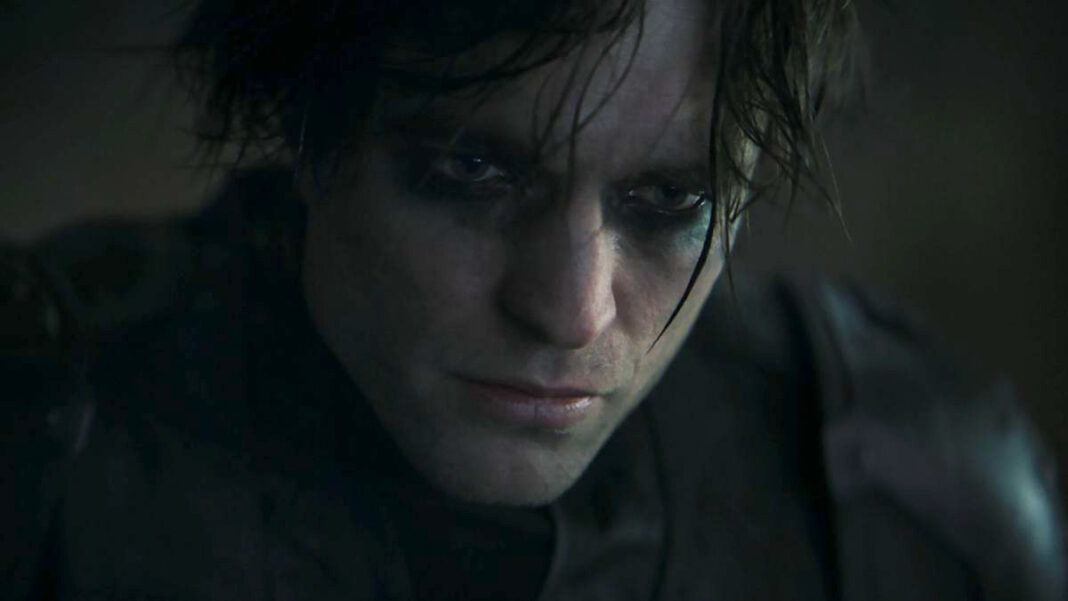