Chip ’n Dale Rescue Rangers brilliantly throws its audience into a world of humans and “toons” and delivers a fun adventure that is crammed full of smart, and almost unbelievable, references and cameos. But as well as that the movie delivers a clever look at Hollywood, how its stars fair after they leave the spotlight (or it’s taken away from them), focussing on some surprisingly deep topics. 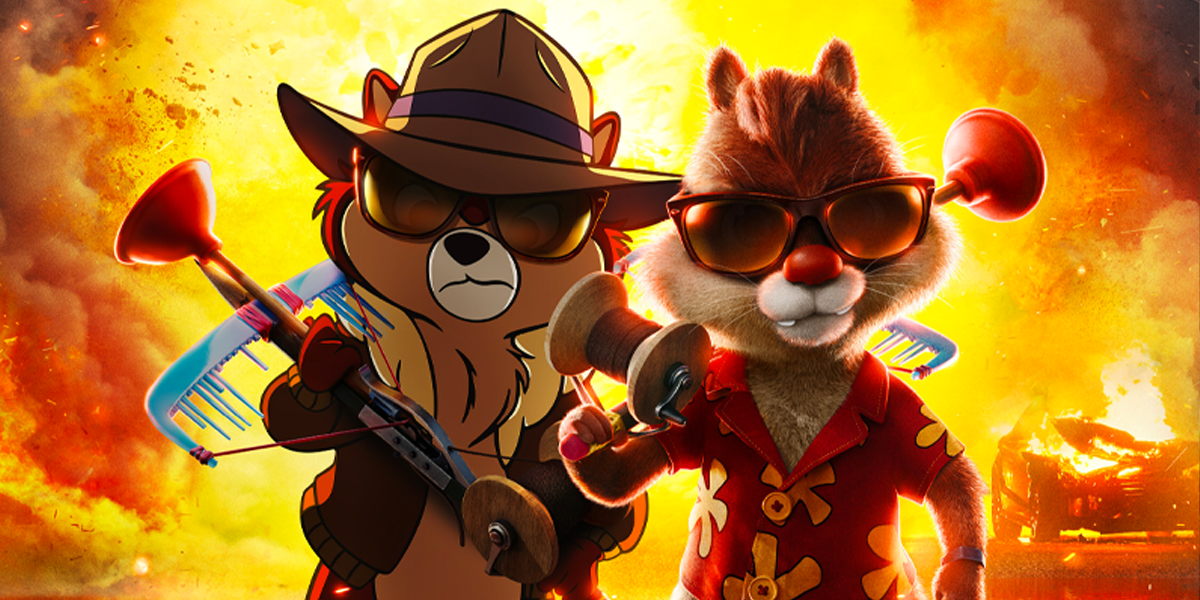 Like the live-action and animation blended movies that came before it, such as Who Framed Roger Rabbit? and Looney Tunes Back in Action, Chip ’n Dale: Rescue Rangers gives a glimpse into a world where humans and a wide array of cartoons co-exist, and all of our favourite animated characters are simply actors.

In this world, the real-world Rescue Rangers Cartoon was the height of Chip and Dale’s careers in the late eighties and early nineties, but after its cancellation, the two best friends separate and their lives take on very different paths.

The movie catches up with them in the modern-day as they are forced back together in an adventure worthy of (and suspiciously similar to) a Rescue Rangers episode, encountering every kind of animated character and some unbelievable easter eggs, and cameos along the way. 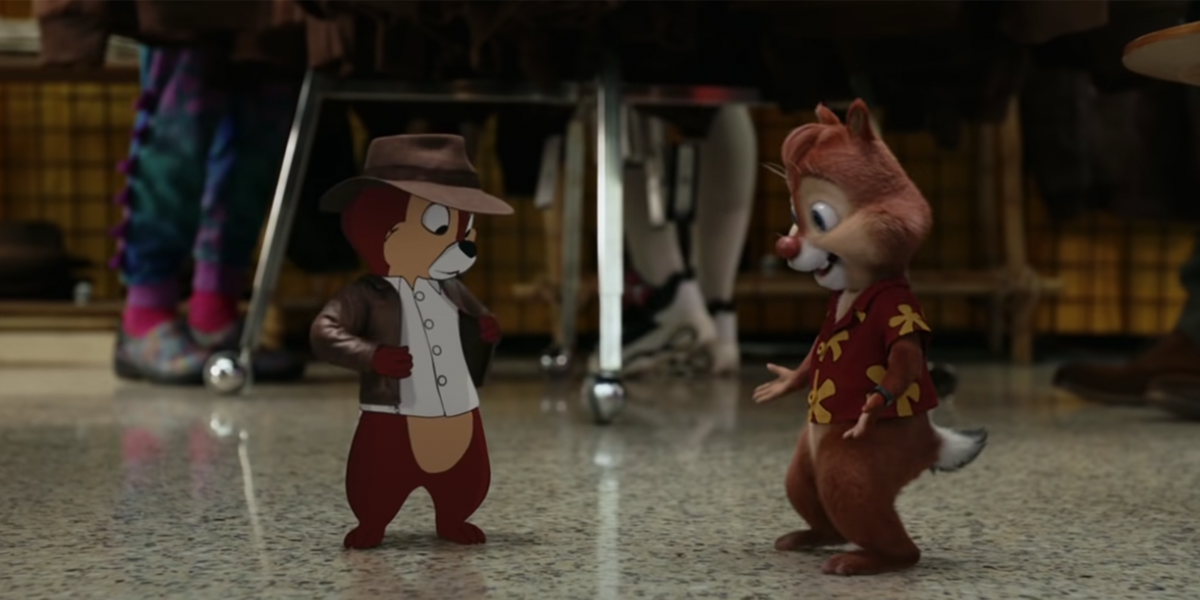 Chip ’n Dale Rescue Rangers uses its platform of a world filled with cartoons and impossible things to tackle some surprisingly intense topics and commentary.

Perhaps the most prominent is how actors are cast aside by Hollywood once they reach a certain age or fall out of popularity. Chip and Dale reflect two drastically different ways of dealing with suddenly losing your fame and job; Chip is now an insurance salesman Dale is desperately clinging on to any strand of fame he can by taking any roles that come his way and working fan conventions with a bunch of other outcast animated actors.

An even darker look at the same idea is Sweet Pete, the older, hairy, overweight actor that played Peter Pan. Voiced by Will Arnett, this version of Peter was fired once he began to visibly age and so made his own bootleg version of Peter Pan “Flying Bedroom Boy” and became a crime boss (making his money through a series of bootleg movies). 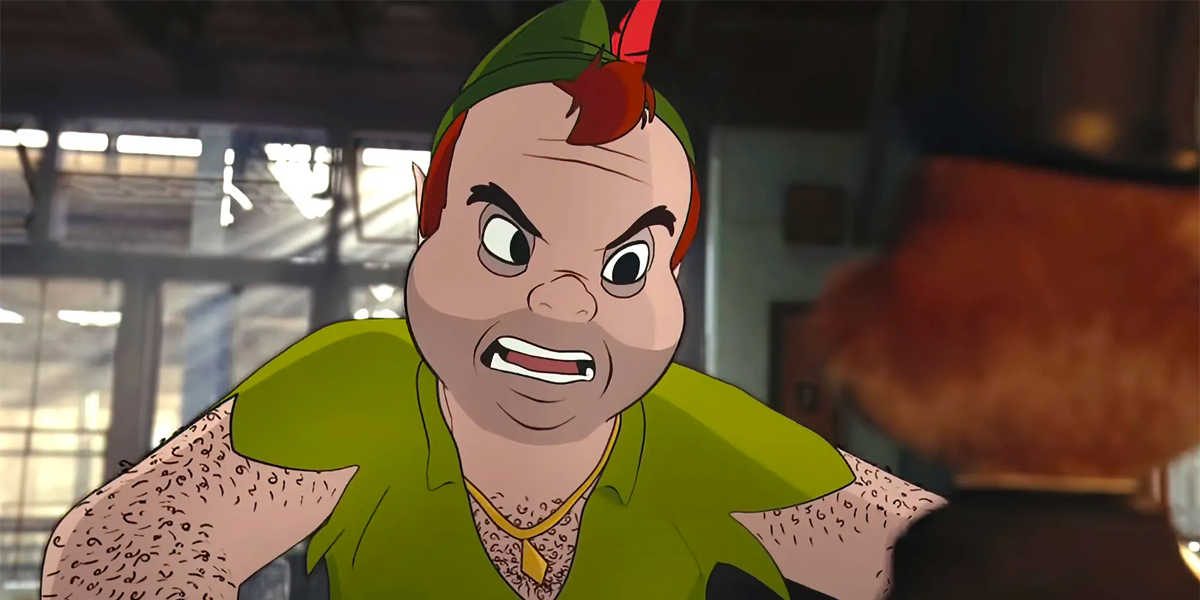 On top of the movie’s commentary on how Hollywood disposes of its stars, it also uses cheese as a drug metaphor and the idea of “CGI surgery” as something that traditionally animated characters can do to stay relevant.

The real magic of Chip ’n Dale Rescue Rangers commentary is, however, how smoothly it does it. It never feels like any of these points or ideas are hitting you over the head – at least not in a way that doesn’t make sense for the movie.

Chip ’n Dale Rescue Rangers has an all-star cast, both in terms of the in-movie characters and cameos, but in the real world as well. 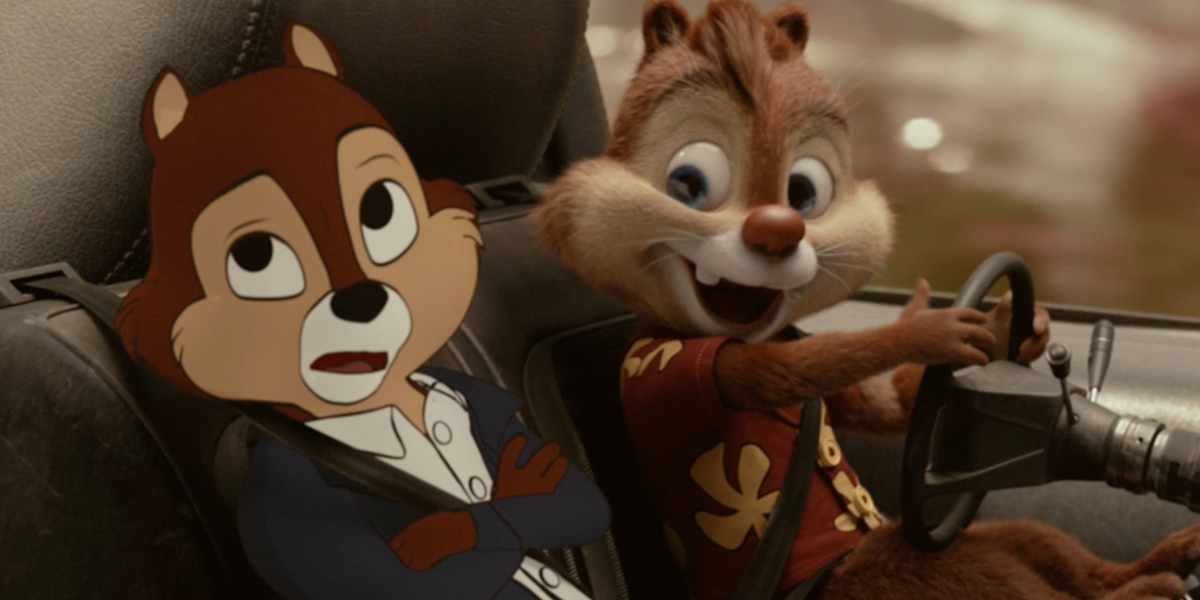 Chip and Dale are voiced by John Mulaney and Andy Samberg respectively. This take on the duo shows them as having real voices and characters as actors, behind the ones we saw in the Rescue Rangers cartoon. The chemistry and performance of the two is great and brings a solid sense of friendship and emotion to the two characters.

The rest of the core cast is rounded out by Will Arnett as Sweet Pete, Seth Rogen as Bob the Viking, Eric Bana as Monterey Jack, J.K. Simmons as Captain Putty, and lastly the only human main character KiKi Layne as Det. Ellie Steckler.

One of the most surprising things about the movie, and really a testament to the performances and animation work is how well it all blends together so that you just don’t think about it. Perhaps as a result of seeing so many different styles of animation and live-action footage at once, you simply accept that they all co-exist and that it makes total sense that  ‘CGI surgery’ is a thing and that chipmunks have miniature iPhones in this world. 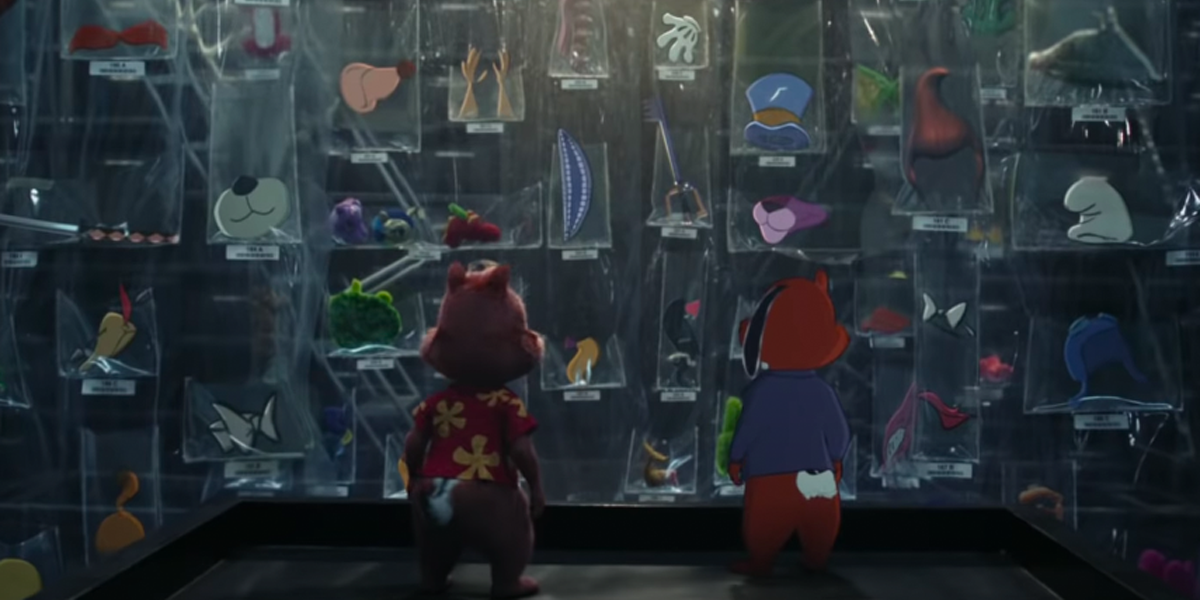 Aside from cramming a surprisingly effective amount of underlying messaging into a very fun movie, the most enjoyable part of Chip ’n Dale Rescue Rangers is the world it takes place in.

The movie is filled with an unbelievable amount of references and franchises that I’m still not totally sure how Disney managed to get it all cleared. On top of plenty of Disney owned references and jokes there’s a Batman and E.T. movie, characters from Transformers, Looney Tunes, and Masters of the Universe show up, and of course a triumphant return for “Ugly Sonic” the original version of Sonic from the 2019 Live action Sonic movie.

Chip ’n Dale Rescue Rangers is a rare film. On the face of it it’s a fun family adventure film (that admittedly focuses on several famous animated characters going missing…) full of fun easter eggs and a Who Framed Roger Rabbit style world. But beneath that is a tonne of well-done commentary and satire on the current state of Hollywood, and what it does to its stars. 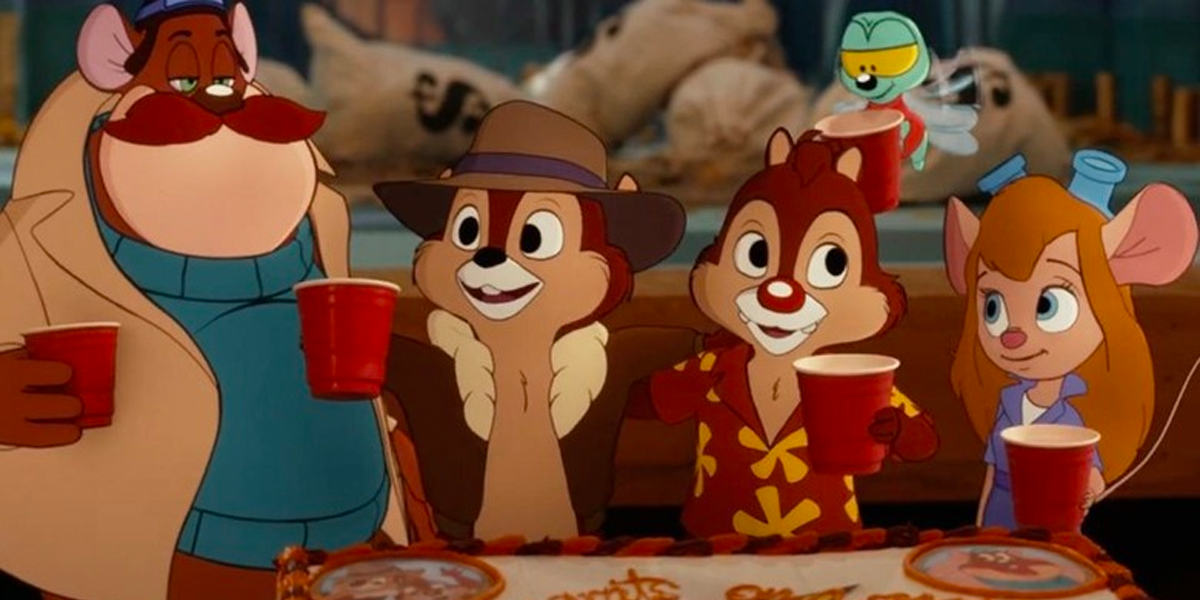 Hopefully, Chip ’n Dale Rescue Rangers is just the start of what could be a budding Disney+ franchise that explores this strange parody world of humans and toons, and the return of many other famous and iconic cartoon characters. 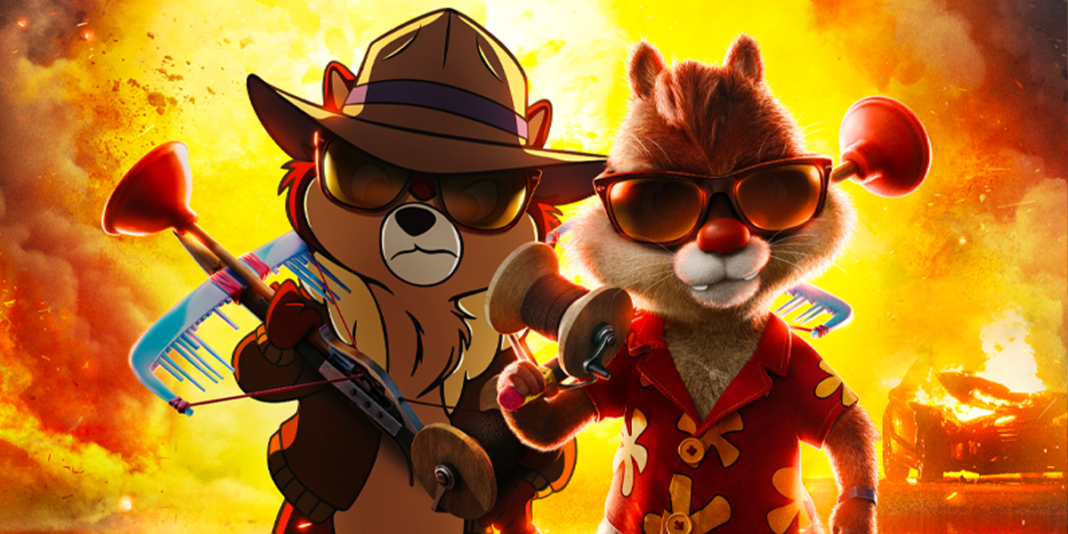