The Falcon and the Winter Soldier follows in WandaVision’s footsteps by delivering another amazing show set in the MCU. The series isn’t without its flaws, but the highs more than makes up for the lows. The show is packed with everything from returning characters taking center stage and stealing the show, to new characters adding something fresh and unexpected, and an extremely poignant message on what it means for Sam Wilson to become Captain America, and ultimately why he is the only one who can be…

Going in many might have expected The Falcon and Winter Soldier to be a straight-up buddy cop comedy with some great action scenes here and there. But what the series actually delivered was a deep and meaningful journey of redemption for Bucky Barnes, as well as an interesting look at the rise and fall of someone who wasn’t ready, and could never be Captain America with John Walker.

There is also the Flagsmashers, a group of people who want to return the world to the way it was during the five years of Thanos’ snap.

But most importantly, The Falcon and the Winter Soldier showcases a deep dive into the in-universe and real-world complications of a black man becoming Captain America, with an incredible character arc for Sam Wilson, our new, very different, and very awesome Cap. 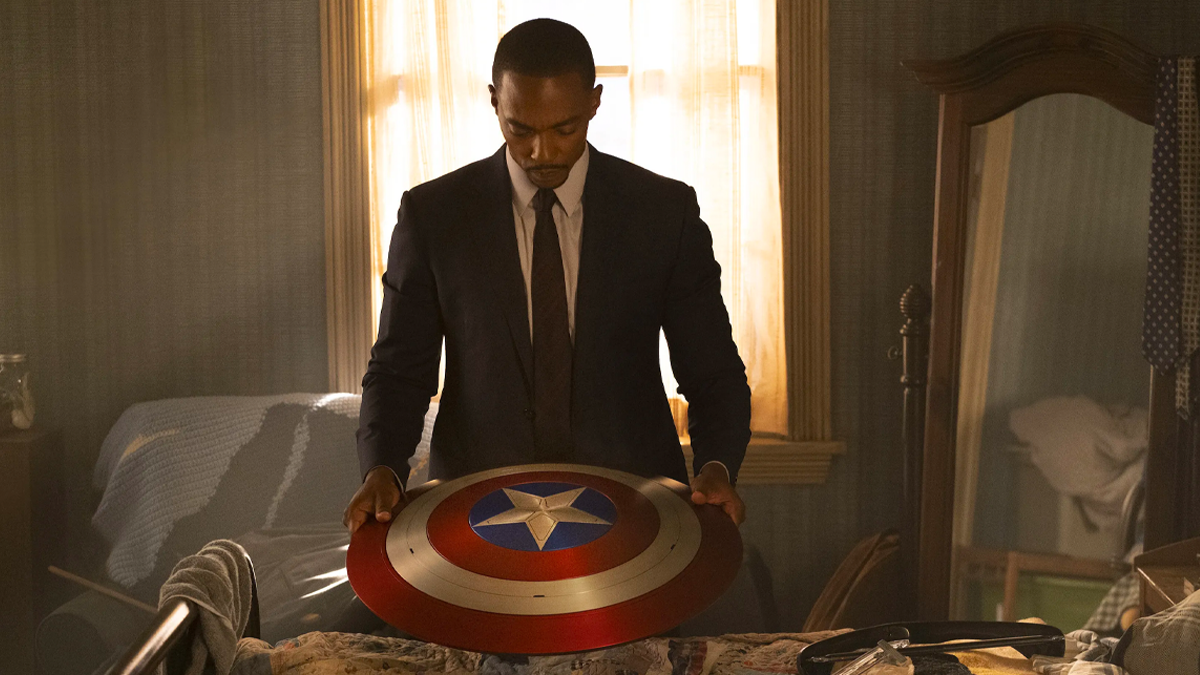 Going in, I would have assumed Bucky and Falcon got together by the end of the first episode and from there it’s them on their mission, with lots of jokes and action along the way.

But that doesn’t happen, in fact, by the end of the first episode, they haven’t even shared a scene together. And even when they do meet up, the show brings them together and splits them up several times, allowing for their chemistry and brotherly relationship to take center stage, but also focus on their individual stories.

Both Anthony Mackie’s Sam and Sebastian Stan’s Bucky get their time to shine in the show with and without each other, and although ultimately the series is Sam’s journey to becoming Captain America, it still does a great job of giving Bucky a deep arc that shows how much he is still tortured by his past. 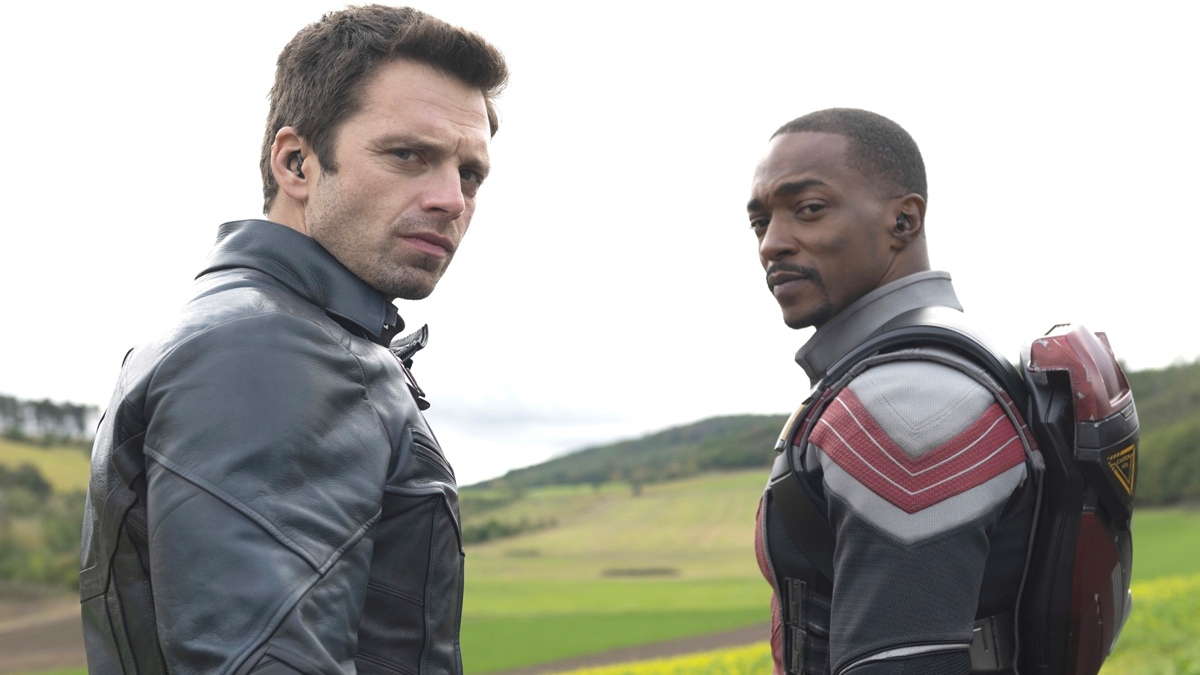 Sam’s story sees him trying to help his sister and nephews repair the family boat and rebuild their lives. This leads to a look at what life is like post Blip, with banks refusing a loan to an Avenger because he doesn’t have any financial history for the past five years (which they would definitely do if this was all real). His story also focuses on the racial issues that Sam has to deal with on a daily basis.

On Bucky’s side, he is trying to adjust to modern life, while making up for his past as the Winter Soldier, both of which he’s struggling with.

But in terms of other characters, one of the season highlights, and frankly one of the most surprising things about the show, was making Zemo into one of the best parts of a very good series. 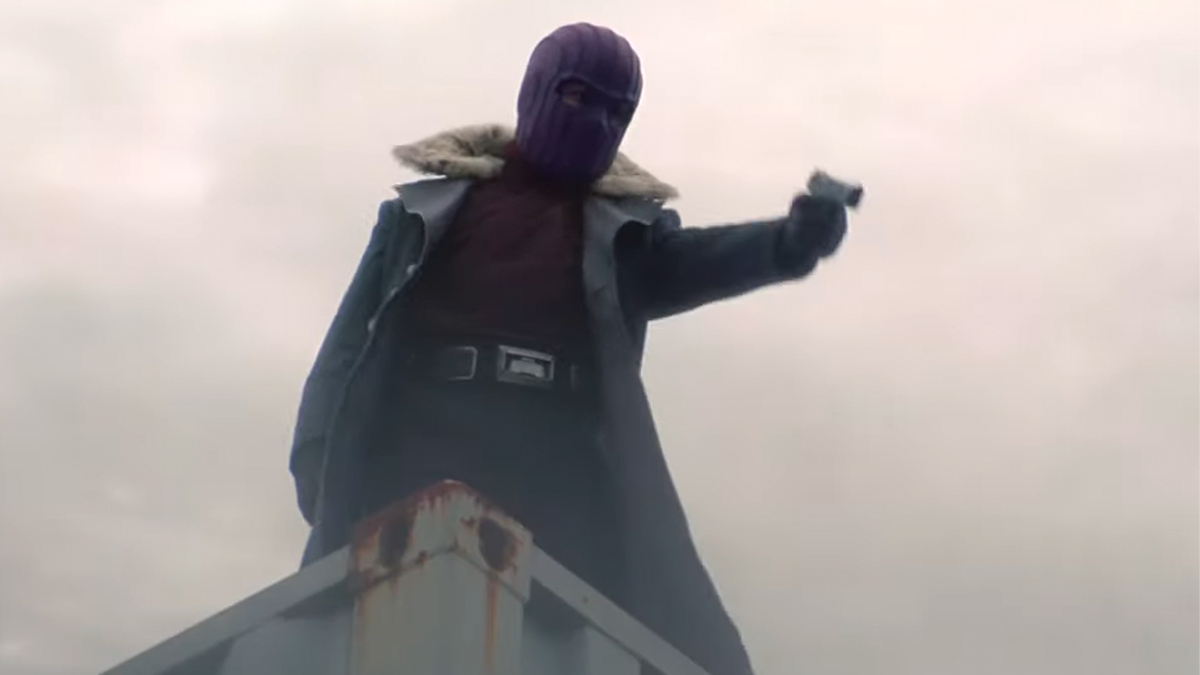 Somehow this show, in the middle of dealing with so many other relevant, emotional, and topical issues managed to turn the guy who made Tony Stark and Steve Rogers nearly kill each other into a funny and engaging character that I can’t wait to see more of.

Some people have pointed out that this version of Zemo seems to alter Zemo’s story from what we’d seen in Civil War, where we learned he was the commander of a Sokovian hit squad.

But I don’t think it does, it’s maybe a bit of a leap from what was implied there – he says he took his wife and children to his father’s house, but he forgot to mention it was probably a giant estate with tonnes of security. But him being a Baron doesn’t directly contradict anything we’ve seen, so I don’t think this is an alteration or retcon, it’s just revealing more about Zemo that we didn’t previously know. And even if it was changing or contradicting things, would anyone really care… this Zemo is amazing.

Another of the shows great supporting characters is John Walker, the new government-sanctioned Captain America.

Wyatt’s Russell’s Walker brings with him a slow (ish) descent into failure. He starts out as a celebrated war hero, someone who was studied by scientists for being a perfect human specimen, but over the course of the series, he shows that he is too brash, headstrong, and obsessed with the idea of being “Captain America” to actually wear the shield.

Walker ends up taking the Super Soldier serum which pushes him over the edge. But where Walker’s storyline is at its most intriguing is that he ends up as a more brutal Super Solider, who ultimately when given the choice, will do the right thing – as we saw in the final episode – it’s just that how he does it, might not be the way that Captain America would or should do it. 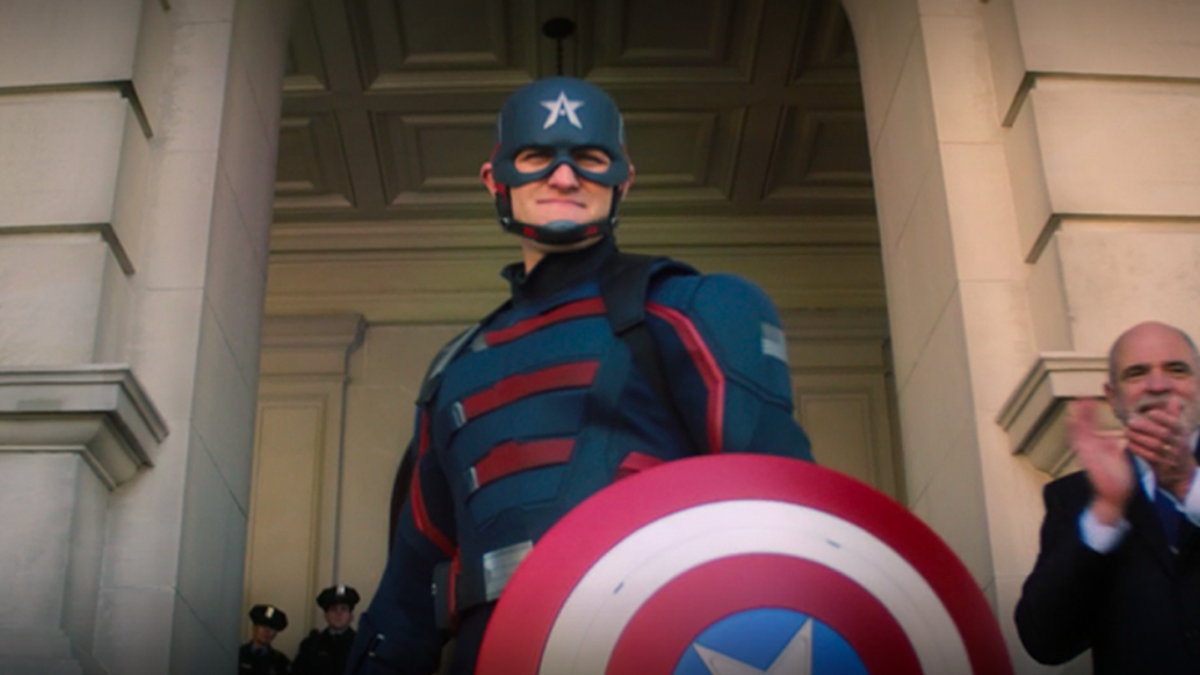 Setting Walker up as USAgent, a conflicted character that can return, is much more interesting for the future of the MCU, than him just being another crazed and villainous Super Soldier that’s been pushed over the edge. That’s something we’ve seen plenty of times before in the universe.

People have critiqued Walker’s arc as being redeemed too quickly – and bare with me here, I’d like to point out a couple of reasons as to why I don’t think that’s true.

Firstly I don’t think his ending is the happy ending many people think, he as an individual is happy yes, but he’s naive and going to be doing shady USAgent stuff and maybe he doesn’t quite realise that yet. 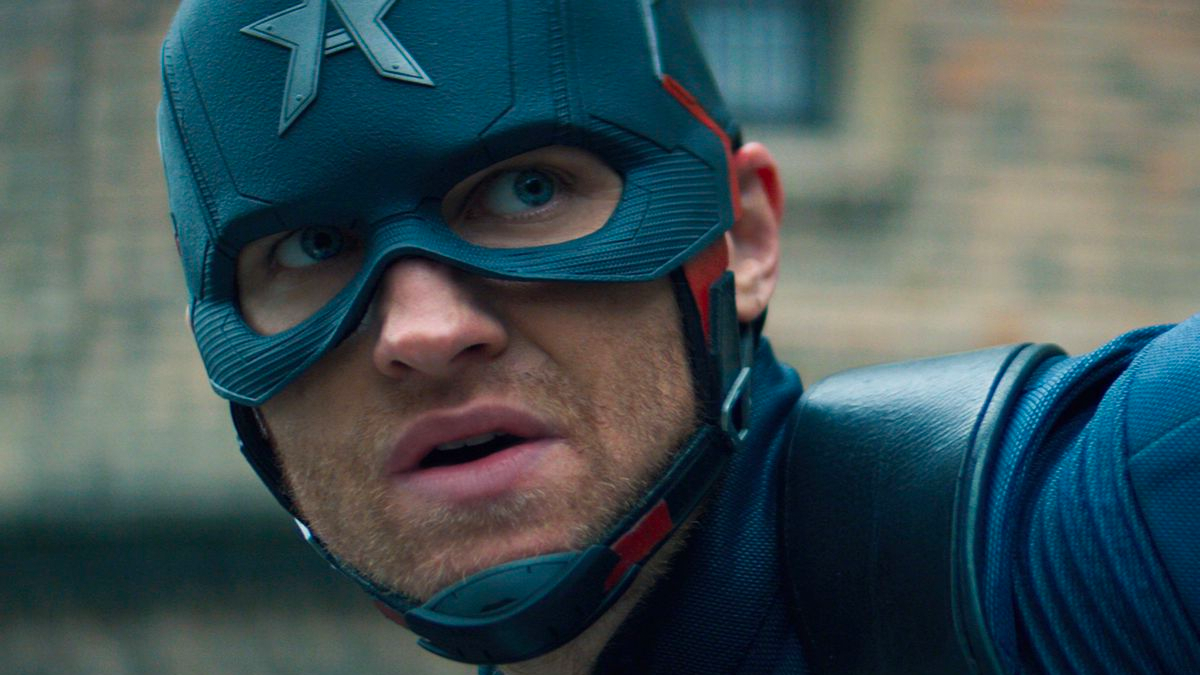 But also, he for sure did the wrong thing by killing the Flagsmsaher, clearly let his emotions get the better of him, and lost control in the senate hearing, I’m not diminishing that or justifying it.

But all of the Avengers have murdered people – loads of people, they’ve also broken the law, defied governments, ignored orders, and definitely lost control of their emotions – we still like Wanda, and she terrorised a whole town by taking over their minds in WandaVision. Why we like or dislike these characters all comes down to context and perspective.

I don’t think Walker really fell as much as people are thinking – I’d say rather than him being this terrible person and villain, who had a good moment at the end and was redeemed, which is what some people are looking at this as. 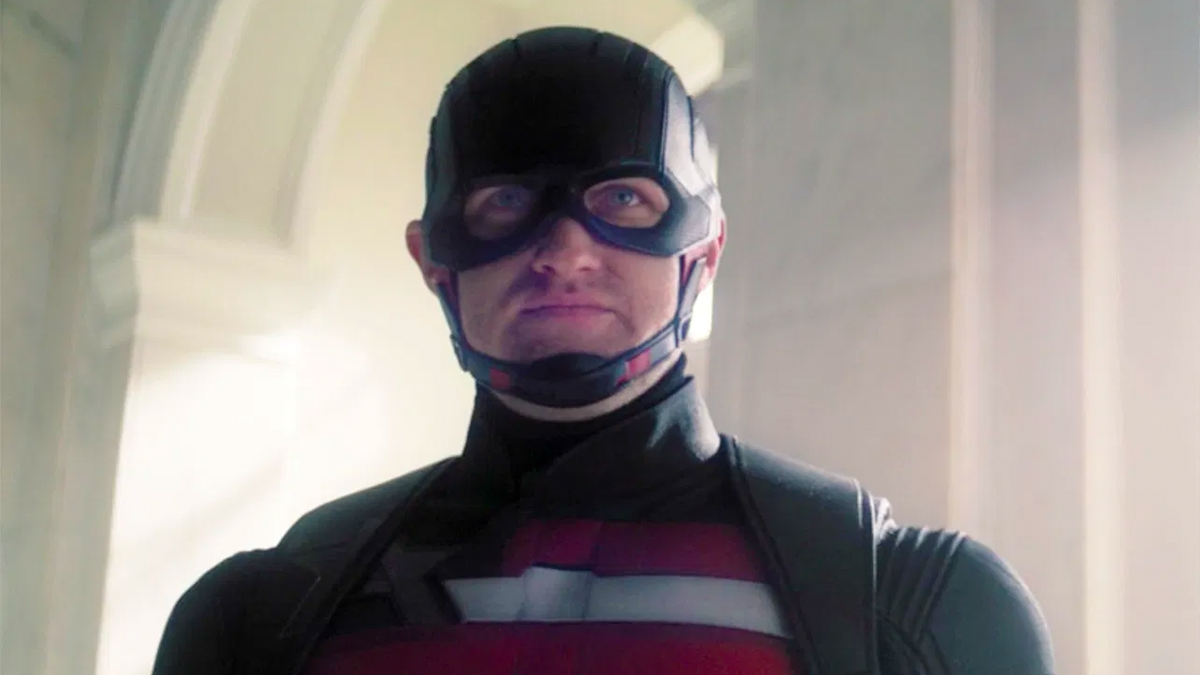 Instead, Walker, is a decorated war hero, with his issues after years in the military, who was given too much pressure and a job he wasn’t right for and had a few bad days, where the serum got the better of him.

And most importantly that makes for a more interesting character going forward.

The main bad guys of the series, other than Walker and Zemo, who fall somewhere in between the hero and villain categories are the Flagsmahers. 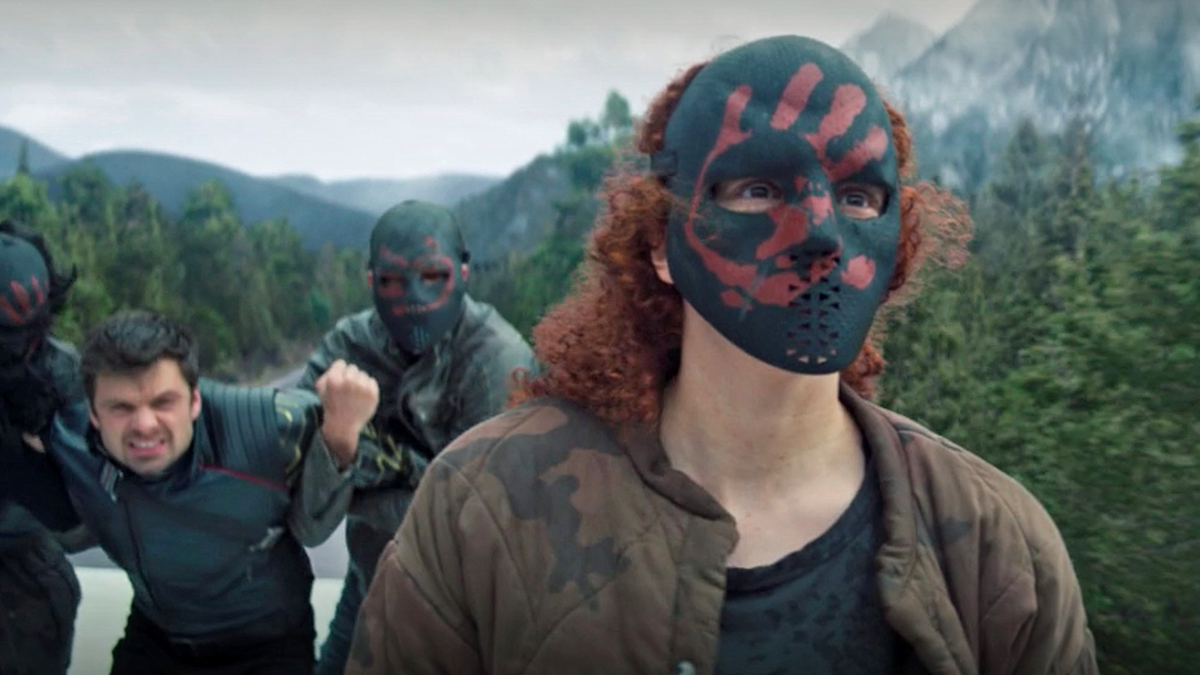 A group of anti-nationalists who have been displaced after the Blip, where they were rehomed after the initial Snap, and then once again moved and are now homeless, nationless, and left without enough support after everyone returned from the snap.

The movement is led by a small group of Super Soldiers, who stole a functional serum from the mysterious Power Broker.

I think the Flashsmasher’s are in the end one of the show’s weaker points, primarily as they tried to toe the line with making them sympathetic and relatable but also having them as an ominous and sinister threat. 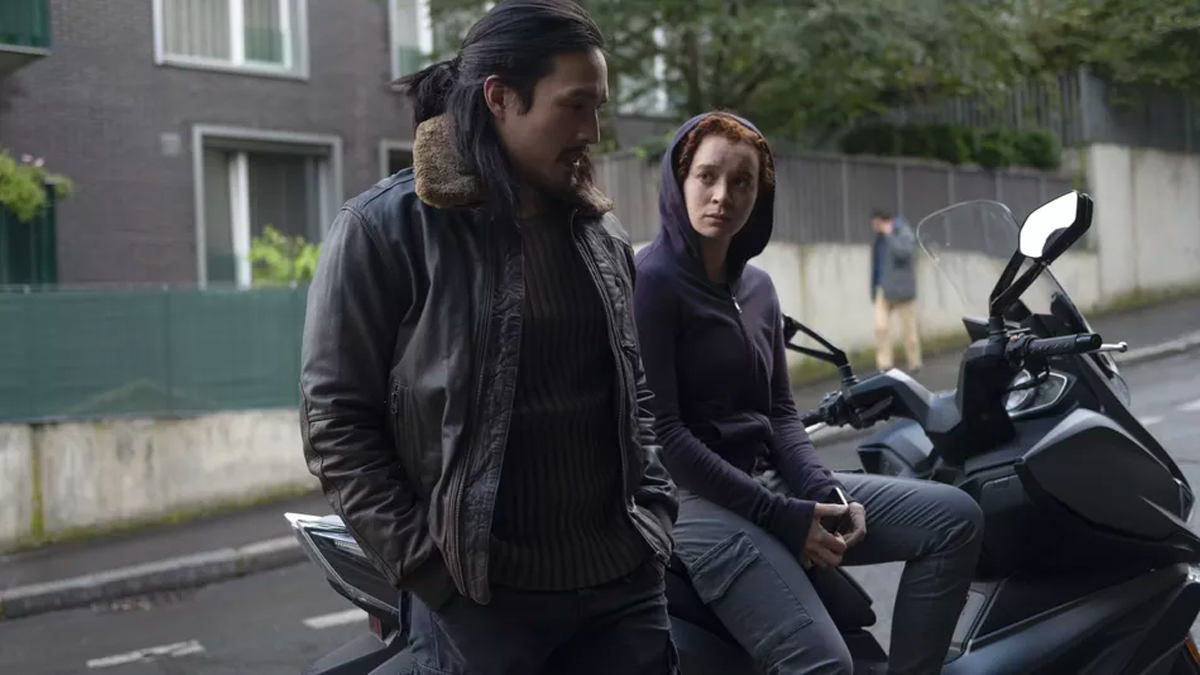 In many ways they are right and what has happened to them is completely unfair.

But then we also see them blowing up buildings, murdering people, and ready to publicly execute world leaders to prove their point, and are just all-out terror inciting terrorists.

It’s a strange mix of what the show wants us to feel for them, in particular with how much screen time they get, and how many conversations we get between Karli and her followers that basically end in them looking at her a little doubtful, and her being like “No we are doing this”. 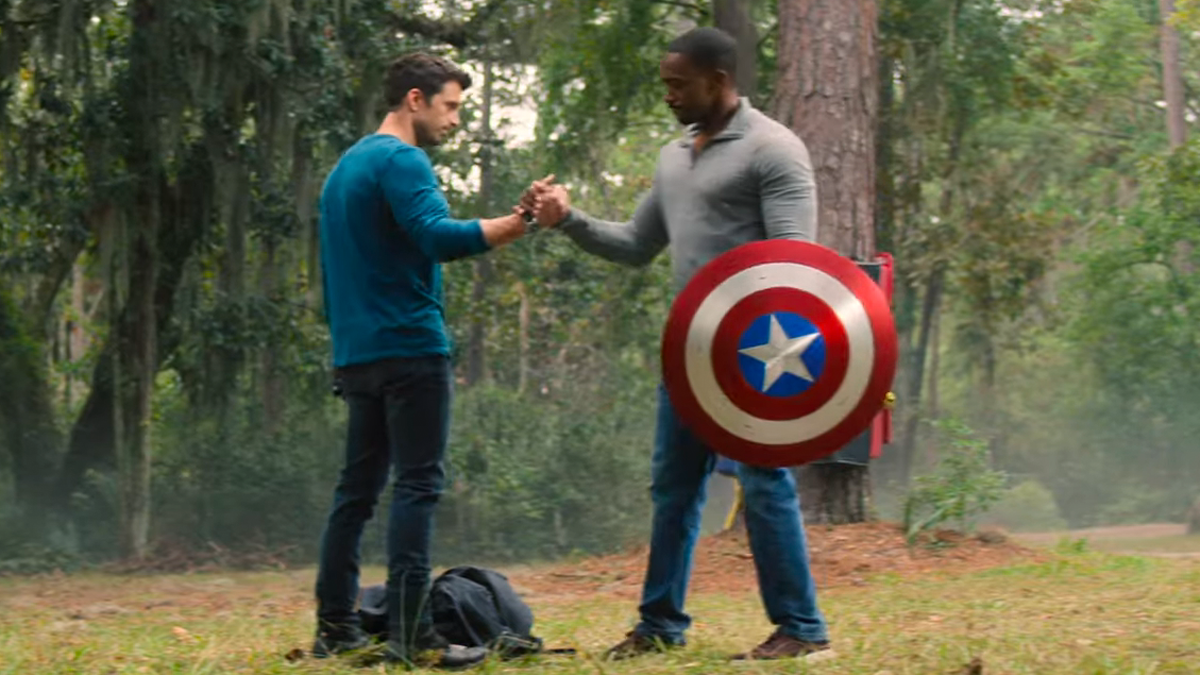 There’s a lot “this is the time” sort of speeches from her.

And as people with their ear to the ground of the MCU will know, apparently the Flagsmashers storyline was heavily altered due to real-world circumstances last year, and originally they were set to unleash some sort of virus, which for obvious reasons was tweaked.

But where they do shine is when they help other characters arcs – which in the end I guess is their true purpose. 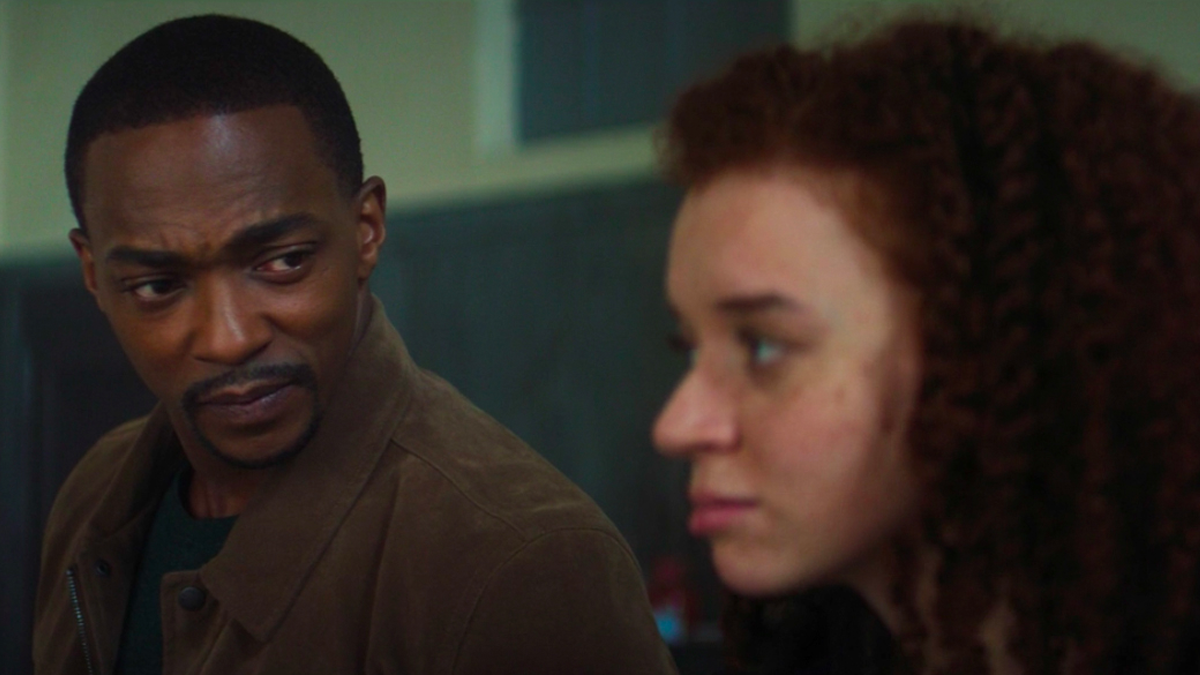 Mid-season we see Sam go in and try to talk to the Flasgsmahser leader, Karli Morgenthau, and he very nearly manages to talk her down, but his conversation however is undone by John Walker storming in and attacking.

It shows how different Sam and Walker are and makes it clear which one should be Captain America.

Another hugely important supporting character, which leads into the show’s biggest theme, is Isaiah Bradley, and how much of a role race plays in Sam’s initial decision to give up the shield, and his later one to reclaim it. 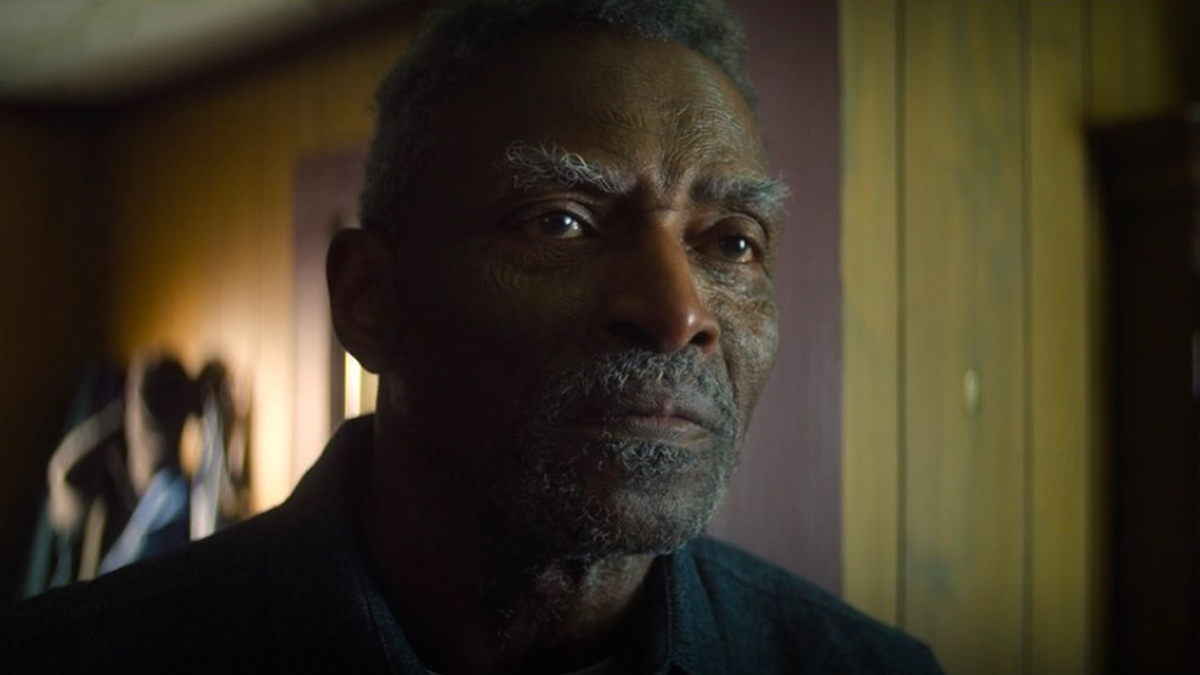 There is definitely a version of the series where it touched on the subject here and there, but mostly told a regular origin story of Sam as Cap, but instead, it went all-in on the racism behind choosing John Walker to be the new Captain America, how complicated it is for Sam to become Cap, how Steve and Bucky hadn’t considered that, and that there was a black Super Soldier Isaiah Bradley, who instead of being celebrated like Steve Rogers was, was locked up and experimented on for decades, being completely erased from history.

It brings up a fascinating examination of the legacy of Captain America, and what Steve Rogers means to the wider world, ending with Isaiah Bradley saying that no black man should want to be Captain America.

Because of what the shield represents, and how the US has treated black men and women for generations, all of which makes Sam’s decisions even harder. But in the end that is what gives him the push to take the shield, make it his own, and defy what everyone thinks. 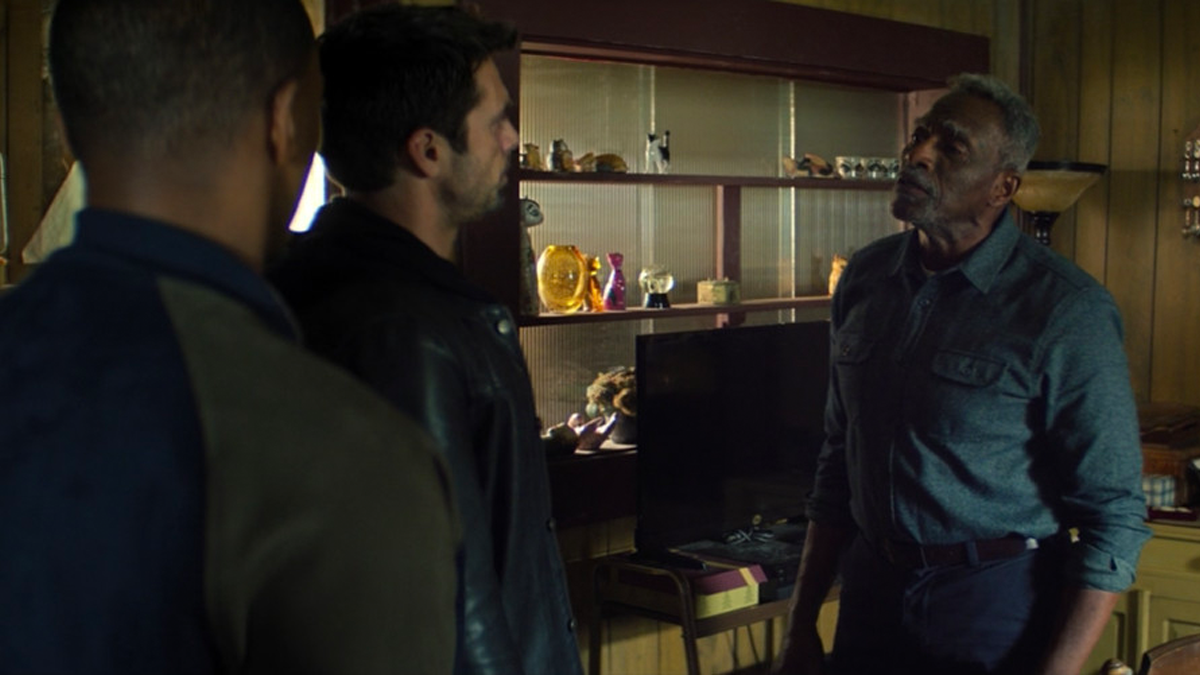 Ultimately this show made Sam becoming Captain America mean something very special, and on top of that, it gave Bucky some much-needed closure. The show ends with the amended title “Captain America and the Winter Soldier” – which shows the growth of the two characters of the series.

Sam is no longer Falcon, he is now Captain America, and Bucky who has made amends for his past crimes, and can now (at least start move on) – is the Winter Soldier.

Overall, The Falcon and the Winter Soldier did a great job of diving into important, topical, and hard-hitting issues – totaling to some incredible development for characters old and new, and most importantly giving both the in-universe MCU and the real world a new Captain America, one that more than lives up to the name. 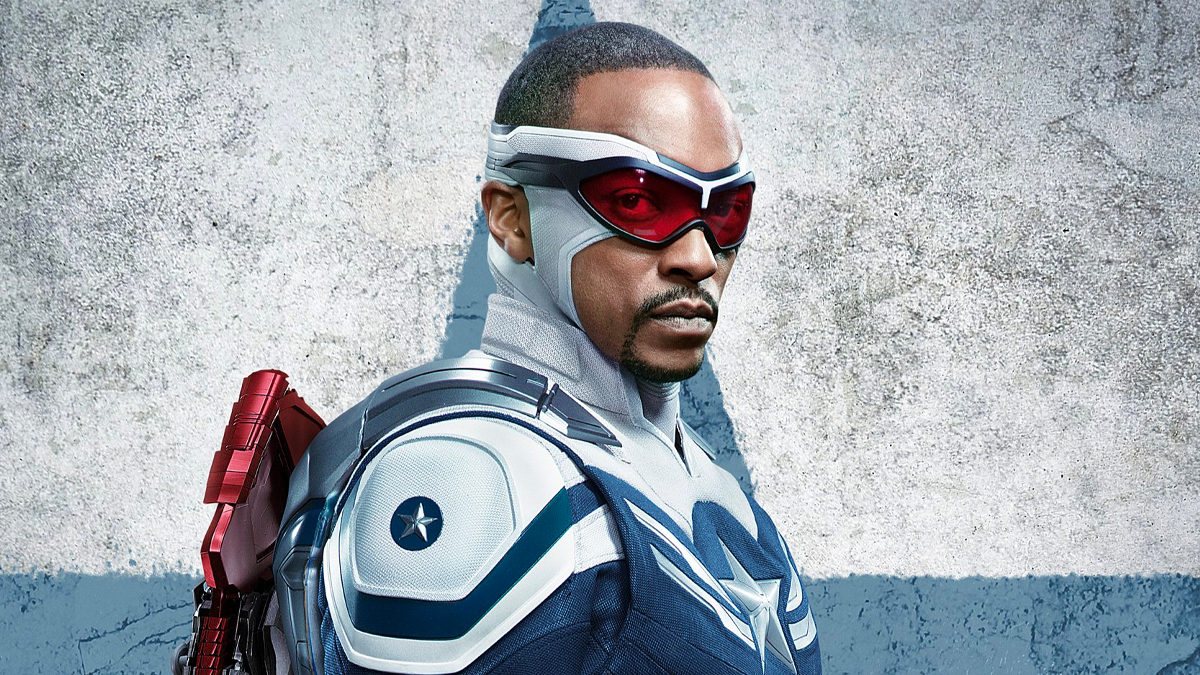 Thanks to anyone who has made it this far into my ramblings – if you liked the video please like and subscribe to the channel for lots more MCU, superhero, and pop culture content, and let me know your thoughts on The Falcon and the Winter Soldier in the comments below… 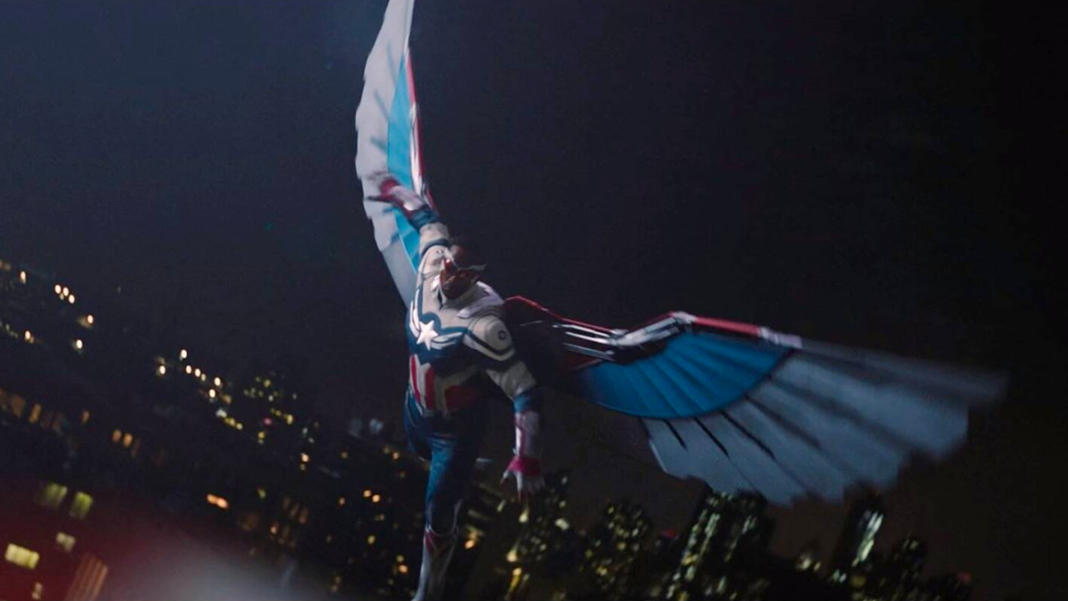 The Falcon and The Winter Soldier Review