One of the MCU’s biggest successes is how it makes the Iron Man suit (and all of Tony Stark’s tech) seem believable, and I’d argue that one of the MCU’s biggest achievements is how it makes completely impossible things somewhat believable. Obviously, you’re going into these movies with some level of escapism, and not sitting down to scrutinise whether it all makes sense – it’s a series about gods, men that turn into big green masters when they get upset, a guy with the powers of a spider, a guy that can shrink, and their friend that they pretend helps out with his bow and arrow.

And yet the movies have a kind of a sense of believability. Starting with Iron Man, the man who started the whole universe  – it’s clear that director Jon Favreau and the studio put a real effort into making the unbelievable believable.

The Tony Stark holographic interface is even today totally unrealistic, Jarvis is actual artificial intelligence that interacts in an impossibly human way, and the Iron Man suit is completely over the top.

And yet how they are introduced, and the fact that they are all wrapped up in the charisma and charm of Tony Stark, makes them and this world feel grounded and (almost) possible, and yet it establishes a world where the truly impossible can happen. 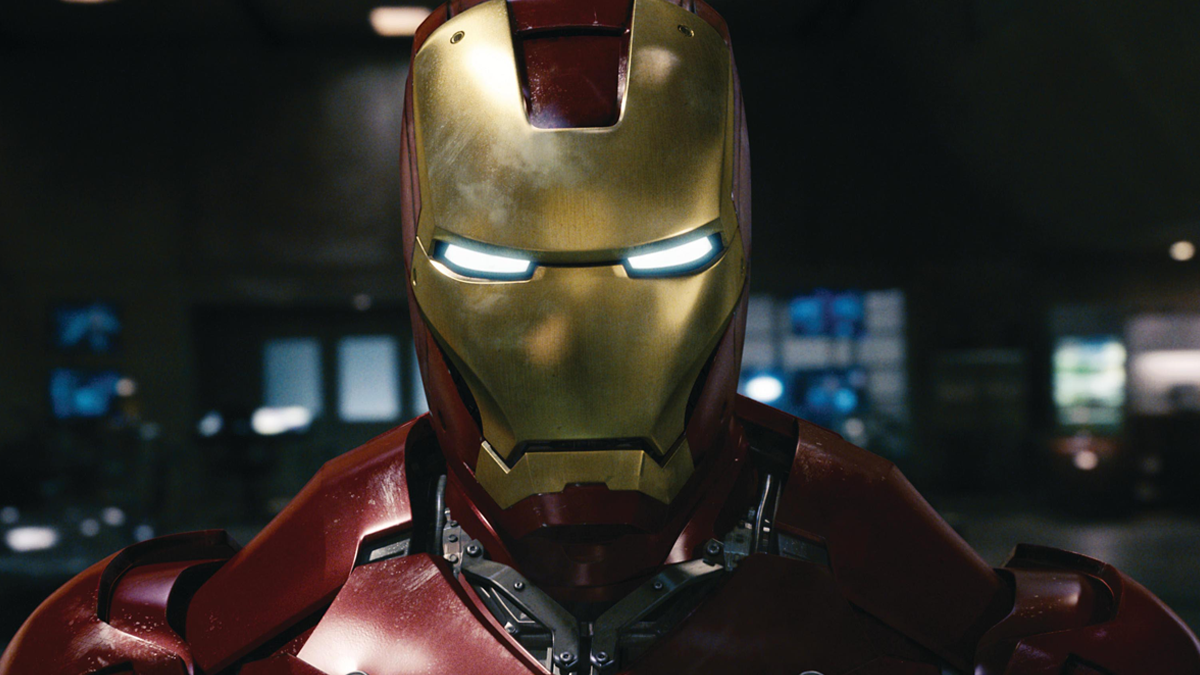 Ignoring for a minute the technology and how the suit is able to move and make Tony stronger and faster. The physics don’t really make sense, flying that way would break bones, the inertia would jumble up Tony Stark’s insides, and flying anywhere even at Mach 3, (Mach 3.3 is the top speed of the worlds fastest fighter plane, the Lockheed SR-71 Blackbird) would still take hours.

Just to dive into that a little bit – Mach 3 is 2301.81 miles per hour – which means flying from Malibu to Afghanistan, which Tony does (or at least he goes to the fictional village of Gulmira in Afghanistan) – even that flight is 7,717 mi, so at Mach 3 would still take 3.35 hours.

3.35 hours of Tony just trapped in a metal suit. 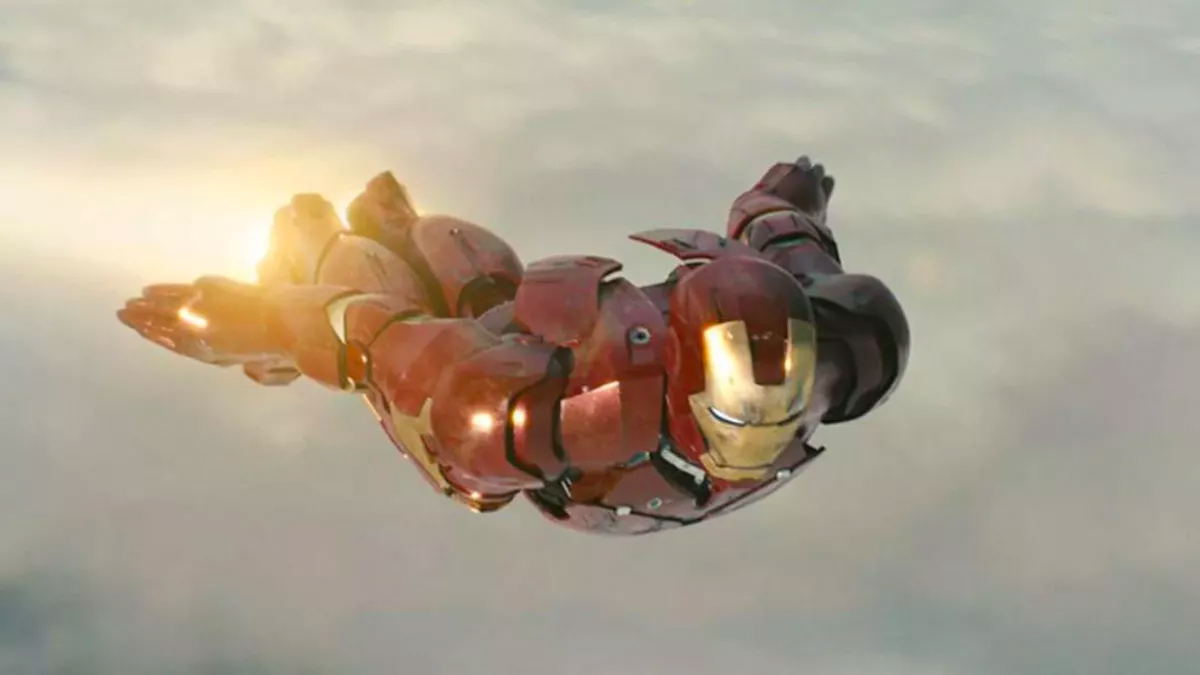 From there, the suit isn’t that big or thick, and yet it’s almost totally bulletproof, fireproof, electric proof, everything the movies need it to be proof – and we in the moment accept it.

I think a huge part of why we believe in the Iron Man suit, you know other than the suspension of disbelief we have going in, is that we see its progression – not only from the Mark 1 through to the Mark 3 in the first Iron Man movie. But through all of Tony’s appearances in other movies like the Avengers, Captain America: Civil War, and Spider-Man: Homecoming.

There he continuously works on and tweaks his suits, leading up to Iron Man 3, where we see a series of purpose-built suits, showing that not every suit can do everything (although in the movies the suits can usually do whatever Tony needs them to do at the time). 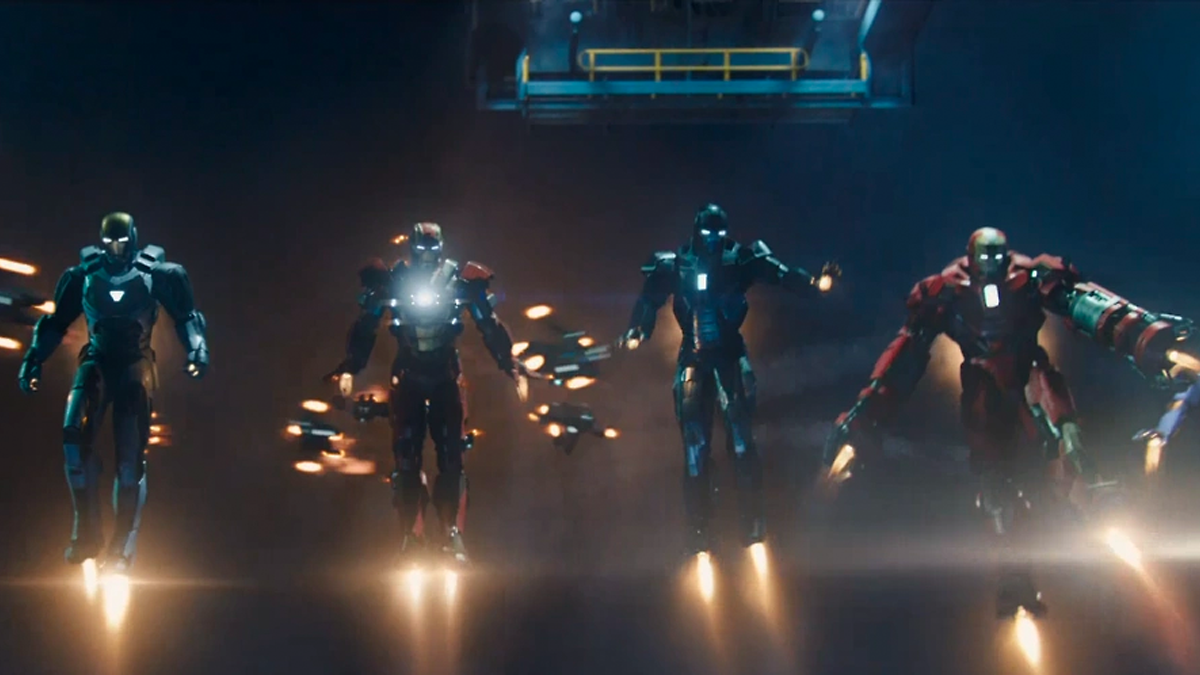 In fact, the MCU builds up Tony Stark, the Iron Man suits and his technological abilities so well that he can basically do anything, and as an audience and MCU fan, it makes sense.

And yet, with each iteration of the suit, and as cool as they look they move further from reality.

In Iron Man 2 we get the awesome briefcase suit up scene which still holds up and is a great action scene – but as soon as you think about it, you realise – wait wouldn’t that briefcase be insanely heavy? 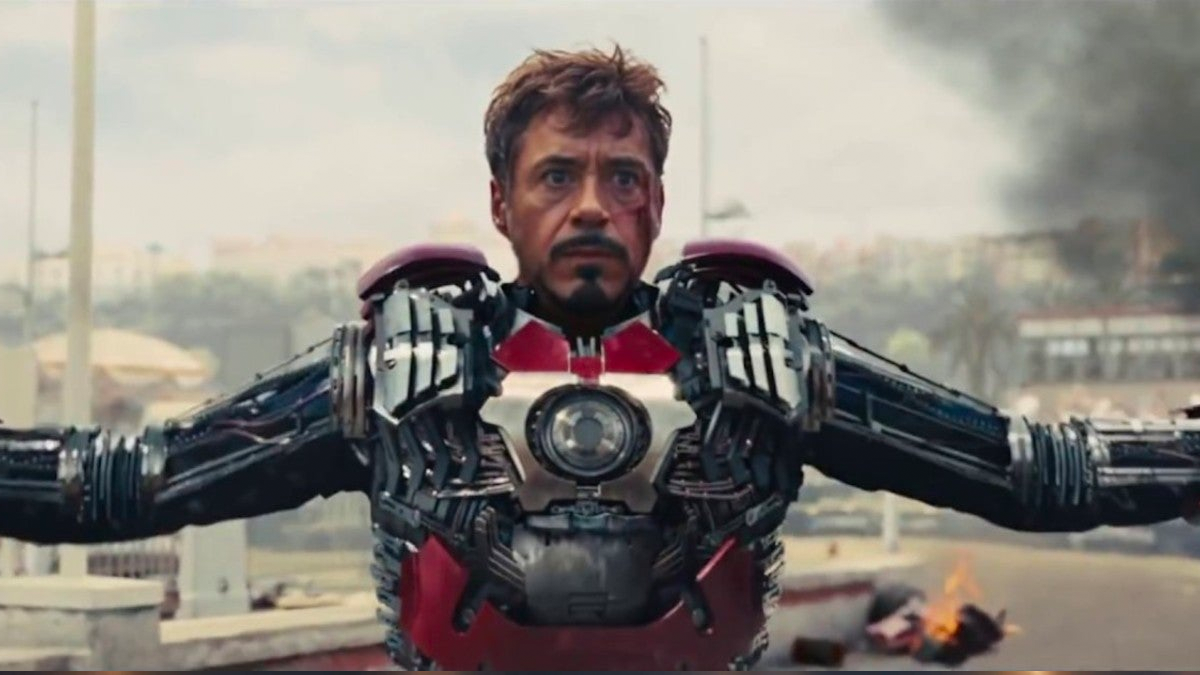 In the same movie we see Ivan Vanko, aka Whiplash, don some arc reactor whips. Not only is he able to hit F1 cars and split them in half (but then minutes later not be quick enough to hit Tony Stark just shuffling around on the floor). But the ‘suit’ or I guess pants, or whatever we want to classify the outfit as apparently also makes him car crash proof.

You just tell them what to do and they do it – the whole Expo attack is like the perfect advert for how effective this kind of tech can be – it takes Iron Man and War Machine to beat them, and they just manage it. 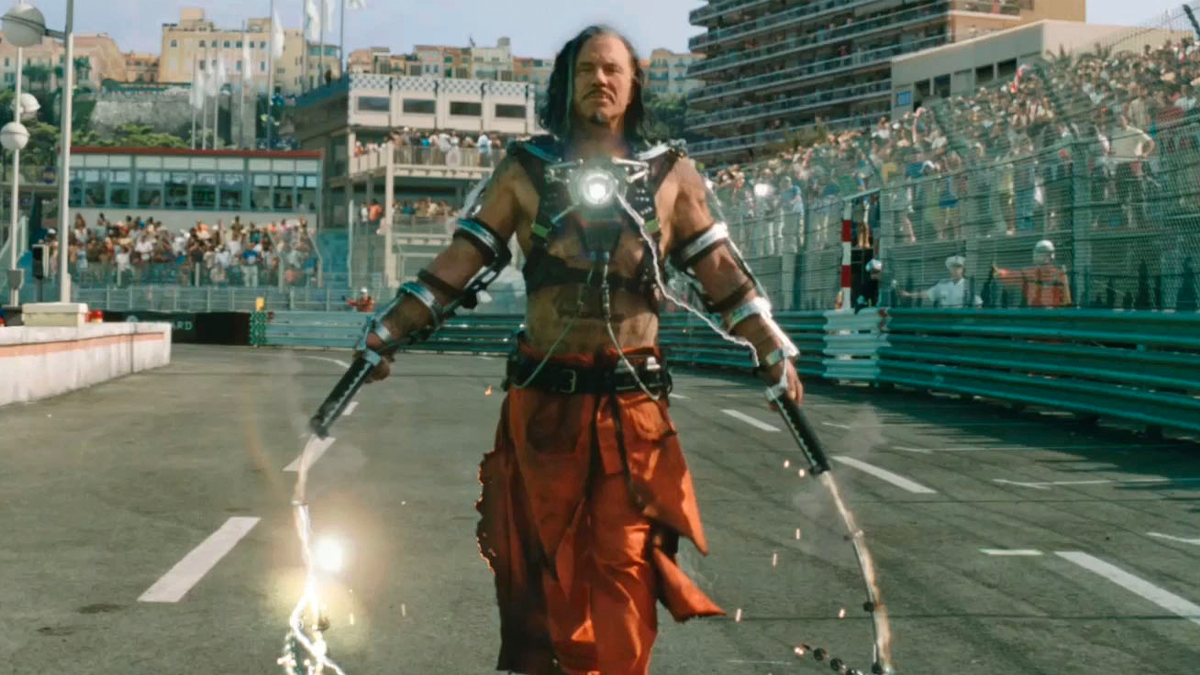 The escalation in tech and realism ramps up quite a lot between the first and second movie, and yet the groundwork is there so that it feels believable. There’s just enough real technology that as an audience, we see the parts we need to see, the progression of the suits and the tech so that when it arrives in its final form you aren’t laughing at how outlandish and impossible it is…

That’s obviously pretty rich when talking about a guy who flies around in a suit that doesn’t really make sense the more you think about it – but I’d argue that making this stuff believable is one of the MCU’s biggest achievements.

In Avengers Age of Ultron Tony not only creates the Iron Legion, a literal army of Iron Man drones – learning from Vanko from Iron Man 2, but he also creates (thanks to the Mind Stone) legitimate, although evil, artificial intelligence in Ultron. 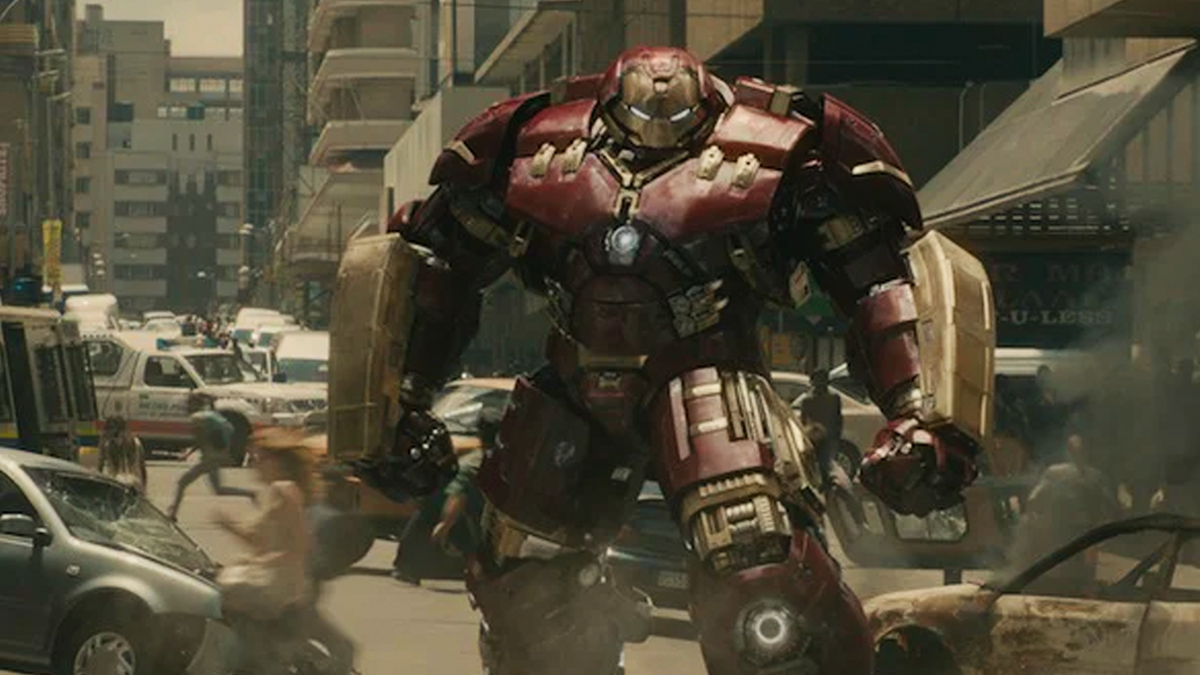 As well as (with some help from Bruce Banner) making a floating satellite/armoury named Veronica, that is able to take on and eventually beat the Hulk. Tony is beyond overpowered in the MCU, and that’s well before we get to the Nanotech that means he really can do almost anything.

But what may the real key to the success and believability, of Iron Man is Rpbert Downey Jr himself. RDJ’s performance throughout the MCU is one of the most consistent, and has one of the best character arcs, if not the best, in the entire franchise.

RDJ brings with him a cockiness, some extreme self-confidence, and yet a charm and vulnerability, that makes you not only care about Tony but believe as he does, that he can literally do anything. 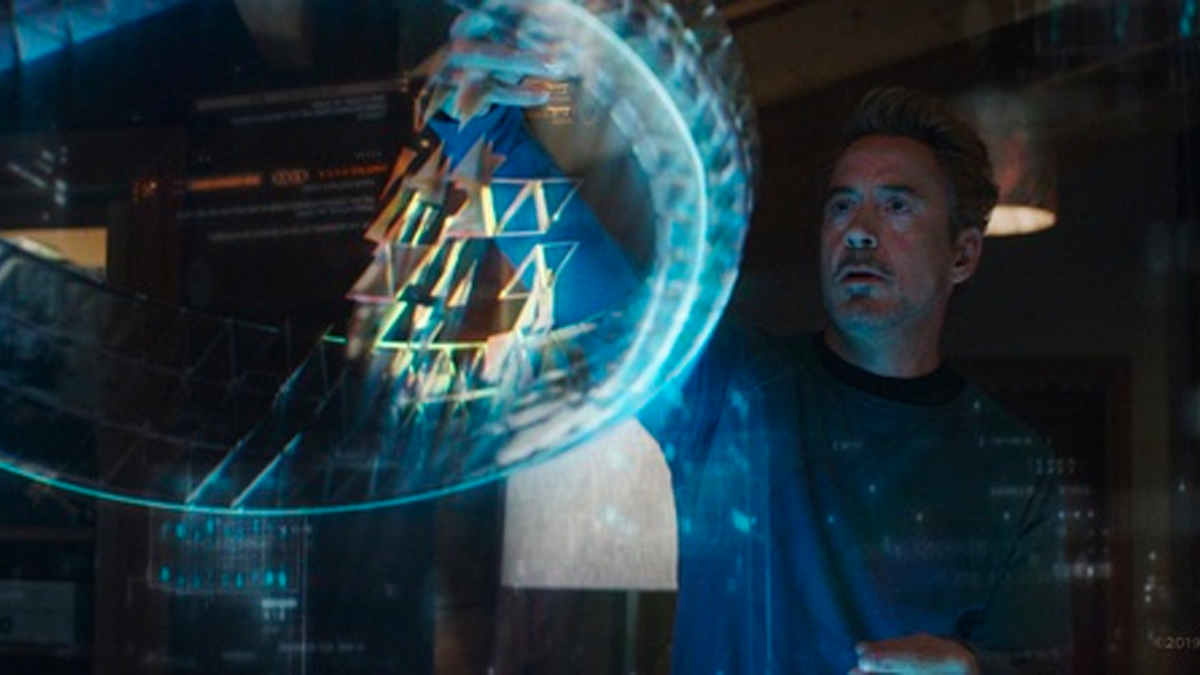 In Endgame he literally solves Time Travel in a night. One night, it’s barely even that – and you kind of buy it – because it’s Tony Stark…

As fans we talk about how Tony Stark is relatable as he’s just a regular guy in a suit, he isn’t a god or super-soldier, or a trained assassin.

But we kind of overlook the fact that the suits are just as impossible as the Hulk or a god with a magic hammer because of how good of a job the movies have done at making them feel believable – oh and Tony Stark is a billionaire genius – so not really relatable at all.

Thanks to anyone and everyone who has made it this far into my ramblings – if you liked the video please like and subscribe to the channel for lots more MCU, superhero, and pop culture content, and let me know your thoughts on Iron Man (and how much we all miss him) in the comments below. 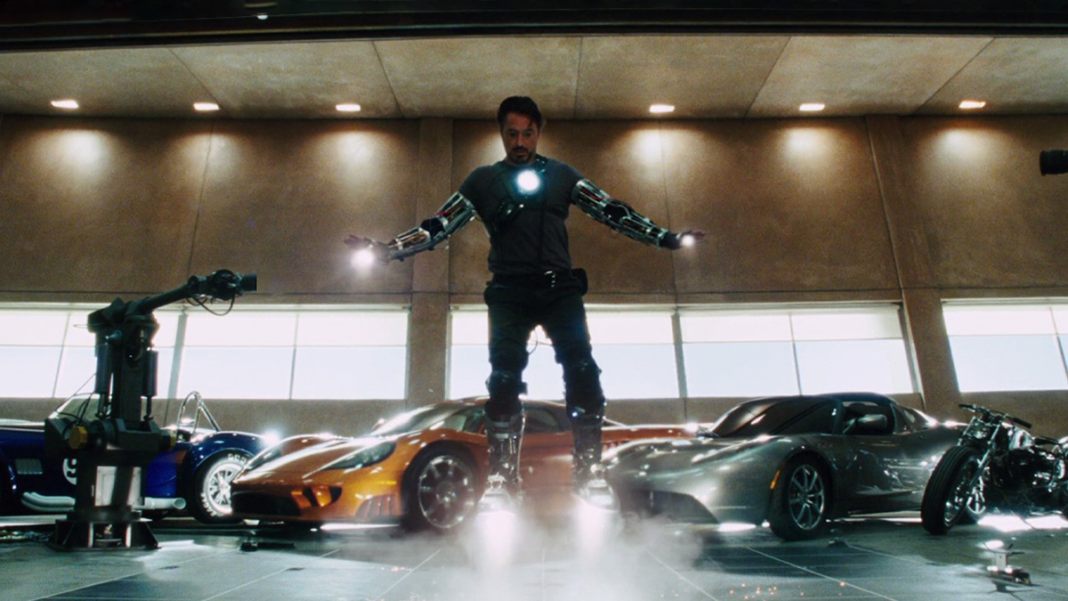