Taking a (tree clawed) stab at one of Wolverines iconic comic book suits, Mezco continues their dive into the world of Marvel with the Yellow and Brown Suit Wolverine figure. The figure is significantly easier to get a hold of than the Tiger Stripe version (although the newer Tiger Stripe version is still available for preorder). The Brown Suit Wolverine looks great, poses well, and lies somewhere between a classic version of the character and Mezco’s more realistic style, totalling to a great figure of Logan. 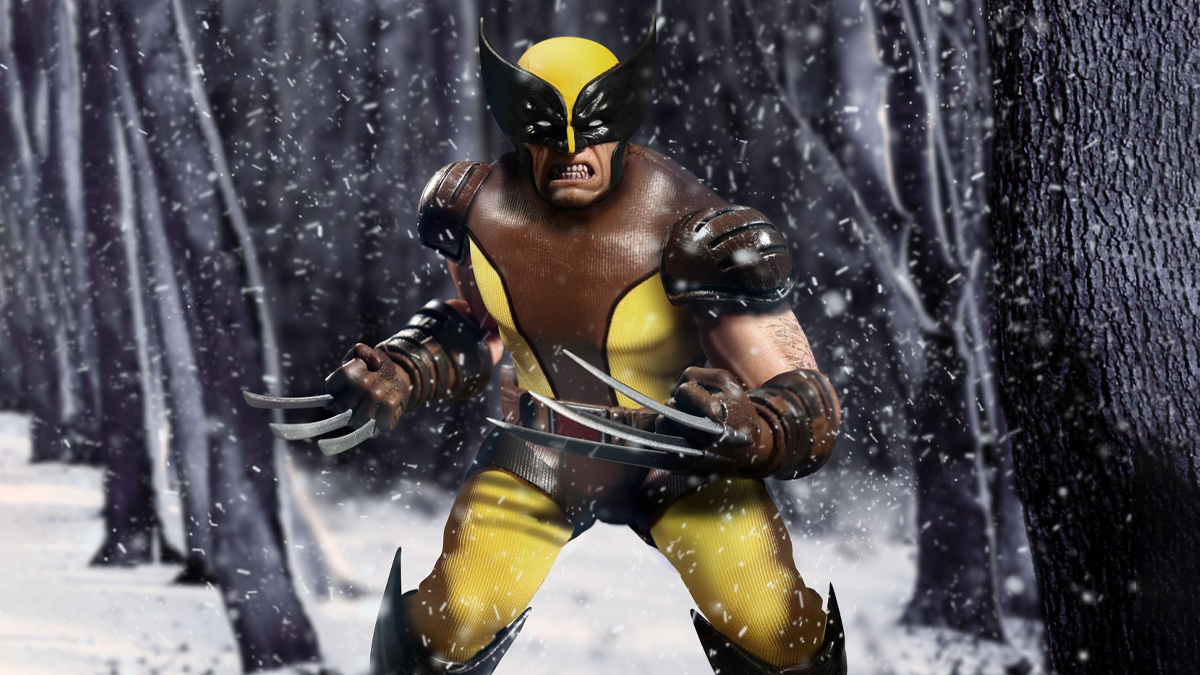 Inside the box is the figure itself, both an angry gritted teeth head, and another more regular (but still somewhat grumpy) head, and six swappable hands. In terms of accessories, Wolverine comes with the Muramasa Katana blade, the standard stand and base, which is this time an ‘X’ in brown yellow and black.

Overall Mezco’s take on the iconic brown suit Wolverine figure blends their usual, more realistic take. with the traditional comic book costume, and yet there is a little less of the usual Mezco stylisation than is seen in some figures. This totals to the figure feeling both very comic book-y, and very realistic, and not unlike something you might see in the MCU.

The boots are probably the best example of this as they have the recognisable Wolverine ‘pointy’ parts at the top, but some pretty realistic laces and boot design to the rest of them. Similarly, the wrist gauntlets and belt has some real looking buckles and straps but still feels very classic and comic book inspired. 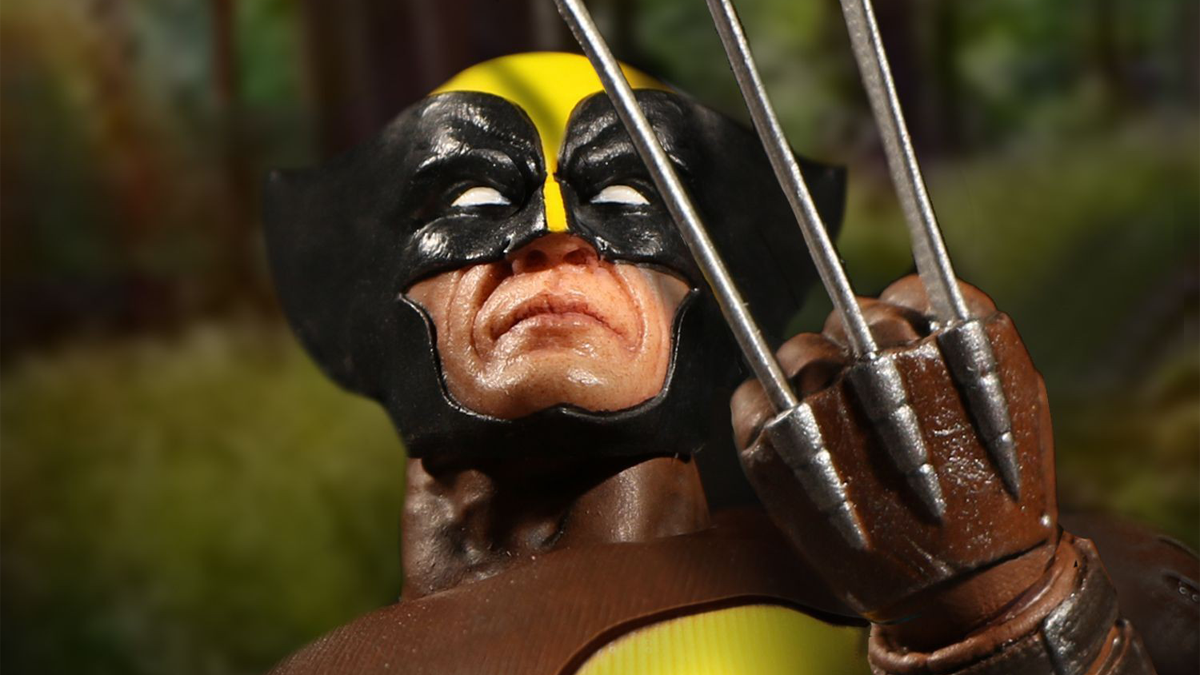 In terms of posing and articulation, the figure stands well and gets into plenty of very Wolverine poses. To help with arm movements the shoulder pads are articulated and can move up and down to accommodate most poses.

The legs are a little stiff and the figure can’t get quite as low and squat as I’d like my Wolverine to be able to. I’d also argue that the body is a little too big for Wolverine, but as Mezco leans into more realistic figures it works well enough and doesn’t take away from how good the figure looks.

Unfortunately, my Wolverine’s right leg is a little loose out of the box, but he can hold poses and stand well enough so it’s not an issue (yet). I do wish there was some kind of system that would allow the swappable hands to have extended claws, as all but one of the closed fists sets has no claws at all, but that would be more engineering, more parts, and more cost for the figure. 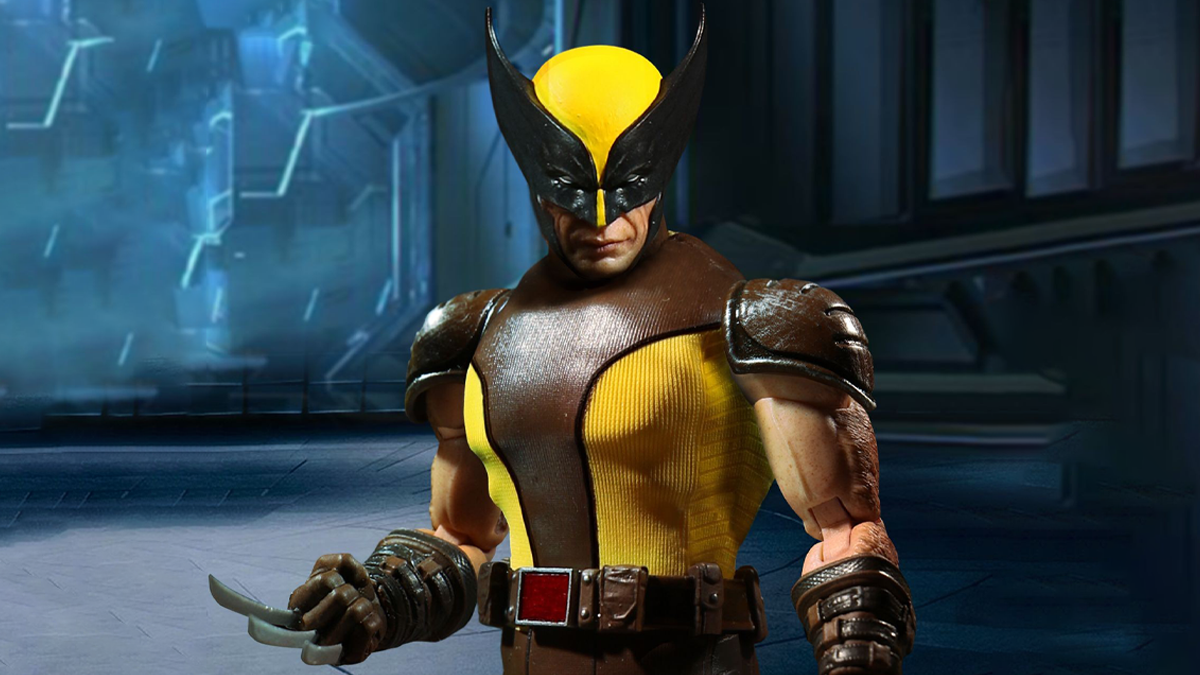 Overall the figure looks great, poses well, and looks very realistic. The figure is an amazing example of Mezco bringing the Hot Toys quality down to 1/12 scale. The design is simple, but effective, and totals to a great Wolverine, with lots of options, that has easily become ‘the’ wolverine for my X-Men display. Admittedly you could get three or four Marvel legends Wolverine figures for the price of the Mezco one, but in my opinion, the options with hands and heads, stand, and the soft goods on the figure more than make it a match for multiple Legends figures (which often come with no extra accessories or Build a Figure pieces). 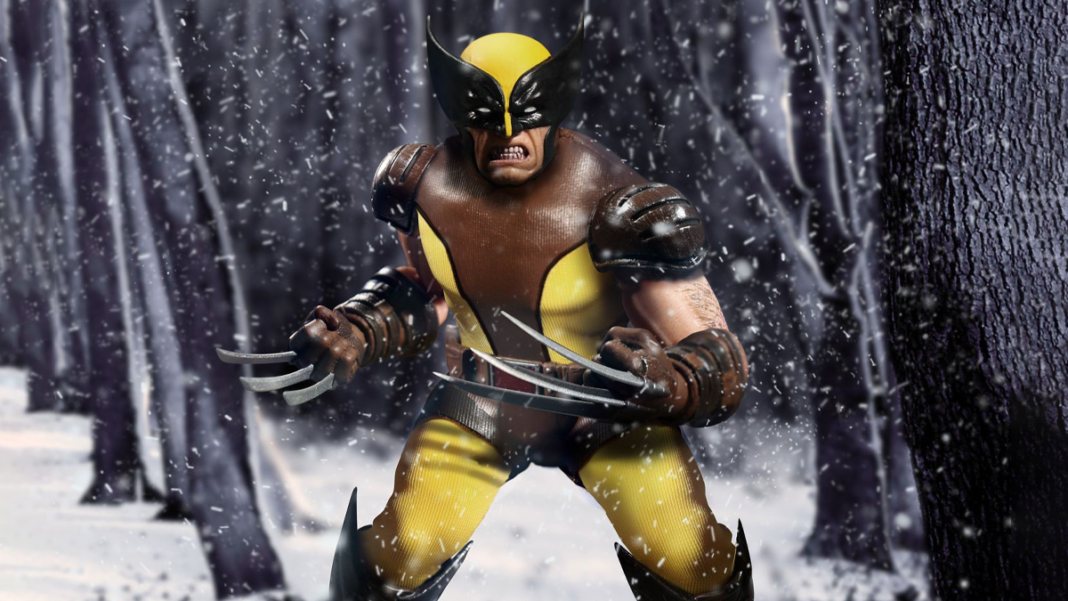 729
April 19, 2021
Previous articleThe MCU and Mixing Other Genres With an Established Formula
Next articleIron Man: Making the Unbelievable (Kind Of) Believable
© Newspaper WordPress Theme by TagDiv