The MCU and Reinventing Previous Adaptations

Mezco’s continuing X-Men line wouldn’t be worth much if the leader of the team wasn’t around (although several versions of Wolverine more than kept us satisfied). The One:12 Cyclops brings the companies signature scaled-down Hot Toys quality and combines it with a blended style of modernisation and a classic design. 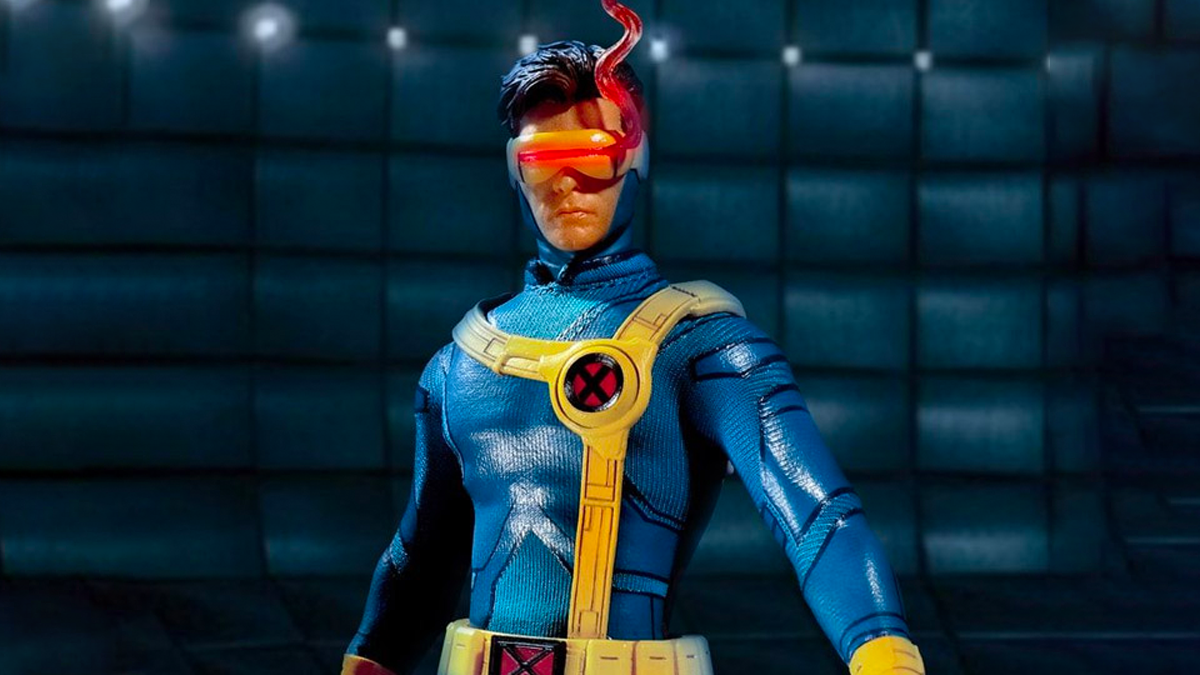 Inside the box is the figure, several interchangeable hands, optic blast effects, a nicely tailored leather jacket, an alternate screaming head, and the Mezco X-Men style base.

The hands include a pair of closed fists, a pair of action Hans, an outstretched right hand and a left visor shooting hand. The visor effects include two “smoking” visors (which look incredible), a larger optic blast and then a “mega” optic blast.

Unfortunately, the light from the light-up head doesn’t really shine through this semi-transparent plastic of the optic blasts but they still look great and provide tonnes of options for posing and pictures. 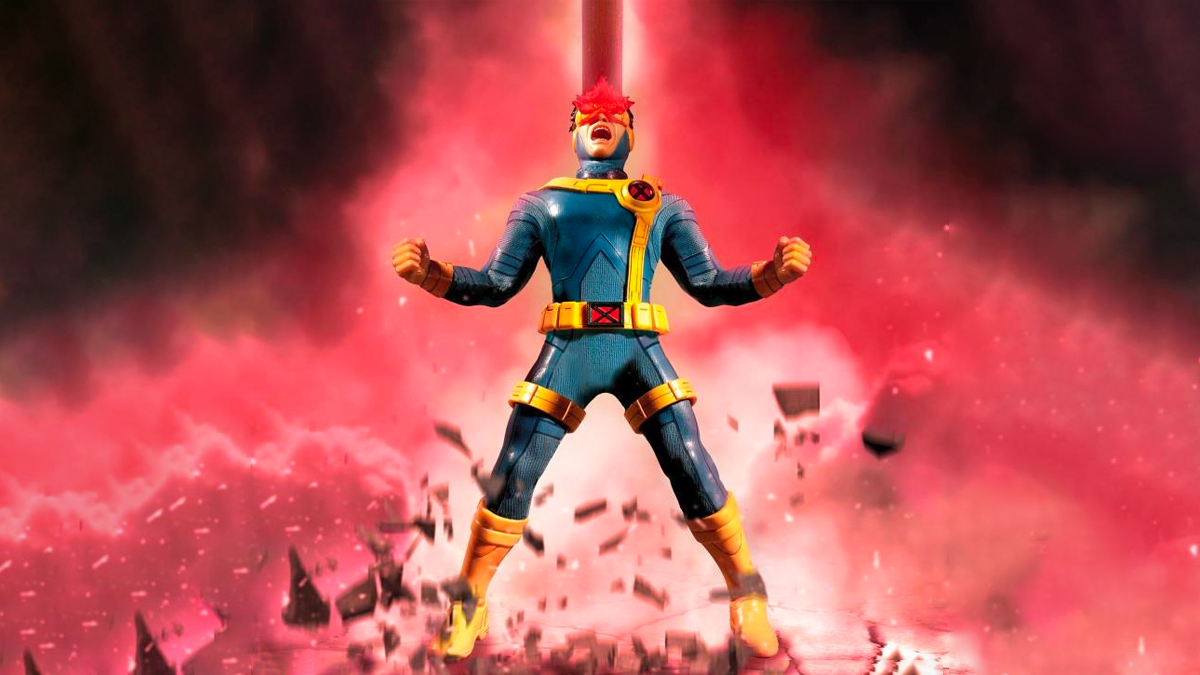 The genius of the head design means that the visor piece itself comes out so that the various visors and effects can be swapped between the two heads.

One of the coolest features of the Mezco One:12 Cyclops is the light-up feature. Any Cyclops action figure at this point should really light up and actually look like Cyclops, and Mezco’s implementation is perfect. The neck articulation is a little limited by the mechanism, but the look and effect is more than worth it.

Overall the design leans more into the “Mezco-ification” than many other figures. Similar to the Mezco Batman figures it’s clearly inspired by a particular era of Scott Summer’s long comic book history, this time the iconic 1990s Jim Lee design, but is heavily modernised and made very Mezco. 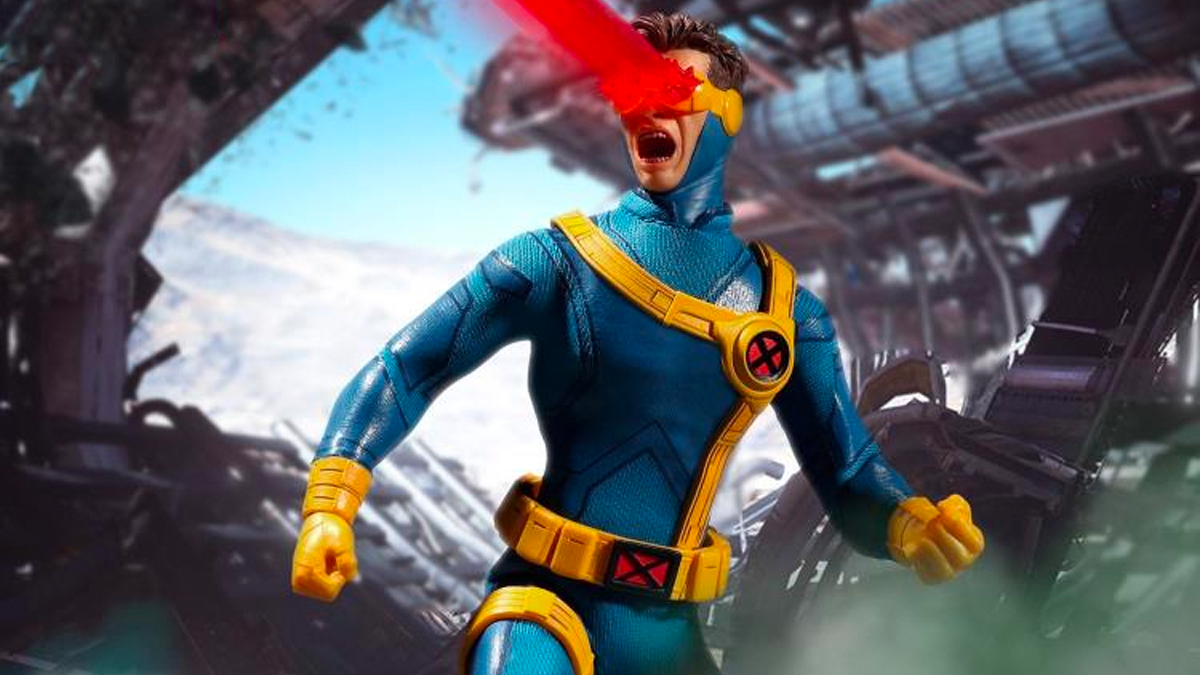 And the result is amazing, this figure looks like a believably modern and realistic take on the characters and looking at it I can see this kind of design making its way into the MCU one day.

In terms of problems with the actual figure, I don’t really have any. The suit is a little restrictive around the arms but it doesn’t really hinder any articulation and that is to be expected at this scale (and would probably happen anyway with this kind of suit).

In fact, I’d go as far as saying my only problem with Mezco’s incredible Cyclops is that he’s just a little bit too thin and small. I know Wolverine calls Scott “Slim” but with this being a 90s Jim Lee style inspired design, I think the figure is a little small compared to the huge size of the 90s Cyclops. 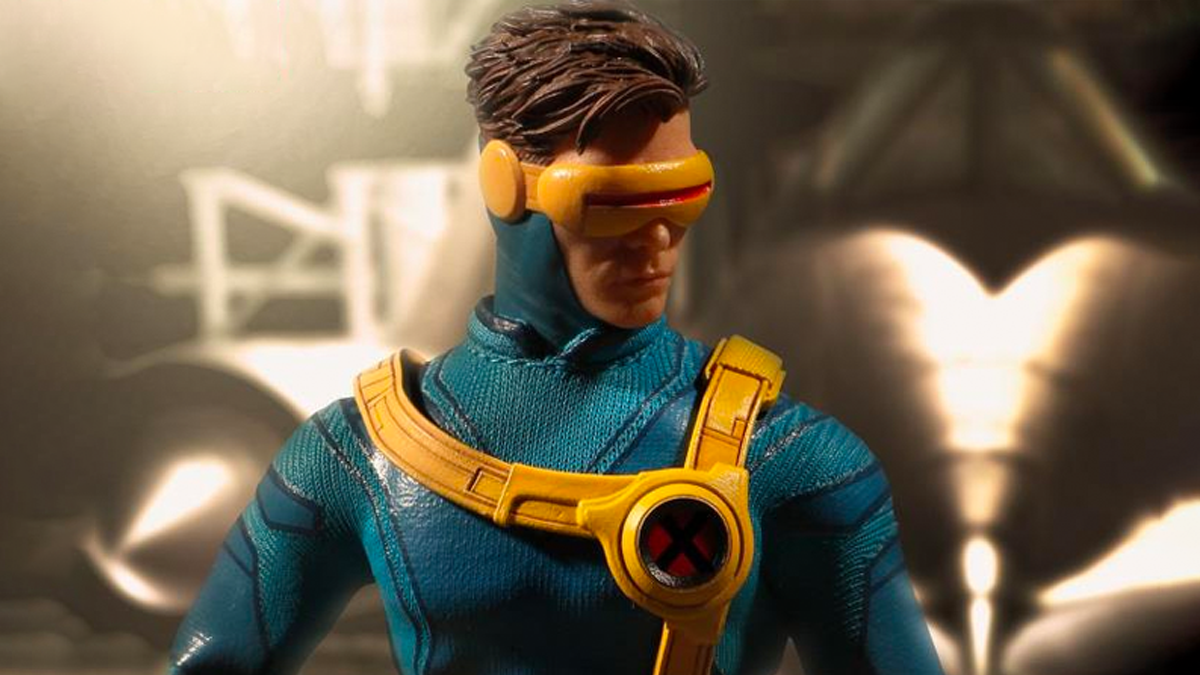 Especially when putting him up against Mezco’s Wolverine. But it’s a small complaint and probably makes the figure a bit more realistic overall.

The exclusive PX version of Cyclops is the same figure but with a few alterations. The costume moves away from the 90s Jim Lee style and instead is more like what we’d see in the John Byrne 70s X-Men. It’s a darker blue suit and he has the classic yellow trunks.

The only other real difference is that instead of the screaming head, the PX version comes with a completely unmasked head with some ruby quartz glasses – which in my opinion (although my bank balance doesn’t really agree) makes the PX version worth getting alongside the regular version, adding even more variety and options for posting and images. 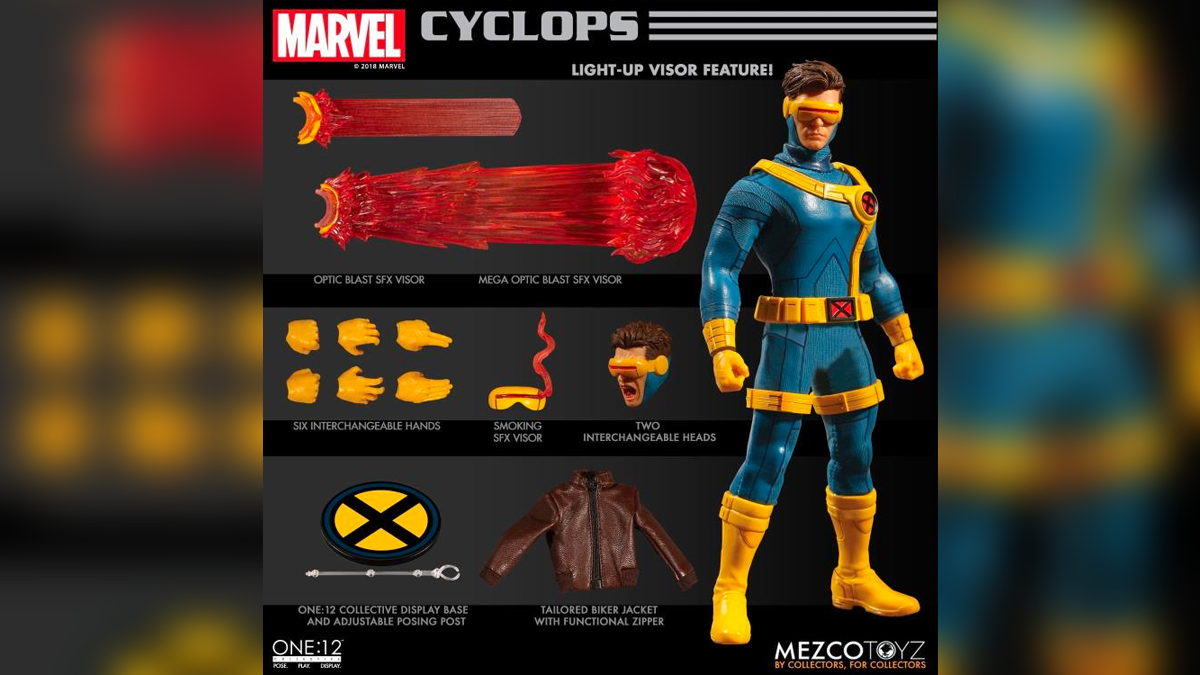 Mezco’s Cyclops is another amazing X-Men offering from the company’s One:12 collective. The design perfectly realises the elder of the X-Men in a modern and yet classic design. The figures hands, heads, and accessories mean it has a huge variety of possible poses and totals to the best 1/12 scale Cyclops action figure on the market. 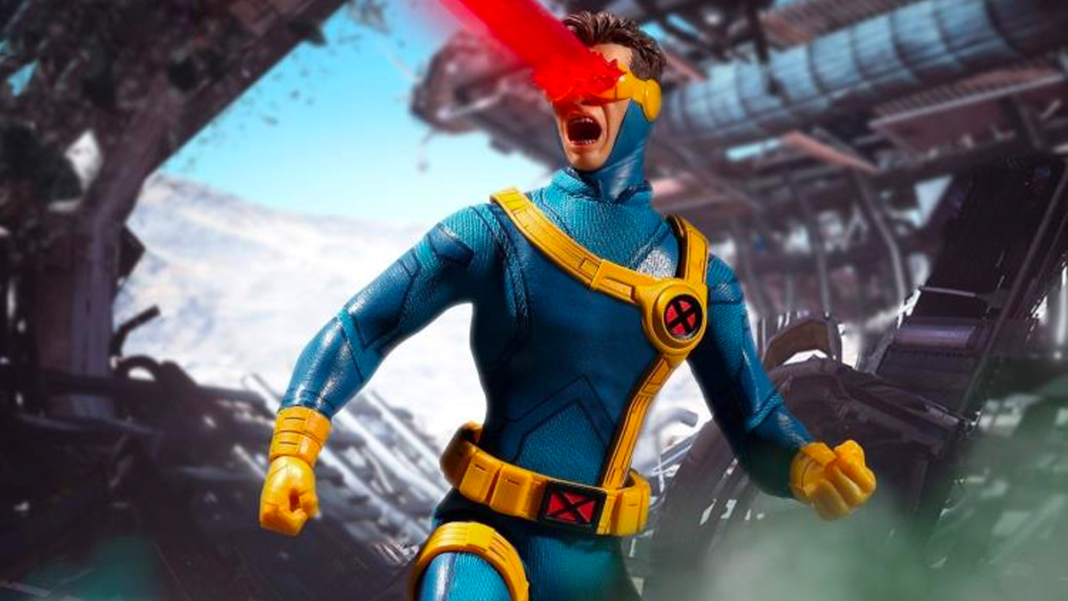 849
June 28, 2021
Previous articlePirates of the Caribbean and The Mask of Zorro are basically the same movie…
Next articleBlack Widow Review
© Newspaper WordPress Theme by TagDiv