Pirates of the Caribbean and The Mask of Zorro are basically the same movie… and all movies should have sword fights, medallions, moustaches, cleavage, revenge stories, and people being woken up by having water thrown at them…

A movie about some young heroes, a mysterious medallion, doomed romances, actual romances,  execution scenes… wait which one are we talking about here again… is it Zorro, or is it Pirates?

Before I get into it, I do want to point out that I love both of these movies, they are two of my all-time favourites, and really I think this comes down to me realising I am a basic bitch, and two of my favourite movies are actually just the same.

And I know what you’re thinking, come on Josh – loads of movies have a young hero coming from humble beginnings, a rogue-ish mentor-type figure, and bad guys after gold, copious amounts of moustaches, sideburns, and cleavage. 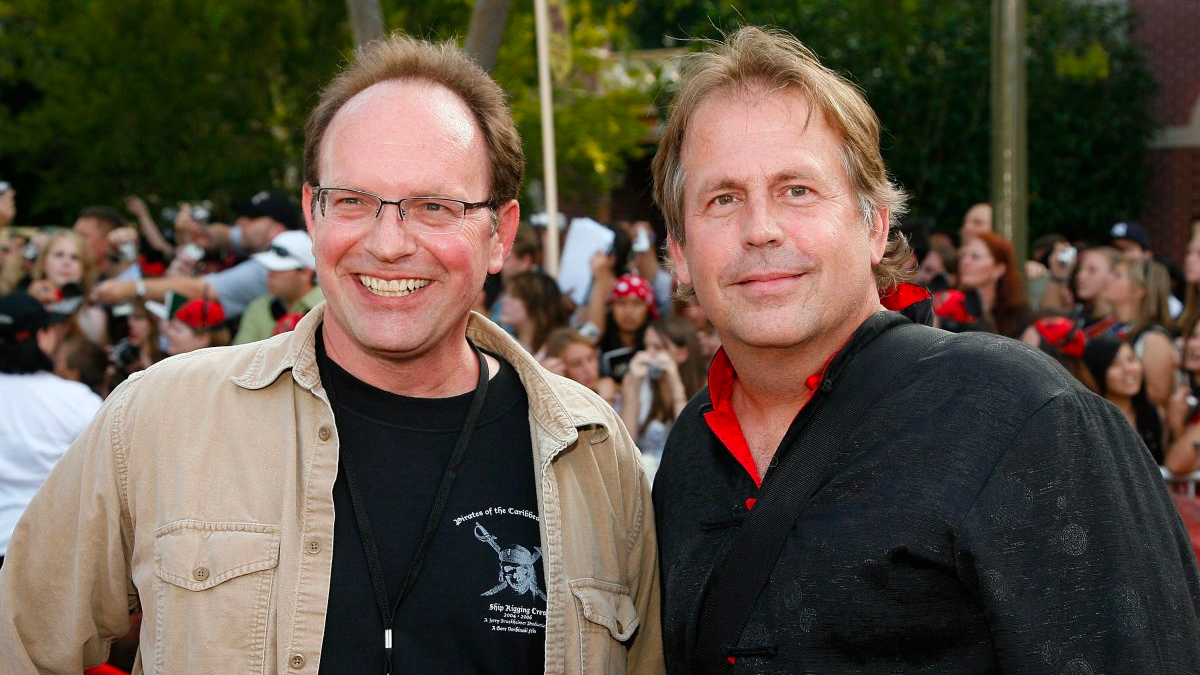 But, this all starts with the fact that they were both written by the same guys, Ted Elliot and Terry Rossio. And although those tropes can undoubtedly be seen in plenty of other movies. What every movie doesn’t have, that both Curse of the Black Pearl and The Mask of Zorro definitely do have is… well lots of things.

They both start with a scene where the main hero is a kid… again hardly unique, but in that scene, a medallion is given/taken by one of the main characters when they were a child. That medallion then leads them into the story when they are an adult For Elizabeth Swan in Pirates, she activates the medallion and calls the black pearl and its cursed crew when she falls into the water. For Alejandro in Zorro, Don Diego recognises the medallion when Alejandro tries to sell it for a drink.

And I know what you’re thinking… Do both have a scene where that medallion dramatically falls while covered in blood? 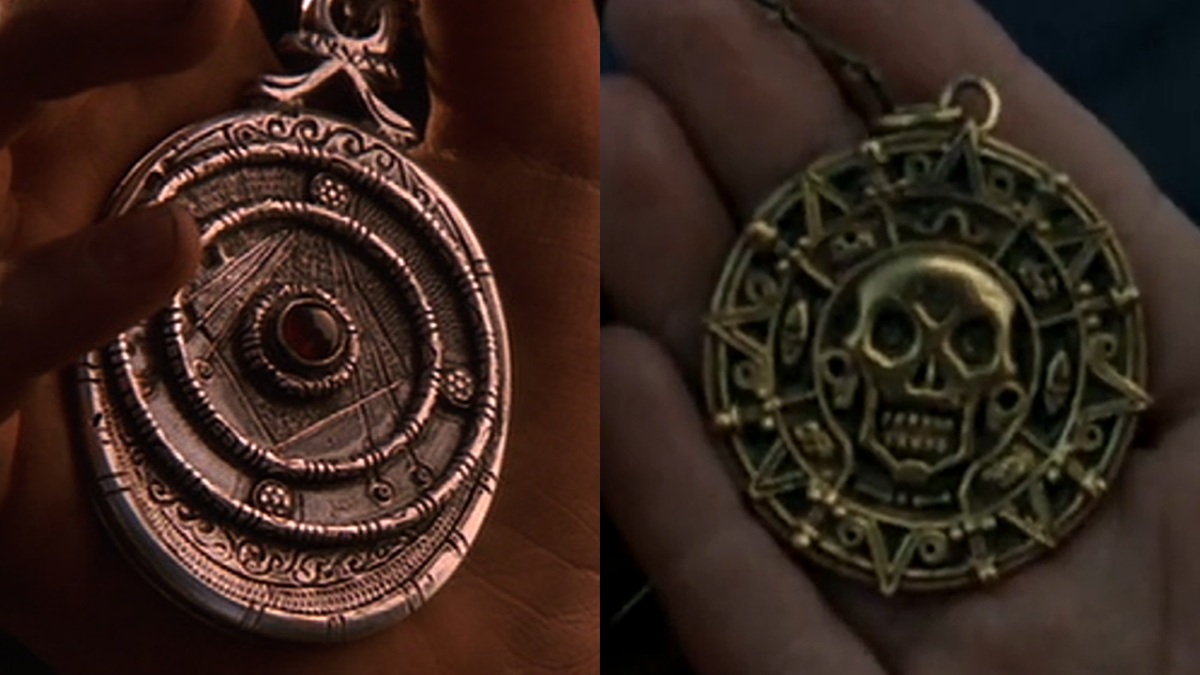 Both movies also have an older military-type guy who fancies the heroine – with no real chance. It’s Commodore Norrington in Pirates and Captain Love in Zorro. Oh, and both heroines (Elizabeth and Elena) are daughters of the Governor.

Main characters in both don’t know the true identity of their fathers, Will in Pirates and Elena in Zorro. Both movies have a failed execution scene. Both revolve around the bad guys having an elaborate plot around a stash of gold. Both have a cool prison breakout action scene

Both movies revolve around revenge: In Pirates, it’s Jacks vendetta against Barbosa for taking the Black Pearl that fuels much of the plot. In Zorro it’s both the older Anthony Hopkins Zorro against Don Raphael for imprisoning him and stealing his daughter. And the younger Antonio Banderas Zorro against Captain Love for killing his brother. 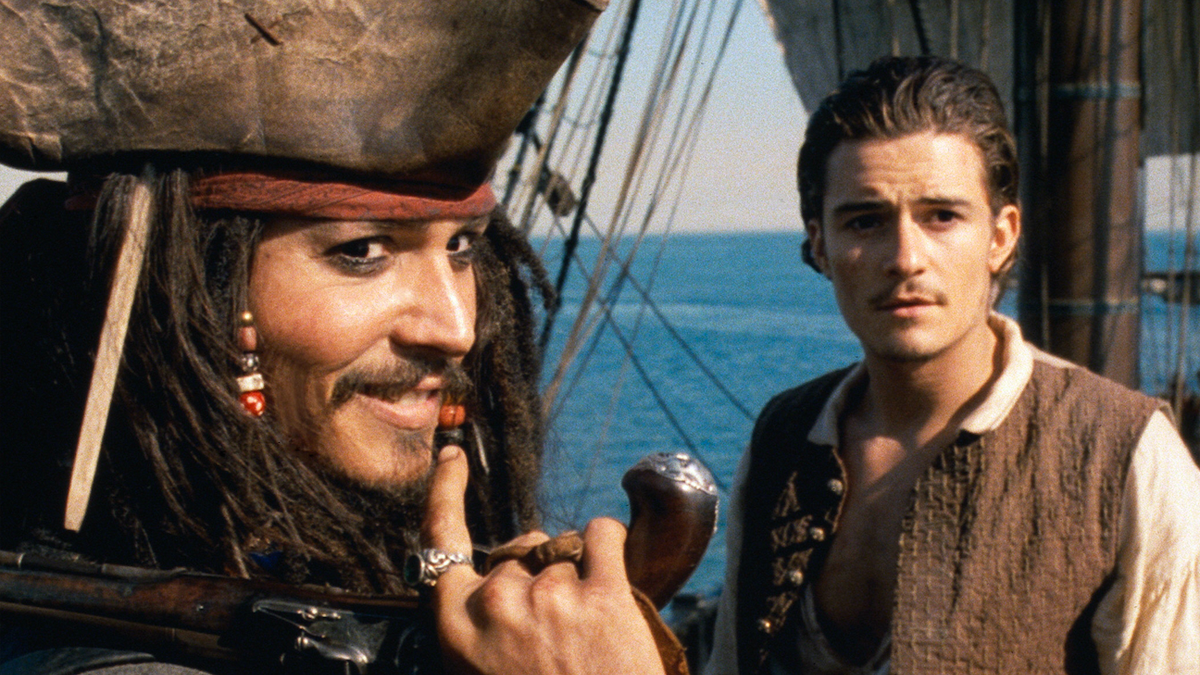 Both have some questionable science/physics, Zorro with the spade surfing scene, and Pirates with the underwater boat scene.

There is lots of “you look just like your father” or “you just like your mother in both movies. And they both even have a fat guy getting woken up by throwing water on him. That’s a lot of similarities

And again this is a lovingly put together “criticism”, both of these movies are probably in my top 5 and are infinitely rewatchable and very timeless… so I guess what I’m saying is, these guys should just keep writing this same movie….

Because the sequels to both of them.. suck… 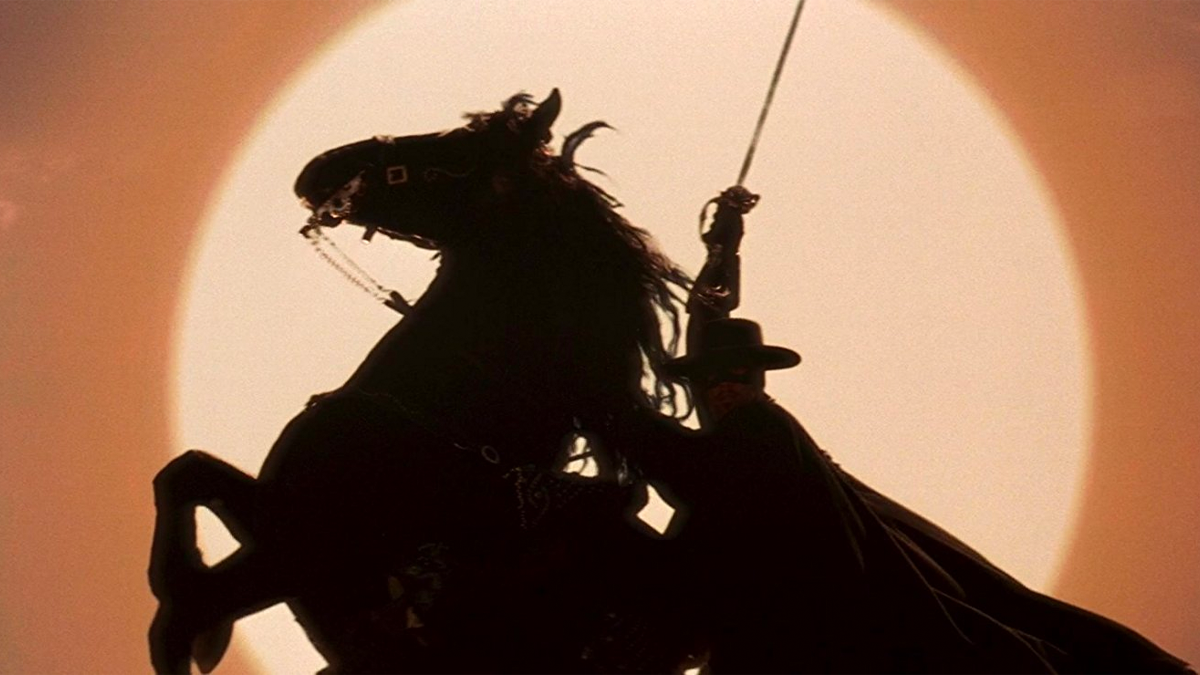 Thanks to anyone who has made it this far into my ramblings – if you liked the video please like and subscribe to the channel for lots more Pop Culture, superhero, and everything else content, and let me know your thoughts on either Zorro or the Pirates of the Caribbean movies in the comments below… 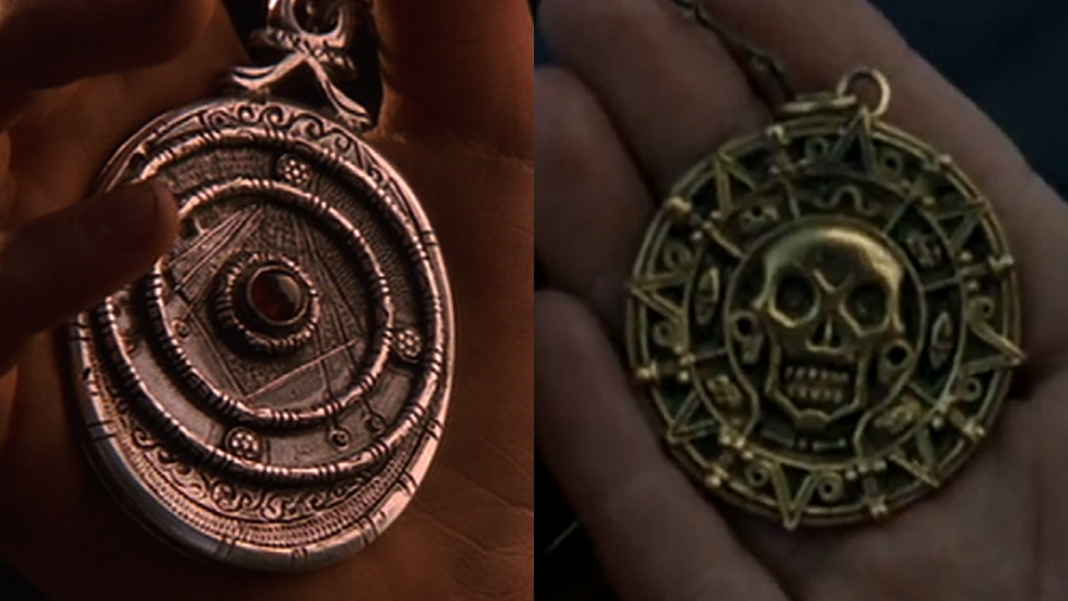