After decades of being one of the most iconic and mysterious characters in the Star Wars galaxy, and an action-packed (if not unexpected) return in The Mandalorian, Boba Fett finally gets his own show with The Book of Boba Fett. 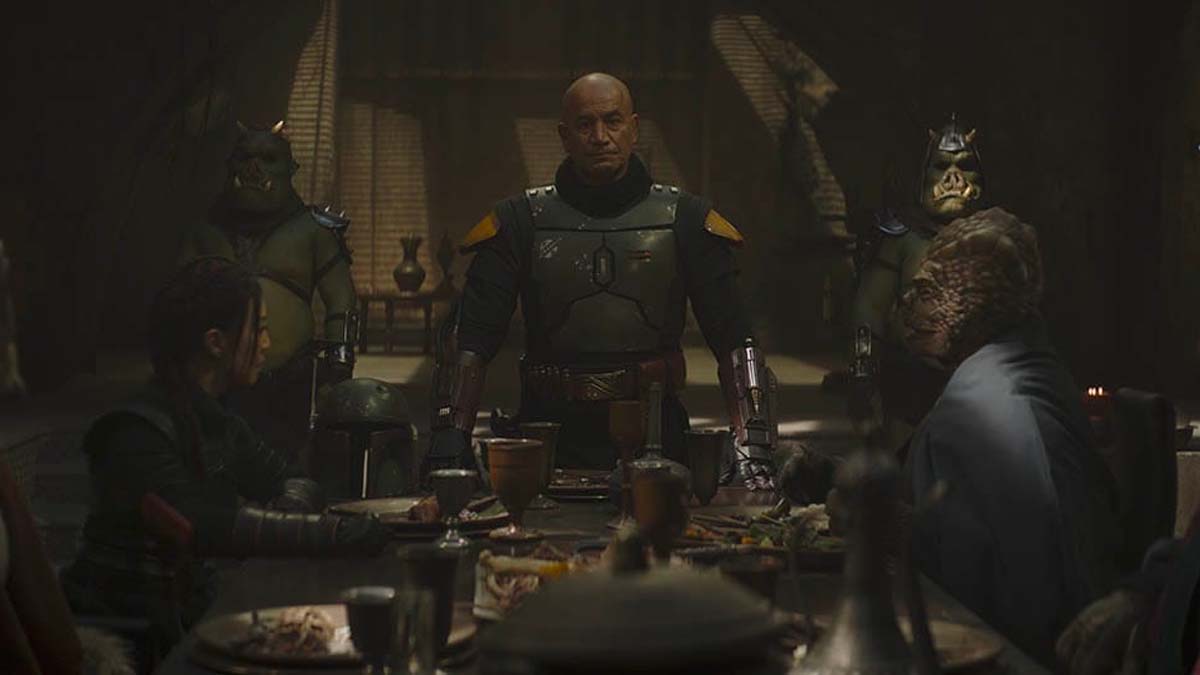 The Mandalorian spin-off focuses on Boba Fett (for some episodes at least) and his attempts to take over Jabba the Hutt’s territory on Tatooine. But there are more than a few flashbacks, and detours along the way to keep the story twisting and turning at every opportunity.

As much as I enjoyed the show as a whole, there is no denying that it struggles to live up to everything it’s trying to do.

Which includes showing us what Boba’s been up to in the five or so years since his apparent demise in Return of the Jedi, simultaneously shown alongside his present efforts to take Jabba the Hutt’s place as the crime lord of Tatooine. On top of that, the show goes into what’s happening with Din Djarin and Grogu, sort of acting as a “The Mandalorian” Season 2.5 (in a way that The Mandalorian Season 3 will not make any sense unless you’ve seen The Book of Boba Fett). And if that wasn’t enough the show also gives us some brief teases and huge moments with the likes of Clone Wars fan favourite Cad Bane making his live-action debut, Luke Skywalker setting up his Jedi Academy, and the return of Ahsoka Tano (and seeing her with Luke). 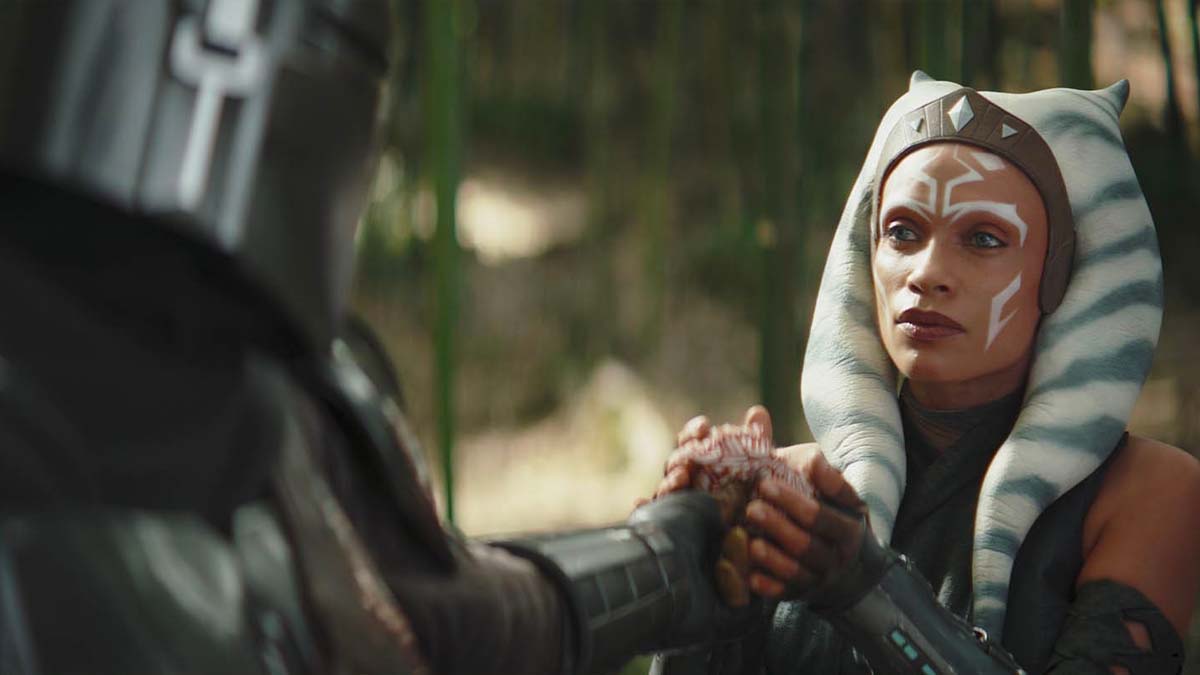 Aside from the season finale, any momentum an individual episode builds up is almost immediately lost as there is never any way to know what you’ll get episode to episode. After building up some interesting events in the present the next could is mainly Boba in a Bacta tank remembering living with Tusken Raiders, or once we finish with Boba’s flashbacks, we get two episodes all about The Mandalorian, where Boba doesn’t show up at all.

None of the episodes, or the story they are telling, are bad, it’s just as a whole they don’t all fit together as nicely as they perhaps should. Or at least it didn’t feel as though they did on a week-to-week basis, but I do suspect that binge-watching all seven episodes may gel everything together more cohesively (in particular if you’ve also recently gone through the Mandalorian). 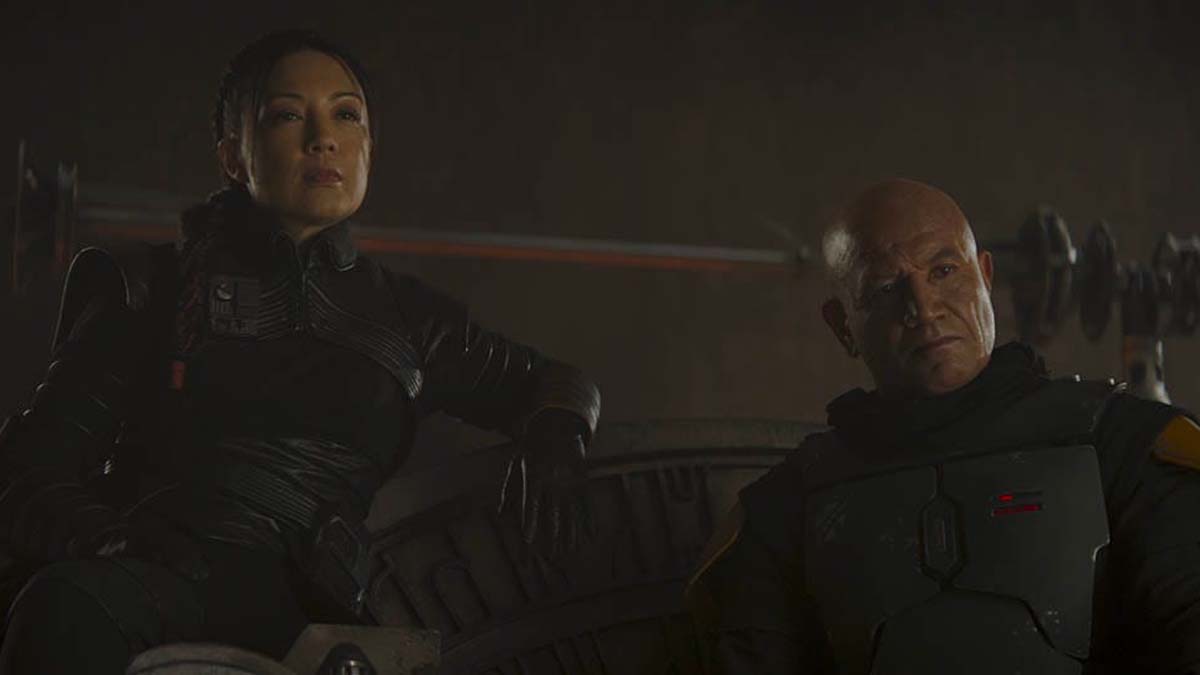 I would argue that in a way The Book of Boba Fett was never going to live up to the expectation around it. Because as with any kind of explanation, or unmasking, or exploration of Boba Fett, although people might think they want it, they really don’t.

Boba is one of the most famous and iconic Star Wars characters, and yet he has four lines and less than seven minutes of screen time in the original trilogy.

His fame came from his iconic look, his toy teasing his debut before Empire Strikes back, the way Vader points right at Boba when he says “no disintegrations”, how he actually succeeded in capturing Han Solo, and you know his general vibe of being a badass space cowboy. 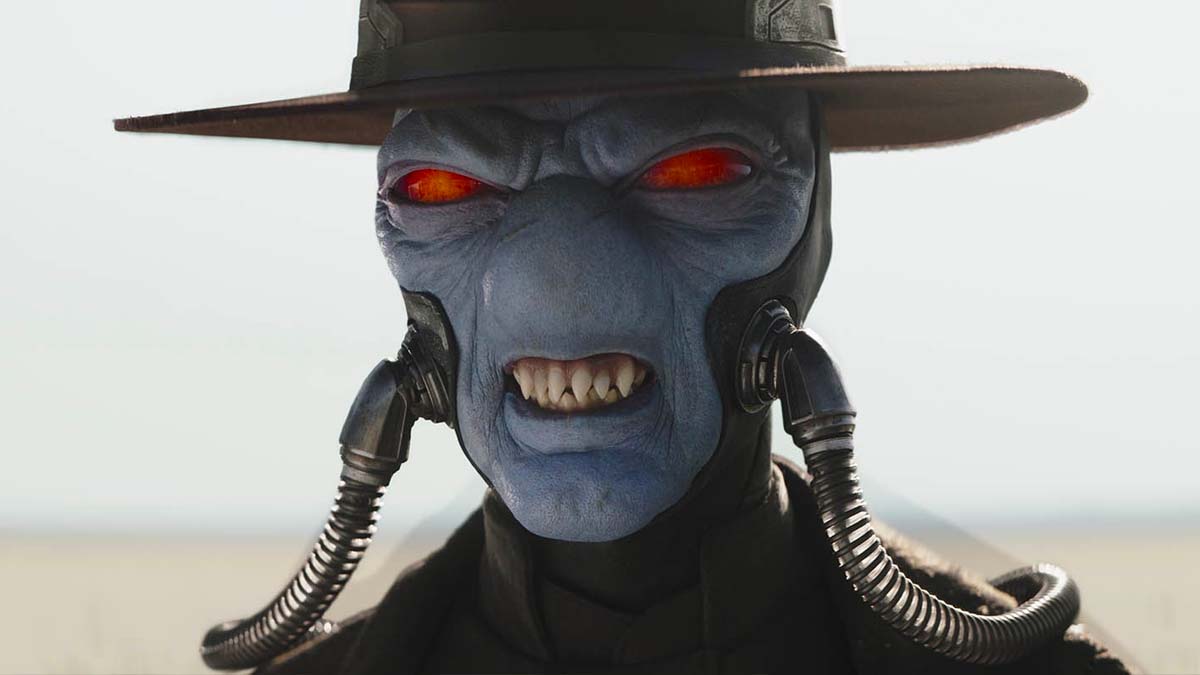 And yet really we knew nothing about him, until Attack of the Clones, where Temura Morrison debuted as Boba’s father Jango. There we learn that Boba is a clone of Jango, just like the rest of the clones in the Republic’s Army, and yet, where regular clones have their brains altered and age accelerated, boba was an exact genetic double for Jango to raise as a son.

And even this plenty of fans took issue with – the small thing, and seeing Boba as a kid, in some way ruined some of Boba’s mystery for fans. So a series digging even further into Boba, and making him the hero, was never going to please everyone.

On that note, how funny is it that George Lucas took two of the coolest, most badass characters, Darth Vader and Boba Fett, and in the prequels gave the young Anakin an iconic “yippee”, and the young Boba and equally iconic “hehehe”. 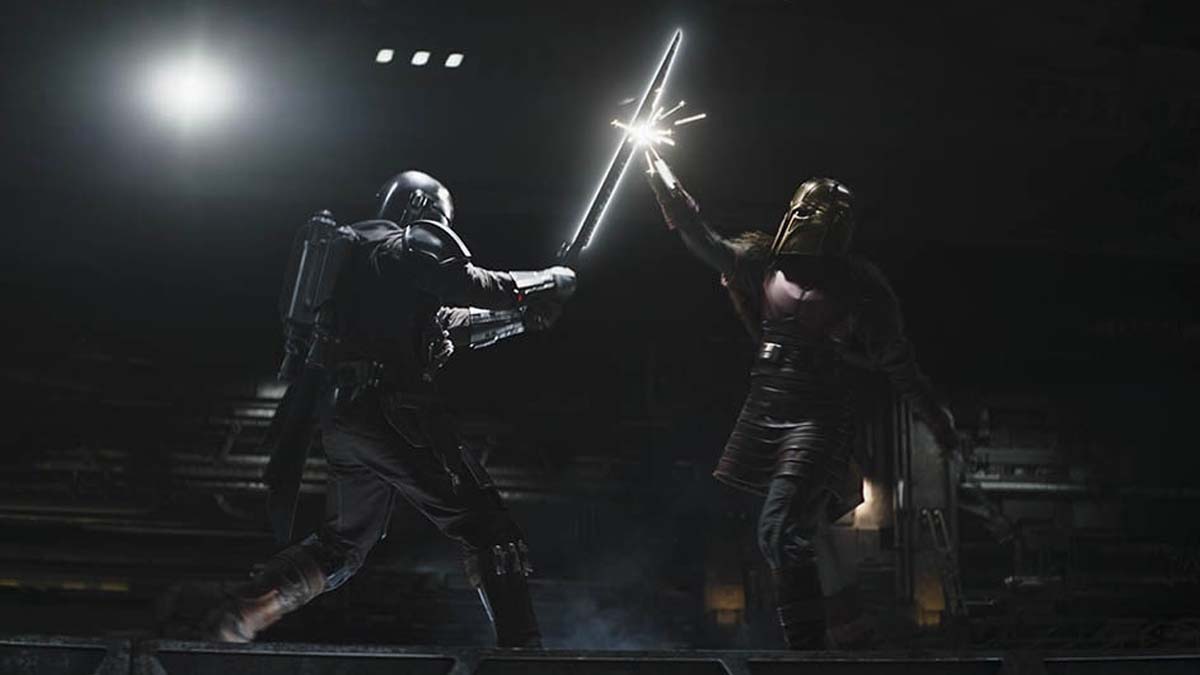 Although I liked the fleshing out of Boba as a character (even if he is a little too nice and well-meaning) I’d argue that one of the characterisation issues comes from a lot of Boba’s thunder being stolen by The Mandalorian.

Boba couldn’t be the mostly silent, always helmet wearing badass, we wanted from the original trilogy because we’ve had that with two seasons of The Mandalorian. So Boba, to feel in some way different, has to just carry his helmet a lot, and do a lot of talking in his attempts to kind of peacefully, but also not that peacefully, take over Mos Eisley.

The stolen thunder metaphor is then made even worse here when most fans would agree that the best parts of the Book of Boba Fett are the return of Mando and Grogu. 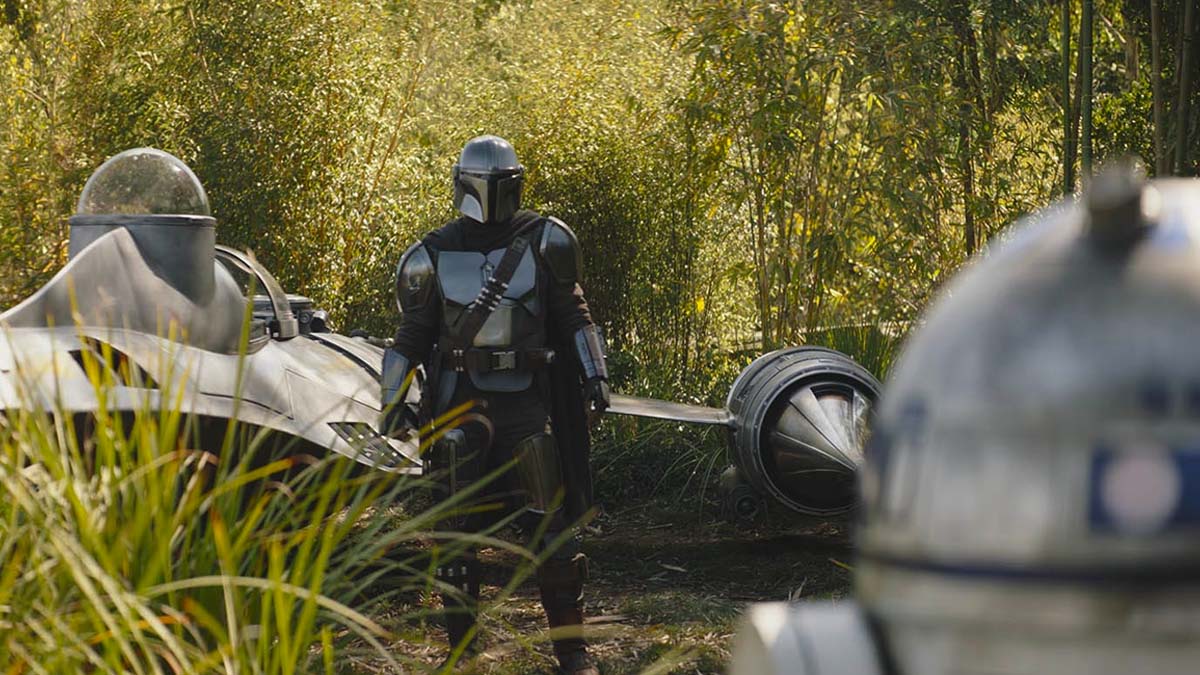 Overall The Book of Boba Fett works well for what it is supposed to be; reestablishing Boba and how he’s still alive, and more generally speaking being a sort of a side quest for the ongoing saga of The Mandalorian. The action, music, production, fan service and callbacks all work great but the confused pacing, sprawling story elements and perhaps most importantly, peoples preconceived notions of what Boba Fett should be, result in an uneven series. 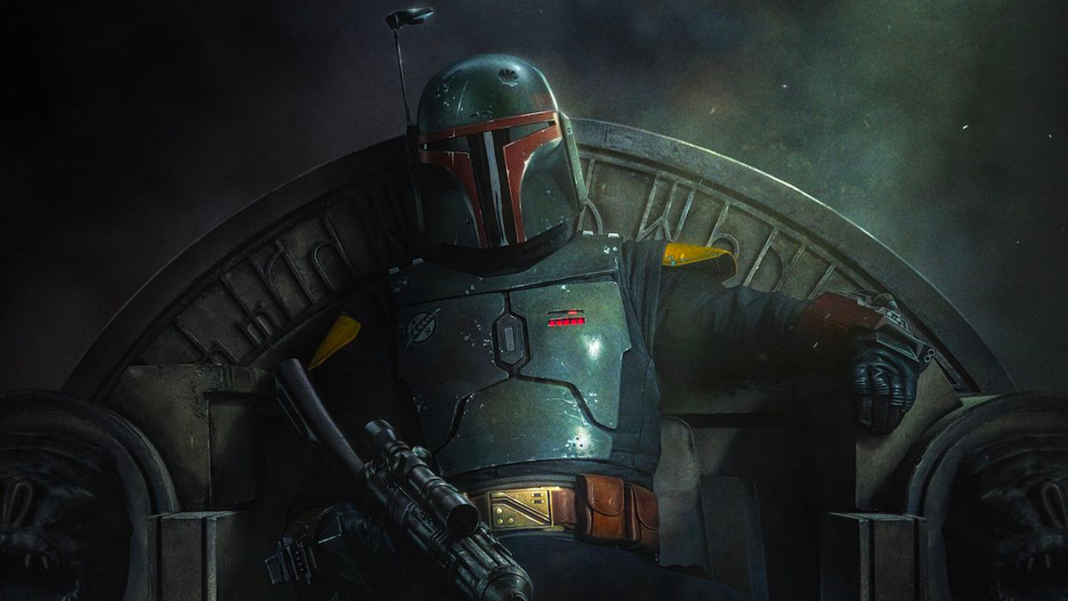