Coming with everything you’d expect from a Disney+ Marvel series, like plenty of action sequences, funny dialogue, charming characters, and heroes just managing to save the day. Hawkeye also manages to act as an epilogue to Avengers Endgame, and Black Widow, while also bringing in a fully-fledged new hero, a fan favourite villain from a Netflix series, combine several great comic book storylines, reinforce what makes Hawkeye so unique, and… make all of that look easy. 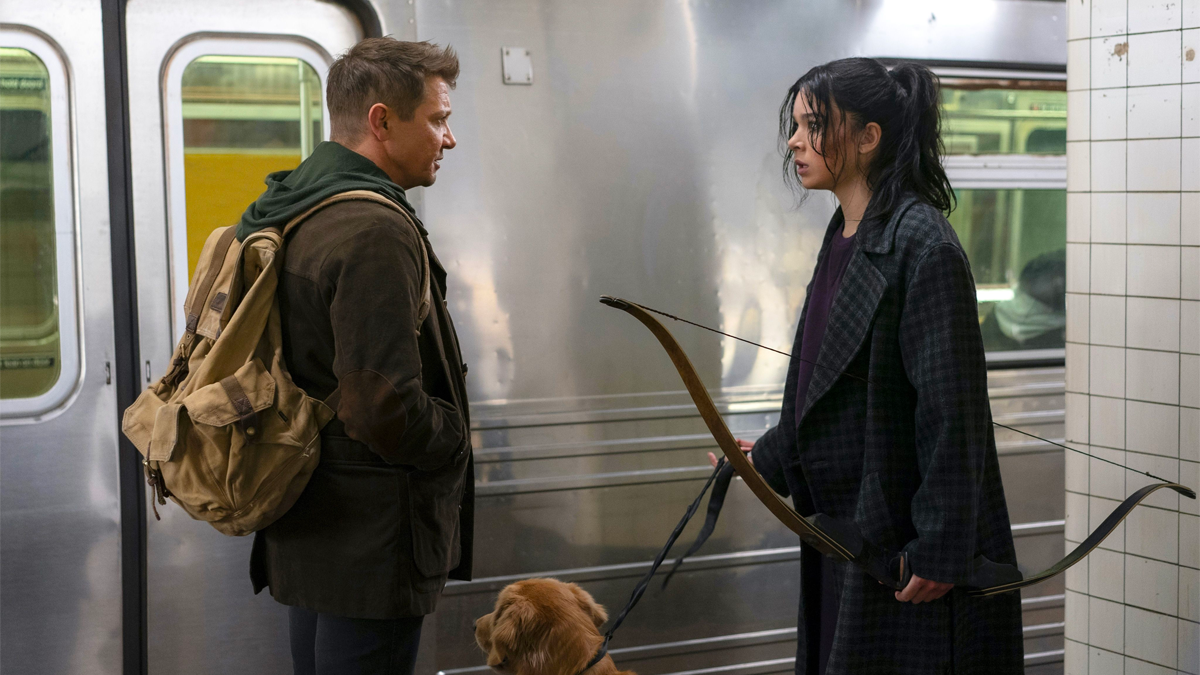 The latest MCU series to hit the small screen is the first to focus on one of the original Avengers. And with that, the show is able to take a look at the legacy of Clint Barton as a person, and Hawkeye as a hero within the MCU.

In Avengers: Age of Ultron the audience learned that Clint had a secret family, that he kept as far away from his super-spy and Avenging life as possible.

And from that point onwards Clint’s characters was re-contextualised into the Hawkeye we all know and love after several MCU movies; a family man who just wants to retire, but also can’t bring himself to stay out of the superhero game. 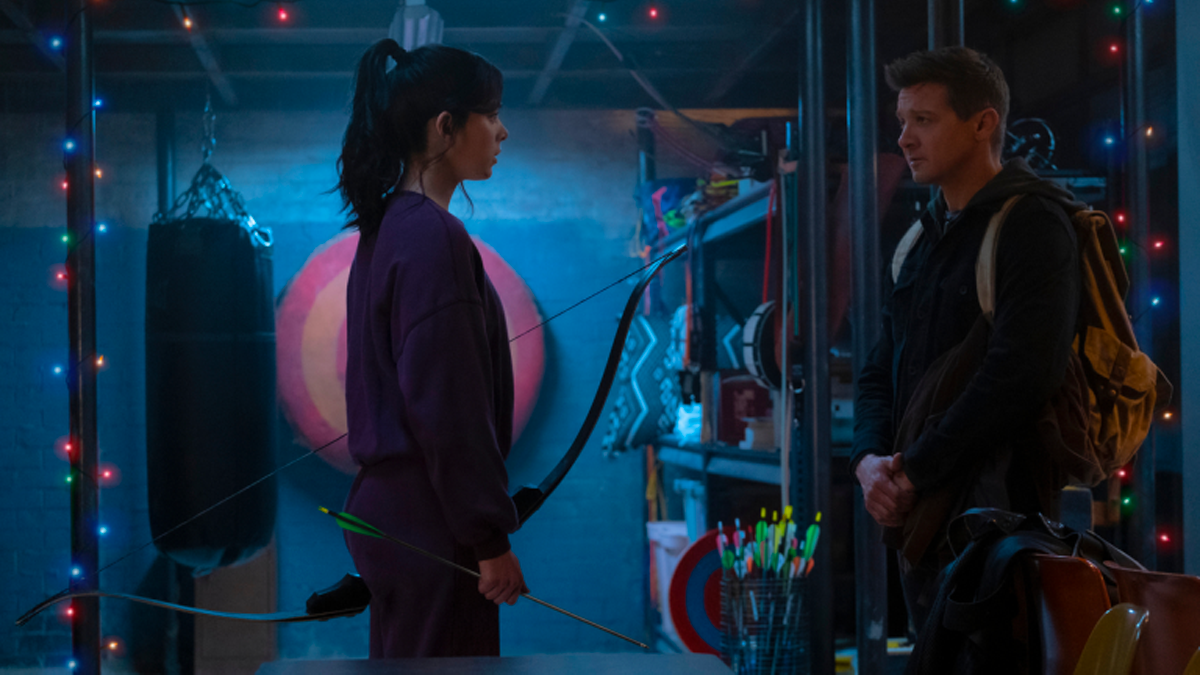 And in short, the Hawkeye series just gives us more of that – but this time there is also a deeper look at the struggle Clint goes through, in particular in how he’s dealing with his actions as Ronin during the blip, and how those actions metaphorically and literally come back to haunt him.

But as well as Clint Barton, the Hawkeye series gives us another purple wearing archer in Hailee Steinfeld’s Kate Bishop.

Kate is perfectly established in her first few scenes, which once again bring us back to 2012 and the events of The Avengers. There, a young Kate sees Hawkeye saving the day during the Chitauri attack.

The show then takes Kate from a small girl being inspired by an Avenger into a world-class fighter and archer, who coincidentally enough gets caught up in some Hawkeye antics. Over the course of the season, the show turns Kate into a full-on (not so super) superhero.

Kate is a perfect MCU hero, but more specifically her chemistry with Clint and how they both clash and yet work together is a great dynamic to centre the show around.

On top of the two Hawkeyes, and a full origin arc for Kate, we also get the MCU version of the Tracksuit Mafia, the return of Kingpin, and a lot of Yelena Belova. 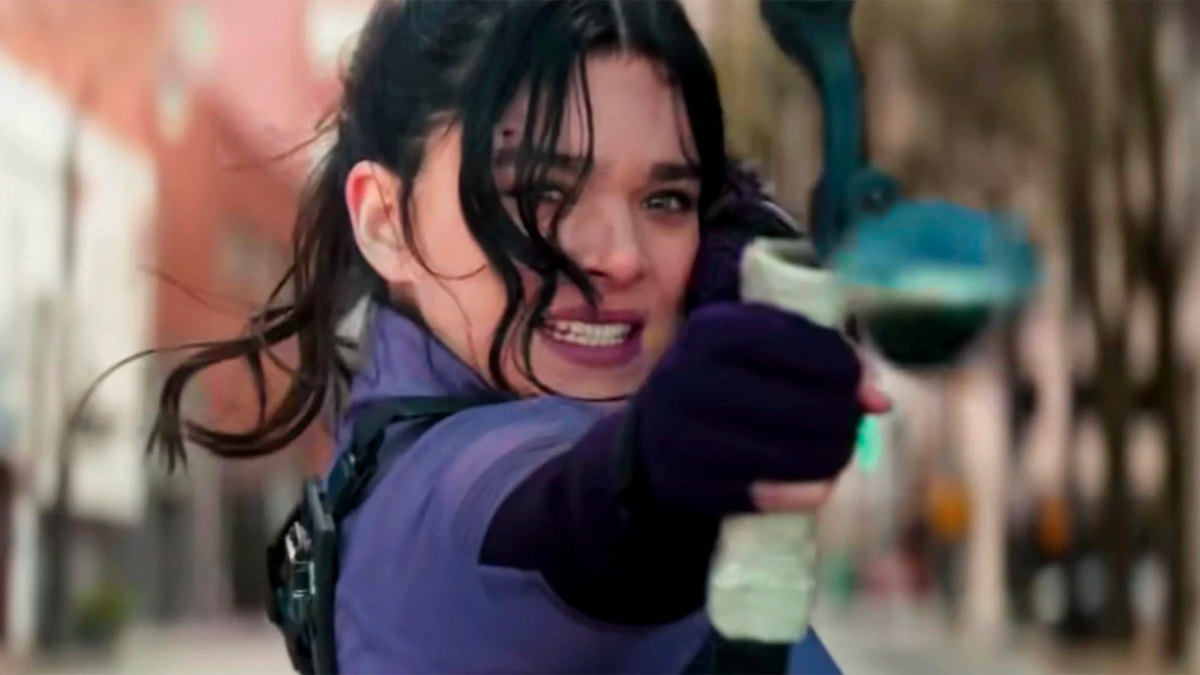 Vincent D’Onofrio’s brief return as Kingpin is amazing, and was telegraphed pretty well throughout the series, but was perfectly executed, even if it did end a little too ambiguously for my taste.

His return (along with a certain cameo in Spider-Man: No Way Home) all seems to point towards some kind of Daredevil project in the works at Marvel.

But the real crux of a lot of the tension and drama in the latter part of the season is the return of Florence Pugh as Yelena Belova. 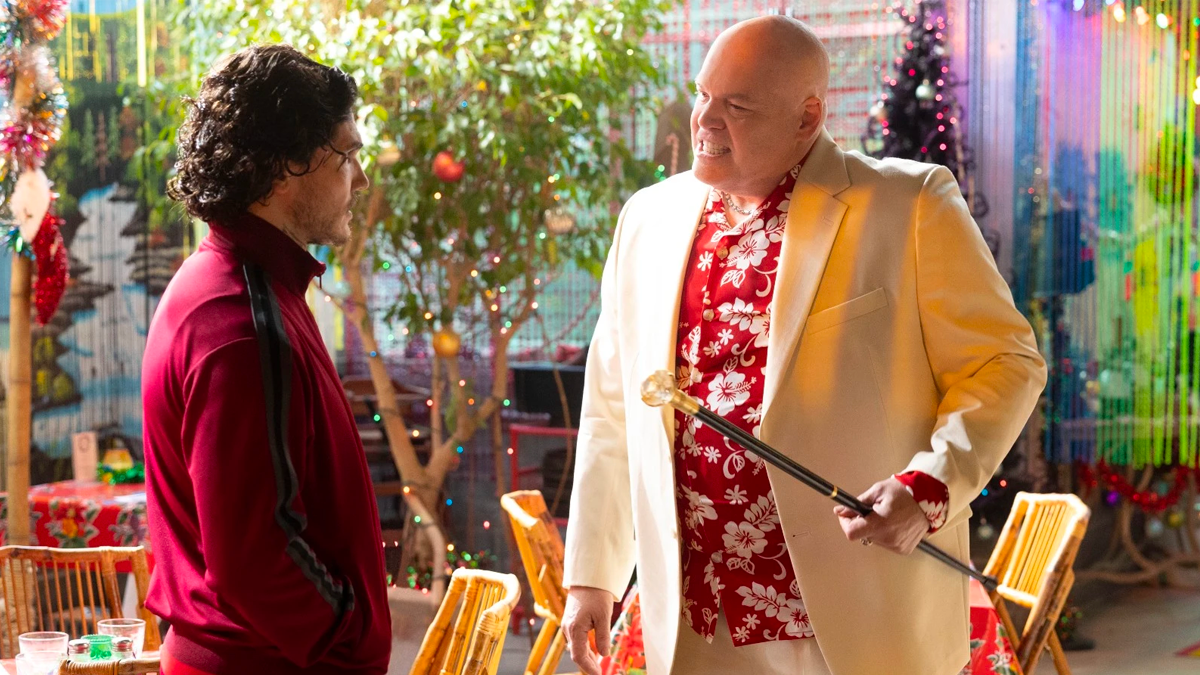 Her appearance gives the audience, but Yelena and Clint as well, a real goodbye to Natasha Romanoff in the MCU. But the best result of her appearance is the blooming friendship between the new Black Widow and the new Hawkeye.

It’s unclear whether Yelena and Kate will reunite in some kind of upcoming Young (ish) Avengers movie, or in a new team-up Disney+ series, or even just for a second season of Hawkeye, but it’s safe to say that no matter how we get it, it can’t come soon enough.

The way the two play off each other, and can’t help but like each other despite drastically different goals is pure joy to watch on screen, and will surely be the basis of some kind of MCU project in the near future. 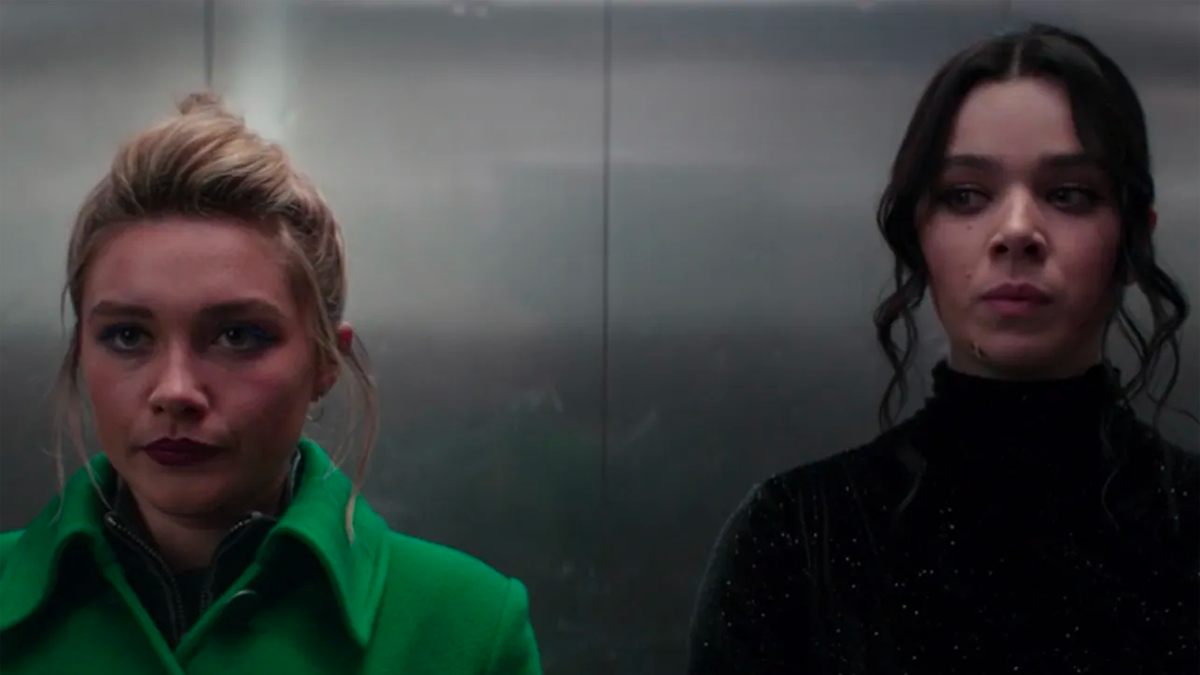 As a series, Hawkeye has a great pace throughout and builds up its mystery, heroes, and villains really well over the course of its somewhat short six-episode run.

One of the more intriguing parts of the show is the end, where I would have put money on Hawkeye being killed, or at least seriously injured so that he couldn’t be Hawkeye anymore, meaning he had to pass the mantle on to Kate.

Instead, the show ends pretty openly, and although I liked it and it was a nice ‘Christmassy’ finale, it did feel like it ended a little abruptly and flat for the main heroes themselves. But that’s probably just because I wanted more and a more dramatic post-credits scene than an extended look at Rogers the Musical (which was admittedly great). 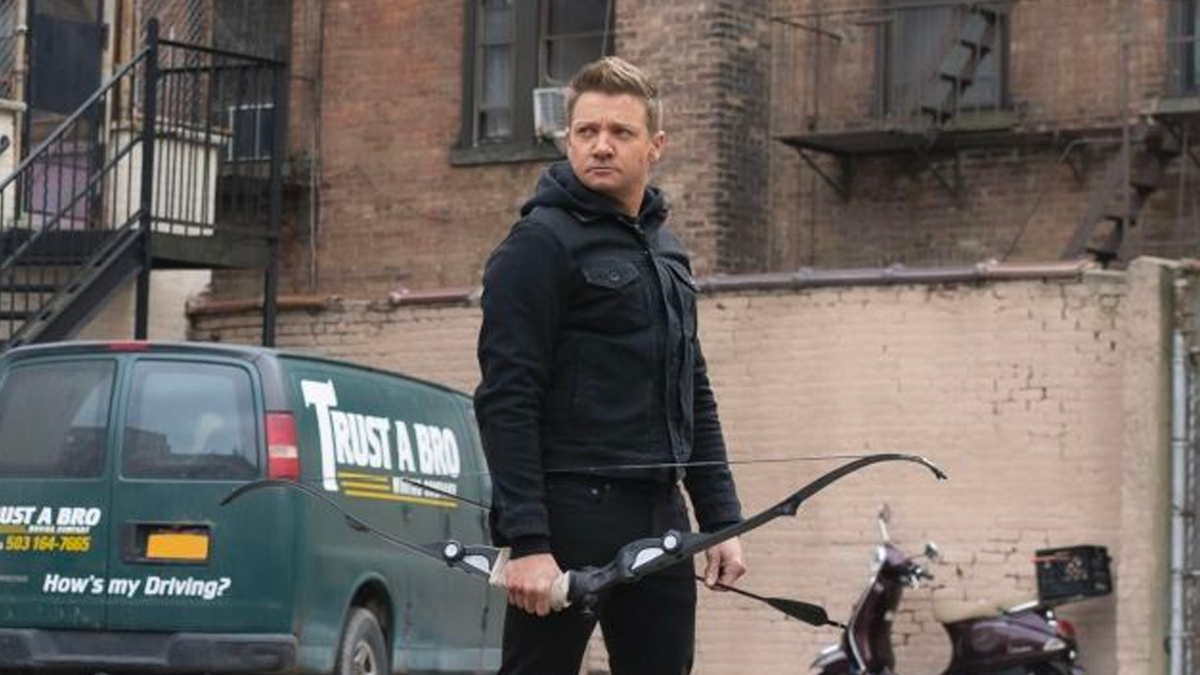 Overall Hawkeye stands out as one of the stronger Disney+ Marvel shows. The series delivers more of the Hawkeye MCU fans know and love with Clint Barton, as well as debuting a brand new version for the next phase of the MCU with Kate Bishop. Across its six episodes, Hawkeye tells a nice, relatively low stakes story that also manages to bring together threads from several corners of the MCU and wrap them up into a nice, arrow filled, Christmasy bow. 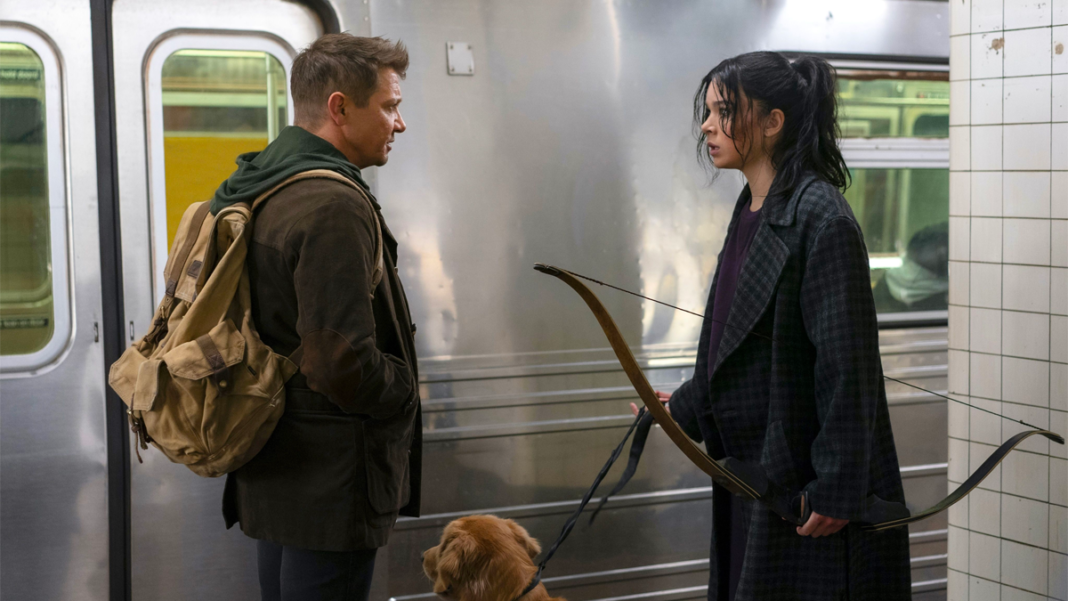