On the face of it, Ted Lasso is an upbeat comedy about a wholesome American football coach and his attempts to learn the ropes of an English football team. But underneath that, the series instead takes a deep dive into the emotional state and inner psyche of its characters. Showing people at their lowest or most vulnerable, and using what may seem to be several small moments to lead into some hugely powerful scenes and revelations. Ultimately proving to be a great exploration of how people are complex, layered, and unique. 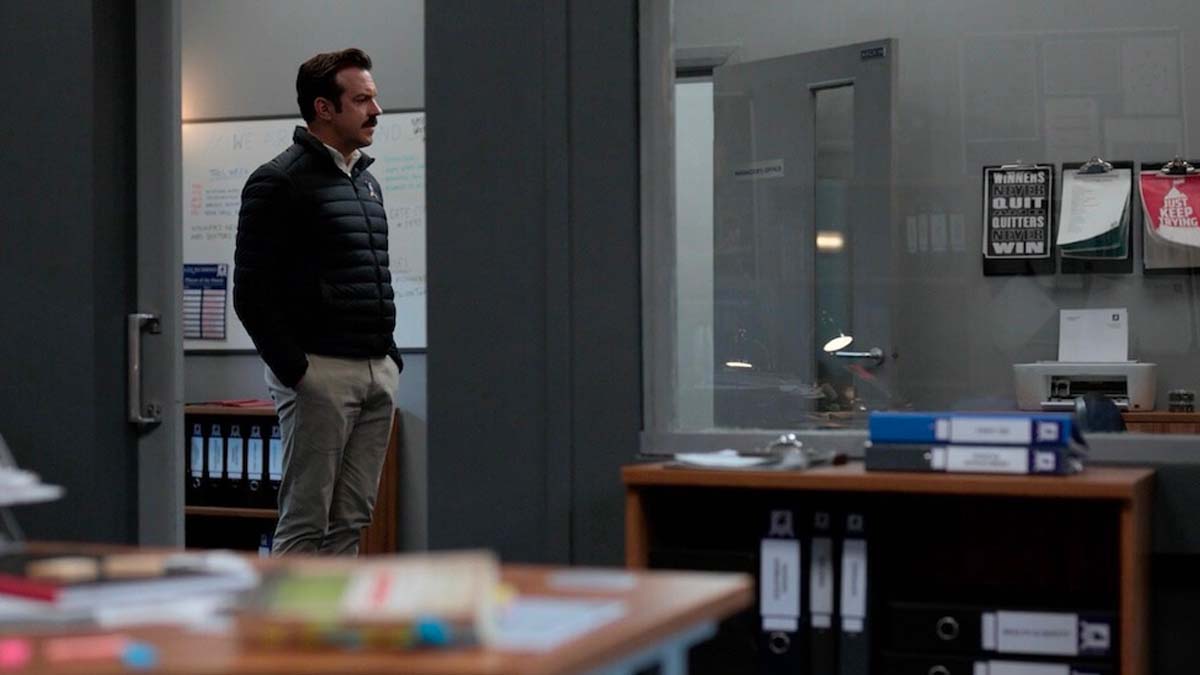 Where the first season spends more time on the drama of Football, and the relationship between Ted and the team, and for the most part the darker moments (like Ted’s struggles with his marriage) are sprinkled in here and there. The second season in nearly every episode builds into some deep and emotional beat that highlights something new about the characters we’ve gotten to know.

In fact, I’d argue that the best thing about Ted Lasso, other than the hilarious and wholesome characters, is how much time it spends showing us people struggling. And that’s not because I’m some kind of sadist, it’s because it’s real. 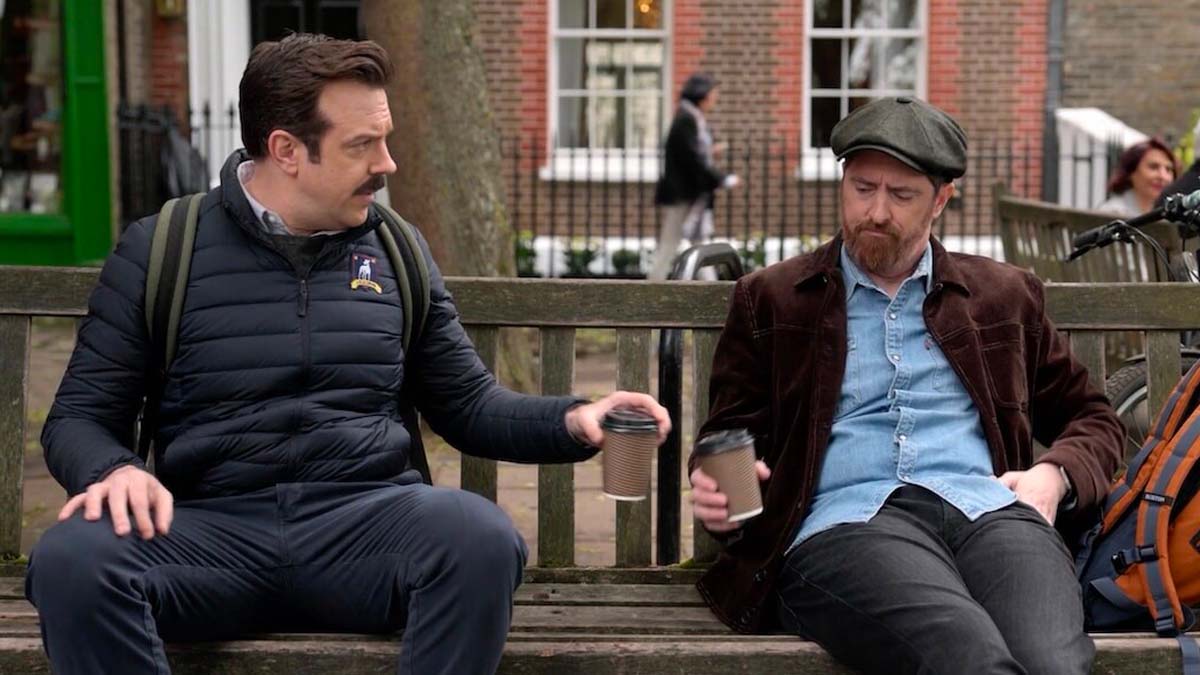 The show manages to combine its ideas on hopefulness and inspiration with a much darker and sadder look at why people are the way they are. Whether it’s the slow (ish) descent of a character like Nate, or the hiccups that seem to get bigger and bigger for a couple like Roy and Keeley, or the revelations on Ted and why he’s so upbeat and refuses to give up.

Each of them gives us an emotional and often heartbreaking look at the struggles people go through on a day to day basis, just to be themselves. 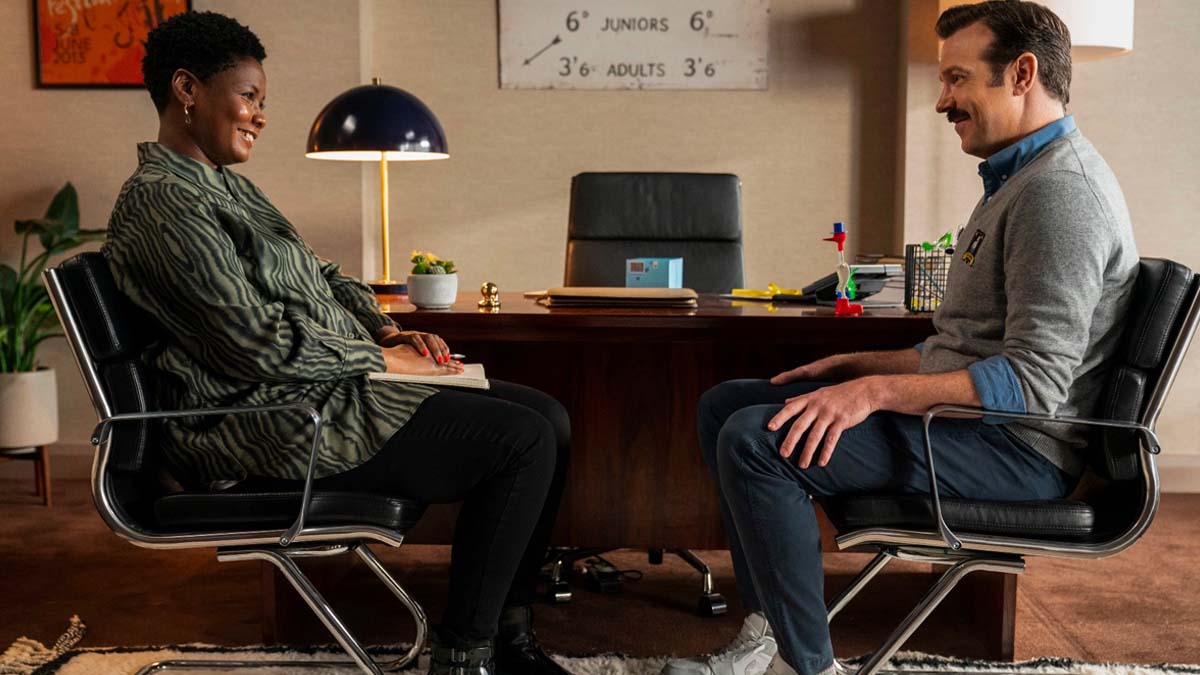 But what makes these moments so special are that they are built up and developed, and each of them teaches us not to take anyone or any relationship in the show for granted – people and relationships are complex, what people want and who they are don’t always work out and people can and will change.

And while I mention changing, it’s worth looking at Nate’s descent into villainy during the show – as again he’s definitely wrong in a lot of ways, and clearly has some (or a lot of) issues he needs to deal with but he isn’t always in the wrong. And that’s what makes him so interesting. 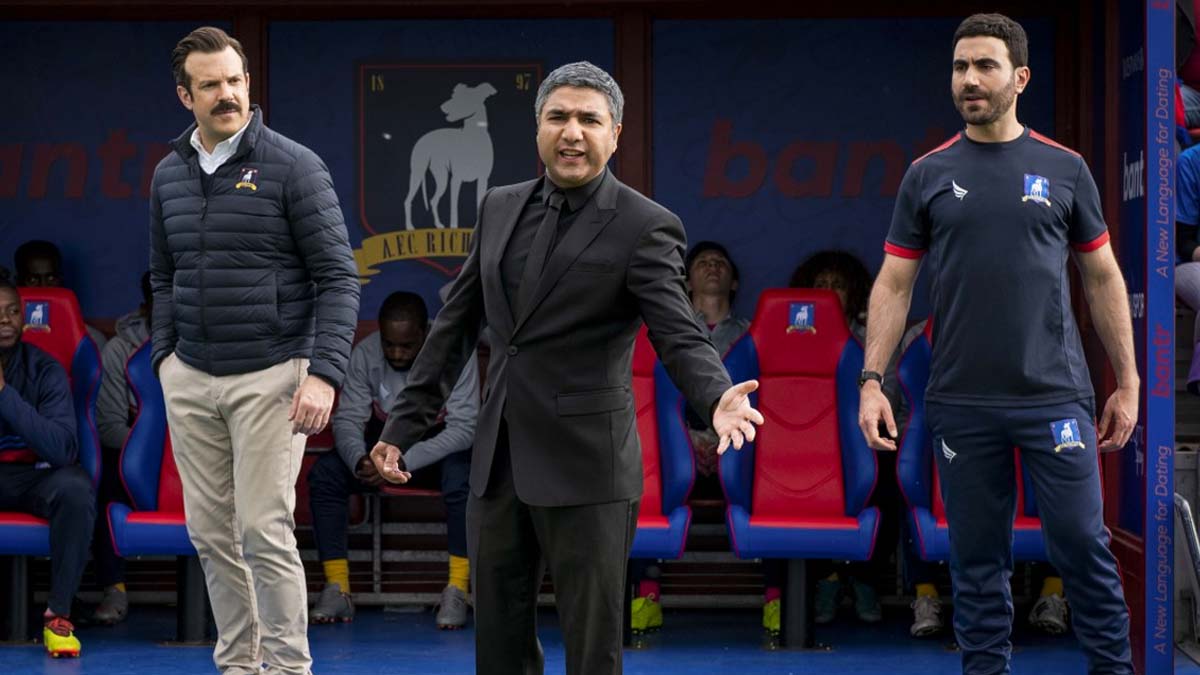 He says things like Ted will never give him the credit for his false 9 formation, and then when Ted goes out of his way to call it ‘Nate’s false 9’ or even ‘Nate the Great’s False 9’, Nate says Ted is only doing that so that when it goes wrong Ted can blame him.

Similarly, he starts that last game by claiming the team would be fools not to do his formation, only to angrily claim they weren’t ready to do it after it doesn’t work during the first half. During his rant to Ted, he shouts at him for not having the picture Nate gave to him for Christmas on his desk, which eagle-eyed viewers will have seen in Ted’s house next to a picture of his son in an earlier episode. 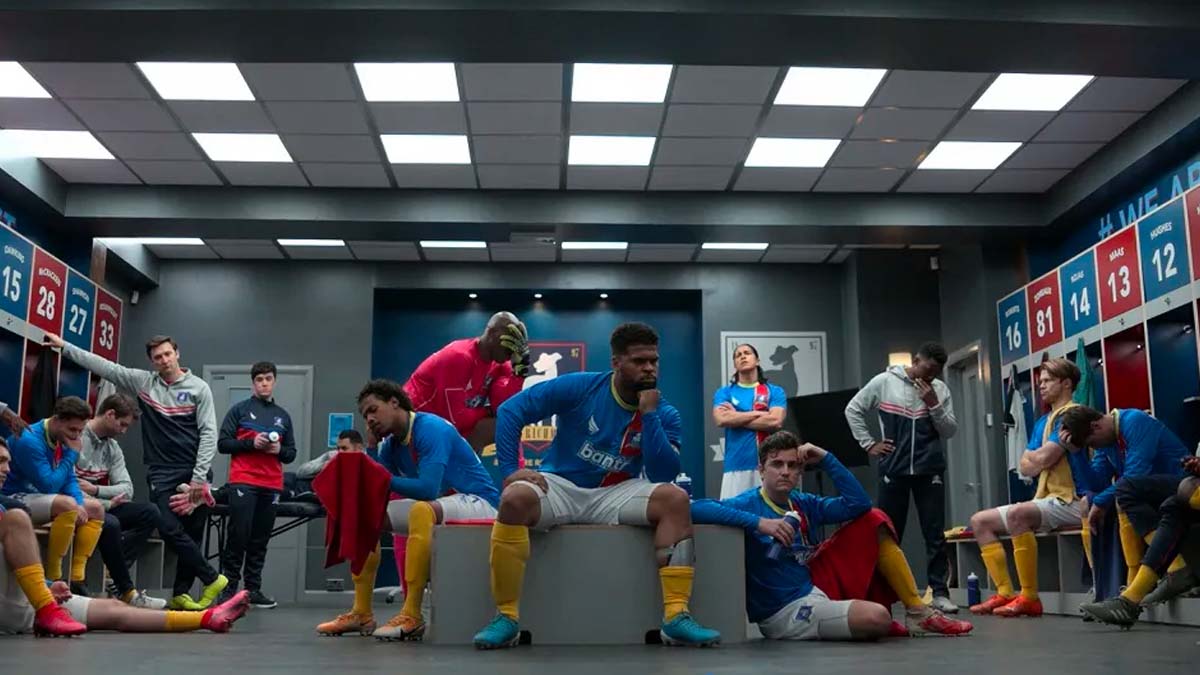 Nate wasn’t to know this of course, but also – why (other than his own inner darkness) would he assume Ted, an otherwise outwardly loving and caring person, had just discarded a gift from a friend.

And of course, the fact that Nate leaked to the press about Ted’s panic attack in the first place says almost everything you need to know about Nate. His confidence issues, bitterness, and I think in many ways desperation bubble up into almost delusion at times, and several extremely unpredictable expressions of emotion. 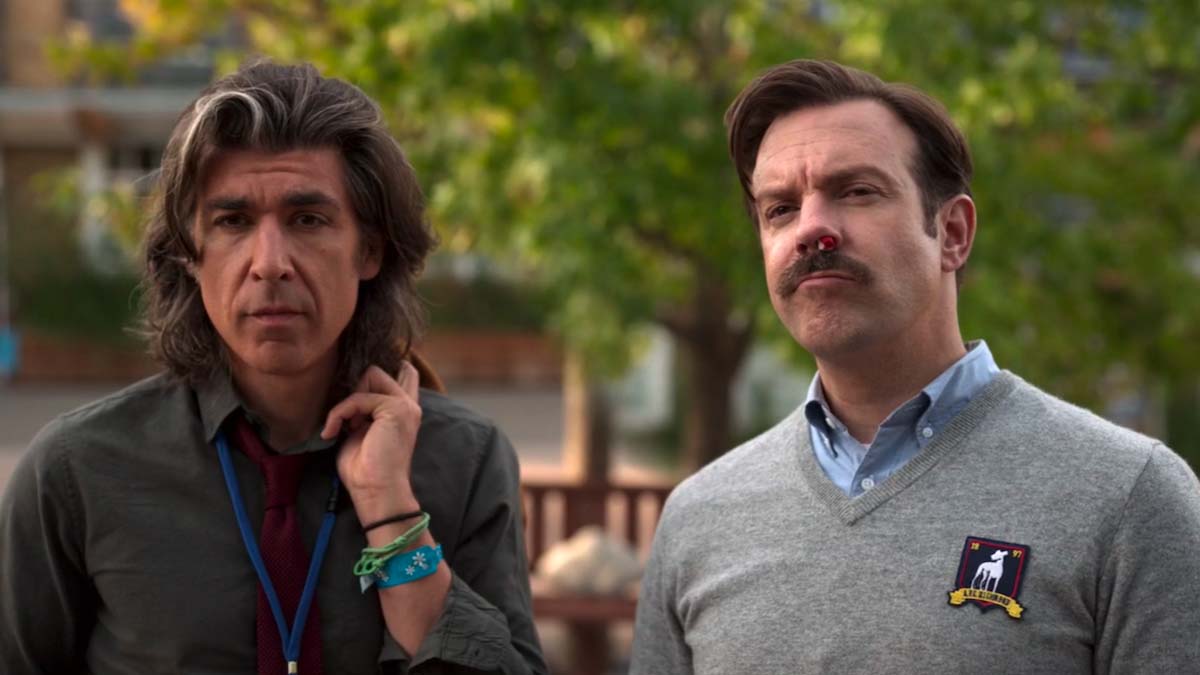 All of this is where we can clearly point to Nate being in the wrong. But then some more understandable parts to his character are that he was overlooked and bullied by the team for years, he was the one person not to get a Nespresso machine, people keep referring to his suit as the ‘one that Ted bought him’ rather than his, and perhaps the final straw for him is Roy wanting to kill Jamie for saying he loved Keeley, but Roy saying it’s fine that Nate actually kissed her – they all add up to much bigger things for Nate than they may first appear.

And so his descent into the dark side may not be totally understandable for everyone, but it’s all there if you look for it, making it that much more heartbreaking. 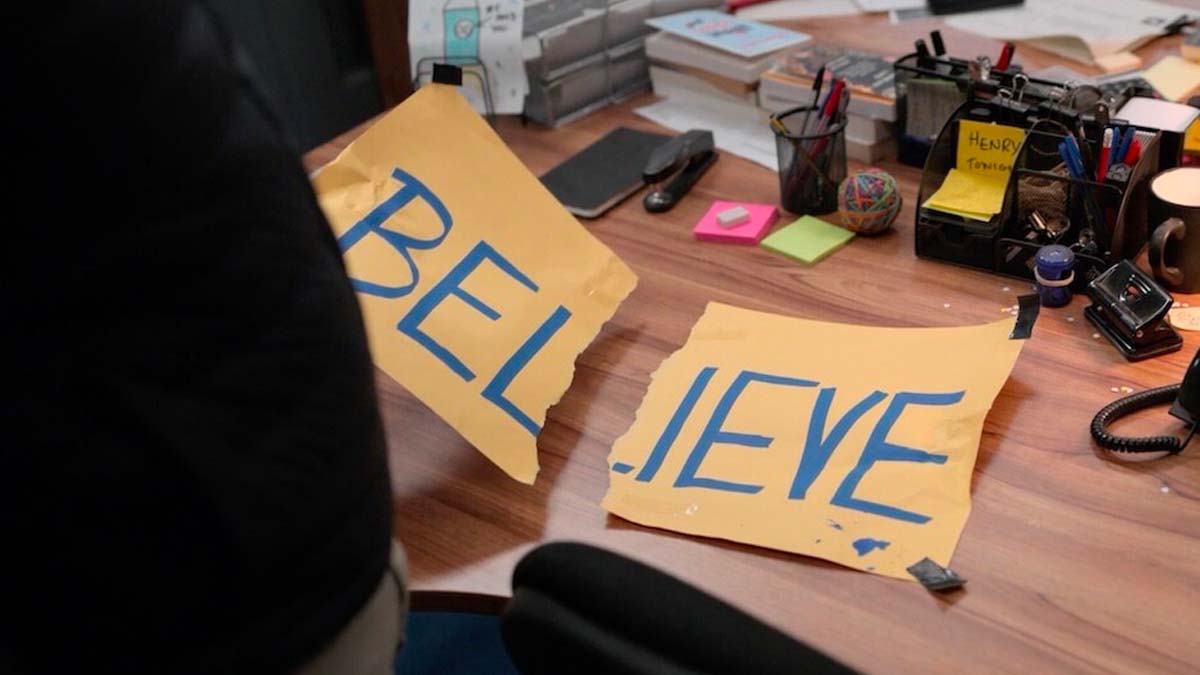 All of that said, I along with every other fan will never be able to forgive Nate for ripping that believe sign – and I’m not sure there is a way back for him, but if there was one show that could do it, I think it’s Ted Lasso.

The series already did a great turnaround on characters like Roy, showing him to be more human than his gruff exterior lets on (albeit only a little), Jamie, who has developed into a much less selfish and genuinely caring person, and even Ted who in the second season reveals a lot about his past, why he is so upbeat and why he refuses to quit. And as I mentioned the show goes out of its way to subtly and cleverly show that people are complex, things both good and bad add up and change us every day. 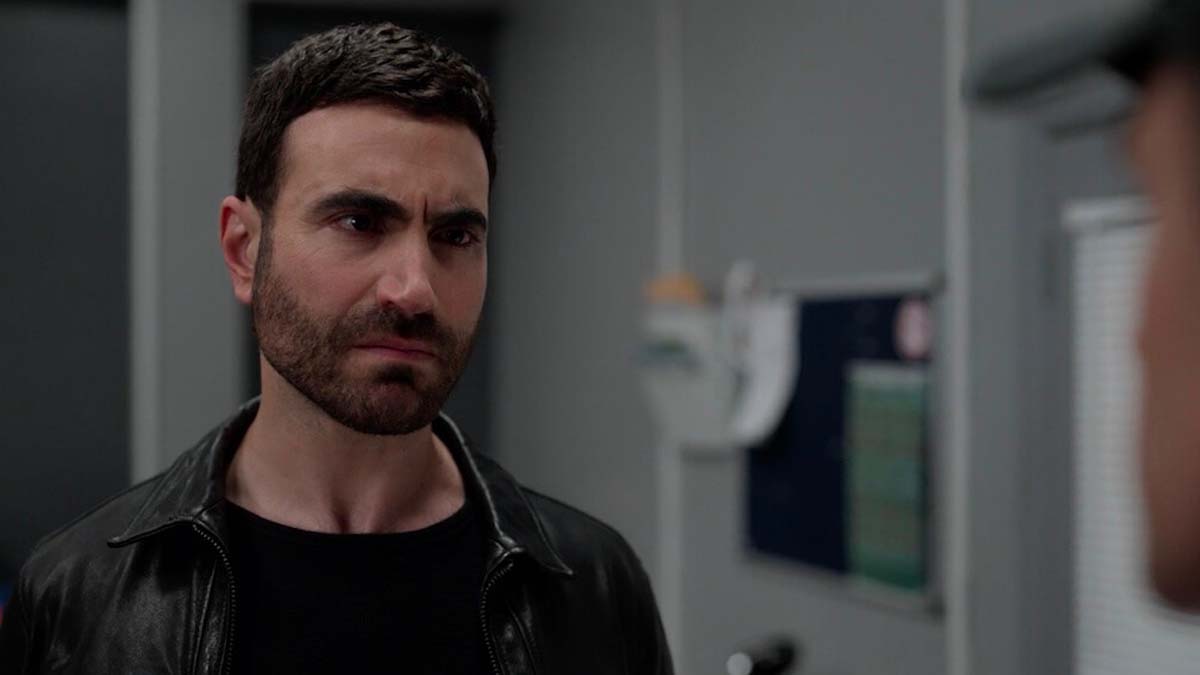 But what might make Ted Lasso’s deep dive into its characters even better is that it did it all without out us realising, at least at first. The slower approach to both the story and its characters made for a second season that kind of snook upon its audience, taking detours to show Nate trying to get the window table in a restaurant, or dedicating an entire episode to Coach Beard’s Hangover-esque escapades after a big AFC Richmond loss. But looking back, it all came tougher into something very unique.

After only two seasons Ted Lasso has proven itself to not just be one of the funniest and most wholesome shows on tv but uses its smart storytelling and genuine characters to take a look at something deeper. 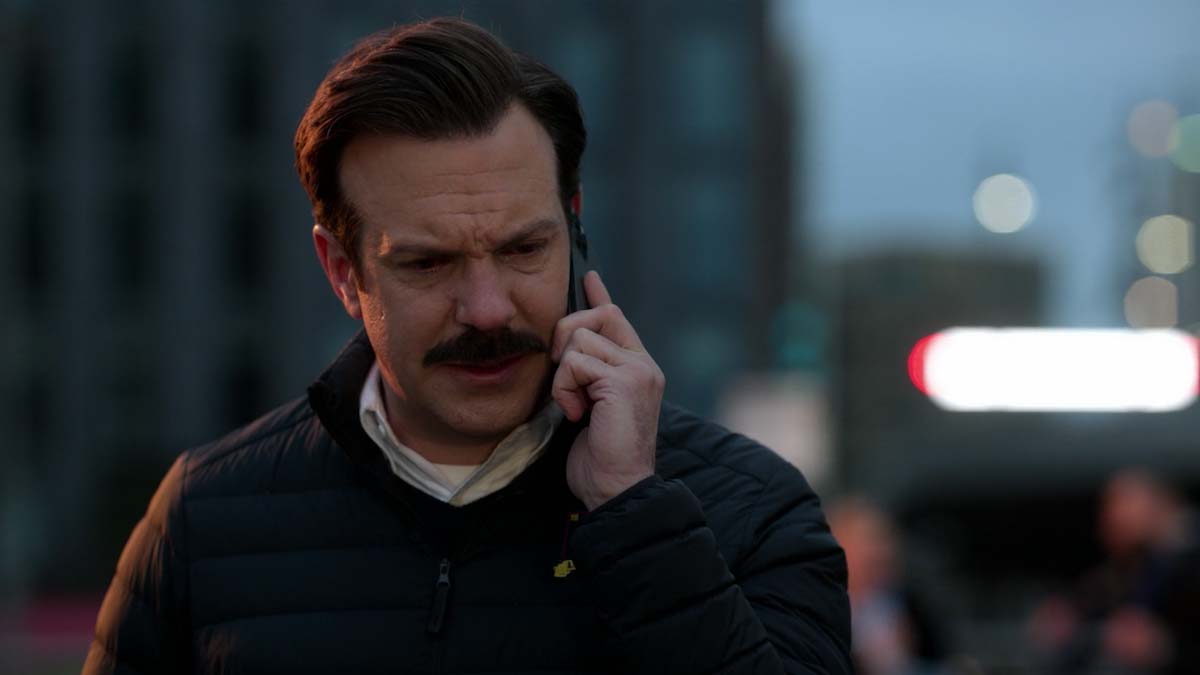 Ted Lasso is full of everything from characters coming to personal breakthroughs during therapy to genuinely difficult times between a loving couple, or the slow descent of someone being pushed further and further by little moments that might not mean anything to most people. The storytelling and character work the show has achieved in only two seasons is incredible and adds up to something special, that will no doubt take its detailed character studies even further in the third season. 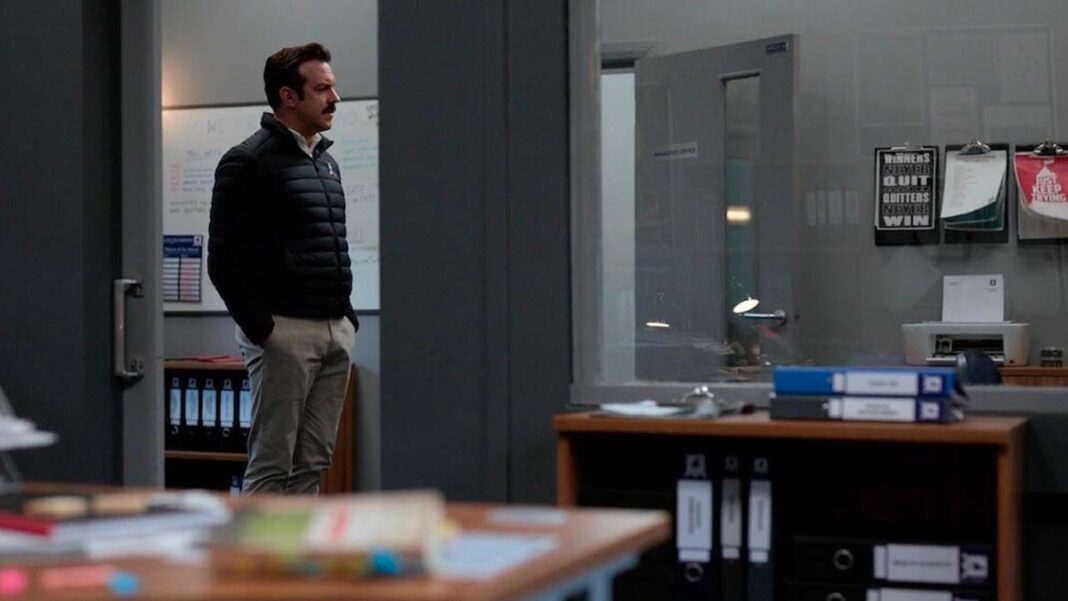