After fifteen years as the slickest super spy in the world Daniel Craig’s James Bond, who helped redefine modern action heroes, bids a farewell to audiences with No Time to Die. Craig’s fifth and final Bond film comes with all of the style, spectacle and action set pieces any 007 fan would expect, but with some added emotional beats that ensure this James Bond is an emotional tale of revenge, redemption, and self-acceptance. 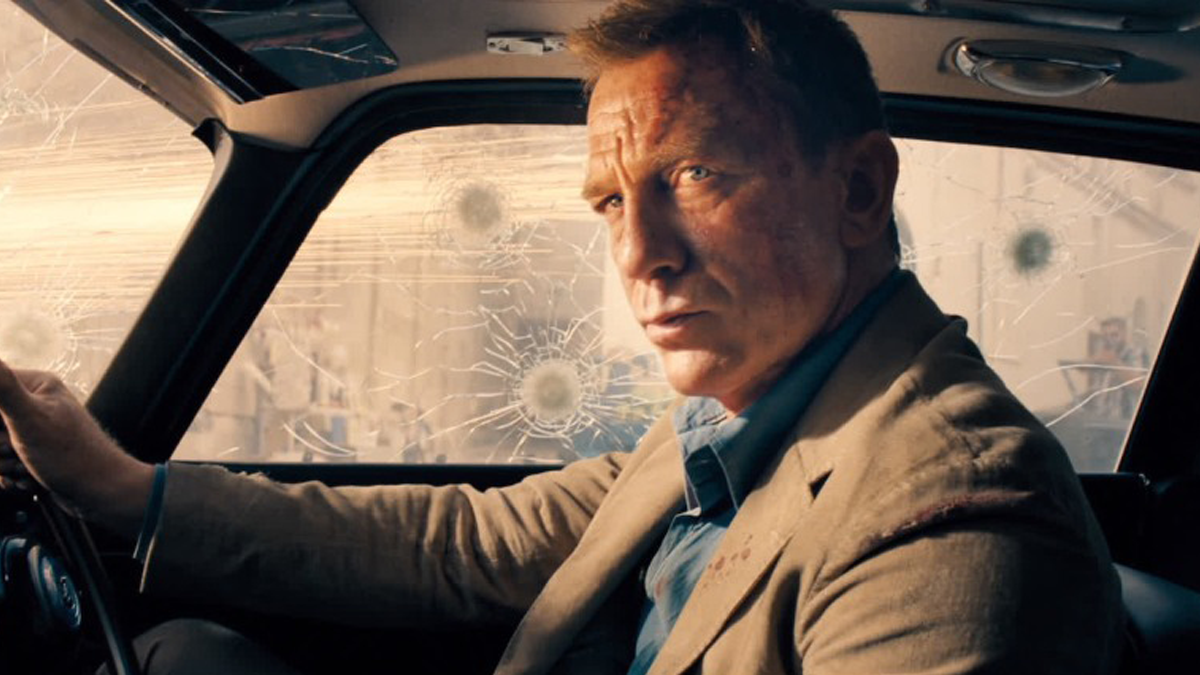 No Time To Die picks up right where Spectre left off, with James leaving the spy life behind and living a carefree life with Madeleine Swann. And if you’re keeping track that is in fact the third time that Craig’s Bond has left the spy life behind for a nice life living out his days in the sun.

But as we all saw in the trailers his blissful life of going from one fancy hotel to another doesn’t last very long.

Bond quickly returns to form in an action-packed sequence that sends his whole world crashing and burning. 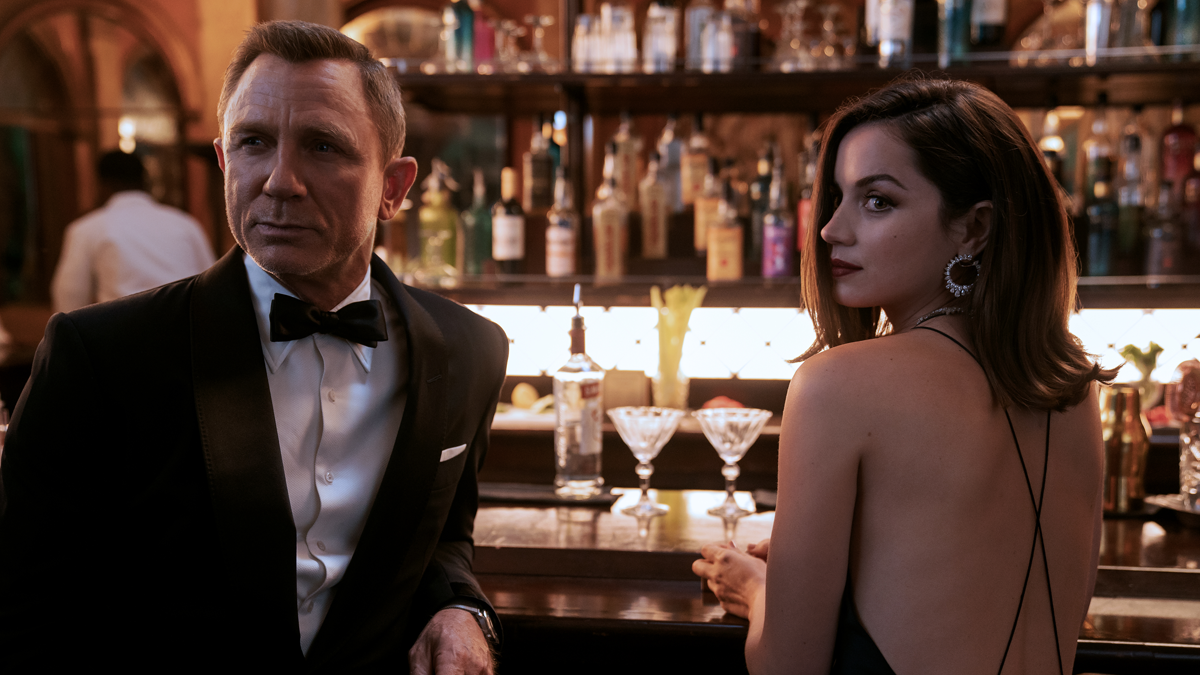 No Time to Die wraps up most of the underlying threads from Craig’s tenure as the super spy pretty well, even if fans will be unhappy with the specifics of how it all ends (insert some kind of joke about double ‘o’ heaven here).

The early inclusion of Bond still not being over Vesper (Eva Green’s character from Craig’s debut in 2006’s Casino Royale), and his issues surrounding her betrayal, sacrifice for him, and death act as a nice bookend to his emotional arc. Bond accepts that he can’t have a future with Madeline until he faces his feelings for Vesper.

And in the first of No Time to Die’s emotional scenes, James visits Vesper’s crypt and says he still misses her – he then writes a note echoing her own last words to him “forgive me”. 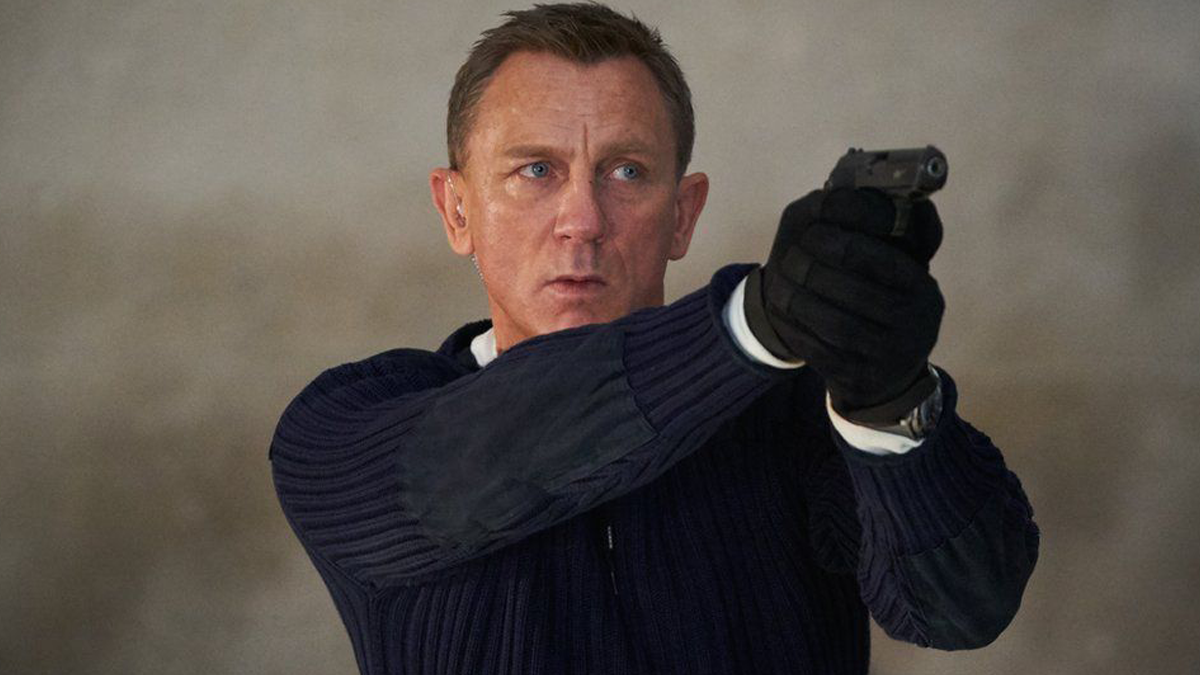 After a big action scene and James’ doubts over Madeline sink in, the movie then jumps forward five years, meaning Bond at this point in his career has spent more time wallowing on beaches and being bitter about women than he has being a super spy.

But his past comes back to haunt him, as, after years as the head of MI6, M’s secret plans lead to, Rami Malek’s Lyutsifer Safin getting hold of an extremely dangerous weapon, setting up a classic ‘one last mission’ for Bond.

Felix Leiter recruits the new retired fishing enthusiast Bond onto a CIA mission to help take down the remnants of Spectre, and No Time to Die’s sprawling plot truly begins. I’d argue that (aside from that jump forward five years, and something specific that we find out happened in that time) the general plot for No Time to Die is pretty run of the mill and what you’d expect from a farewell to this James Bond. 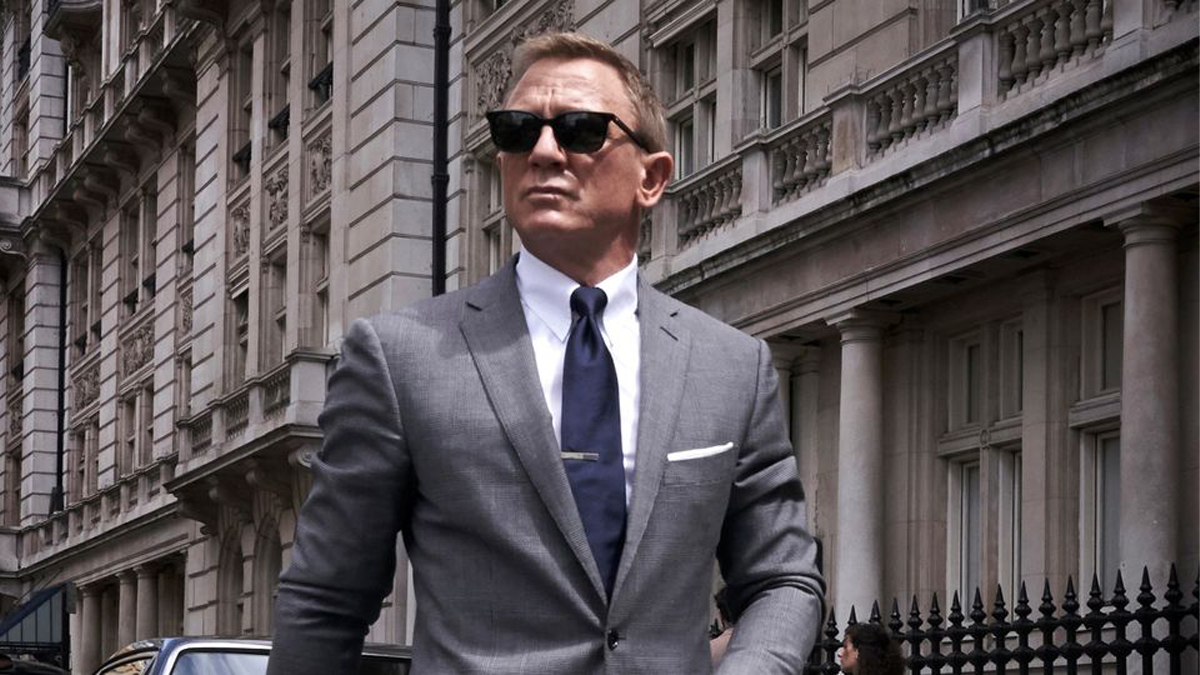 But I don’t think that’s a bad thing, the simpler plot, which in essence is: Bond gets forced out of retirement, takes down one bad guy only to find out there’s another bad guy at play, take him down, and save the day (all in all pretty standard fare for James Bond).

But this simpler story gives plenty of room for some incredible action sequences, lots of emotional beats for Bond, and his supporting cast, and enough room to tie up several loose threads from the previous four films.

Speaking of the supporting cast, everyone from returning characters like M, Money Penny, and Tanner to the latest villain, Lyutsifer Safin, Ana de Armas’ Paloma, and MI6’s new 007, Nomi, played by Lashana Lynch is on top form. 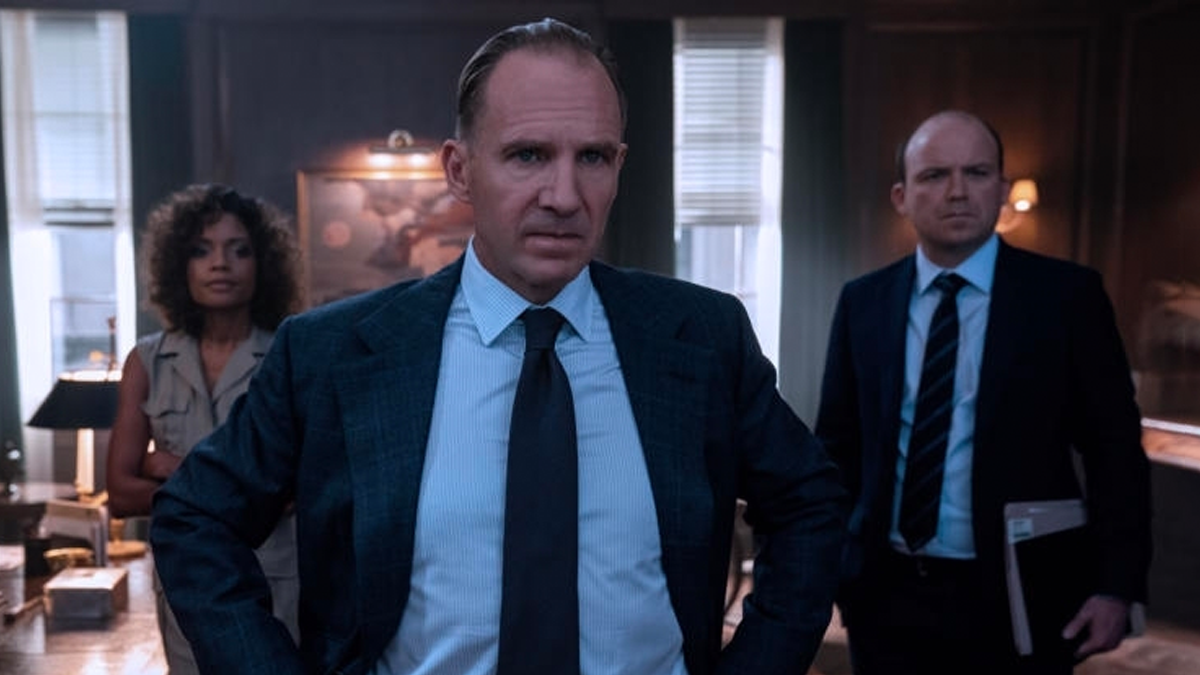 In fact, almost everyone other than Nomi and Safin is a returning character from some point in during Craig’s run. Blofeld is back, albeit it relatively briefly, and Jeffrey Wright returns as Felix Leiter (which marks him as the only Felix to appear in three separate movies). And as you’d expect from a cast made up of the likes of Ralph Fiennes, Christoph Waltz, Jeffrey Wright, and Lashana Lynch, Bonds inner circle of friends, enemies, and frenemies rounds out the movie perfectly.

But If you don’t care about the emotion behind No Time to Die’s story, any of the character work it excels at, or the very final end for Bond, the one undeniable part of No Time to Die, is that the action is incredible.

Director Cary Joji Fukunaga makes sure that the movie feels grounded and dangerous, with tight action sequences that showcase not just Bond but his various allies ruthlessly kicking ass. One scene towards the end of the movie, with Bond working his way up a staircase and taking on a video game’s worth of nameless henchman, is filmed as a one-shot (although I’m pretty certain there was a few hidden cuts in there). 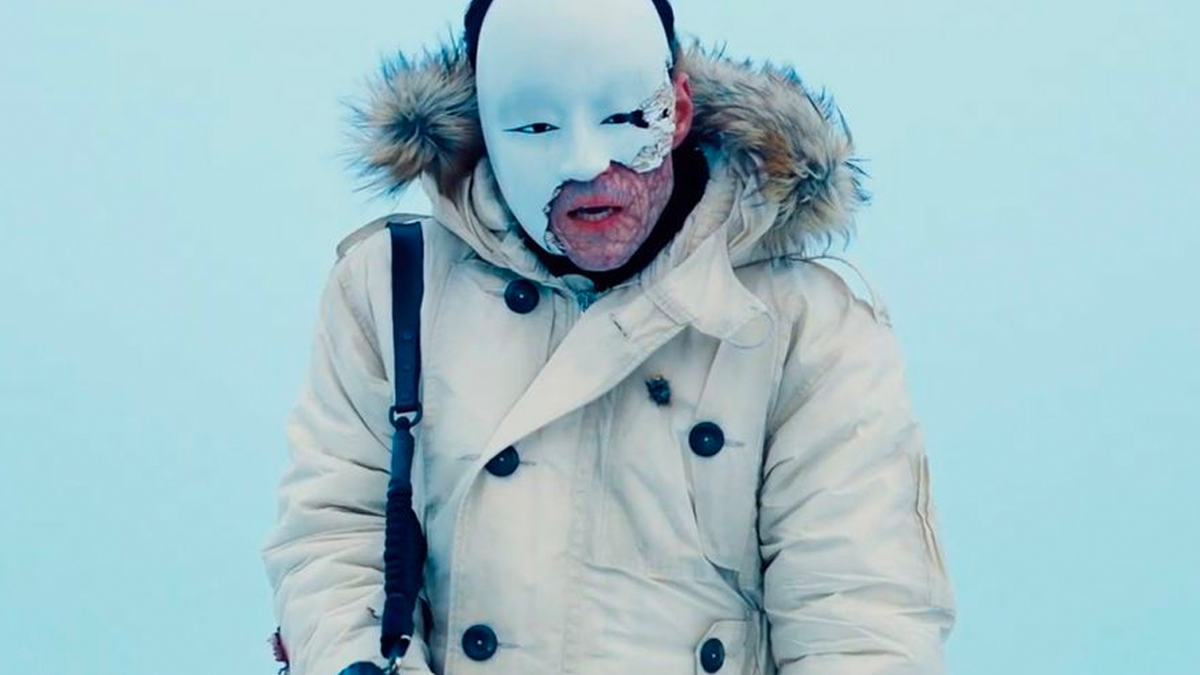 It, like much of the action throughout the movie, looks and feels like something special, even for a spectacle and set-piece filled Bond adventure.

Undoubtedly this is the third quite nostalgic Bond film we’ve had in a row, Skyfall was a celebration of fifty years of the franchise and featured many nods and hints to the series’ past. Skyfall’s villain Javier Bardem as Raoul Silva was a twisted version of Bond, M’s former favourite agent and was an interesting showcase of what a Bond turned bad could be.

Similarly, Spectre did some clunky retconning and claimed that Blofeld was behind almost everything that had ever happened to James, tying all of his previous movies into the web of Spectre. 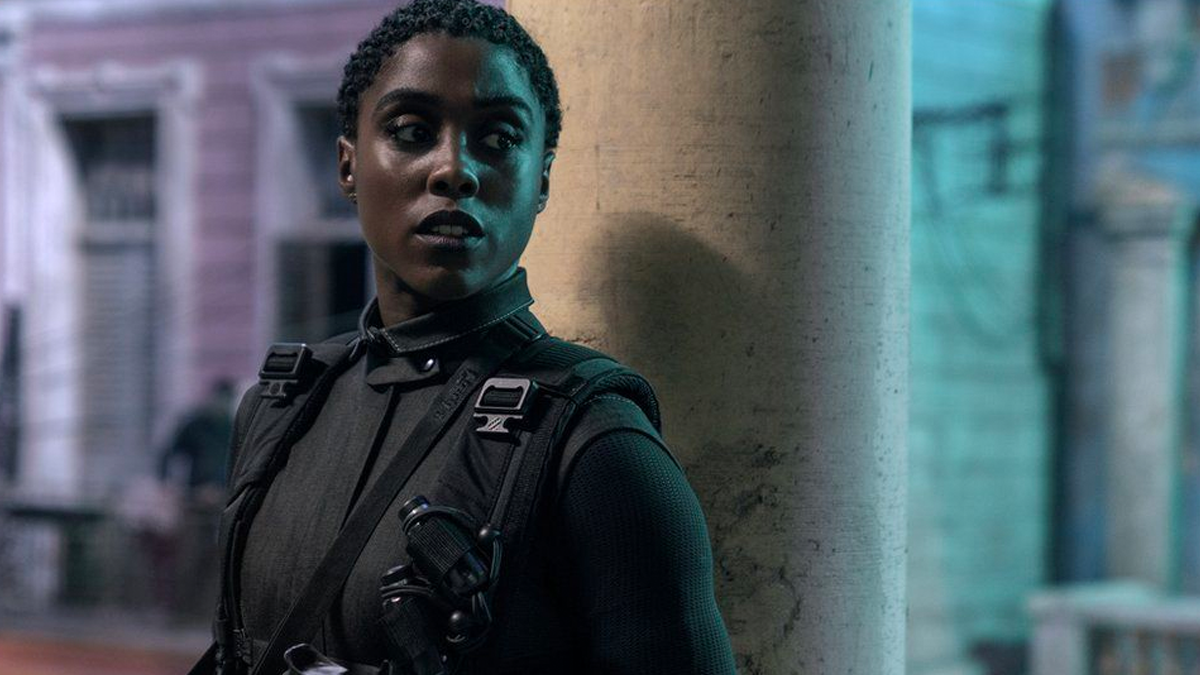 And I’ll be the first to admit that No Time to Die takes advantage of that clunky retconning, and it does feel a little strange that three of Craig’s Bond movies have been nostalgic throwbacks, celebrations of Bond, and attempts at making everything into one cohesive story (thanks MCU for being so great, and making everyone want a big interconnected shared universe).

But I think, maybe more than Skyfall, and certainly more than Spectre, it really works here, as this is a goodbye to Daniel Craig, and so celebrating his time as 007 feels extremely fitting.

Ultimately, No Time to Die is a great bookend to a full Bond story that began with James becoming a double 0 agent at the beginning of Casino Royale, leading into him making the ultimate sacrifice to save, queen, country, the world, and his family in No Time to Die. 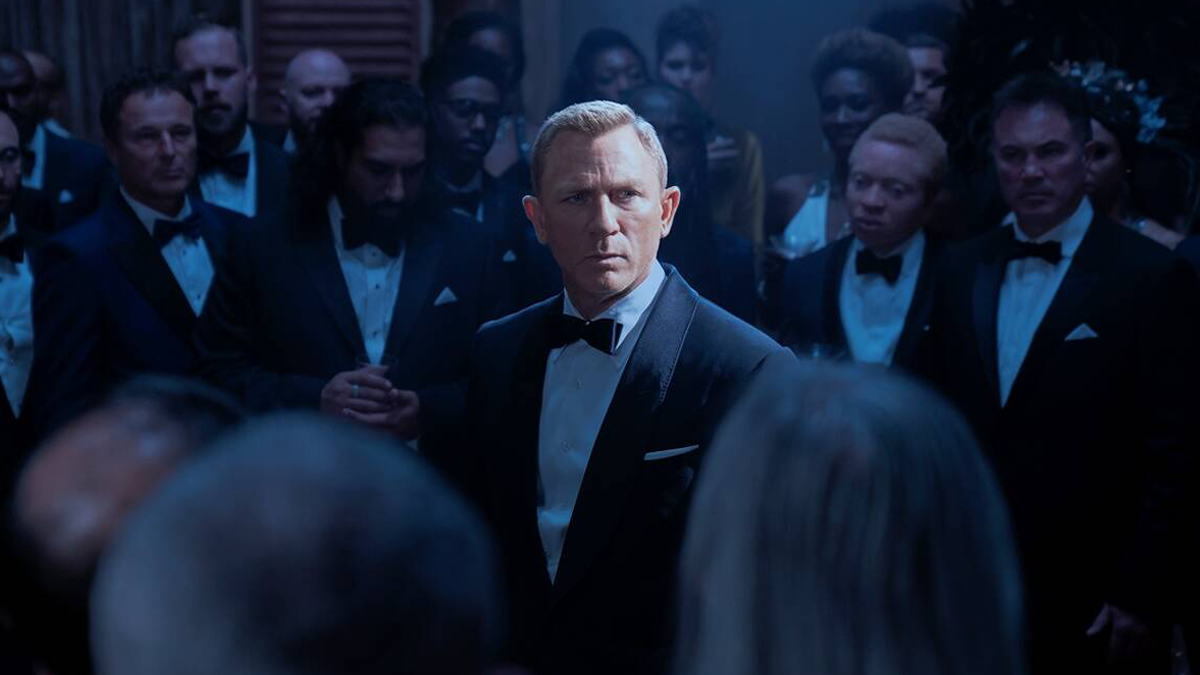 Daniel Craig’s James Bond leaves an impactful legacy on those surrounding him and the real world, as the man who brought Bond into the modern era. The next James Bond will have to do something special to top Craig and his movies, which haven’t always been the best individual films (looking at you Quantum, oh and you Spectre) but as a complete and now finished story that adds up to a Bond the likes of which we’ve never seen across decades and twenty-two other films.

Thanks to anyone who has made it this far into my ramblings – if you liked the post please like and subscribe to our YouTube channel for more Pop Culture Content, and let me know your thoughts on No Time to Die in the comments below. 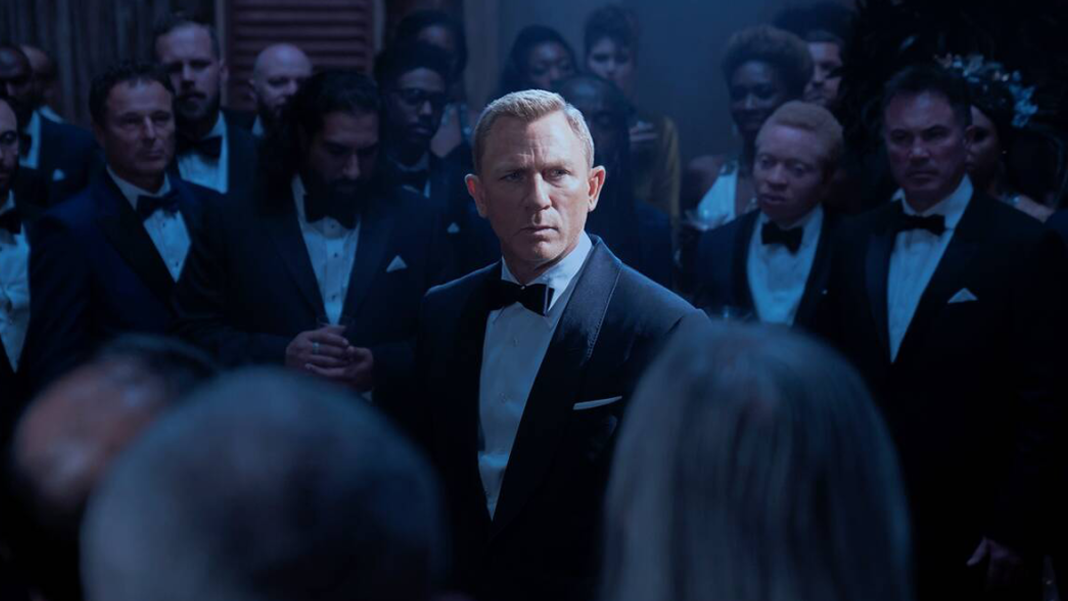