On the surface Mythic Quest: Raven’s Banquet is a modern-day workplace comedy that looks at the inner workings of the fictional online role-playing game Mythic Quest. But beneath that, the show touches on some topical gaming industry issues such as time pressure and female representation. But above all else offers an in-depth look at the struggles of being creative, collaborating, and how to define success. But in episode five of the series, Mythic Quest’s A Dark Quiet Death takes an unsettlingly relatable look at artistic vision, creativity, and its emotional cost.

Starring Jake Johnson and Cristin Milloti as Doc and Bean, A Dark Quiet Death shows the story of two video game developers from their very first meeting, right through to what could be their last. Jumping forward in time after every scene or two, the episode shows how their creative visions and definitions of success change over time, along with their willingness to compromise and unfortunately their relationship.

Starting in 1993 the two meet in a video game store, where Bean complains that there aren’t any good games. Doc eventually explains he produces video games and questions why she doesn’t make that type of game she wants to play herself. The next scene shows the two in 1995, pitching their game “A Dark Quiet Death” to a video game publisher for further funding. Despite A Dark Quiet Death being a dark and serious game where you can’t kill the enemy (which is intended to be a metaphor for life, its relentless nature, and inevitability), the publisher, who usually makes games like “Kitten Bonsai” and “Rockin’ Boppin’ Chicken”, offers the two hundreds of thousands of dollars for investment.

The story then shifts to 1996, where Doc and Bean are now married and looking for a studio, as they are developing the sequel to their game. But as the studio gets up and running and the corporation behind the scenes become more involved the cracks start to show. Focus testing says that people want to be able to kill the monsters, which Bean is adamant can never happen, although Doc is a little more open as he believes it will help the game sell and the franchise grow. 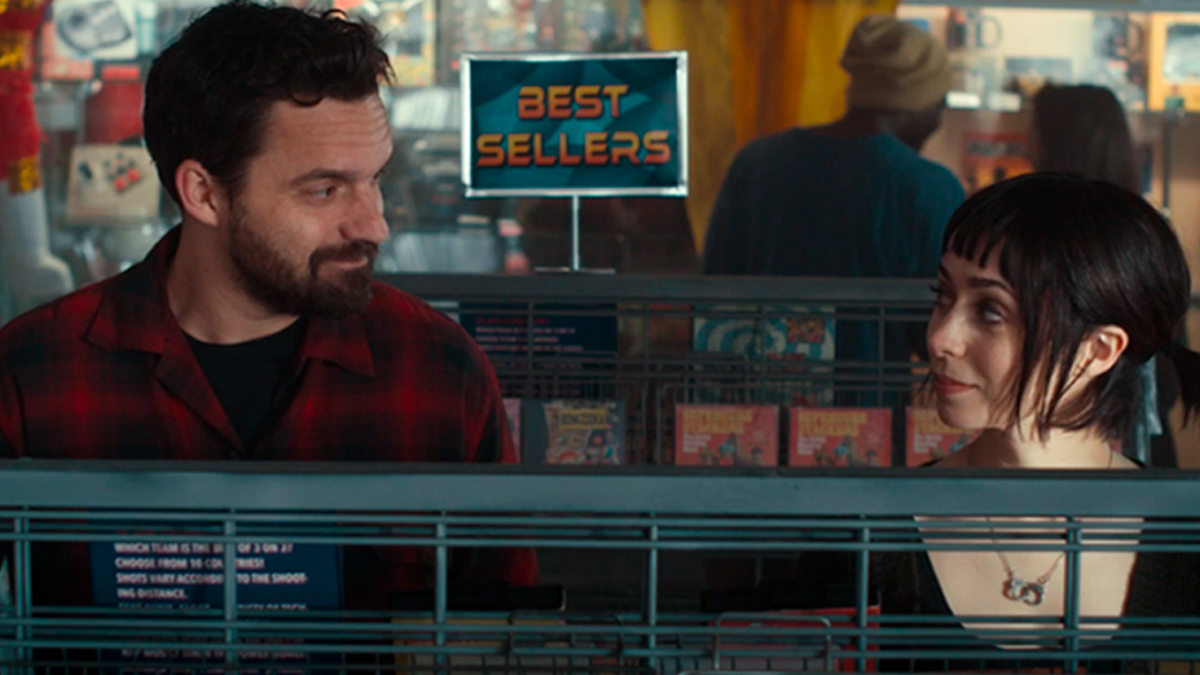 Eventually, Bean compromises as well and the game quickly deteriorates into a standard action game filled with weapons. In a Dark Quiet Death II, the torch (the only thing that could fend off the creatures in the first game) is reduced to a laser sight for a gun, the perfect visualisation of what had happened to the game’s original premise.

The next scenes show Doc and Beans’ arguments at how the game and their respective creative vision has changed and how neither one is getting what they want from the game, or each other.

Jumping to 2000, Doc and Bean are divorced, Doc is dating Tiffany Winters the star of the movie adaptation of A Dark Quiet Death, the trailer for which is in daylight is filled with noise and shows Winter’s character Ash Light killing every single monster she sees. Doc has embraced the now very different franchise and its resultant success. 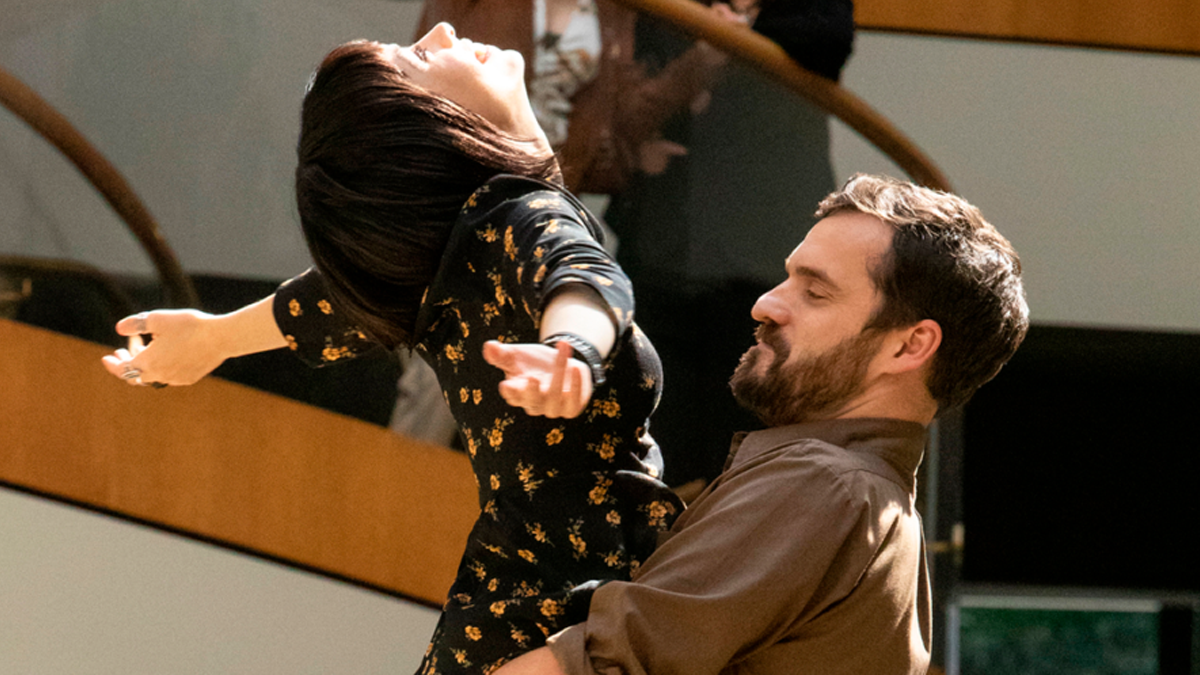 But by 2006, as the studio wants to add in a CGI animated character named Roscoe to make the franchise more appealing to kids, and another push for there to be an ending where the player can kill people, Doc realises how far from his original vision he has fallen. He says the studio needs to pick between this new direction for the franchise and him, with no prizes for guessing who they go with.

The final scene sees Doc in the video game store from the beginning of the episode, looking through an array of terrible games. Bean shows up, returning a rental for her kids, the two share an emotion-filled moment where the pain of what happened is still fresh for both of them. Doc apologises, Bean asks why Doc doesn’t make the kind of game he wants to play himself, the two say goodbye, and the episode ends as Doc finds a copy of A Dark Quiet Death whilst thinking back to the early days of creating the game with Bean. The final moments are punctuated more than ever with expert use of score and licensed music, both of which push this episode to the next level generally, as they manage to bring a sense of joy to the early scenes of success and romance with Doc and Bean, but those same songs and music also bring a sad notion of what was lost at the end.

The underlying message of A Dark Quiet Death centres around a beautifully morbid, and yet wholly relatable story of creativity, the difficulties that come with it, and how people change with success. 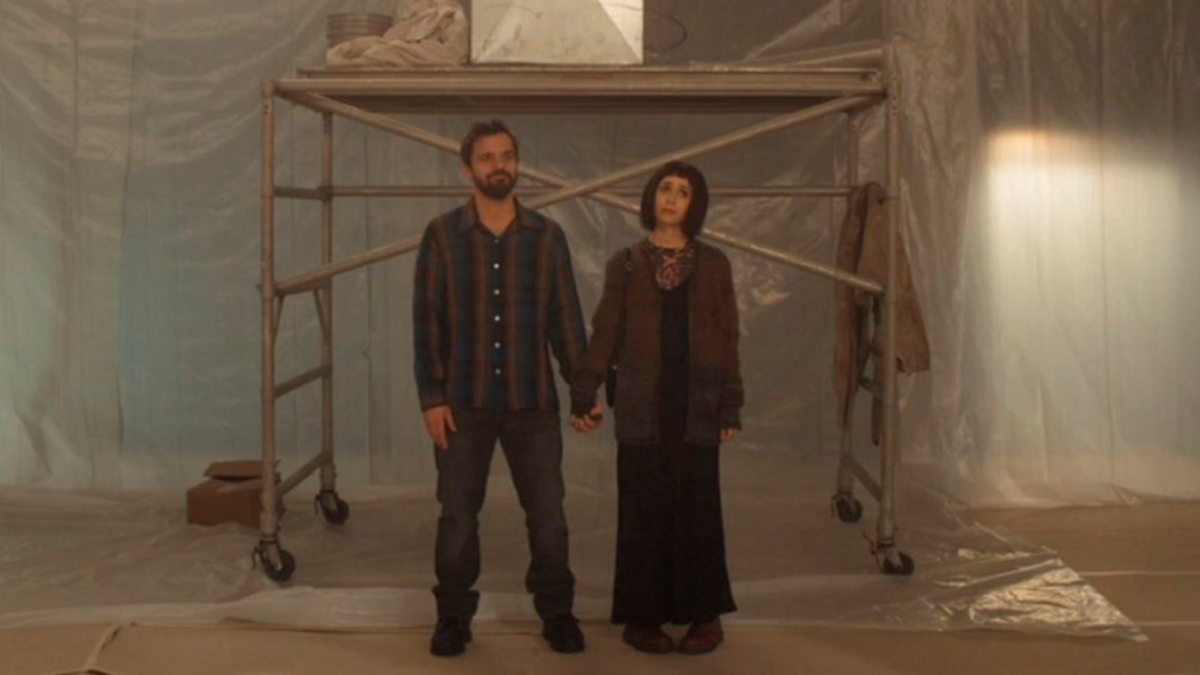 On success, the easy version of the story would be to show Johnson’s Doc as the bad guy who sells out, but instead, an important part of the story is that Doc never truly sells out as a person. It’s more like him losing his way creatively. He doesn’t become arrogant or self-obsessed, and is never really in the wrong, he explains to Bean that it’s just as much his game as it is hers, and him wanting the franchise to adapt and evolve isn’t a bad thing.

On the other side of that coin Bean loses her game but never her vision, the sequel to her game evolved into a generic action-filled game and ultimately was everything that she and Doc created the original game to oppose. She also loses her relationship with Doc. And that is where the magic of A Dark Quiet Death really comes through, it’s not black and white, and in the creative process, there is usually shades of grey. Neither is wholly wrong, but neither is fully right (something which is helped significantly by jumping between years and just seeing small parts of their story, so neither becomes the villain).

The episode comes to a head with a notion of what can be classed as a success. Doc who embraces the franchise losing its original message and thus enables the series to become a huge game and movie enterprise, eventually realises that this “success” wasn’t worth giving up what the game’s original message was, and his relationship with Bean. He says he is done, and it becomes clear how much the compromise has broken him as a person. It’s a sombre and sad episode that feels all too real to anyone that has tried to create something and had to compromise to get it finished. 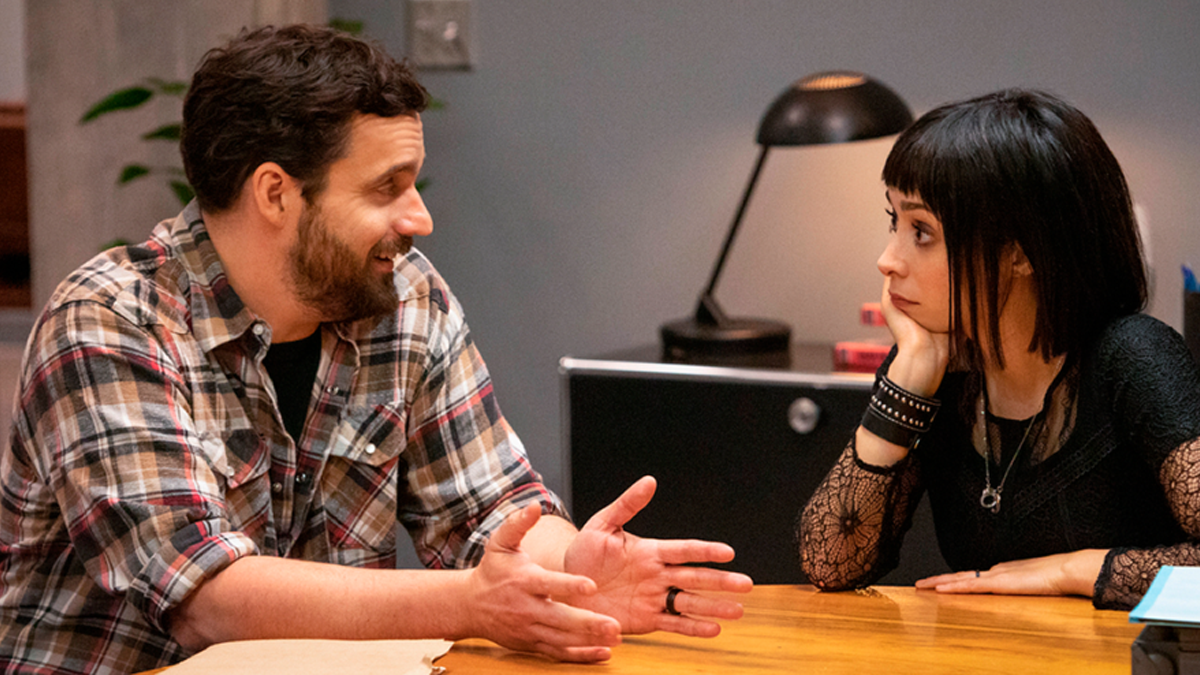 The end of the episode is where the message is really hit home. The final symbolic scene with Doc and Bean together in the store where they first met (and even got the nicknames Doc and Bean) is filled with the emotion of everything the two have lost, and everything they could have had. As a viewer you want the two to kiss, apologise for what happened, and end on a happy note. There is even a moment where you consider Bean mentioning she has children could be a joke and part of her dark sense of humour to throw Doc off, and at the last moment she’ll tell him she’s kidding and ask if he wants to go make a new game.

But that wouldn’t work for the story the episode tells. Doc and Bean fell out over losing the message of their game, which was meant to symbolise the inevitability and darkness of real life, and in real life people break up, they fall out, and they move on to make new lives. And so if the episode pivoted at the last moment, it would certainly make for a happier episode of tv, but a much less impactful and memorable one.

All in all the entire show is great, funny, and walks a thin line between topical, relatable, and outright silly, but Mythic Quest’s A Dark Quiet Death is an unsettlingly relatable love letter to artistic vision, creativity, and the loss of it. In one thirty-minute episode the level of development on Doc and Bean, and how much the episode makes the audience care about them, their work, and their relationship is a masterclass. 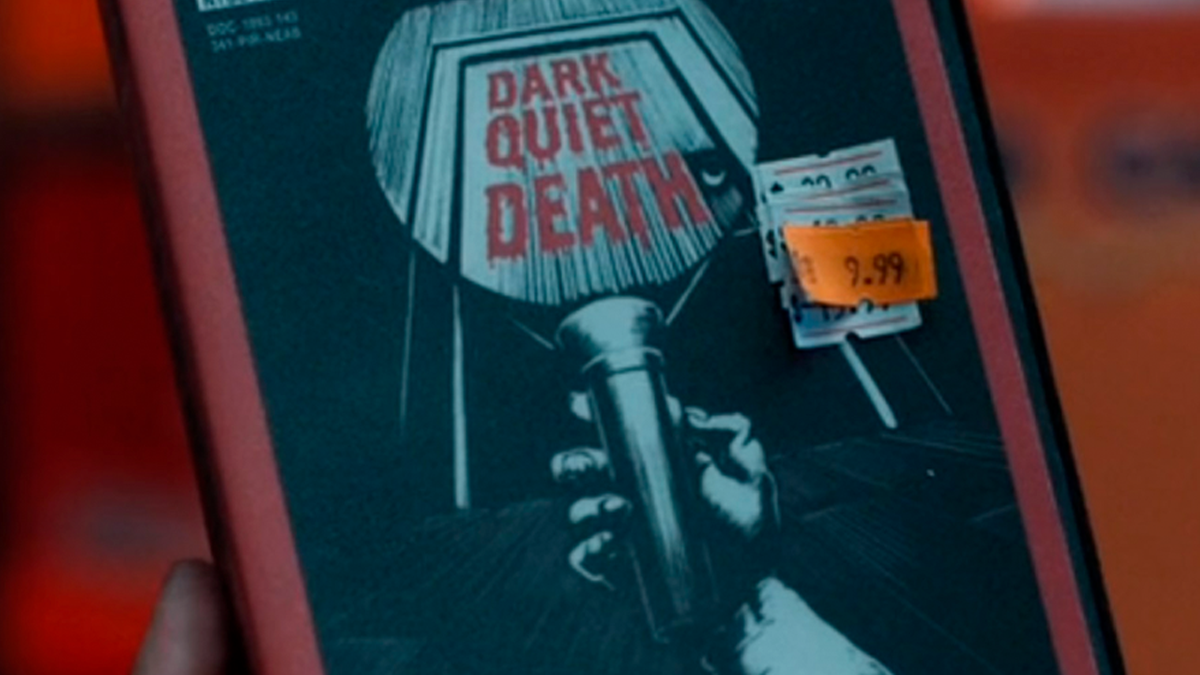 As if the episode wasn’t enough, the icing on the cake to a truly amazing standalone episode of television is that if you go to darkquietdeath.com you can actually play A Dark Quiet Death, Doc and Bean’s original game that started it all. 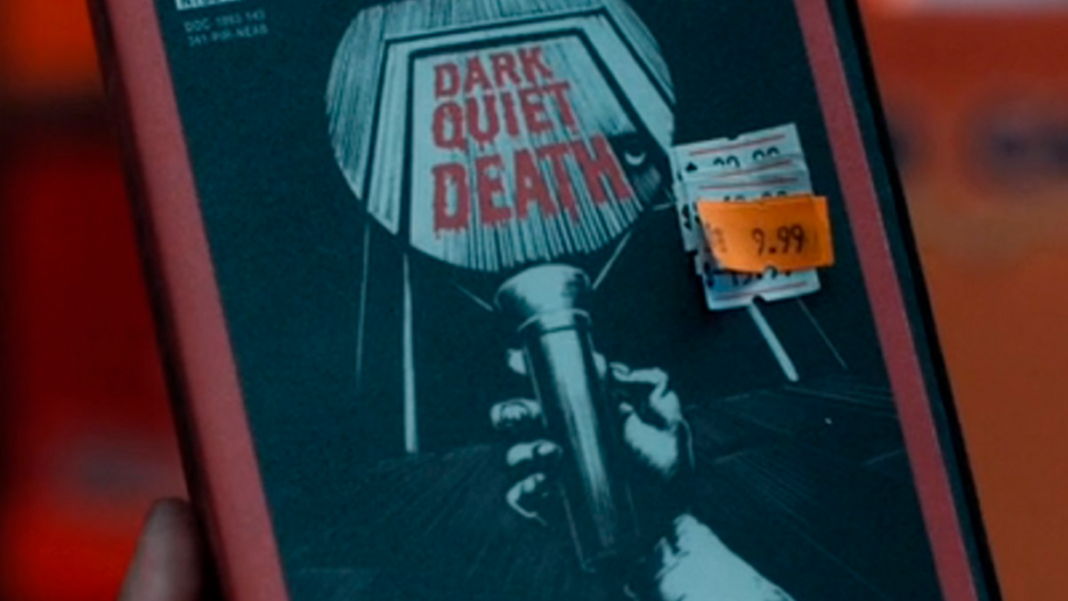 Mythic Quest’s “A Dark Quiet Death” Is an Unsettlingly Relatable Emotional Love Letter to Vision, Creativity, and Its Cost