Netflix’s Masters of the Universe: Revelation brings He-Man and the Masters of the universe into a brand new era. And it does it with style, a bold new story of epic proportions, beautiful animation, and a great blending of nostalgia and something new. All add up to an in-depth and heartfelt look at why He-Man is so special, and what it really takes and means to be a hero. 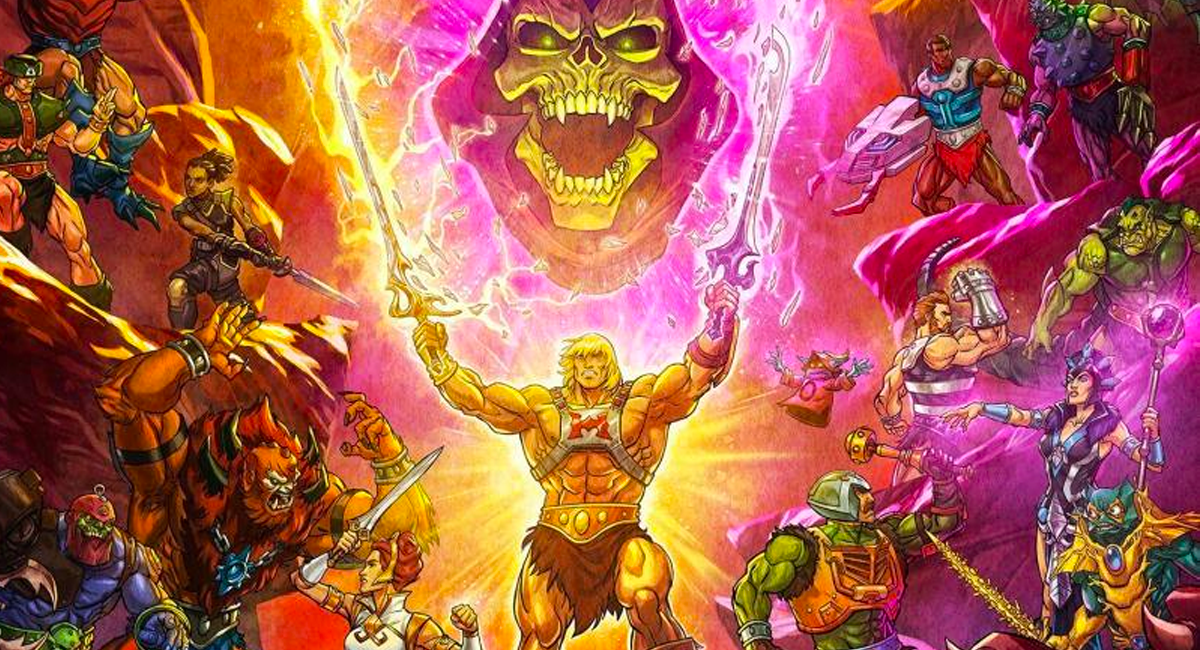 The story takes Masters of the Universe fans on a rollercoaster ride of emotions, killing off the main hero and villain in the first episode. Moving Teela, Prince Adam’s best friend, into centre stage and hugely fleshing out the likes of Evil-Lyn and even Beast Man.

It does this while delivering an intricate, bold, and new Masters of the Universe story, and yet one that (now that it’s finished) feels perfectly rounded, totalling to what could be the best and most “Masters” story we’ve had on screen.

Everything from the animation and the plot to the characterisation, and voice acting stands out as some of the best we’ve had in the Masters franchise and is something special and unique. 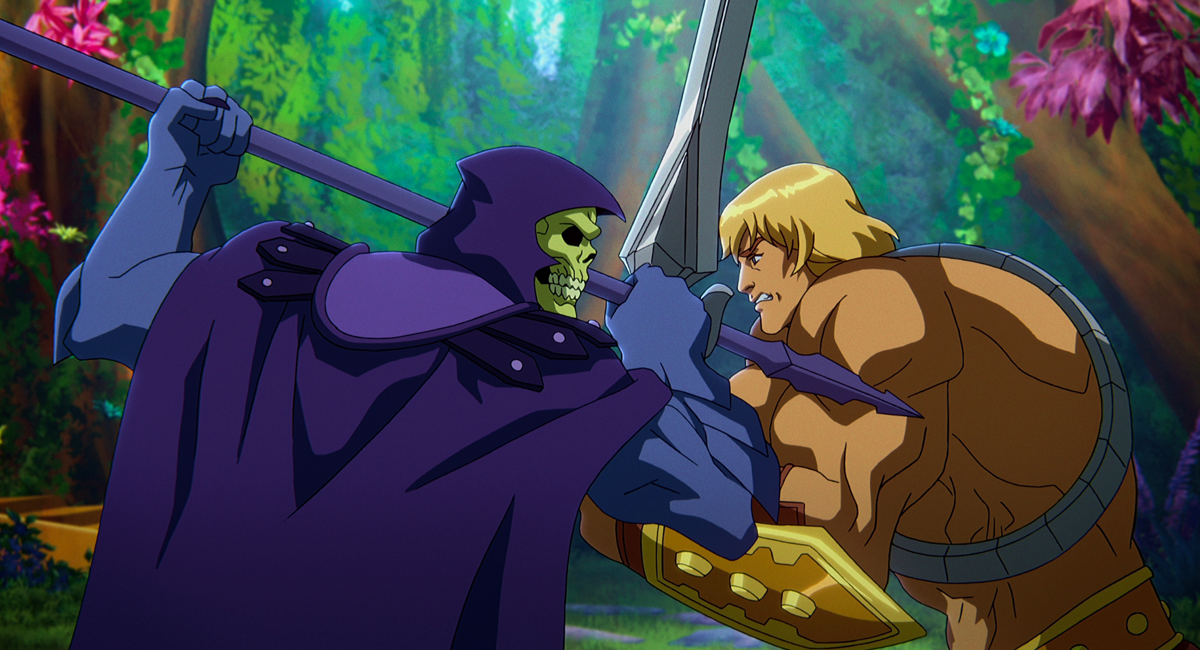 Not only did it kill He-Man and Skeletor in the first episode, but it then jumped forward in time, and shifted the focus of the story to Teela, Andra, and Evil-Lyn.

But to make things worse for die-hard fans, the remaining episodes of Part 1 also killed off Orko, Roboto, and brought Prince Adam back only to (seemingly) kill him again. 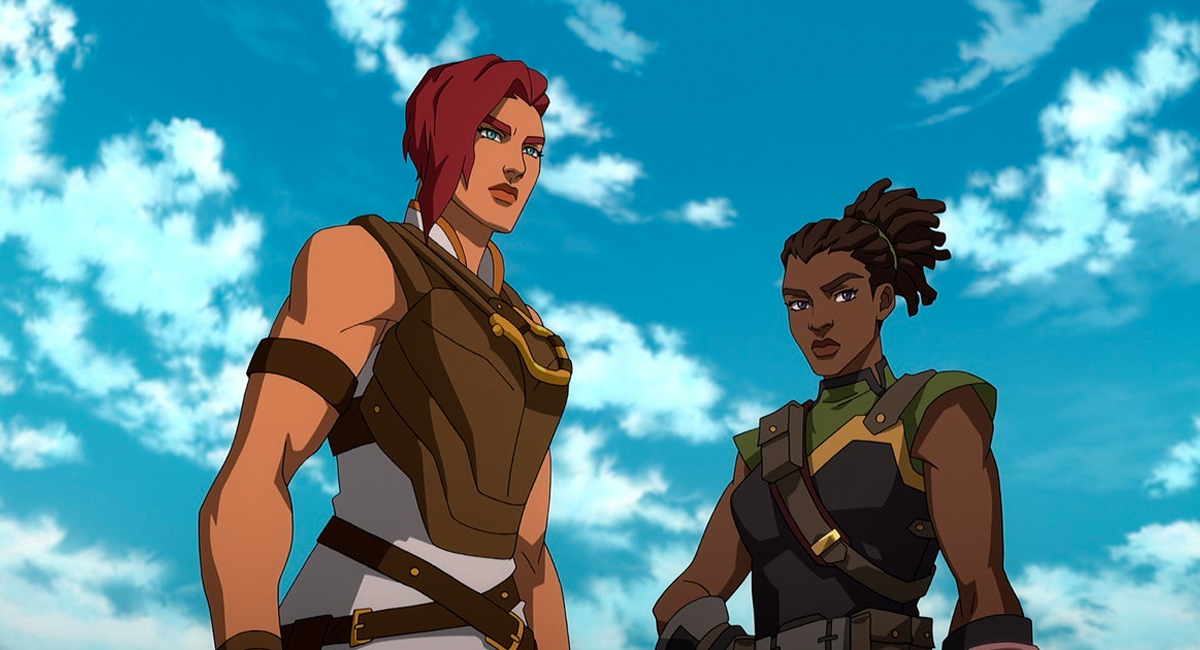 And I personally thought this was an interesting take, we’ve had decades worth of series focusses on Adam and He-Man, so a new direction (which if we’re being honest was always going to bring He-Man back) seemed like an interesting route for the story.

But after seeing Part 2, I find it hard to believe that any fan, even the most die-hard of classic Masters of the Universe fans, can’t appreciate how good of a story Part 1 and 2 are when looking at them as a completed story.

Revelation starts out with the Masters of the Universe you know and love, complete with cheesy lines of dialogue, Skeletor trying to take over Castle Grayskull, and Prince Adam secretly being the all-powerful He-Man. 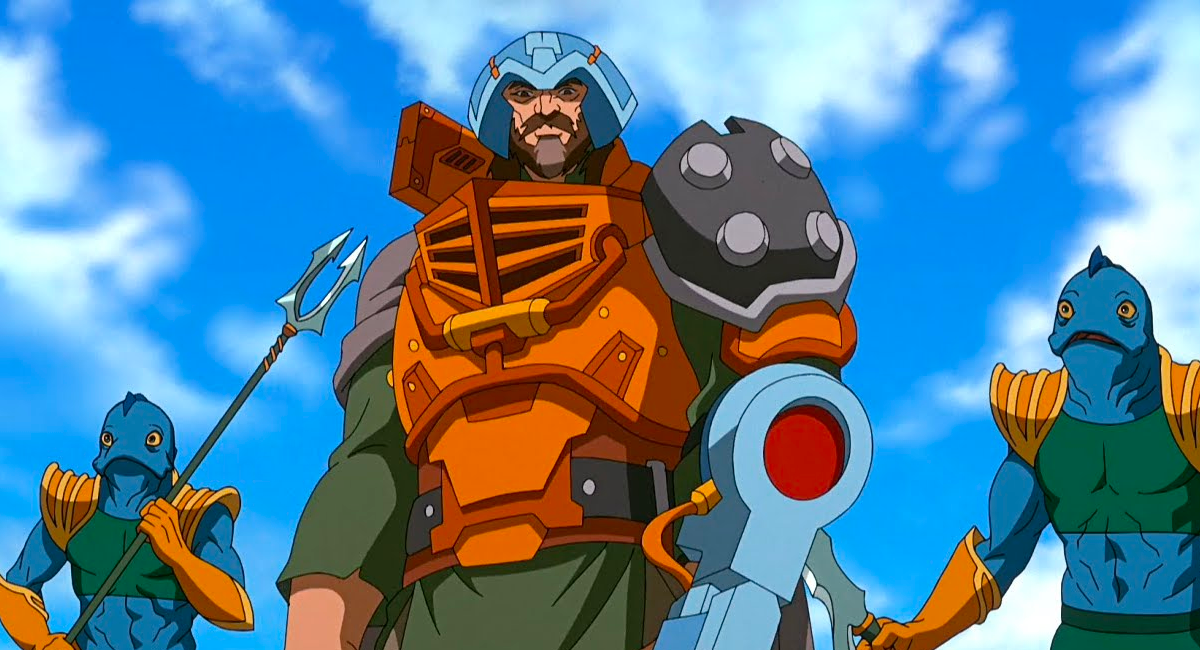 Then all of that is thrown up in the air by the end of the first episode, we get a detour from that typical Masters formula as Teela and Evil-Lyn team up for a planet crossing adventure in an effort to save Eternia.

Teela and Evil-Lyn then flourish and become who they were meant to be, with Evil-Lyn finally getting out from under Skeletor (even if she did have to nearly destroy the whole universe to get there), and Teela becoming Grayskull’s new and improved Sorceress.

And maybe most importantly to classic fans He-Man and Skeletor return to the status quo of fighting each other for the fate of Grayskull. 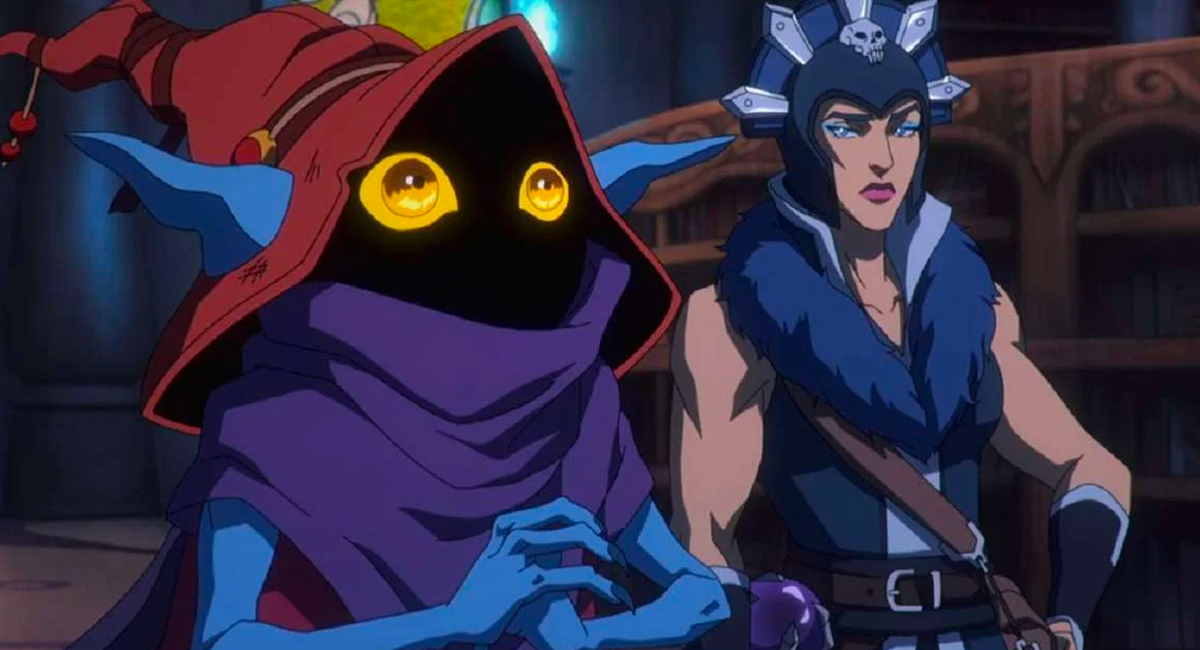 But where Masters of the Universe Revelation really shines is where I think all of the angry fans from Part 1 were just completely missing the point. Their anger came from killing He-Man and making Teela the main character – but now that the story is complete (or at least this part of it is), we can see that being angry at losing He-Man is exactly the point.

The whole show is about what He-Man means. Not just to characters like Teela, or even Eternia as a whole, but to us as well. In He-Man dying, losing the power and it going to Skeletor (and later Evil-Lyn, Beast Man, and Teela and just about anyone else who is around) we get to see exactly what makes He-Man so special.

As Man at Arms points out, it isn’t that Adam can call the Power of Grayskull to him that makes him a hero, it’s that he gives it back. 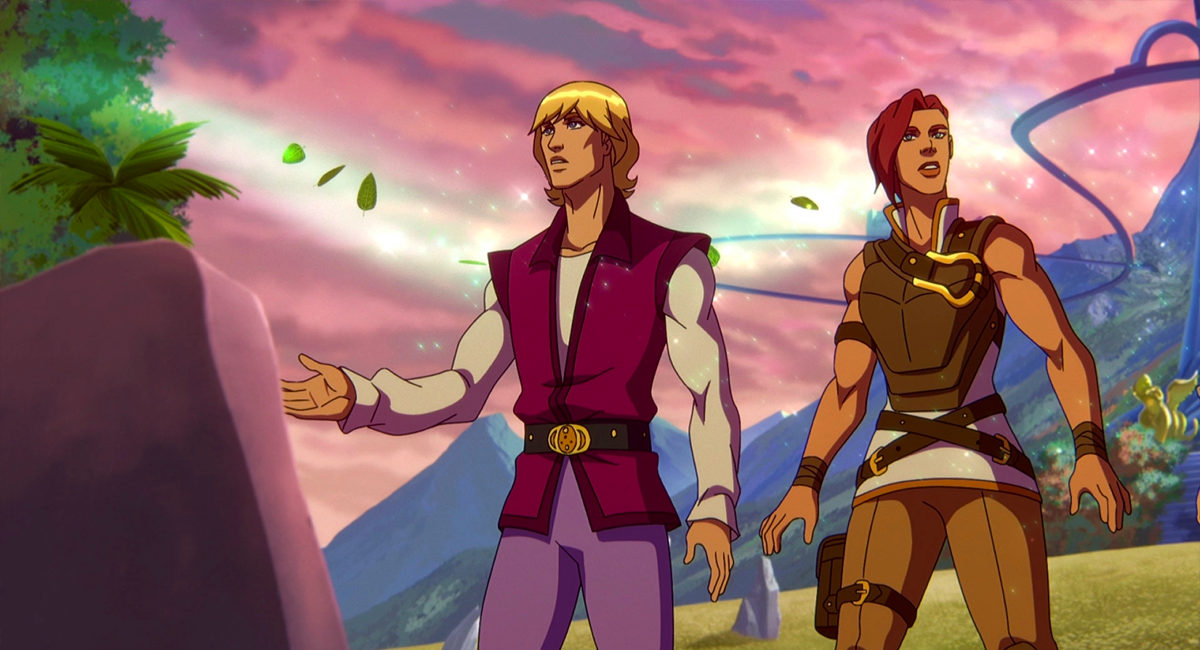 We saw in Part 1 that while in the Hall of Heroes in Preternia (Eternia’s version of Heaven) that Adam was the only hero to keep his regular Price Adam form, rather than becoming He-Man all of the time (and I mean, Prince Adam is still pretty shredded and has a six-pack… so let’s not act like there’s nothing going on there).

And so, on top of giving Teela an amazing arc that leads her into becoming the new Sorceress of Grayskull, and as well as giving Evil-Lyn some great backstory and finally getting her to push past Skeletor, the show gives us a look at the real reason Prince Adam is a hero, and why He-Man and Adam are so important to both Eternia, and our real-world Pop Culture.

The show almost winks at the camera as it transitions from He-Man’s familiar “I have the power”, through to Skeltor and Evil-Lyn saying it, and eventually Teela proclaiming that “we have the power” in the final episode. The show knows what these characters mean to fans, and what they have always represented, and does a great job at emphasising and reinforcing that. 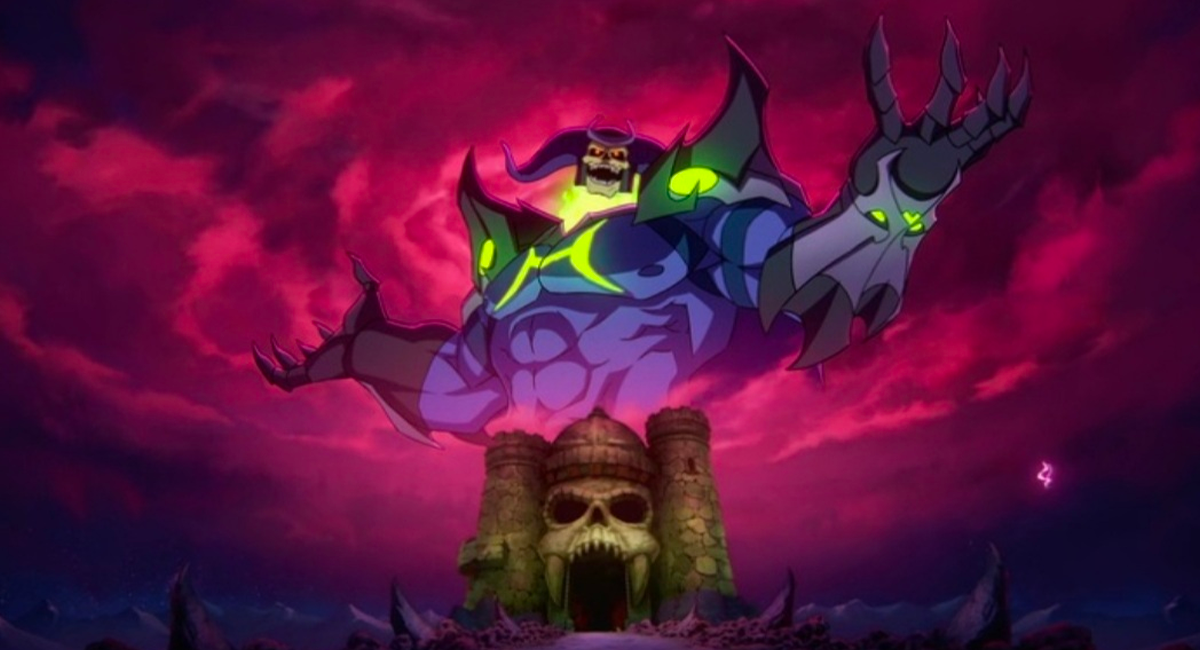 As I mentioned earlier, I understand some fans being unhappy with Part 1 – on a purely story basis that is – the acting, animation and vibe were all spot on.

But now that Parts 1 and 2 are out, and viewers can see the completed first part of Revelations, I honestly don’t know how a fan could dislike this as a modern, complete, Masters story.

It has everything a Masters of the Universe fan could dream of; Skeletor gets Grayskull and its power, Evil-Lyn becomes a genuinely engaging character and threatening villain, Teela is given an amazing arc and becomes the new Sorceress, Orko becomes an all-out magic master and saves the day, and the show as a whole gives us a pitch-perfect Prince Adam that examines what He-Man means to fans. 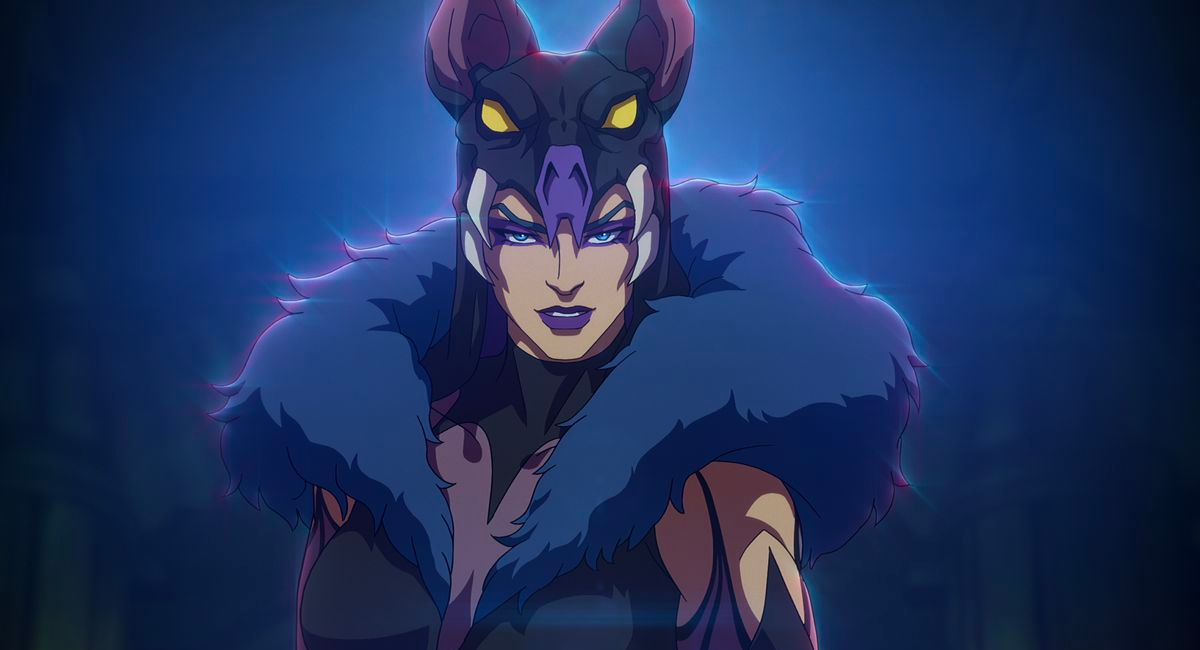 Masters of the Universe: Revelation solidly brings the franchise into the modern era, and in doing so fleshes out not just one or two characters but almost every one of them. It takes time to focus on smaller, emotional moments that often get lost in the high grandiose stakes of wearing next to nothing and battling for the Universe. And instead totals to something new, something special, and something that makes you think. Masters of the Universe: Revelation is amazing, and hopefully just the start of what this creative team can do with the franchise. 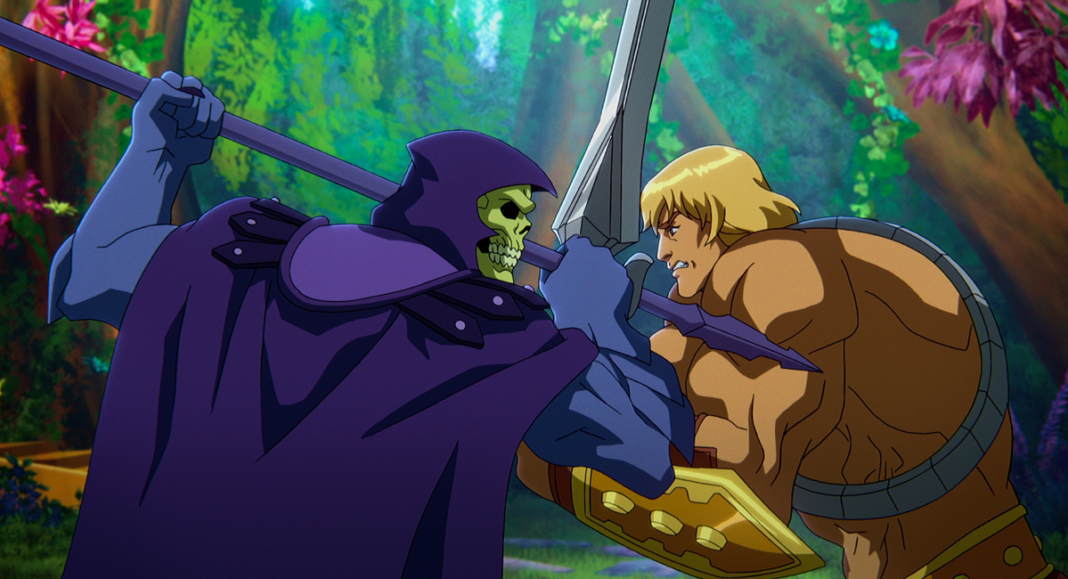