(Spoiler Alert: Our Spider-Man: No Way Home Review contains full spoilers for the movie, so read on at your own risk, and go see the movie first…)

Going back to the early days of the MCU, it seemed impossible that Marvel Studios could build separate movie franchises starring the likes of Iron Man, Thor, and Captain America into a cohesive crossover movie with Avengers. But now, a live-action movie that combines the most recent version of Spider-Man with actors from a Spider-Man movie we got almost twenty years ago seems almost commonplace. 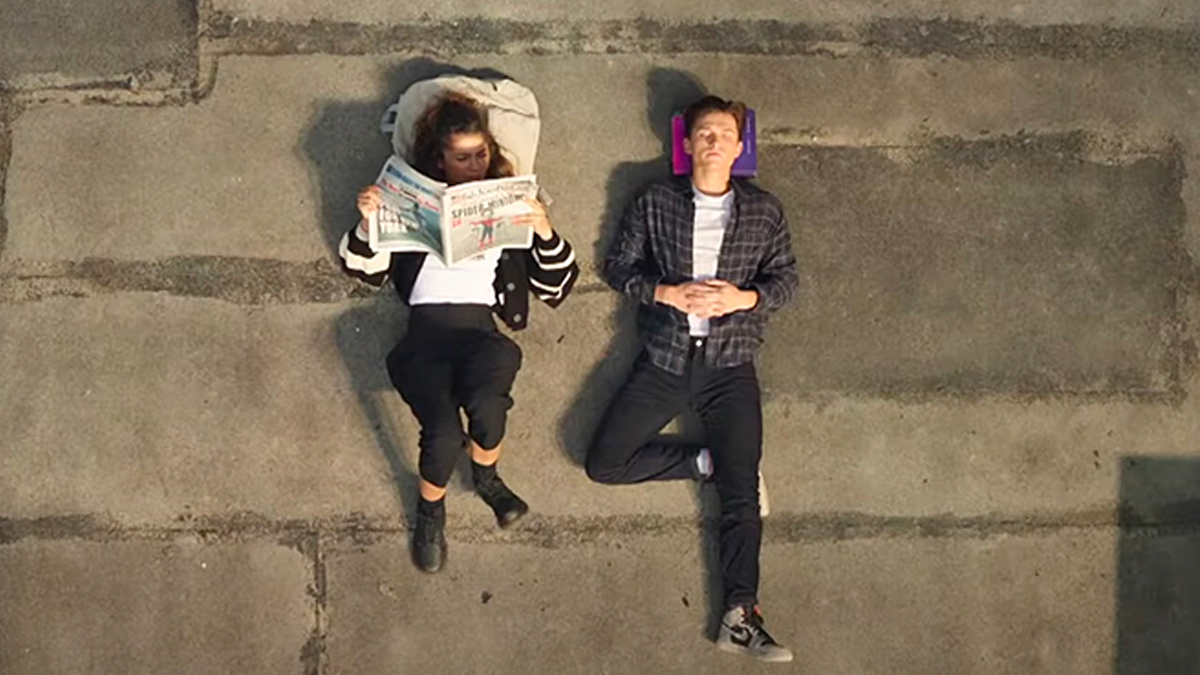 And like The Avengers and the other MCU crossovers we’ve seen since, Spider-Man: No Way Home makes it look easy. It balances the story between several heroes and villains perfectly, allowing enough time for everyone to shine, all while playing around with the multiverse, setting up what’s next, and taking the latest version of Peter Parker to deeper and darker places than ever before.

Although Marvel is known for sneaking misleading scenes into their trailers, what we expected No Way Home to be is almost exactly what it is. The movie revolves around Peter’s identity being revealed to the world and him enlisting the help of Doctor Strange, who agrees to cast a spell so that the world forgets he is Spider-Man.

But Peter confuses the spell by adding last-minute changes and wanting certain people to remember who he is. This causes reality to splinter and starts bringing people from other universes that know Peter Parker is Spider-Man to the MCU. 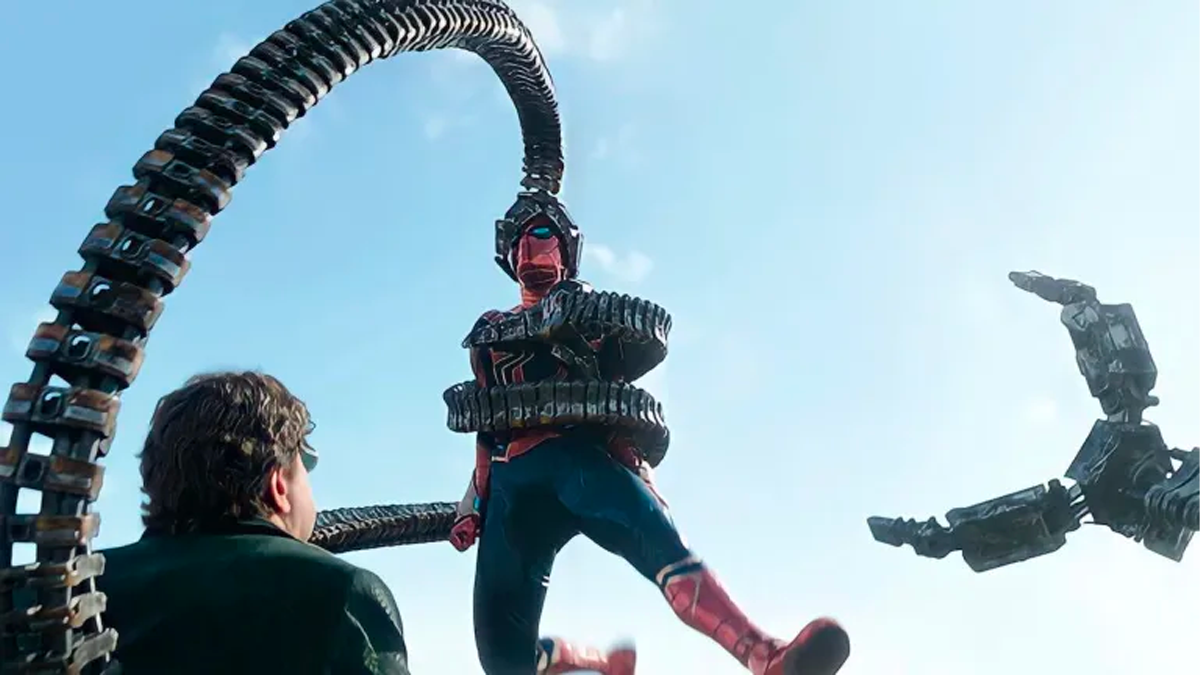 But, as Holland’s Peter is optimistic to a fault, he refuses to accept that these villains need to go back to their universe (where Doctor Strange tells them they will die). And so he decides to help them, and of course, shenanigans ensue.

Although lots of the excitement and fanfare comes from returning heroes and villains from Spider-Man’s on-screen past, I’d argue the real heart of the movie remains with the core MCU Spider-Man characters.

Along with his youthful excitement and optimism Tom Holland brings with him a heavy dose of darkness and sadness we’ve seen glimpses of in the past. The decisions he has to make both as Spider-Man and Peter Parker, along with the people he loses and the sacrifices he has to make all resonate through another outstanding performance. 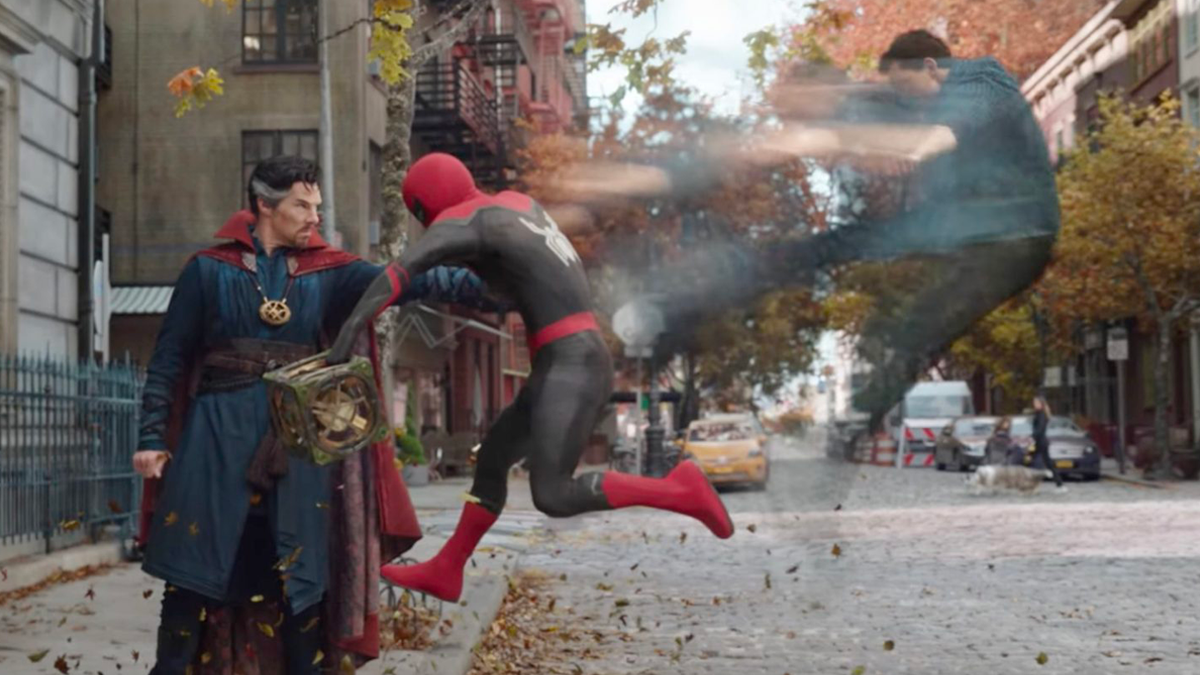 Holland’s take on Spider-Man and what he goes through in this movie is put even further under the microscope as he comes up against enemies of other Spider-Men, and his devotion to helping them shows how he differs from their versions. Ultimately what that costs him is heartbreaking but amazing to watch on screen.

Similarly, Zendaya’s MJ continues to be the perfect partner and counterpoint to Peter. In regular life, she is the jokingly dark one who likes serial killers and doesn’t get her hopes up to avoid disappointment, while Peter is hopelessly optimistic.  In this movie however the two almost switch, and as Peter faces his “with great power comes great responsibility” moment, she helps him push through and realise the hero he needs to be.

Ned is magic now. Well, he’s always been pretty magical, but he has actual magic now. Like the other two, Jacob Batalon’s Ned is pitch-perfect once again. 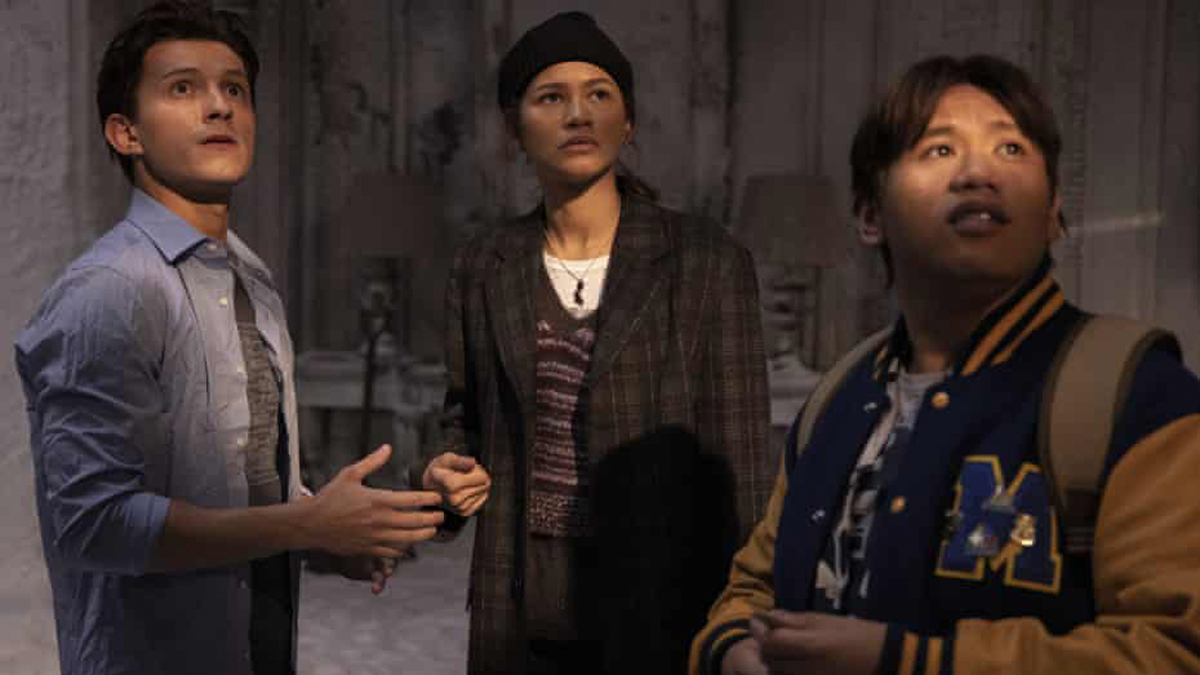 The rest of the core MCU cast is rounded out by Marisa Tomei as Aunt May, who in this move comes full circle and becomes the Tom Holland Peter Parker’s Uncle Ben (if that makes sense). There’s also Benedict Cumberbatch returning as Doctor Strange. Who is more of a friend than a mentor for Peter, willing to do something pretty irresponsible to help him (and then blaming Peter when it goes wrong).

But stealing the show early on is the retuning villains from the past two decades of live-action Spider-Man movies.

The first to cross into the MCU is Alfred Molina’s Doctor Otto Octavius, taken right before he dies in 2004’s Spider-Man 2. Molina gets a chance to switch from the villainous version of Doc. Ock back to the well-meaning wisecracking scientist he was before the arms took control, and he does it effortlessly. 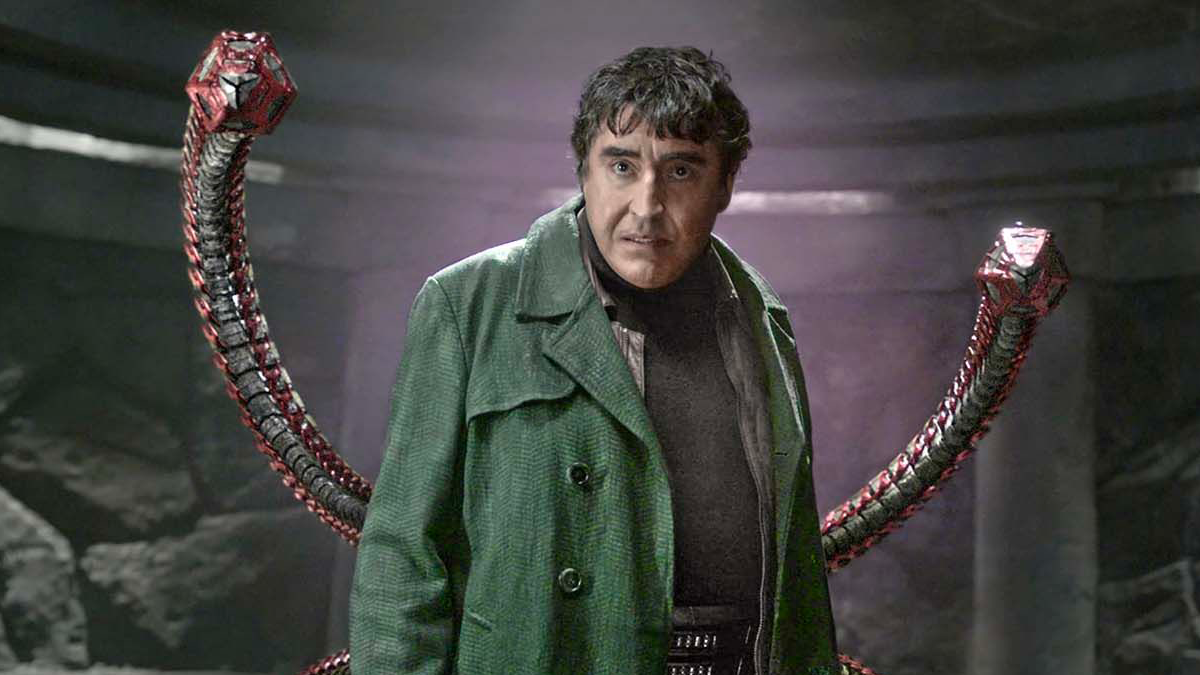 Like Doc. Ock, Willem Dafoe’s Norman Osborn and Green Goblin also goes from one side of his character to the other. The Green Goblin is the real villain of the movie, is to blame for Peter’s plans to help everyone going sideways, and for a certain murder that I can’t bring myself to type about.

Jamie Foxx’s Electro is probably the only villain to really change for No Way Home. In the Amazing Spider-Man 2, we saw him go from the very over the top nerdy Max Dillon to a physical embodiment of electricity that didn’t have too many emotions (other than anger).

In Spider-Man: No Way Home Electro is basically just Jamie Foxx, and he’s all the better for it. It’s clear Foxx is enjoying this take on the character, and with it, he manages to have some great moments of humour and emotion. 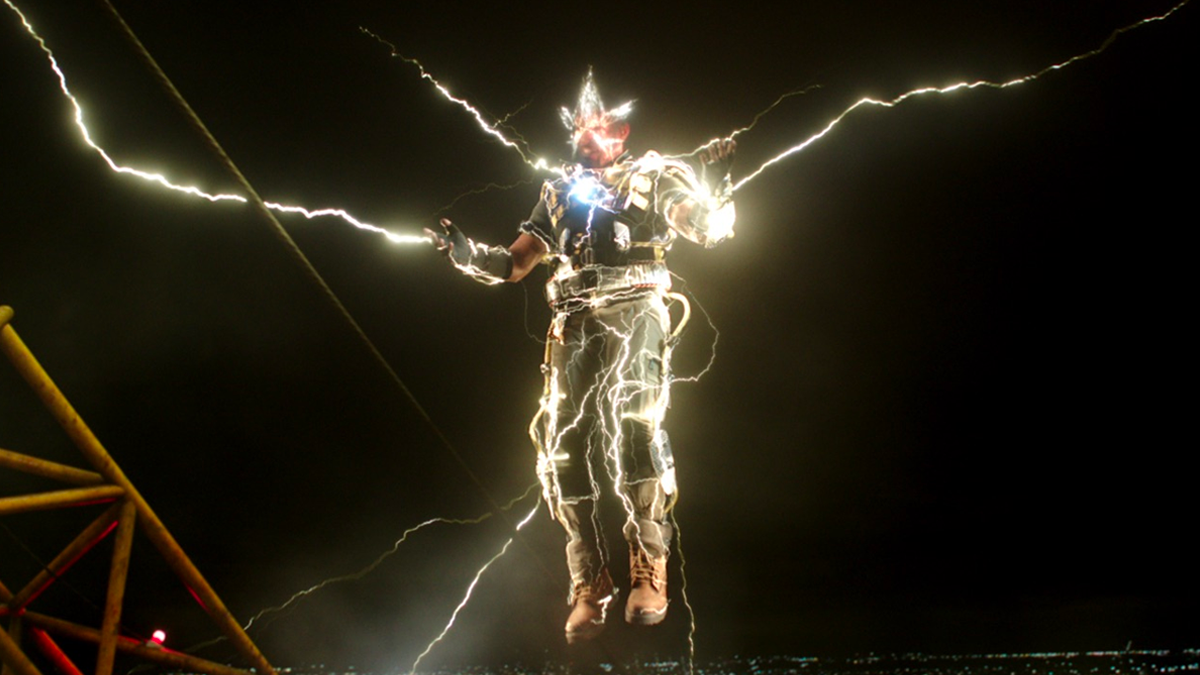 The two villains with lesser roles, although they are undeniably still present enough for the film’s story are Sandman from 2007’s Spider-Man 3, and The Lizard from 2012’s The Amazing Spider-Man.

The two are once again played by Thomas Haden Church and Rhys Ifans respectively, both of whom just like the others slip right back into their villainous shoes. The obvious reason for the two villains appearing less than the others is the CGI (and money).

But, no matter how exciting it is to see villains crossing the multiverse to fight Tom Holland, the real thing fans wanted to see was the return of our past Spider-Men: Tobey McGuire and Andrew Garfield. 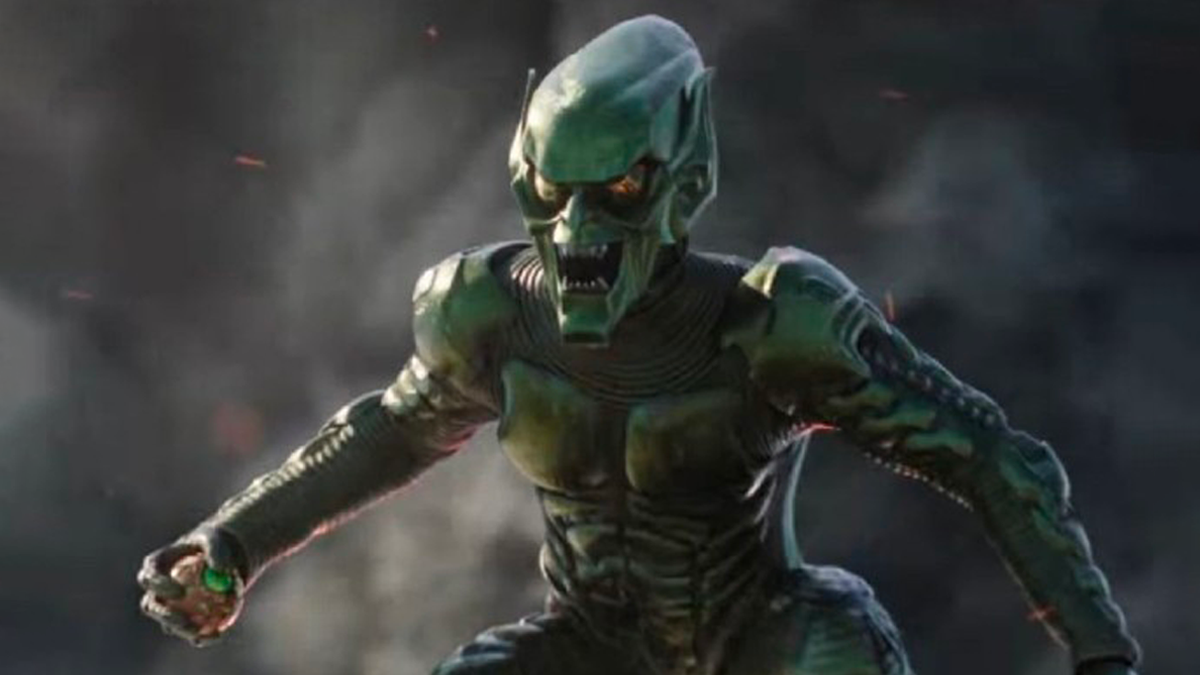 And despite everyone involved in the film denying it, the two thankfully come back to provide the perfect epilogue to their time as the web-slinger, whilst also helping push Tom Holland’s Peter into the hero he needs to be.

Tobey Maguire (who is finally in a good Spider-Man 3) brings with him that goofy and often hopeless Peter we saw in the Sam Raimi trilogy.

After fourteen years away from the role, Maguire has an older edge to him and comes with a few nods to “making things work” with MJ. His performance easily makes anyone forget about his Spider-Man 3, and remember why his first two movies changed superhero movies forever. 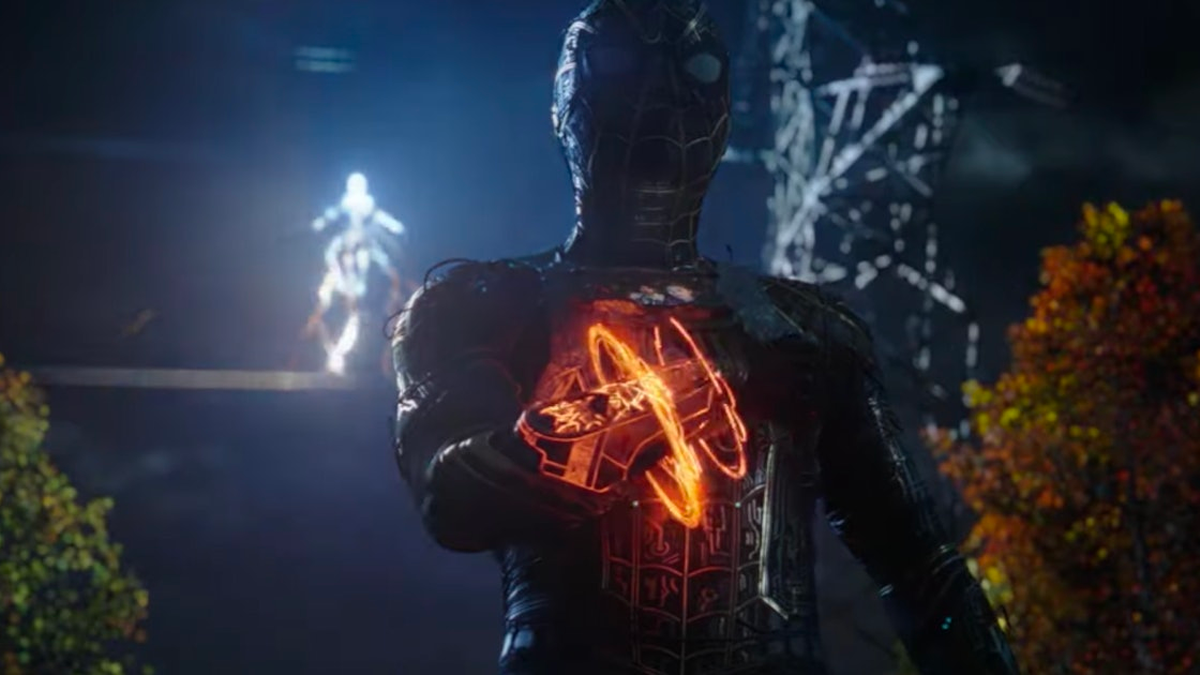 Andrew Garfield (who is finally in a Spider-Man 3) also comes with everything you’d want and expect. Like Tobey Maguire, Garfield brings an older side to Peter, saying that at one point he “stopped pulling his punches”. This version of Peter is clearly still haunted by Gwen’s death in the Amazing Spider-Man 2, and says he doesn’t have much time for “Peter Parker stuff”.

And after a great scene where Tobey tells Andrew he’s “Amazing”, Garfield saves MJ from falling (after the Green Goblin stops Holland getting to her), in a brilliant moment of redemption for the hero, finally getting to save the girlfriend of a Spider-Man, even if it’s not his own.

With the return of our previous two Spider-Men, the movie also manages to re-contextualise and legitimise both of their universes. We don’t need to argue (not that we ever did ‘need’ to do it) about who is better or why this or that doesn’t work – now both of those universes count and are intact, and just as worthwhile as the MCU version. 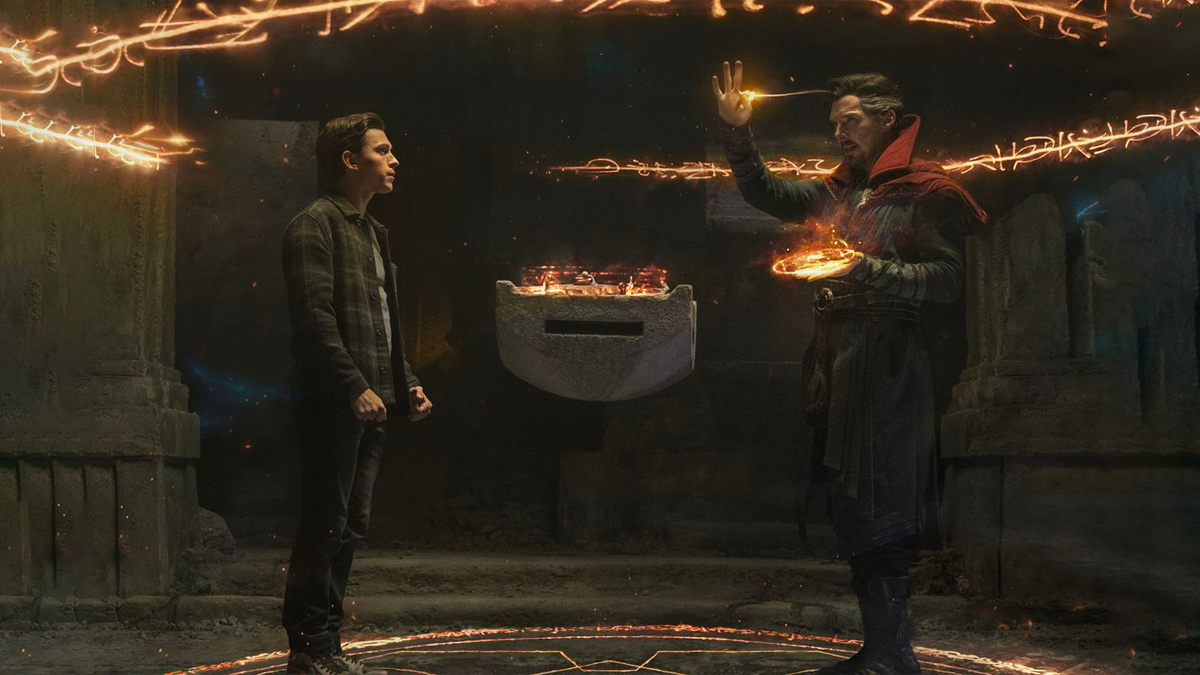 In a movie filled with huge surprises and appearances that the audience already knew about, one of the bigger twists was the movie ending on Peter’s new status quo.

Tom Holland’s Spider-Man has often been critiqued as being too linked with the MCU and in particular to Tony Stark. Both villains in his previous movies had a grudge against Stark, Tony made all of Peter’s suits, brought him along to fight in Captain America: Civil War, and the two went to space to fight Thanos. And in many ways, Tony took on the Uncle Ben role for Peter in the MCU.

But Spider-Man purists have long critiqued this as not giving the worlds favourite superhero enough space to breathe on his own. And this movie addresses all of that pretty well, and then completely upends it. 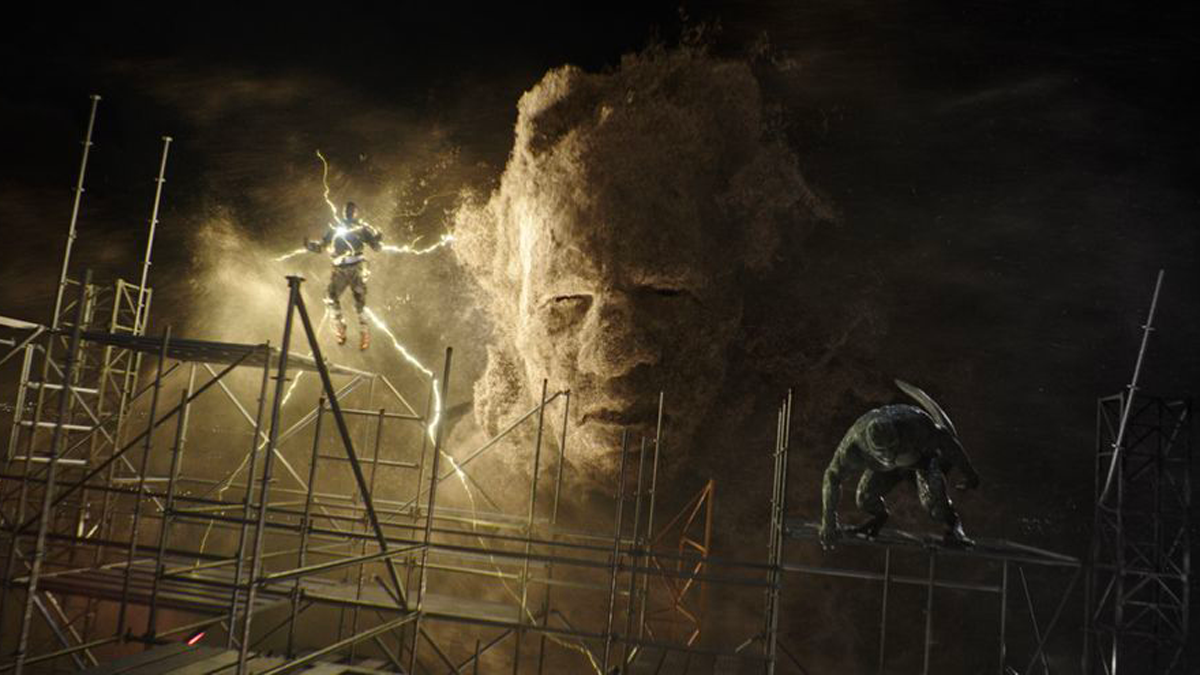 We (and the Tom Holland Peter) see two older Spider-Men who had no backing from Tony Stark and his billions and it emphasises how different Holland’s Peter is. But after Strange successfully casts the spell, everyone goes back to their universes, and no one remembers Peter Parker.

He lives in a small, rubbish looking apartment (complete with a landlord immediately demanding rent – Tobey’s Peter would be proud), goes back to making his own suit by hand, with no fancy AI inside it, and is now ready be the friendly neighbourhood Spider-Man he needed to be.

The slate is cleaned for the next set of Spider-Man movies, he is now ready to go out as a Spider-Man with no allies, the public constantly flip-flopping on whether he’s a hero or a menace, and perhaps most importantly will once again have to dance between his family and superhero lives. 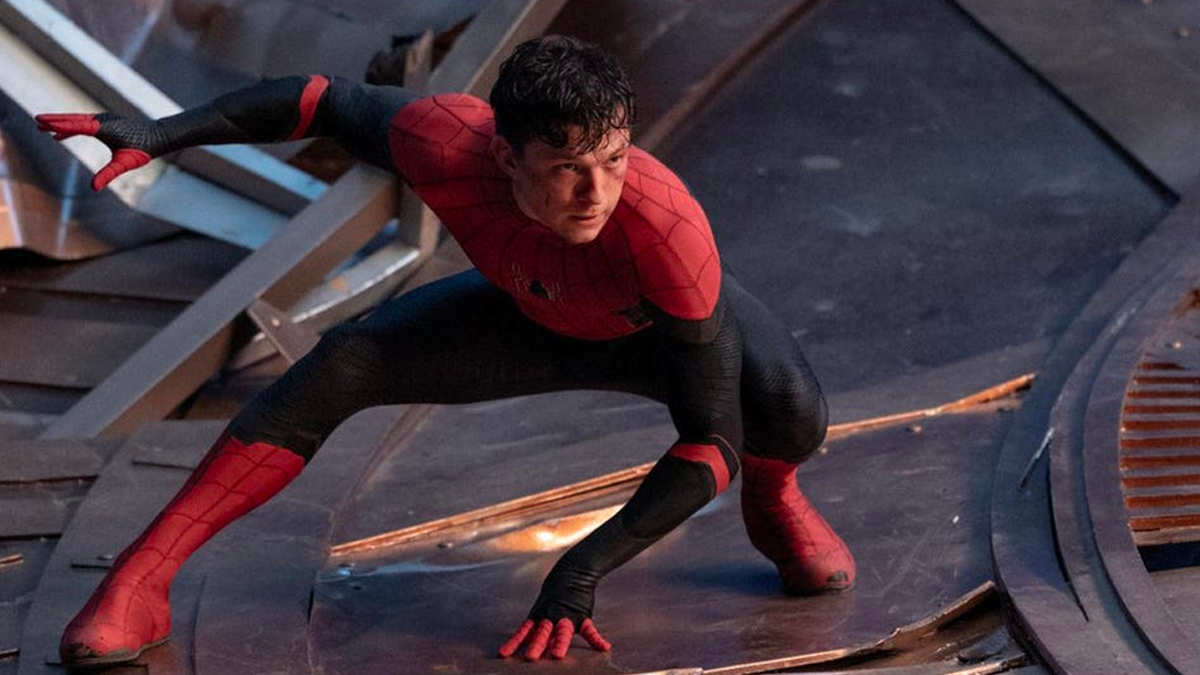 Spider-Man: No Way Home totals to a cinematic event unlike any other. Yes, it’s not as huge of a crossover as Avengers Infinity War and Endgame were, but those franchises were all building to that crossover. Spider-Man: No Way Home managed to bring together past iterations of Spider-Man and his villains have them interact and makes sense, all while staying true to each respective version. It did all this while also making a great movie, full of twists, turns, emotion, action, fan service, and setting up the future. And it made all of that, which sounds impossible, look easy. 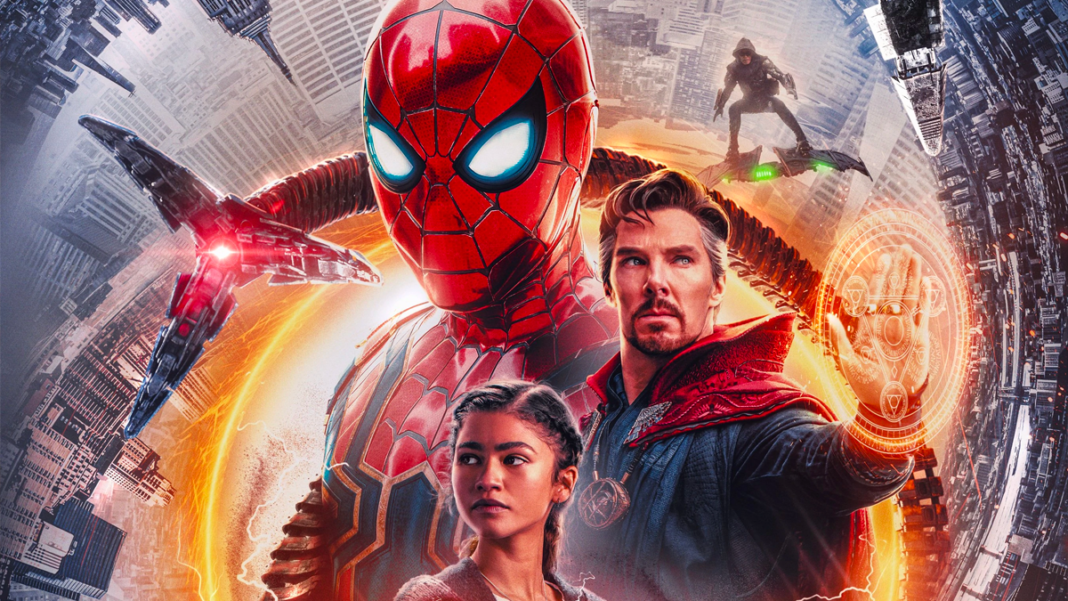