As one of the most popular superheroes of all time (if not ‘the’ most popular) Spider-Man has starred in countless comic books, movies, cartoons and video games for decades. The latest addition to this ever-growing franchise is Marvel’s Spider-Man, a PlayStation exclusive created by Insomniac Games, which offers a wholly new take on Spider-Man and his world, some awesome gameplay and easily totals to one of the greatest superhero games ever made. 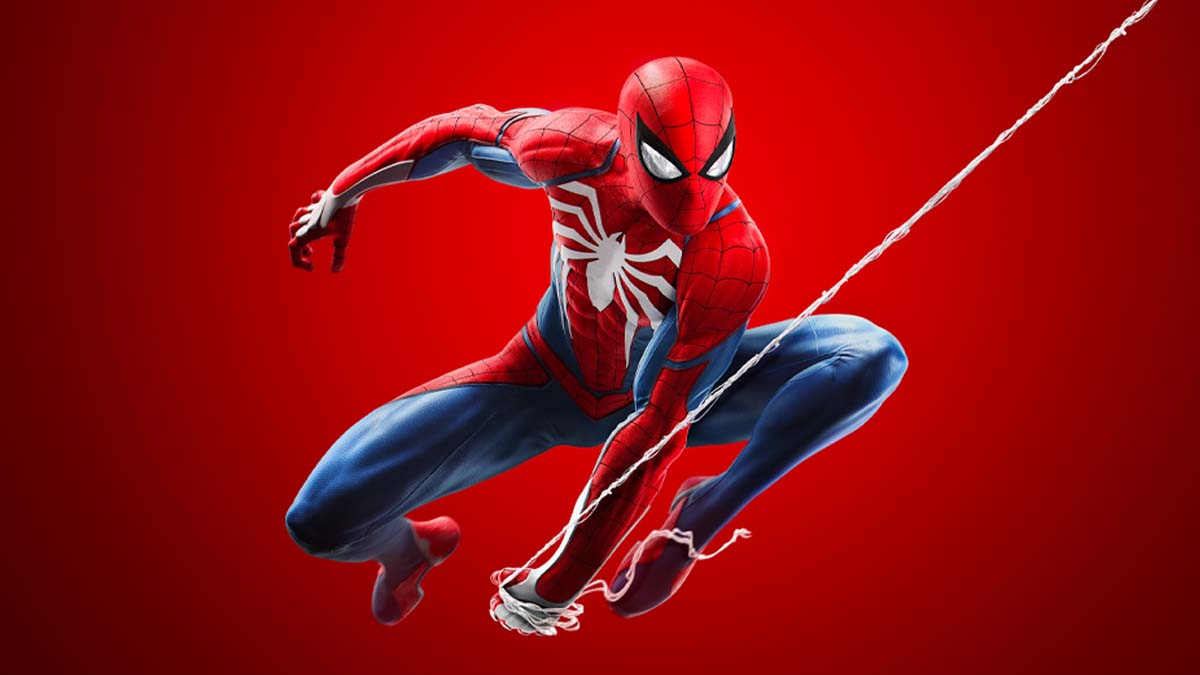 The best place to start with Marvel’s Spider-Man is the world it delivers, which does a great job of blending a version of the web-slinger that we all know and love, with a totally new and very interesting take. The first hint at it being something new is that we’re playing as an older Spider-Man, one a good eight years into his superhero career.

Spider-Man is well acquainted with villains like Rhino, Shocker, and Kingpin, Peter and MJ have already gotten together (and broken up) and Uncle Ben is long gone, but characters like Otto Octavius and Norman Osborn are yet to become their villainous alter egos and similarly, Miles Morales is still just a regular kid (for now).

And so this Spider-Man manages to give you a version of the Marvel Universe, specifically Spider-Man’s part of it, with just enough tweaks and differences to keep it engaging, whilst also being familiar enough for most fans. 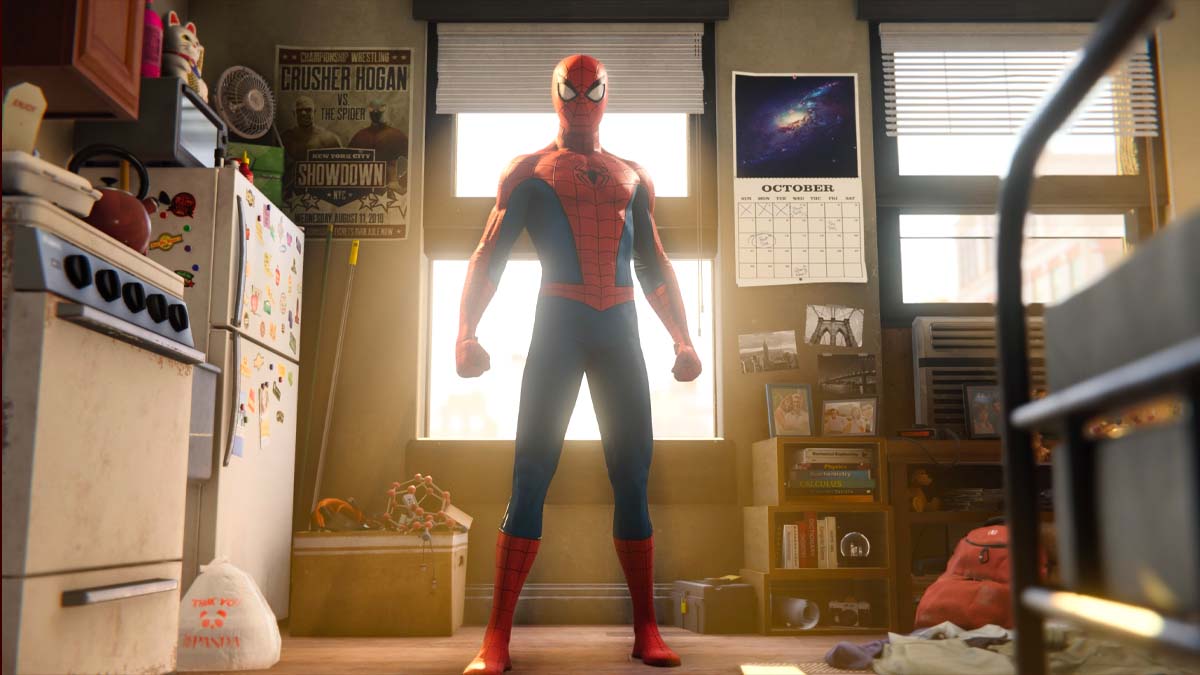 The actual storyline follows Spider-Man fighting off a new crime gang known as the ‘Demons’ who have jumped in to try and fill the power vacuum created after Wilson Fisk’s arrest (a sequence that serves as the games introduction/tutorial).

As the game progresses Spider-Man investigates the Demons whilst trying to mitigate the impact of a now-absent Fisk, along with fixing his relationship with MJ, keep his secrets from Aunt May, work for Otto Octavius and help the city as much as possible. It totals to not just a great Peter Parker/Spider-Man story, but a truly impressive look at Spider-Man’s world and his supporting cast.

In terms of gameplay Insomniac’s Spider-Man refines and perfects what a Spider-Man video game should be. The combat is quick, responsive, and varied with lots of moves, styles, suit powers, and gadgets. All of which adds up to a huge number of ways to play, and pack in more than enough variety for everyone to find a type of Spider-Man that suits them. 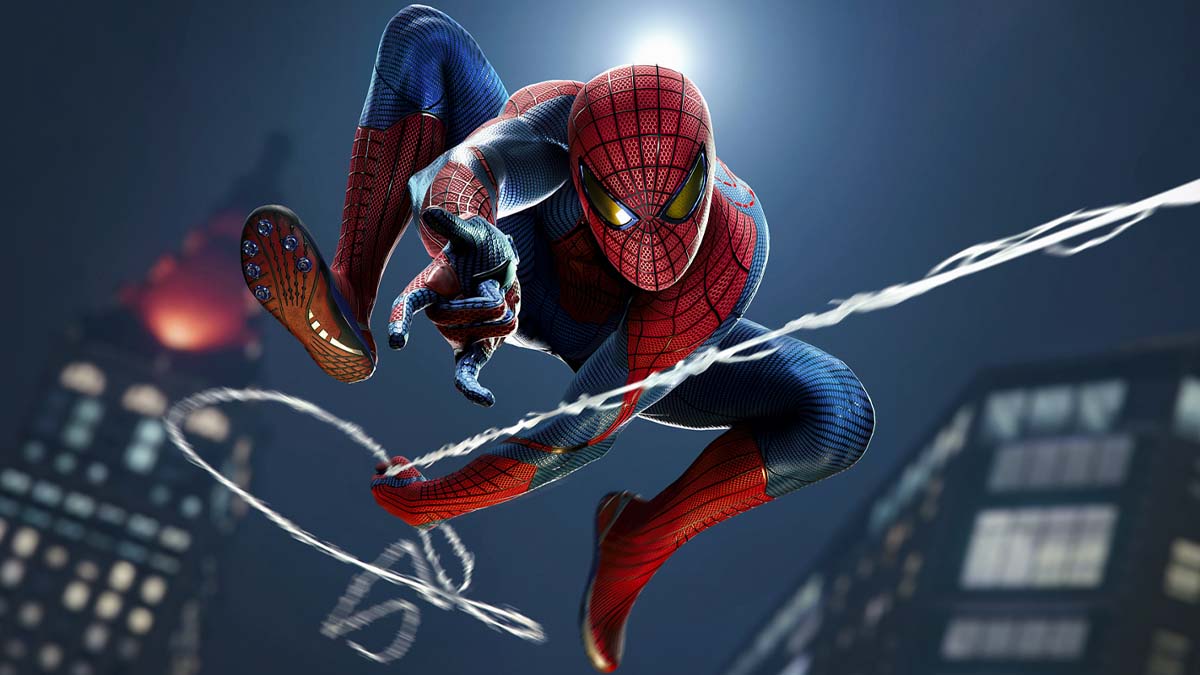 The counter system is quick and clever, launching into a quick flash of slow motion when hit at the right time to dodge out of the way, and when levelled up even has Spider-Man quickly firing some webs at the face of the bad guy he’s just dodged.

But what really makes or breaks a Spider-Man game is always going to come down to one thing; how he moves. And without a doubt, this game gets it just right. Through a combination of regular swinging, which you break off at the apex of each swing by hitting ‘x’, quick webs, which act as a fast zip line, all kinds of flips and tricks, wall running, and diving from a swing to build up some speed, it all feels so natural, intuitive, and most importantly ‘Spider-Man’.

Adding to that interesting story and fun, rewarding, and satisfying control system is an open world that mages to nail every aspect, succeeding where many games fail in that balance of too little versus too much. 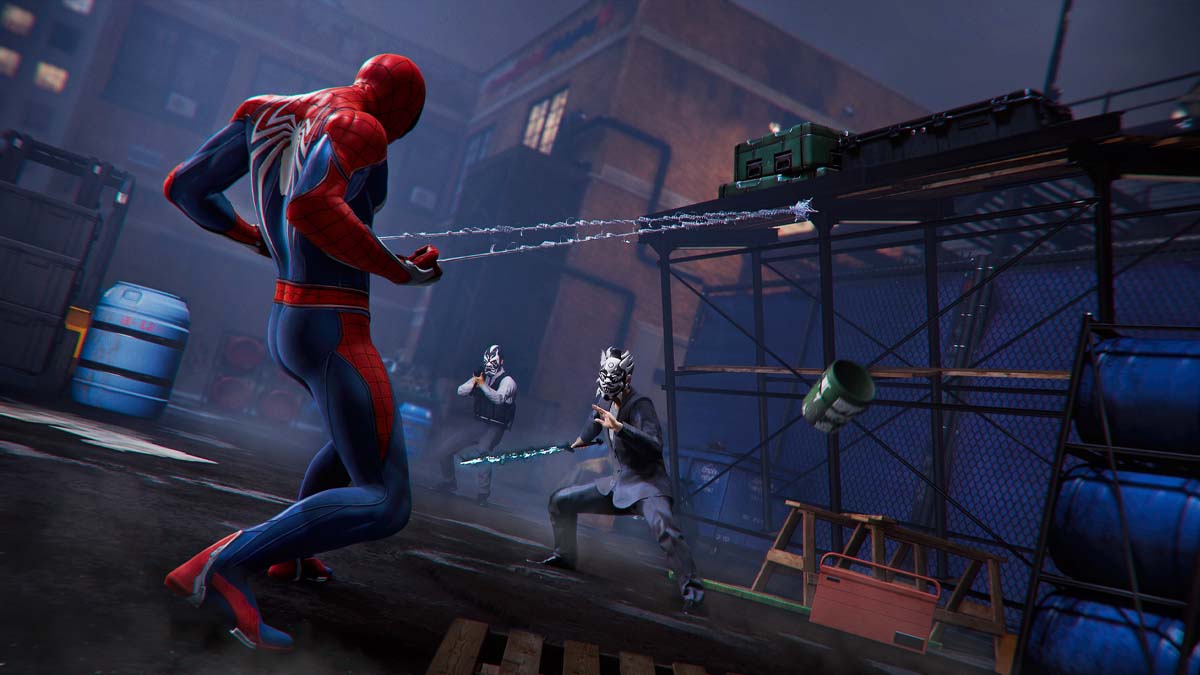 Much of the early story missions sequentially unlock a series of other side missions and collectables for Spider-Man to work on throughout the city. With the pacing so well thought out you are never given too much at once, but never too little, with a steady stream of new activities coming in when you need them, but never too overwhelming.

And if at times it is a little much, that just adds to the immersion of the game, showing a key part of the Spider-Man story, how Peter constantly struggles with being a hero, lying to those around him, and balance.

Early on Peter decides to start taking some photos of the cities’ biggest landmarks, which means tracking down a number of fictional and real-world locations to grab the perfect shot. 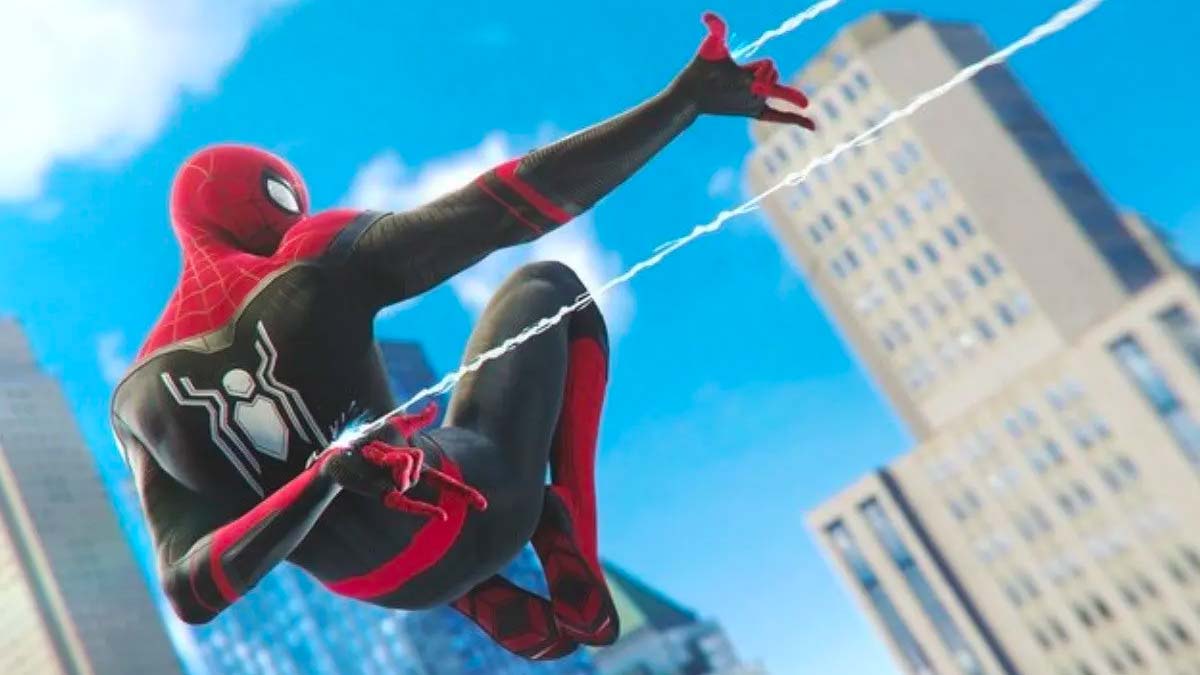 Similarly, Spidey finds an old backpack with some costume parts in it, deciding to then find any others lying around New York, there are security comms towers to activate, Oscorp research facilities to work on (for Harry whilst he’s away in Europe), Black Cat shows up leaving clues to her crimes all over the city (which will continue into the games first DLC), there are Fisk ‘construction sites’ which act as fronts for his various schemes that play out as big wave-based combat challenges, Daily bugles to collect, Pigeons to catch, and Demon warehouses to take down.

On top of all of those, there are various ‘Crimes in Progress’ to help with throughout the city. These crimes randomly generate as Spider-Man works his way around N/ew York, which means Spidey has to stop car chases, break-ins, store robberies, hit and runs, and help citizens out of car accidents, kidnappings and hostage situations – seriously New York sounds like a terrible place to live.

It sounds like a lot, and it is, but there is something so smooth, simple, and organic to the way it all fits together that means everything just works. Looking at the map you rarely get that overwhelming sense of too many things to find and do, that so many other open-world games suffer from.

Speaking to that pitch-perfect flow and complexity, what may at first seem like a series of one-off events in the various crimes in progress have much bigger implications. Firstly if you break up a store robbery (or similar crime) some of the bad guys can escape and it turns into an on foot or even car chase.

This connecting of two different types of Crimes in Progress makes this world feel so much more alive and detailed than your regular ‘go here and do this’ open-world game.

Secondly, and perhaps even more impressive, is how the city reacts to what you do. Namely with these Crimes in Progress, which are given to the player via an intercepted police scanner, whilst swinging through the city – this means you can choose to head to the map point and help or you can ignore it and keep going with whatever it was you were on your way to. 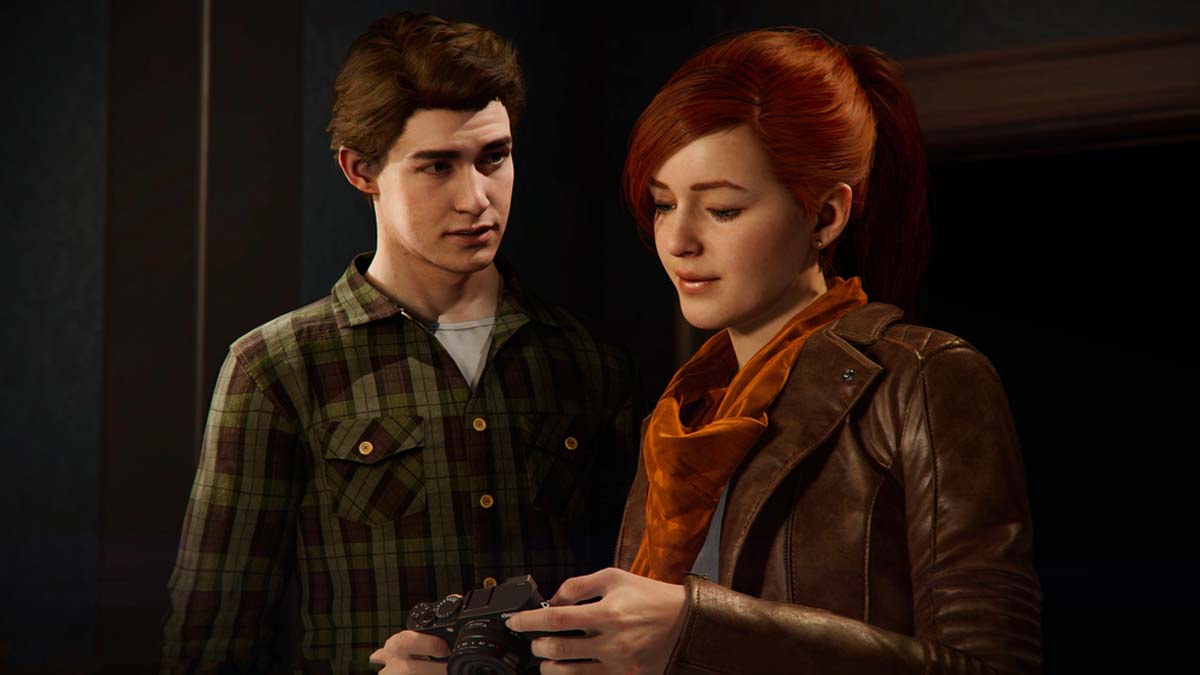 When you successfully complete a mission Jonah Jameson’s radio show (having been fired from the Bugle) invariably gets callers describing how you dealt with the crime in progress. At first, it seems like it’s a somewhat generic Jameson hates Spider-Man and everyone else loves him sort of thing.

But one time I swung by a car chase whilst on my way to another mission and decided to ignore it, shortly afterwards Jameson got a call with someone saying they saw Spider-Man near a car chase but he didn’t help.

It’s small and intricate details like this that really add an extra level of immersion to the game and its world. 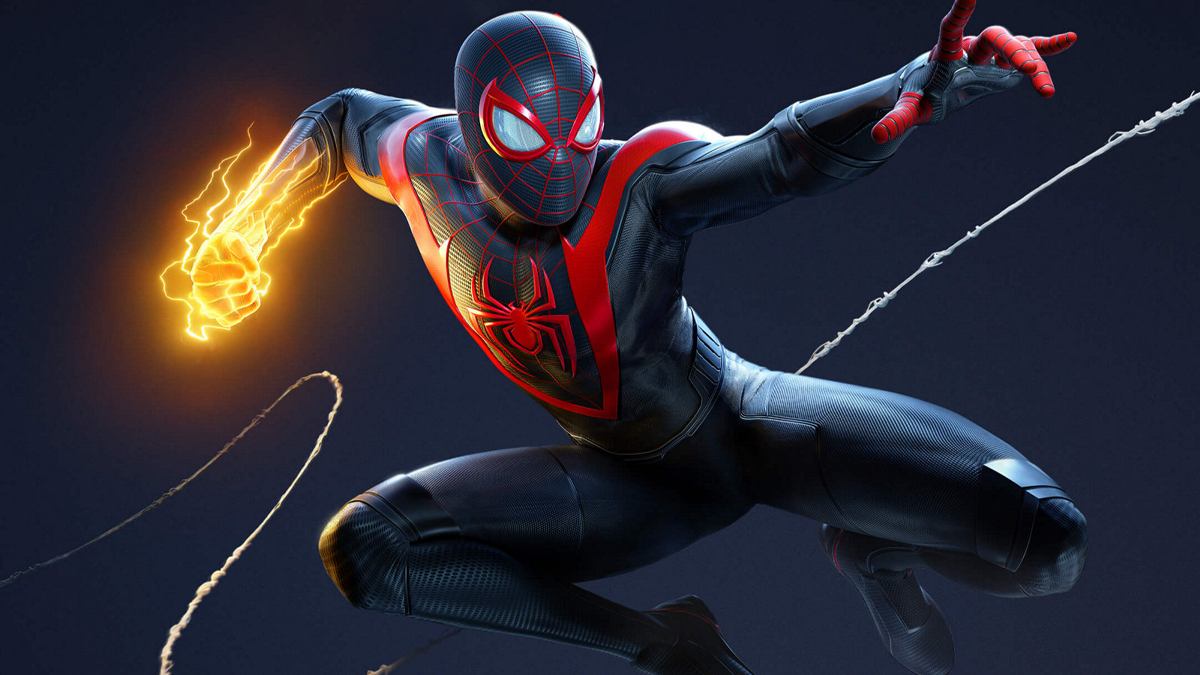 With Insomniac themselves admitting that they were in part inspired by Rocksteady’s Arkham games, and the fact that the first Arkham Asylum (and its sequel Arkham City) truly changed and redefined the superhero video game genre it would be hard to not at least mention the Arkham games in comparison to Spider-Man.

I think the best way to put it is that everything Rocksteady and Arkham Asylum did for superhero games in terms of pitch-perfect gameplay, and a truly incredible interpretation of its lead character and their world in 2009, Insomniac has managed to do again with 2018’s Spider-Man.

Creating an even vaster, busier, and fully populated world (something even the latest Arkham Knight didn’t manage). The game adds up to a truly incredible game more than worthy of being discussed as in the same leagues as the first two Arkham games.

Marvel’s Spider-Man is easily one of the best open-world games there is, ‘the’ best Spider-Man video game, and definitely a contender for best superhero game of all time. There are few other ways to explain how amazing the game is, and with its great and intuitive gameplay, in-depth look at Spider-Man and his world, and a wholly new and intriguing story, it does exactly what you want a Spider-Man game to do; makes you Spider-Man in absolutely every way imaginable. 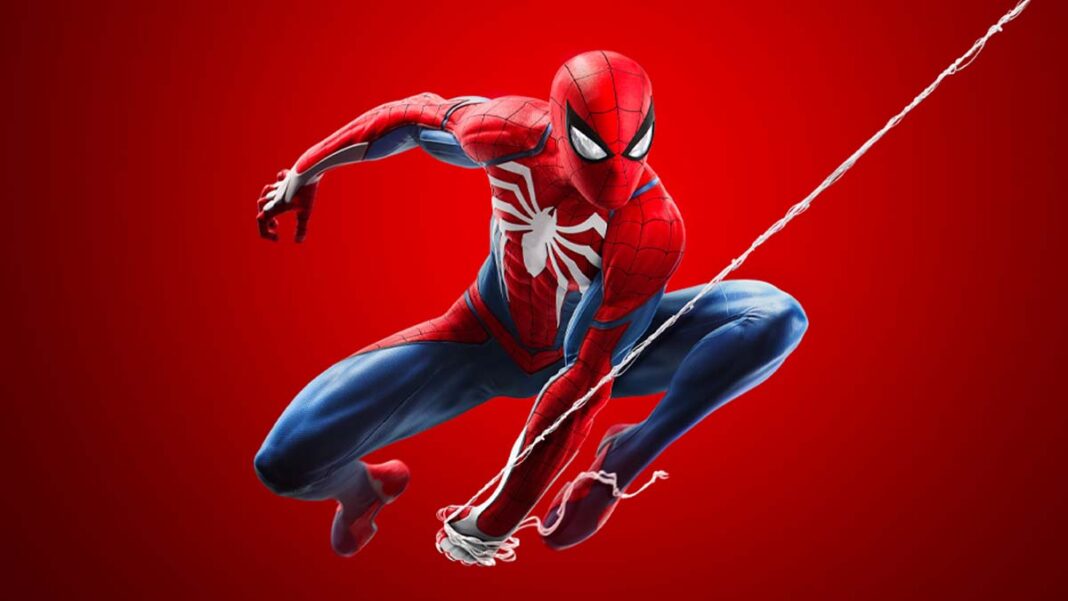