The latest incarnation of Tom Clancy’s Jack Ryan gives fans the first-ever tv series based on the character, allowing for a much more considered look at Ryan, his surrounding cast, his work for the CIA, and his troubled past. And thanks to this extra time, and some great performances Jack Ryan Season 1 rounds out to the best adaptation yet, one that undeniably takes a number of departures from the original source material, but does so in a way that manages to be a pretty honest reimagining overall. 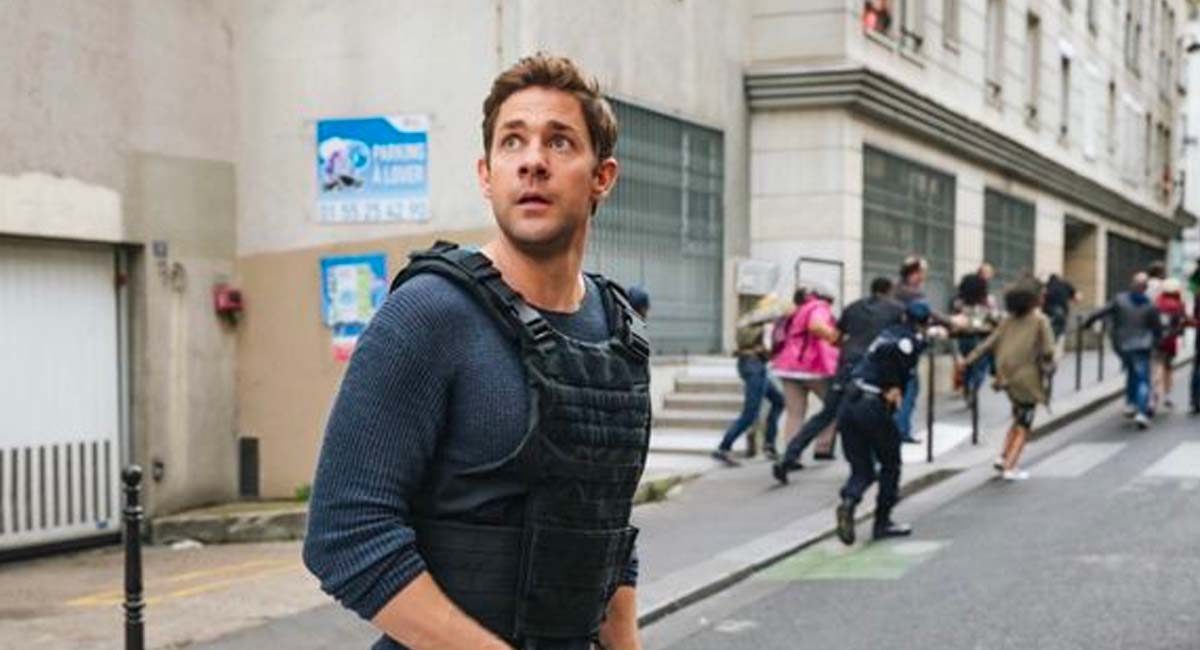 As Tom Clancy’s most popular character (and the epicentre of his ‘Ryanverse’), Jack Ryan is the genius level, injured Marine turned CIA Analyst who is forced out onto the field time and again.

Since his debut in 1984’s The Hunt for Red October Ryan has made a name for himself as a key part of the spy genre for decades, having starred in numerous books, and multiple movies, being portrayed by the likes of Alec Baldwin, Harrison Ford, Ben Affleck, and Chris Pine.

With such iconic actors taking on the role in the past it was never going to be easy for anyone else to become Jack Ryan, and yet John Krasinski (who has proven himself as an action star numerous times since The Office), manages to combine an action hero style with his undeniable everyman-ness (or ‘Jim-ness’), totalling to a great modern take on Ryan. 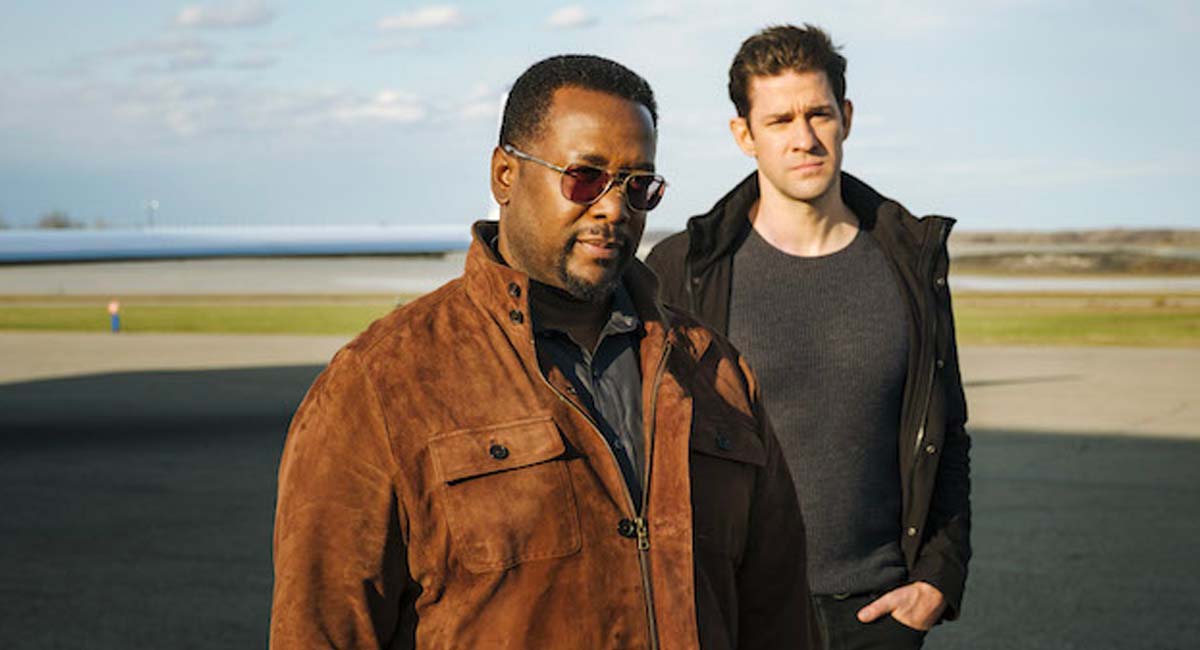 Krasinski’s Ryan blends the dark and tortured past of his military days, with his never-ending sense of morality and doing what’s right perfectly. This adds up to a performance that gives you some clear insight into what sort of Captain America Krasinksi would have been (as he was apparently one of the main contenders alongside Chris Evans).

But other than Jack there aren’t too many other Ryanverse characters in Jack Ryan Season 1, with the only others of note being Wendell Pierce as James Greer and Abbie Cornish as Cathy Mueller.

Pierce’s Greer is a somewhat disgraced former station chief who is sent back to CIA headquarters as a punishment for his actions in Karachi, forced to take over T-FAD (and become Ryan’s boss). 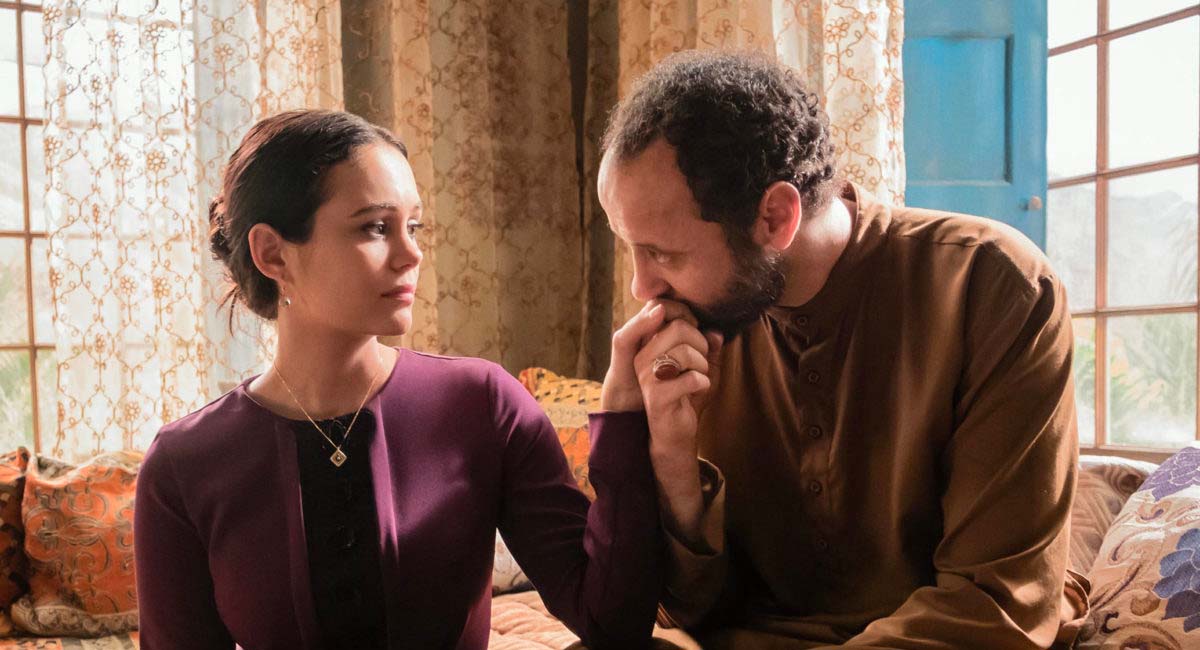 Pierce as Greer provides a worthy follow up to James Earl Jones’ take on the role in the earlier films (The Hunt for Red October, Patriot Games, and Clear and Present Danger), with significantly more action and a key role in butting heads with Ryan at first.

Abbie Cornish as Cathy Mueller takes even more of a departure from the source material, but again keeps the spirit of the original.

Where in the books, and past films, Cathy was a surgeon and later professor, here she is still a doctor but works in bioresearch, looking at rare diseases and seemingly working on containing outbreaks of contagions like ebola. Cathy’s own storyline interweaves much more with Jacks than we’ve seen before, rounding her out as her own character rather than a simple love interest. 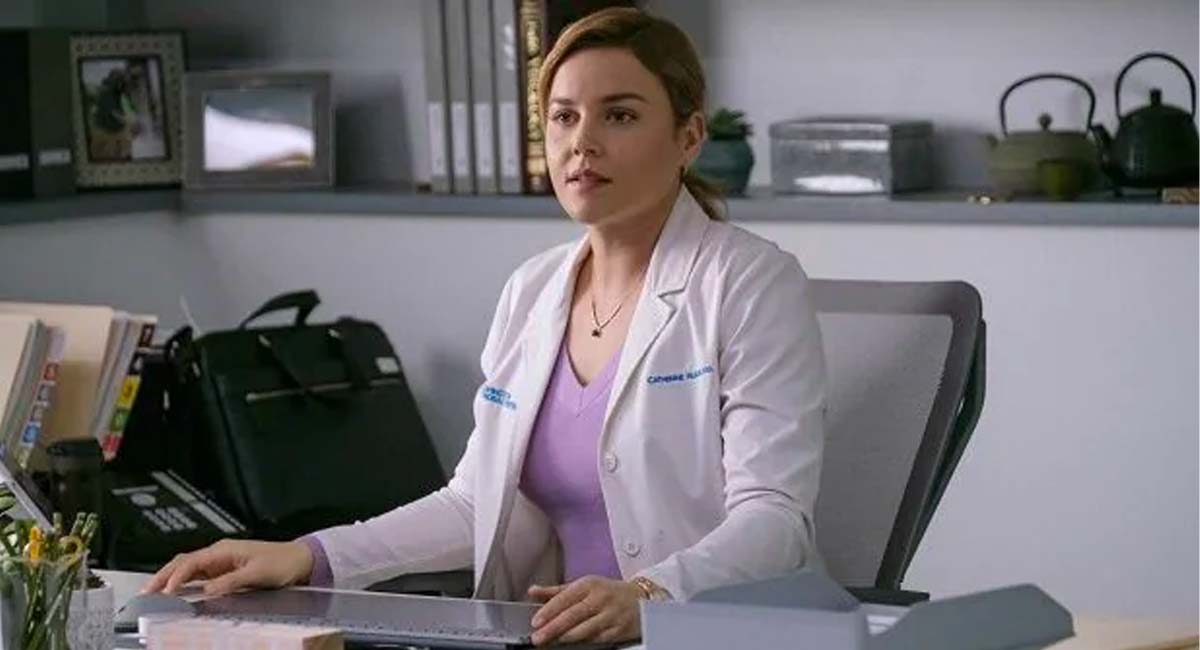 Much like the last time we saw Ryan in 2014’s Jack Ryan: Shadow Recruit (starring Chris Pine) the 2018 Prime series isn’t based on any pre-existing Ryanverse story, rooting itself firmly in the modern-day real world.

And as you’d expect from a modern-day spy story, it pits Jack against the threats of religious extremism and terrorism.

Although there’s no denying the US-centric nature of Jack Ryan (something Krasinki’s 13 Hours: The Secret Soldiers of Benghazi was also critiqued for), this is undeniably the best place for a very ‘America is here to save the world’ vibe. And, being honest, without at least a very slight ‘America is the best’ lens on a Jack Ryan story, it probably wouldn’t feel right. 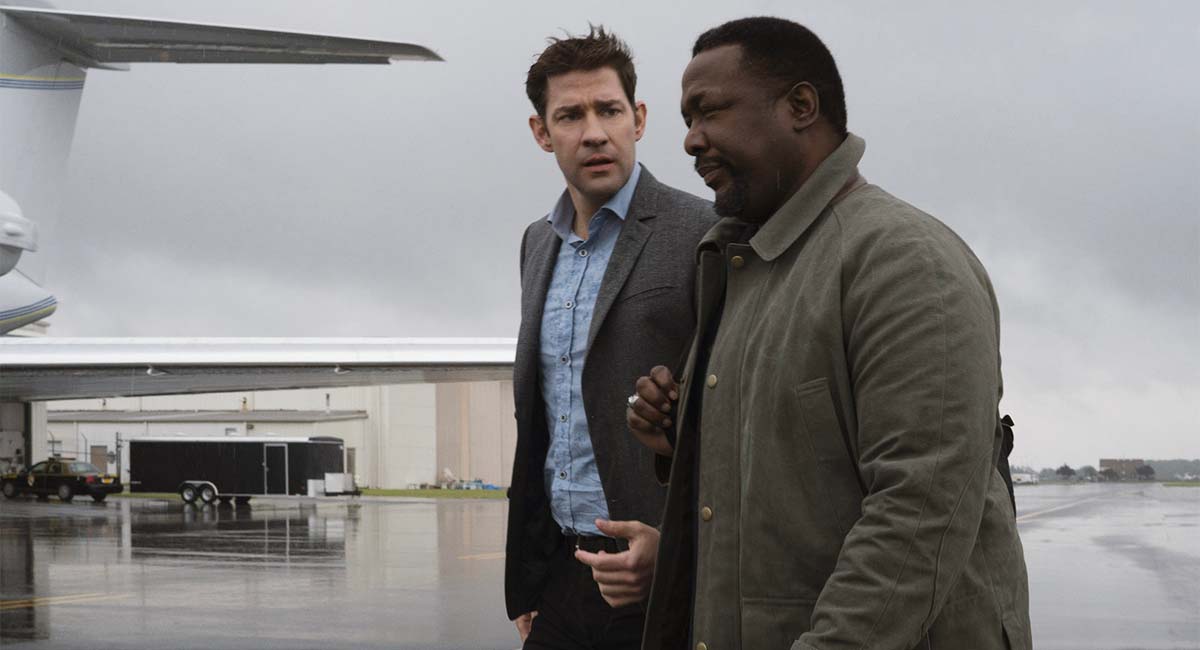 The new show manages to avoid many of the tropes we often see in spy movies and tv shows, with US agents running all over the world chasing and shooting almost anyone with minimal international ramifications – or just a vague allusion to “we can’t piss off this government – we’ll start an international incident” and yet they still do absolutely anything they want to.

Here we see Jack and Greer having to take orders from the ranking French agents whilst in Paris (where she explicitly names them as “guests” in her country) and even being forced to work with a known human smuggler and sex trafficker, which causes some huge problems for Jack’s moral compass.

One of the most interesting parts of the show is that it really shows Jack as an analyst. Where past movies have done so for the opening twenty minutes, getting him on a mission and into the action as soon as possible, the new show has Ryan heading back to CIA headquarters at the end of almost every episode, working on the case and trying to live a normal life around his job and injuries. 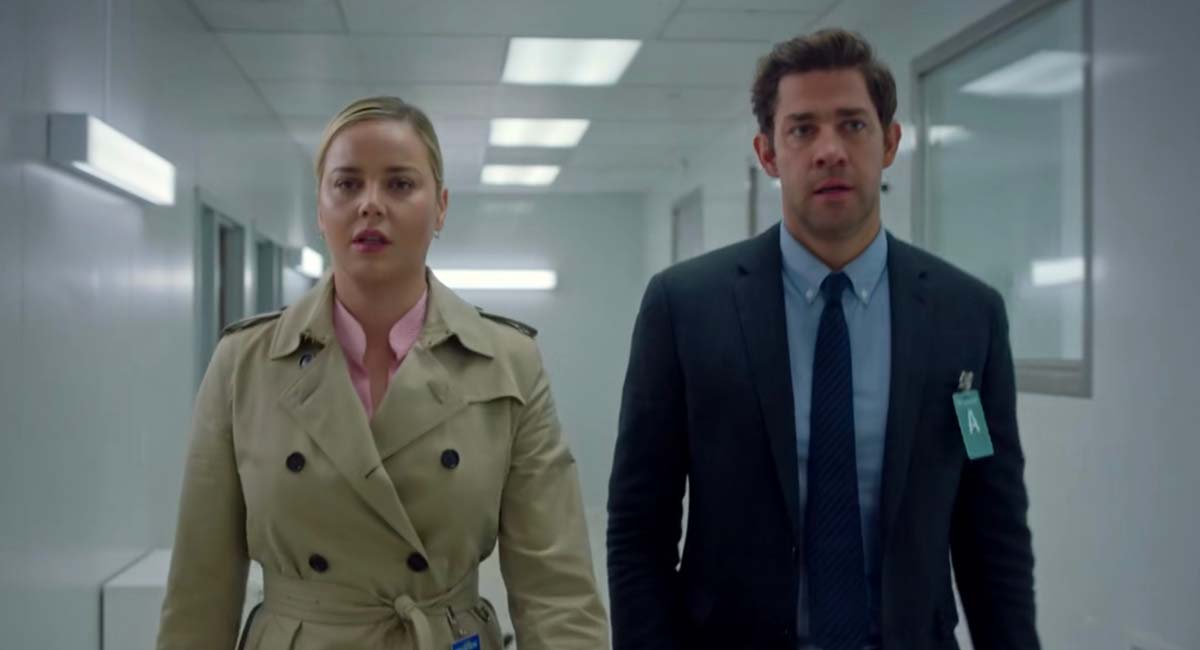 We even see Ryan having to lie to Cathy Mueller (which as you’d expect causes all kinds of dual identity problems), and his co-workers, about where he’s been and what he’s been doing. There is a real sense of genuine spycraft, covert ops, and the emotional weight that comes with them being ever-present, which really adds something special to this adaption of Jack Ryan.

Another of the shows more impressive traits is its pacing. Jack Ryan Season 1 manages to alternate a slower more methodical, and very character-driven, plot with at least one or two intense action or chase scenes in each episode.

Where most spy films or shows manage to develop the hero really well, teasing their mysterious and dangerous past until we need to know it, Jack Ryan manages to do this with several characters as well as Jack. As well as Ryan, the series develops the primary villain, Ali Suliman’s Mousa Bin Suleiman, and even his wife, Dina Shihabi as Hanin Ali extremely well. 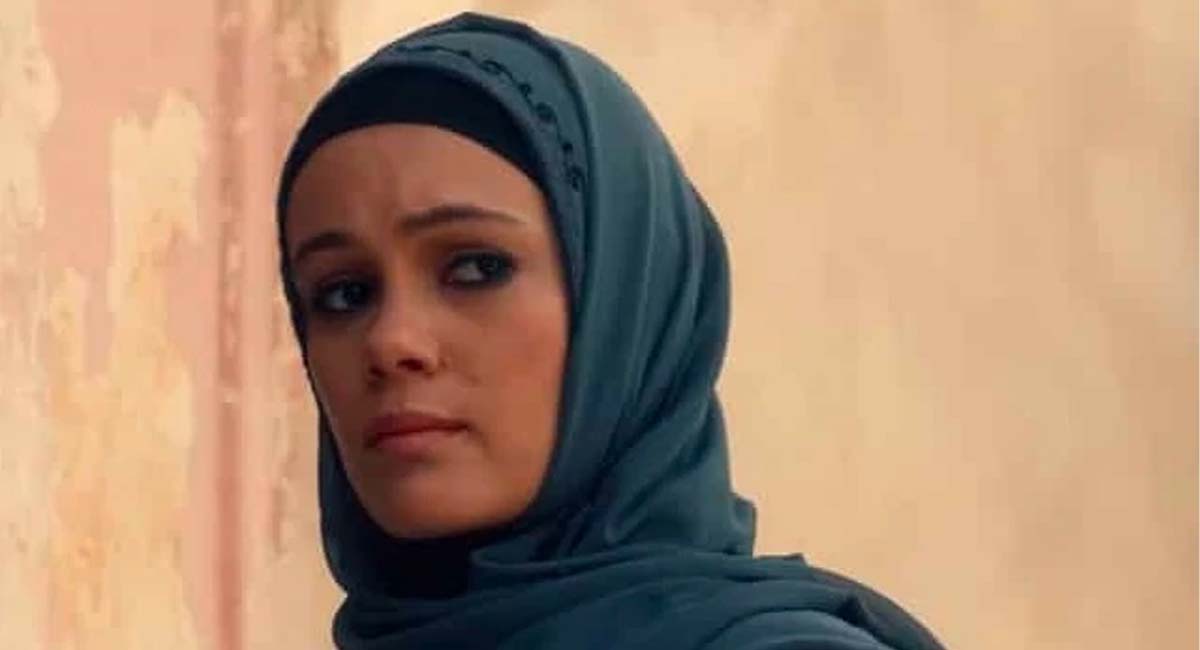 On top of a well-devised plot (that suits a shorter eight-episode season pretty well), Jack Ryan boasts some intense action scenes, tense encounters, and a decent level of mystery as to what this rising terrorist threat are really up to, and more specifically how Jack can stop them.

One of the few drawbacks of Jack Ryan’s debut season is that it’s slower pacing earlier on means it has a lot of catching up to do towards the end, and although well plotted throughout (and probably would have been hurt by any more episodes) the very end to Jack’s rivalry with Suleiman does feel like it comes a little fast and without a fully satisfying final confrontation.

All in all, though, Amazon Prime’s Jack Ryan show delivers a great first season, perfectly adapting Jack Ryan into the modern world, in a way 2014’s feature film didn’t manage. 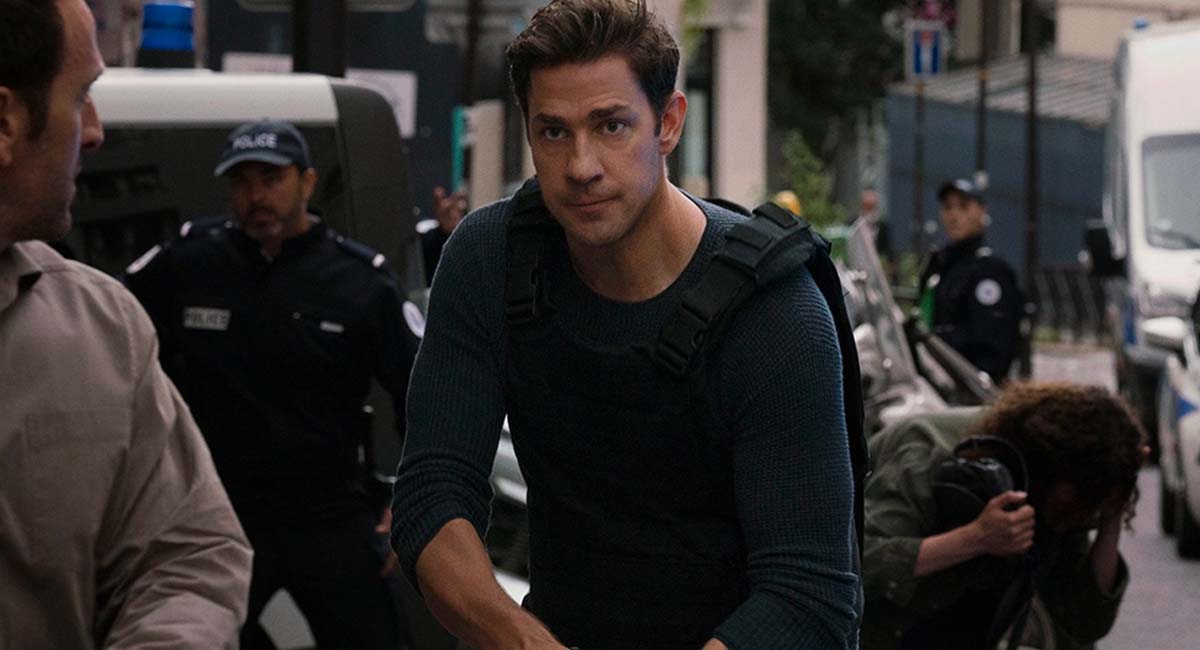 The whole casts shine as genuine and engaging characters, in a series that wants to tell their story and develop them as people. That said, perhaps the most important part of the show is where it leaves us; with a new and very capable version of Jack Ryan seemingly eager for more fieldwork (and now in charge of T-FAD), and a great supporting cast set up to help him. So as good as Jack Ryan Season 1 is, it’s hard to shake the notion that what’s next will be even better. 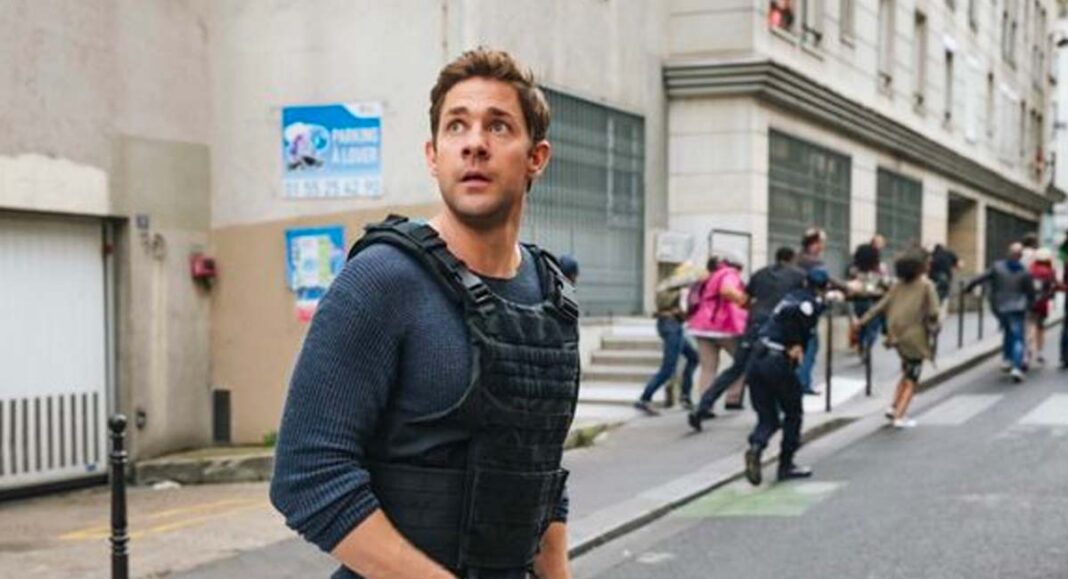