With lots of twists, turns, and time travelling Loki has some huge implications for the future of the MCU – the Loki series introduces a bunch of great new characters, once again showcases how good Tom Hiddleston is as Loki, shows off how much storytelling Marvel has planned for it’s Disney Plus shows, and ultimately Loki raises the stakes for the entire MCU.

As the MCU gets bigger and bigger with a never-ending stream of movies and now shows, the latest Disney Plus series, Loki, is the biggest yet – focusing on no surprises here, Tom Hiddleston’s Loki.

Maybe the most interesting part of Loki – at least in the first episode is that the star of the show is Loki, but the 2012 Avengers “burdened with glorious purpose” Loki, and not the more developed, willing to attack Thanos to save Thor Loki we left in Endgame.

But to catch this Loki up, at least in part, he almost immediately gets a highlight reel of what would be his upcoming moments, seeing the death of his mother, and himself. 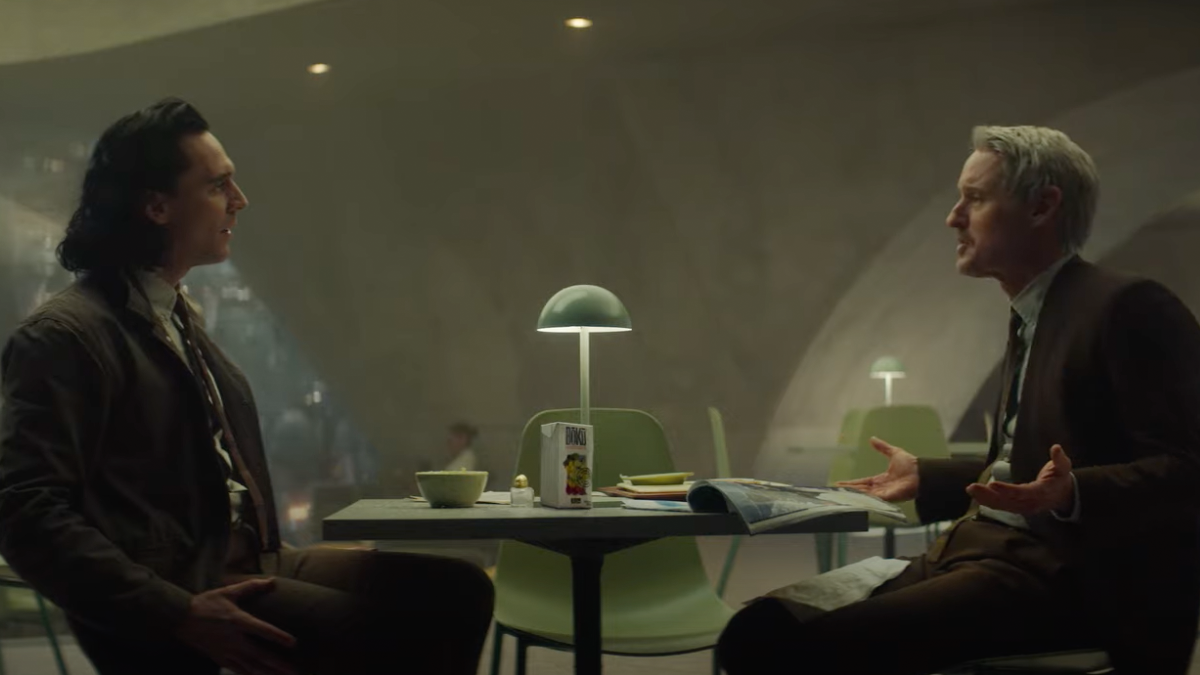 From there Loki realises the power of the TVA, and decides to play ball – for a while anyway.

I won’t get too much further into the story – mainly because that would make this video way too long, but it involves some great twists turns, alternate versions of Loki, and some pretty huge implications for the future of the MCU…

All of which ends on a very good, and annoyingly intriguing cliffhanger. 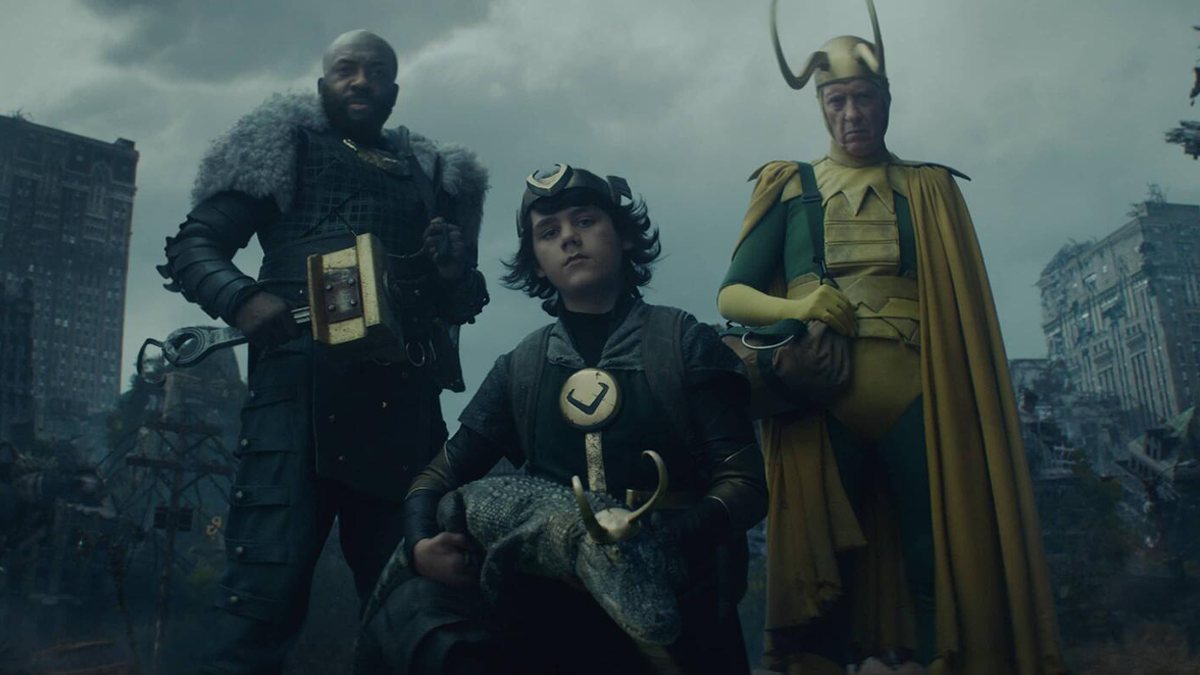 Talking about Loki as a show is probably best done through its characters, and for a show named after one specific character, there are plenty of people in the supporting cast.

Sylvie, played by Sophia Di Martino, is a female variant of Loki – although she is much older than Loki (so does that make Loki a male variant of her?) She is a Variant – someone deemed to be altering the timeline in a way that doesn’t fit in with the plan – she was captured by the TVA as a child – and ever since escaping has been set on finding out the truth behind the TVA and destroying it.

Comics-wise Sylvie is somewhere between the Enchantress character and Lady Loki. 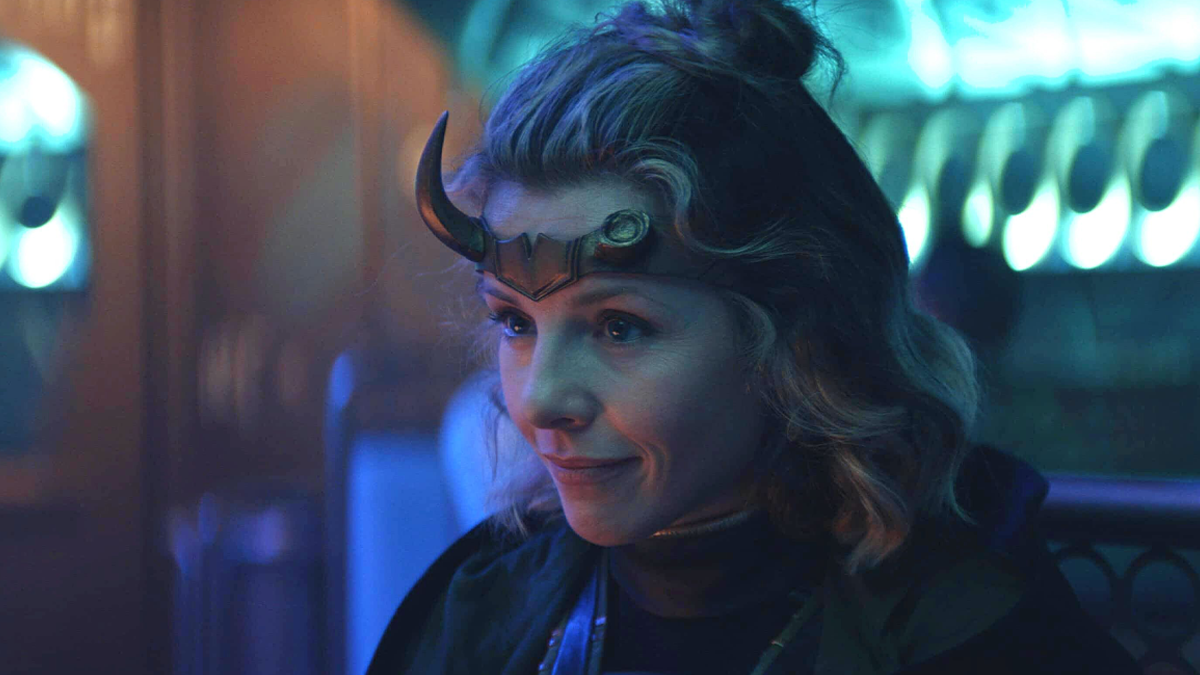 Sylvie is the perfect contrast to Loki, and shows what the character could be when pushed to the extremes, and ultimately and somewhat tragically fulfils what we are told is the ultimate purpose of a Loki – to push others to be better, which she does for Tom Hiddleston’s Loki in the final episode.

The other main/supporting – supporting main? – character is Owen Wilson’s Mobius M. Mobius – and in his defence surely if you’re called Mobius M. Mobius, you’d assume you’d just been created by some big old alien things called the Timekeepers, and weren’t’ an actual person.

But Owen Wilson as Mobius M. Mobius… is great as a loyal TVA agent who sees the truth behind what Loki and Sylvie are saying. Wilson brings his experience and just enough of his surly sarcasm and enthusiasm to the character to make him work perfectly in the role. 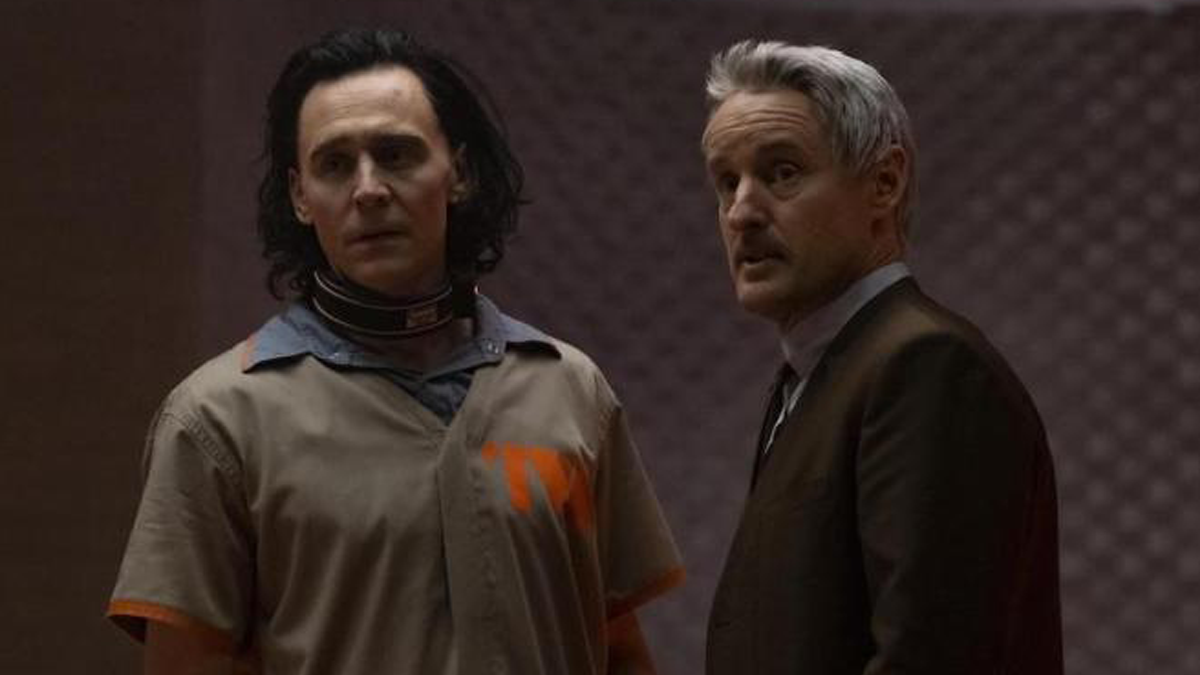 The shows’ cast is rounded out by Ravonna Renslayer, a former TVA Agent and now Overseer, who knows something is up with the TVA but is that committed that she has to believe there is something else to it, some higher purpose – she’s essentially a fanatic.

There is also Hunter B-15, Miss Minutes, various Loki variants – an uncredited cameo from Lady Sif – and even Chris Hemsworth who voiced Throg… to round out the series.

But one of the most interesting parts of the show, meaning no insult to the episodes leading up to it, was the final episode, and the debut of Jonathan Majors as Kang – or at least a variant of him that is referred to as “He Who Remains”. 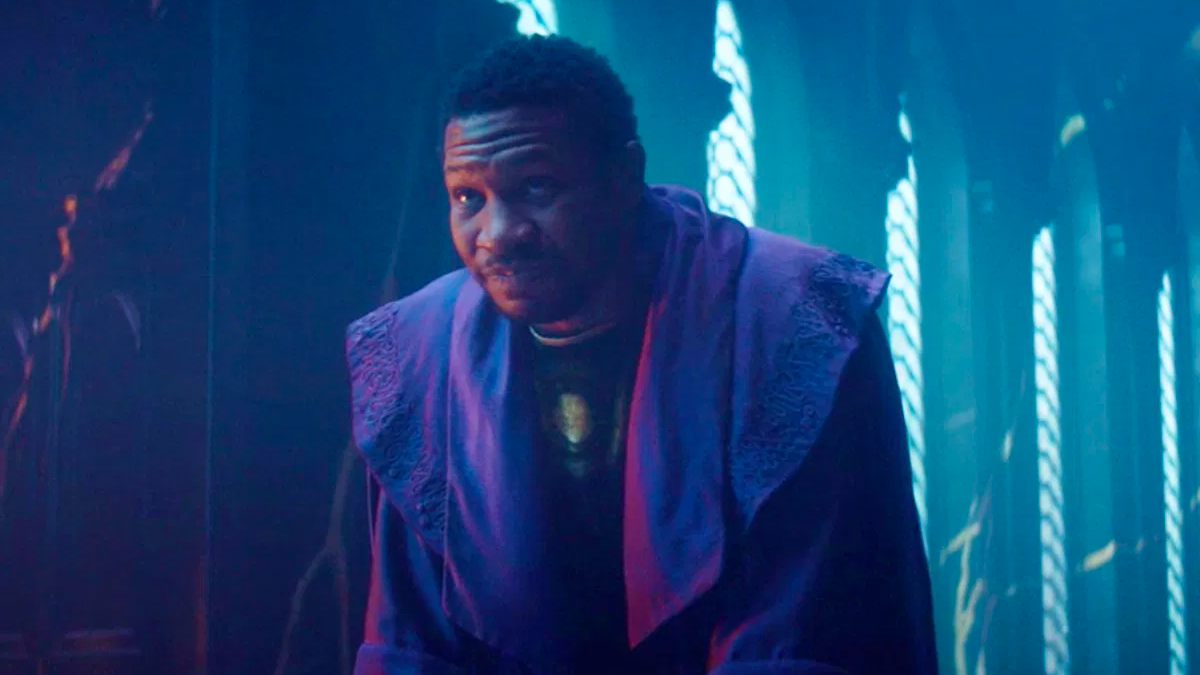 Going into Loki we knew that Majors had been cast as Kang for the third Ant-Man movie, Ant-Man and the Wasp: Quantumania. And as Loki progressed it became more and more clear that someone like Kang was going to be behind the TVA.

But giving Jonathan Majors so much time to dominate the screen and get us hyped up for Kang, and introducing the character via an alternate version of him, was something I really wasn’t expecting.

And can we just point out that a guy setting up an organisation to control the various timelines, simply to protect the universe from alternate versions of himself is one of the coolest things ever. 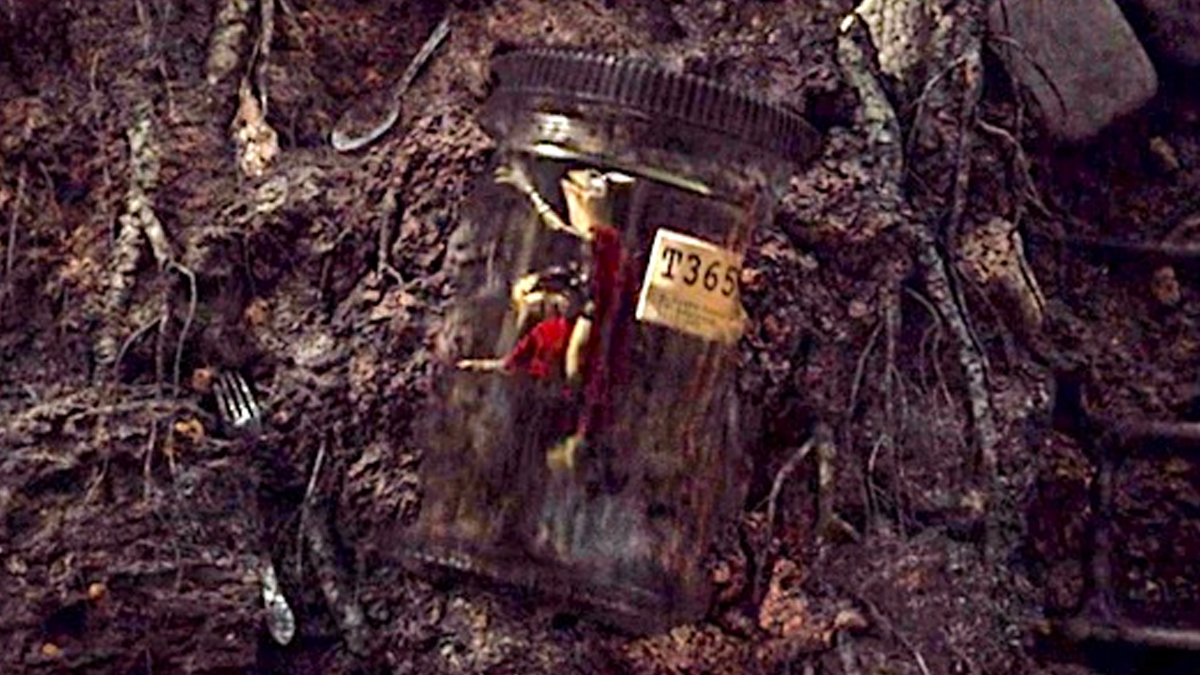 Overall it’s hard to say whether or not this is the best MCU Disney Plus show – I think it’s my favourite, and undeniably has bigger implications for the wider MCU – but each of the shows is trying (and succeeding) at doing something completely different it’s not really the best reflection of any of them to compare them to each other.

I don’t want to say it suffered as a show because of some kind of MCU fatigue – because that’s not totally how I feel on it, but it’s not far off – it’s our third show of the year (we’ve still got What If – which will be all the more interesting after Loki) then Ms Marvel, and Hawkeye, as well as Shang-Chi, Eternals and Spider-Man, and we got Black Widow the week before Loki finished.

Ultimately though, the show does everything right, introduces a great set of supporting characters, feels perfectly MCU, advances the overall story and stakes for the universe, has the perfect blend of humour, action, drama, and comic-book ness, but maybe most importantly of all gives us more Tom Hiddleston as Loki. 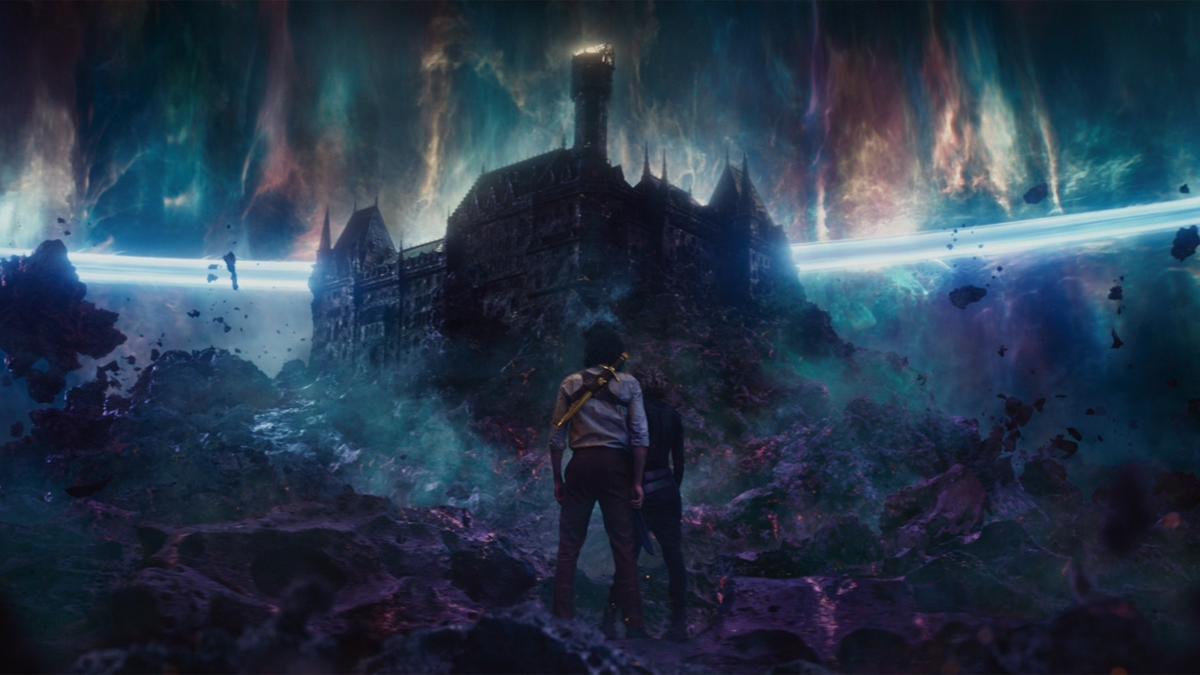 Thanks to anyone who has made it this far into my ramblings – if you’ve enjoyed How Loki Raises the Stakes for the Entire MCU, please like and subscribe to the channel for lots more MCU, Superhero, and Pop Culture Content, and let me know your thoughts on Loki and any of the other Disney Plus MCU Shows in the comments below. 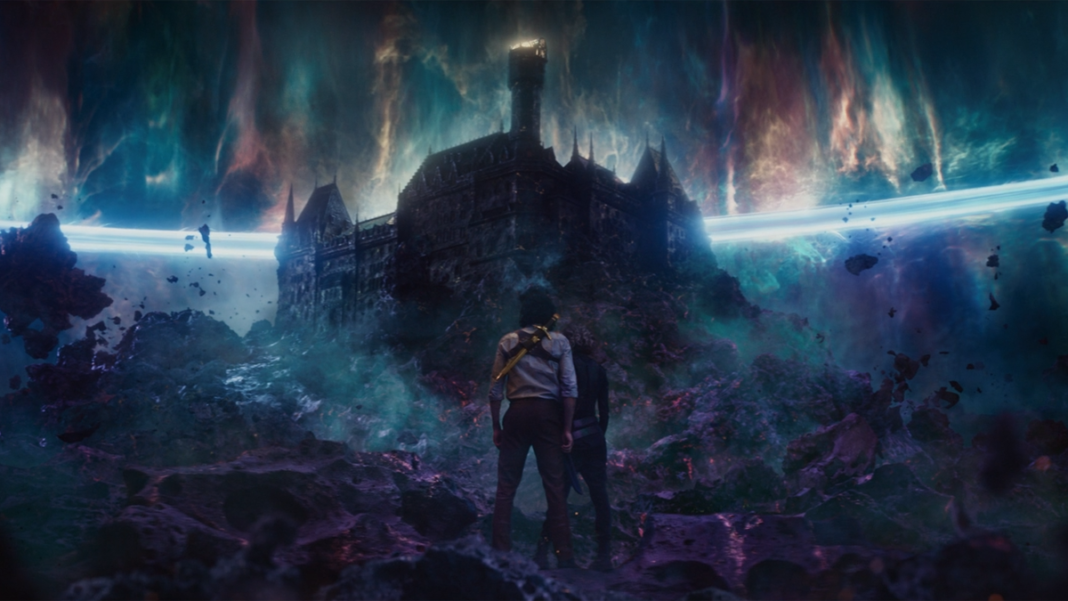 How Loki Raises the Stakes for the Entire MCU

399
September 14, 2021
Previous articleBlack Widow Brings the MCU Back to the Big Screen in Style
Next articleShang-Chi and the Legend of the Ten Rings is Fresh, Fun and Unique, and Exactly what the MCU Needed
© Newspaper WordPress Theme by TagDiv