Back in 2008, LucasArts launched a brand new entry into the Star Wars saga, in the form of ‘The Force Unleashed’. The game boasted an advanced new enemy AI, brand new ways to use the force, and some awesome looking environmental destruction, but perhaps most importantly the game delivered an extremely interesting new story, looking to bridge the gap between the prequels and the original trilogy.

Although the game is now part of the Star Wars Legends brand (the umbrella term for most of the Expanded Universe content that is no longer part of Disney’s official Star Wars timeline), there is no doubt as to how important and influential the game was when it was released.

The story was developed with the idea (and mandate from George Lucas himself) of putting the player into a Star Wars movie of their very own, and to say it succeeds in that task is putting it lightly.

From a story perspective, the game gives us a new adventure in a somewhat familiar time period, and involves already popular characters like Darth Vader, which could have been seen as somewhat of a safe bet approach – but thankfully the story turned out to be one of the best, and most unique, parts of the Force Unleashed. 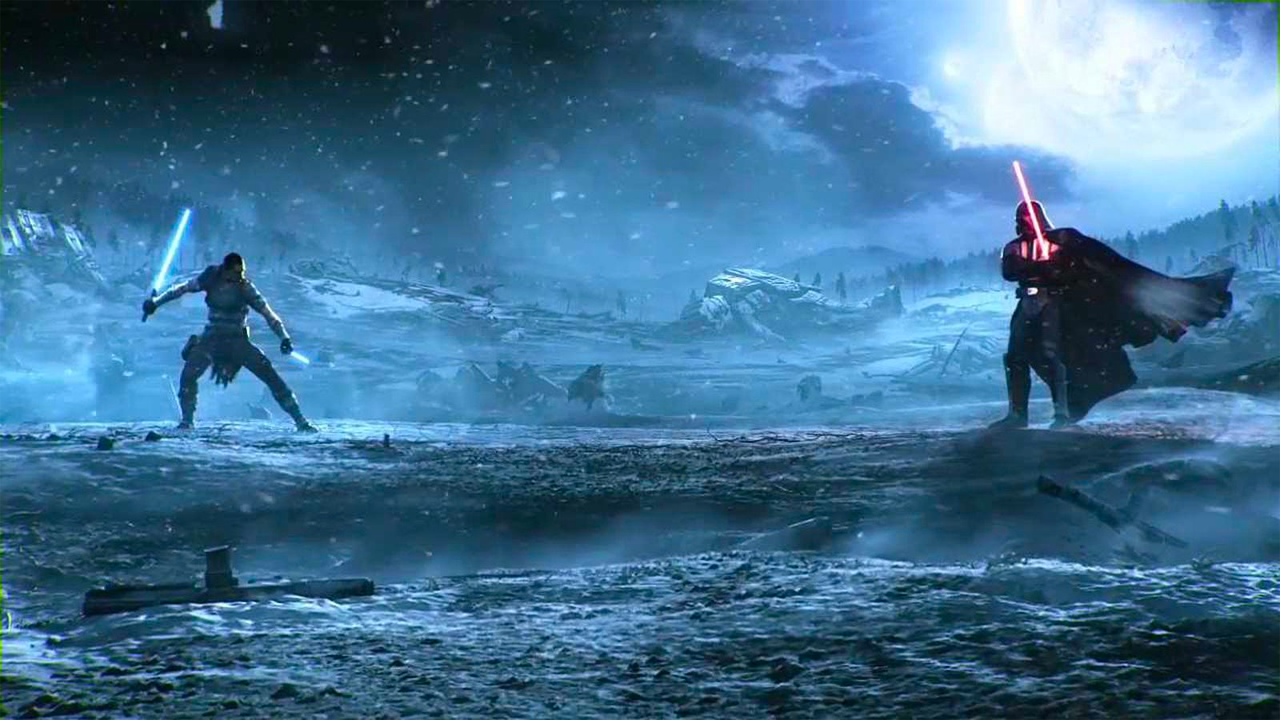 It was one of our first on-screen versions of a Vader who schemed against his own master like a true Sith Lord, and the idea that the Empire themselves were responsible for creating the rebellion that would eventually destroy them added a great tinge of irony to the Emperor’s plans.

What really makes the story a truly ‘Star Wars’ adventure are the abundance of typical series tropes, from the conflicted and powerful force user to the badass pilot, the wise old Jedi master, and a faithful droid companion.

All of these tropes however have a new edge to them; master Kota is a significantly more war-torn and grittier Jedi master than any we’d seen before, Starkiller’s journey of conflict between the light and dark side this time starts from the dark and is also arguably better fleshed out and realised than Anakin’s own journey during the prequel trilogy. 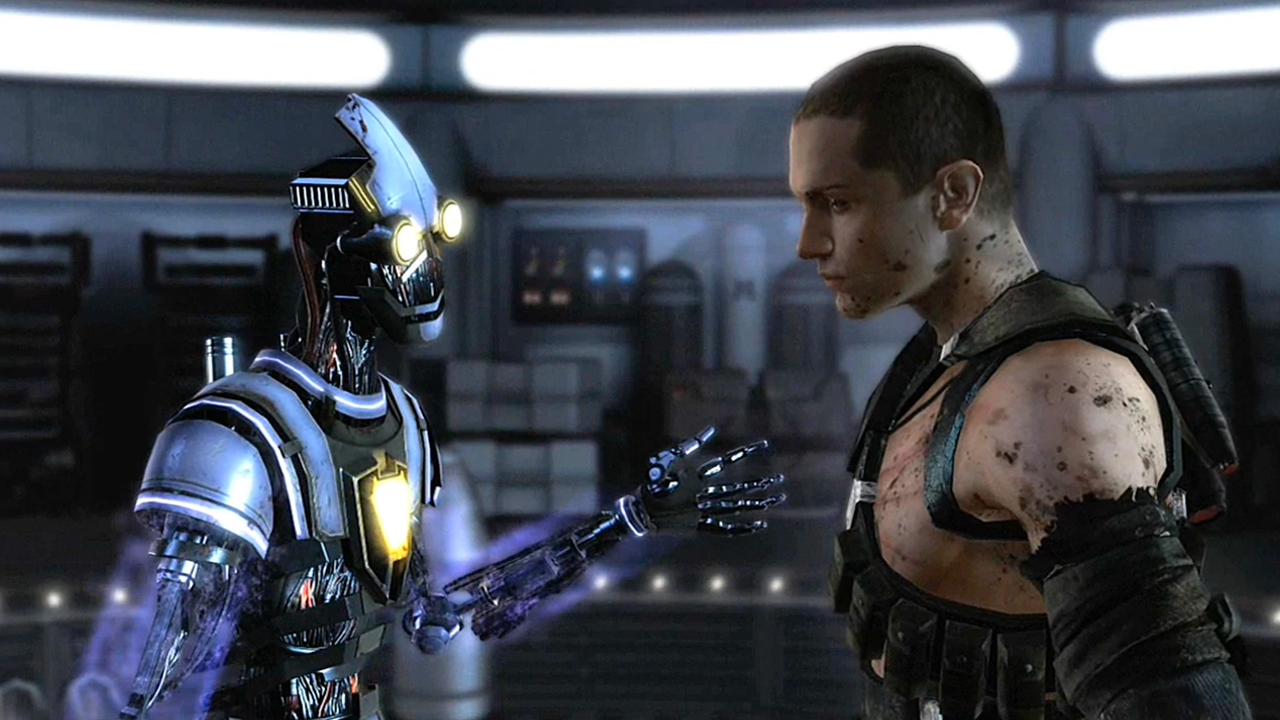 Another great element of the game’s story is the opportunity for both a light and dark ending. The light side sees Starkiller make the ultimate sacrifice and go on to truly inspire the rebellion against the Empire, whereas the dark ending looks at what would happen if Starkiller fully gave in to the dark side and took Vader’s place as the Emperor’s right-hand man.

The downloadable content add-ons see Starkiller visit the remains of the Jedi temple on Coruscant and face his Jedi trials. This gave us one of our first real glimpses at what the trials of a prospective Jedi looks like, as well as bringing a number of important Star Wars characters back for cameos.

The other two story-based DLC’s focus on the non-canon dark side ending to the main game, in which the now Vader-esque Starkiller is sent to Tatooine to hunt down Obi-Wan Kenobi, and then to Hoth to take on Luke Skywalker. 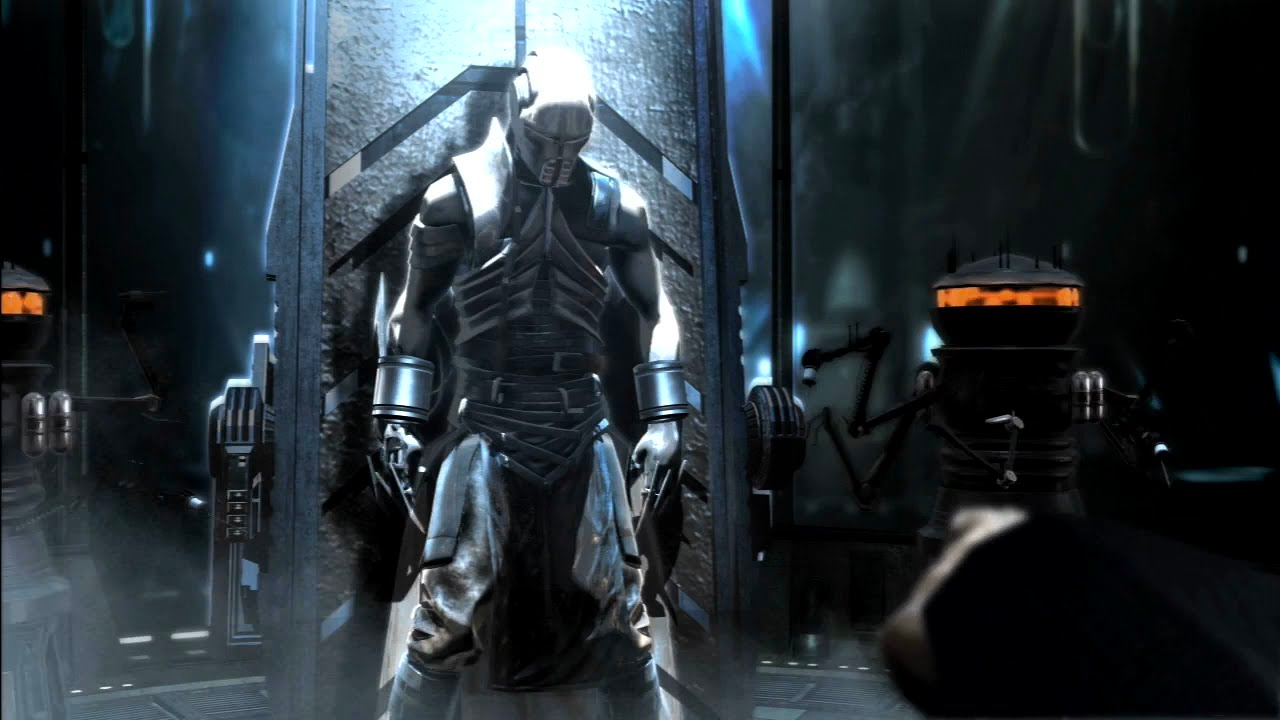 What really makes The Force Unleashed shine is how it succeeds from not only a story point of view, but from a gameplay one as well.  Gameplay is of course crucial to the success and enjoyment of any game, regardless of its looks or story, and even now The Force Unleashed still holds up as one of the best versions of Star Wars combat we’ve seen.

The movement and fighting mechanics are extremely responsive; and although a little shaky in places, overall it perfectly utilises both force powers and lightsaber combat.

In the Force Unleashed, pretty much everything you do as Darth Vader’s secret apprentice feels smooth, seamless, and powerful. In just a few short moves you can force choke an enemy, cut down someone else with your lightsaber and then fire off some Sith lightning. 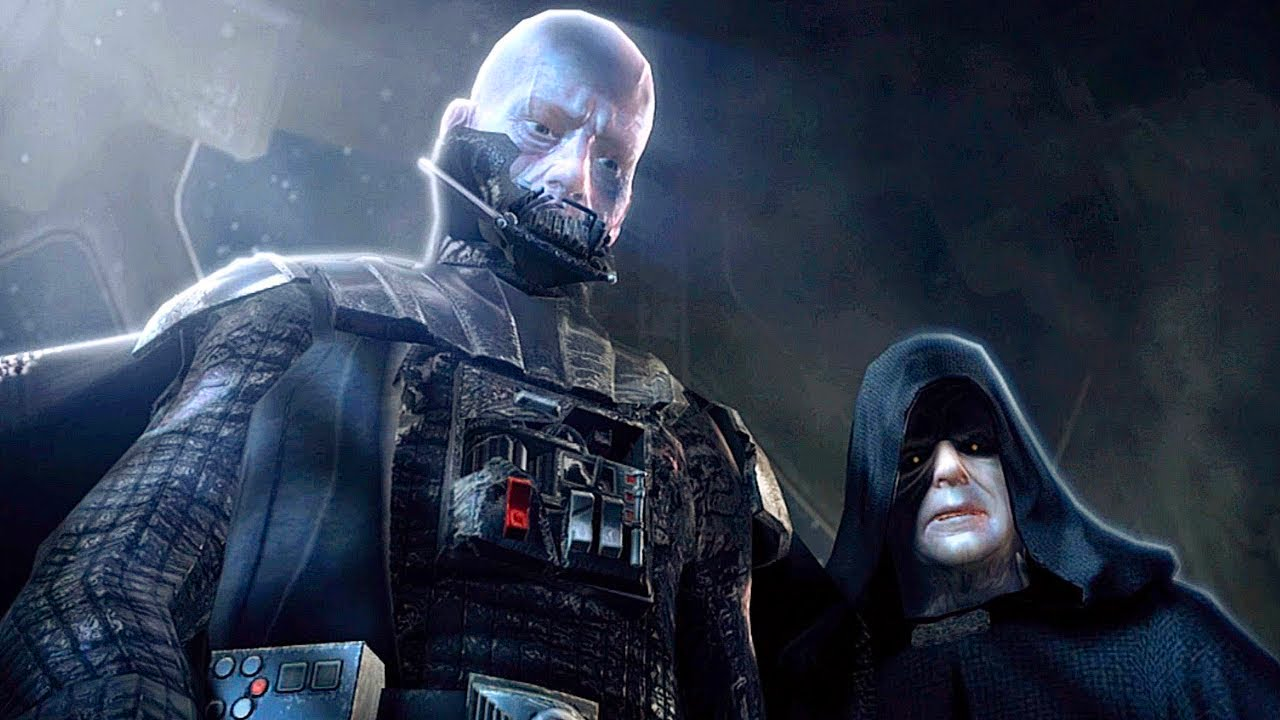 The freedom to play Starkiller how you like is incredibly broad and the natural ease of using the triggers to either block or pick things up with the force works perfectly.

What really adds an extra dimension to the gameplay is the rewarding levelling system that unlocks a range of new lightsaber combos, force powers, or a mix of the two making the Starkiller you end up with a very different one to who you start with.

A number of sequences went on to become truly iconic scenes, with Starkiller pulling the Star Destroyer from the sky being one of the single most powerful things we’ve seen a force user do in the entire franchise. 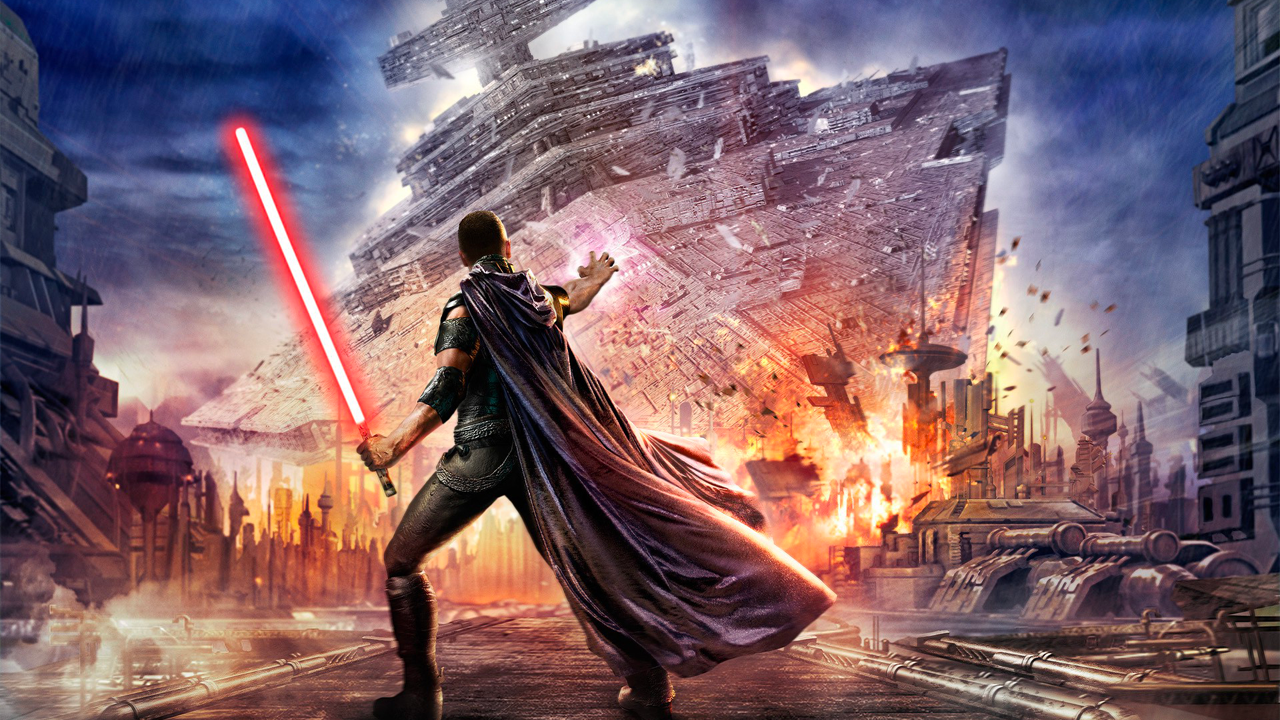 Overall the Force Unleashed succeeds on a number of fronts and delivers some groundbreaking gameplay, along with a great story, and although at its heart it is ultimately a hack and slash game with some awesome force moves thrown in for good measure, it manages to be so much more thanks to a great combat system, some truly next level force powers, and a compelling story. Over a decade on the legacy of the Force Unleashed (and to a lesser extent its sequel) endures, more than fulfilling its mandate of putting the player into their own Star Wars movie as absolutely everything about The Force Unleashed, from the gameplay and storyline to the amazing soundtrack and characters, feels perfectly Star Wars. 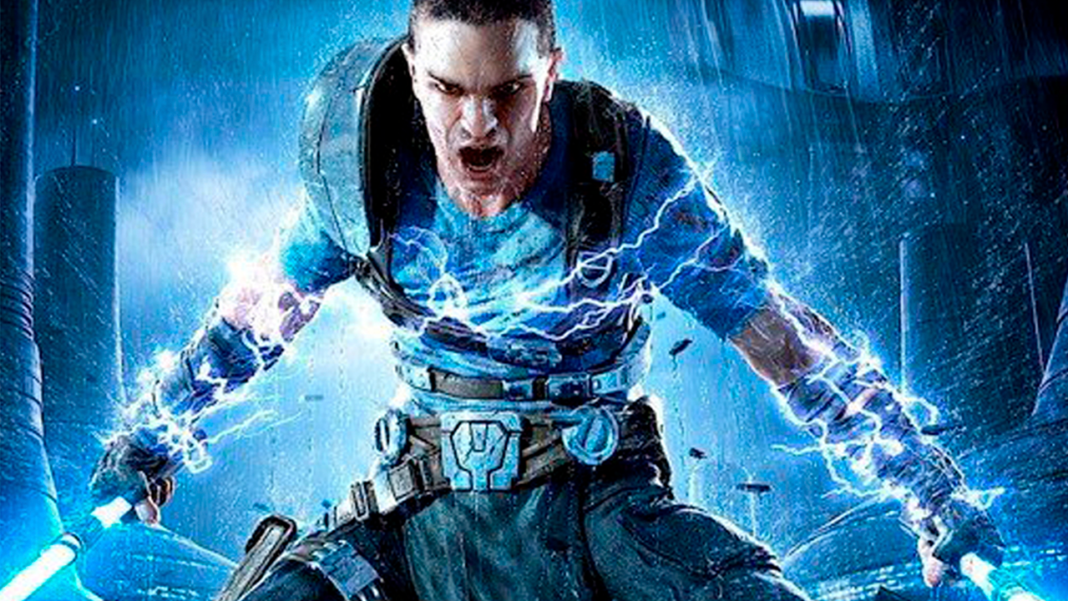 Why Star Wars: The Force Unleashed Still Holds Up