As any fans of the first eight episodes would expect, The Boys Season 2 is filled with even more gratuitous violence, graphic sex, corporate conspiracies, and corrupt superheroes than the first. This time the story continues its loose adaptation of the comic book from Garth Ennis and Darick Robertson, with its own unique spin. The Boys Season 2, continues the shows winning streak of delivering a great story, some amazing characters and a surprisingly powerful social commentary. 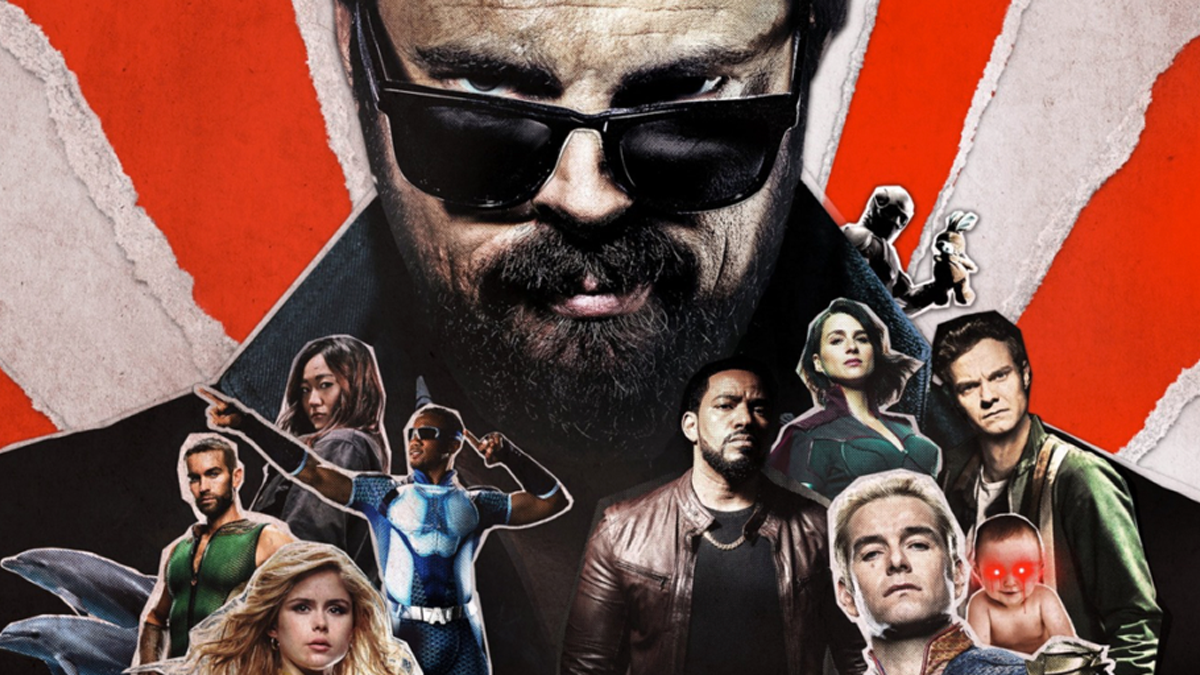 Storywise, The Boys Season 2 takes a small jump forward from the end of the first season. After Billy was taken to see Becca and her son, Homelander appears to have taken him away, with no information as to where Becca was. This leads to Billy once again track her down, but this time he has some evidence. Meanwhile, the rest of The Boys are in hiding and still on the run from The Seven (The Boys’ version of the Avengers, which are run by Vought, a powerful corporation).

Starlight, a hero that actually wants to help people, is back with the Seven, hoping to bring down the sinister Superhero corporation, Vought from the inside. A new hero Stormfront joins the team, and without getting into too many spoilers, Stormfront turns out to have a very (very) disturbing secret that leads back to the beginnings of Vought during World War Two.

Homelander tries to build a relationship with his son while showing off even more of how messed up he is, more supers are introduced, and in what already sounds like a busy season there are backstories for characters like Billy and Frenchie.  But overall the show delivers a near-perfect second season, that manages to continue the story, while giving explanations and exposition to some things that needed answering, and yet not give too much away, leaving plenty for the future. 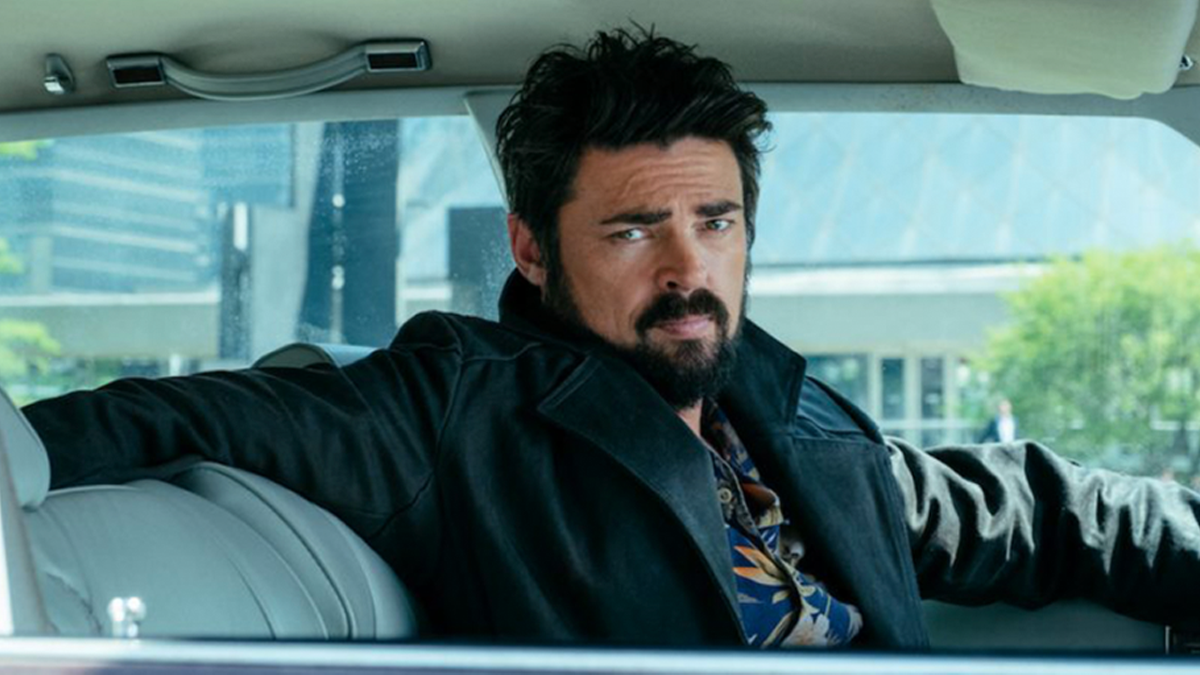 One of the more interesting and, forgive the pun, ‘deeper’ stories this season is The Deep’s attempts at personal growth. After being fired from The Seven last season, following Starlight’s exposure of his sexual exploitation, he was relegated to a town where nothing happens. This season the Deep joins a Scientology-like cult to better himself and rejoin eventually rejoin the Seven.

This leads to him having a conversation with his gills in a drug-fuelled therapy session, where they are voiced by Patton Oswald. The conversation helps him come to terms with his feelings, and that how he felt about his own body is why he abused others.

Ultimately things don’t quite work out for The Deep, and his karma for mistreating women is still not repaid. This is emphasised by every time we see him talk to a fish, lobster, dolphin, or giant whale, he gets them killed. 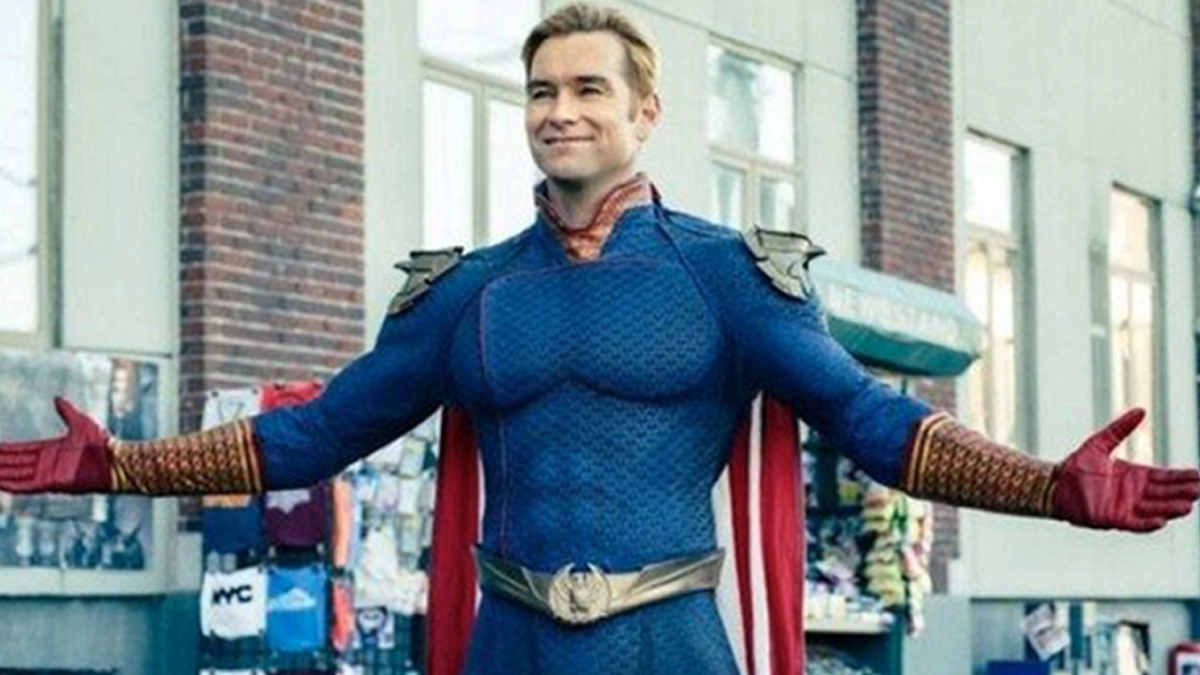 Overall, the biggest message the second season of the Boys sends out is the power and danger of Social Media. Stormfront, seemingly a relative newcomer to the superhero scene manages to become one of the most popular heroes thanks to her social media presence.

She goes on to explain to Homelander that she can do more with five million pissed off fans than he can with an entire country simply liking him. This is taken even further when Stormfront and Homelander team up, and she manages to get the public back on his side after a video is leaked of him accidentally, but carelessly, murdering an innocent bystander – all through the power of memes.

Through this, the show explores the idea of radicalisation and persecution, and even shows a man inundated by the news and social media murdering someone as he suspects them of being a super-powered terrorist (after simply seeing a light catch their eyes). This couples well with the obvious Fox and CNN news parodies, totalling an interesting and poignant narrative. 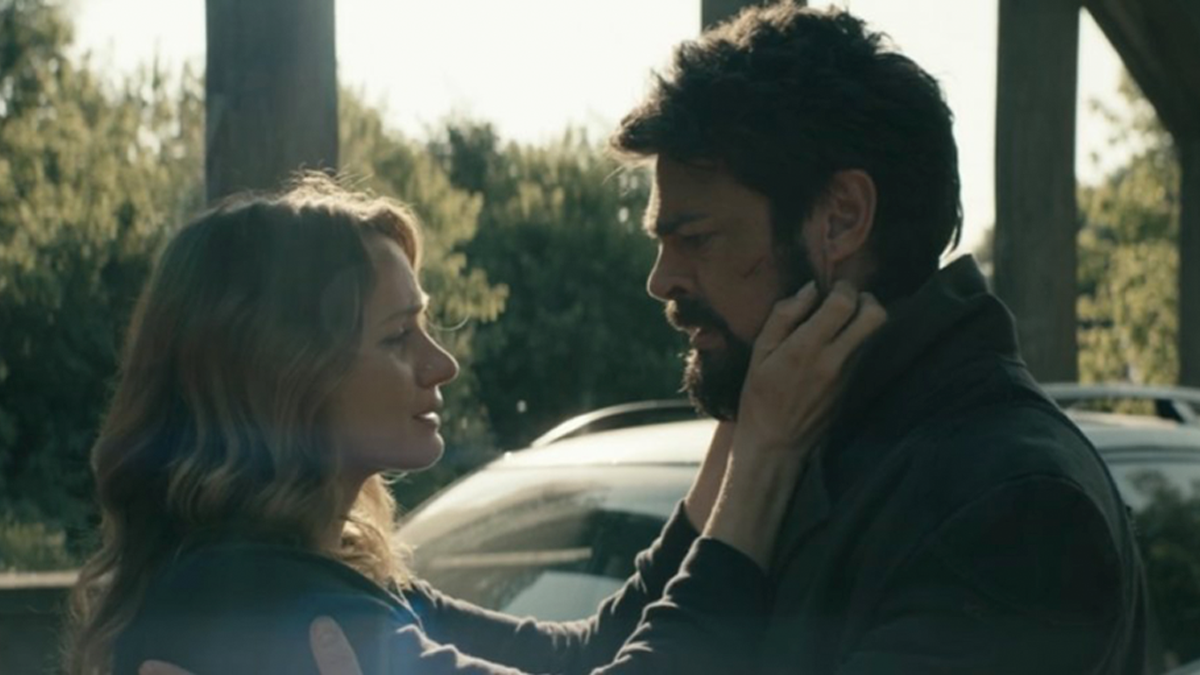 But I think one of the more interesting themes, that is perhaps a little less obvious than the shows thoughts on social media, is the similarities between Billy and Homelander.

In season one, the two are two sides of a secret war. Homelander is basically Superman, hiding the fact that he is a self-obsessed, narcissist with some serious issues. Billy on the other hand is just a regular guy, who believes Homelander raped and murdered his wife, and so will stop at nothing to kill and expose Homelander.

Where Billy from the comics, is much more brutal and uses Compound V on himself (along with the rest of the team), and eventually becomes as bad as Homelander, Karl Urban’s iteration is much more palatable. This season takes the link between the two characters to a deeper level, and explores how they were both abused and not cared for properly as children, and how that has damaged them in later life. 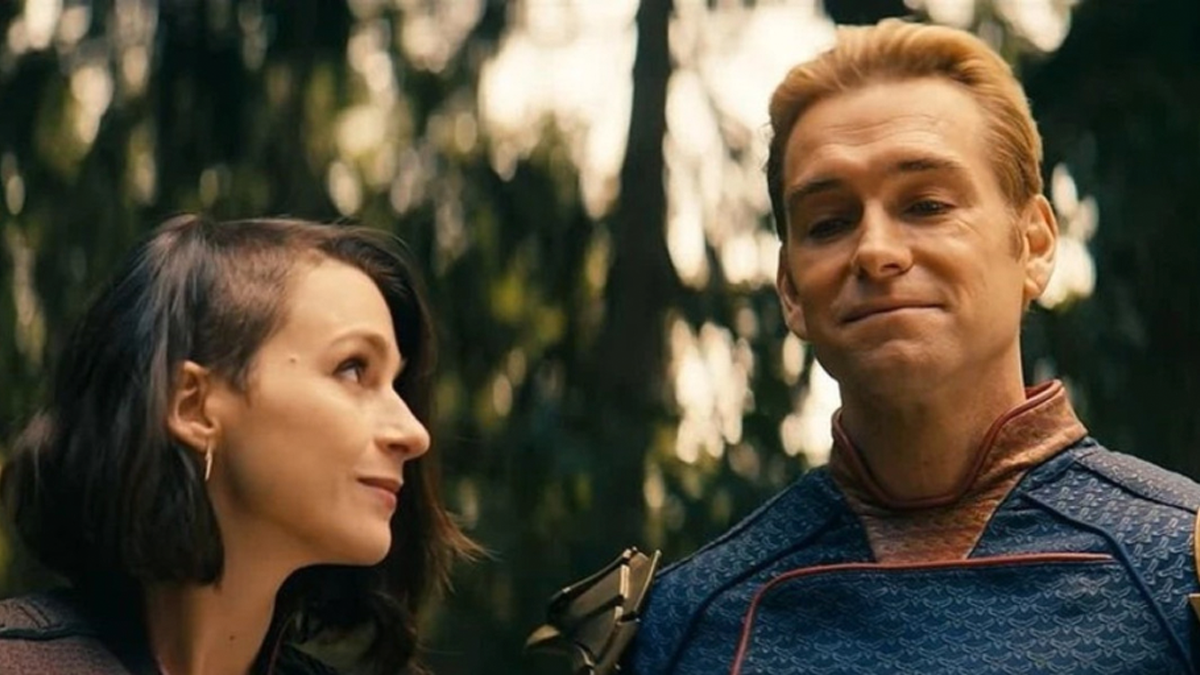 In Billy’s case, his abusive father made him into a tough, but broken and an always angry adult. In Homelander’s case, he was raised without any real care, no mother, and experimented on, which led to a superhero without empathy – who acts on childish impulse. And so in their respective way, they aren’t too dissimilar, which could even play into another reason for Billy’s hatred for Homelander (not that he needs any more).

All of this leads into looking at Anthony Starr’s Homelander, who really is the key to The Boy’s success. Starr’s performance is so believable and disturbing, that there isn’t a second you don’t believe he is an evil superman who has creepy mother issues, and will happily crush someone’s head with one hand and then have sex right next to the body (which is one of the shows darkest scenes yet).

As Homelander tries to spend time with his son, he radiates creepy intimidation to everyone he meets. Anthony Starr really does take the show to another level, with his portrayal of one of the most despicable characters we’ve seen on screen. 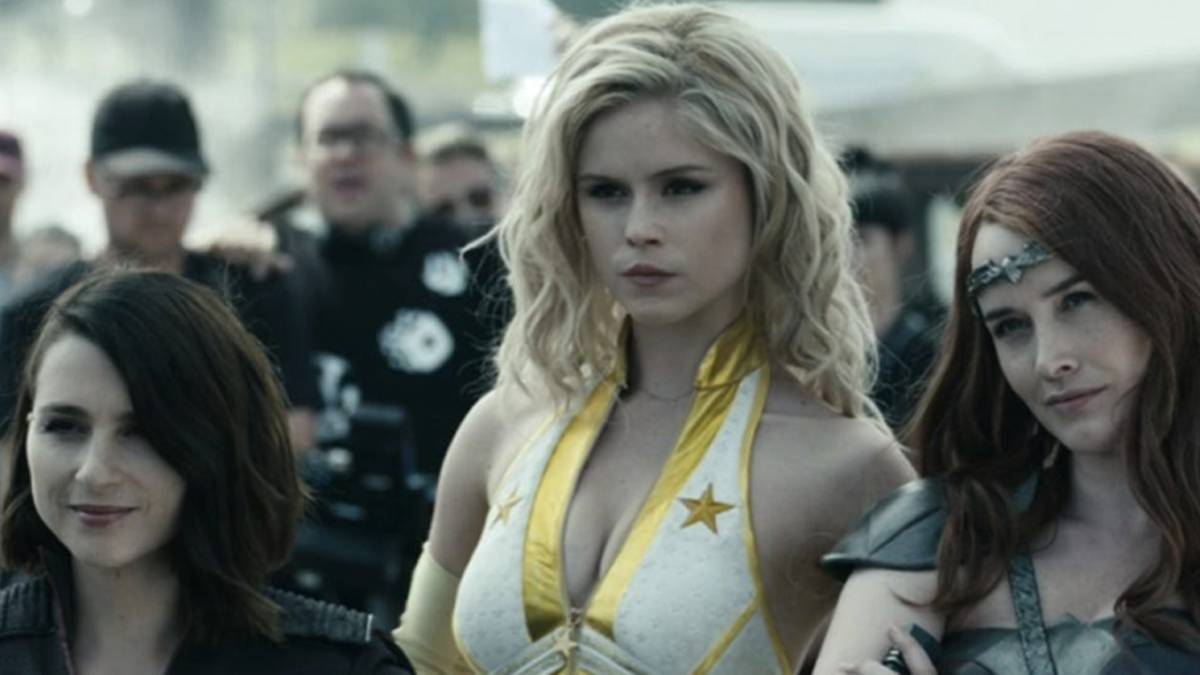 One, minor, complaint I did have with this series is that the fraught relationship between Billy and Hughie felt a little forced at times. It undoubtedly got there in the end, especially with the revelations on Billy’s brother, but for the first few episodes, it felt like they kept making up (at least partially), just to get really pissed off with each other straight afterwards.

In the end, however, most of the characters return to the status quo, of where they were at the very beginning of the series, or at least at the start of Season 2, which I’d argue is a little disappointing, but there is no doubt some exciting things are set up for the future.

Additionally, for the show’s message on the influence of social media, spin, and clever marketing, it almost had to go back to the status quo for the likes of Homelander, Queen Maeve, and Starlight. 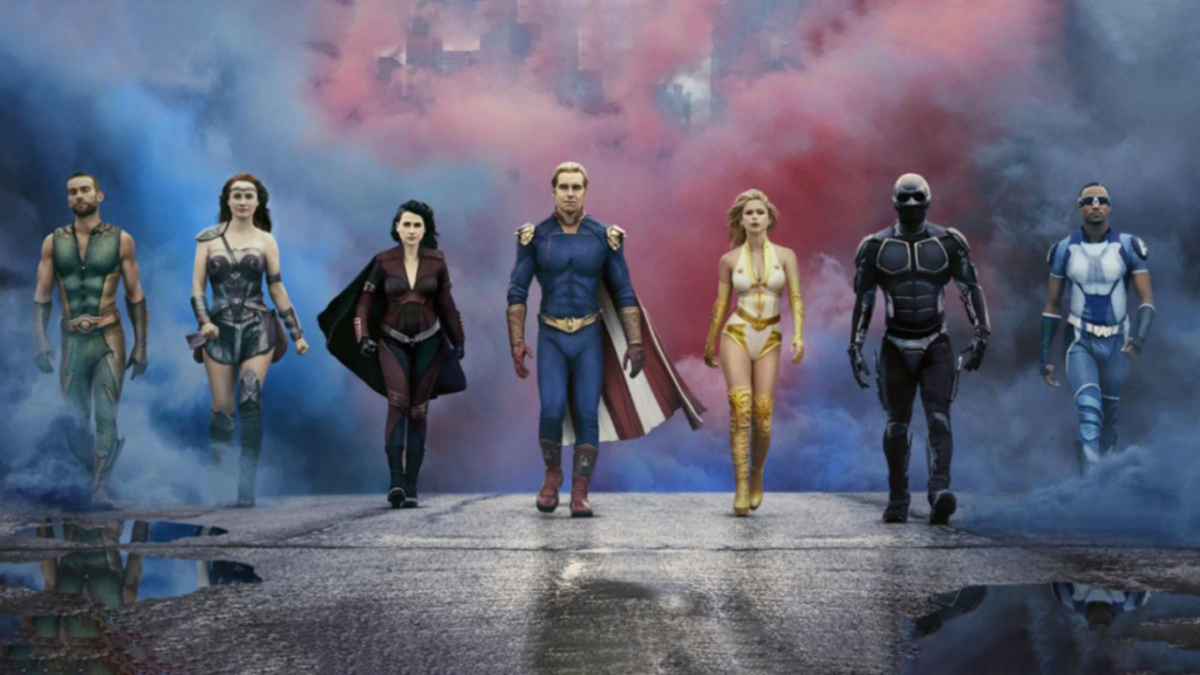 In the midst of countless other shows and movies, Amazon’s The Boys Season 2 really stands out as one of the best and most entertaining superhero properties we have. Its dark, realistic, and woefully depressing superhero world strikes the perfect blend of believability and fantasy, and after two seasons still just feels like it’s warming up for much, much more. 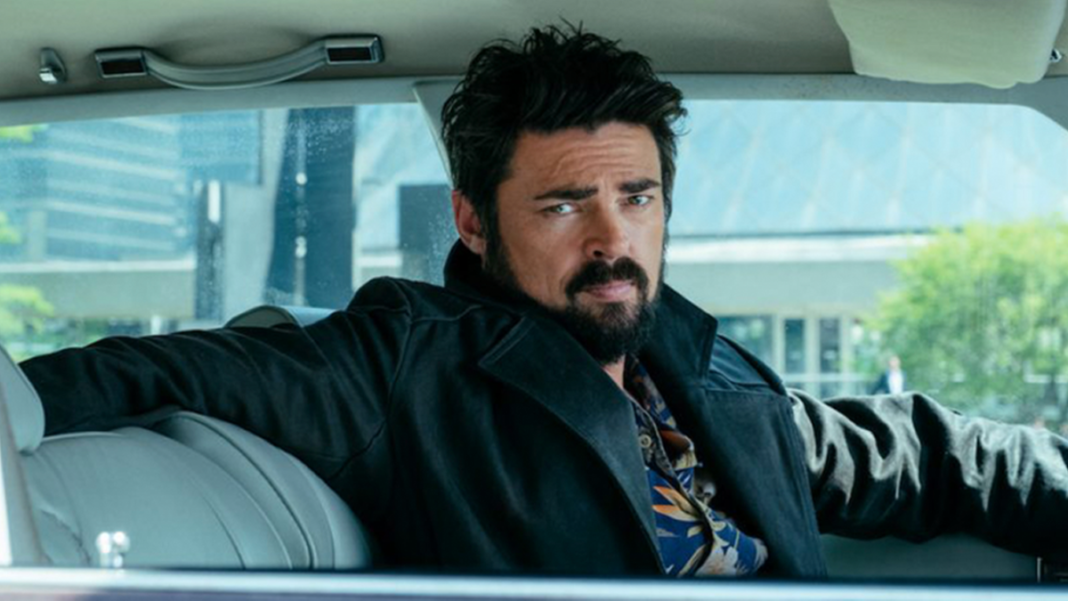 The Boys Season 2 Does Everything Darker, Deeper, and More Delusional

357
October 11, 2020
Previous articleHow Star Wars Squadrons Brings Something Familiar But Fresh to Star Wars
Next articleWatch Dogs: Legion and Blending a Formula with Something New
© Newspaper WordPress Theme by TagDiv