With EA finally hitting their stride with Star Wars titles, after some huge updates to Battlefront II, and the incredible Star Wars: Jedi: Fallen Order from Respawn, Star Wars Squadrons adds to the list of great Star Wars games that deliver something new, different, and most importantly, solidly Star Wars. In our Star Wars Squadrons review, we’re taking a look at how well the story works as a stand-alone campaign, the gameplay and mechanics, and the huge amount of player customisation. 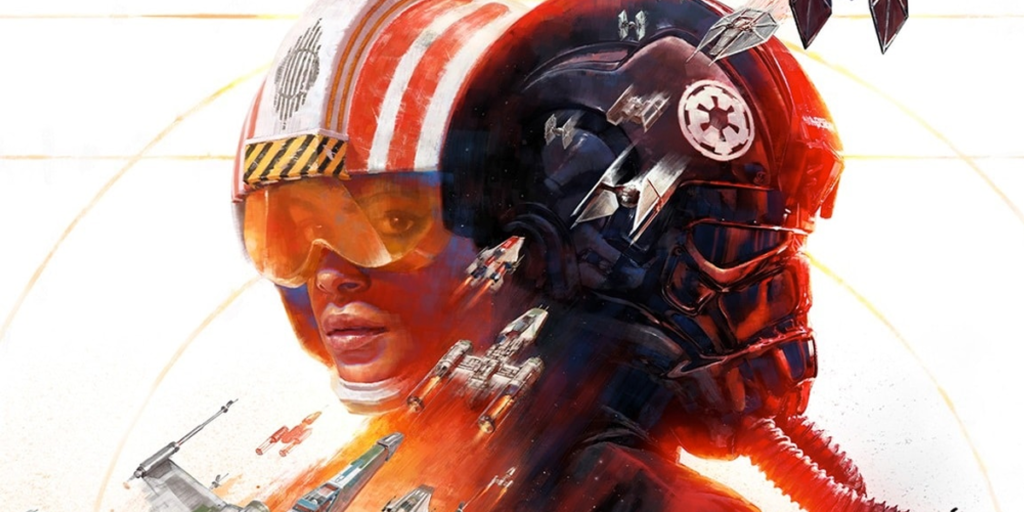 Undoubtedly the single-player story campaign is not the main focus of Star Wars Squadrons and mostly acts as a soft introduction to the various mechanics of the game that prepares players for multiplayer. And yet that doesn’t stop the story from delivering a compelling, enjoyable, and thoroughly Star Wars storyline, showcasing two sides of the aftermath of Return of the Jedi.

Switching between an Imperial and New Republic pilot (that during the prologue is part of the Rebellion), the game shows off two opposing sides of the same story. At the same time, the New Republic tries to eliminate the last remnants of the Empire while the Imperial forces refuse to admit defeat.

Woven into this is a larger story is a more specific narrative that sees an Imperial officer, Lindon Javes, defect to the Rebellion and his consequent efforts to defeat the Empire with a secret project codenamed, Starhawk. The entire story is underpinned by an interesting and varied cast of characters. 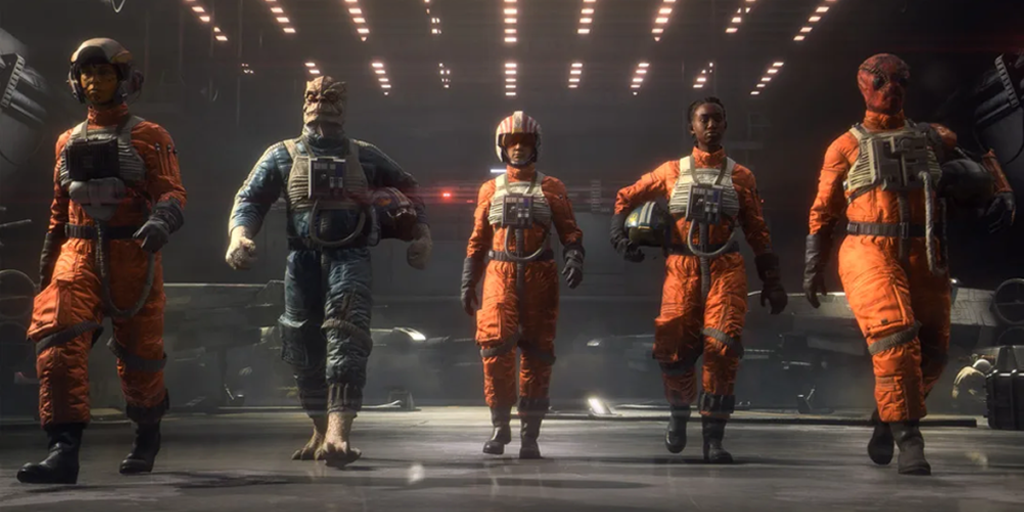 The first thing to note when considering gameplay is how VR centric the game is, to the extent that it seems clear Star Wars Squadrons was likely going to be a VR only game, and later adapted to other consoles – or at the very least designed with that in mind.

Even out of the cockpit the player never directly moves and is instead just a first-person camera that can look around from a static position. Even conversations with other characters are selected from one central point, and you then jump into a one-sided conversation with them. And yet, it works for the game, and never feels too distracting, and if anything adds to the immersion of the player as the pilot.

On the New Republic side, the available ships are an X-Wing, a Y-Wing, an A-Wing, and a U-Wing, whereas the Imperial ships include a Tie Fighter, Tie Bomber, Tie Interceptor, and a Tie Reaper. 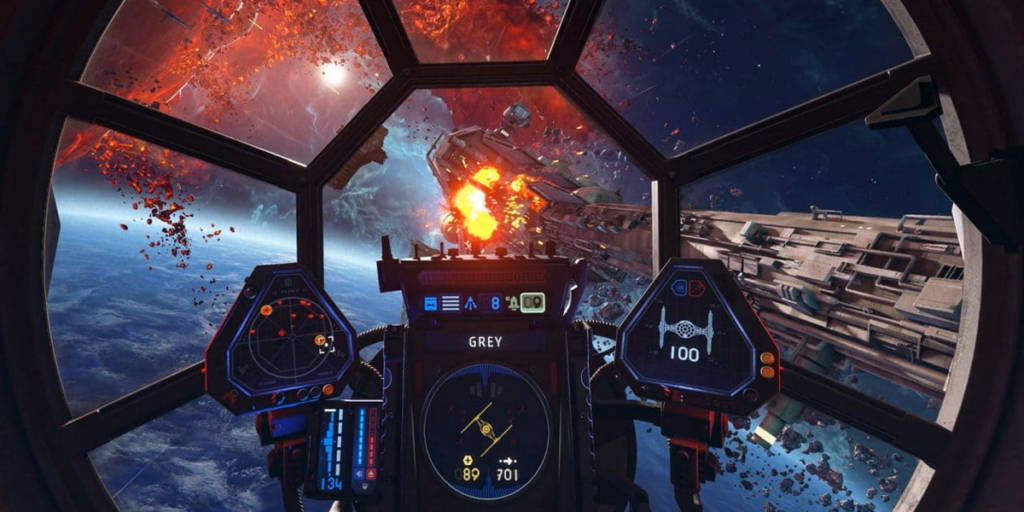 As I mentioned earlier, the story missions introduce the player to each class of ships, their differences (which in some cases are considerable), and how to best use each type.

Initially, the idea of handling certain mechanics like shifting shields to the front or back, or switching power to shields, guns, or engines on the fly (no pun intended) sounds intimidating, but it comes naturally surprisingly quickly. Not only is the way the game teaches its mechanics smart and enjoyable, but the nuances and level of control are as well, leading to a game that is as satisfying to play as it is to learn.

The icing on the cake (as it so often is with almost anything Star Wars), is the sound design of Star Wars Squadrons. Like with other recent games like Battlefront II and Jedi: Fallen Order, the music and sound effects feel very Star Wars and cement the feeling of immersion perfectly. 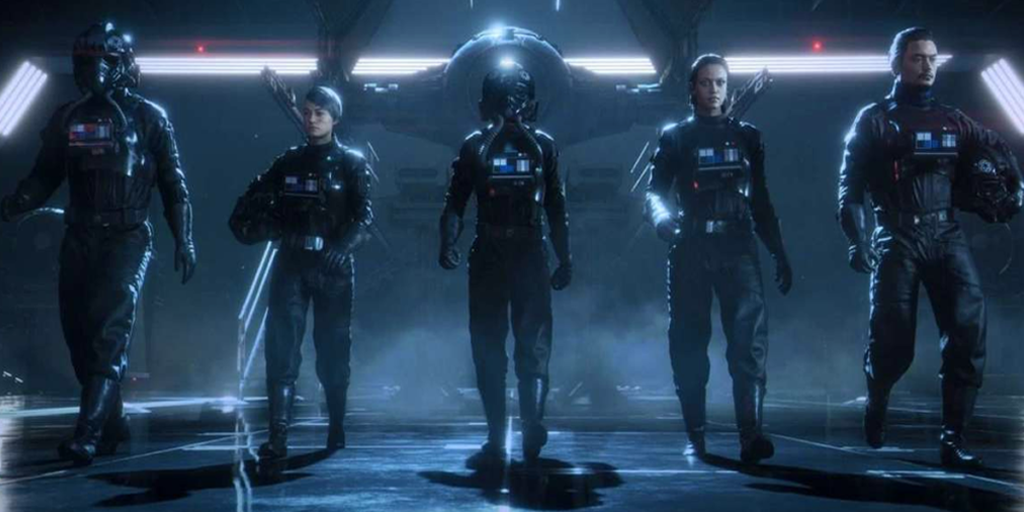 But what really shows off the care, appreciation, and fandom that went into making Star Wars squadrons is the number of player customisation options – all of which (in a very un EA move, aside from some pre-order bonuses) are included in the game for no extra cost.

The character customisation is by no means the broadest character creator you’ll find but instead lets the player select from several pre-made faces, body types, and voices. Although there isn’t a huge selection here, there is enough, and as a player, you don’t see your character all that much anyway.

But on the ship side of things is where the customisation magic really shines. Everything from the ships paint job and decals to interior dashboard items, and holograms can be altered. This is also where Star Wars Squadrons packs in some of it’s best easter eggs, with the likes of a hangable Millennium Falcon, Luke Skywalker toy or an Ewok figure for the New Republic, and a Death Star model, a Darth Vader figurine, or a severed protocol droid head for the Empire. 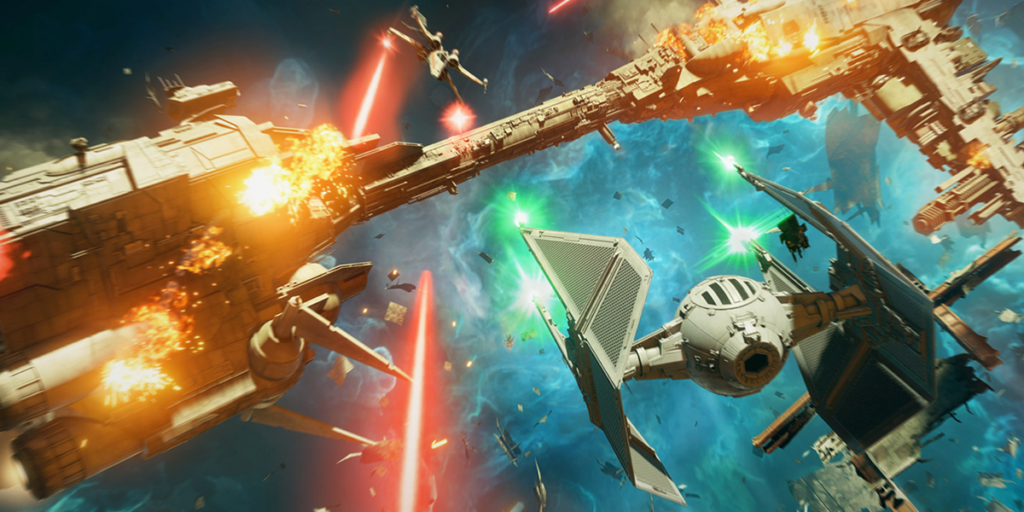 I’d argue that the biggest drawback for Star Wars Squadrons is the (lack of) variation in online modes. At launch, the game only has a Dogfight and Fleet Battle mode. As you would expect the Dogfight is a simpler battle between Imperial and New Republic starfighters, whereas fleet battles play more like an objective-based story mission with several shifting objectives to gain control of the map. And although both are great fun (and come with some offline practice modes) there just isn’t too much variation in the game once you’ve played through the available ships and maps, even with customisable weapons and load-outs.

All in all, Star Wars Squadrons is a very specific type of game, and won’t necessarily be the Star Wars game all fans will want. The story, although I’d argue stands well enough on its own, is a part of a campaign built to introduce players to a multiplayer game, and so likely won’t scratch the star itch of fans who wanted something like Jed: Fallen Order – but it’s important to remember that isn’t what Star Wars Squadrons was trying to be.

The game comes with a cheaper price tag and made it clear it was an online multiplayer Star Wars pilot simulator game, and it delivers exactly what it promised. Squadrons has some great and varied gameplay with plenty of options and a huge amount of customisation and individuality, totalling to a solid new Star Wars game that will likely build a dedicated and highly skilled fan base. Personally, I’ve never been all that into inside the cockpit pilot simulator games, but if something was going to get me into them it’s a Star Wars game, and more specifically it’s this Star Wars game. 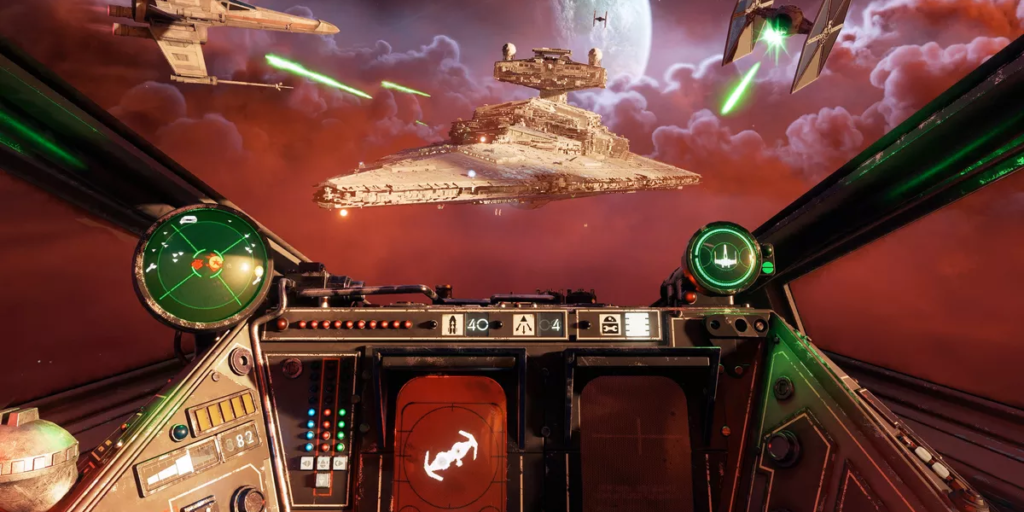 If you’ve enjoyed our Star Wars Squadrons review, check out our Jedi: Fallen Order Review, or our post for more Star Wars check out our Easter Eggs post for The Mandalorian, Clone Wars Season 7, or why The Final Season of the Clone Wars was the Perfect End to George Lucas’ Star Wars. 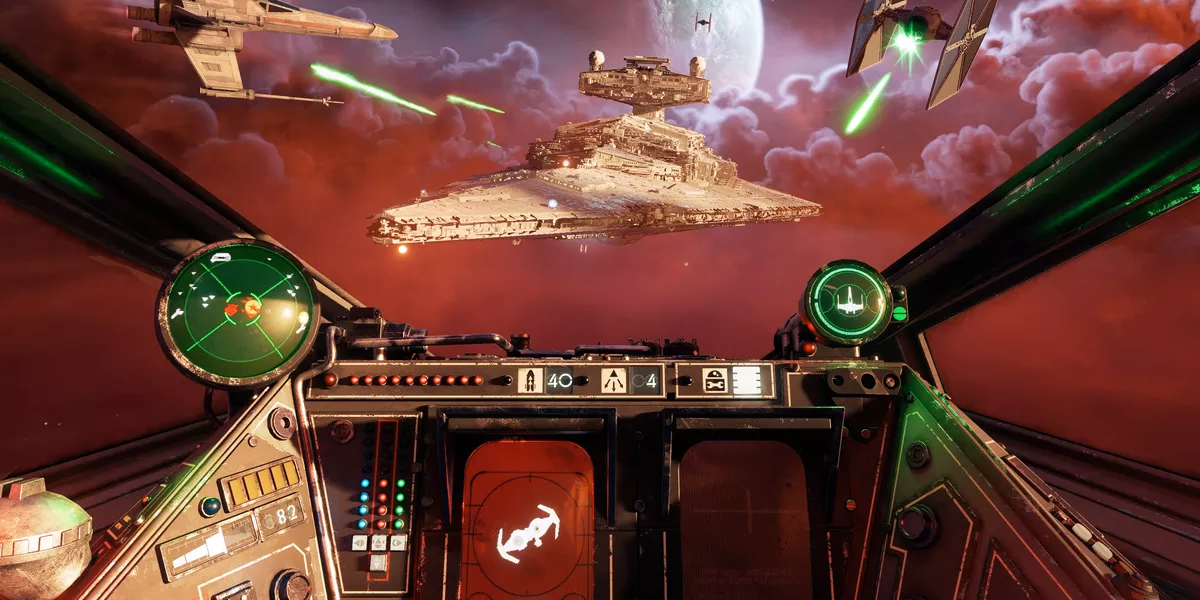