[Full Spoilers for Harry Potter and the Cursed Child]

Set nineteen years after the final book and film Harry Potter and the Cursed Child explores where Harry is nearly two decades after defeating Voldemort. The play takes a deep dive into how the consequences of his tortuous and traumatic childhood are still unfolding years later. 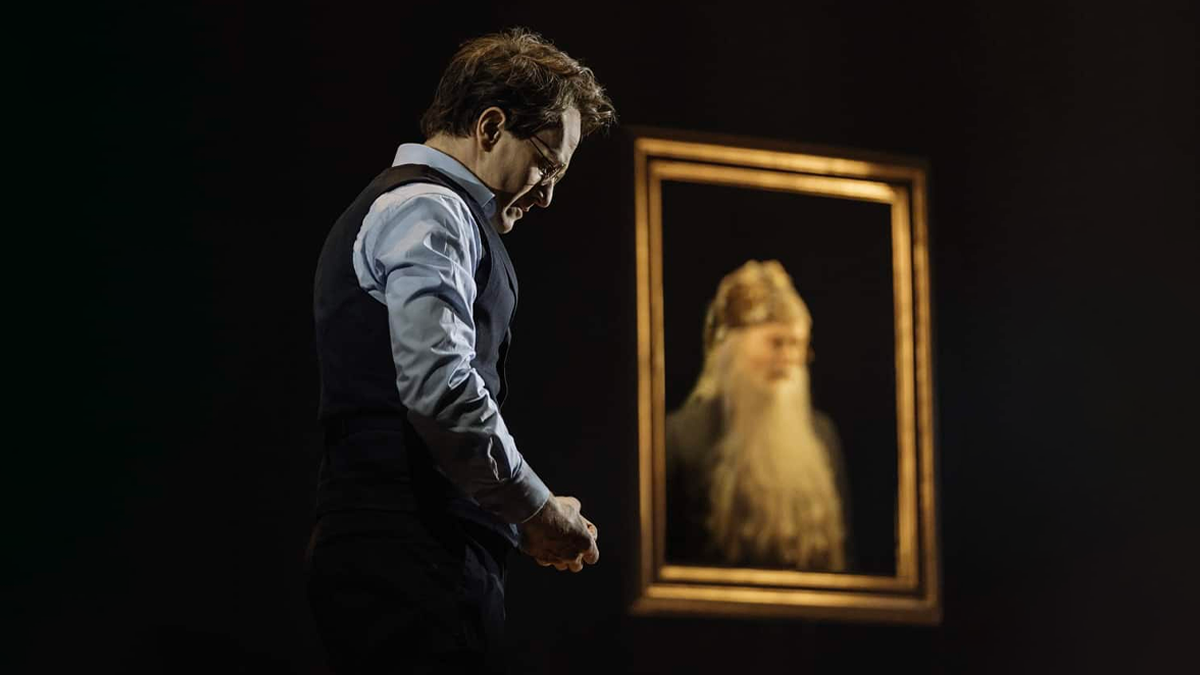 Cursed Child picks up during that final epilogue scene that closed the original series, and goes on to show that Albus Severus Potter, despite being told he can choose which house the Sorting Hat puts him in, ends up in Slytherin. Soon after the differences between Harry and Albus’ Hogwarts experiences become clear, namely with Albus only making one friend (compared to Harry’s two…); Scorpius Malfoy. By the time of Albus’ third year, the void between Harry and his son Albus grows to a boiling point.

As Albus isn’t particularly talented or powerful, doesn’t like quidditch and isn’t in Gryffindor it makes being Harry Potter’s son (a role that would already have a lot of pressure around it) that much worse. On Harry’s side, he struggles to connect with a son that he has so little in common with, and who seems to resent him for being the great and famous Harry Potter.

Although a lot of the focus is on Albus and Scorpius (who may be the standout of the story), we get a lot of depth in seeing where Harry is at this point in his life. He has a nice, loving, family, a job where he catches evil wizards, and pretty much everything you’d think young Harry wanted when he grew up, and yet something isn’t quite right. He struggles to connect with Albus because he can’t relate, and the expectation around who Harry Potter is to the wider wizarding world often gets in the way of who he really is. 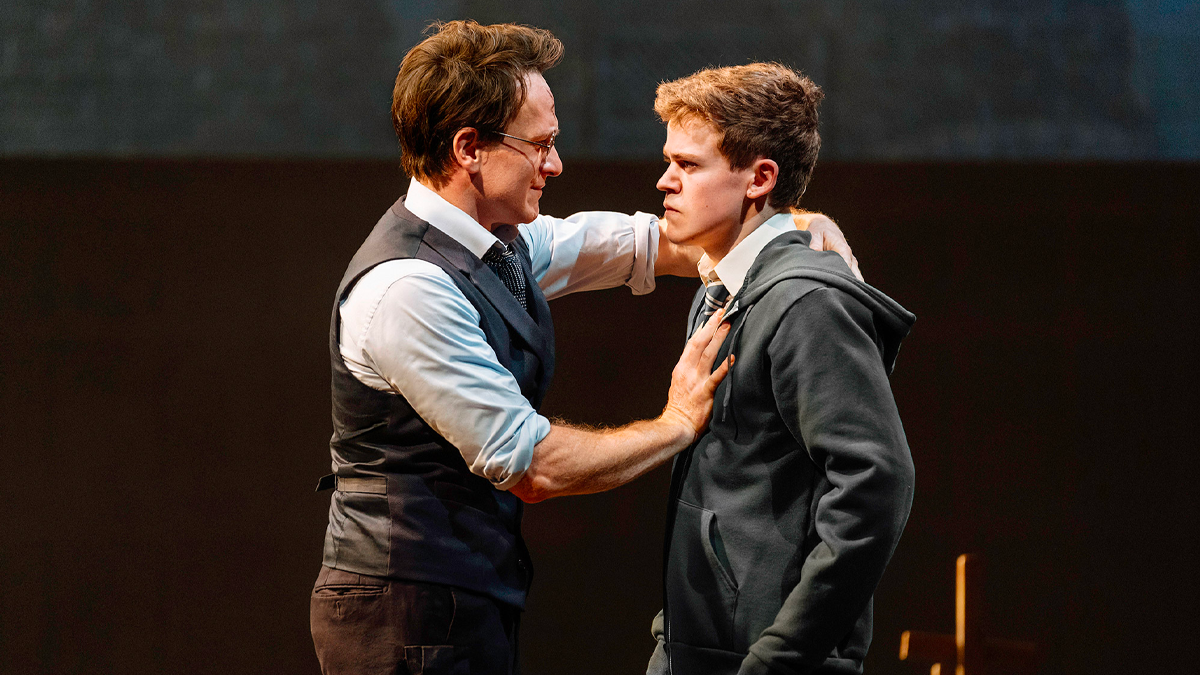 As Harry’s scar starts to hurt again (for the first time since Voldemort died), with it comes nightmares of the Dursleys, and although Harry has a relatively casual mention of Dudley giving him his mothers blanket from Petunia’s old things (implying a somewhat friendly relationship), it’s clear their mistreatment of him throughout his childhood holds a lasting mark on the adult Harry.

Towards the end of Cursed Child Harry points out that he didn’t have a dad to base his own role as a father on.

Ultimately the impact of how the Dursleys treat Harry clearly has an influence and, even if only on a subconscious level, it has given Harry an idea of what not to do with his own children – which in turn may be part of the problem (as avoiding what ‘not’ to do, doesn’t necessarily mean you’re doing the right thing – you’re just avoiding the wrong thing). 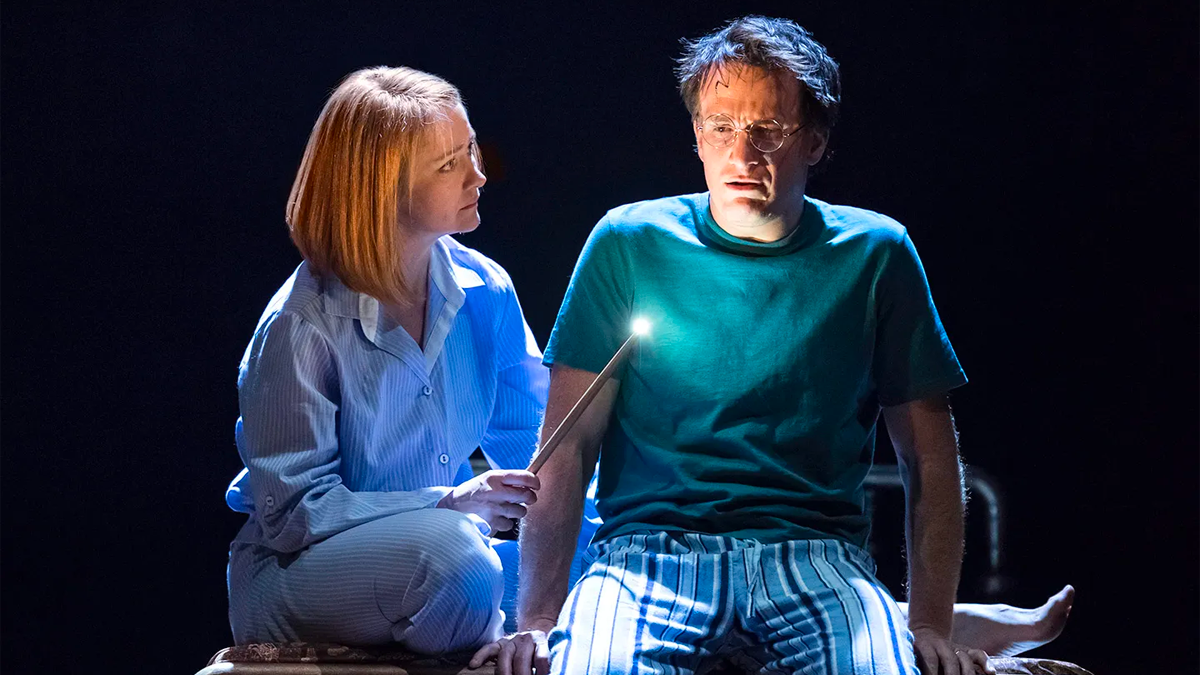 With Harry still as excited as ever to be out catching bad guys, but at the expense of his paperwork, it leads us to the idea that (arguably) Harry ignores the real work for the sake of the flashy fun part. And again this may be a part of why it takes him years to realise that there is a real disconnect between himself and Albus.

We can look to Harry’s very caged and helpless childhood as a reason why he’d want to be out exploring and helping, and by extension how that oppressive childhood led him to love Hogwarts so much, which later put pressure on all of his children to love it as well (in Harry’s defence it must be a pretty hard not to love it), and thus that lasting impact of his childhood is a clear issue in several ways.

What really adds that extra level of depth to Cursed Child is that it doesn’t just look at how Harry’s mistreatment by the Dursleys, or even his numerous near-death experiences as a child, are affecting his life decades later (all of which you’d assume to some degree), but it takes time to see how even some of the more positive relationships maybe weren’t all that helpful either, namely Harry’s relationship with Dumbledore. 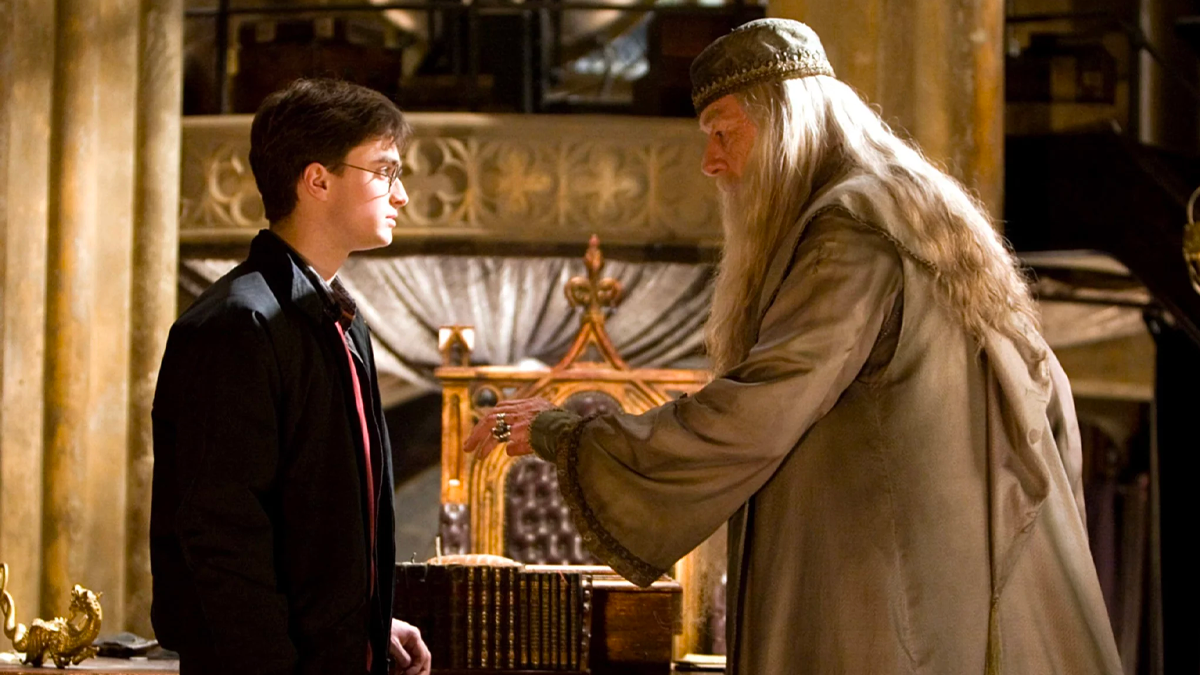 Dumbledore saw it as his responsibility to protect Harry at all costs (up until the point of his pre-planned death of course), and as such decided to keep a lot of information from him. This led to a pretty imbalanced relationship that even after Dumbledore’s death Harry doesn’t fully understand. In many ways, a similar relationship has formed between Harry and Albus (Potter, not Dumbledore), where he is trying to shield Albus from the wider world and the dangers he faces. It becomes clear that Harry just wants his son to go to Hogwarts and have as much fun there as he did (seeming to forget that he was in near-constant danger during his time there).

And so despite Dumbledores’ flaws, and even with Harry knowing about those flaws, this middle-aged Harry has ended up a lot like his old Headmaster. One of the main ways is that he has a sort of facade out in public as a great, famous, and powerful wizard, but in private has a number of deep-running problems (similar to the secret and somewhat dark past of the Dumbledore family, and Dumbledore’s own connections with Grindelwald).

Although the whole idea behind the Cursed Child is that for Albus the ‘curse’ is the legacy that comes with being Harry Potter’s son, it is a little unfair to outright say that Harry is a bad parent. Harry and Ginny’s other two children, James and Lilly, both seem to be better adjusted to dealing with the pressures of being a Potter and have a much better relationship with Harry. Not that a “two out of three” argument lessens Harry’s responsibilities to Albus, but it’s worth noting he isn’t an all-out dysfunctional parent and is struggling with Albus specifically. 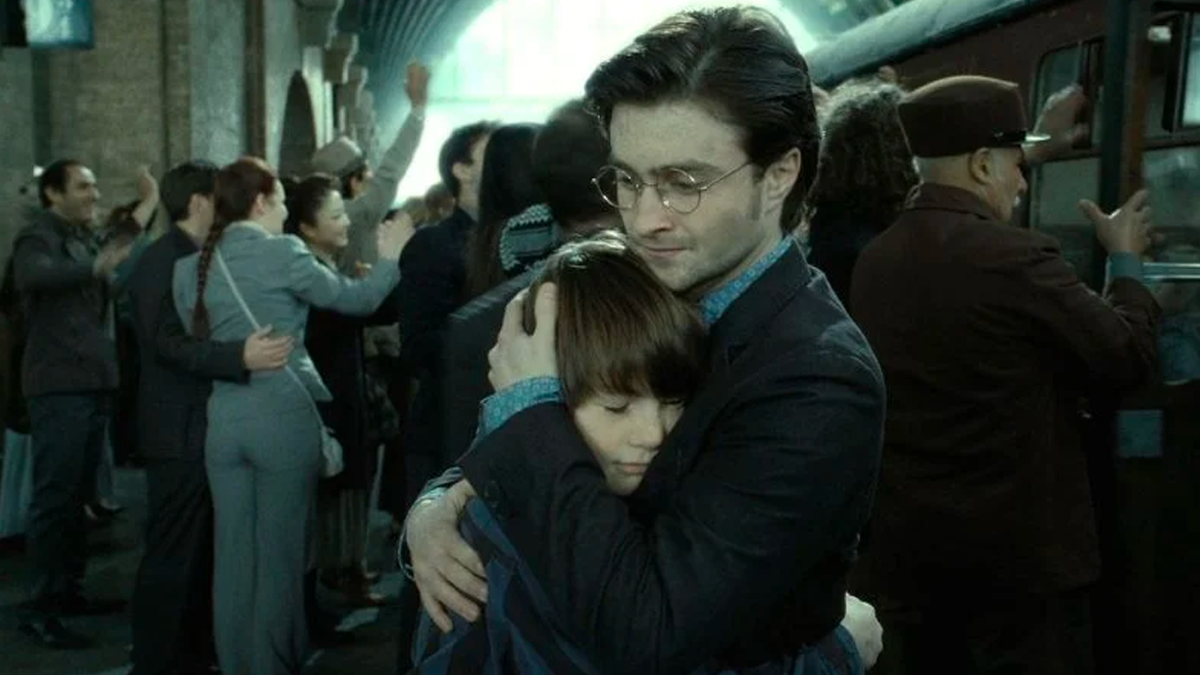 Harry Potter and the Cursed Child proves to be not only a great continuation of the Harry Potter story but an in-depth and emotional look at what a chaotic and traumatic childhood would do to someone. The story manages to show that all isn’t well at all, and deliver a heartfelt story on Harry and his family whilst twisting, turning and intertwining more with the original story than you would have ever thought.

If you’ve enjoyed our look at How the Harry Potter and the Cursed Child Explores the Lasting Impact of Harry’s Childhood and don’t forget to like and subscribe to the channel for lots more Pop Culture Content. 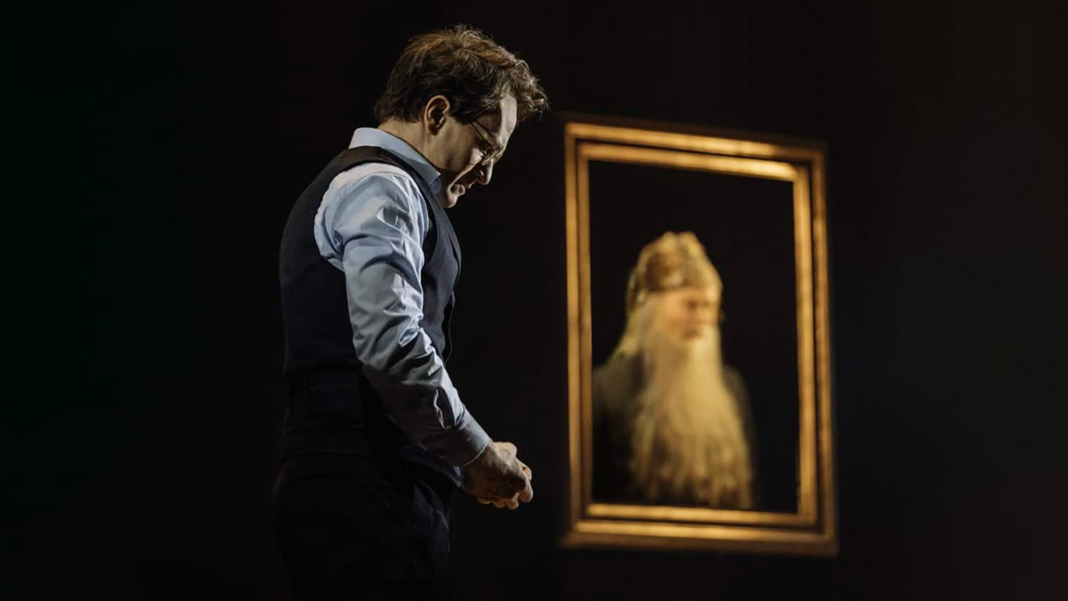