Based on the novel from Thomas Wheeler and Frank Miller, Netflix’s Cursed adapts the new take on the Arthurian legend, which puts the Lady of the Lake at the centre of the story. The ten-episode series adapts the book well, but still adds plenty of new and original detours of its own, all of which totals to a solid debut for Cursed.

Although the show and book are advertised around the idea of knowing that the main character, Nimue, will eventually become the Lady of the Lake, that is in itself a somewhat significant spoiler to those familiar with Arthurian legend – thankfully the various versions for the story convolute the Lady’s role, meaning that this is just another take on the story and knowing that Nimue eventually becomes the Lady is only a light spoiler (especially given the different take on characters like Arthur and Merlin).

The setting for Cursed finds Nimue, a young magical being from a clan of Fey (fairy-like magical people), in the middle of an oncoming religious crusade across Britain. The Vatican has sent in Father Carden and his Red Paladin’s to destroy the Fey villages across the country, while King Uther Pendragon and his advisor, the fabled Merlin, takes a back seat.

The series (and book) put Nimue in the path of Arthur, a mercenary and along the way they encounter Cursed’s version of likes of Lancelot, Percival, Gawain, (all of whom are Knights of the Round table in the legend), and Guinevere, who would eventually become Arthur’s wife. 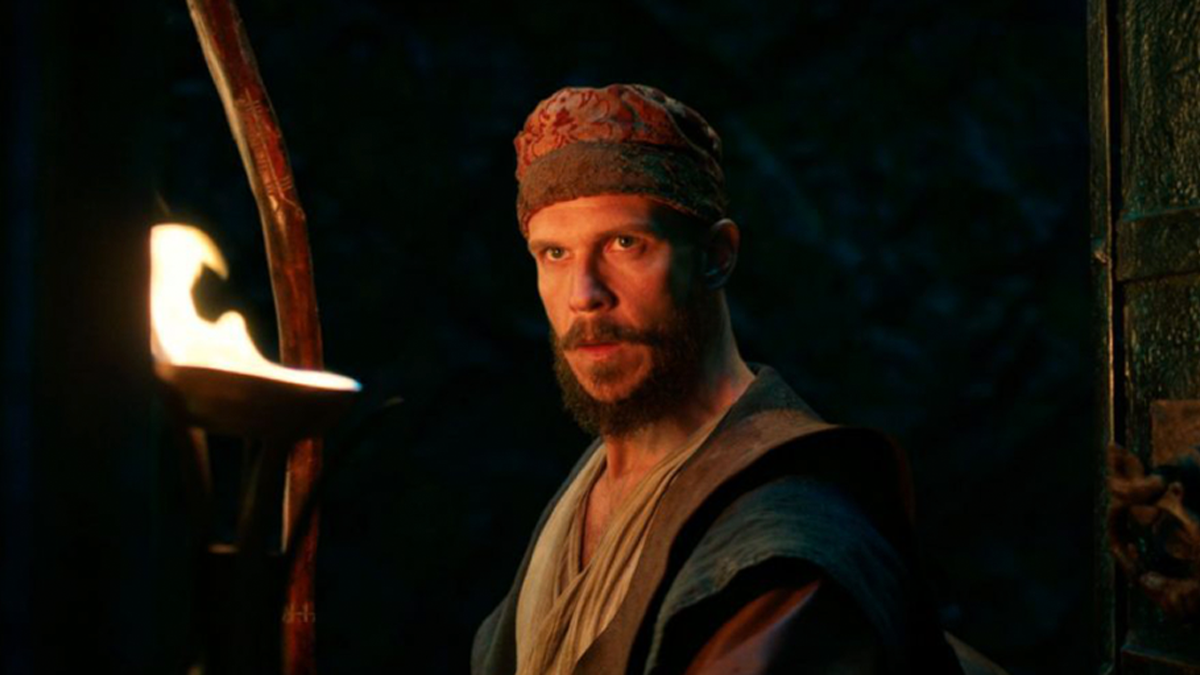 Each of these comes with a new twist that links them with either the invading church, the existing Pendragon royalty (with Uther not being Arthur’s father as it is in the traditional story), the attacking Vikings, or the various Fey kind who are on the verge of extinction, and rebellion.

The show is led by 13 Reason’s Why’s Katherine Langford as Nimue, who does a great job of bringing the character to the screen, keeping a strong balance of rebelliousness and power. Along with a more evident toll from the sword than we get in the book.

Arthur is played by Devon Terrell, who brings a new edge to the would-be king, with a more tragic backstory, and a real drive for redeeming his honour, this is a new type of Arthur, and although he isn’t there yet, one that will make a good king in the end. 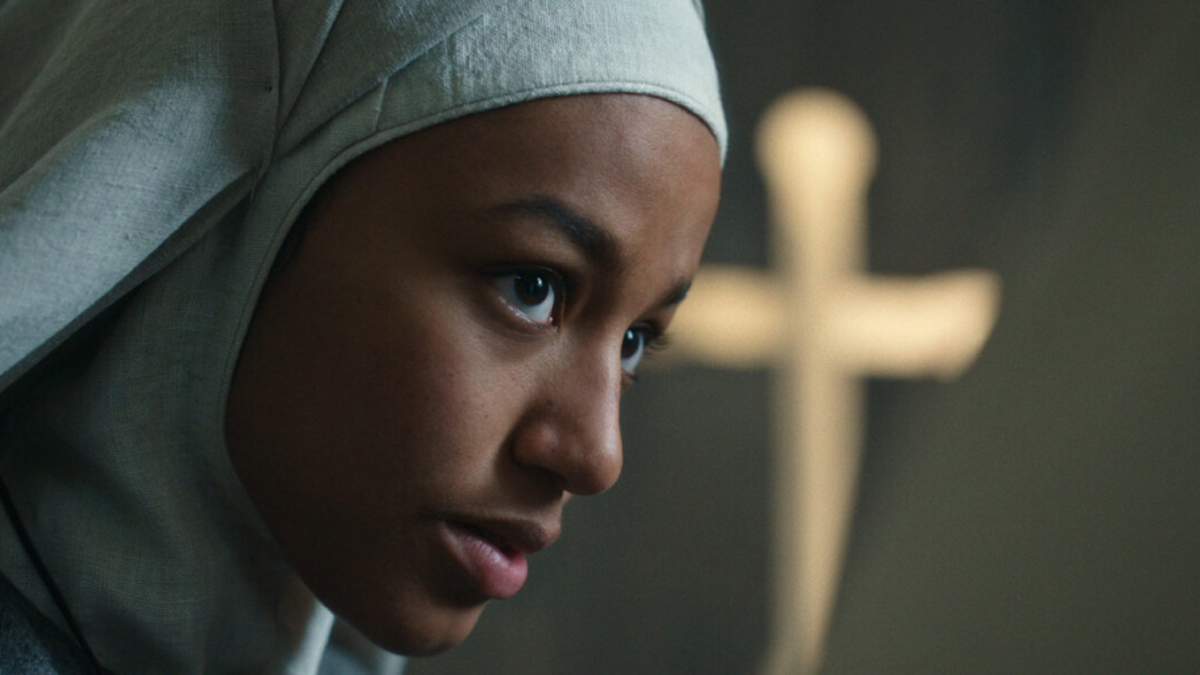 Like Arthur, Merlin is wholly reinvented and is now powerless drunk, who has lived through generations of bloodshed. Merlin is seen as a traitor to his kind, and a drunken has-been to humans. Gustaf Skarsgård delivers a charming take on the ancient Wizard, whose backstory underpins the entire show. Morgana is played by Shalom Brune-Franklin, who has a wholly new storyline in the show, one that brings her more in line with the version of the character from Arthurian legend.

The cast is rounded out by Daniel Sharman as the Weeping Monk, the Red Paladin’s most ruthless warrior, Sebastian Armesto as Uther Pendragon, Lily Newmark as Pym, Peter Mullan as Father Carden, Matt Stokoe as Gawain, and Emily Coates as Sister Iris.

I would argue that some of the diversions that the show takes add more quantity than quality, particularly early on. In some cases, the live-action adaptation attempts to neaten things up, but in the end, perhaps just makes them more complicated. One example is how Morgana is still at the abbey (whereas she had left years earlier in the book). In the series, it is there that she meets Nimue and Iris, and it gives some context to her arc and relationship with Arthur and also gives a practical reason for Nimue finding the Red Paladin’s plans. 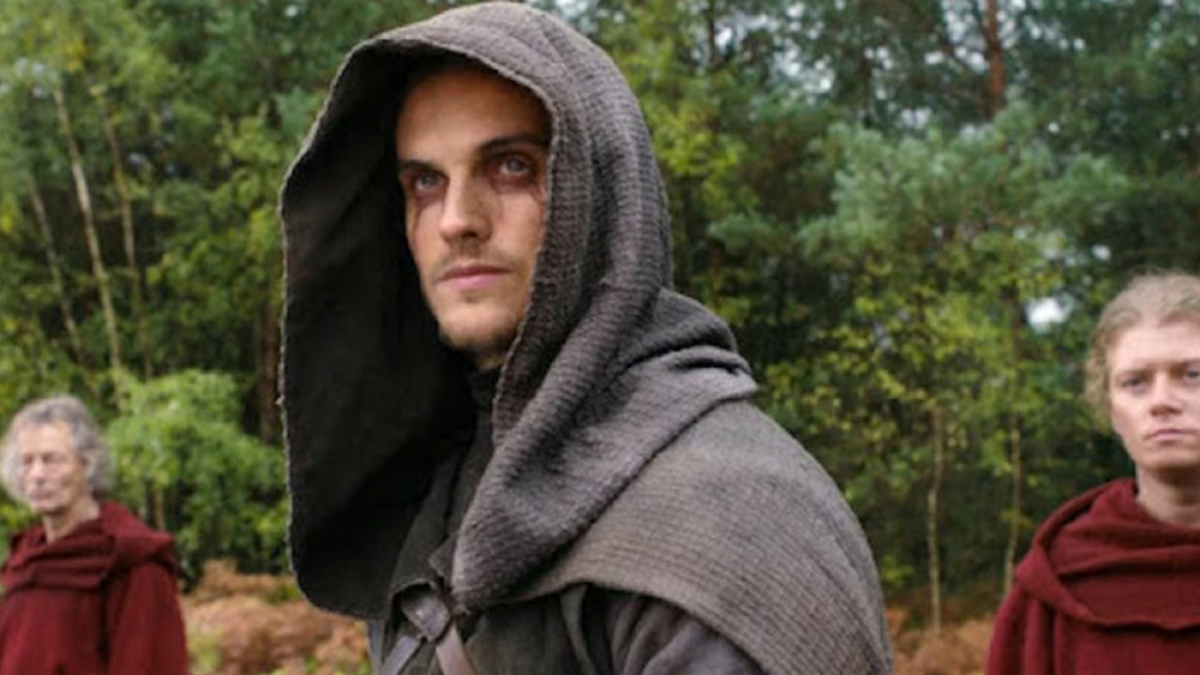 But at the same time, the book has it where Iris is already a part of the Red Paladin’s, Morgana is free from the Abbey and already helping the Fey, Arthur takes Nimue straight to her and the refugees, and Nimue finds the plans on the Paladins she kills in the lake (which we see in the show anyway). So although in one way it neatens some things up, in others it feels a little like taking a long way round, especially given that it gives much of the same encounters, in the end, it just removes some elements to use them elsewhere.

That isn’t a massive criticism, and I’d just argue that in some parts of the show, particularly early on things were added to areas to help flesh things out that perhaps didn’t need it, rather than filling later gaps in the book.

But that argument goes both ways, as thanks to those early detours, there are plenty of brand new elements later on, such as the Fisherman assassin hunting Merlin, Pym’s survival, some more exposition on Merlin, and a very interesting and wholly new storyline for Morgana. All of the additions add something new to the show, which makes it work for fans of the book and newcomers. 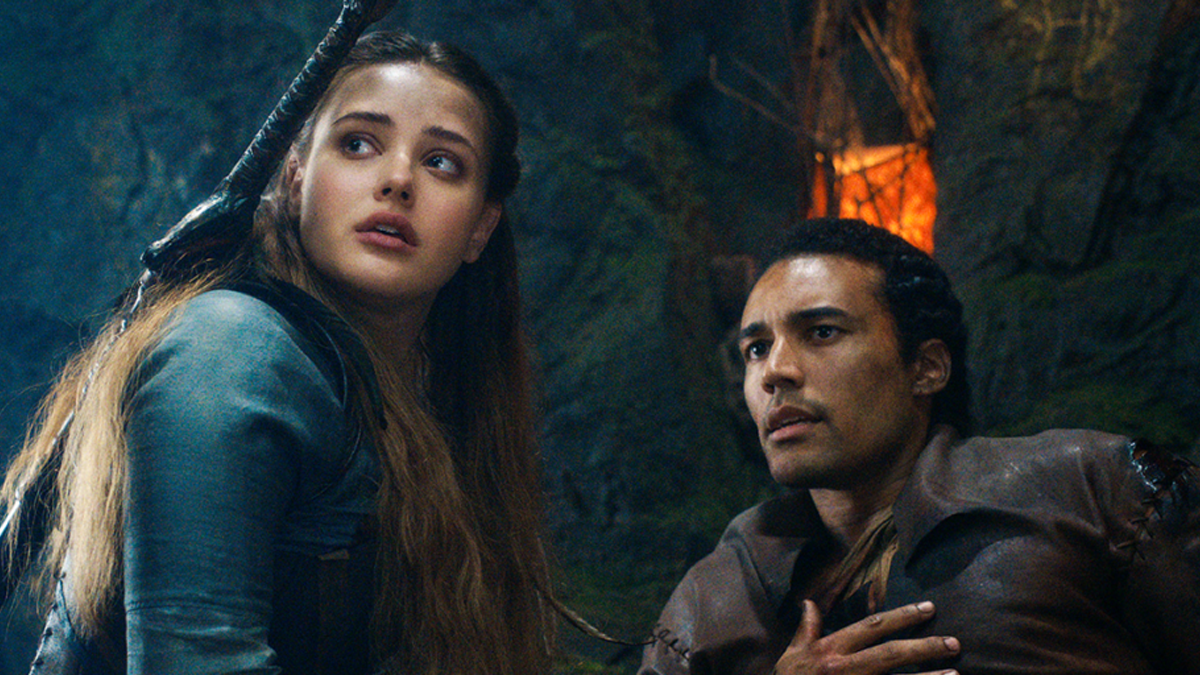 Overall, Netflix’s version of Cursed delivers a great new twist to the story of Arthur and Excalibur, and throughout the ten-episode series manages to balance adapting the book with bringing something fresh and different from the source material. The series ends on a very open note, one which will hopefully be resolved in future seasons which further detail this new take on one of the most famous legends. 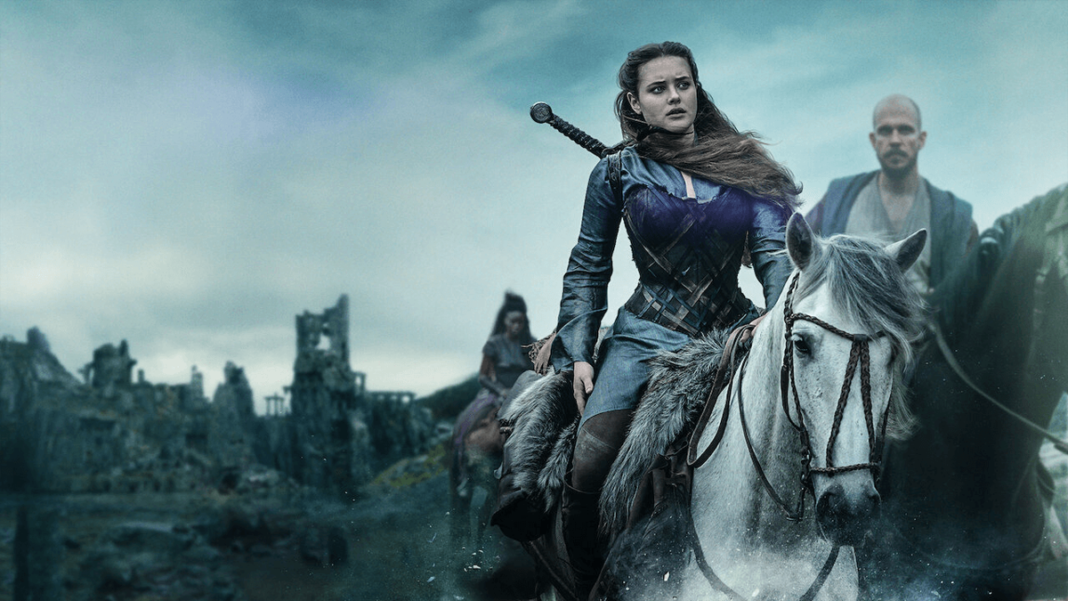