Count Dracula is one of literature’s most enduring characters, having been a mainstay in some form or another ever since his inception. One hundred and twenty-three years after his debut comes the latest on-screen incarnation of the character from Sherlock co-creators Mark Gatiss and Steven Moffatt. The BBC and Netflix three-part series modernises the story of Dracula both in a thematic sense, looking at the original story through a modern-day lens, and a literal one, by actually bringing the character into 2020. Although it perhaps looses some of its steam in the third episode, this latest adaption of Dracula sets itself up as one of the best on-screen versions of the character, combining a real sense of emotion, fear, and some surprisingly effective humour, totalling to yet another great reimagining from Gatiss and Moffat. 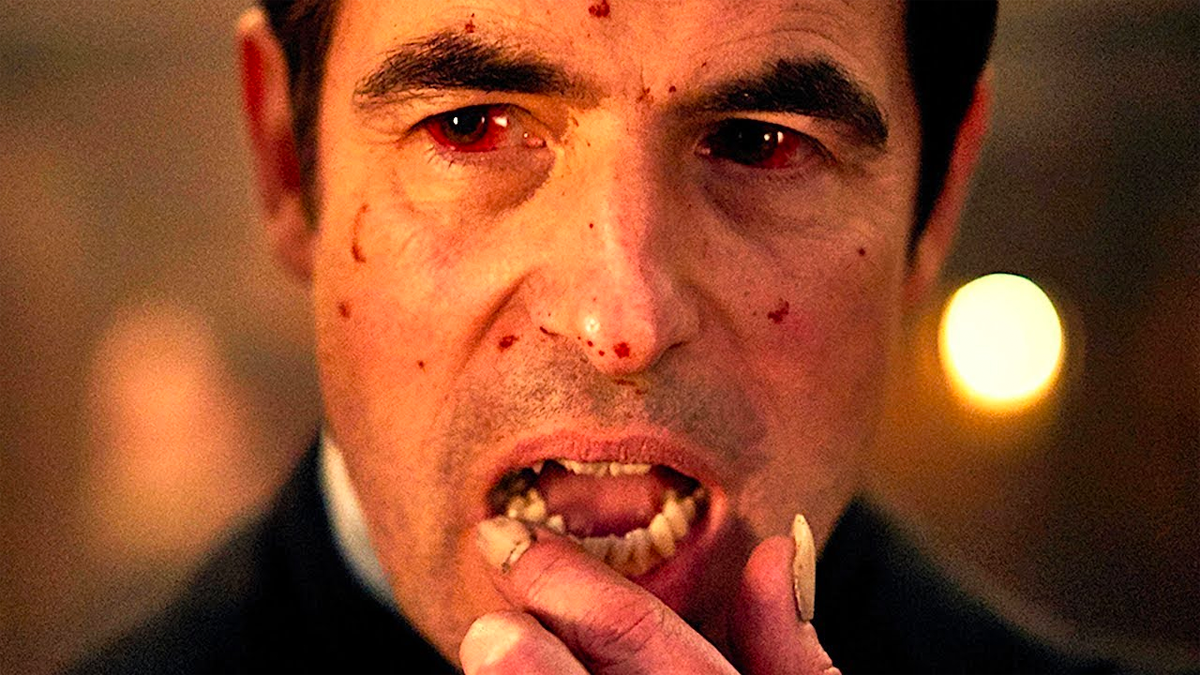 Interestingly the legend of Dracula, and how a modern audience would recognise the character has been built piece by piece, elements such as his two fangs (rather than a complete set of pointed teeth), his large collared cloak and dashing good looks were all added in subsequent adaptations, absent from the original book. This already varied legacy of a character built by reinvention lends itself perfectly to the team behind Sherlock, who made bringing Sherlock Holmes into the modern-day look easy. Stephen Moffat also wrote Jekyl, a modern-day adaption of Dr Jekyll and Mr Hyde, for the BBC – making Dracula his third modern-day update of a classic victorian-era story.

Keeping in mind what worked with Sherlock, rather than attempting to force the old and the new together in a haphazard way (as so many modern-day reboots do) the latest adaptation blends the two in a way that respects both. A new take on some key elements of the original story, such as Johnathon Harker’s journal entries, the vampire hunting Van Helsing, and in particular the rules behind vampires, are all reinvented and yet keep the intended spirit.

The first of the three episodes is the most traditional, at least it starts off that way. Viewers see Johnathon Harker arrive at Castle Dracula and his life slowly drained away as the aged Count becomes younger. The story is even retold via what seems to be Harker’s journal as in the book. 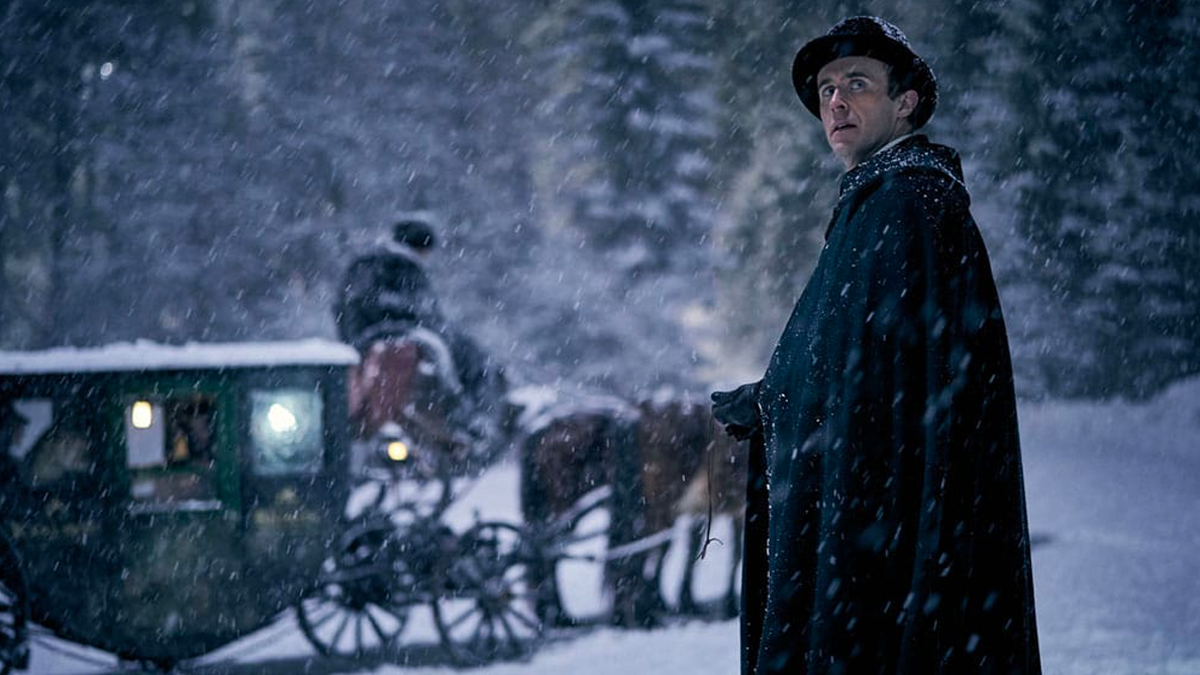 But The Rules of the Beast ends with several huge twists on the original story, including Dracula hunting Harker to the convent he escaped to, the reveal that Harker is un-dead and can’t be trusted not to kill his fiancé Mina, and the nun leading Harker’s questioning is revealed to be the latest version of Van Helsing, converting a bit part ‘Sister Agatha’ from the original book into the vampire hunting Agatha Van Helsing.

The second episode, Blood Vessel, takes the mixture of old and new even further by dramatically expanding upon Dracula’s journey to England. In the original book, Dracula’s voyage to the new world is only a few pages and is framed as a Captain’s log of the crew going missing throughout the journey. In this latest version, the trip to England turns into a murder mystery where the vampire is masquerading as one of the regular passengers, having collected a group of prospective victims each of which can give him something he wants throughout his journey.

Blood Vessel’s closing scenes show an almost defeated Dracula arrive at Whitby beach as in the original book. He walks to shore after the ship is destroyed, but yet another twist comes with a helicopter highlighting the Count as he is surrounded by an assault rifle-wielding team of mercenaries, and what appears to be Agatha Van Helsing, despite her death shortly before. 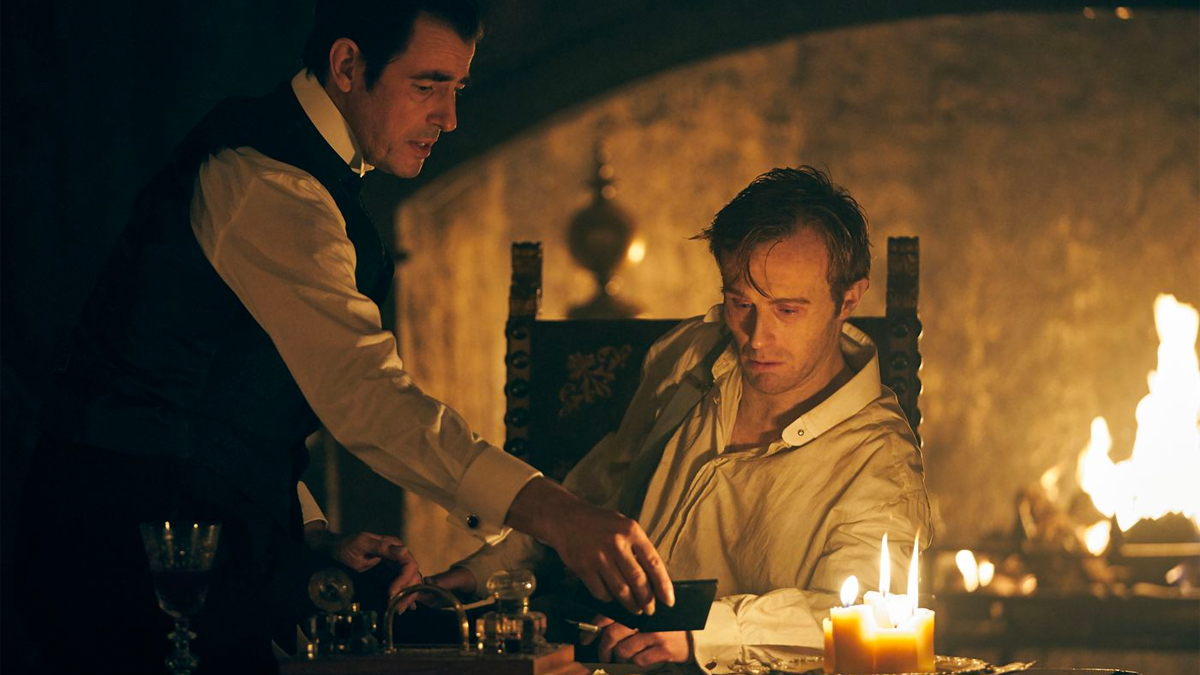 The twist of quite literally bringing Dracula to the modern day is superbly executed and manages to turn an already unique adaption on its head. The final episode, The Dark Compass, is then a Sherlock-esque blend of most of the original Dracula book into the modern day. This approach with a few new takes acts as the icing on the cake to an intriguing, compelling and excellently executed reimagining of Dracula.

Although the story that this version of Dracula presents is unique and intriguing on its own, it is boosted by an incredible cast. Claes Bang’s incarnation of Dracula is everything a die-hard Dracula fan, a casual observer, or a complete newcomer could want. He combines his good looks with an elegant charm, but always keeps a creepy undertone, and a quiet sense of danger and power. Perhaps one thing Bang’s Dracula succeeds in more than anything else is injecting near-effortless humour into the character, his Dracula is funny and charming and he knows it.

Matching Bang’s Dracula, is Dolly Wells as Agatha Van Helsing, and later Zoe Van Helsing (or ‘Zagatha’). Agatha starts out as a disillusioned Nun who is keen to learn as much as she can about Dracula but ultimately, despite her fascination, stops at nothing to kill him. Agatha becomes obsessed with not just the rules vampires are forced to live by, but the reason behind those rules. 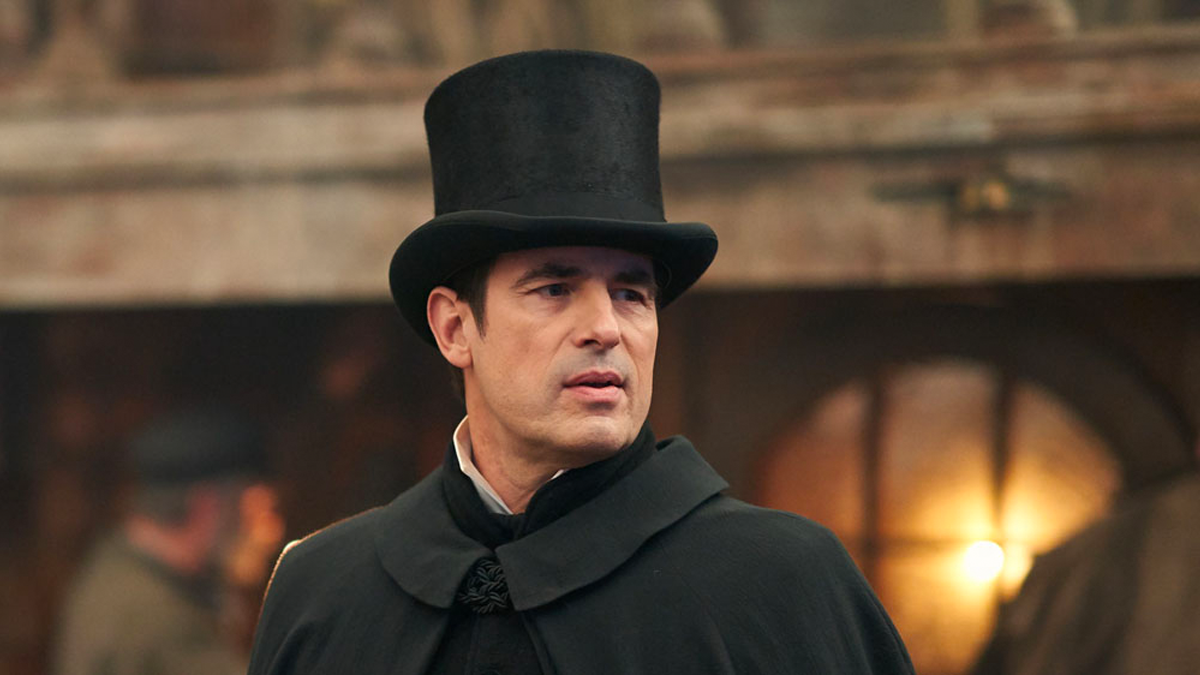 As Zoe, Agatha’s descendant in the modern-day who ends up partly reincarnating her ancestor, Wells brings another dimension to that same fascination playing two very different (and yet intrinsically similar) characters extremely well.

The rest of the supporting cast, such as John Heffernan’s Johnathon Harker, the passengers and crew aboard the Demeter and the modern-day versions of Lucy Westernra, Jack Seward and Renfield (played by Lydia West, Matthew Bears, and Mark Gatiss respectively) all round out the show perfectly, but the real crux of the series comes down to the dynamic between Dracula and ‘Zagatha’.

Purists of the original story and general vampire lore will likely love or hate how this latest adaptation handles the rules of vampirism. The show regularly questions why Dracula fears the cross, why he can’t go out in the sun, and why he has to be invited into a home. This leads to a very unique answer, which, simply put, is that he isn’t beholden to those rules at all. 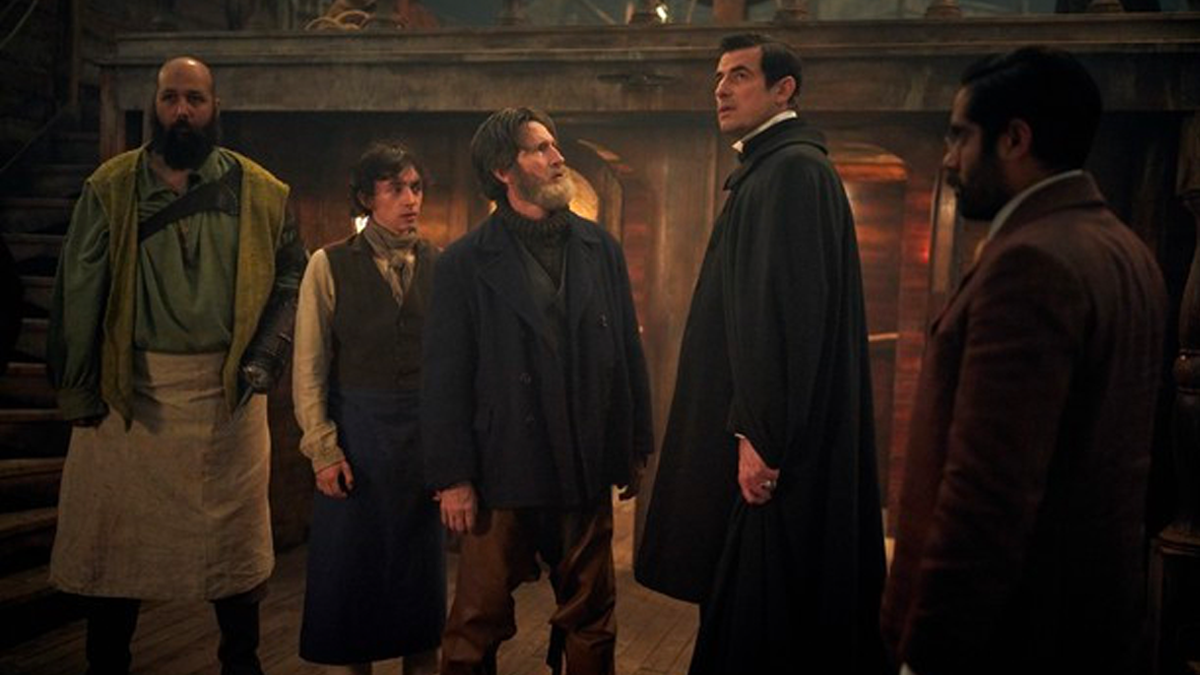 The show reveals that the many rules, myths, and mysteries surrounding Dracula are simply in his head and as ‘Zagatha’ eventually points out his real fear is death, more specifically that he can’t die honourably.

Dracula was once a ruthless warrior and has seen his family and sons die warriors and heroes, but has himself been reduced to a parasitic murder who can’t die at all, never mind with any honour. And so he has created a set of rules which revolve around hiding from the world (and the truth) and being welcomed in rather than being shunned away.

This new twist injects some considerable emotion into Dracula’s story, and cleverly uses what the audience knows, or thinks they know, about vampires. 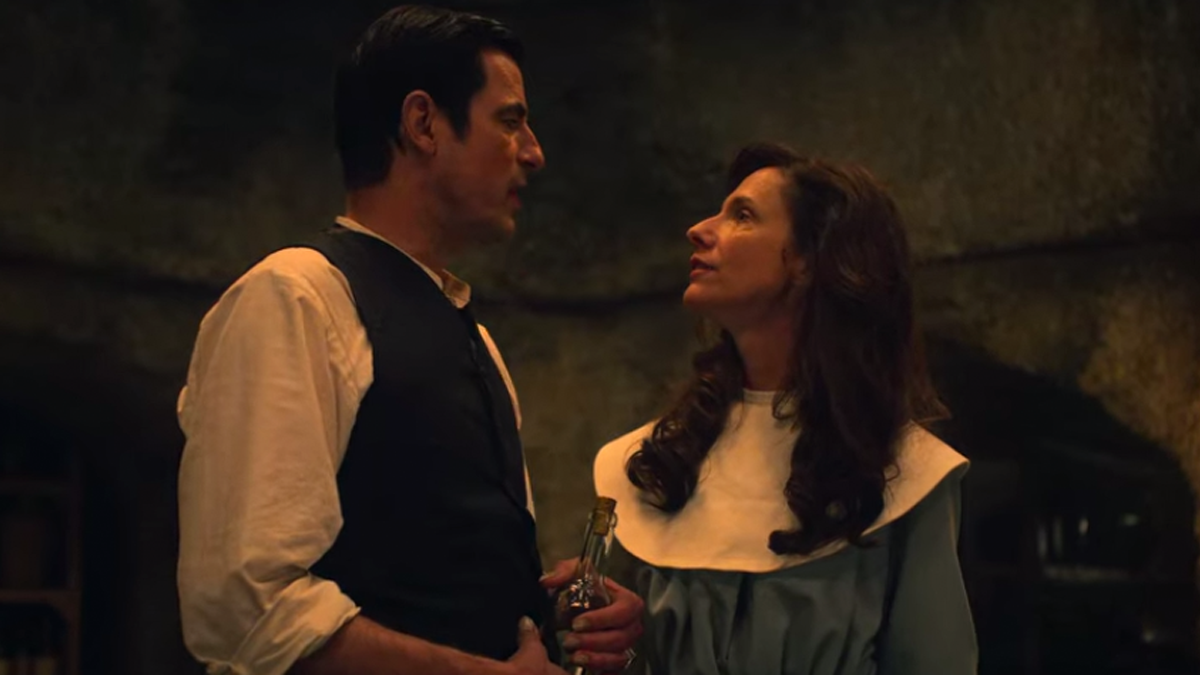 Admittedly the final episode feels a little rushed, which mainly comes down to things like the Johnathon Harker Institute being introduced, mostly unexplained, key to the plot at the beginning of the episode and then almost completely absent once Dracula escapes. Similarly, characters like Jack Seward and Lucy Westernra, who are great new versions, are met and left all in the space of one episode.

It would have helped their emotional arc, and horrific end, if we’d have spent some more time with them (perhaps a version of the story that jumps to the future at the end of the first episode). I’d argue that the final episode, therefore, relies a little too heavily on viewers knowing the original story of Dracula, and thus being able to fill in some blanks and knowing when and where this version differs. But most of this only applies to the final episode. If there are any future episodes they will surely explore things teased so far such as the Harker Institute and where it’s ominous financial backing really comes from.

The only other negative of the show is that ends on a rather final note, leaving little room for any continuation. Admittedly wanting more is hardly a bad thing, in fact, it’s the biggest compliment there is, and no doubt there could be more. Dracula could simply wake up and return to his evil ways out of disdain for once again being denied death. But that would in many ways tarnish the story the show has already told, and so it ends in a way that leaves you both wanting more, and not at the same time. 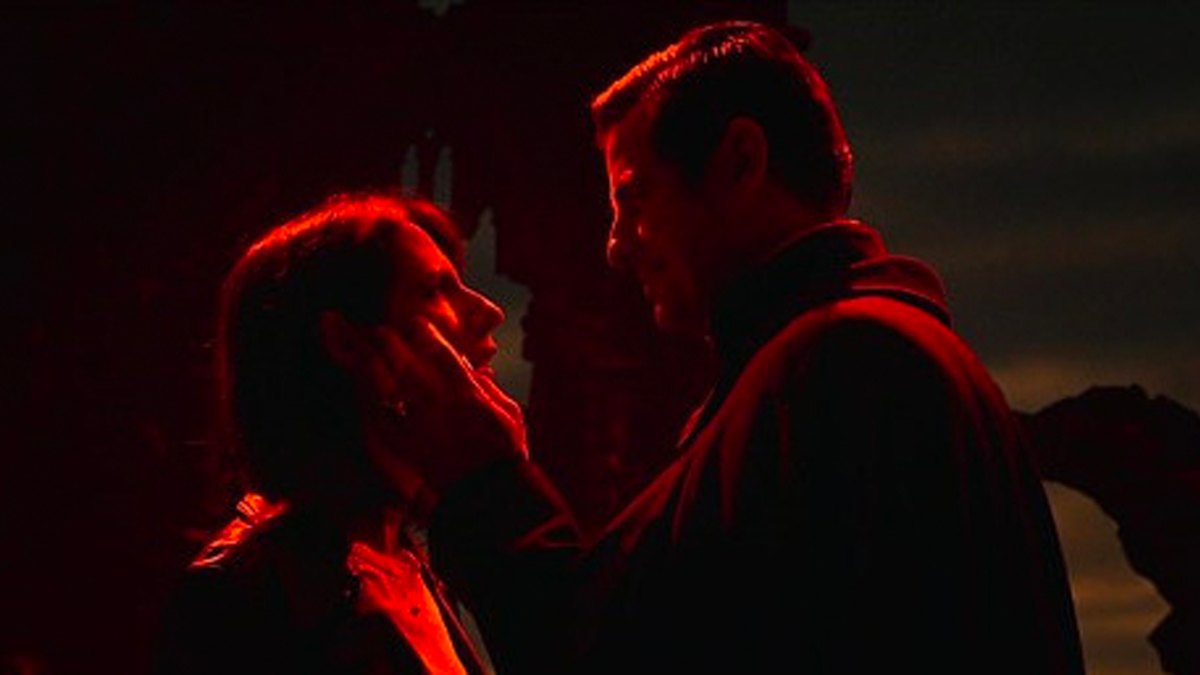 All in all this latest adaption of Dracula manages to capture the spirit of the original book and reimagine it perfectly. It delivers a clever new twist on a familiar story, the idea of Dracula in the modern day is after all something the original book did, by bringing a centuries-old monster into contemporary London. The show addresses vampire lore, myths and mysteries and adds a new level of tragedy and emotion to them, thanks to some intricate writing and some impeccable performances. The BBC and Netflix co-production from the team behind Sherlock is a beautiful, stylish, funny, creepy, and shocking adaption that is both fresh and faithful, all totalling to one of the best on-screen adaptions of Dracula. 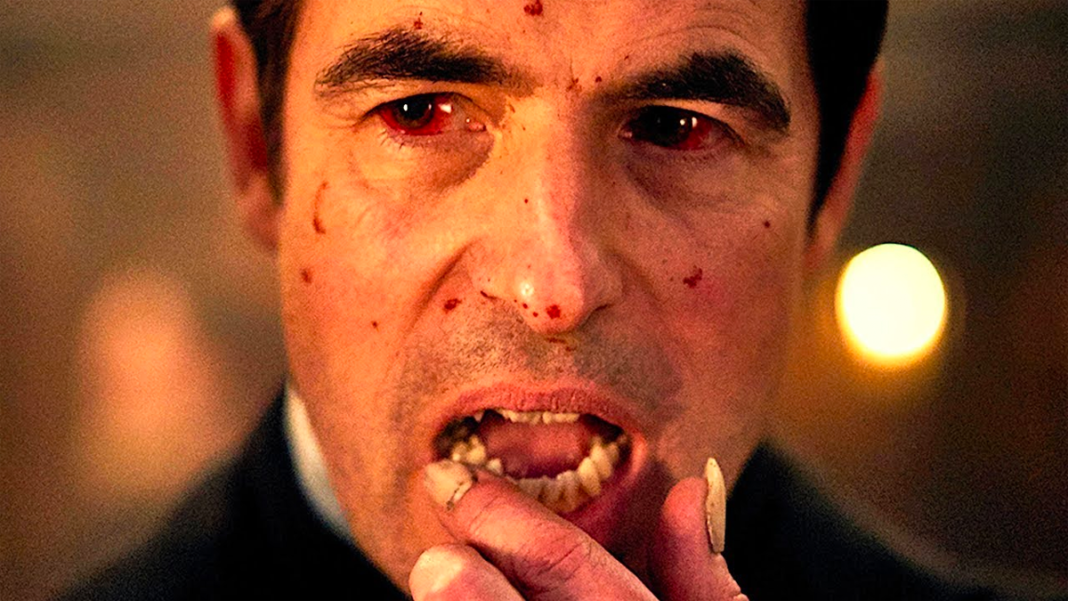 341
January 9, 2020
Previous articleThe Best MCU Scenes Taken Straight From the Comics
Next articleBirds of Prey is Fun, Fast, Frantic and Harley Quinn at Her Best
© Newspaper WordPress Theme by TagDiv