Over many movies and tv shows, the MCU has adapted decades of comics, and with that, the onscreen universe has managed to weave in several scenes ripped directly from the comics. In The Best MCU Scenes Taken Straight From the Comics – Part 2, we’re looking at some of the best so far…

Captain America has been deemed worthy to wield Thor’s hammer multiple times in the comics. But in the movies, it took over a decade of MCU films to get there. The fight with Thanos in Avengers Endgame, sees the super soldier finally lift Mjölnir on screen, and framing of the scene brings to mind the same moment from Fear Itself #7. 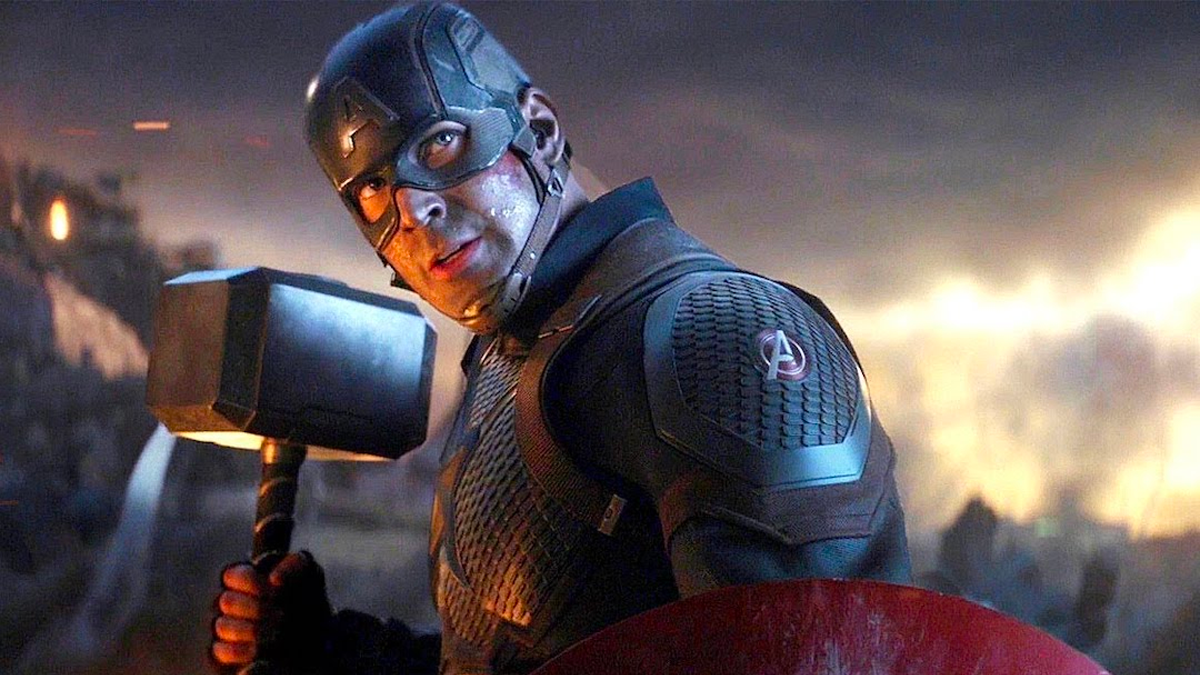 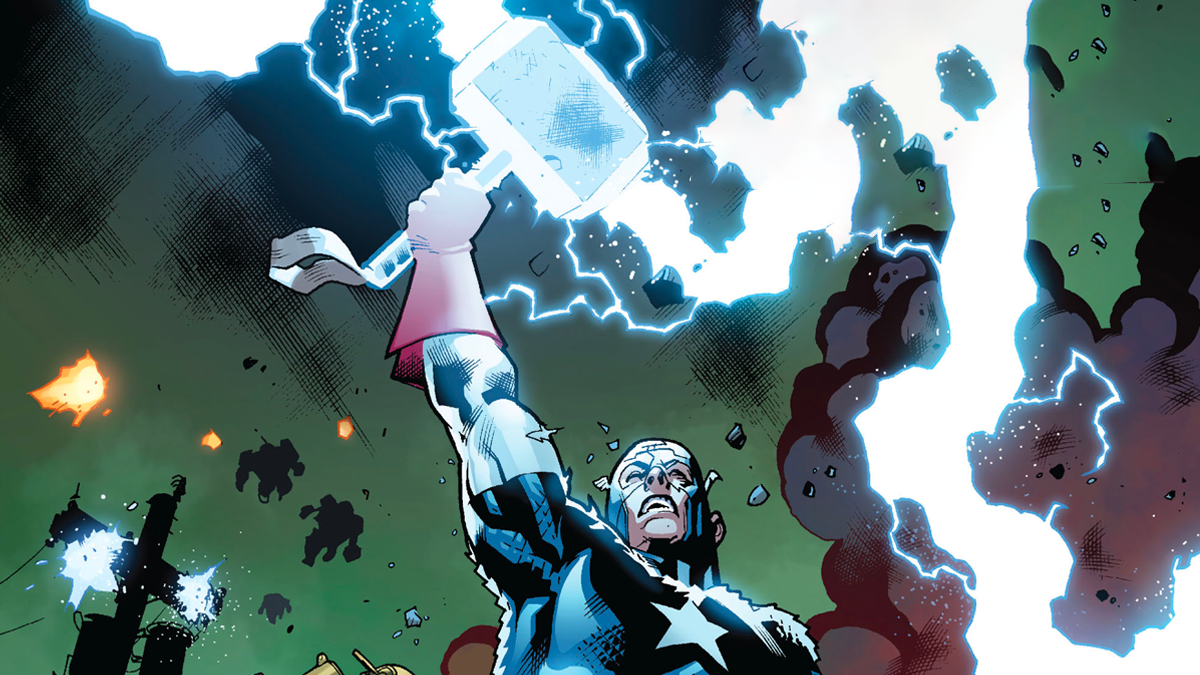 The Executioner, Des, and Troy

Thor: Ragnarok introduced Skurge the Executioner, a prominent Asgardian and regular enemy of Thor from the comics, to the MCU. In Ragnarok Skurge reluctantly teams up with Hella as she takes control of Asgard, but eventually turns on her. Using his assault rifles, that he got from Tex-‘arse’, Skurge recreates a scene straight from the pages of Mighty Thor #362. 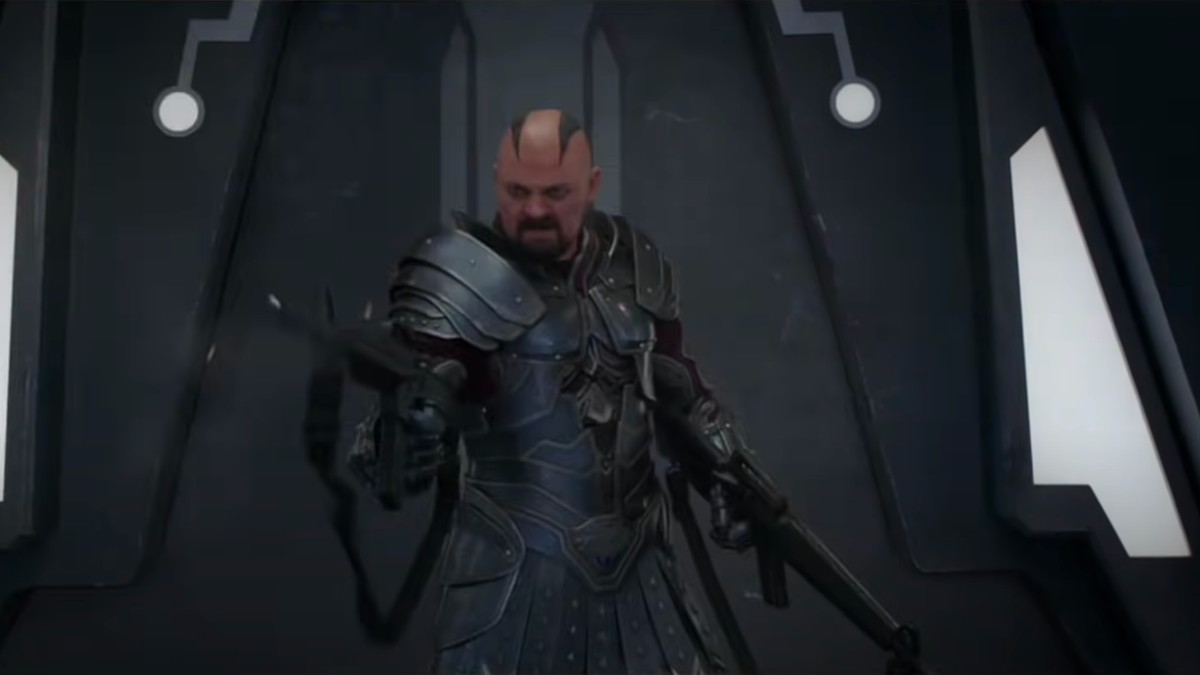 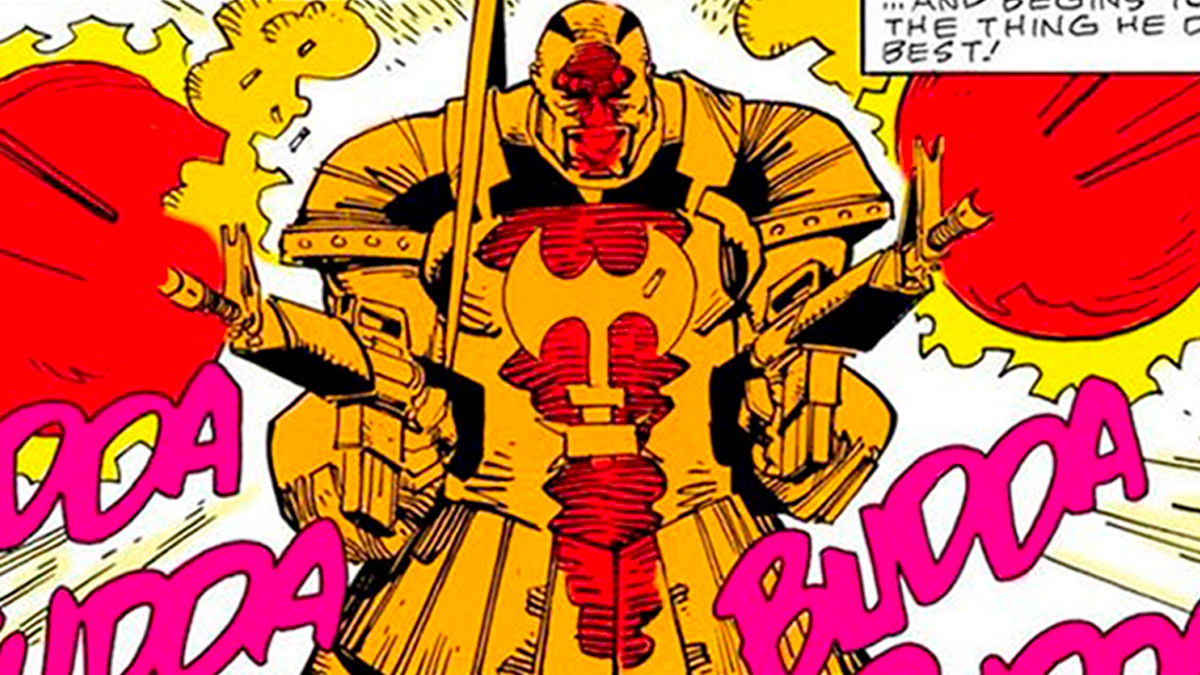 During the climactic battle of Avengers: Infinity War Scarlet Witch destroys Vision so that Thanos can’t have the Mind Stone. Unfortunately for the Avengers (and the universe), Thanos simply rewinds time with the Time Stone and pulls it from Vision’s head. The framing of the scene and Vision’s loose wires looks just like the same scene in the Infinity Gauntlet comic. 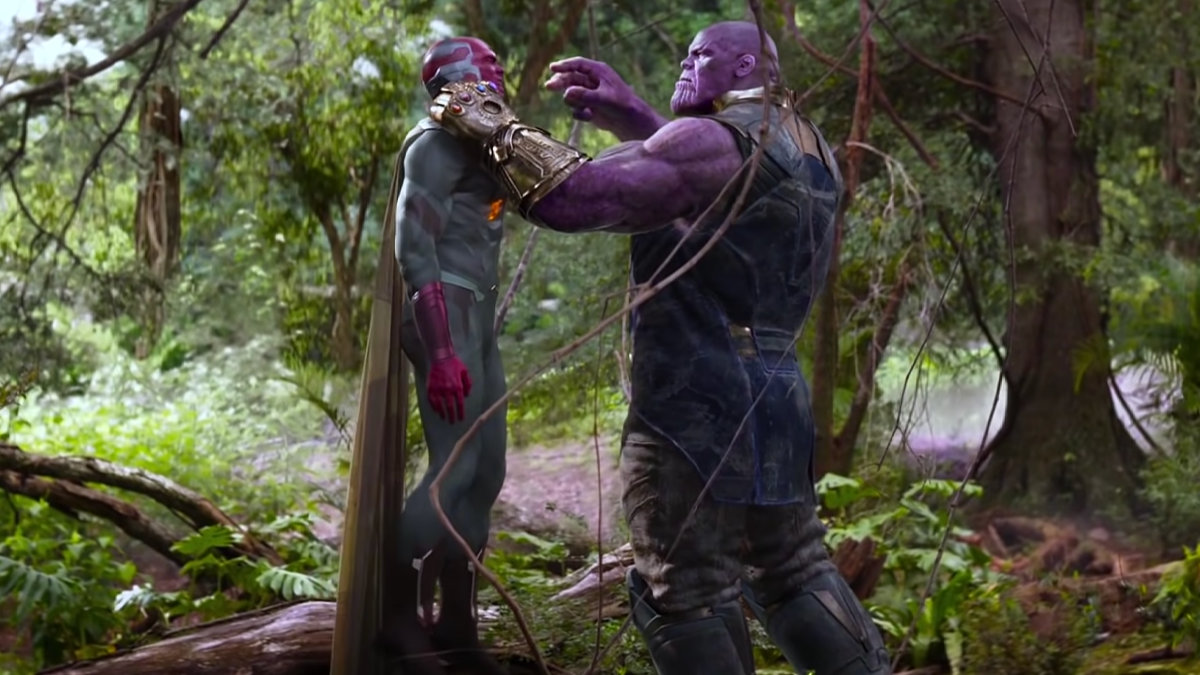 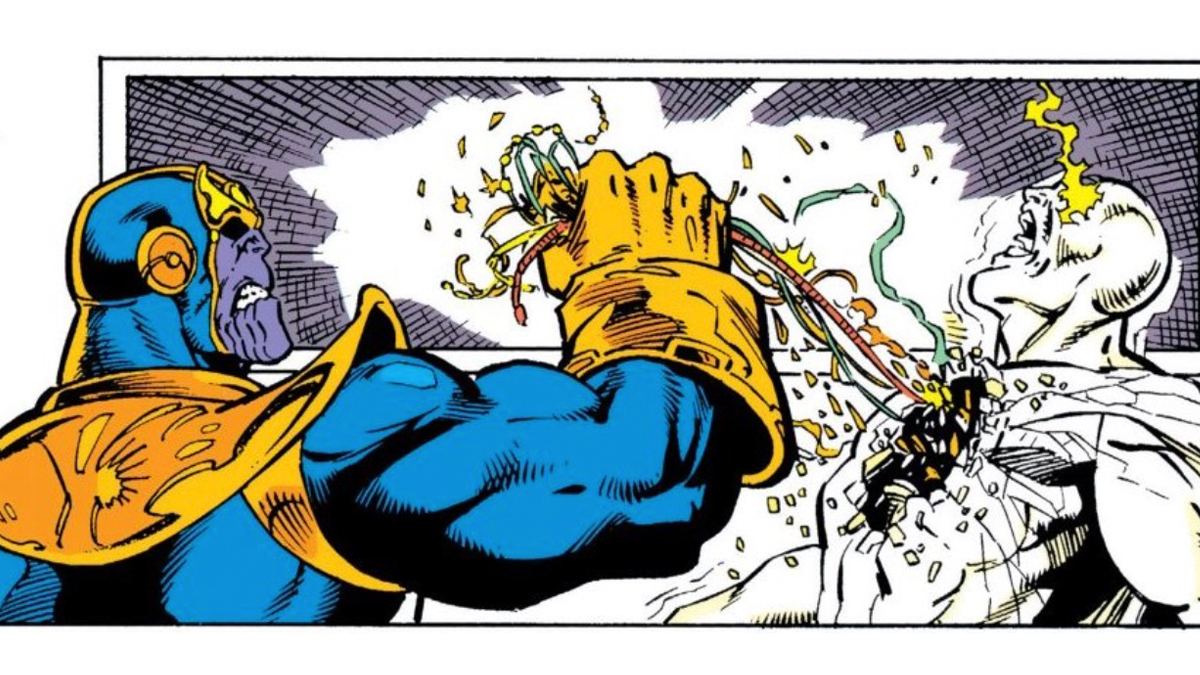 Loki on the Throne

A huge part of Loki’s character is ingrained jealousy towards his adoptive brother Thor. With that also comes a lust for the throne of Asgard. In a scene from the first Thor movie, where Loki was arguably more ‘mischievous’ (and a just little murderous) than the outright villain of Avengers, we see him take the throne of Asgard after Odin falls into the Odin’s Sleep. The way Hiddleston’s Loki sits in the throne mirrors the cover from Thor: First Thunder #2 perfectly. 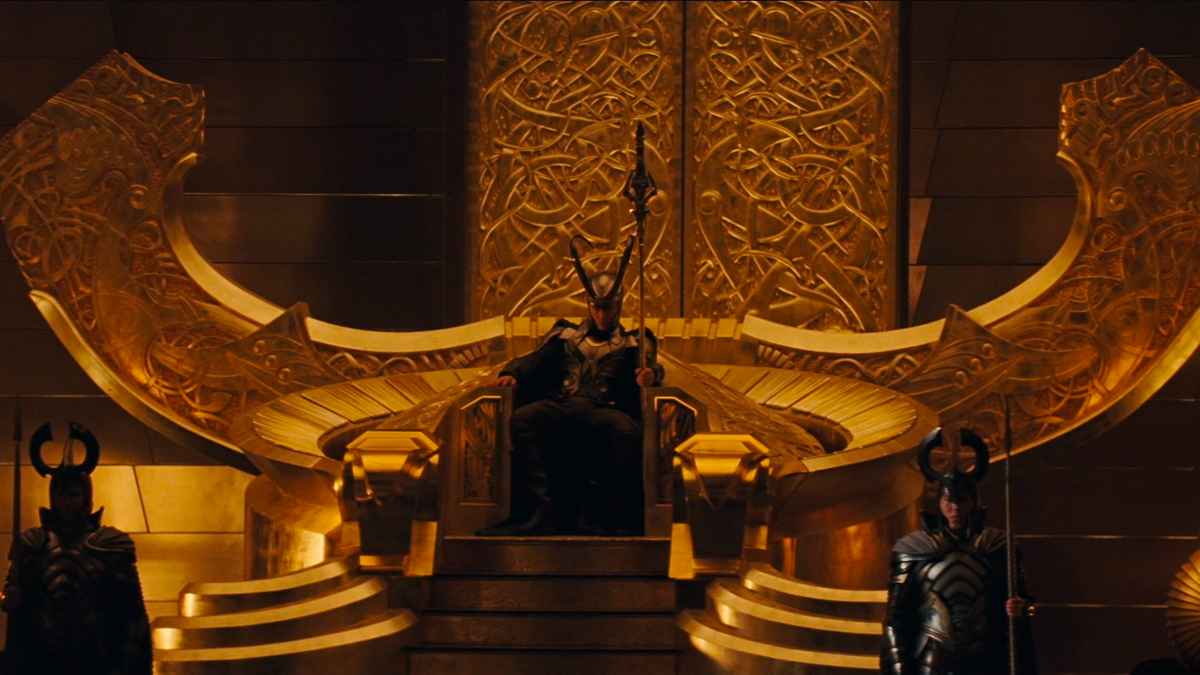 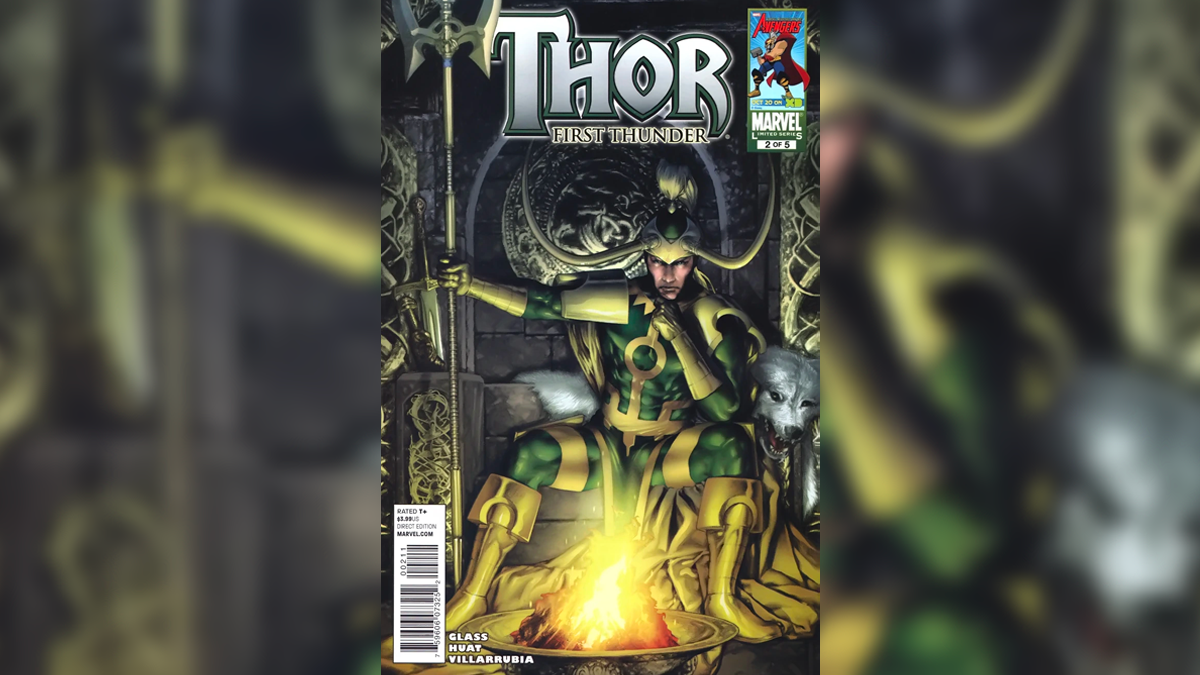 Avengers: Infinity War delivered the first part of a story that the MCU was building towards over its first ten years. Like any good two-parter, it ends on a huge cliffhanger. Namely, Thanos acquired all of the Infinity Stones and performed ‘The Snap’. Although the set-up is different, the design of the scene looks a lot like the first issue of the Infinity Gauntlet comic, where the Mad Titan snaps his fingers and destroys half of the universe. 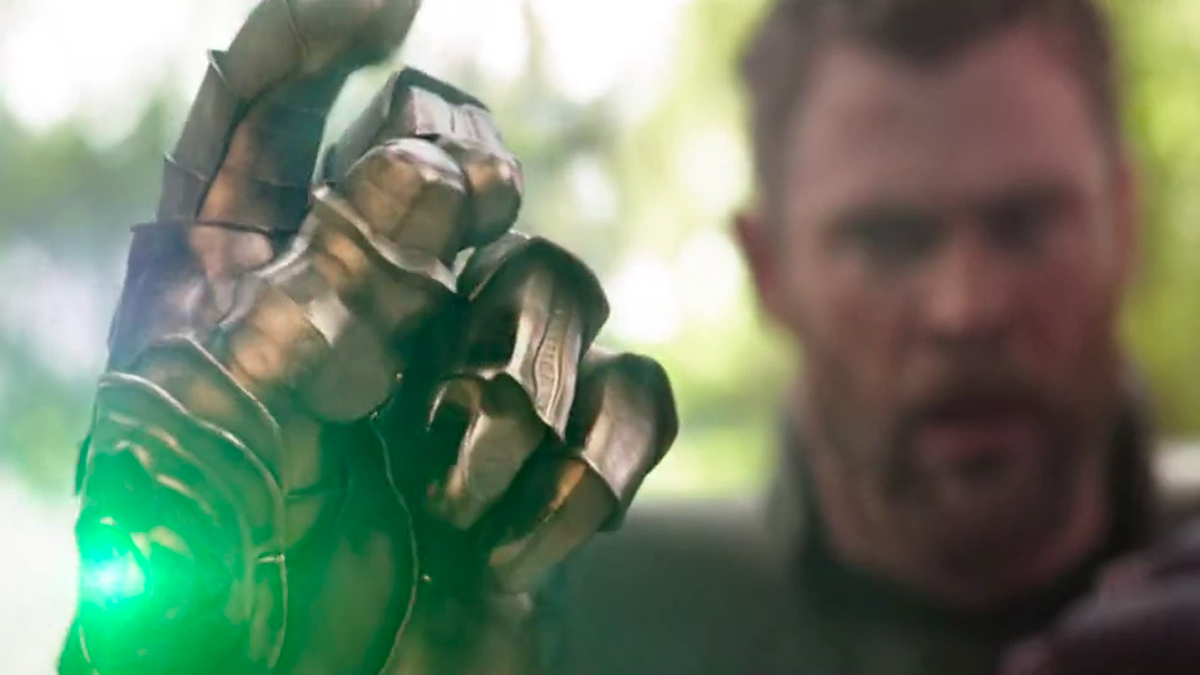 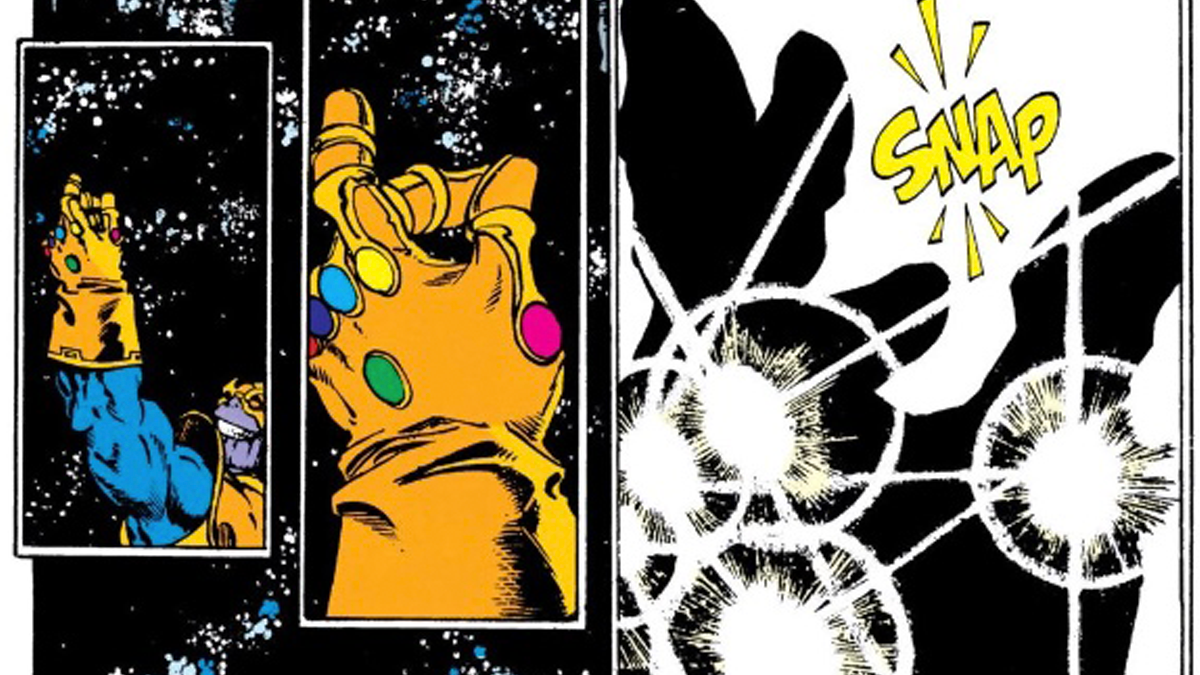 The MCU Spider-Man takes a lot of its influence from the Ultimate Comics, which were a modern (for 2000) reimagining of Spider-Man, his origin and villains. Peter’s best friend Ned, combines Ned Leeds who works with Peter as a reporter for the Daily Bugle in the main Marvel continuity, and Ganke Lee, Miles Morales’ best friend from the Ultimate Universe. The connection is made even clearer with a scene in Peter’s (or Miles’ in the comics) room and building LEGO sets. 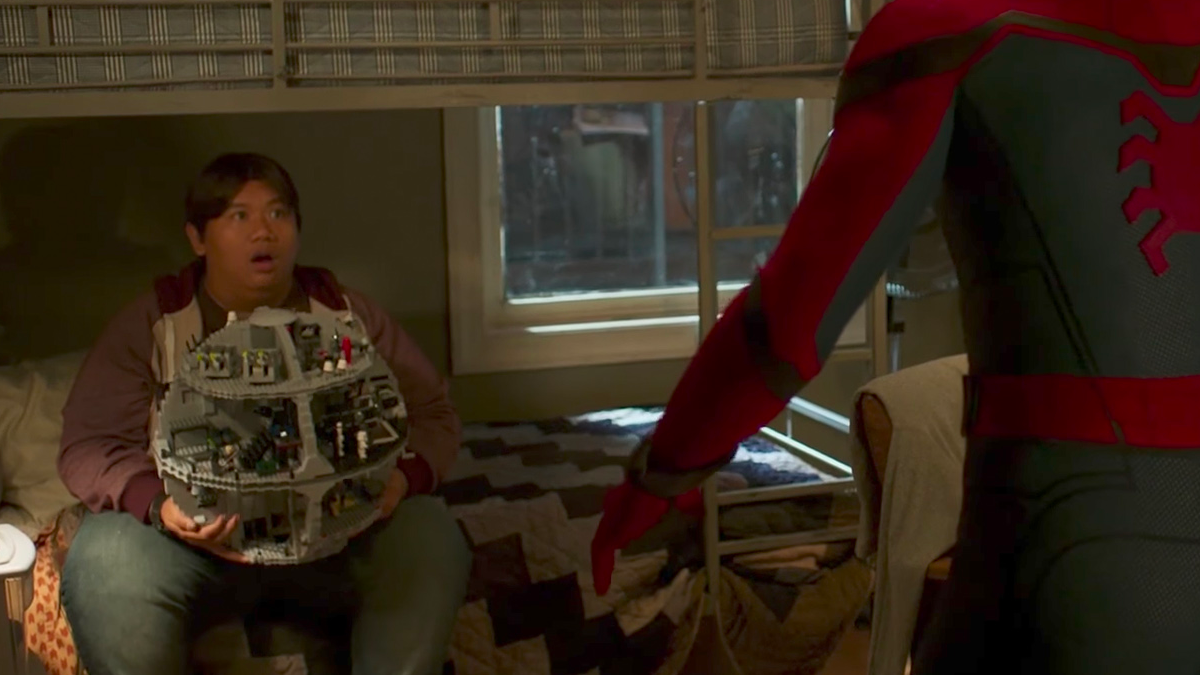 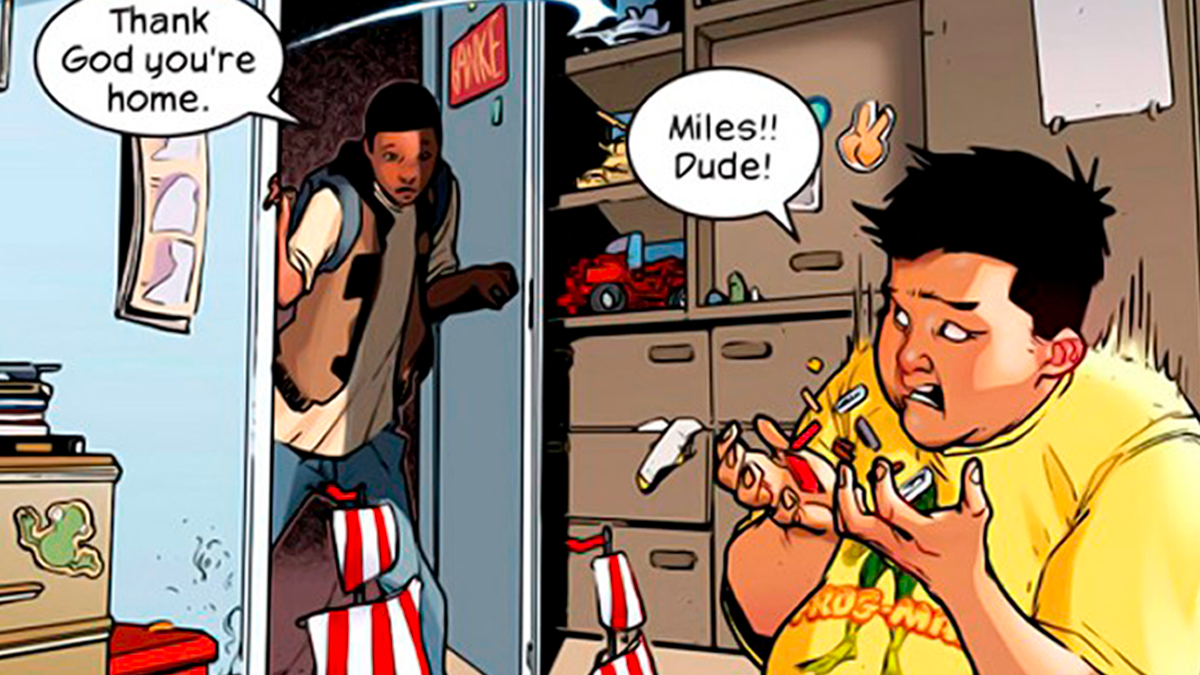 In the opening of Avengers: Infinity War, after Thanos beats up Hulk with terrifying ease, Heimdall manages to conjure some dark energy and send Hulk back to Earth. He is transported across the galaxy and crashes into the Sanctum Sanctorum. The scene almost exactly mirrors the arrival of Silver Surfer at the opening of the Infinity Gauntlet comic book who warns of Thanos (rather than Bruce Banner as we see in the movie). 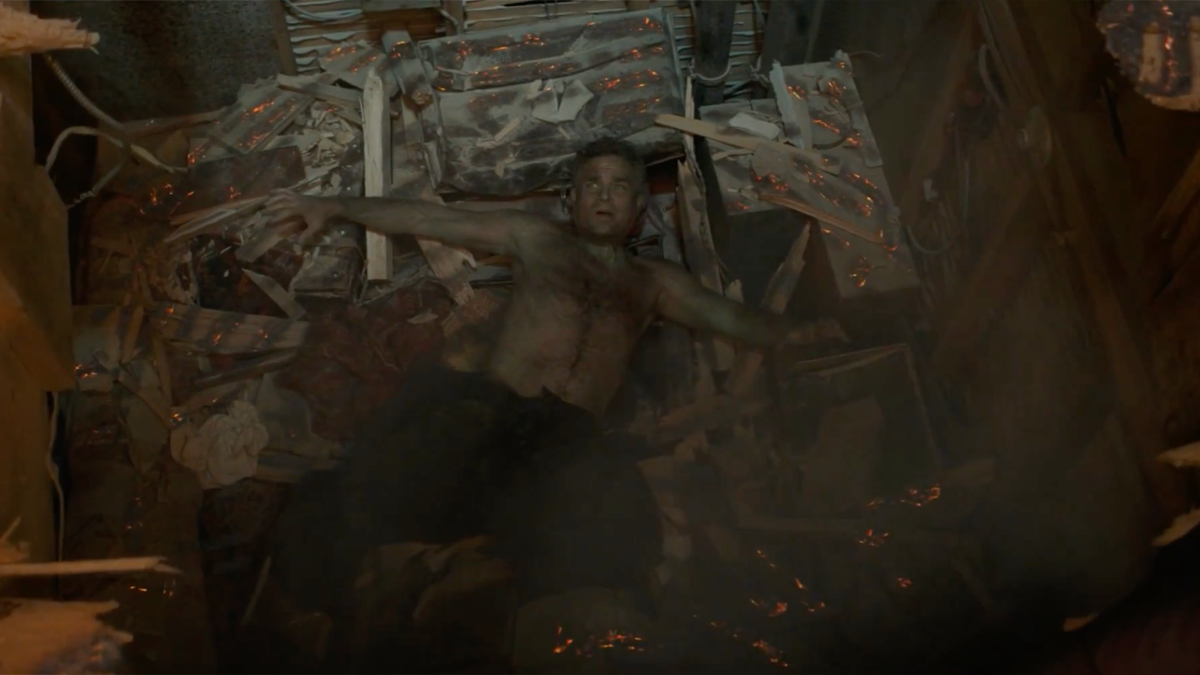 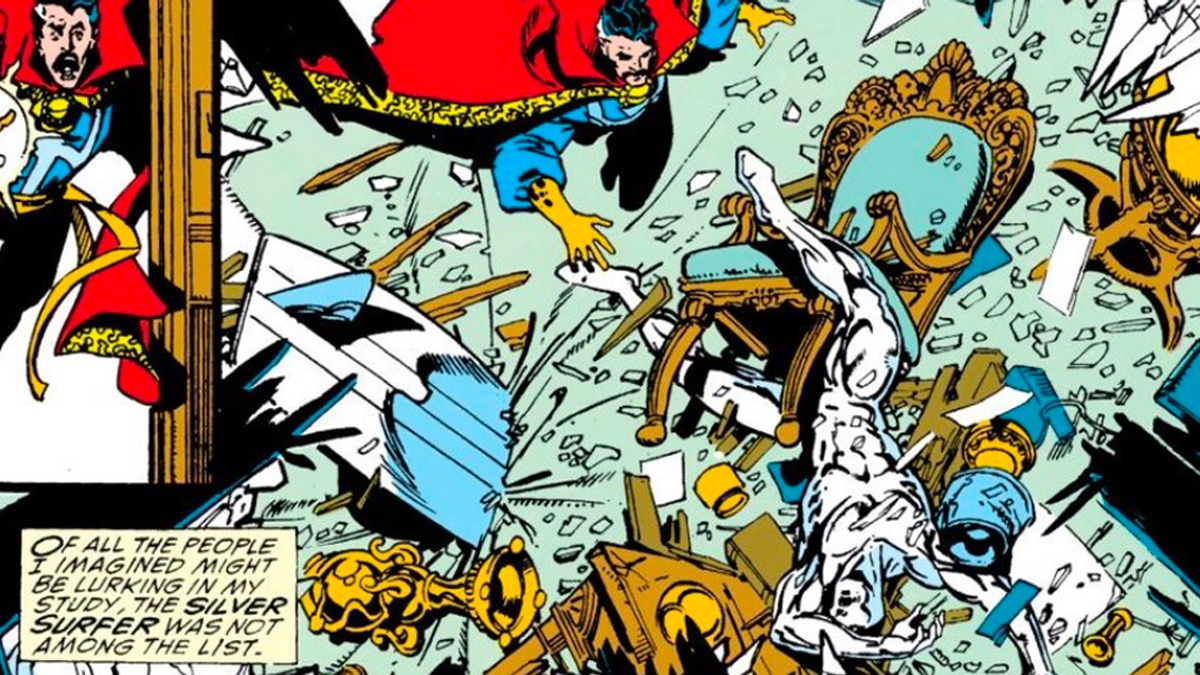 Black Panther’s Killmonger’s reasons for hating T’Challa, and wanting to usurp the throne were, at the very least, understandable and shone an interesting light on the connection between the movie’s hero and villain. In the scene in which Michael B. Jordan’s Eric Killmonger challenges Chadwick Boseman’s T’Challa for the throne of Wakanda, he lifts him over his head and throws him down a waterfall. This scene dates back to 1973 and Killmonger’s debut in Jungle Action #6. 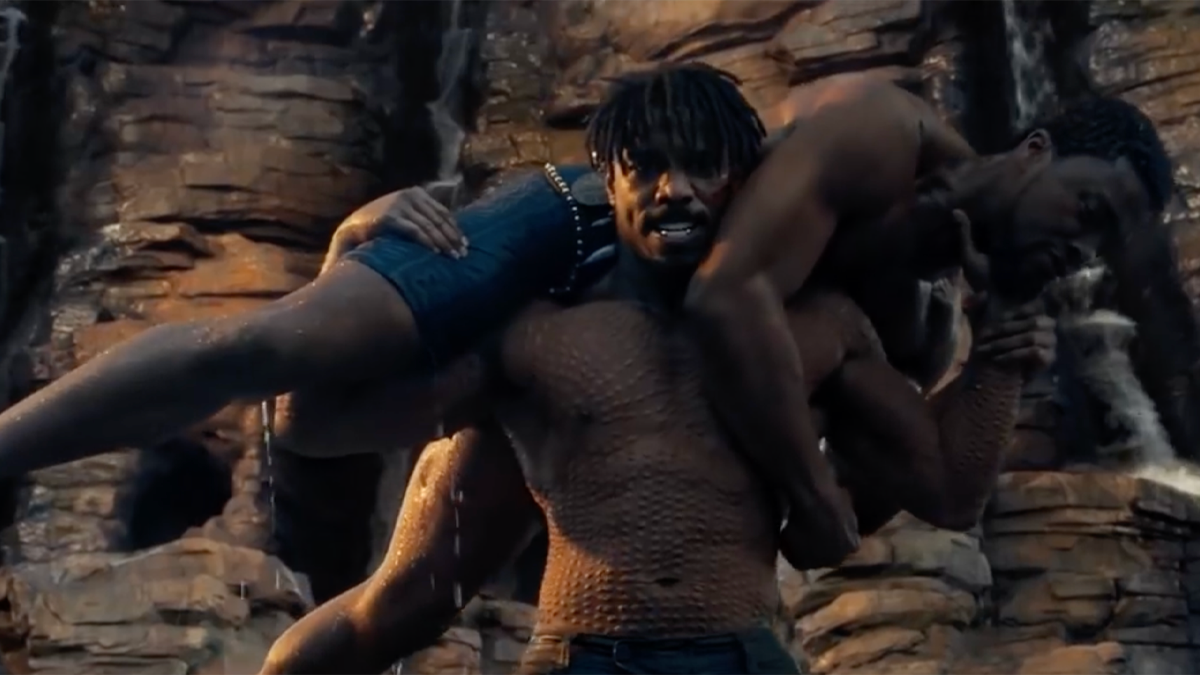 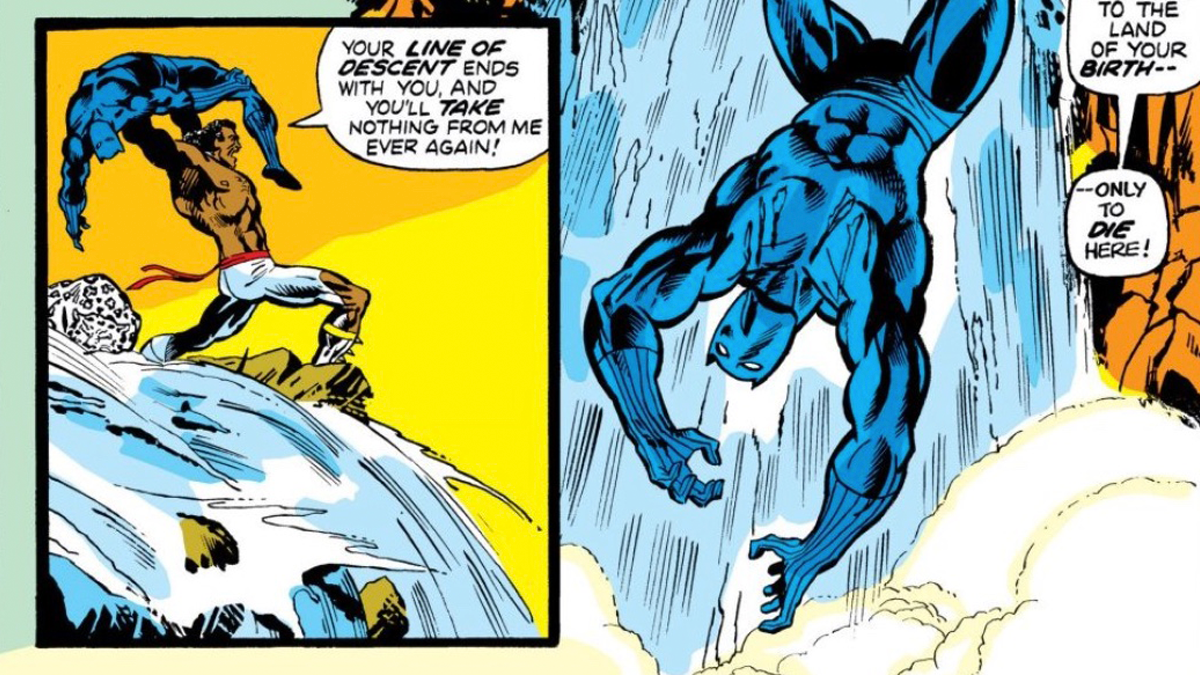 In one of 2016’s most controversial comics, Steve Rogers: Captain America #1, it was revealed that Captain America had secretly been a HYDRA agent. The comic goes on to reveal a number of other twists and turns and explain how Captain America got caught up in HYDRA’s plans. But the scene was contentious, to say the least, with many arguing that it hugely disrespected the character’s history against HYDRA and Nazi Germany. The panel in which Cap famously says “Hail Hydra” is echoed in Avengers: Endgame where Captain America pretends to be with HYDRA to get Loki’s sceptre away from Agent Sitwell. 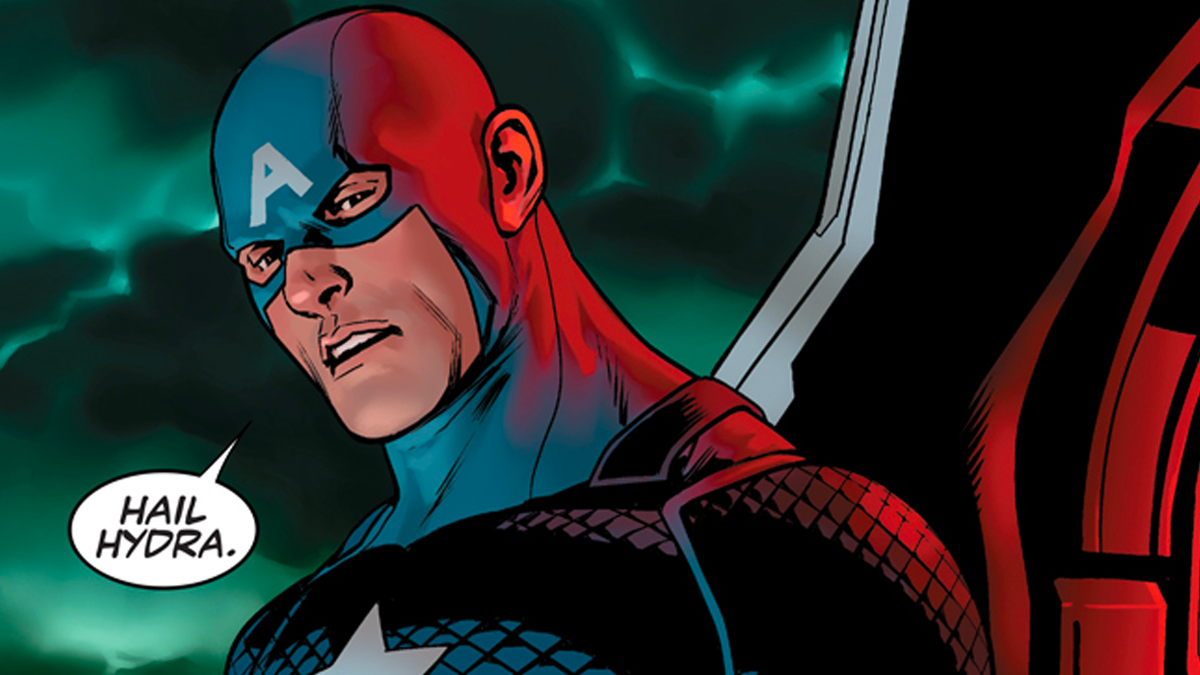 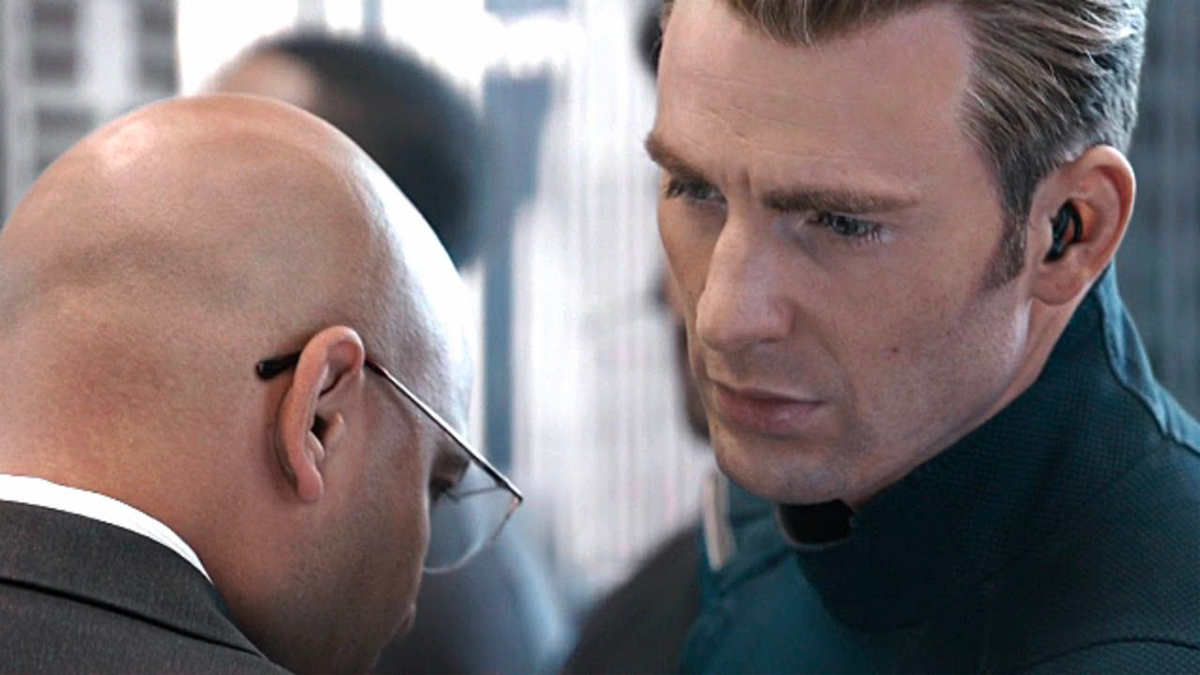 Tony Starks “I Am Iron Man” moment from the end of Avengers: Endgame is one of the films most heartbreaking scenes. It brings Tony Stark’s character arc full circle, proving how much of a hero he has become. The scene in which Tony’s gauntlet harnesses the Infinity Stones echoes a very similar panel from in 2011’s Avengers Vol. 4 #12, where Iron Man is able to wield the stones (without any cost to his own life). 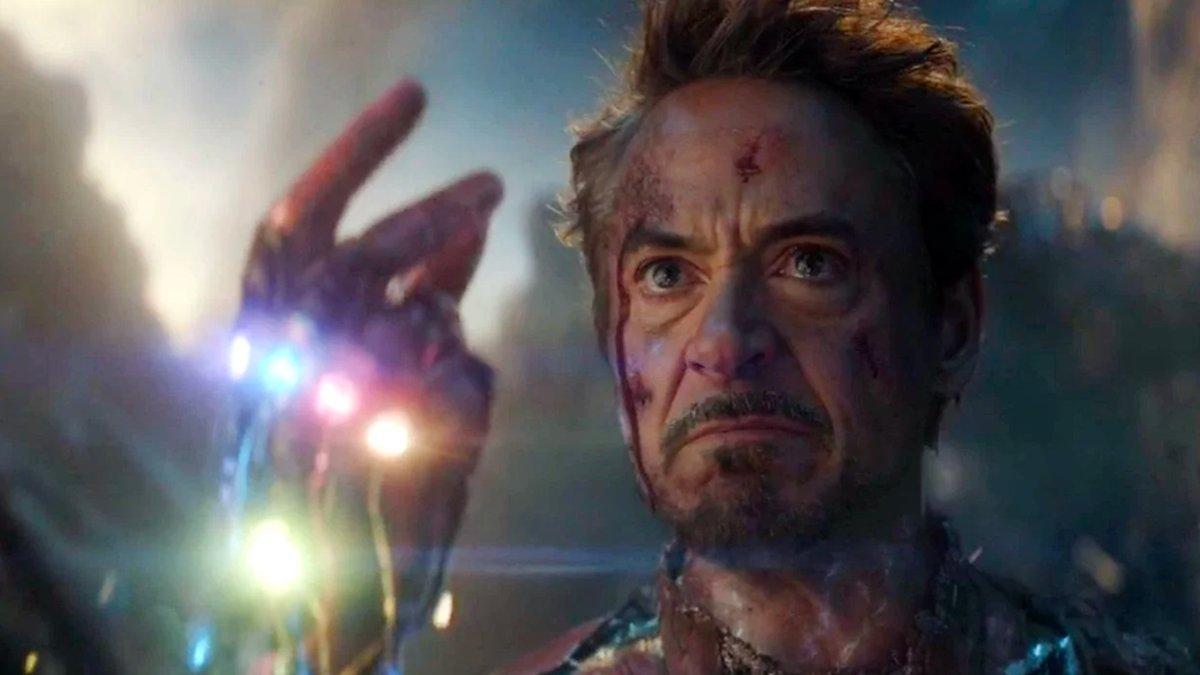 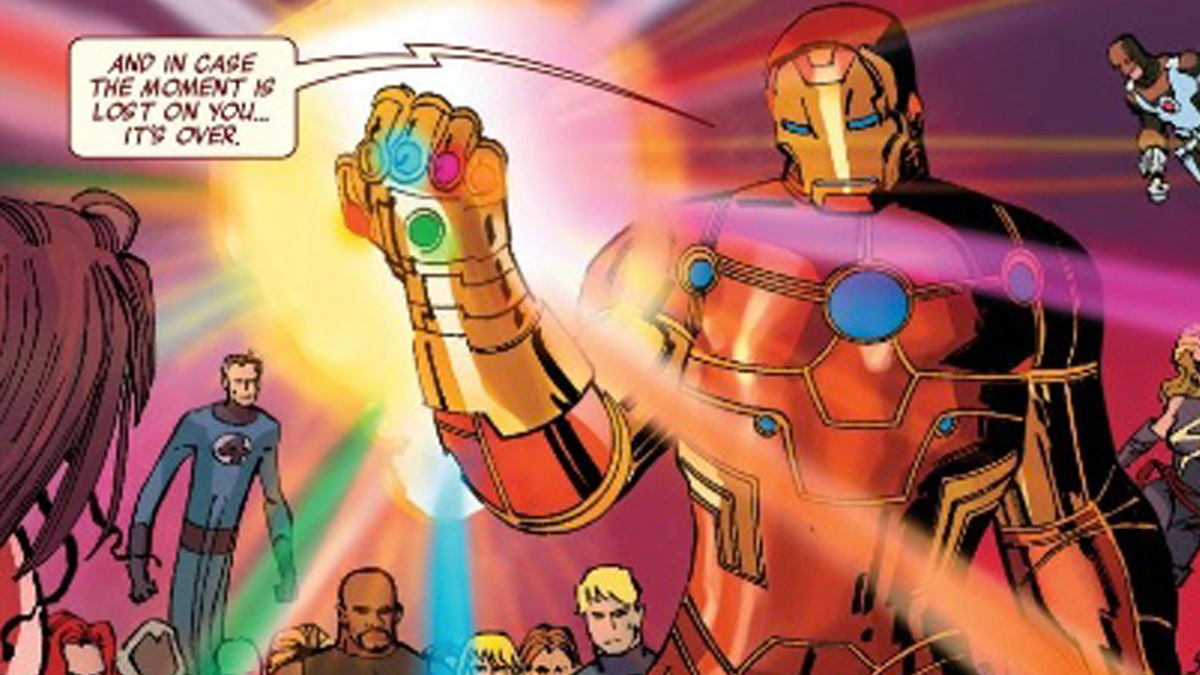 If you liked our look at The Best MCU Scenes Taken Straight From the Comics Part 2, be sure to check out our other side by side comparisons, and the video version, and please like and subscribe to the channel for lots more MCU, superhero, and pop culture content. 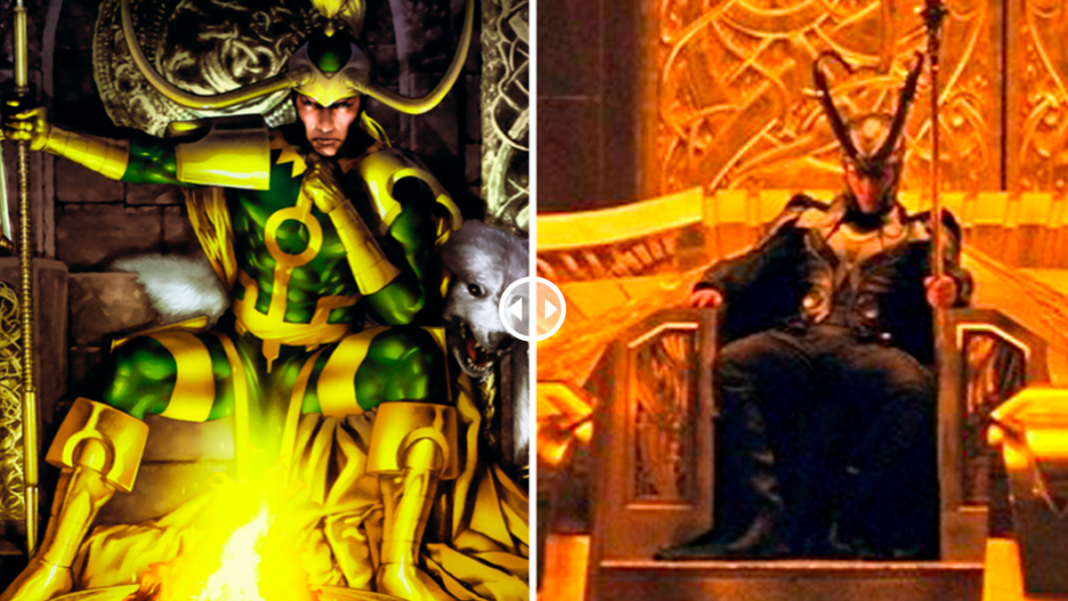 The Best MCU Scenes Taken Straight From the Comics Part 2