The MCU has spent over a decade adapting and altering a number of comic book storylines into its movies, and with that, the onscreen universe has managed to weave in several scenes ripped directly from the comics. In The Best MCU Scenes Taken Straight From the Comics, we’re looking at some of the best so far…

Despite taking a relatively liberal approach to the adaptation of the Civil War storyline, Captain America: Civil War has more than enough references to its origins. The most iconic of which is the final showdown between Captain America and Iron Man, where Iron Man fires an energy beam at Cap’s shield. 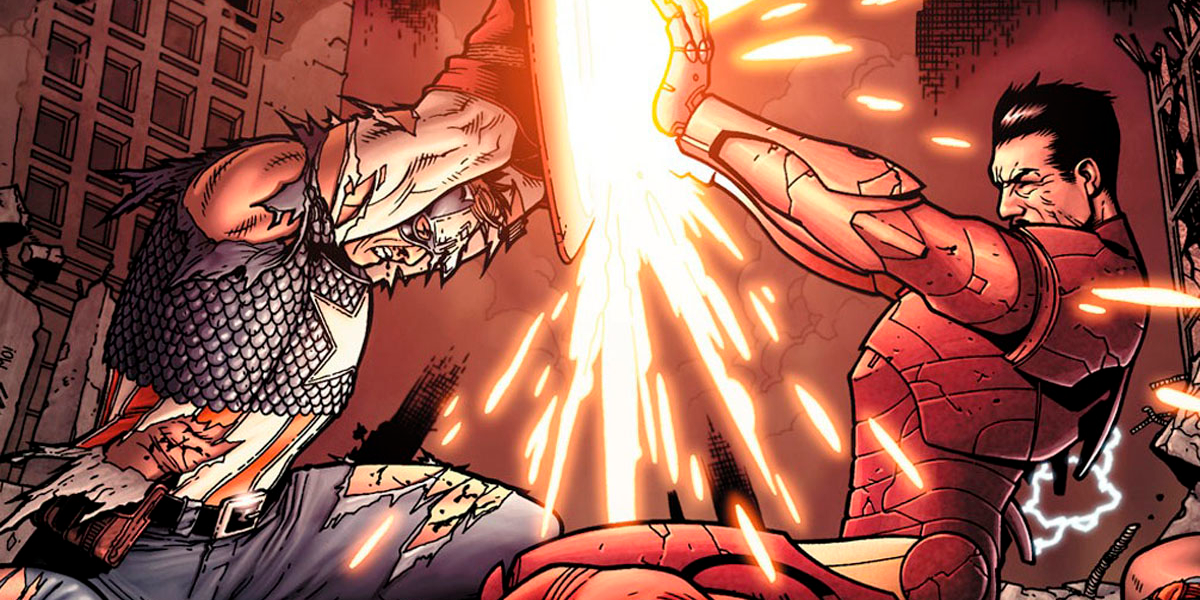 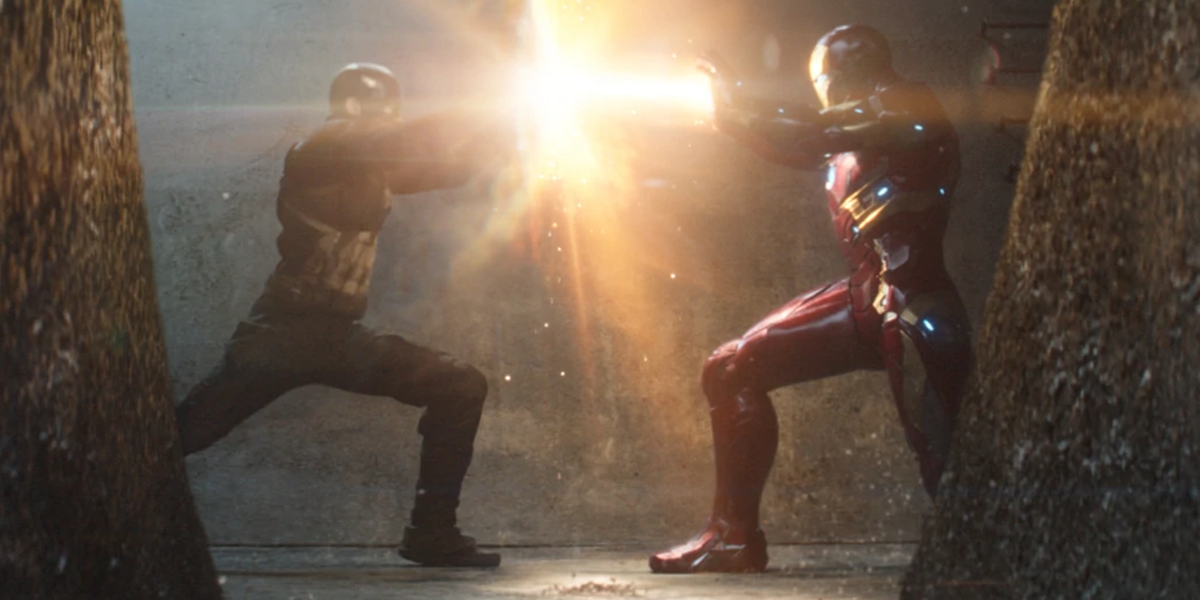 The armour-clad, gladiator style, Hulk made his debut in the Planet Hulk storyline, which saw Bruce Banner sent from Earth landing on the planet Sakaar, where he is forced to fight as a slave warrior. Parts of the storyline were adapted into 2017’s Thor: Ragnarok where Hulk’s Ragnarok armour is a near-perfect realisation of the design from the Planet Hulk comics. 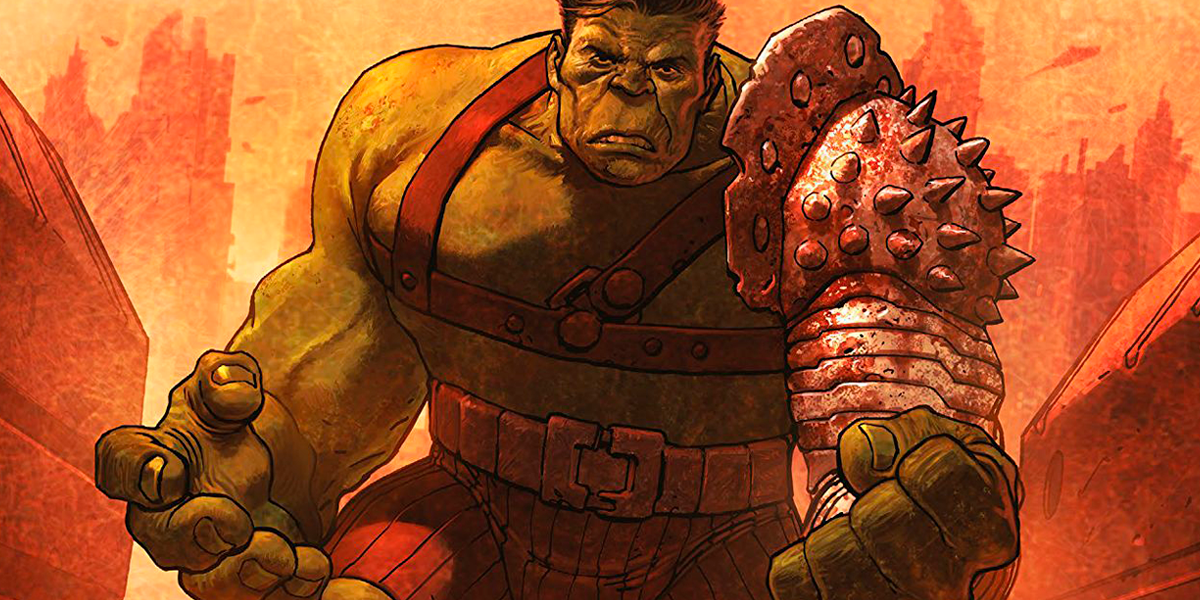 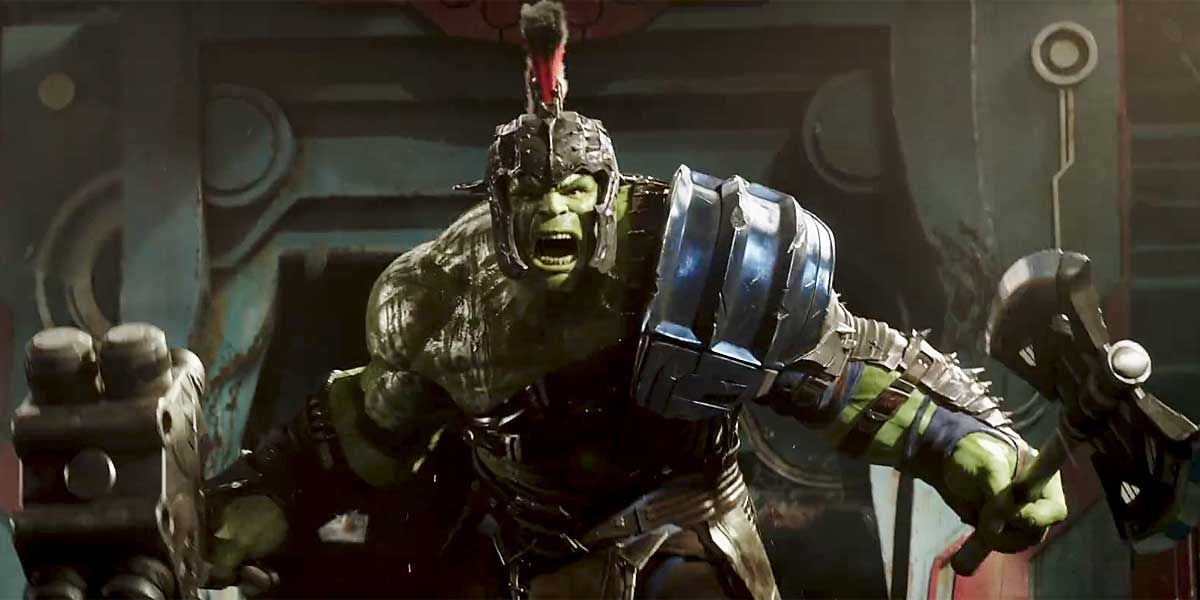 One of the biggest moments of Captain America: Civil War is the airport fight scene, which pits Iron Man’s team against Captain America’s. One of the highlights is Hawkeye shooting a miniaturised Ant-Man on the head of an arrow. The shot perfectly echoes the cover of Avengers #223, which sees Ant-Man on Hawkeye’s Arrow, with the amazing subtitle; “When Ant-Man and Hawkeye join. forces… Somebody’s gonna get it!” 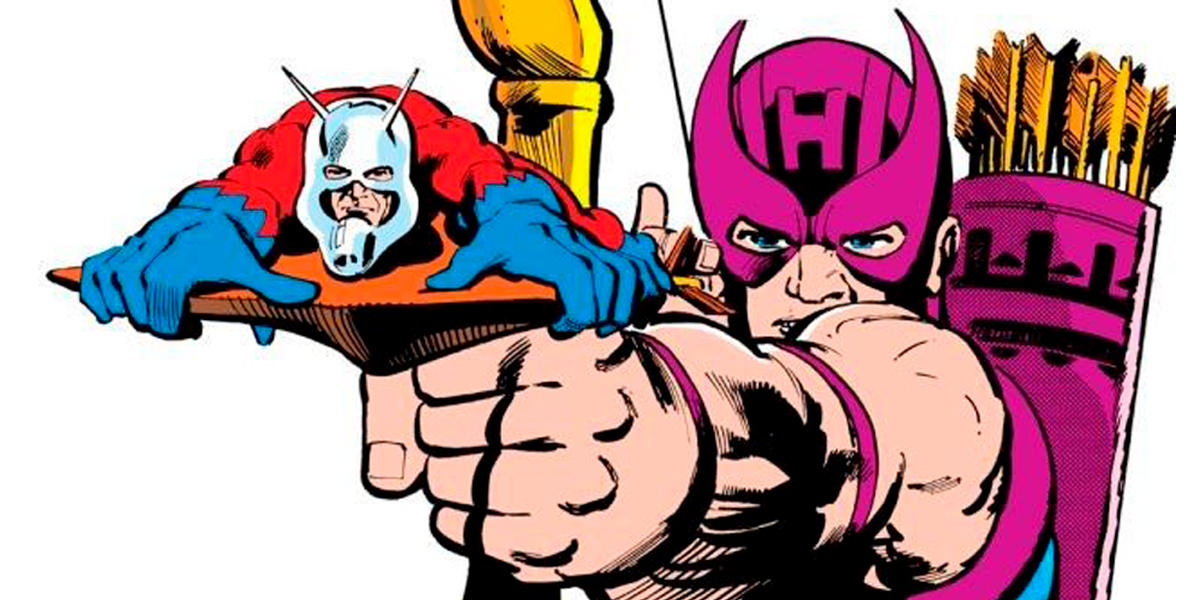 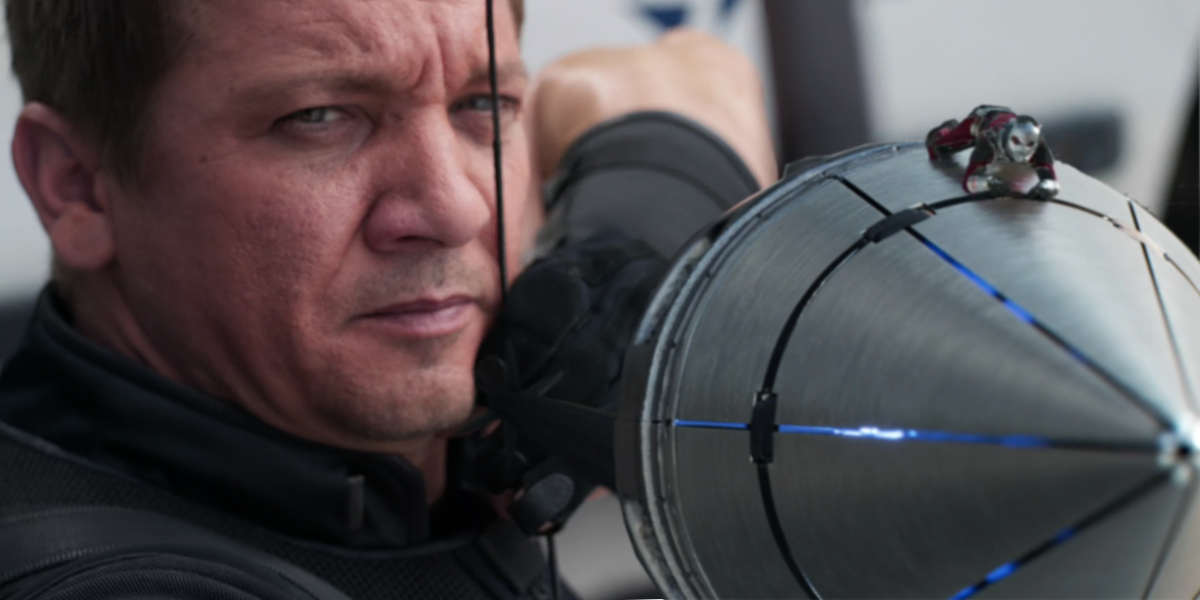 One of the biggest twists of Avengers: Infinity War was the ending. Thanos managed to gather all of the Infinity Stones and perform the ‘snap’, wiping out half of the universe. And although his success is new, his retirement to a quiet-looking farm is straight from the comics. The Armour Clad Scarecrow is hardly the focal point of the closing scene of Infinity War, but it’s a neat easter egg. 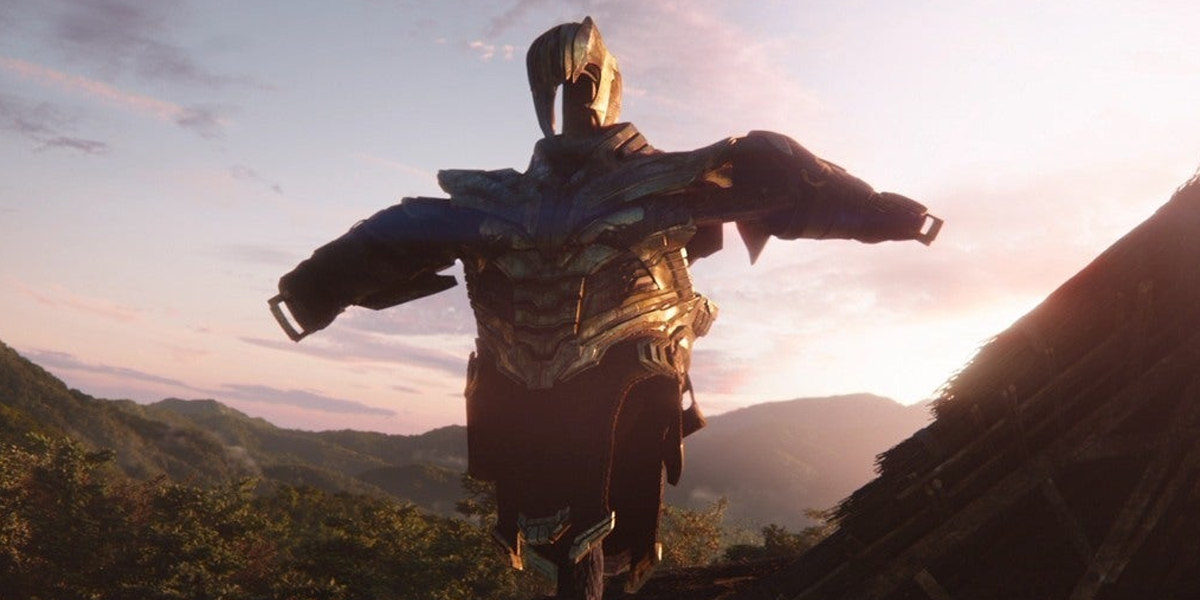 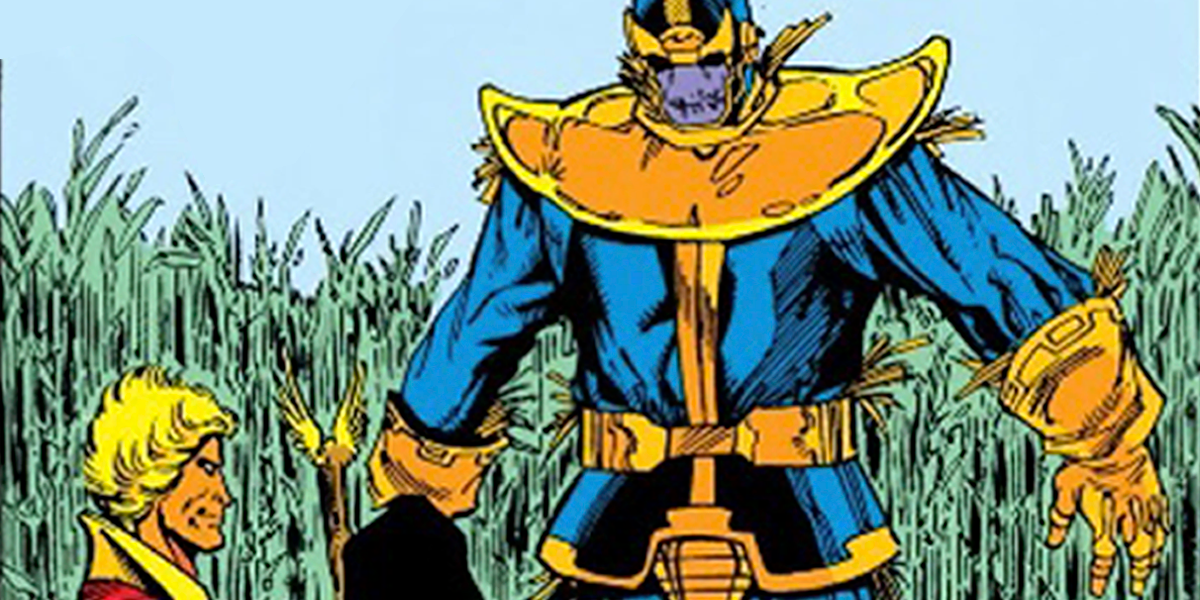 Spider-Man and the Debris

One of the seminal moments of 2017’s Spider-Man: Homecoming sees Peter Parker trapped beneath a pile of rubble after trying to take on the Vulture. Adding even more to an already tense scene, the shot is a direct reference to the cover (and opening panels) of 1966’s The Amazing Spider-Man Volume 1, #33. 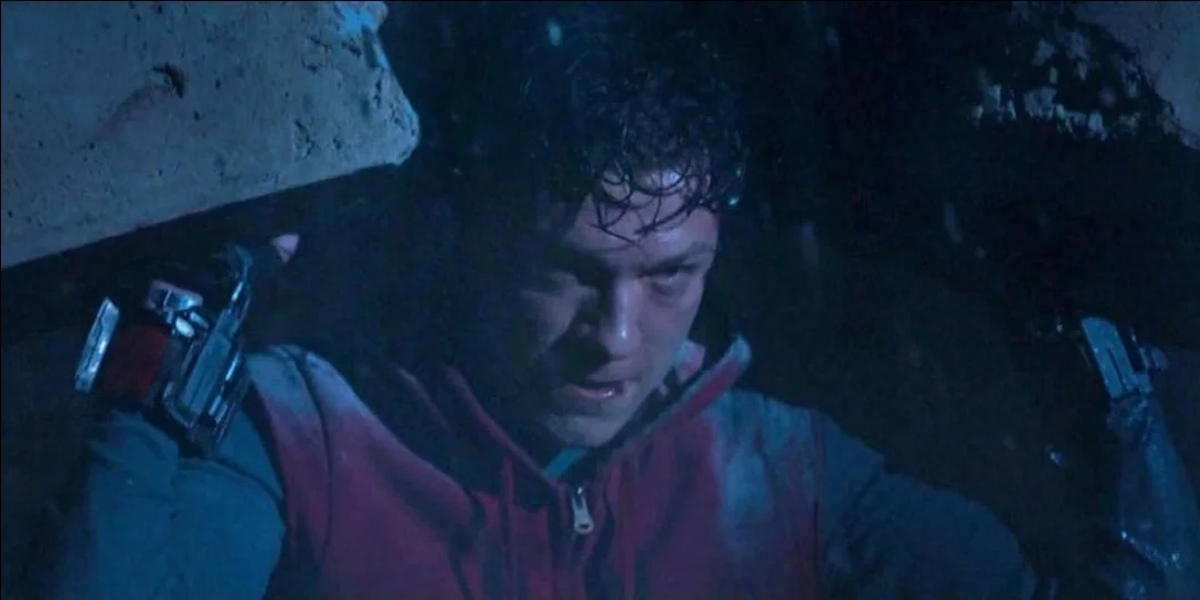 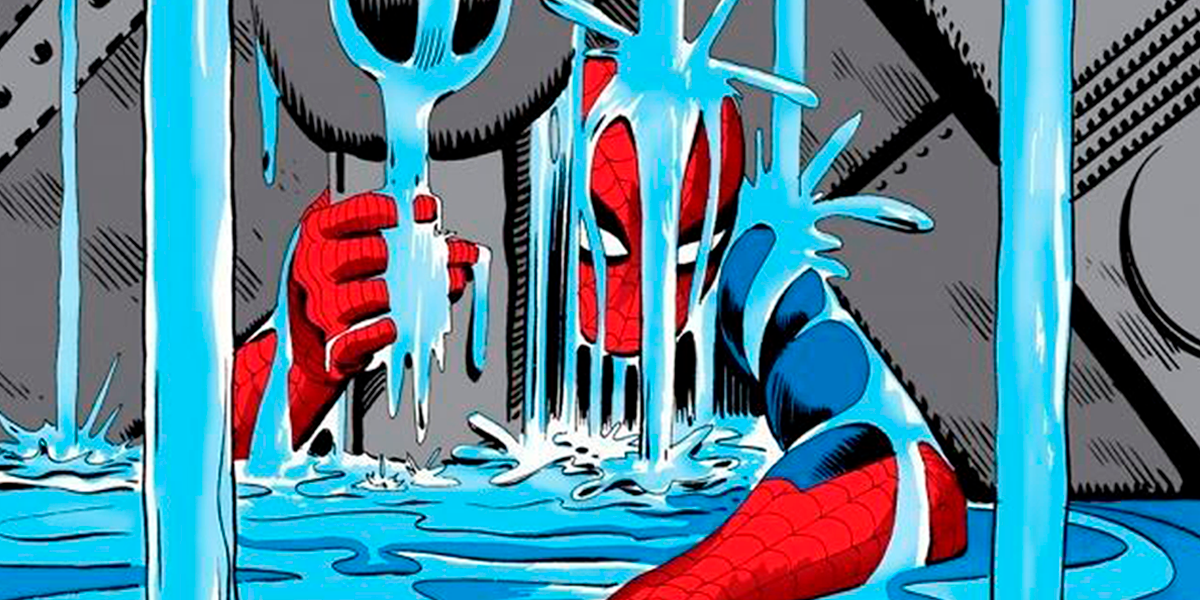 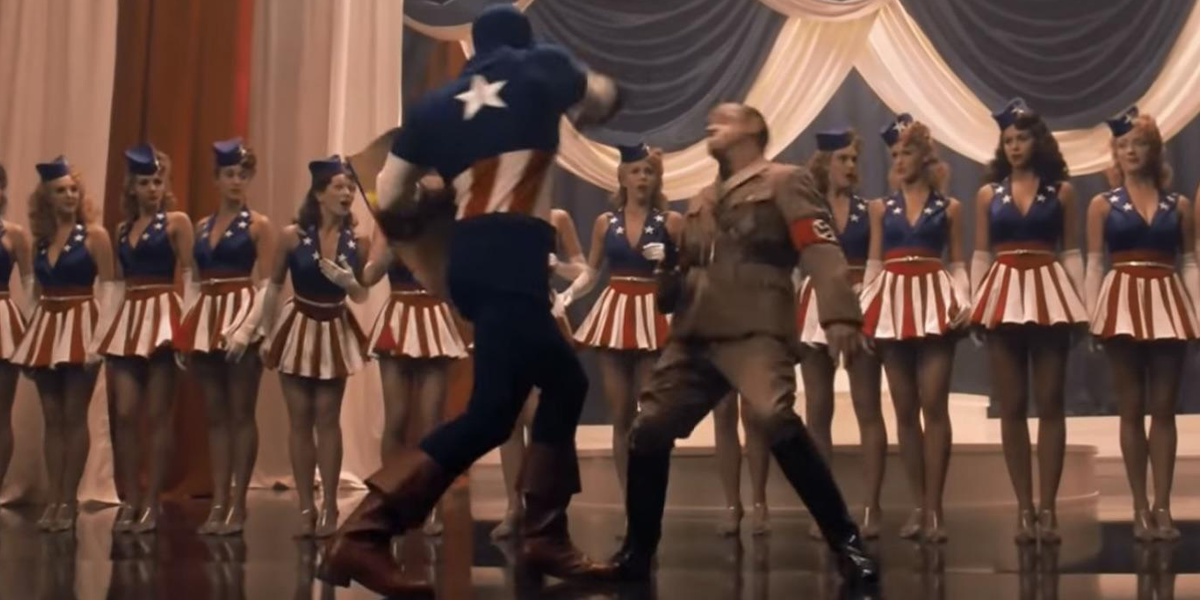 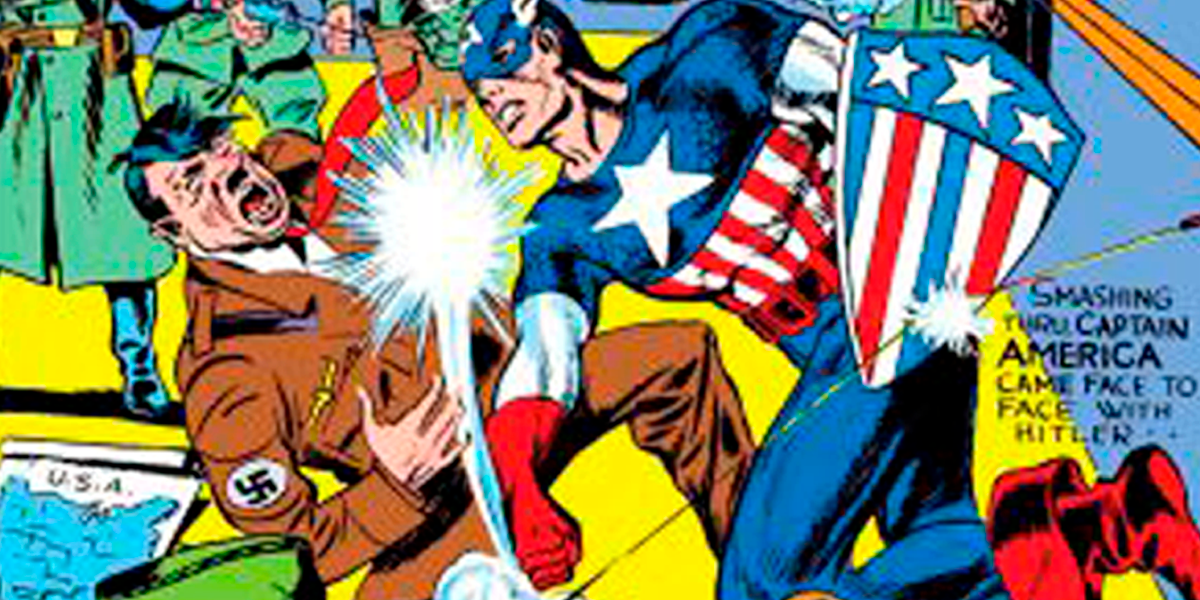 2016’s Doctor Strange introduced magic into the MCU. One of the coolest effects to see on screen is the astral plane, where a ghostlike apparition is able to move independently from someone’s physical body. A scene where Doctor Strange advises Christine Palmer on his own surgery mirrors a very similar scene from “The Oath” storyline. There Strange is talking to Night Nurse while she tries to help him. 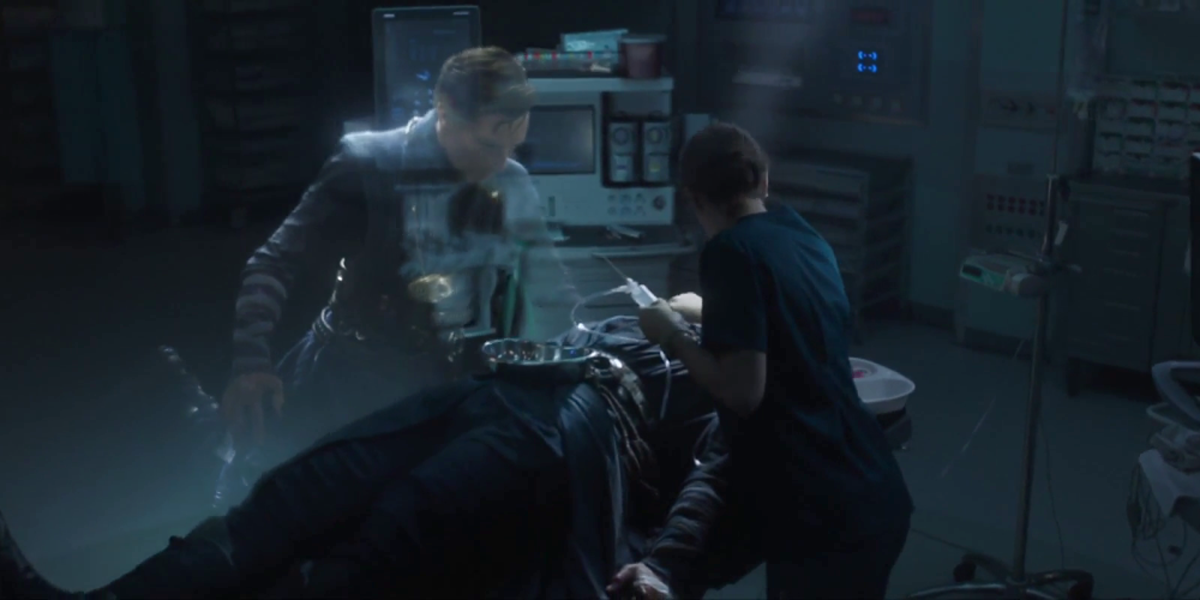 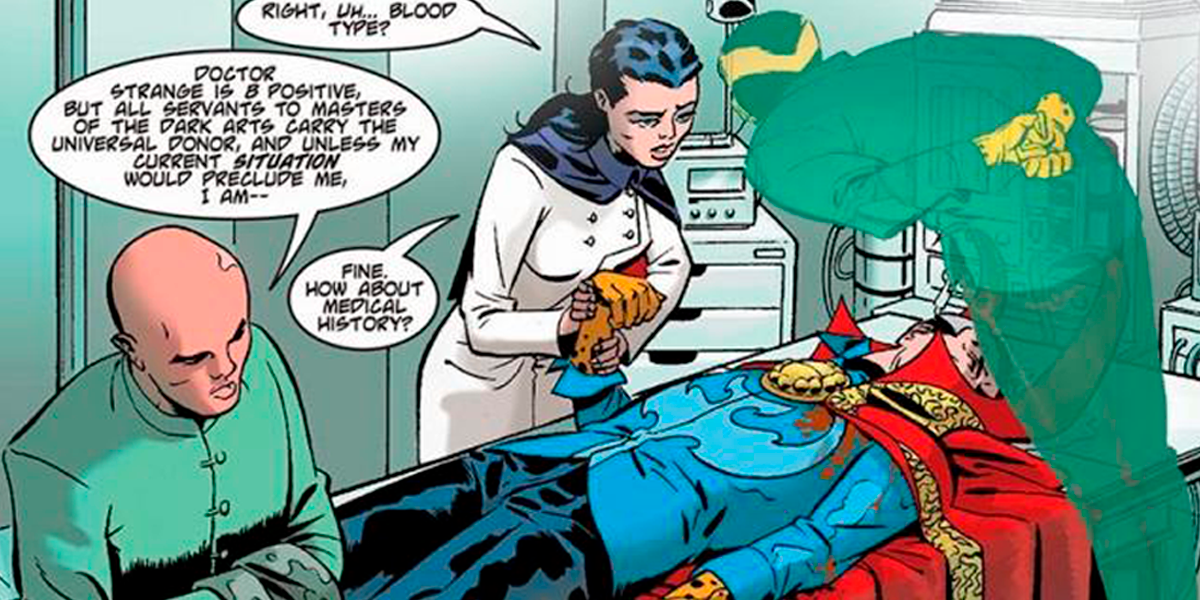 Spider-Man vs. the Pretend Avengers

At the beginning of Spider-Man: Homecoming Spidey’s first real fight (excluding the brief scenes of his battle during Civil War) is against a group of thieves in Avengers masks. The scene is packed full of jokes and references, from the masks being the classic comic book looks of the Avengers, to Spider-Man noting that it’s nice to meet Thor and Hulk. But the coolest reference is that the whole scene is a big nod to the Ultimate Comics, which despite starring Miles Morales as Spider-Man, Homecoming takes a lot of its influence from. 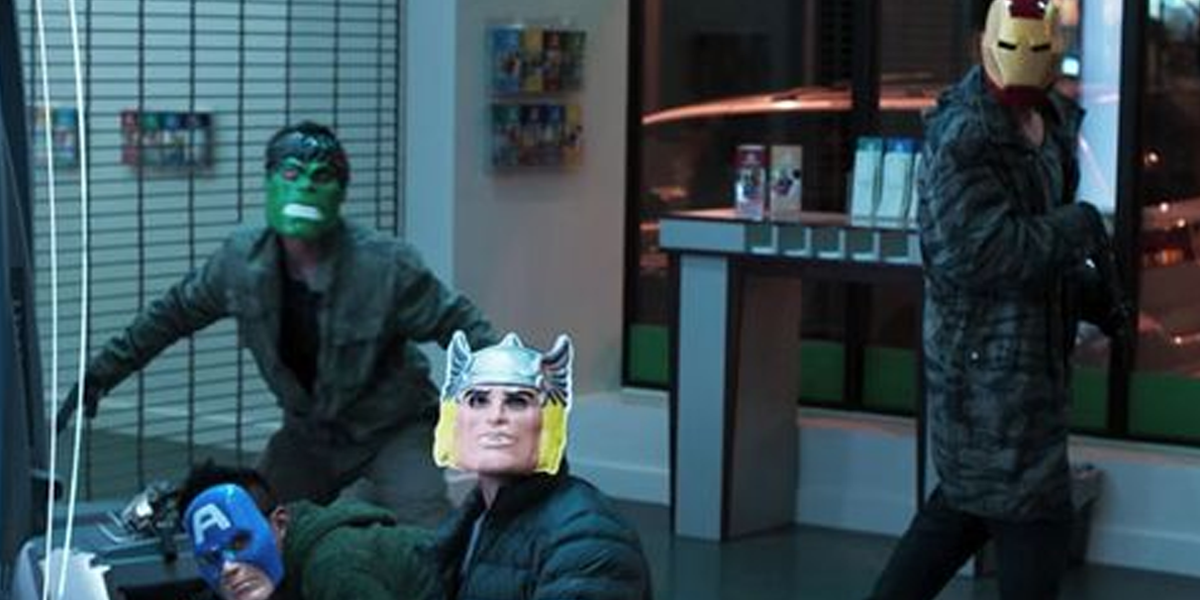 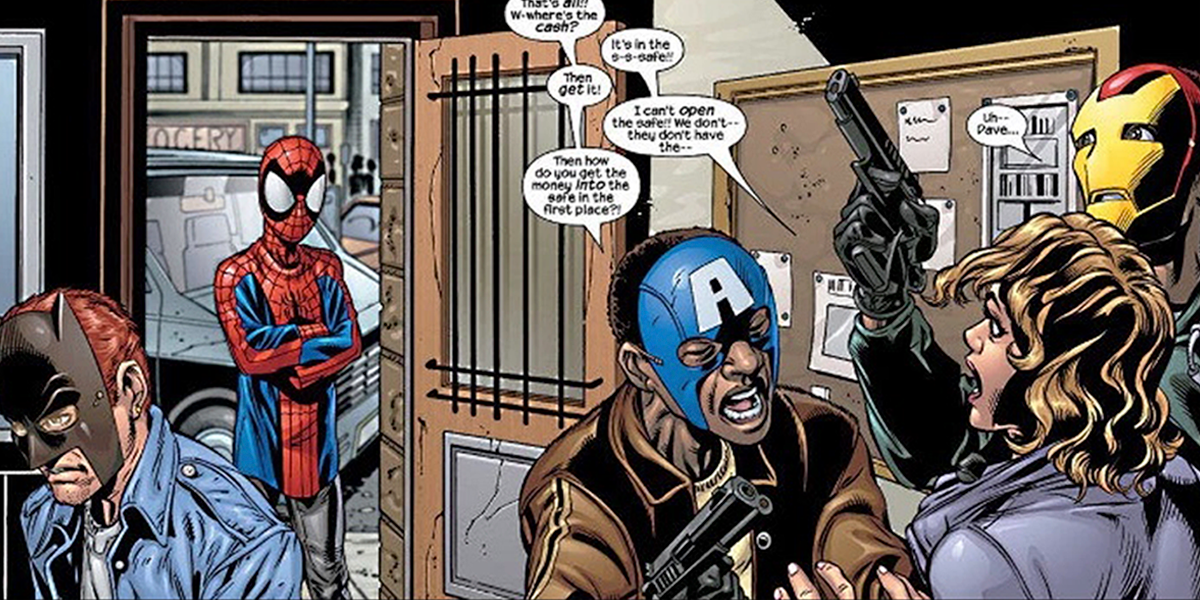 During the climactic battle in Avengers: Infinity War Spider-Man webs Thanos in the face, which is yet another shot taken from the pages of the Infinity Gauntlet comic book. 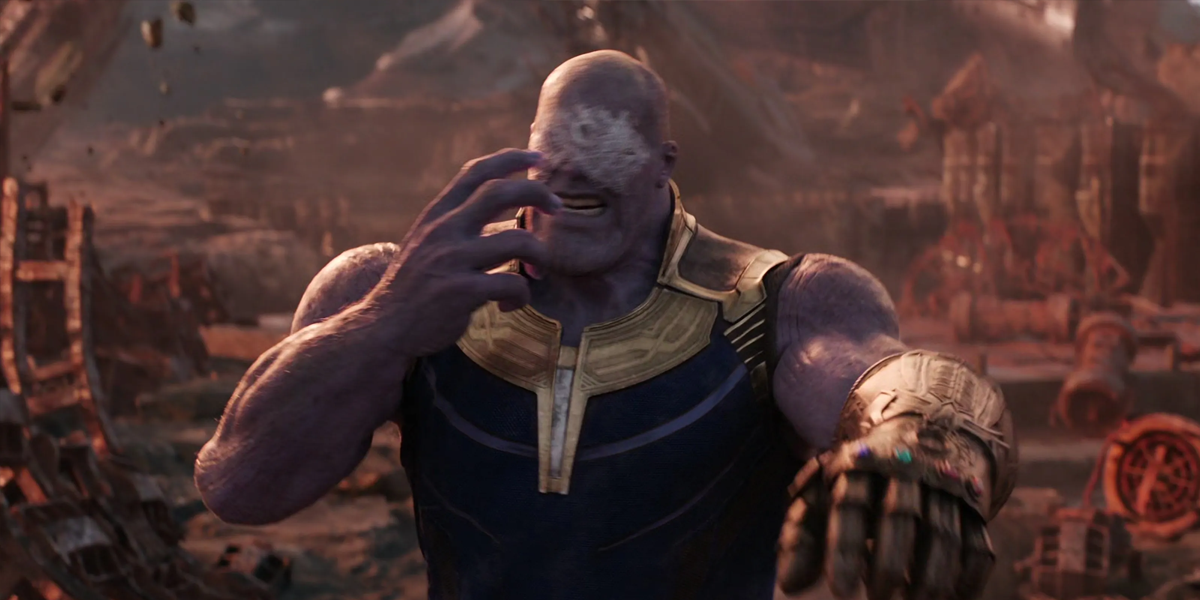 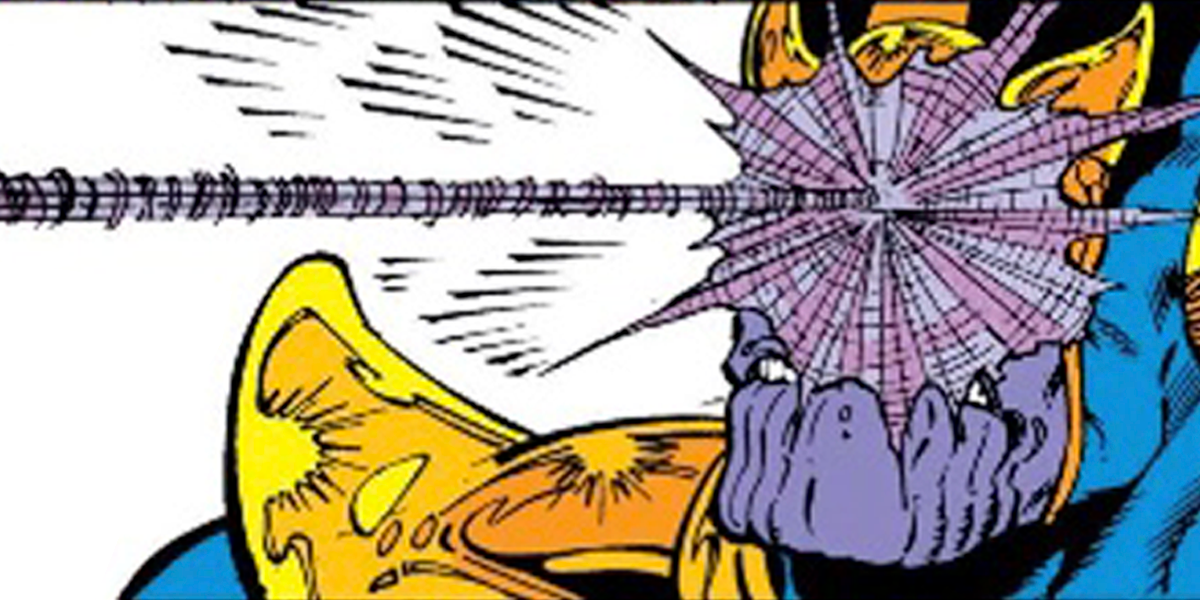 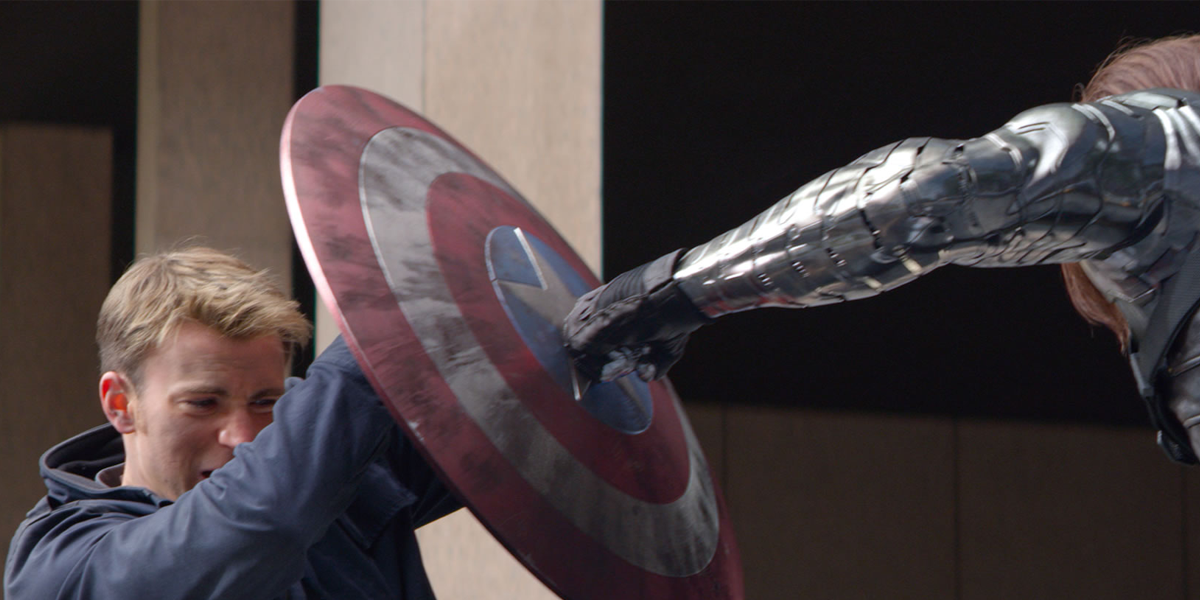 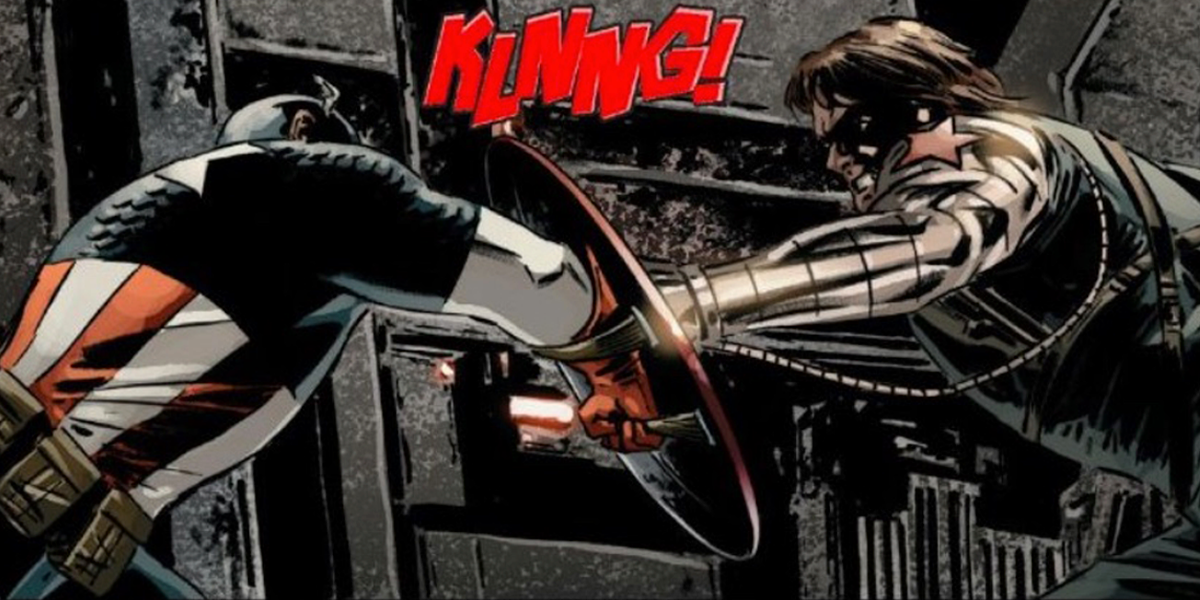 If you liked our look at The Best MCU Scenes Taken Straight From the Comics, be sure to check out our other side by side comparisons, and the video version please like and subscribe to the channel for lots more MCU, superhero, and pop culture content. 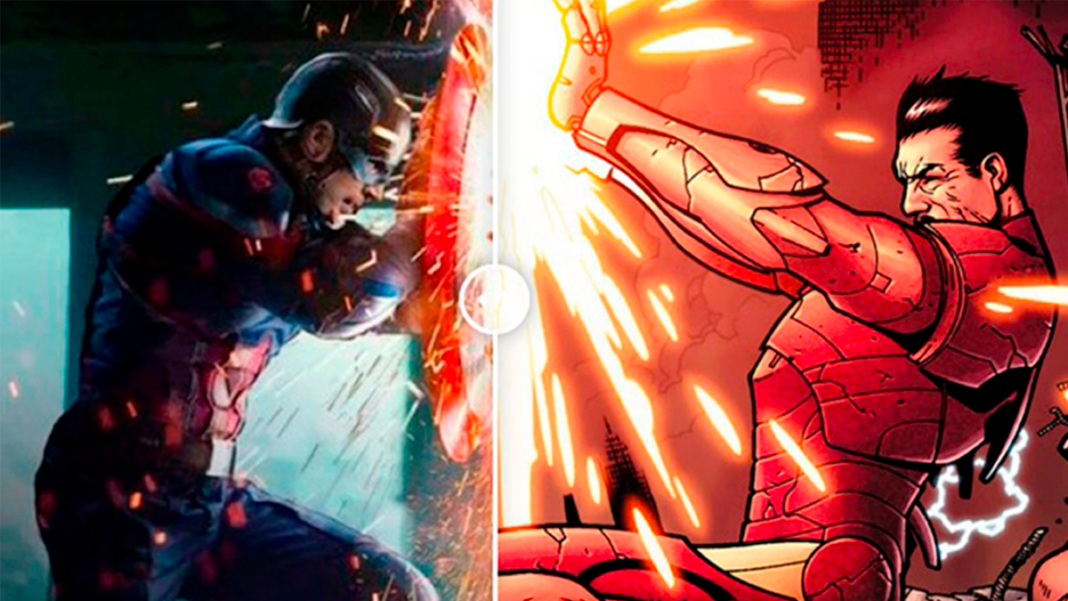 The Best MCU Scenes Taken Straight From the Comics Part 1