The MCU is finally back at the big screen, or still in your home on Disney Plus… like it has been for a while now – but you know what I mean – MCU movies are back, with the long-awaited and very delayed Black Widow. The movie gives Scarlett Johansson’s Natasha Romanoff her much deserved solo movie, and gives fans a chance to say goodbye to the character… after you know Endgame made a big sad song and dance about Tony, and barely even mentioned Natasha after she died…

I’m not going to dive too deep into the story, because, you know, go and watch the movie… but it’s safe to say it’s relatively standard, at least in terms of the MCU… there’s nothing too crazy, and some nice but not totally unpredictable twists and turns, but thankfully it’s all centred around a bunch of great characters and put together with the signature MCU blend of action, humour, easter eggs, and setting up for the future.

On that note, I do think one of the movie’s shortcomings, is feeling a bit more like an introduction to everyone else, rather than a goodbye to Natasha – but ultimately that is kind of the point of this movie.

And the new characters it brings in are amazing. In my opinion, the star of the movie is Florence Pugh’ as Yelena Belova – the MCU’s New Black Widow. 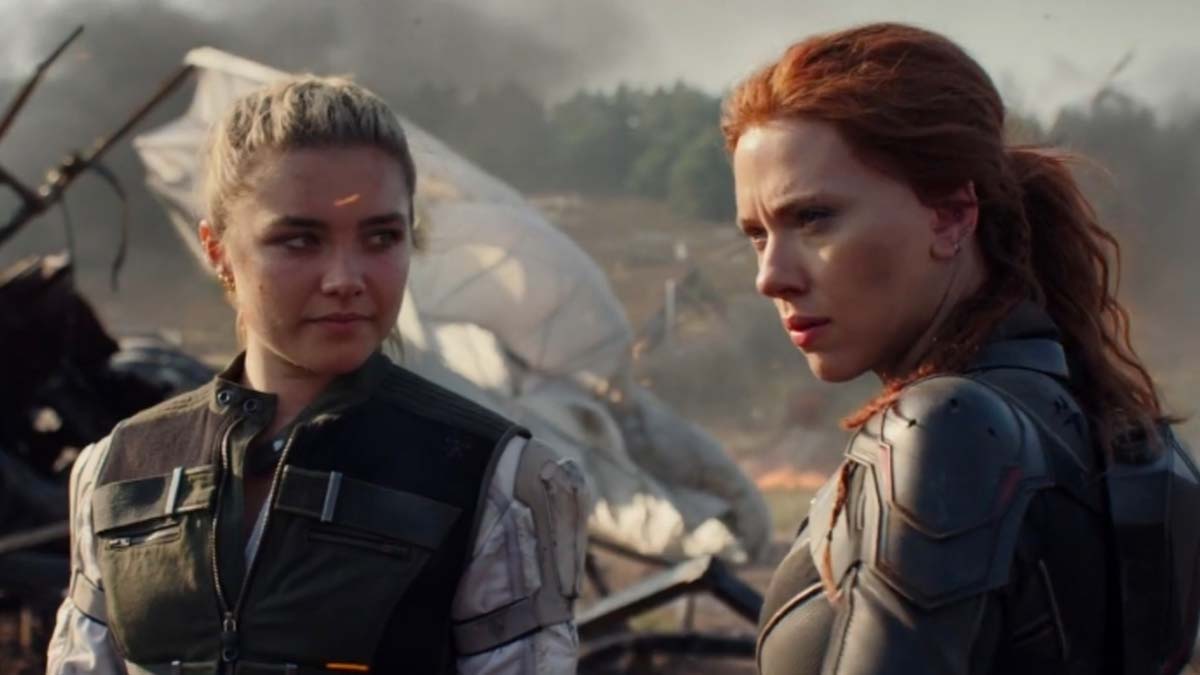 Yelena is not only younger than Natasha, but there is even more bitterness about the Red Room, and Natasha going off to be an Avenger, as well as an unapologetic-ness, and level of humour that makes her the stand out of the movie.

Pugh’s version of Yelena is a new and unique take on a Black Widow, that will likely be a great hero or anti-hero or maybe somewhere in between – in the future.

Rachel Weisz’s Melina Vostokoff shows off yet another side to the Widows, as an older operative, but one who makes her emotions a little more clear, not unlike Natasha, but is also a key part to the Red Room’s continued operations, being the “architect” of the mind control. 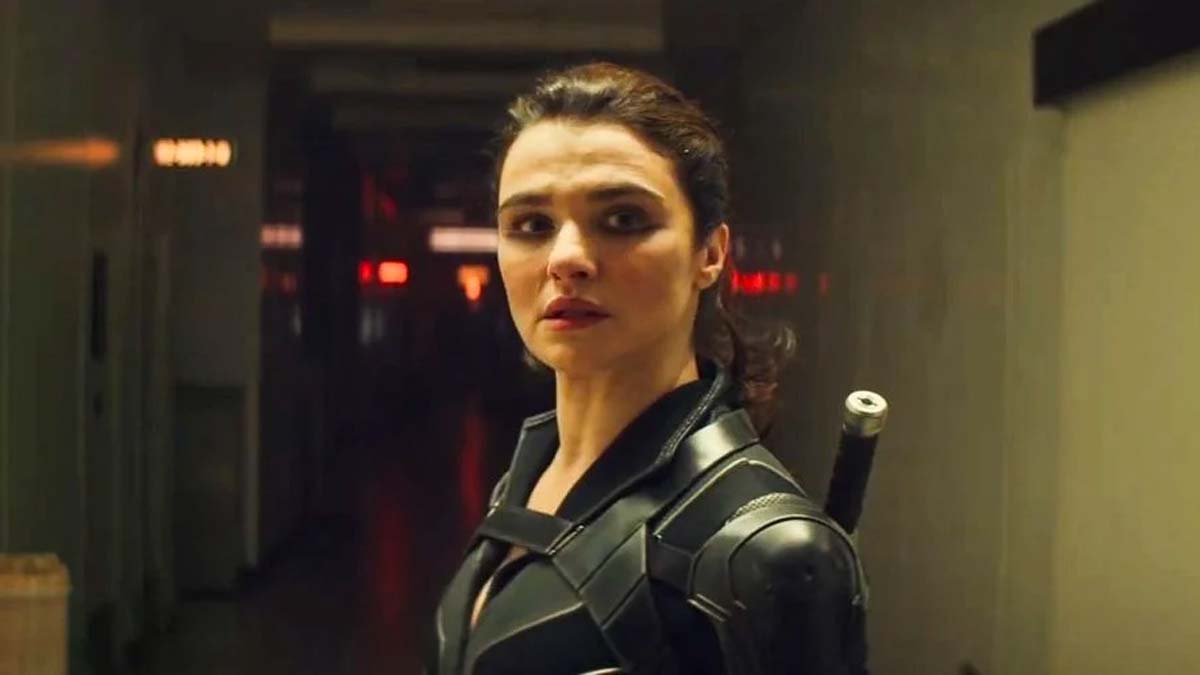 Rounding out the core “family” – who wasn’t a real family, but as we find out were a real family, is David’s Harbour’s Alexei Shostakov, aka The Red Guardian. He is basically just as dumb and loveable as you’d expect (after that first sequence anyway), and gives us an ageing super solider with imaginary glory days, that delivers most of the movie’s humour along with some of its more emotional moments.

But obviously, the main star of the Black Widow movie is the Black Widow we all know and love… like I mentioned I don’t think the movie is the best goodbye to Natasha, but it’s undeniably a good one. Scarlet Johansson is perfect and brings that tortured Avenger and super spy some real heart and nuance throughout.

Villain-wise, it’s Taskmaster and Ray Winstone’s Dreykov – I don’t think either is really built up enough for the end of the movie to land as much as the movie wants them to, but it’s not their movie, it’s the Widow’s, so they more than serve their purpose. 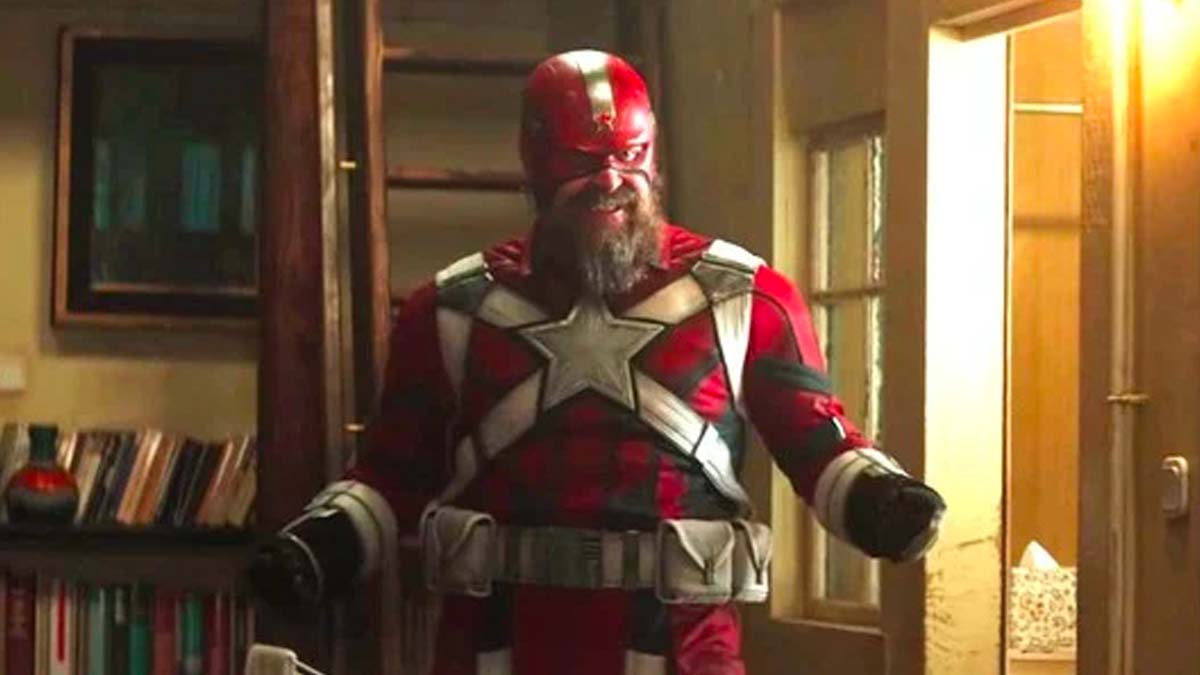 The cast is nicely rounded out by characters like Mason, who shows up a few times, and the return of General Ross, who helps frame the movie in the context of the fallout from Captain America: Civil War, and the prelude to Avengers: Infinity War.

One of my worries going in was how this movie-related, at least in terms of theme and tone, if not actual connections (although we did get a pretty big one) – to The Falcon and the Winter Soldier, both occupy the same sort of space as the spy thriller side of the MCU that is somewhat grounded with just enough comic-book ness like mind control and super-soldier serums. 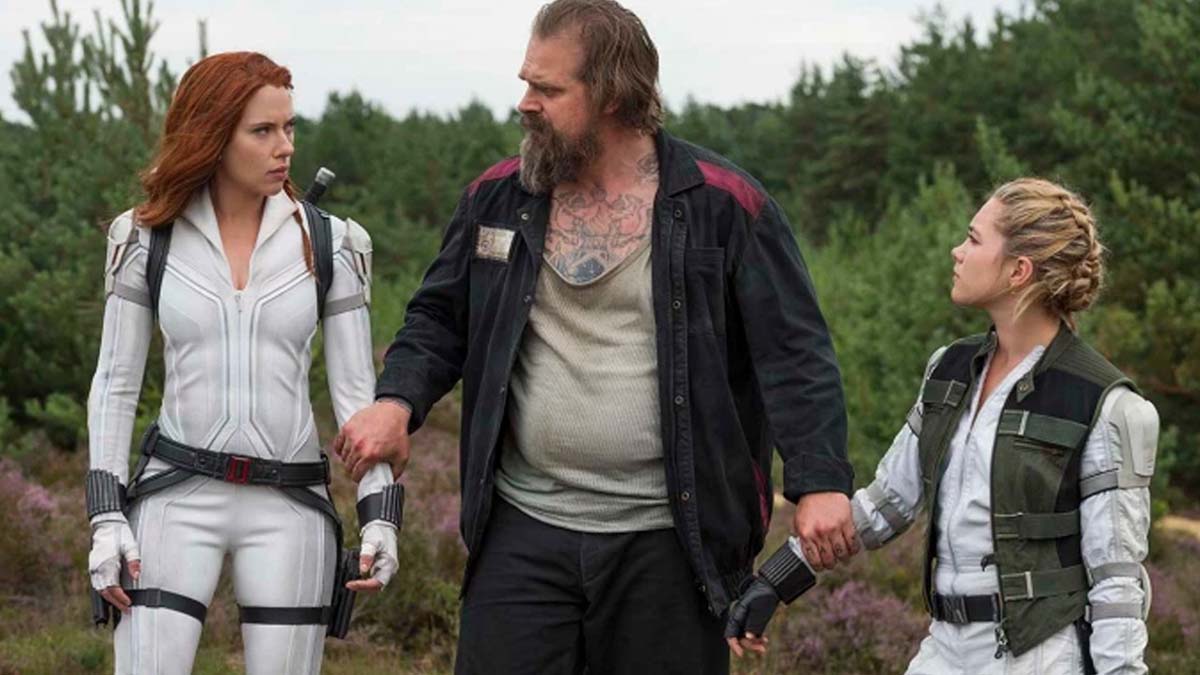 As good as everything was in the Falcon and the WS – Black Widow really felt like a big blockbuster entry into the MCU, more so than the show did… with huge amazing action set pieces, an incredible cinematic score, and several moments that feel like they were made for the big screen.

There’s a few slightly off edits here and there – one I really noticed was when Red Guardian gets hit with all the darts, then it jumps to Yelena checking in him when he collapses, but if you look at the wall there’s a bunch of darts that she clearly dodged, we just didn’t see it, and I think there’s a few skipped beats here and there.

I think some of the skipped beats come at the expense of the more emotional twists and reveals throughout the movie – the Taskmaster one and the backstory on Natasha’s mother more specifically, which I think could have more weight to it if they were mentioned or led into them a little better. 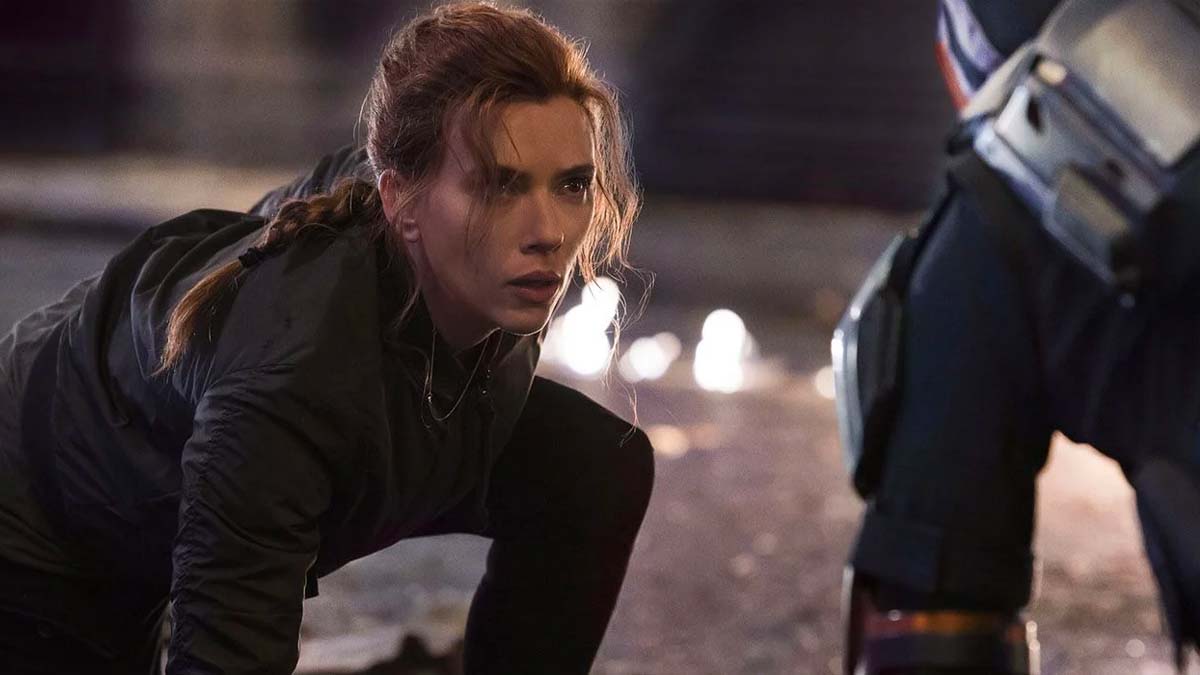 Both of those have one brief mention earlier in the movie before their reveal, and personally, I didn’t think that set up enough for how important they became in the final act of the film.

In terms of character development, and Black Widow specifically I do kind of wish this same story had been spread out over two or three movies and started earlier in the MCU – which would have helped add to the emotion and stakes – and although that may sound like a negative, it’s definitely a good thing, that at the end of the movie I wanted more of it.

For the future of the MCU, Black Widow is less about – “Ooh what did it set up”, and more about “what didn’t it set up”. 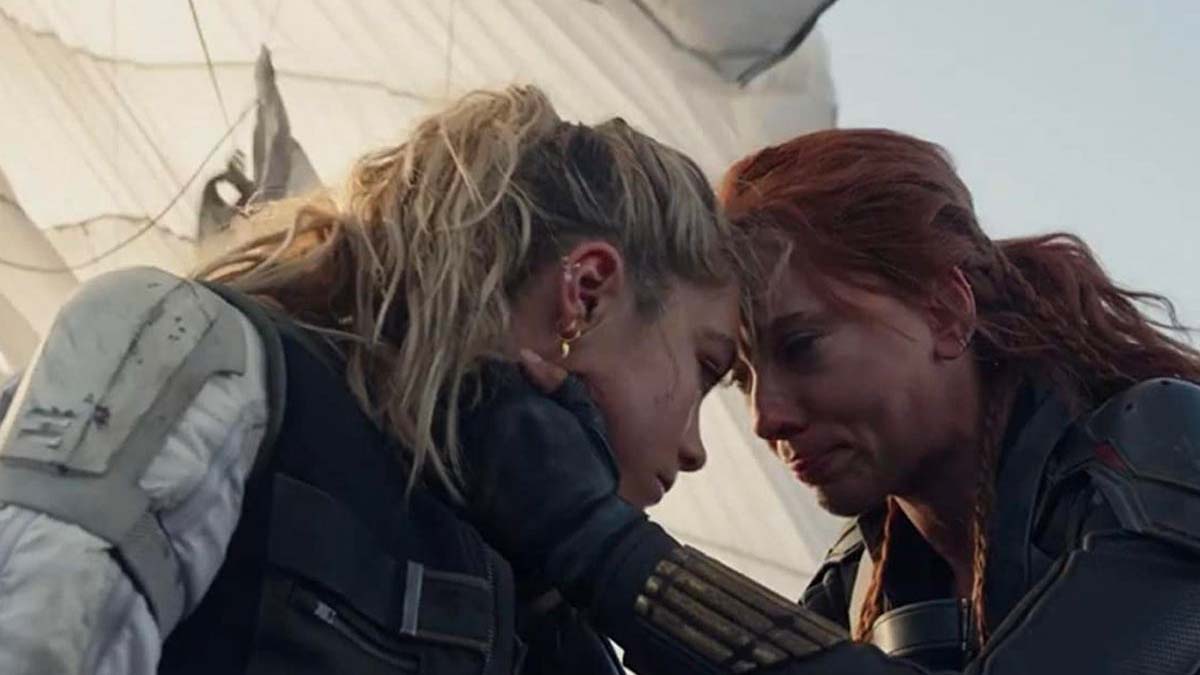 And of course, the post-credits scene, which brings back Julia Louis-Dreyfus’ Contessa Valentina Allegra de Fontaine – which should have been her debut, but instead it’s her return from Falcon and the Winter Soldier.

There she recruited the down but not quite out John Walker as US Agent, and here has already hired Yelena as a contract killer – and gives her a new target, that will play very nicely into the upcoming Disney Plus Hawkeye show.

All in all, however I know I’ve mentioned a few negatives like it feeling more like a hello to new people than a goodbye to Natasha, and some underdeveloped villains and emotional beats. But those are said more in a way of looking at something great and noticing the few problems I have with it.

In a real-world sense, this was a great way to say goodbye to Scarlett Johansson’s Black Widow, who has been an integral part of the MCU since 2010’s Iron Man 2, it’s also a great introduction to a bunch of new characters, mainly Florence Pugh’s Yelena.

The action is top-notch, the humour is great, the movie delivers another great MCU musical score, and most importantly it does what every good MCU property does, tells a good story with everything you expect, and a few things you didn’t, all whilst getting you excited for what’s coming next. 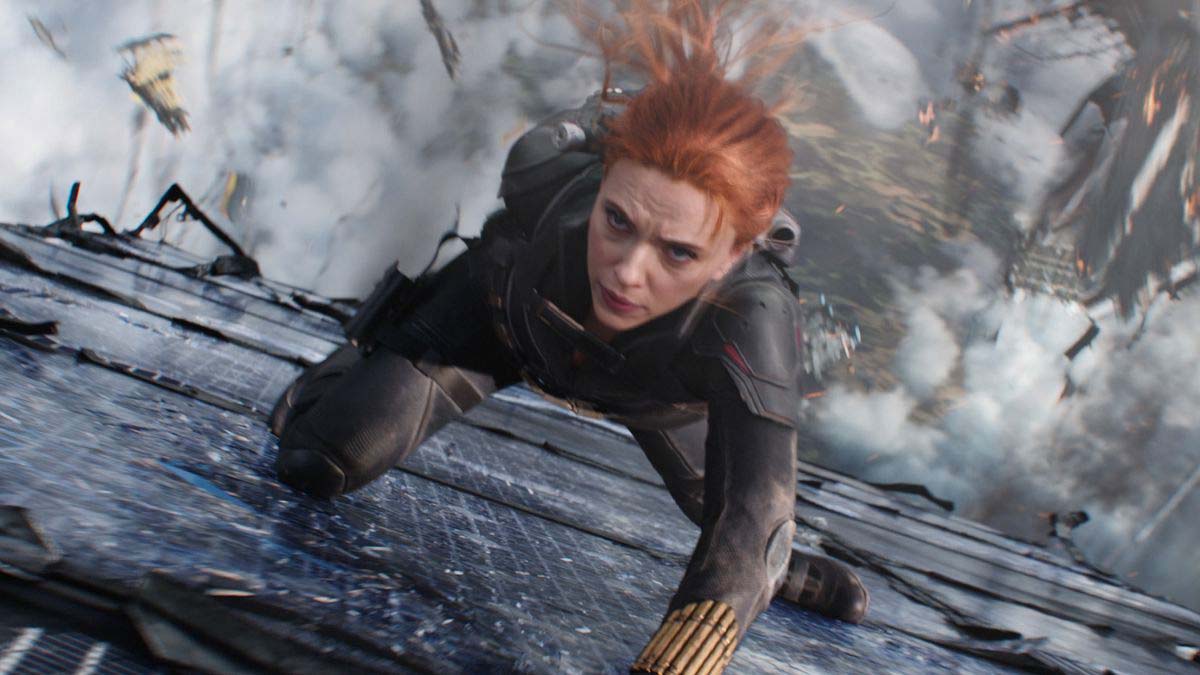 Thanks to anyone who has made it this far into my ramblings – if you liked the video please like and subscribe to the channel for lots more Pop Culture, superhero, and everything else content, and let me know your thoughts on Black Widow in the comments below… 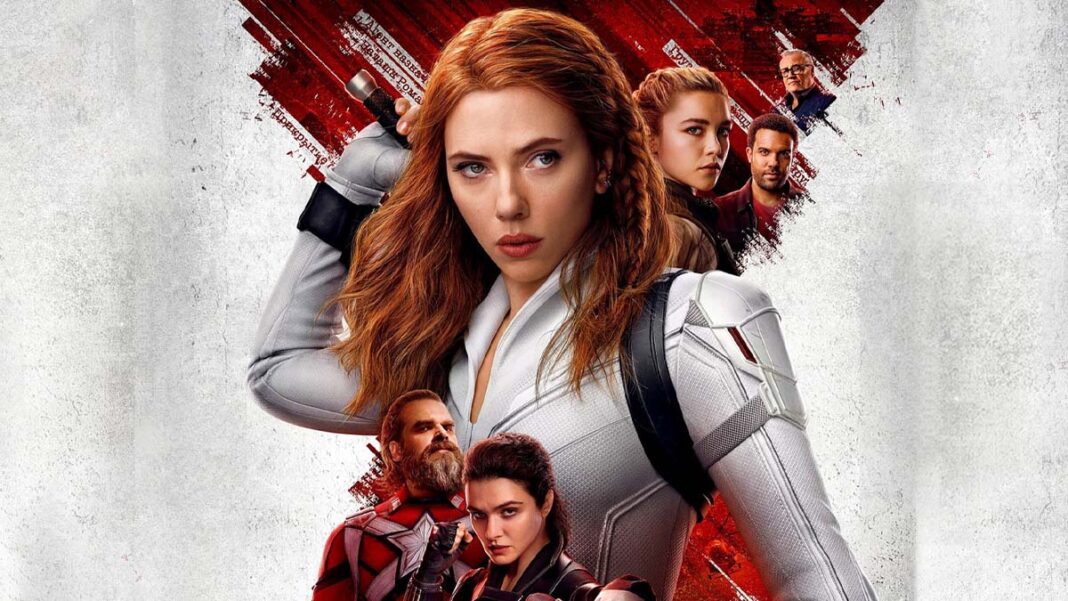