Maleficent: Mistress of Evil delivers a solid sequel to the 2014 reimagining of Sleeping Beauty, and although it is a continuation of a story that (arguably) didn’t need a follow-up, is a solid movie in its own right. Maleficent: Mistress of Evil is full of solid character development, a great interpretation of a live-action Disney fantasy world, and an interesting exploration of some deeper themes. 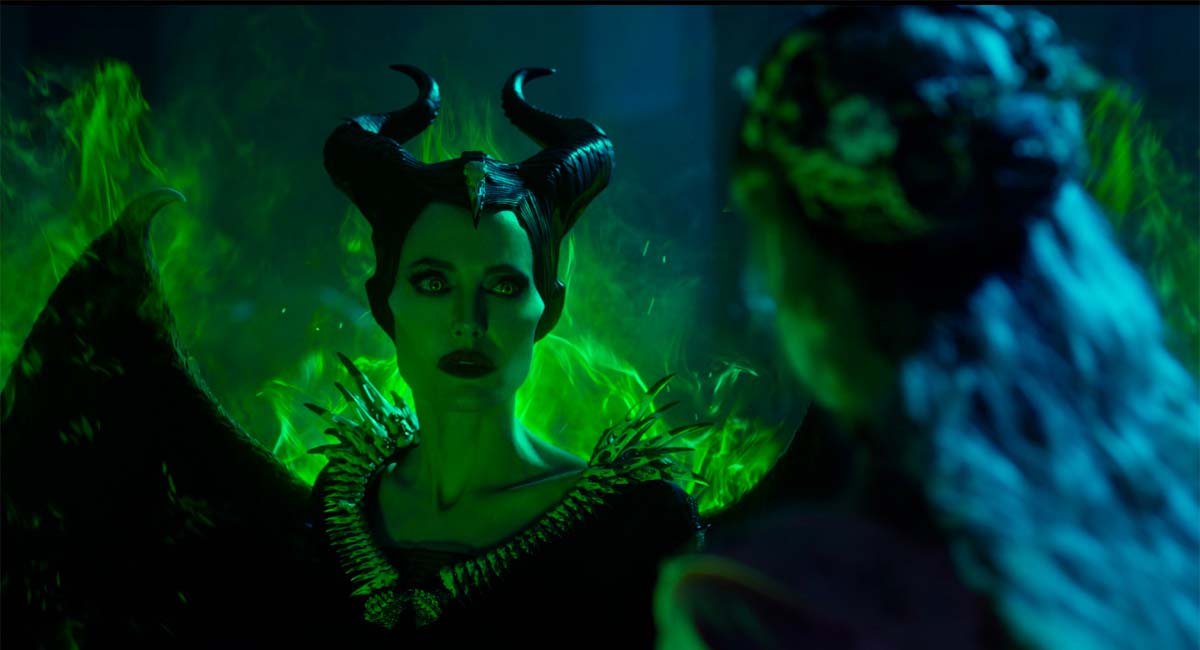 After the success of 2010’s live-action Alice in Wonderland from Tim Burton, Disney began remaking several of their most famous animated features into live-action, after having dabbled with the idea in the likes of 1994’s The Jungle Book and 1996’s 101 Dalmatians (and it’s sequels).

2014’s Maleficent, unlike its predecessors (and many of the remakes since), looked to turn the original animated movie on its head, instead showing the ‘true’ events of the story behind Maleficent, King Stefan, Princess Aurora, and Prince Phillip.

The movie, which shifted Maleficent into a more understandable character driven to her villainy by betrayal, proved to be a huge hit and was widely praised for its original take on the story, visual effects, and performances, in particular that of Angelina Jolie as the iconic Disney villain. 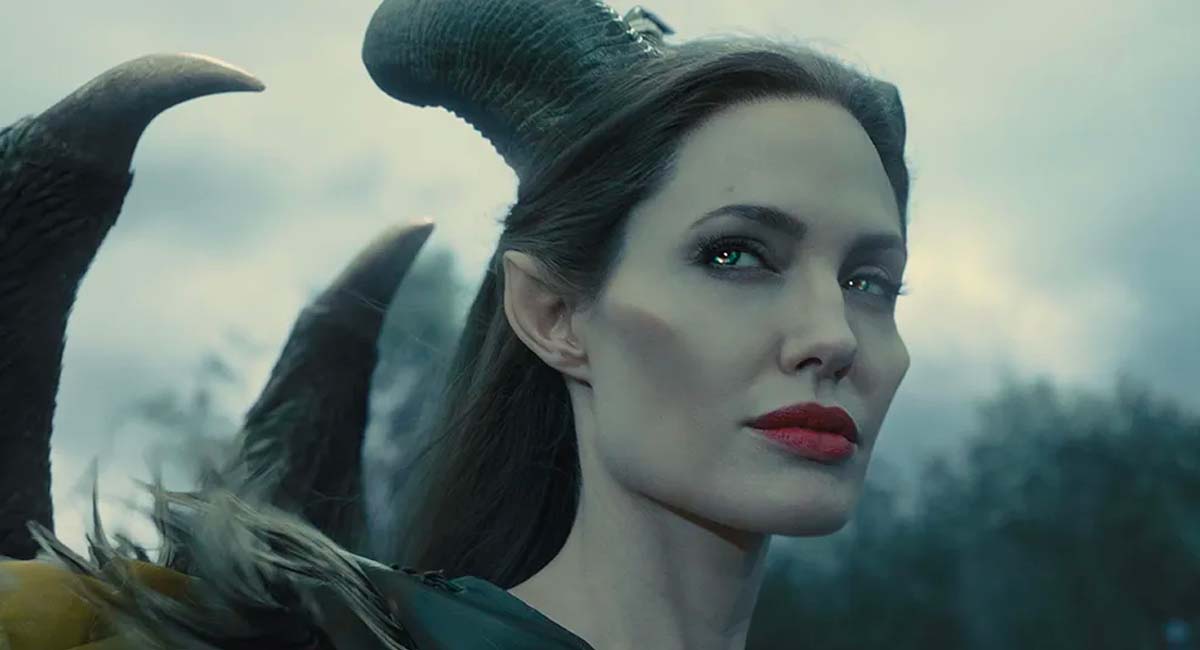 The film told a relatively self-contained story, one that played on the preconceptions and expectations people had from the original Sleeping Beauty, but arguably left its characters without the need for a sequel, especially one in which Maleficent returns to her evil ways.

But thankfully Mistress of Evil manages to play on Maleficent’s temperament, explaining her sudden switch back to villainy by combining her dislike of Prince Phillip, her over protection of Aurora, the manipulations of Queen Ingrith, and the mystery of the Dark Fey (other winged beings like Maleficent).

Returning as Princess Aurora, Elle Fanning gets much more of her own arc in the sequel. After struggling against Maleficent in the beginning, she quickly begins to feel out of place in the palace, away from the Moors, and eventually uncovers Ingrith’s plot before anyone else.

Similarly, Michelle Pfeiffer’s Queen Ingrith provides a well-developed villain for the movie, as a manipulative Queen who will stop at nothing to achieve war against all magical creatures.

Ingrith blames the magical beings from the Moors for losing her own families’ kingdom and has been secretly manipulating her husband, son, and subjects for years.

The supporting cast includes Robert Lindsay as King John, Chiwetel Ejiofor as Conall, Ed Skrein as Borra, Harris Dickinson as Prince Phillip (replacing Brenton Thwaites) and Sam Riley returning as Diaval. And although they all add to the movie well, the real story comes down to Ingrith, Aurora, and Maleficent. 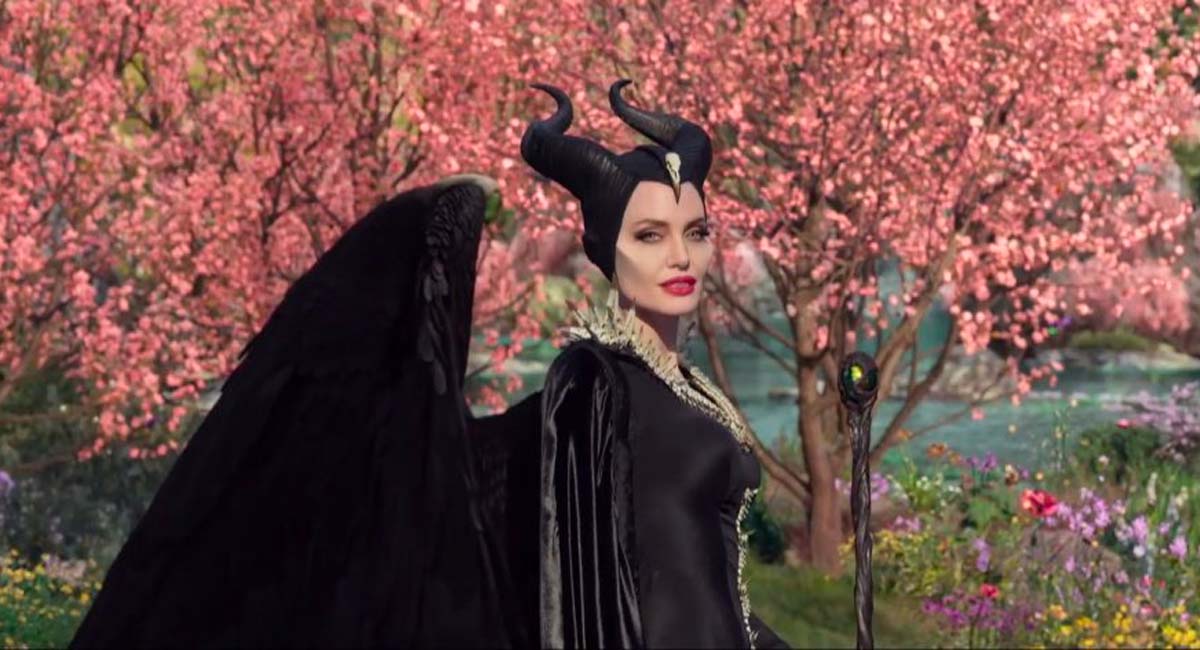 The first movie injected some deeper messages into its subtext, with Jolie herself confirming the physical and emotional pain Maleficent feels after being drugged by Stefan so that he can remove her wings was intended to mirror the struggles of a sexual assault victim.

Maleficent: Mistress of Evil continues that thread, and explores the ideas of intolerance and political manipulation, thanks to the machinations of Michelle Phieffer’s Queen Ingrith. 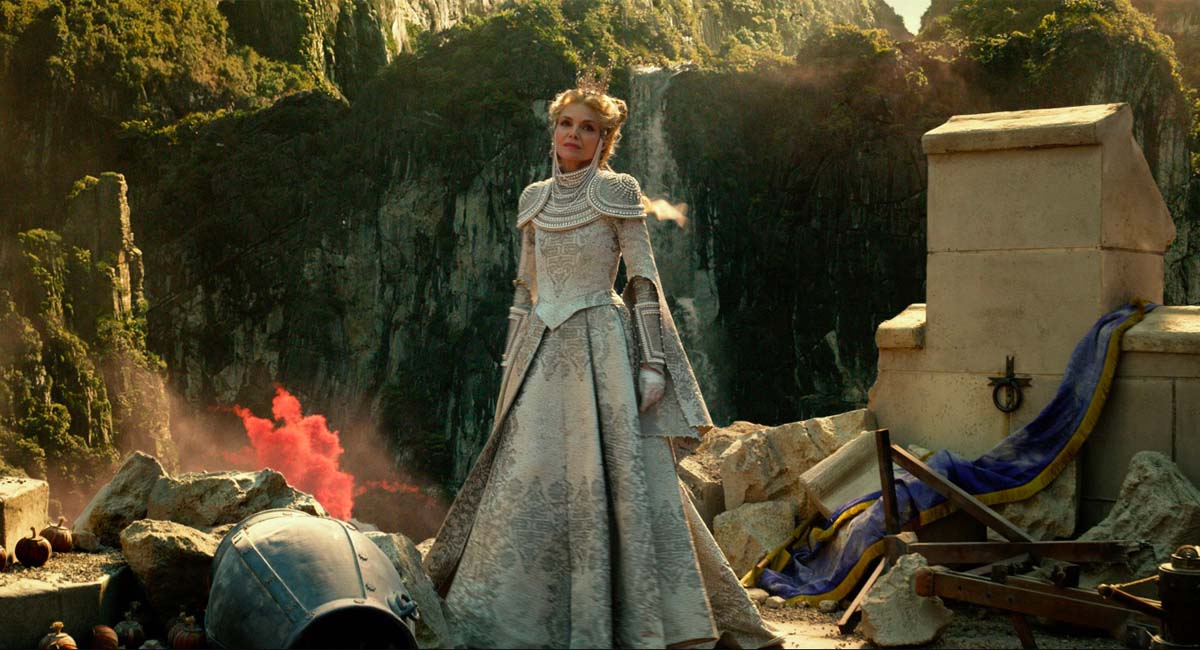 The Queen tricks her kingdom into thinking that Maleficent had cursed the King and began a war, after spreading the myth that Maleficent was the true villain of Aurora’s story for years (making sure the real details of how the young Princess was saved were omitted). Thanks to this scheme the human occupants of Ulstead fear and hate both Maleficent and the magical creatures of the Moors.

Similarly, Maleficent’s story sees her once again misjudged and mistreated by those she holds dear, and so she lashes out in self-defence, but this time has an army of Dark Fey to back her up.

The Dark Fey, who unbeknownst to Maleficent has been hunted to near extinction by humans, now live on a small secluded island and are nearly as ready for war themselves. 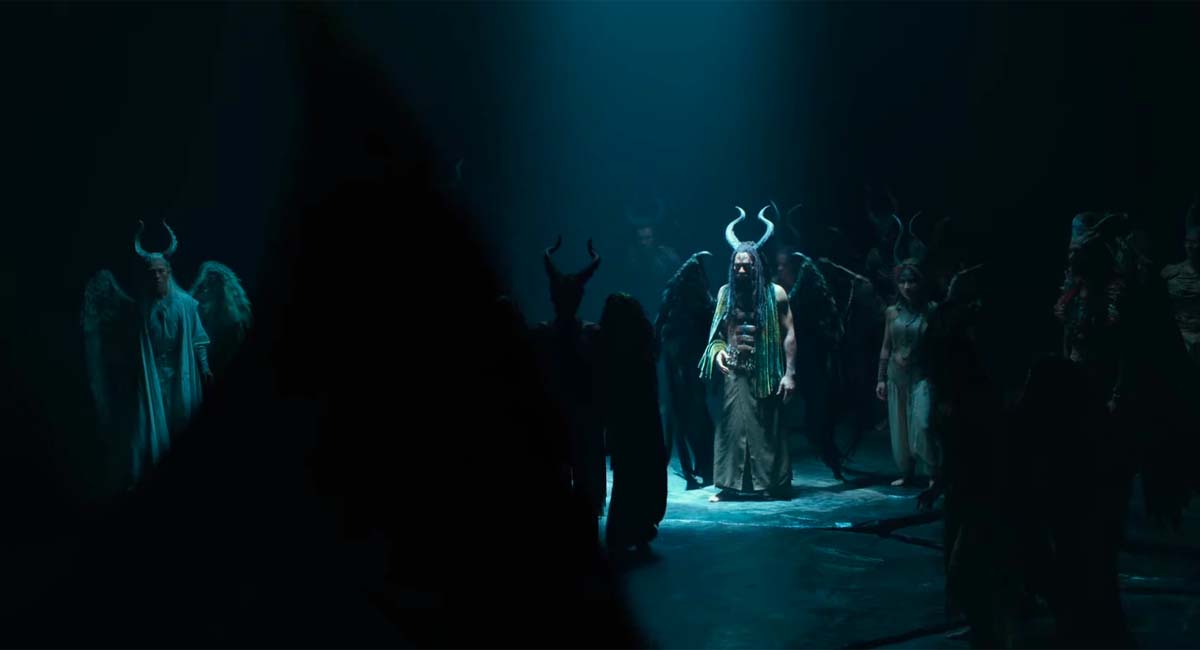 The conflict comes to a head with Ingrith, Aurora, and Maleficent at the centre, and results in a Lord of the Rings-esque sequence that sees an army of winged Dark Fey assault the kingdom of Ulstead across a large multipart battle with some impressive visuals.

The battle, its causes, and the aftermath, in turn, lead to an extremely interesting exploration of this live-action fantasy world, one that could tell a lot more stories.

Overall Maleficent: Mistress of Evil puts forward a worthy sequel to the first film, one that manages to expand upon its characters whilst fleshing out and opening up Disney’s live-action fantasy world, as well as exploring some deeper themes. 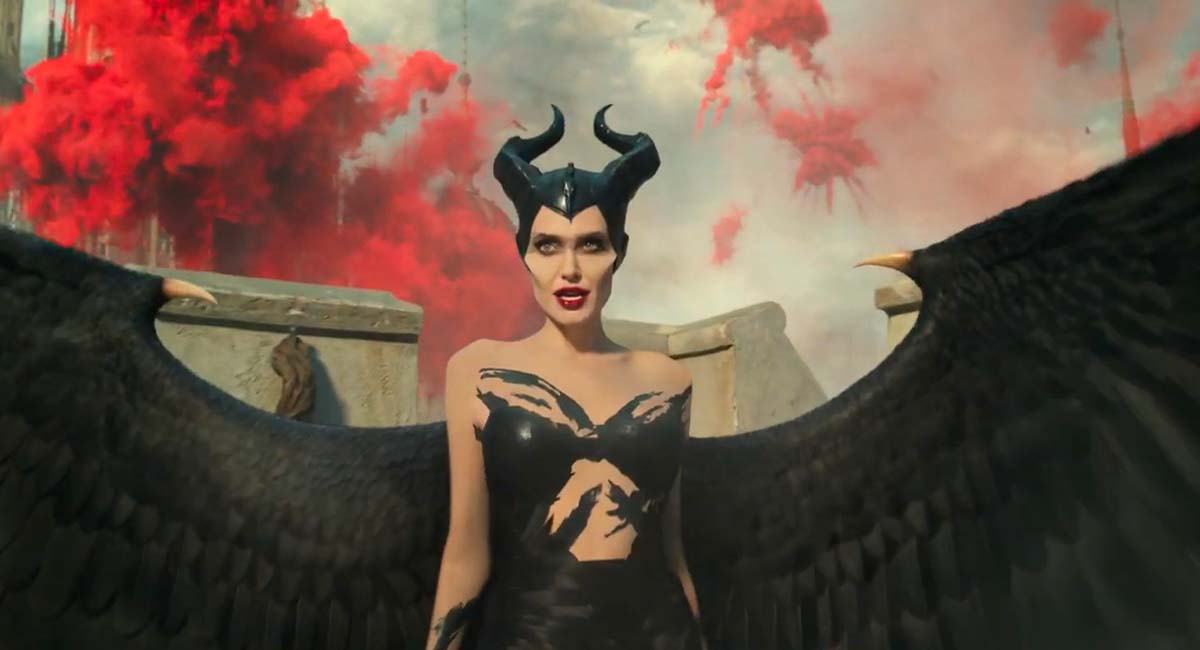 But the beauty of the second Maleficent movie is that like its predecessor it’s relatively self-contained and doesn’t leave anything obviously open and in need of explanation. But at the same time there is also plenty of room for this world to be further explored and perhaps paves the way to the inevitable Disney villain live-action interconnected-universe crossover movie that is surely on its way. 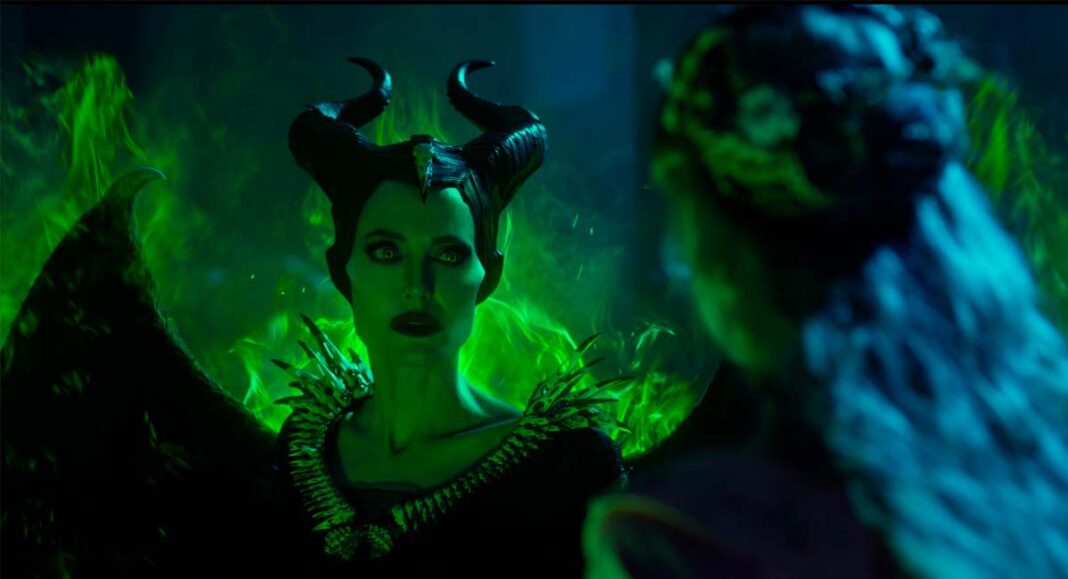