Despite proving itself as one of the best adaptations of the DC Universe, Young Justice was cancelled in 2013, after only two seasons on Cartoon Network. This premature end to a truly great show was primarily due to low toy sales (and the consequent lack of funding from toy company Mattel). Andy yet, despite it’s initially poor merchandising in the years since it finished, Young Justice’s popularity has only continued and increased. By 2016 the still increasing fan base (and numerous petitions for another season) prompted Warner Bros. Animation to confirm that they intended to bring back the popular animated show and that a third season was coming soon. 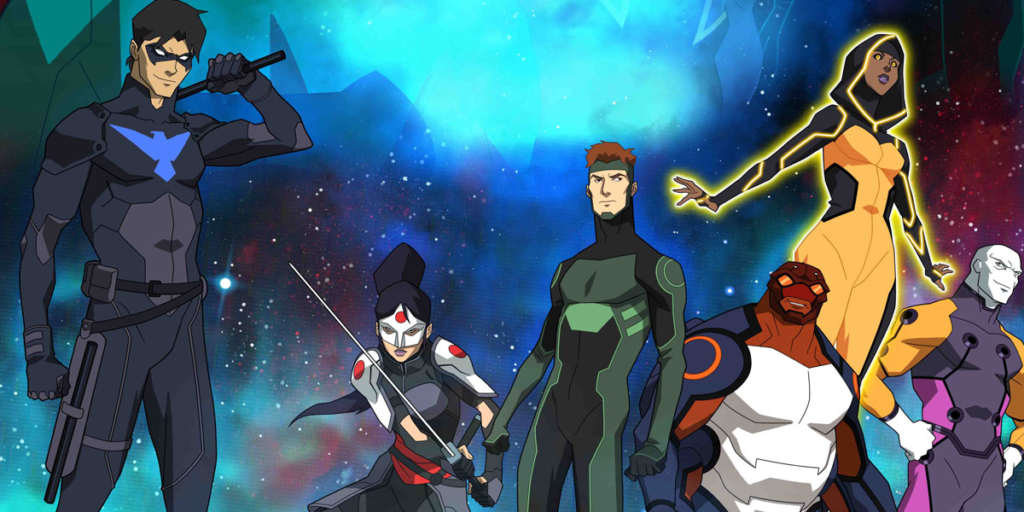 Over the next few years more details were released, and fans learned that the third season would jump forward a few years (similar to the jump between the first and second season), most of the original cast and characters would be returning, the third season would be titled ‘Young Justice: Outsiders’, the show would be exclusive to DC’s streaming service in the US (and later go to Netflix across the rest of the world), and the general tone of the show would be a little more adult, with fewer restrictions in place than when the show was being made for Cartoon Network.

The return of Young Justice was enough for most fans, but with the promise of finally finishing a number of open threads, a bigger scope than ever before, and a more mature tone (for a show that already dealt with heroes getting villains pregnant, the misuse of superpowers, and the real cost of living a double life), only added to the already high anticipation for the show.

Thankfully (not that there was really any doubt) the third season is everything Young Justice fans could want, combining an intriguing storyline with both new and old characters, that manages to feel unmistakably familiar in it’s ‘Young Justice-ness’, and yet wholly fresh and entertaining at the same time. 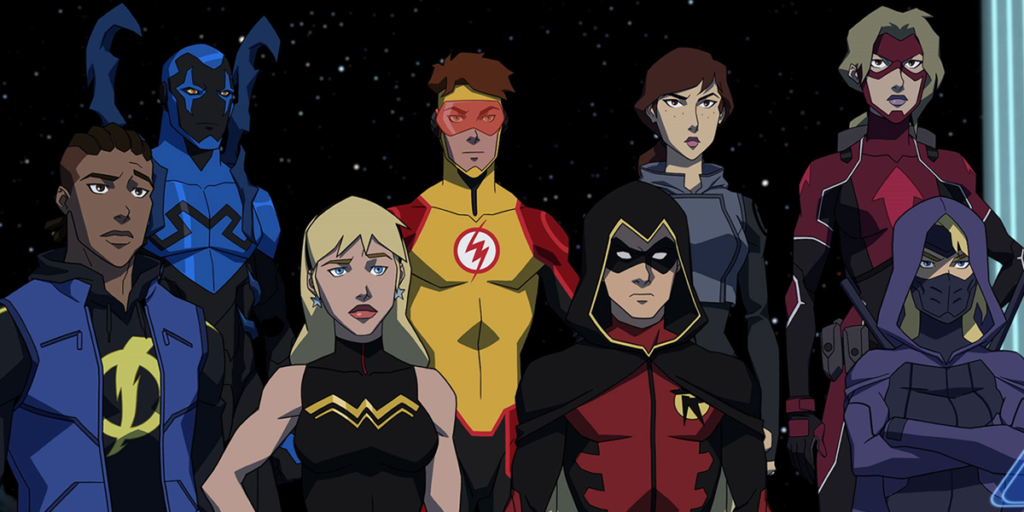 Outsiders picks up years after the end of the second season and follows the rise of a metahuman trafficking system, that is taking humans who have the genetic potential for the meta-gene, turning them into weapons and then selling them across the galaxy. Whilst the Justice League and ‘the Team’ fight this threat out in the open, Nightwing is forced to recruit (and lead) a new covert team to further investigate the meta-human smugglers on Earth, and find out what they are really up to.

Meanwhile, Batman, Green Arrow and a number of other League members officially leave the Justice League due to increased restrictions and sanctions by a Lex Luthor influenced UN, which in turn leads to Batman creating Batman Inc.

A few of the more notable changes since Young Justice ended are Kaldur’ahm (Aqualad) is now leading the Justice League, a whole new ‘Team’ including Blue Beetle, Kid Flash, Static and Thirteen, are now following Miss Martian’s lead, Artemus and Roy are raising Roy and Cheshire’s baby, and Nightwing has primarily been acting as a (mostly) solo superhero since the close of season two. 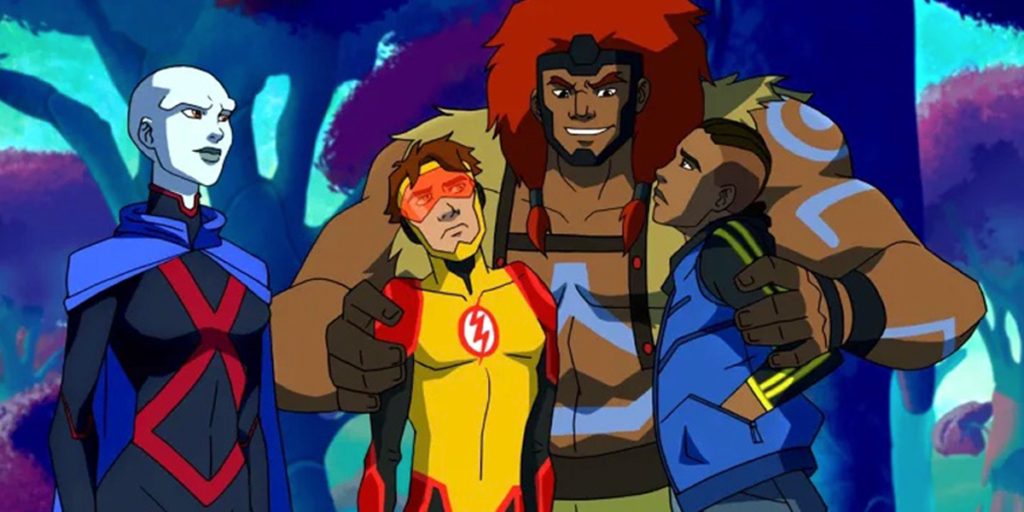 Without getting into too many spoilers, the series then mostly follows Nightwing’s new team of ‘Outsiders’, as they trace back this new threat to a very familiar Young Justice enemy. Encountering plenty of familiar and brand new characters, and taking as deep a dive into DC lore as you’d expect along the way.

Whilst plenty of shows could struggle with balancing showing off what it’s main characters have been up to in the years between seasons, whilst also introducing a number of new ones, Young Justice makes it look easy. Making sure each of the new characters, such as Black Lightning, Forager, Halo, and Geo-Force, feel as important and developed as characters we’ve already spent two seasons with.

Adding to that development, each of the new characters, particularly Black Lightning, Forager, Halo, and Geo-Force, are each a part of the Outsiders (and not the League or the Team) for a specific reason. These heroes are each dealing with some deep and pretty intense issues such as guilt, loss, and the idea of being forced to leave your home. With these themes, comes another trademark of Young Justice, where it manages to explore some unexpectedly deep issues and deliver some deep and powerful arcs for its characters, all whilst advancing the plot and interweaving numerous teams and villainous plots. 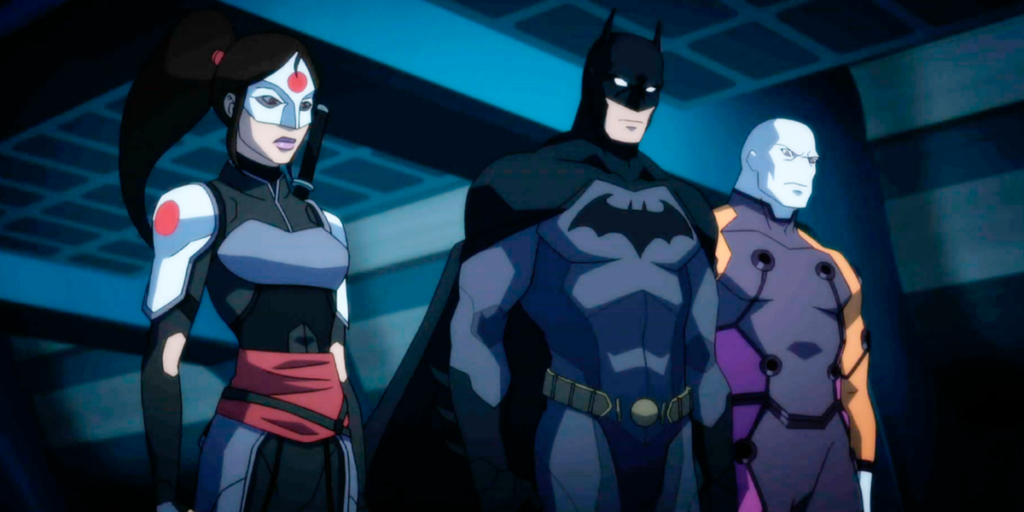 Overall, Outsiders is unmistakably Young Justice, and is made that much better with a little more blood and swearing, adding even more maturity to some of the most in-depth and mature DC animations there’s ever been. On top of this is Young Justice’s trademark care and appreciation applied to both the characters we know and love, and some totally new ones. All in all Young Justice: Outsiders is the third season fans always wanted, and hopefully paves the way for plenty more seasons to come. 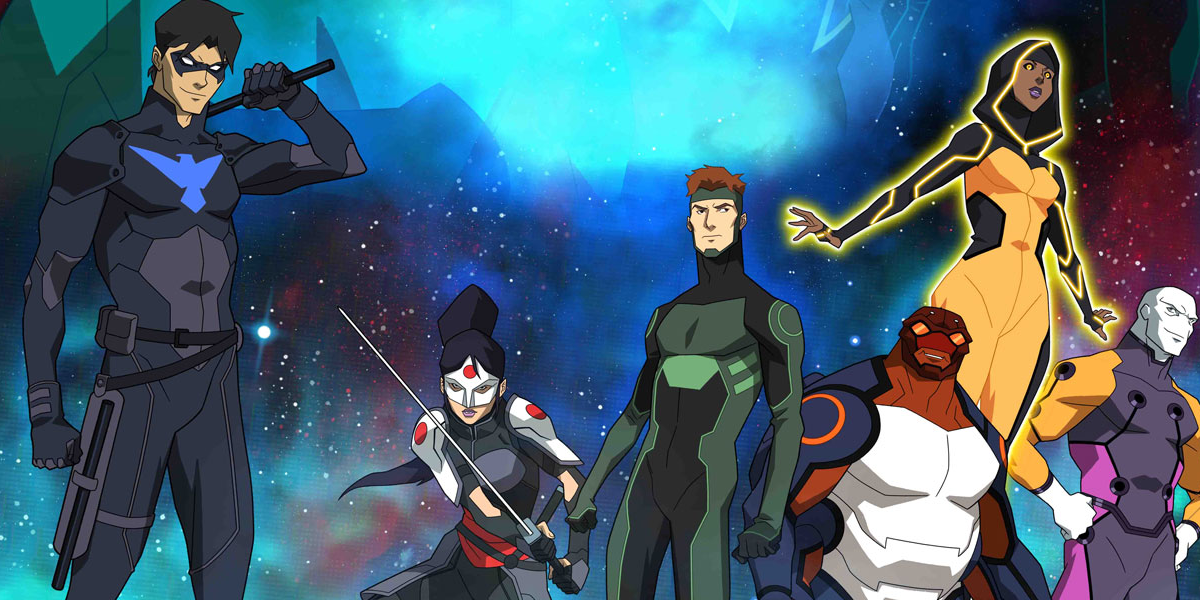 Young Justice: Outsiders is the Show at its Best

3
February 8, 2019
Previous articleWhy Birthright is One of the Best Comics Out There
Next articleHow The Umbrella Academy Takes Adaptions to New Heights