Led by writer Ed Brubaker, with art from Steve Epting, Michael Lark, J.P. Leon, and Mike Perkins, the first issues of 2005’s Captain America Volume Five redefined the character’s long comic book history. The story arc revolves around the return of the tortured Bucky Barnes, Captain America’s original wartime sidekick who is revealed to be an enhanced Soviet assassin. The Winter Soldier movie adaptation was similarly universe-altering for the MCU, but for very different reasons, taking a very loose approach to its adaptation. In Winter Soldier: The Biggest Differences Between the Comics and the Movie we’re taking a look at everything from missing characters, and alternate motivations to who the real villain is.

One of the most significant differences between the movie and comic book versions of the Winter Soldier is the presence of the Red Skull. In the film version, Johann Schmidt was transported from 1945 to Vormir in Captain America: The First Avenger, and not seen again until Avengers: Infinity War. In the comics, he returned to modern-day earth years after his original death to terrorise the world and Captain America once again.

Although his obsession for the Tesseract, better known as the Cosmic Cube in the comics, is a large part of the storyline, Red Skull himself exits the story early, thanks to some smart planning from the main villain Aleksander Lukin, and the sniper skills of the Winter Soldier. 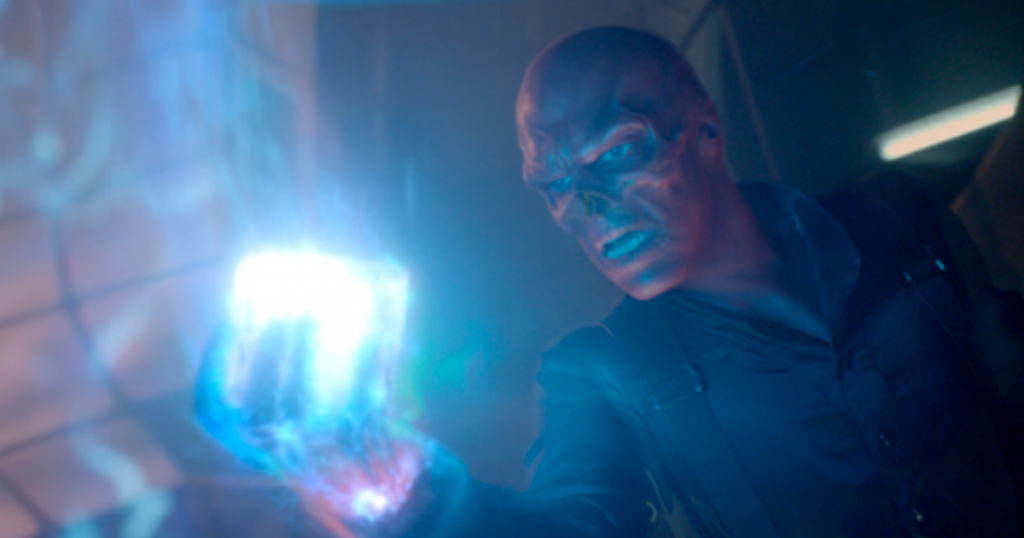 Despite the Red Skull, Captain America’s arch-nemesis, being present in the Winter Soldier storyline, the real villain is Aleksander Lukin. Although Lukin has no direct grievance with Captain America, he is revealed to the protege of Vasily Karpov. As the story progresses flashbacks to the Second World War reveal an uneasy and contempt filled alliance between the Soviet Karpov and Captain America. Lukin develops his plans for world domination and combines them with an attempt at revenge against his mentor’s old enemy. Lukin’s mentor Karpov is revealed to be the one responsible for retrieving Bucky’s body after his apparent death during the war and converting him into the Soviet assassin, the Winter Soldier.

Although Lukin is absent from the movie, his mentor Karpov is the man in charge of Bucky’s missions, who is later killed by Zemo. 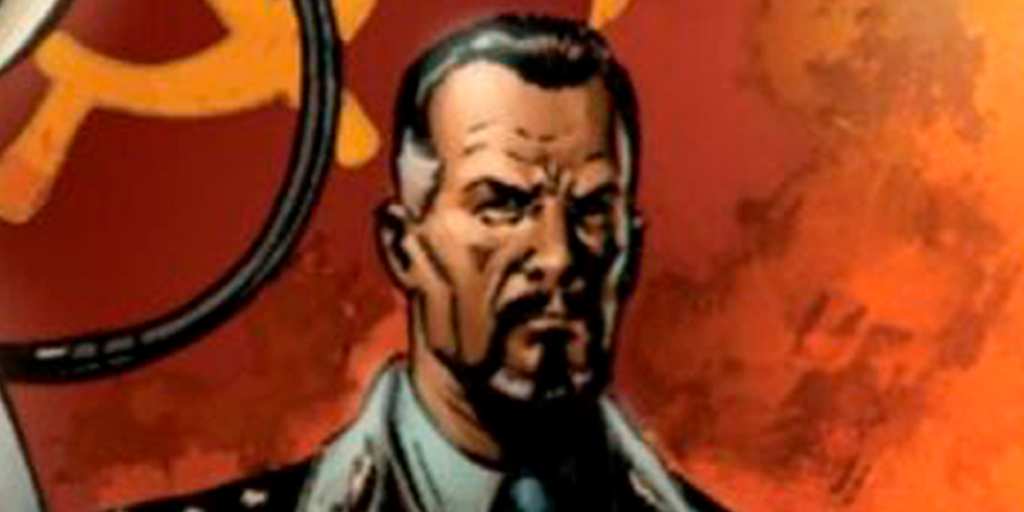 Early on in the Winter Soldier arc Lukin is confronted by an injured Red Guardian, the Soviet equivalent to Captain America. As Red Guardian tries to arrest Lukin on behalf of the Russian government Lukin, a former Soviet K.G.B. officer, claims to be acting in the interest of the true Soviet Union and executes Red Guardian.

In the MCU Red Guardian is to be played by David Harbour in the upcoming Black Widow, debuting in 2020, six years after The Winter Soldier movie. 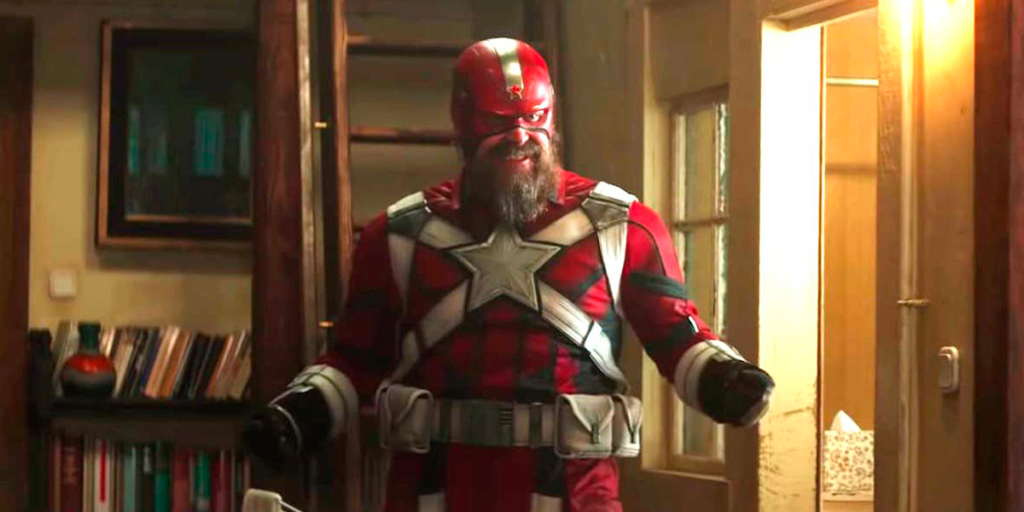 One of the movie adaptation’s (and the MCU’s) best moments is the reveal of HYDRA sleeper agents within S.H.I.E.L.D. The Red Skull led Nazi sub-faction was revitalised by Arnim Zola who established the organisation within S.H.I.E.L.D after the war. The twist altered the direction of the entire MCU but is absent from the comic version.

Instead, Red Skull has a new organisation called A.I.D. (Advanced Ideas in Destruction), through which he intends to restore the Cosmic Cube and enact his revenge against Captain America. 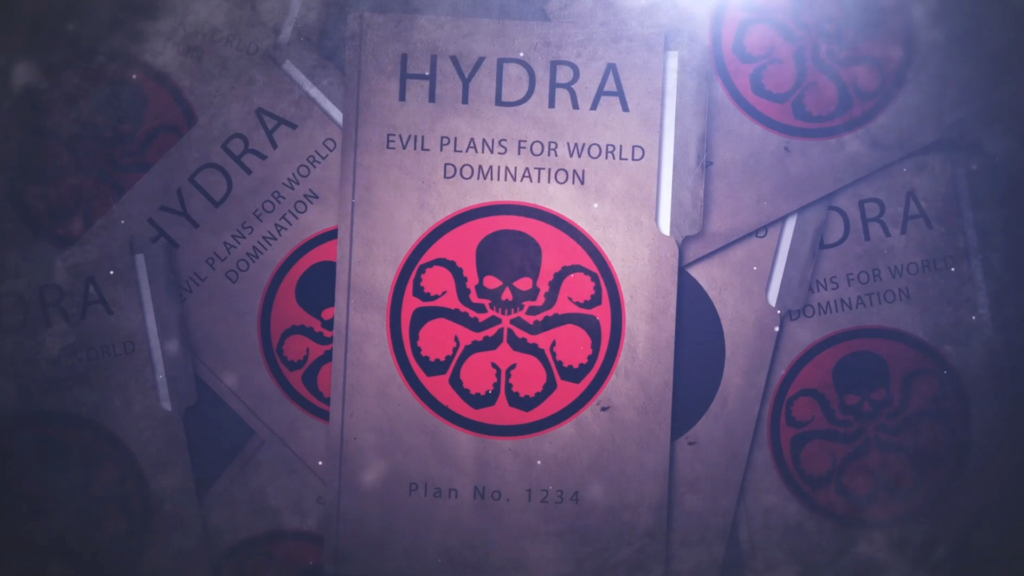 The fifth volume of the Captain America series followed the Avengers Disassembled arc from 2004. The storyline saw a vast number of status quo shifts for the Marvel Universe including the Avengers disbanding, Iron Man resuming a secret identity, and the deaths of Thor and Hawkeye. Contrasting with this, despite the HYDRA reveal, the Avengers remain an active team from the Winter Soldier movie through to Captain America: Civil War, and even then half of them remain official Avengers, while Steve Rogers leads a separate band of “Secret Avengers”. 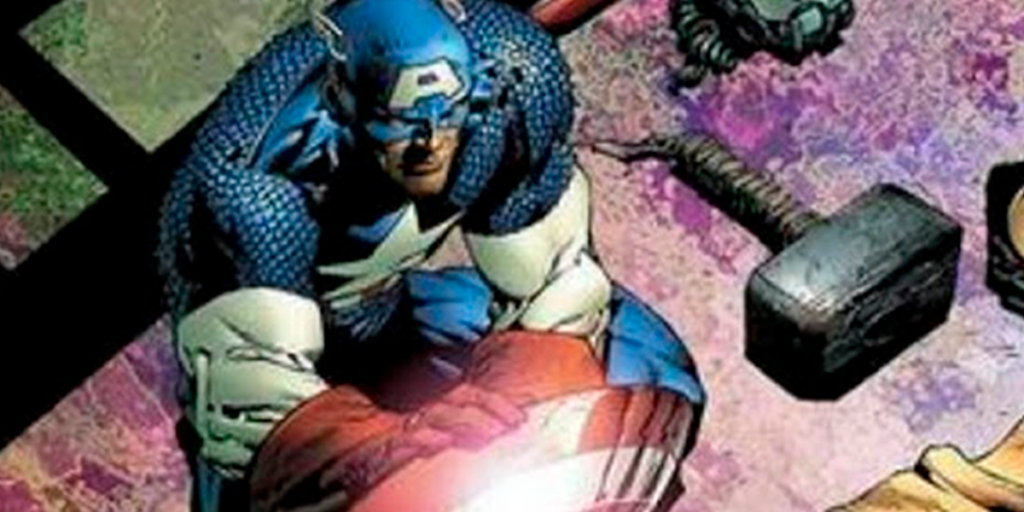 Sharon Carter, better known to comic book fans as Agent 13, played a crucial role in the Winter Soldier movie, although Steve Rogers didn’t know her true identity. In the comics, the two had already been in a serious relationship but had also since broken up. In the comic book, Agent 13 is one of the main supporting characters; she is key to both Steve Rogers personal life, and as Nick Fury’s most trusted operative, is also central to the various S.H.I.E.L.D. missions featured in the arc. 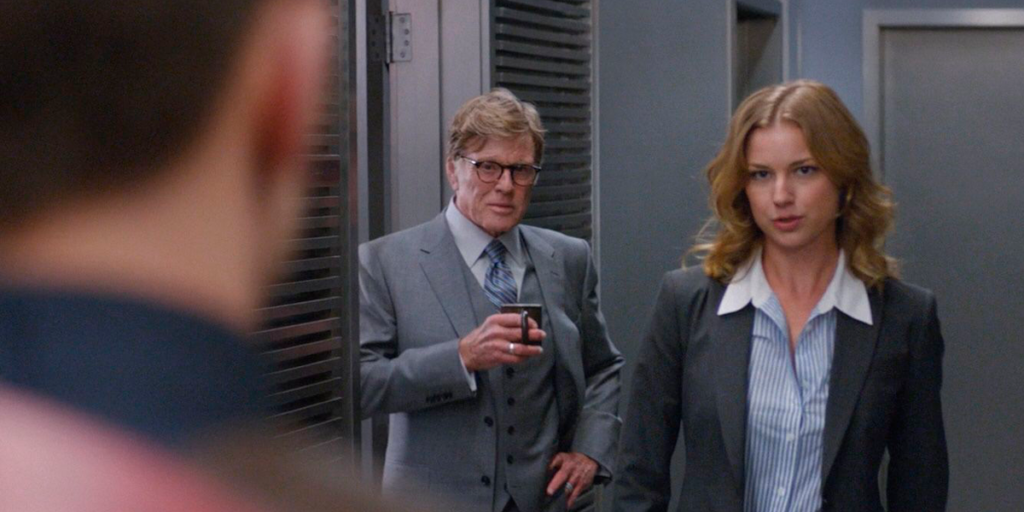 The Winter Soldier arc begins with the Red Skull rebuilding a Cosmic Cube, with which he intends to destroy Captain America. But after his assassination, Lukin takes the cube for himself. The former K.G.B. operative uses the reality-altering Cube to force Steve Rogers in to remembering specific moments of his past with Bucky, as well as seemingly altering some of those memories, like Bucky’s death. The confusion causes some significant doubt in what happened to Captain America in the past. The Cube eventually takes its toll on Lukin, causing his mental state to decline, and even bonds the spirit of Red Skull to him. 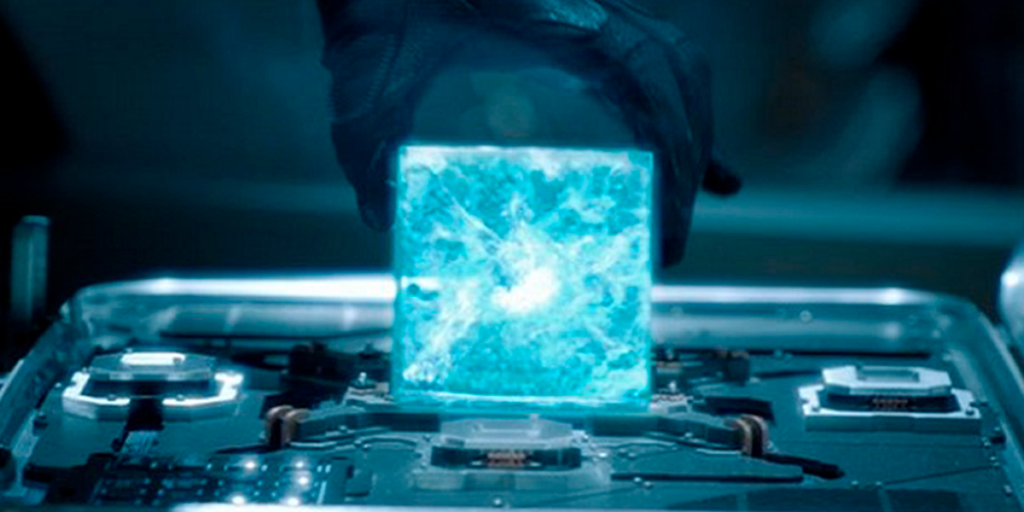 Although the Red Skull dies hours before one of his most evil plans is enacted, that would have seen bombs go off in London, Paris, and Manhattan, Crossbones, one of his lieutenants, attempts to carry out the plan in “his memory”. 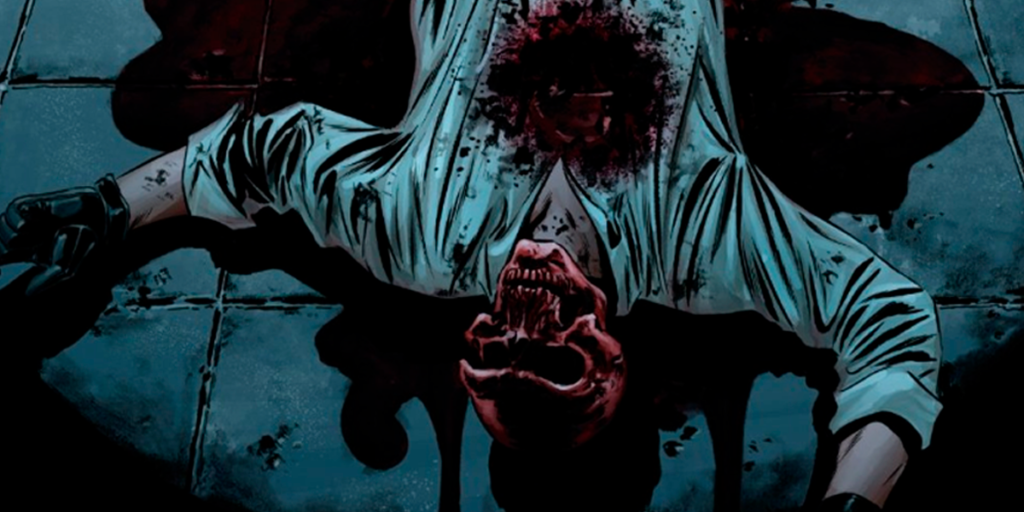 Brock Rumlow, STRIKE team’s leader, and a HYDRA sleeper agent carries out much of HYDRA’s more sinister deeds in the Winter Soldier movie. This links well with his role in the comics, where he is a loyal lieutenant of the Red Skull. Crossbones insists on carrying out A.I.D.’s plans despite the Red Skull’s death. He also attacks Captain America (after receiving an anonymous tip as to his location), but when Cap can barely fight back, thanks to his returning memories, Crossbones decides to leave Captain America, as killing him would be too easy. 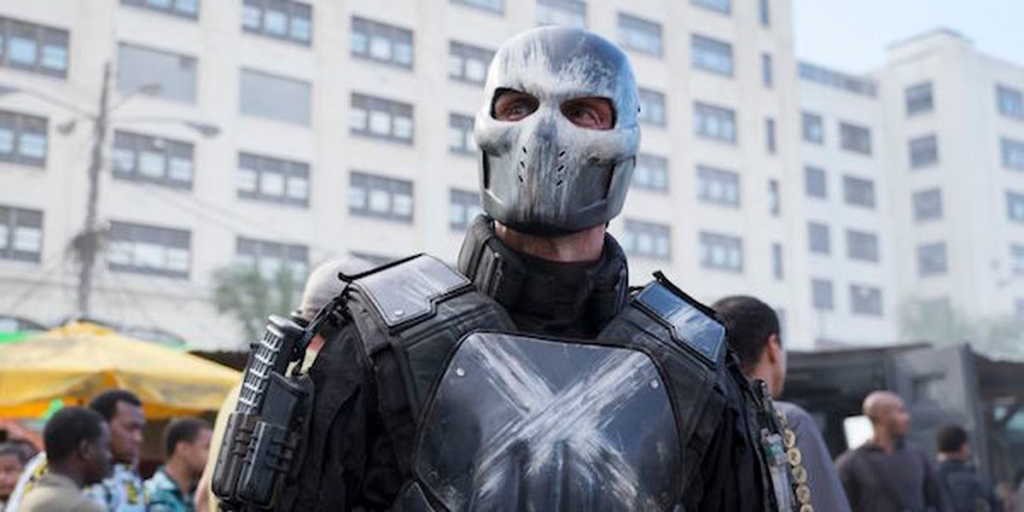 In the comics, Jack Monroe and William Burnside (a man so obsessed with Captain America that he had surgery to look like Steve Rogers and changed his name to suit), became a later version of  Bucky and Captain America. After years of adventures, Monroe and Burnside were cryogenically frozen and later released when the original Captain America was revived in the modern-day.

Jack, the later incarnation of Bucky, who’s super-soldier serum began to deteriorate was rehabilitated and later became a version of Nomad, another of Steve Roger’s superhero aliases. Monroe was then manipulated into being a new version of the villain Scourge. 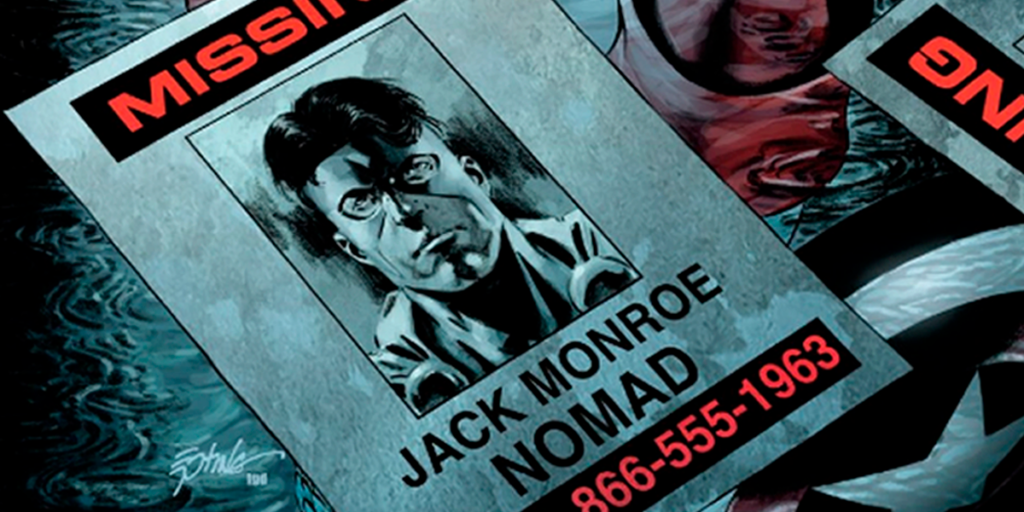 Another substantial difference between the movie and comic book adaptations is the relationship between Steve Rogers and Bucky Barnes. In the movies, the two are childhood friends (as MCU viewers saw in Captain America: The First Avenger), and after Captain America breaks Bucky out of a HYDRA facility, where Arnim Zola had already begun experimenting on him, the two lead the Howling Commandoes against HYDRA.

In the comic Captain America flashes back to the war frequently, but in the final issue of the arc, he remembers first meeting Bucky. In this version, the two weren’t childhood friends and were instead put together by the military. Bucky was already a skilful fighter and soldier at the age of sixteen (four years younger than Captain America at the time). He was intended to be just as much of a symbol as Captain America, while also acting as a small and agile reconnaissance gatherer and assassin. Bucky is described as someone who could get his hands dirtier than most soldiers, but get away with it while most of the attention was on Captain America. 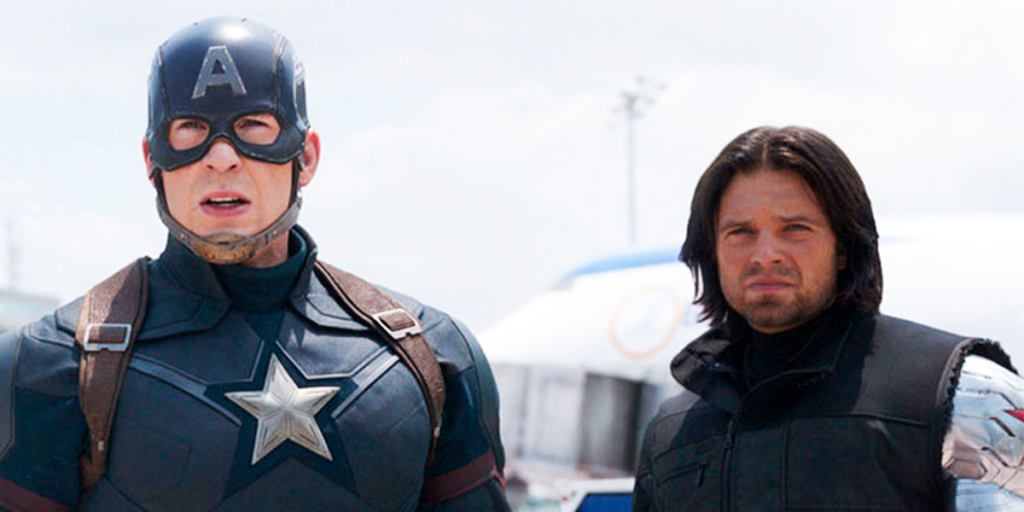 At the end of the Winter Soldier arc, Captain America uses the Cosmic Cube to restore Bucky’s memories. Horrified at what he was turned into, Bucky asks why Captain America would do this, and escapes. Although the exact details are different from the movie version, the idea is there, with Bucky finally remembering more of who he is by the end of the movie.

The comic ends with a scene of Bucky returning to Camp Lehigh, where he first met Captain America, seemingly intent on rediscovering himself. This echoes the post-credits scene of the Winter Soldier movie where Bucky goes to a museum to learn about himself and Captain America. 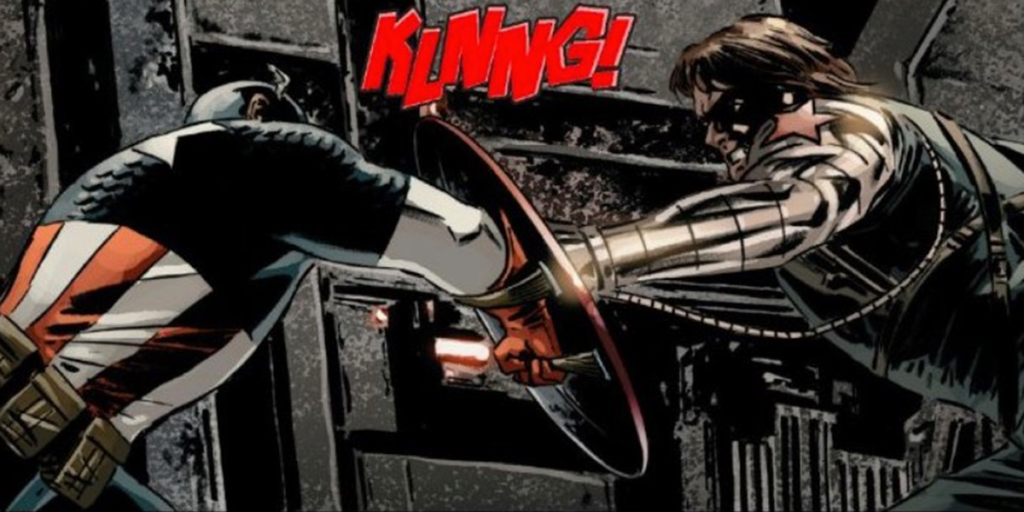 If you’ve enjoyed Winter Soldier: the Biggest Differences Between the Comics and the Movie check out our post on the MCU’s adaption of Civil War or a Side by Side Comparison of The Best Comic book Panel Recreations in the MCU HERE. 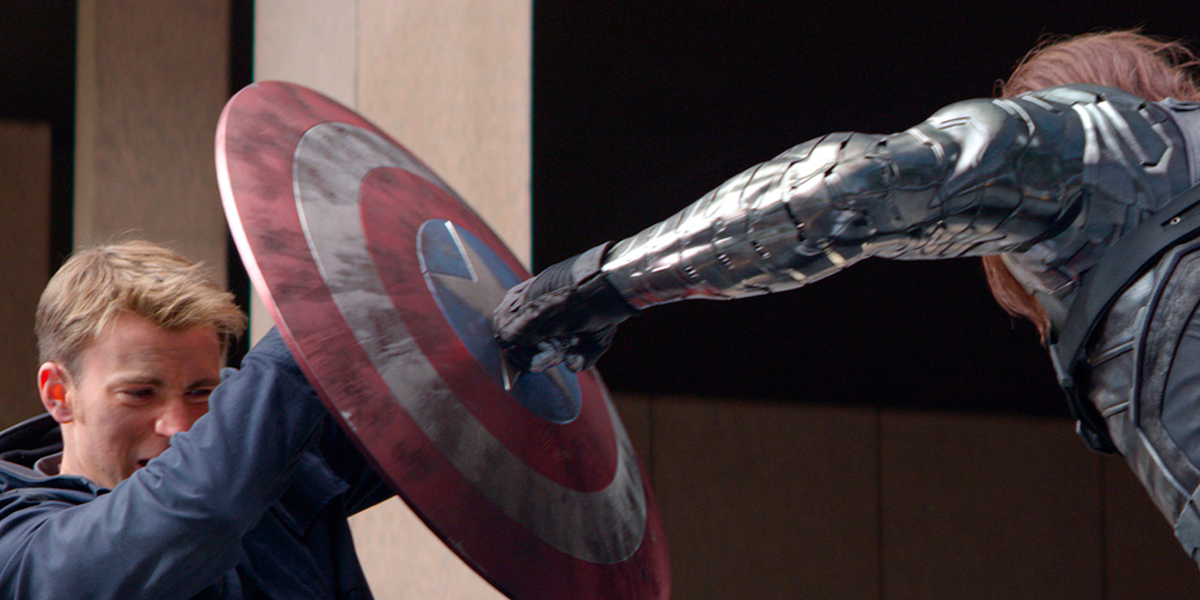 June 3, 2020
Previous articleFallen Order’s Surprise DLC is the Perfect Reason to Replay one of the Best Star Wars Stories in Years
Next articleThe Best Comic Book Panels Recreated in the MCU – Part 3