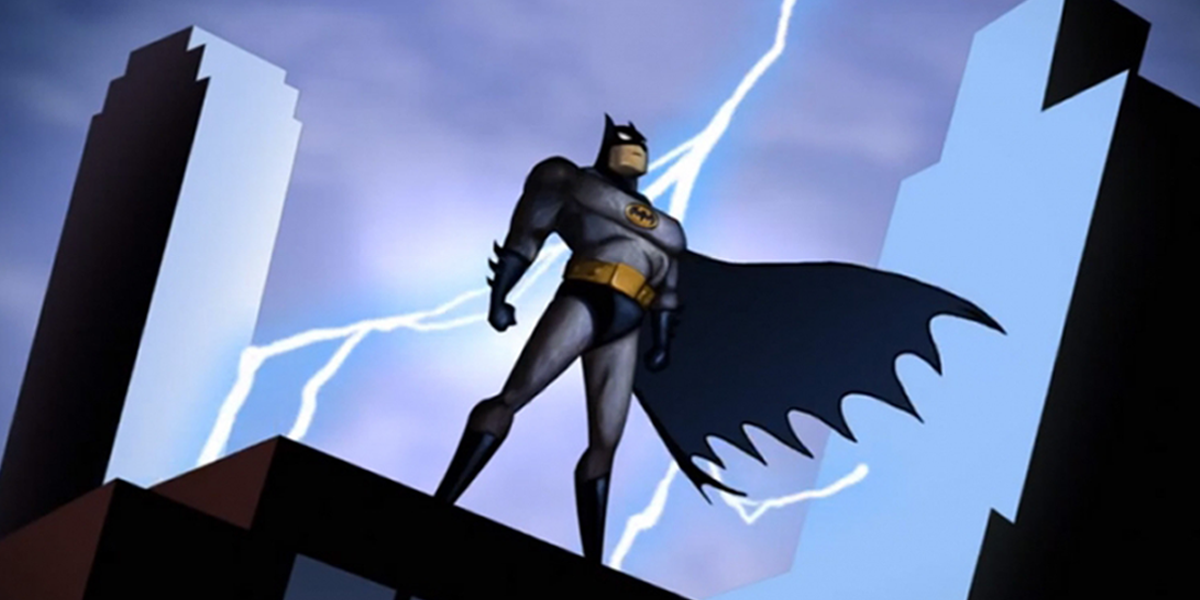 Starting in 1992 with Batman the Animated Series, the DC Animated Universe is made up from a wide range of tv shows, animated movies, web series, and shorts, and is undoubtedly one of the most fully realised superhero universe we’ll ever see on screen. As a universe it combined a large character roster with sophisticated plots and themes, and became an extremely complex and interconnected superhero world that redefined a number of DC’s most (and least) famous characters – adding up to a universe that is as good today (over ten years since it finished) as it ever has been. 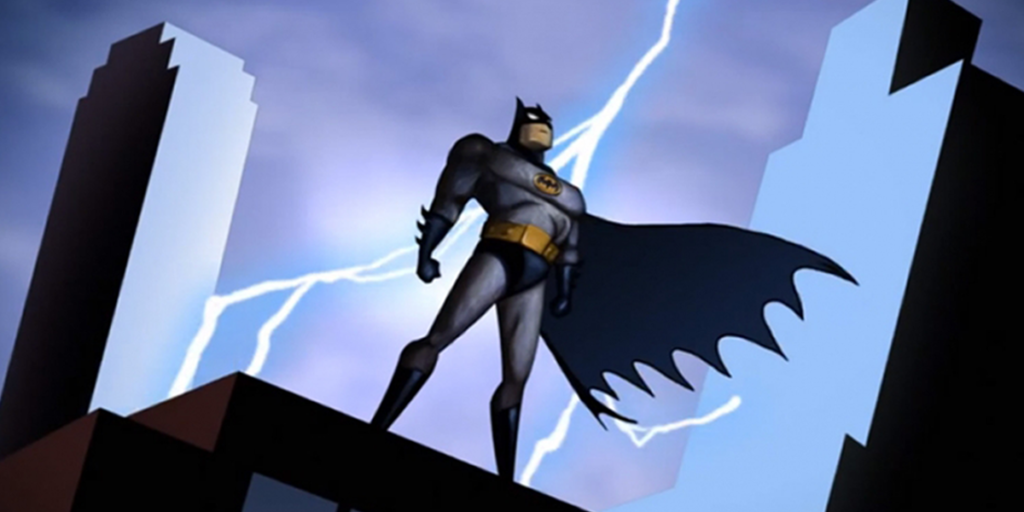 Primarily overseen by Bruce Timm, Batman: The Animated Series was the result of an effort to capitalise on the success of Tim Burton’s live action Batman movie in 1989, and was actually released in the same year as Tim Burton’s sequel Batman Returns. But the show was a far cry away from a simple cash grab, instead Batman: The Animated Series began a new type of superhero cartoon, one that had a dark and mature overtone, but one that was still filled with action, chases scenes, humour, and heart.

Not only was Batman given one of his best and most evolved interpretations yet, but the same can be said for his entire supporting cast. From Robin and Batgirl, to Alfred and Harvey Bullock, and even a massive cast of both popular and less well known villains all got some dedicated screen time, and characterisation.

In fact, the show did much more than give lots of villains some screen time, it completely redefined a number of characters for it’s audience, leading to some new twists on characters becoming ‘the’ definitive backstory.Two Face and Mr Freeze being the obvious examples, with A Heart of Ice being one of the greatest episodes of the entire series (if not of any tv show), completely rewriting Mr Freeze’s origin story and turning him into a tortured and tragic villain. The series was also one of the first on screen adaptations to show Bruce Wayne as an intelligent and respectable business man, out to help Gotham as much by day, as he does by night. With additions and tweaks to characters such as these, along with the actual creation of Harley Quinn, one of the most popular characters in comic books, Batman: The Animated Series proved how it could add to Batman as a character, and the franchise as a whole, in a number of ways. 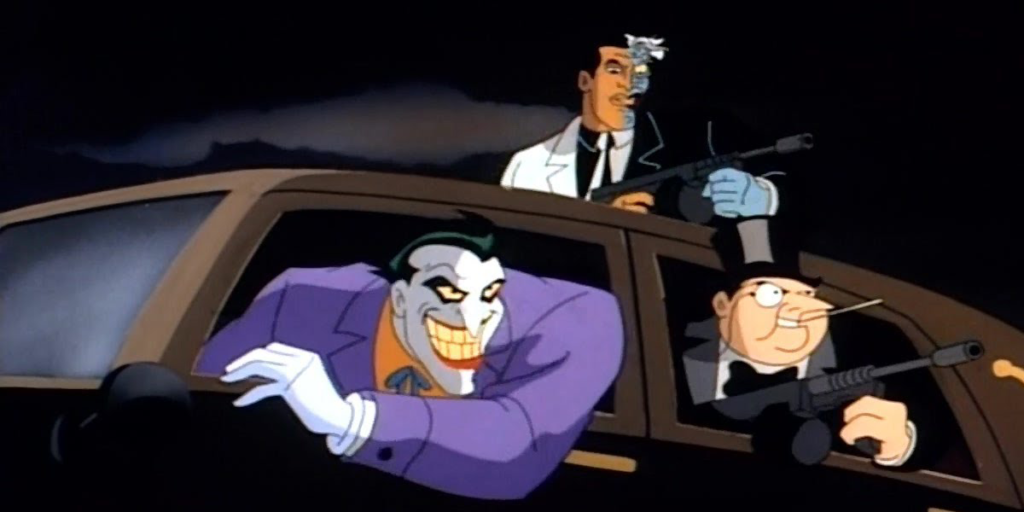 All of this stands before even taking into account the voice talent and music composition. The music for BTAS was clearly inspired by the Burton films, but had an identity of its own. It was one of the first cartoons to fully compose it’s music on an episode-by-episode basis, further ensuring that each episode had a cinematic authenticity that many animated shows lacked. Only adding to that was casting both live action and theatre actors, as well as voice actors, in an effort to add a little something extra to the roles. Kevin Conroy and Mark Hamill are often cited the definitive versions of the Batman and Joker (respectively) to many, and both continuing in those roles ever since the show began, BTAS yet again struck gold with their realisation of Batman and his world.

With BTAS proving an incredible starting point that introduced many DC characters, such as Zatanna and Jonah Hex, the studio powers that be took the model and applied it to Superman with Superman: the Animated Series which began in 1996 (a year after Batman’s series ended). Rather than simply take what worked with Batman and replace him with Superman, they took the same care and appreciation we had already seen, creating yet another pitch perfect adaption.

With Superman (by his nature) a more fantastical hero than Batman there were much more fantasy elements, such as magic and space travel, and we saw Superman taking on a wide range of his rouges gallery from more regular villains like Lex Luthor, to more diverse ones, such as Mister Mxyzpllk, and Metallo, as well as the big bad of the series; Darkseid. Just like the Batman series the over arching tone of the series was more mature than your average kids cartoon, and the unique DCAU style continued to impress. Superman the Animated Series (STAS) became as beloved as Batman’s show before it, the authenticity, superb voice cast, and level of detail in this part of DC’s animated universe yet again led to one of the best adaptations of a DC character and his world that we’ve ever seen. 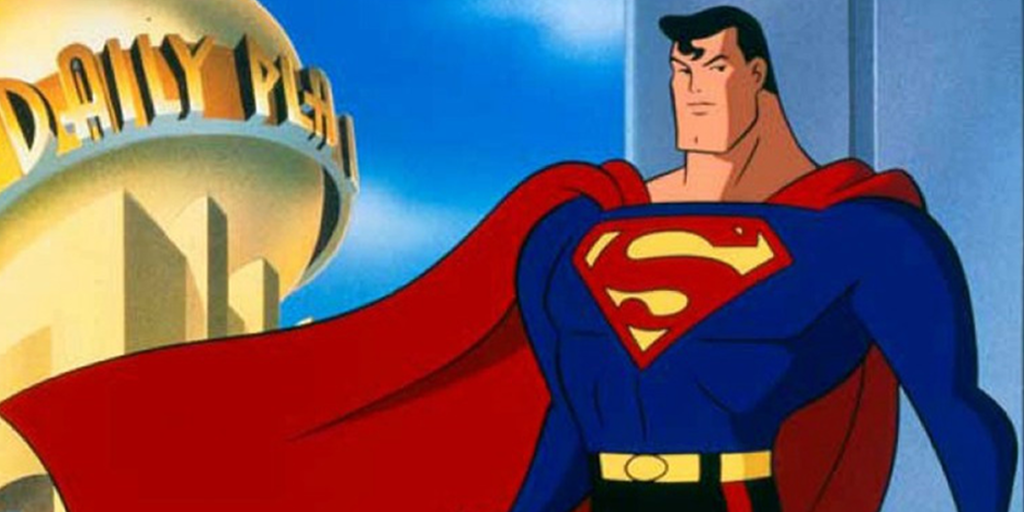 After introducing various other DC Characters in both Batman and Superman’s respective series, the DCAU expanded into a few different directions. After Batman: The Animated Series evolved into the New Batman Adventures in 1997 (with the original series ending in 1995), the third (/fourth show) in the DCAU came in 1999’s Batman Beyond.

Batman Beyond (or Batman of the Future) is a truly unique, and again franchise influencing story, that shows the DCAU decades after the original Batman and Superman series’ and centres on an old and reclusive Bruce Wayne long retired from being the Batman. The main star of the series is the young Terry McGinnis who becomes Neo-Gotham’s new Batman. Batman Beyond even had it’s own spinoff in the Zeta Project in 2001. As a character Batman Beyond has proven extremely popular; spawning a number of sequel comics telling the stories of its characters long after the shows ending. 2000 also gave us Static Shock (which ran until 2004), and showed off teenage hero Virgil Hawkins and his elctro-powerd alter ego Static.

With each of these new shows and spinoffs adding to the DCAU, showing us more and more characters, the next step was to bring in even more. Justice League debuted with a three part origin story ‘Secret Origins’ in which we got to see the League assemble, after defeating an alien invasion. The main cast for the series was; Batman, Superman, Wonder Woman, Green Lantern, Flash, Martian Manhunter, and Hawkgirl. Some of these characters had ‘soft’ introductions with appearances in Superman the Animated series, but many were new for the show. Justice League gave us a bigger group of heroes, and thus bigger storylines, often being multi part episodes and involving most of the main seven character roster. The addition of even more characters and a slightly lighter tone would of made it easy enough for the DCAU to take a more generic turn, however the quality persisted keeping to the the mature tone and complex plot threats the previous shows were famous for. 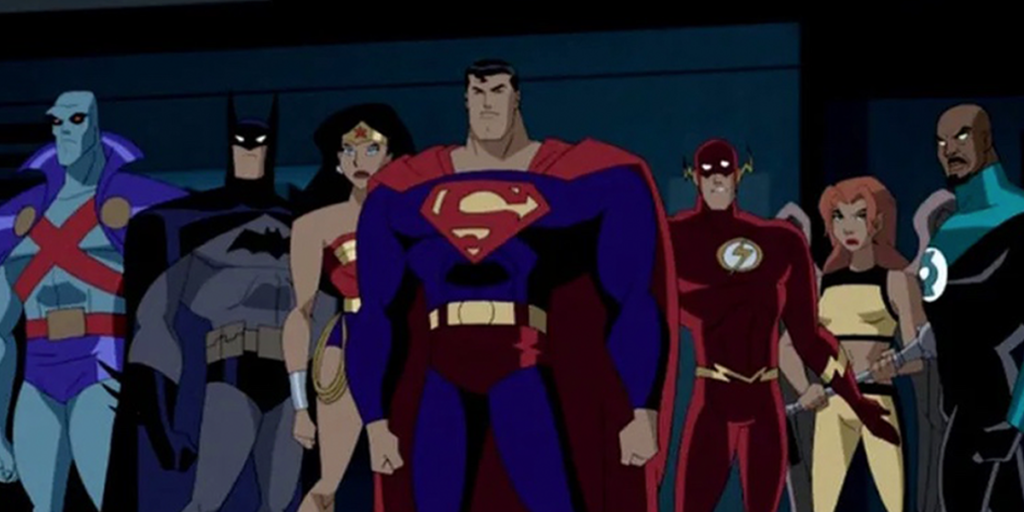 After two seasons the show was rebranded (something the DCAU did a couple of times rather than just outright cancelling a show… *cough* Young Justice *cough). Now called Justice League Unlimited the show took an even broader approach to it’s hereon, bringing in characters such as Green Arrow, Doctor Fate, and Red Tornado with over fifty heroes appearing in the first episode alone. Justice League Unlimited gave many small time heroes (and villains) the spotlight, and the show continued DC’s streak of creating the definitive versions of many characters on screen.

Adding everything up there was around 426 episodes (including the tv and web series’), three shorts and four feature length movies in the DCAU, each of which added to a rich character filled world and showcases some of the boldest superhero stories we’ve seen on screen. The shows continued to explore emotionally resonant themes and went significantly further than the average cartoon, especially in focussing on lesser heroes and villains and as such gave us some truly unique stories within the DC universe. 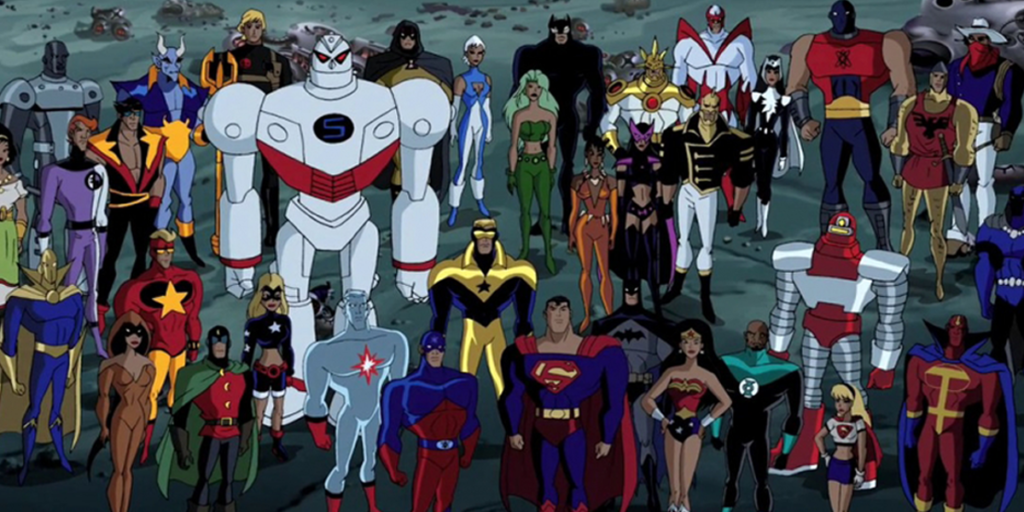 Characters were not only introduced to viewers (in some cases for the first time ever) in original ways, but actually shown on an equal level with the likes of Batman and Superman. The DCAU as a whole managed to sustain the mature tone that began with Batman: The Animated series and apply it to the entire DC Universe, but rather than hope it works exactly the same way regardless of the main character, the creators showed a true appreciation for all of the characters they adapted and not only brought those characters into the spotlight, but their individual worlds as well. Because of it’s style, originality, mature themes, impeccable casting, and the pure ambition, the DCAU may well be the best and most fully realised sSuperhero universe we ever see on screen.