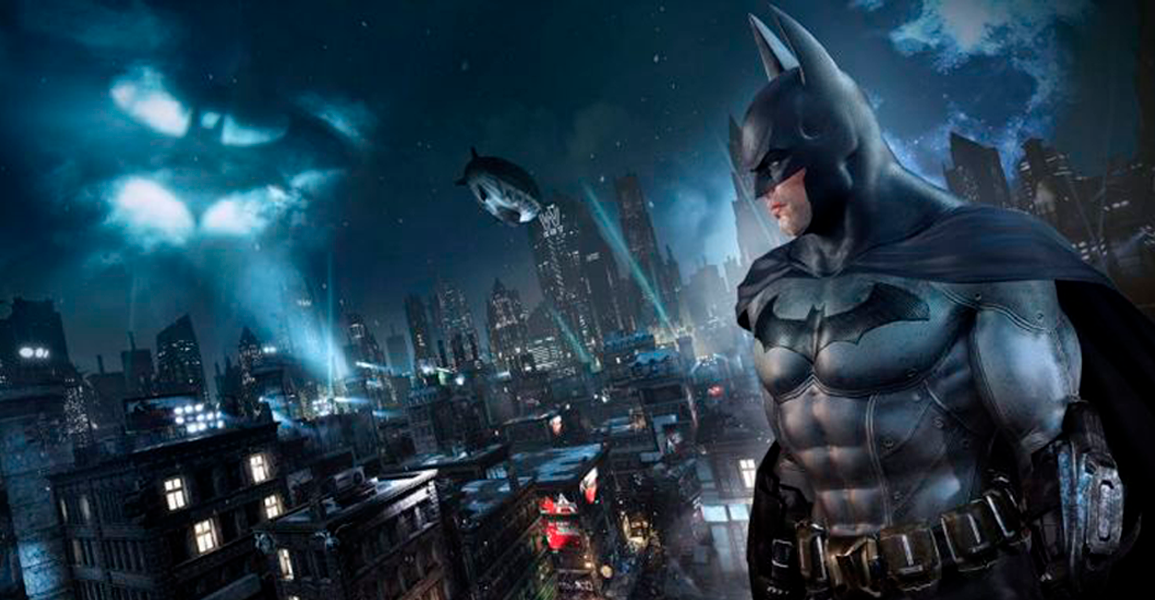 Why the Arkham Series is Still So Great

From amazing character development and world-building to pitch-perfect gameplay, in our latest video, we take a look at why the Arkham franchise is still so great over a decade since it began…

In 2009 Rocksteady started the Batman series we never knew we needed (or deserved) and created a franchise that boasts quality graphics, game-changing gameplay, an ambitious storyline, and a massive impact on the superhero games genre (and games industry) as a whole.

First off, getting veteran comics and Batman the Animated Series writer Paul Dini on board showed that Rocksteady was serious in creating not only a good game but a solid Batman story as well. Dini has shown his storytelling prowess time and again, and his understanding of Batman is key to the game’s success. Dark Night: A True Batman Story, shows Dini’s personal relationship to the Dark Knight (and what he represents) in a way perhaps no other writer has shown.

The idea of Batman being stuck in the Asylum means a fresh and entertaining story that includes lots (and lots) of Batman villains, without them feeling crammed in or simply a plot device.

That story continues in both Arkham City and then Arkham Knight (with Arkham Origins being a prequel to Asylum). And as the series developed each game continued to bring in more and more villains, as well as members of the Batfamily, branching out the Arkham-verse very well, and totalling to one of the most developed versions of the Batman universe we’ve had in any medium. 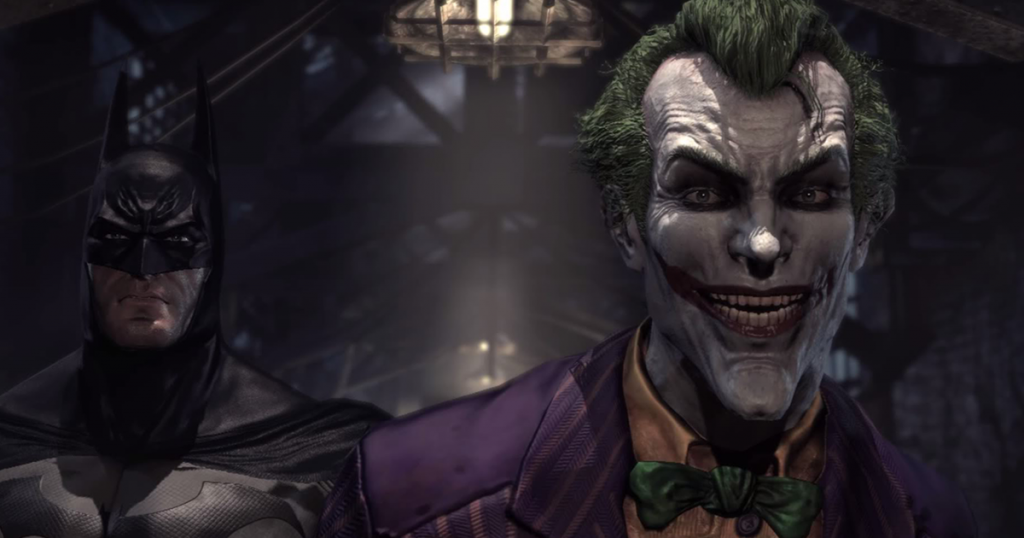 Only adding to the vast world created by the main stories and side quests are the many easter eggs and Riddler trophies. The Riddler challenges require Batman to solve a series of riddles and tests, aiming (for Batman at least) to either stop Riddler, catch him, or free hostages, he has captured (unfortunately the Riddler tasks where their least developed in Arkham Origins but were back to full strength in Knight, now involving the Batmobile).

As an extension of the Riddler trophies, the series’ other collectables are a host of clever DC Universe easter eggs. With countless DC references, both subtle and more obvious, throughout each of the games. The many references and easter eggs total to be yet another building block of what makes the franchise so well developed and immersive.

In terms of casting, the combination of Kevin Conroy and Mark Hamill alone is a winning duo (although apparently not enough to save the animated Killing Joke adaptation), and for many, the pair are the definitive versions (or at least voices) of the Dark Knight and Clown Prince of Crime. This combined with many other returning cast members from the Animated Series only added to the authenticity and atmosphere of the game. 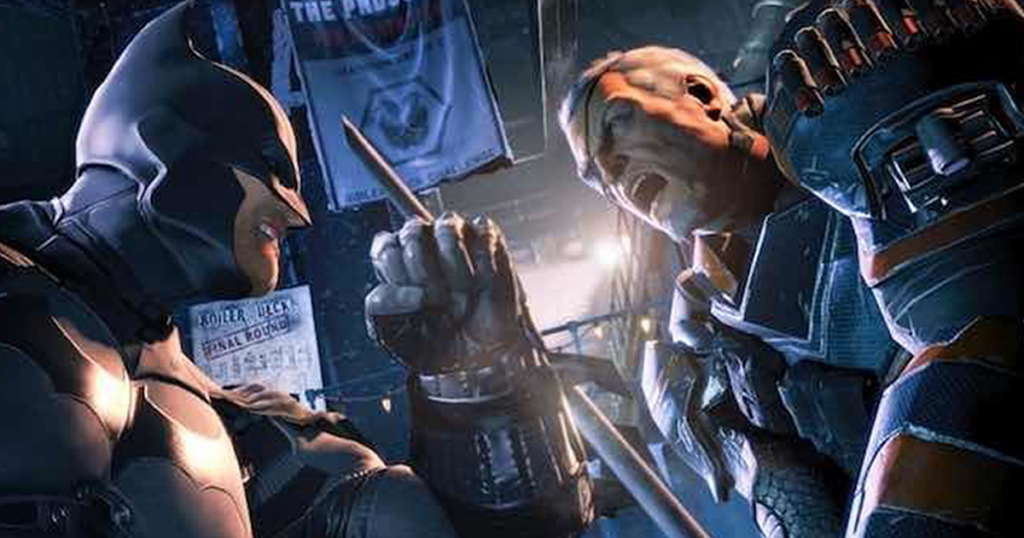 Batman’s ‘Batfamily’ is perhaps one of his strongest assets, and not just in terms of in-universe allies. The Dark Knight’s supporting cast is a huge part of what makes him such an interesting character so long after his inception, with Nightwing, Batgirl, the Robins, Catwoman, and Alfred often being as relevant to the story as Batman himself. The appearances of these characters add a lot to the various games in terms of story and gameplay. With Catwoman as a playable character in Arkham City and Robin in the DLC ‘Harley’s Revenge’, we get a slightly different style of play, tailored to the individual characters arsenal and style.

This idea is perfected in Arkham Knight, in which many of the side campaigns and DLC additions involve playing as other characters such as Azrael, Robin, Catwoman, Batgirl, Harley Quinn, and Nightwing. Rocksteady again adds to the Arkham world by realising there is more to Batman than just Batman and perfectly utilise his supporting cast in an organic and enjoyable way.

In the first three games, Batman traverses his environments through climbing, grappling and gliding around the Asylum, Arkham City, and Gotham which is great fun and quickly becomes almost second nature as an as you go from mission to mission. Batman’s grapnel gun proved to be ‘the’ standard for zipline travel in third-person adventure games and was continually tweaked and perfected over the course of the series. 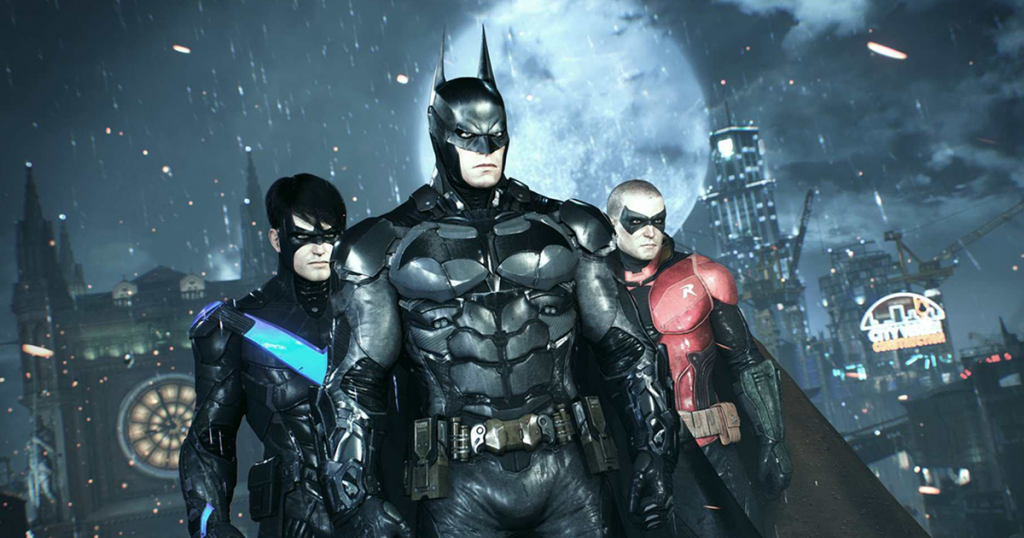 Then the fourth, and seemingly final, game (for better or worse) added a new method of travel that had long been absent; the Batmobile. Whilst at first tearing through the Next-Gen Gotham city in the Tumbler-like Batmobile is great fun, after a while, mainly due to it being forced into the story missions a little too much, the Batmobile does end up becoming one of Arkham Knight’s downfalls.

The consistent quality of the combat however more than makes up for any shortcomings in each of the individual games. The combat system we first met in Arkham Asylum is truly astounding – a way to take on the bad guys that is quick, fluid, responsive and most importantly fun. Not only does Batman move around the room pummelling the bad guys in a very comic book/Batman-style, but the counter system makes him nearly invincible, and the combat that much more entertaining. Taking on rooms of thugs in some games can become tedious and repetitive, but in Arkham, the various types of enemies are different enough to keep the encounters fresh and challenging.

The combat system alone would have made a great game, jumping in and beating up the bad guys, however, Rocksteady had one last thing in their utility belt, Predator Encounters. These encounters add a whole new level of authenticity to a Batman game. You take down a room of thugs from the shadows, at your own pace, with variable factors to consider, they make you think, use your gadgets and your environment, and in short, they make you the Batman. 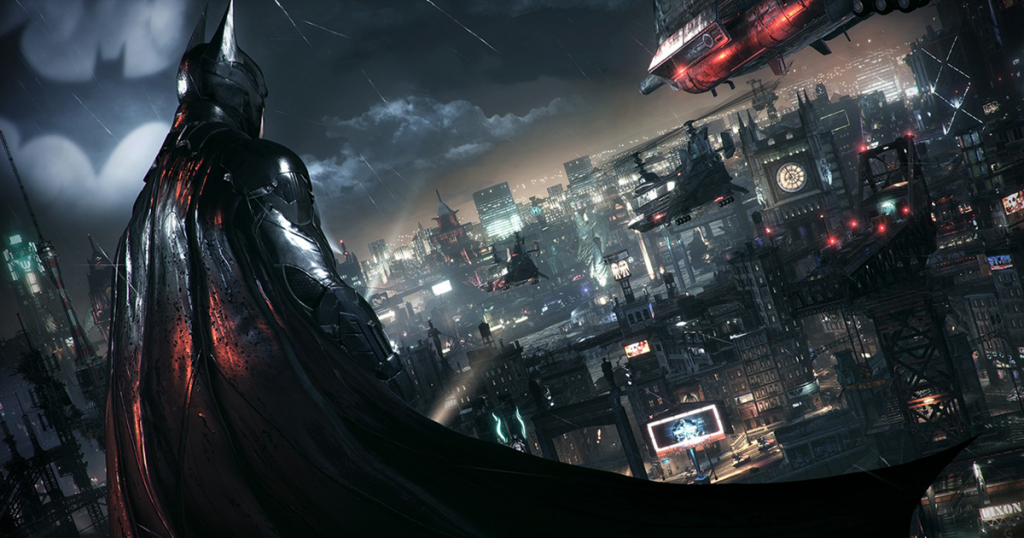 As a series of games, the Arkham franchise provides outstanding gameplay, impressive graphics, an amazing combat system, and one of the most in-depth Batman stories we’ve had in recent years. It’s easy to see why the series has received such praise, and why Warner Brothers are keen (according to rumours) to create many more games in the Arkham world.