Over a decade in, it would be easy enough to think of Assassin’s Creed as a franchise that hasn’t changed much since it began, and for a long time that was true. In fact despite a few updates here and there the core idea of what made an Assassin’s Creed game tick was very similar throughout; big open maps, lots of free running, sneaking around, hidden blade assassinations, and getting into fights with far too many enemies, only to systematically take them out one by one. But with 2017’s Assassin’s Creed: Origins Ubisoft took a new approach to their signature Assassin’s Creed formula, and then took that one step further in Assassin’s Creed: Odyssey.

As an extension of the rejuvenated Origins approach Assassin’s Creed: Odyssey is the most innovative, interesting, and impressive game the franchise has delivered yet and takes everything that was great about 2017’s Origins and adds to it.

As well bringing back fan favourite mechanics like naval combat, Odyssey introduces new ones like an in-depth notoriety and bounty hunter system, a clever war mechanic that sees the player destabilise a region and potentially conquer it, as well as a number of series firsts such as dialogue options, a number of possible character romances, and multiple endings. In short, Odyssey is a wholly new type of Assassin’s Creed game, and it’s all the better for it.

Odyssey starts out like most Assassin’s Creed games, with a brief glimpse at a time period immediately before the main game (with this sequence forming a basic gameplay introduction), followed by a jump into the modern day showing off what’s happening there, before finally throwing you into the game proper. 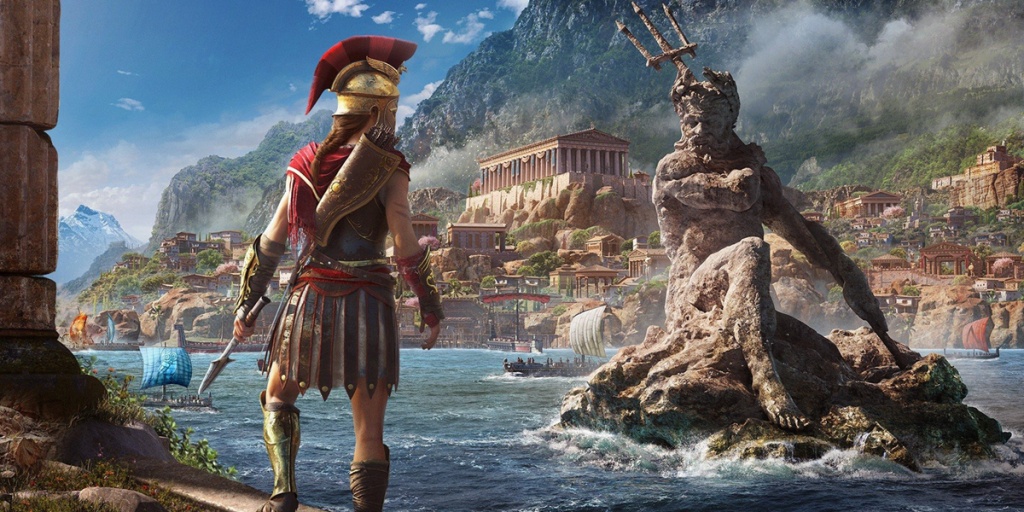 What makes Odyssey different however is that almost straight away (after those expected introductory elements) you have to make a number of decisions as to who you’ll be and how the game will play.

The first decision the player has to make is on how the game will function, choosing between ‘Guided Mode’ and ‘Exploration Mode’. Guided Mode is described as your more traditional Assassin’s Creed and general RPG set up, with direct routes to missions and objectives showing up on the map regularly, telling the player where to go, and when.

Exploration Mode is then pitched as ‘how the games are meant to be played’. Here the player isn’t told exactly where to go but is instead given a general area, something like ‘to the south of the shipwreck’…’, which then leads to the player having to find the place or person they are looking for themselves.

The player can ask questions when getting the mission to find out more information, (with dialogue options also being a new addition to the franchise), all of which totals to a more realistic, and immersive take on the Assassin’s Creed formula.

The next decision to make is which character the player will control. During the opening modern day scene with Layla Hassan, a former Abstergo employee who was introduced in Assassin’s Creed: Origins, the modern day characters find an ancient Spear. Layla identifies that there are two DNA strands linked with the artefact and that the player will have to choose who to become; Alexios or Kassandra. 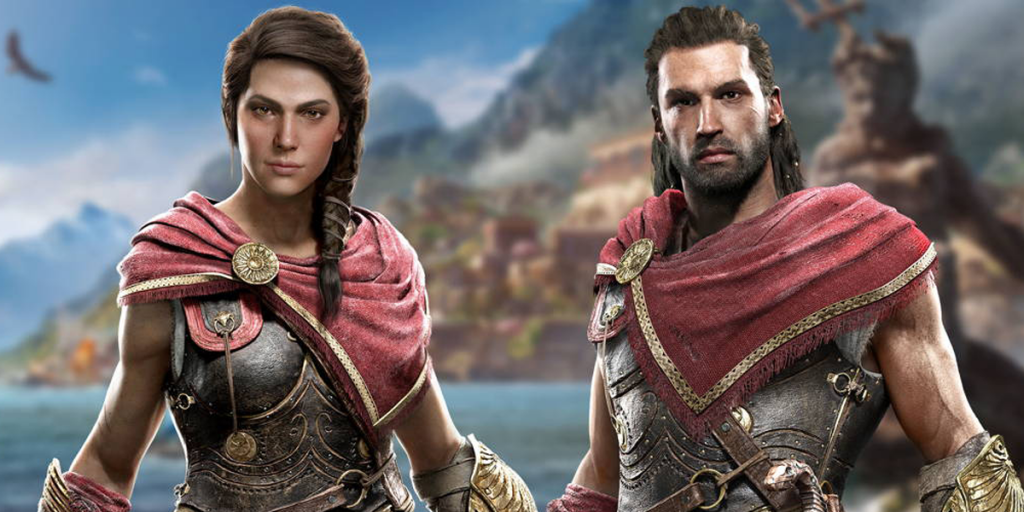 These two decisions mark a big change for the franchise almost straight away, making it clear that the character decision will be permanent and result in a very different game depending on who you pick.

As a franchise Assassin’s Creed first introduced separate male and female protagonists in the Victorian London based Assassin’s Creed: Syndicate, with Jacob and Evie Frye. Their respective missions saw Jacob as the more combative character whereas Evie was more focussed on stealth (with free roam playable as either). The next game looked to change things up even more, and after the first break in annualisation since Assassin’s Creed II in 2009, Assassin’s Creed came back with a whole new formula in 2017’s Assassin’s Creed: Origins.

As well as totally updating the combat, mission, and movement systems, the franchise was keen to further expand on the idea of a male and female protagonist. Origins saw the married couple Bayek and Aya take on a Pre-Templar evil organisation in Ancient Egypt. The missions again saw the player alternate between the two characters throughout the game, but in a more expansive and involved way than we had seen in Syndicate.

Odyssey, however, takes that one step further by having, for the first time in the franchise, two completely separate (although relatively similar) storylines, one with Alexios, and the other with Kassandra, as the main protagonist. 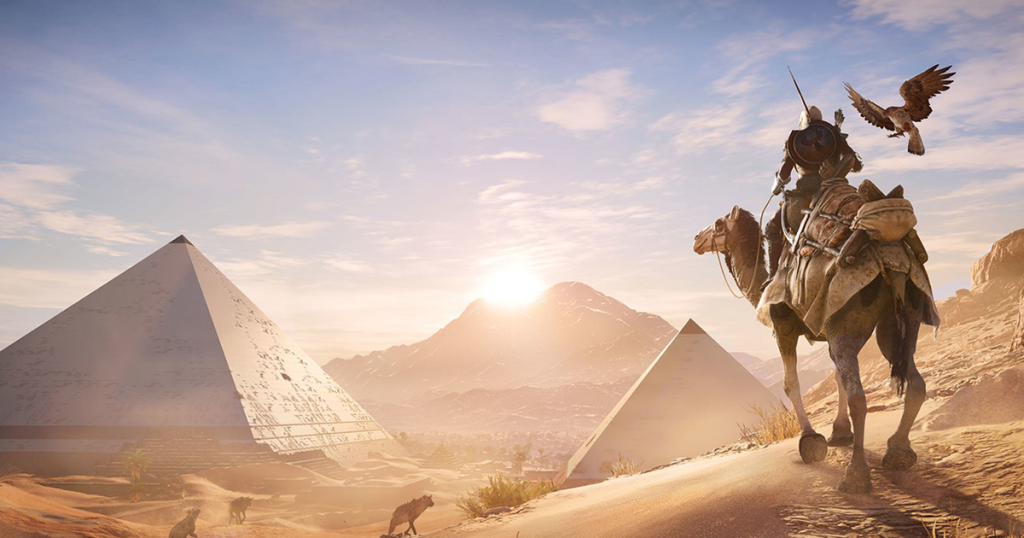 Story-wise Odyssey follows whichever character is chosen as they start out as a mercenary, and go on to leave their home in an attempt to discover more about who they are, the legacy of their family, thwart a plot by a sinister and mysterious cult, and play a crucial role in the war between Sparta and Athens.

The overall story in Odyssey is great, and one of the strongest the series has put out in a long time, the differences and dialogue options provide for a varied experience, and, in another series first, there are even multiple endings.

With the interesting dynamic of which character you’ll choose, a more regular (and still very good) gameplay mode versus a more realistic and immersive one, combined with dialogue options that affect the storyline, Odyssey brings a lot of new things to the Assassin’s Creed table, but it’s far from stopping there.

Capitalising on one of the most successful parts of the franchise, which has unfortunately been missing for the past few games, Odyssey brings back Naval Exploration and combat. It plays just like Black Flag but showing off a number of Ancient Greek warships and the Aegean Sea, this time with a wider upgrade menu and the ability to recruit new crew members each of whom bring a different set of perks to the ship.

The return of a fully developed naval system (and one that is significantly more developed than what we saw in Black Flag) is definitely welcome and suits the game perfectly, however it is a little bittersweet, as there is no denying the openness and scale of Odyssey’s Ancient Greece is overwhelming (at least at first). 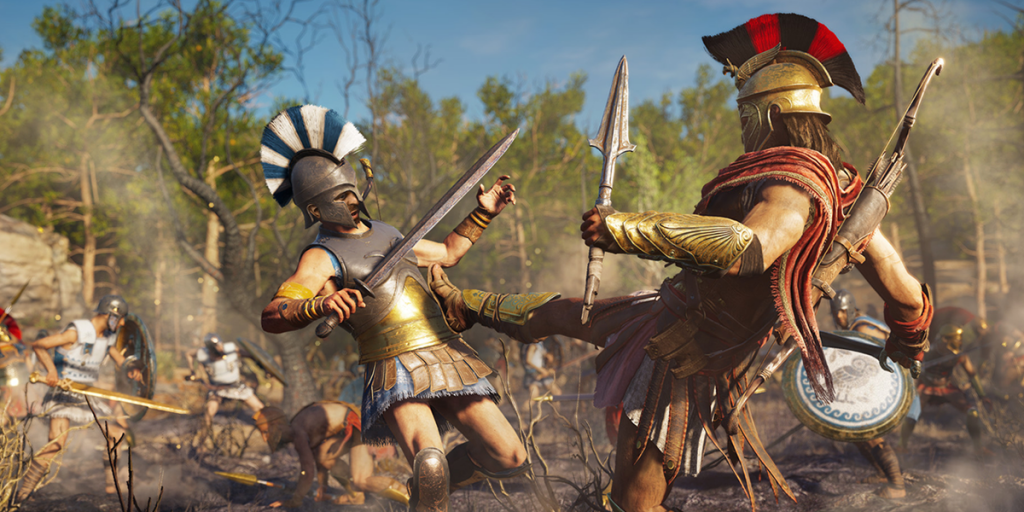 One of the games more innovative systems is the Bounty System. Which although it can be a little annoying to have random mercenaries hunting you around the map, and seemingly always showing up when you’re in the middle of another huge battle, you can’t deny how clever and impressive the system is.

If you become a little too notorious through your murdering, scheming, stealing, and assassinating, a bounty is put on to you, resulting in a string of mercenaries hunting you down and attacking you at often the most inopportune times.

Each mercenary is unique, with different names, appearances and fighting styles, some even come with their own bears, wolves or lions. Each is on a list that the player slowly works their way up after taking on each one, earning various bonuses along the way. 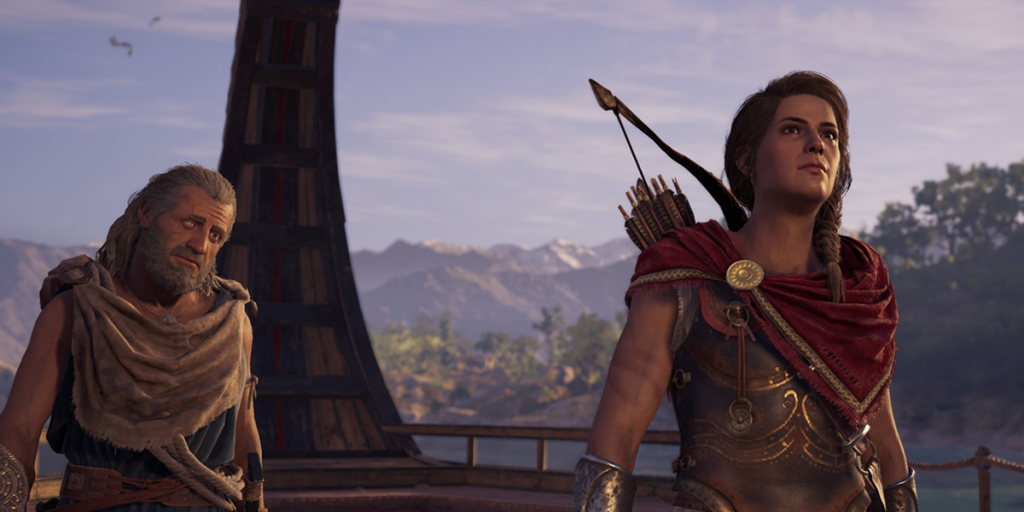 As annoying as it can be when you’re almost finished with a battle and suddenly two or three mercenaries show up and turn the tables, there are a number of interesting ways to cancel the bounty, the easiest is to hit pause, go to the map and pay it off yourself, alternatively you can hunt down whoever commissioned it and kill them, or (perhaps the hardest route) hunt down those chasing you and take them out before they find you.

Some other new systems the game introduces are romance options, a new skill tree levelling menu that divides passive and active abilities into three sections (‘Hunter’, ‘Warrior’ and ‘Assassin’), a Cultist Hunt, which sees the character investigate and hunt down each member of the pre-Templar organisation, and a story related spear upgrade mechanic (which is linked to the Cultist Hunts and the main storyline), that sees Alexios or Kassandra upgrade their spearhead which in turn unlocks a number of new skills and abilities.

The Athenian vs Sparta ‘war’ system sees the player influence each side of the war (or both), able to orchestrate a coup in a number of small nations by reducing influence, destroying supplies and forts, and eliminating leaders, eventually leading to a big battle for control, in which the player can choose which side they help out. 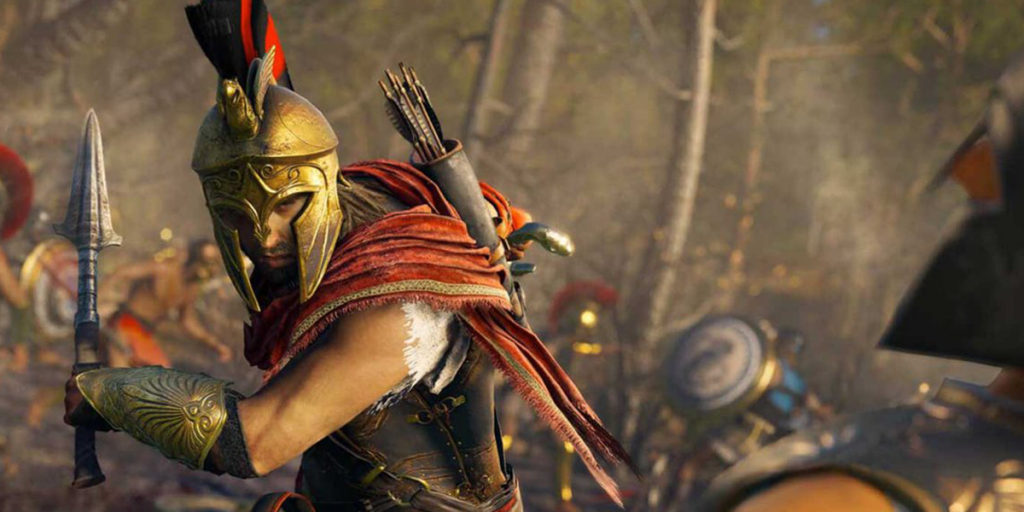 With a number of series firsts like romance options, dialogue decisions (and their consequent story alterations), the reintroduction of naval exploration, and a new and improved combat system Assassin’s Creed: Odyssey really is the best game the franchise has delivered in a long time. But what is perhaps most impressive is how, after a big relaunch in Origins, Assassin’s Creed is still evolving, throwing in a host of new systems, mechanics and options, all adding up to a game that still feels firmly ‘Assassin’s Creed’ and yet wholly new and unique at the same time. In short Assassin’s Creed: Odyssey secures the series’ place as one of modern gaming’s most influential franchises for at least a few more years. 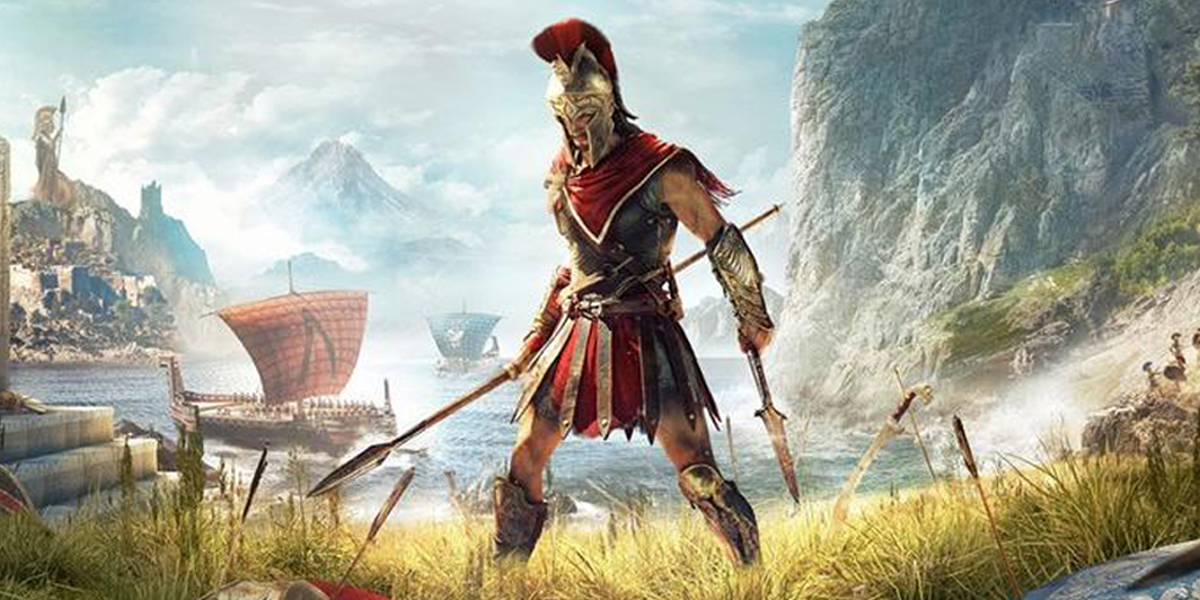 Why Assassin’s Creed: Odyssey is the Best in the Franchise (So Far…)

October 8, 2018
Previous articleComic Books Explained: The Night of Owls
Next articleHow Jodie Whittaker’s Debut as the Doctor Was Perfect