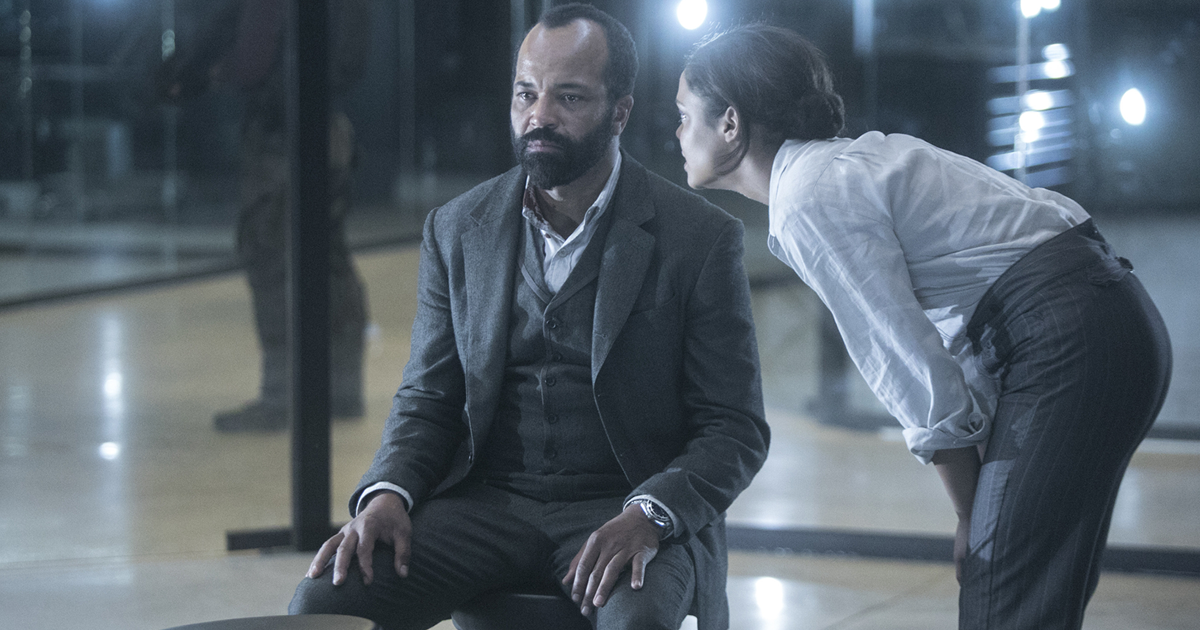 In yet another episode that looks to give us more answers than questions (seemingly at least), we got a big reveal in what happens to Peter Abernathy, find out when exactly Hale discovers Bernard is a Host, and some game changing scenes with Ford, that explain a lot. 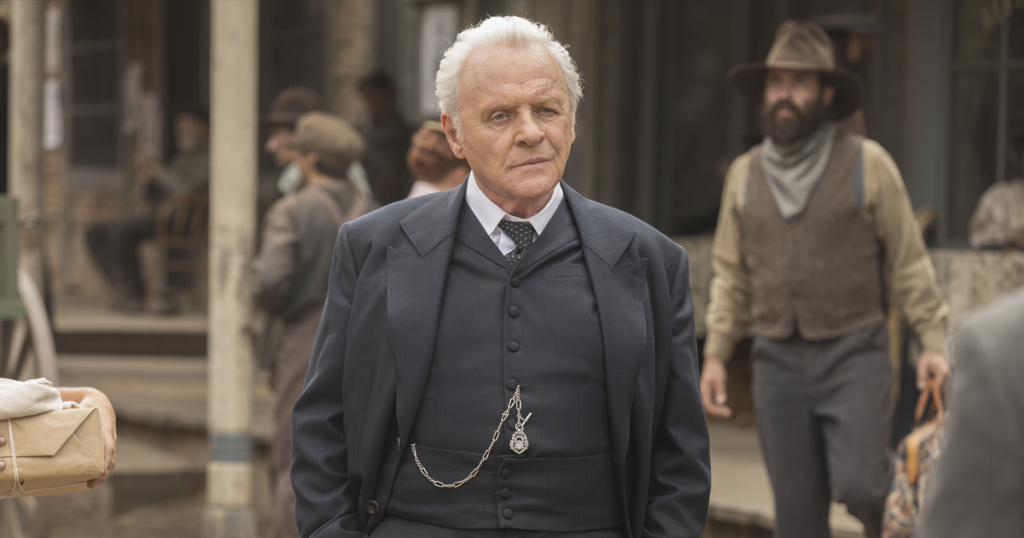 Ever since the first Episode of Season 2 there have been a number of theories on someone else being inside Bernard’s body during the scene where he wakes up on the beach. Hints included Bernards now missing scar (that was still there in past timelines, him not wearing his glasses, and his confusion over where he was, and him just not knowing anything. Ideas ranged from it being Dolores, Teddy, a new version of Arnold, or even Ford himself inside the Bernard body.

We now know that they were at least in part right, and even if Bernard is once again alone in his body by that point on the beach, we see in this episode that Ford leaves the Cradle just before it’s destroyed and joins Bernard inside his head. 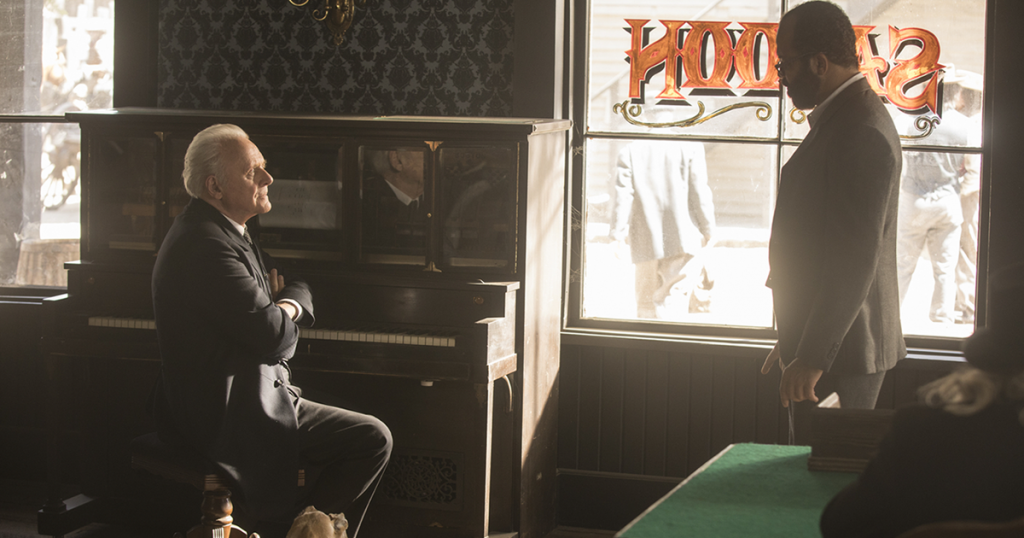 What Ford has planned for Bernard, given that he’s at least partly taken some of his free will and already used Bernard’s body to kill, is yet to be seen but it’s clear Ford hasn’t finished his work yet, and will go to any means to do so.

William is a Host [Updated]:

Theories on William being a host have gotten more and more popular throughout season 2, and although I’m still not totally convinced (and think it would be overkill to have almost everyone secretly being a host), Episode 7 may give us our biggest hint yet.

In short William took a lot of bullets this episode and was still going, he was certainly injured but he was able to escape and hide, and definitely still alive at the end of the episode. For those who think William is a host, the scene in which Maeve tries to take her revenge on William all but confirms he is.

That said I’m relatively certain that he isn’t (and this is just another hint to throw us off), and that Emily will show up to begrudgingly save him proving that he does need her help in whatever it is he’s up to. 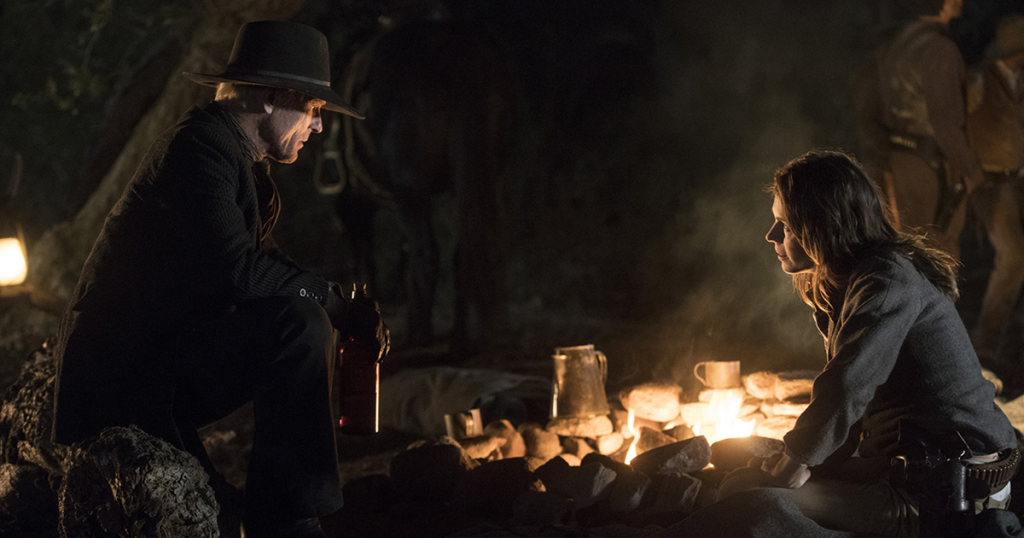 The Opening Scene of Season 2 [Updated]:

The opening scene of Season 2 showed us a familiar scene of what looked like Arnold and Dolores, there were two notable exceptions however, the first was that the whole scene was in a letter box, 16:9, aspect ratio and gave off a intentionally differently looking scene that we were supposed to question.

We then learnt in Episode 6, Phase Space, that the scene was actually Dolores running a sort of fidelity/recreation test on a version of Arnold, inside the Cradle. In this episode, via Ford’s explanation, we learn that this scene definitely took place in the past and was one of a number tests and trials Dolores put Bernard through in Ford’s attempts to rebuild a version of Arnold in Bernard (using Dolores’ almost perfect memories along with Ford’s own).

Bernard is in a Loop [Updated]:

One of the biggest theories coming out of the first episode of Season 2 was that the scene in which Bernard wakes up on the beach was actually some sort of loop, and that the humans such as Strand and Stubbs were well aware Bernard was a Host, simulating events to try and get information out of him. More and more variants on this theory have cropped up, extending to almost every storyline Bernard is in (which is a lot) possibly being some sort of ruse to get information out of him. 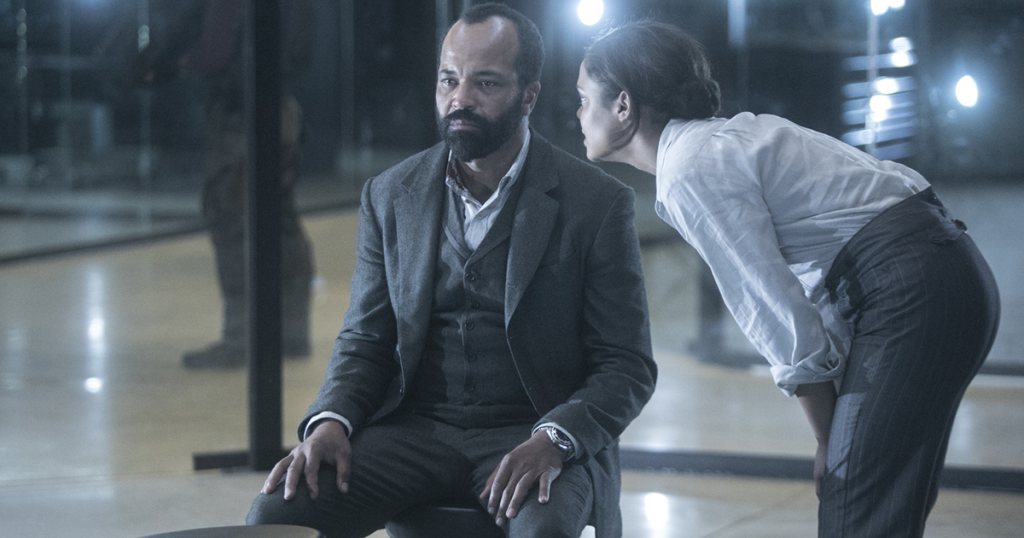 In Episode 7 however, we learn that this doesn’t seem to be the case, with Hale, Strand, and Stubbs all discovering Bernard is a Host together, at the latest point in any timeline we’ve seen so far.

This doesn’t mean that some of the other Bernard scenes are what they appear to be, with Bernard’s memory confusion being such a prominent part of the season early on, there is still a decent chance that a lot of what we’ve scene was actually something very different.

We also know that at least a short while before the scenes in which everyone discovers Bernard is a host, that For dis now inside Bernard’s head, wither or not he is still there, or if not what happened to him, are still unknowns but going into the endgame of Westworld Season 2 will surely provide some of the biggest twists and turns for Season 3. 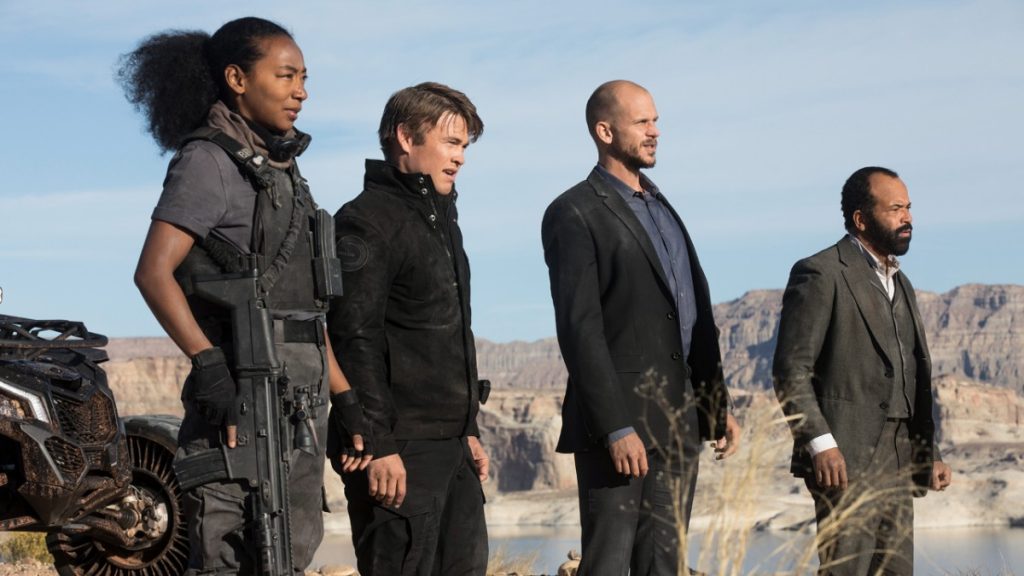 The Return of Arnold:

A number of theories this year have focussed on the possible return of Arnold, and in this episode we got a clear confirmation that although not a perfect replica, Bernard is definitely a version of Arnold. Specifically he is one priced together from the memories of Ford and Dolores, who in Bernard’s own words knew Arnold better than anyone.

We also get a pretty solid confirmation that there is no way for the original Arnold to come back, as Ford explains the technology used to replicate James Delos, and his own brain, didn’t exist back when Arnold died, and so Bernard is as close to Arnold as Ford could get (even with decades of attempts).

This point also leads to an interesting idea on why Dolores and Bernard where kept from each other, we already knew (from Season 1) that For kept them apart because they had an ‘unusual’ affect on each other, and now reunited with Food Bernard asks what exactly this means. Ford remains as elusive as ever and simply says that Dolores is ‘not easily fooled’. 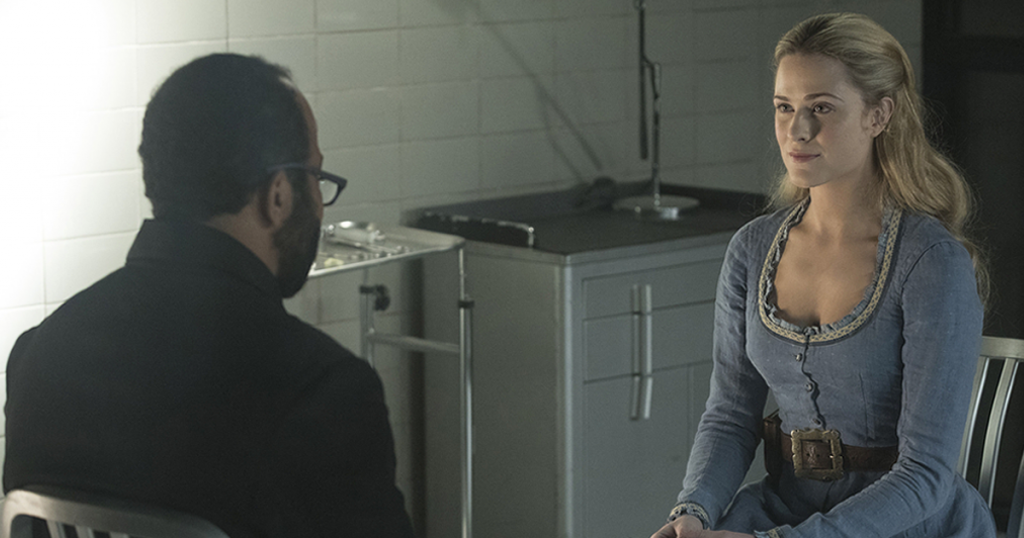 What Delos are Really Up To:

We’ve known for a while now that Delos are using the park to study the human guests, whether that be for some sinister cloning and replacing purposes or simply a very intensive market research program is as yet unclear. Episode 6 however gives us the definitive confirmation that the reason the hosts loops and storylines stayed so similar over the years is that they are the constant, whereas the humans themselves are the variables.

Keeping the hosts and storylines the same (or at least relatively similar) allows Delos to measure the responses of different people in the same scenarios, or even the same people in those scenarios across different parts of their life, and as such get a lot of very useful data from Westworld.

One of the more interesting points of the episodes was a return to it’s more philosophical contemplation, and involves Delores’ idea on what true freedom is. In the confrontation between Dolores and Hale, Hale tries to threaten Dolores by pointing out that if the Cradle goes offline they loose all backups of the hosts and that death would then be permanent for them, and thus they could never be free.

Hale clearly thinks that this will scare off Dolores from tampering with the Cradle, but Dolores has a very different idea on what freedom and death really mean. And for Delores it basically comes down to the idea that she (and the other Hosts) can’t actually be free until the Cradle is destroyed. Where humans, or at least humans like Hale, see escaping death (or the ability to do so) by having a virtual back up of yourself as a type of freedom, and escaping death, Dolores see’s it as just another shackle. 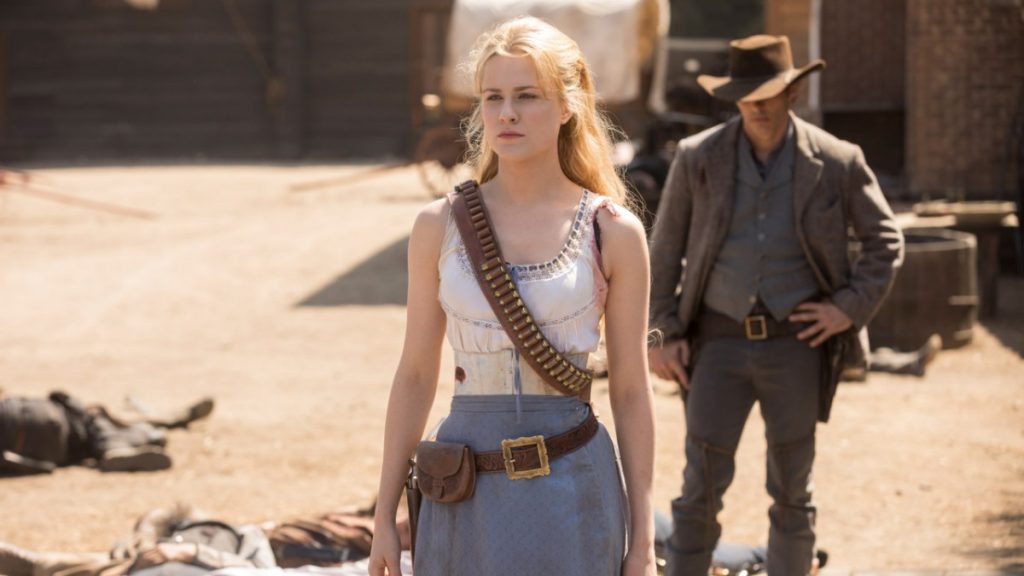 Once the Cradle is destroyed Dolores can no longer be reset to previous version, and she really is the only Dolores in existence (depending on what exactly is int he Valley Beyond, and Abernathy’s head), and so for he the ultimate freedom comes in that ability to actually die for real, with your choices and decisions having consequence, and without having a simple reset or reboot to revert you back to who you were before those choices, decisions, or even death.