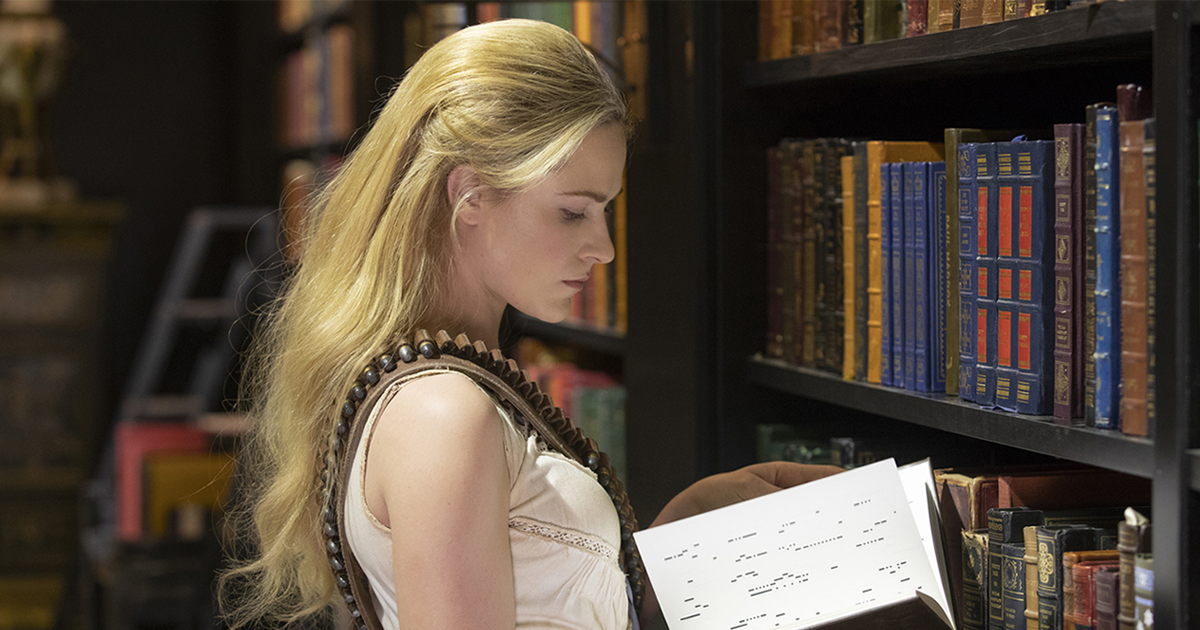 The Season 2 finale of Westworld echoed much of the rest of the season, giving us a fair amount of reveals, but still leaving a number of the shows biggest questions unanswered, and in many ways went for style (numerous timelines, twists and turns) over substance (simply telling us the story). 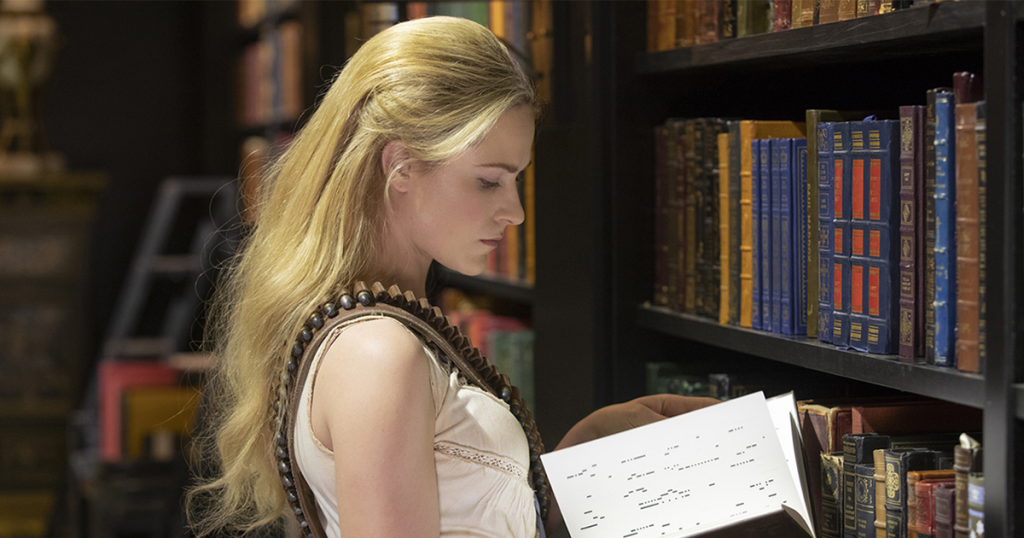 The best word to describe the finale (which ran for nearly an hour and thirty minutes) would probably be ‘dense’. A lot was crammed in here, and although we didn’t necessarily get all of the answers we perhaps should of, there is no denying that the show is on an interesting path going forward (I’d argue probably more interesting than where Season 1 finished, even if this season wasn’t as good as the first).

What the Valley Beyond Really is:

With almost every character in Season 2 heading to the Valley Beyond/ The Door/Glory/The Weapon, what would actually be there has been one of the shows biggest questions throughout the second season. In last week’s episode (that showed us a lot of William, Juliet, and Emily’s back story) we finally learned that it was home to ‘The Forge’, a bigger and badder version of the Cradle, that held all of the park guest data and neural scans. 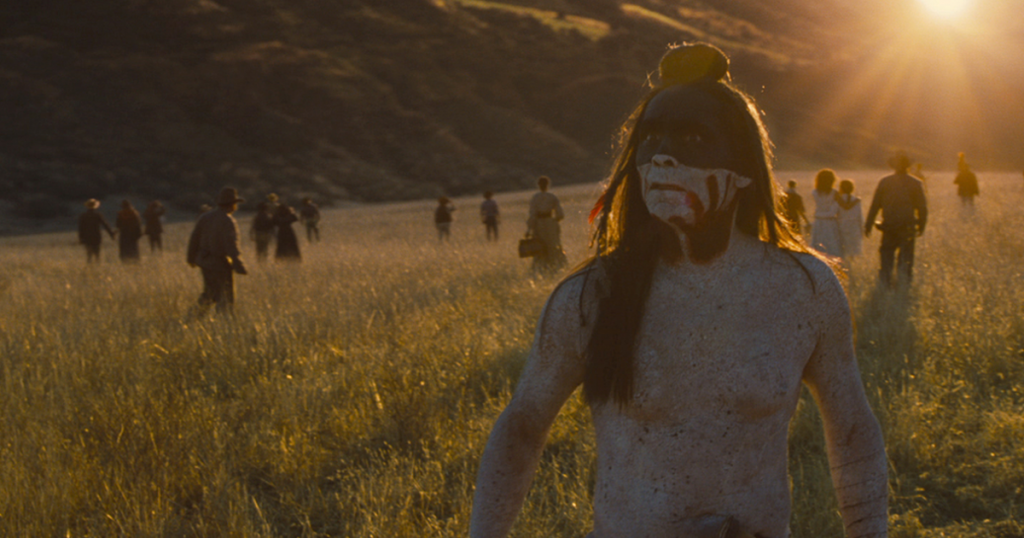 This explained why Dolores wanted to head there, in an attempt destroy the parks more sinister motives and destroy any remaining host backups (as she did with the Cradle) ensuring they are truly free. It similarly explained William’s motivations, with him having turned against his immortality project and deciding to completely destroy the park and Forge.

It did however leave the question as to what Akecheta and the Ghost Nation tribe (along with the other hosts they’ve collected along the way) would actually find, considering they believed it to be ‘the door’ to their own new world.

It turns out, pretty much everyone was right, and when Akecheta and the Ghost Nation get to the valley beyond the AI that operates there (working on Bernard’s orders) opens up the doorway for the Hosts to a digital world of their own. This world would allow the hosts to live out their lives totally unaffected by humans and do whatever they like, without restriction. 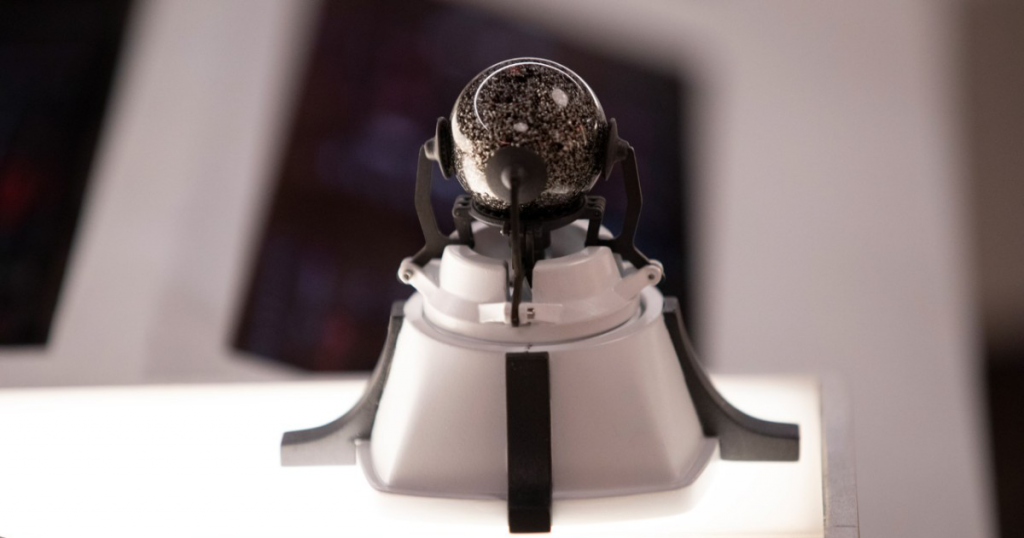 After the explanation of the Valley Beyond we see Bernard and Dolores argue on what freedom truly is. For Bernard this digital world is freedom, the Hosts have free reign over this new world and can do whatever they want there, and most importantly they made the choice to go there themselves. Dolores however (at first at least) see’s it as simply another constructed reality, and an illusion that is just another fake world like the park itself.

Where Did Dolores Send the Host’s New World:

Dolores eventually has a change of heart, sees the Valley Beyond for what it really is, and decides to upload Teddy, she then changes the coordinates of where this digital world is stored, so that neither Delos or anyone else can find or destroy it. It would seem that only she knows where it is now, and whether or not it will make any kind of reappearance in future seasons is an interesting idea.

We’ve known for a while now that Dolores was Arnold’s favourite host, and that he always had a very personal and parental relationship with her (that seemingly increased after the death of his son). Then, a few episodes ago, we learned that Bernard was created through both Ford and Dolores’ memories of Arnold, and that although he wasn’t an exact copy (like the James Delos host/clone) he was pieced together from near perfect recollection. 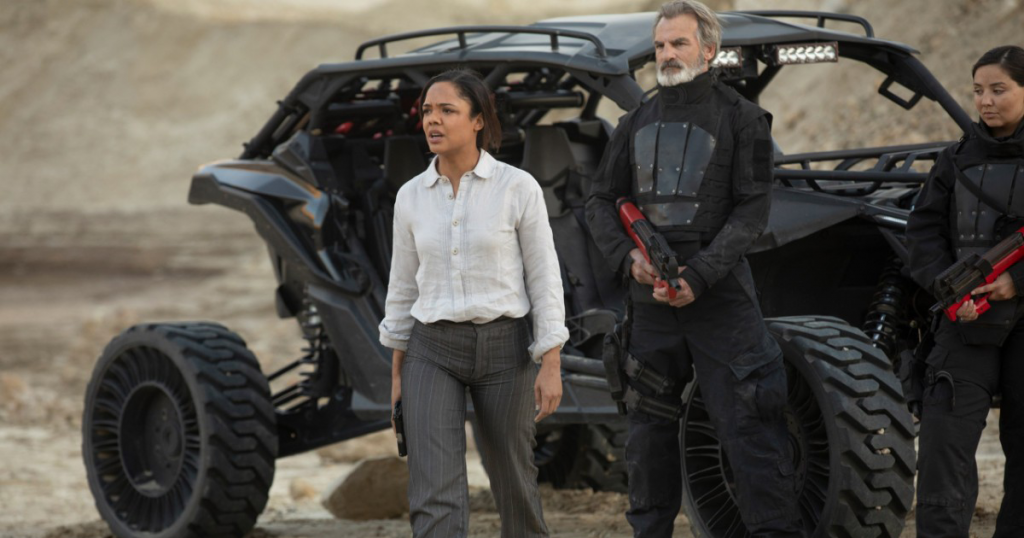 In ‘The Passenger’ we get another big revelation, and find out that Dolores realised Arnold wasn’t quite good enough (eventually failing and giving up), and that a perfect copy wasn’t who she needed, she then tweaked his code and personality subtly to create Bernard. As the episode unfolds we then see a number of versions of both Bernard and Dolores kill each other, only to bring each other back to life, totalling to a somewhat complicated sequence of events.

We start with Arnold who created Dolores, Dolores then kills Arnold. Years later Dolores creates Bernard who eventually kills her. Bernard then realises his mistake, and builds a new Dolores, but in a copy of Charlotte Hale’s body (‘Halores’), this version of Dolores then kills Bernard, only to bring him back later. Whether or not this cycle continues is probably going to be a big part of Season 3, given how Dolores admits to Bernard that she knows they will likely be enemies going forward.

For much of Season 2 Dolores’ character arc has been pretty sinister. She’s mercilessly killed and sacrificed countless humans and hosts, for her idea of the greater good, (mostly) ignoring what others think and want. After a number of deaths and resurrections however, she now understands that true freedom for the Hosts isn’t only her idea of freedom, instead it’s the ability to make and act out their own choices. This culminates on her saving the digital world many of the hosts escape to, and eventually bringing back Bernard to act as a potential foil for her plans. 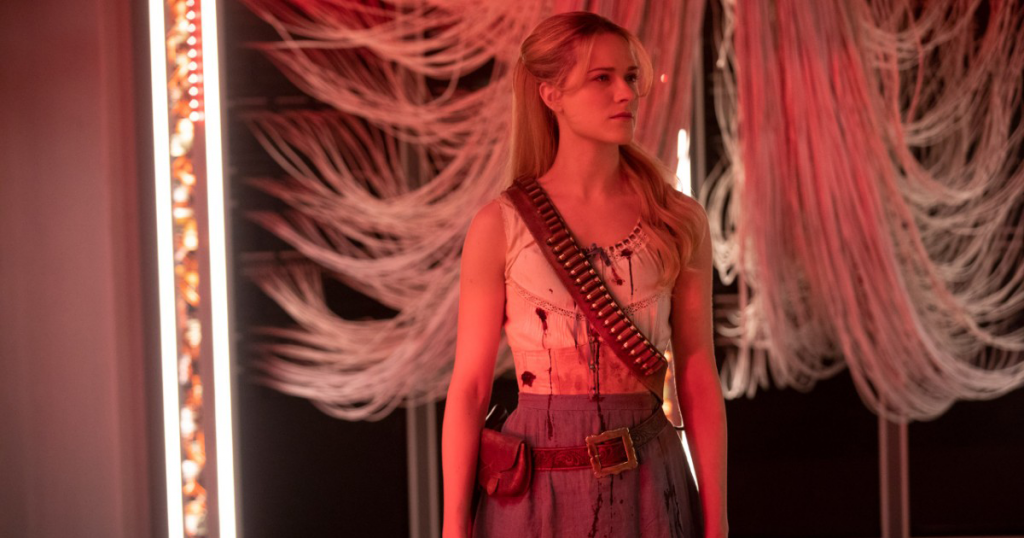 Stubbs and his Core Drive:

Season 2 of Westworld has really played with the idea of people secretly being hosts (even more so than the first season), but one person I never really thought we’d find out was a host is Stubbs. This was mainly as his overall arc hasn’t been all that significant to the wider story and the reveal wouldn’t have a huge impact.

That said, the scene in which we (seemingly) see Stubbs out himself as a host, explaining that years ago when Ford ‘hired’ him he explained his ‘Core Drive’ was to protect the hosts in the park, was one of the better scenes in a while. It didn’t necessarily add a whole load to the wider story but served a neat little reminder that there is still lots we don’t know about Ford and the Park, and that literally anyone could turn out to be a host.

At the beginning of Season 2 (and continuing for the first few episodes) Bernard’s confusing and unreliable memory showed us that he was struggling to work out where he was, and who he was with at almost any point. Then in the two weeks later part of the timeline (which started with Stubbs and Strand finding Bernard the beach) he had no memory of the past few weeks at all, was getting small glimpses here and there, but otherwise couldn’t help Strand or Hale locate Abernathy. 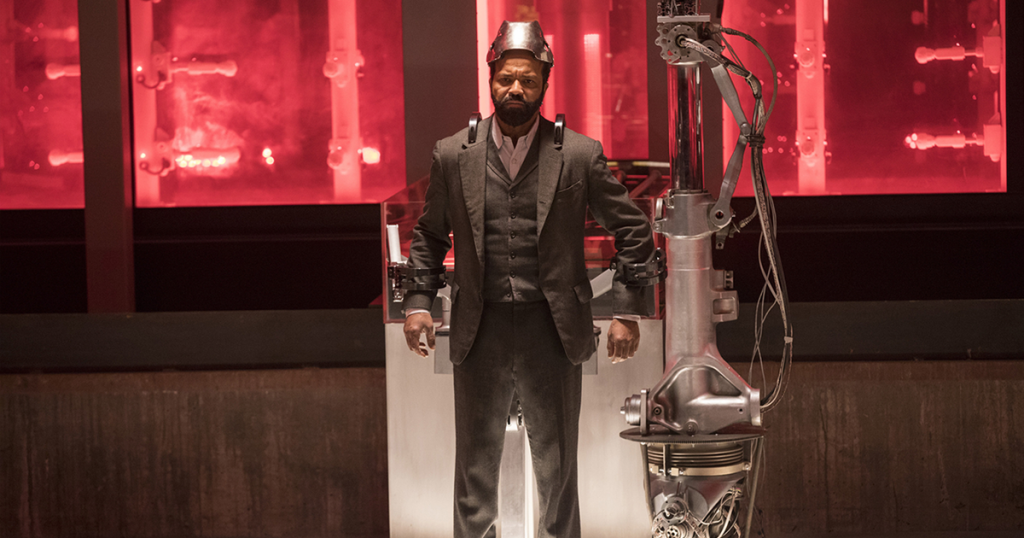 In the Season 2 finale, we find out that Bernard wiped his own memory. And that after he killed Dolores (deciding her human killing/world destroying plan was too much), he realised she was at least in part right and so brought her back in a copy of Charlotte Hale’s body (imagining a version of Ford returning to guide him). The ‘Halores’ copy then killed Hale and took her place, so the Hale we’ve been watching in the ‘two weeks later’ timeline has secretly been Dolores all along.

In an effort to stop anyone working all of this out, and then undo his work, Bernard wiped his memories after creating Halores, resulting in his memory issues in the present storyline.

With Episode 9 ending with a sequence outright begging the viewer to question whether or not William was a host (as if people haven’t been theorising it from he beginning of Season 1), it was one of the biggest mysteries going into the finale. Although we didn’t really get an answer herewith regards to the current William we’re seeing, the end credits scene has some huge implications for the future William. Similarly we get another shot of Emily’s body, but don’t get an answer on her being human or host, but again this comes back around in the post credits scene. Check out our full explanation of the post credits scene Here. 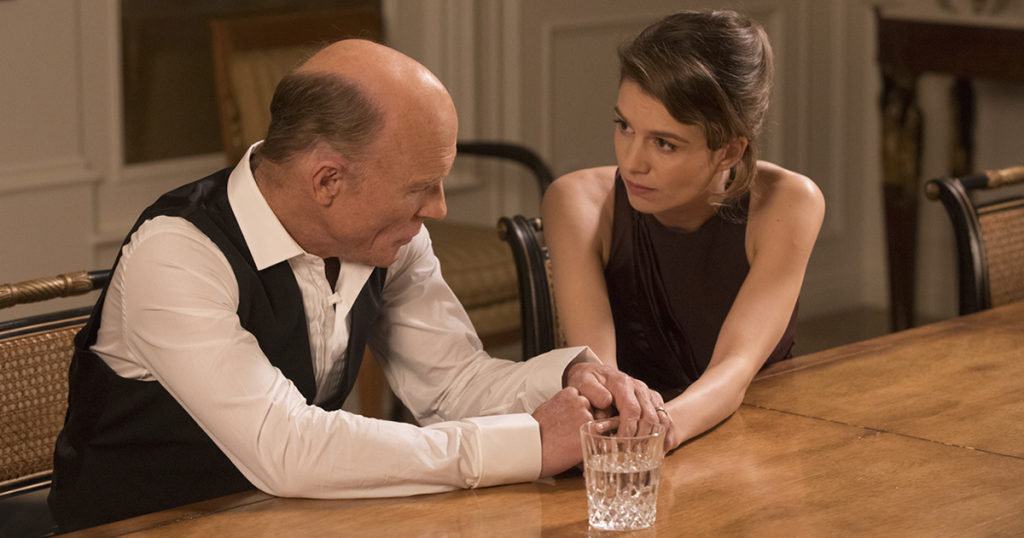 Delos are Copying InGen and Rebuilding the Park:

The end of the episode sees a tech talking to Felix and Sylvester about salvaging hosts (followed by a nice foreshadowing shot of them looking at Maeve), and so it seems that Delos are set on remaking the park in some capacity.

Although it’s unclear how badly the other parks were affected by the Host uprising, and how many guests where actually hurt, it’s hard not to be reminded of Jurassic Park’s InGen, who just can’t seem to accept that this park full of creatures that have turned on the humans multiple times will just keep doing so. Admittedly Delos’ naivety or at least their lack of actually caring for people over profit has been a pretty prominent sub plot of the show, and so that almost entirely explains away any issues with rebuilding the parks. 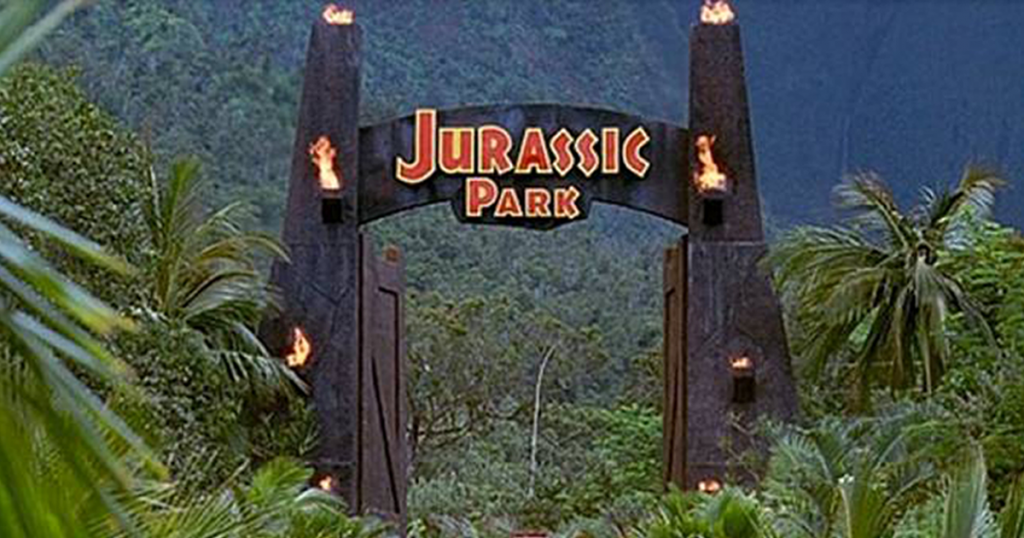 The main question here comes with the guests, and just like Jurassic Park, what kind of marketing campaign would Delos or InGen have to pull off to get people to want to go back to the parks after such catastrophic disasters.