The first season of Netflix’s live-action Umbrella Academy adaptation was packed full of terrible parenting, dysfunctional former superheroes, drug addiction, doomed romances, great action scenes, and plenty of time travel, in short everything you’d expect from an adaption of Gerard Way and Gabriel Bá’s hit comic book series. But if that wasn’t enough, the show was also filled to the brim with interesting new twists and turns, leading to a wholly different type of ending (with some familiar threads), that totals to a very interesting set up for where the series is headed next. 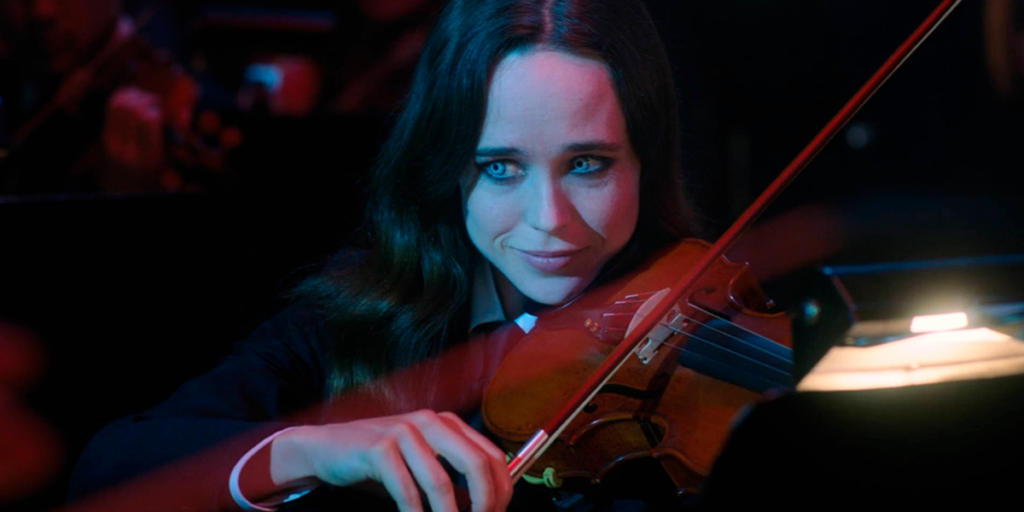 A lot happened in the season one finale, ‘The White Violin’, including the full debut of Vanya’s villainous alter ego, the titular ‘White Violin’, the truth behind the apocalypse, and a final showdown between the Academy and their sister, all of which led to the biggest shock of all… a cliffhanger ending.

The closing scenes of the finale really are the payoff almost everything so far. We’ve seen Vanya’s slow corruption and turn to the dark side, Number 5 has been obsessed with stopping the apocalypse ever since returning from the future, and realistically it is the main reason the Academy is still together following their father’s funeral. And all of that emotion and tension is clear in the final scenes in which Vanya finally unleashes her power, whilst the rest of the Academy are hopelessly unable to stop her.

And just as it seems the Academy has lost, when Vanya’s musical ‘Apocalypse Suite’ reaches its crescendo, and the apocalypse is coming, we see Vanya’s power diverted from destroying the world, and instead sent to the moon, which quickly blows up and destroys the earth anyway. 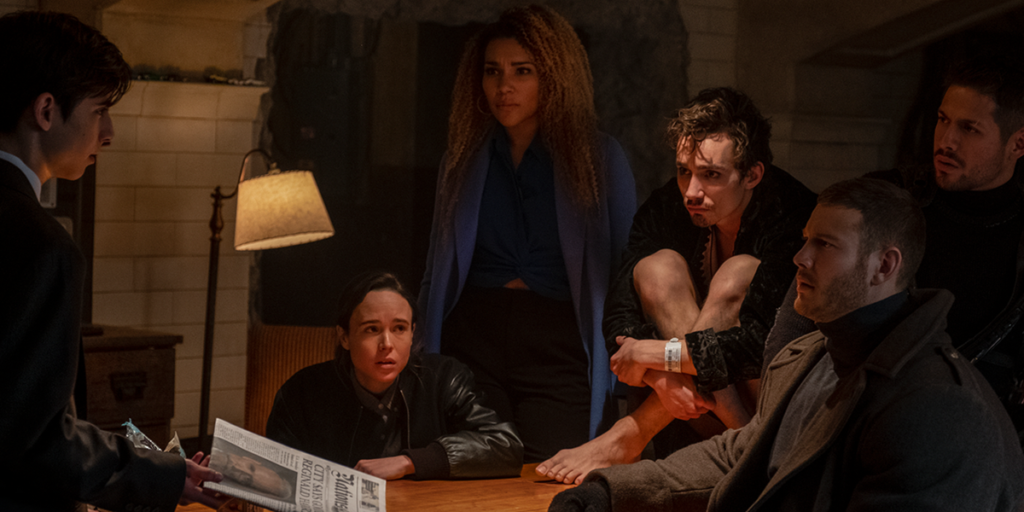 In a final effort to prevent the apocalypse Number 5 tells his siblings that the only way to save the world is to head back in time and alter reality, this time as a family. The Academy agrees and we get a shot of them heading back in time, reverting to their child bodies (just like we’d already seen happen to Number 5).

The final scene ends on a very different note than the comics, but that doesn’t mean the show intends to forge it’s own path separate from the source material, in a similar way to Game of Thrones catching up to, and surpassing the books. In fact, there are plenty of details and storylines from the comics that can still come into play.

When looking at differences between the show and comics, the first thing to consider is that the first season of The Umbrella Academy combines elements of the first two comic book arcs, ‘The Apocalypse Suite’ and ‘Dallas’, and so any ending was always going to be a little bit different. 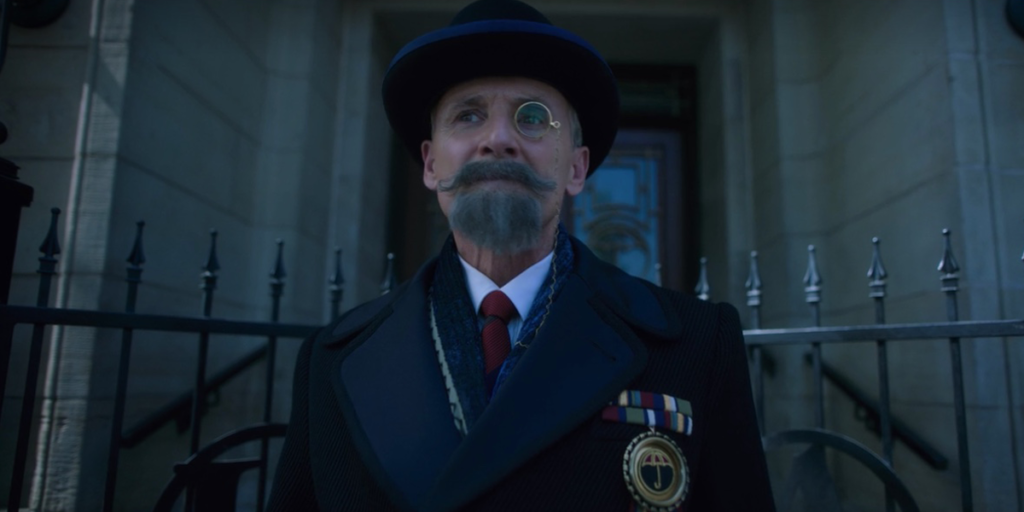 That said, a number of the bigger threads leading towards this point remain the same in the live action version. Vanya having turned to the dark side and killing Pogo, The Academy rallying at the theatre as Vanya begins her ‘Apocalypse Suite’, and Alison losing her voice, and thus powers, are all in the comics. But in the original story Alison actually shoots Vanya in the head to stop her. The big difference in the show being that Alison instead shoots next to Vanya’s head, disrupting her (but not shooting her) before she is able to destroy the world.

With this being one of a number of alterations, that generally speaking, alter the path but keep the same end goal, this one does make the biggest difference in terms of where it leaves us. All of the Academy is alive, and they are all heading back in time together, which again doesn’t happen in the comics.

When looking to where the story could go, there are plenty of threads from the comics that the show hasn’t gotten to yet. The second Umbrella Academy story ‘Dallas’ shows Number 5 re-recruited by Temps Aeternalis (an organisation very similar to the show’s ‘The Commission’), and forced into preventing his original self from stopping the JFK assassination. The Commission makes him work with them again by threatening to kill his mother before he is even born. 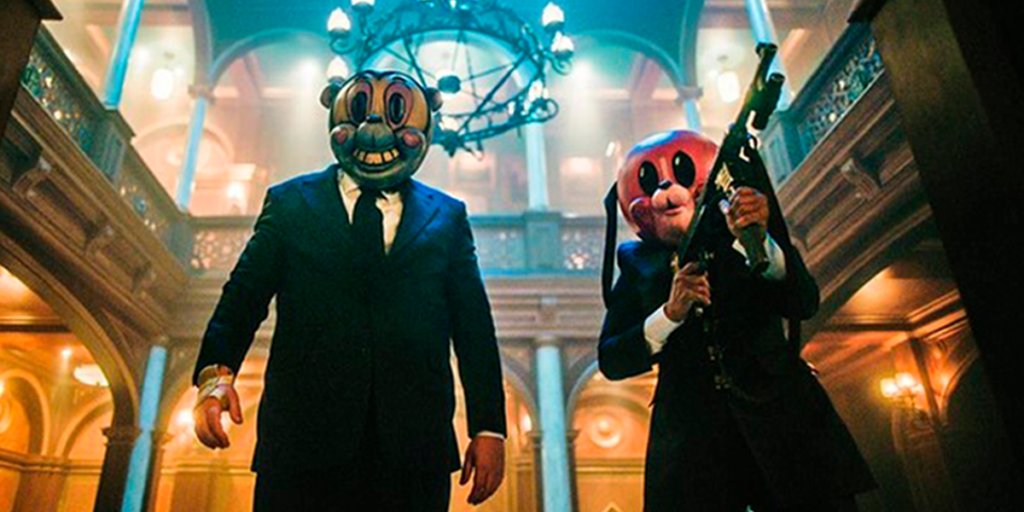 They also recruit a reluctant Alison, by revealing that Number 5’s mother was the only of the 47 women to mysteriously give birth, without being pregnant beforehand, that had twins. We later find out that Numbers 5 and 1 are biological twins, and so Alison helped Temps Aeternalis in order to save Number 1’s life.

Dallas also sees Vanya all but out of action, and essentially forgetting all of her evil deeds (which might hint at where her arc is going in the future). Additionally Numbers 1, 2, and 4 (Luther, Diego, and Klaus) head back in time to stop Number 5. Unfortunately for them, they end up in Vietnam a few years before they intended – putting them in the middle of the Vietnam war.

Obviously, part of that storyline has already been explored with Klaus accidentally heading back to Vietnam, where he met and fell in love with Dave. And so how much this could play in, especially that the Academy are all children again, and altogether is unclear. Some other unknowns are where (and when) Hazel and Agnes ended up, with their whole story also being a new addition, whether or not the time travelling can see the return of characters like Sir Reginald, Pogo, Cha Cha, and Detective Patch, and The Commission will play a role going forward. 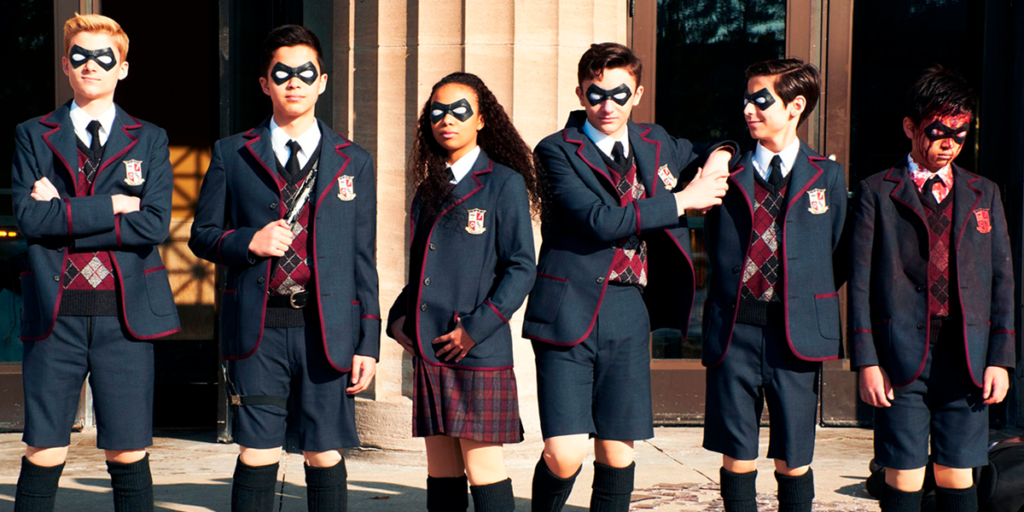 Whether or not The Umbrella Academy’s live-action future follows the JFK assassination storyline, weaves in other parts of the comics it’s missed out so far, or goes in a completely new direction is still unclear, but there is no doubt that there are almost limitless twists and urns the show can take following its cliffhanger ending, the ensuing time travel, and the now young again Academy.

For a bigger list of the differences between the comics and show click HERE, and for our thoughts on how the show takes ‘adaptations’ to new heights’ click HERE 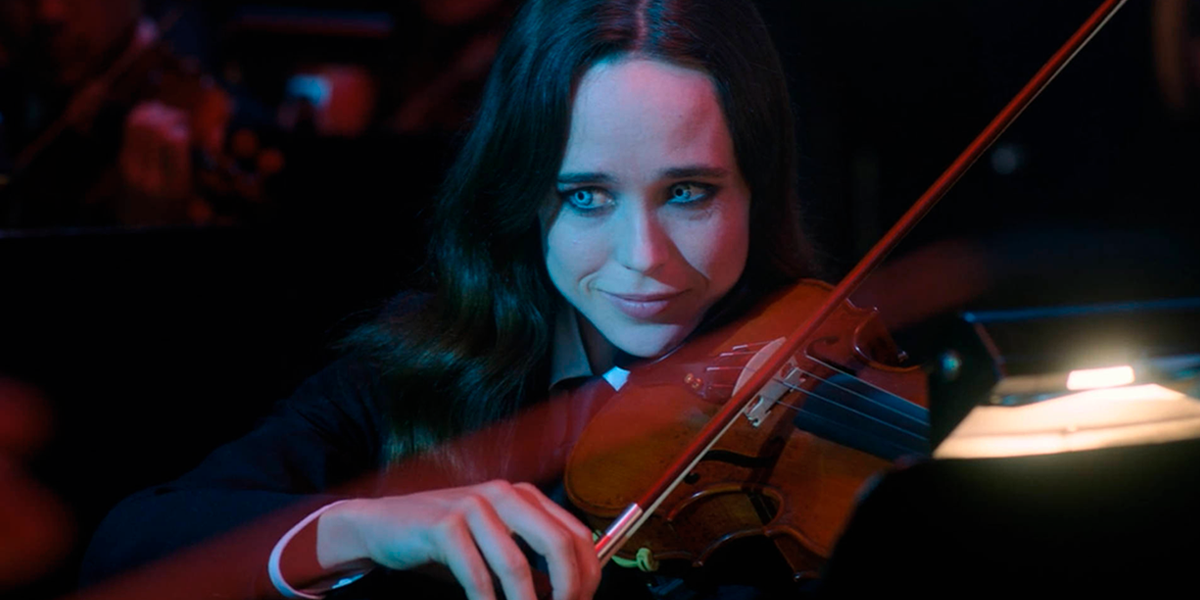 The Umbrella Academy: How the Ending Compares to the Comics and What it Means for Season 2

March 1, 2019
Previous articleThe Umbrella Academy: The Biggest Differences Between the Comics and the Show
Next articleCaptain Marvel: The Best Easter Eggs, References, and Cameos