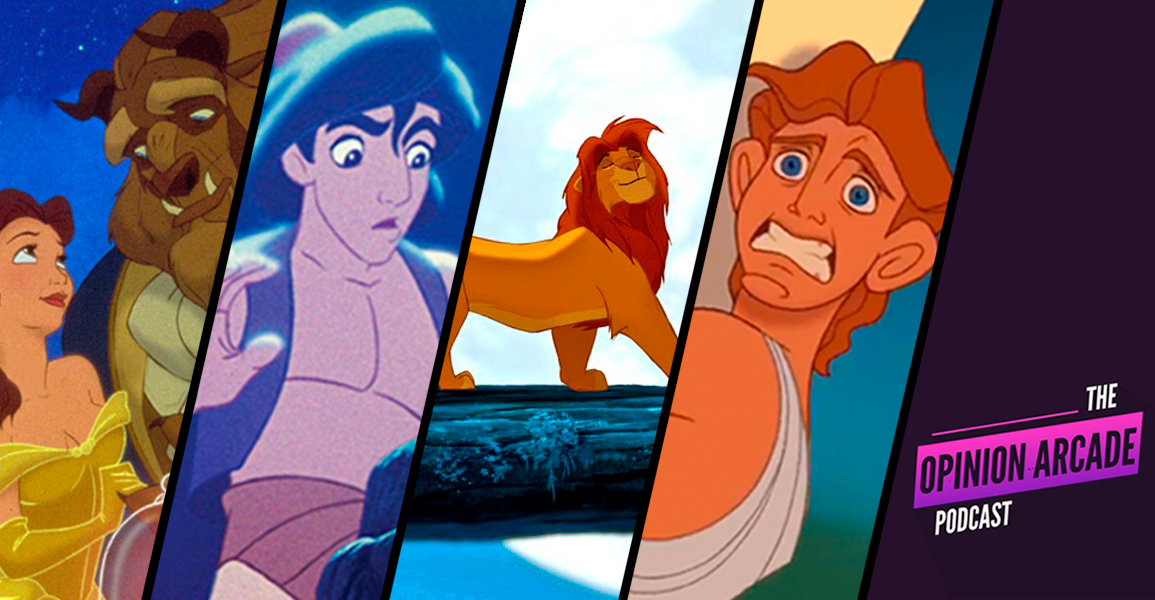 The Opinion Arcade Podcast Episode 2 – Disney Movies of the 90s

In the second episode of The Opinion Arcade Podcast Joey and Josh discuss the Disney movies of the 1990s, going through each movie in the fabled era now known as the ‘Disney Renaissance’ which went from 1989 to 1999 and included Disney hits like The Little Mermaid, Beauty and the Beast, Aladdin, The Lion King, Mulan, and Tarzan.

The guys go through each movie including the often overlooked Rescuers Down Under, discuss Josh’s irrational annoyance at Ariel forgetting the word ‘feet’, the darkness of the Hunchback of Notre Dame, how well the Lion King has aged, and decide which of the hit movies is their favourite.