In The Best Comic Book Panels Recreated in DC Movies, we’re taking a look at everything from the iconic Dark Knight Returns jump, and Wonder Woman’s reaction to Ice Cream, as well as Joker and Harley dancing, and Superman recreating his debut on Action Comics #1 (and lots more…)

During the climactic fight in Batman vs. Superman: Dawn of Justice the DC trinity of Batman, Superman, and Wonder Woman take on the DCEU’s version of Doomsday. Not being a superhuman Batman spends much of the fight avoiding Doomsday’s powerful attacks. One of his dodges manages to recreate the iconic cover of Frank Miller’s Dark Knight Returns #1 from 1986. 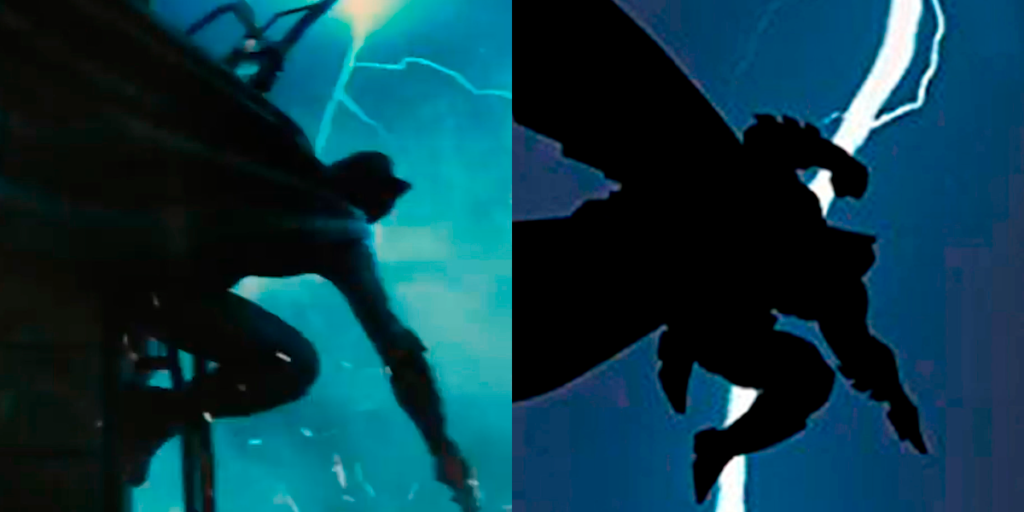 During one of Harley’s chaotic flashback’s to her disturbing past in 2016’s Suicide Squad, a brief glimpse of her and the Joker dancing is seen. Jared Leto’s Joker is in a tuxedo, and Harley is in her classic comic book outfit. The scene is a direct nod to acclaimed comic book artist Alex Ross’ cover of Batman: Harley Quinn #1 from 1999. 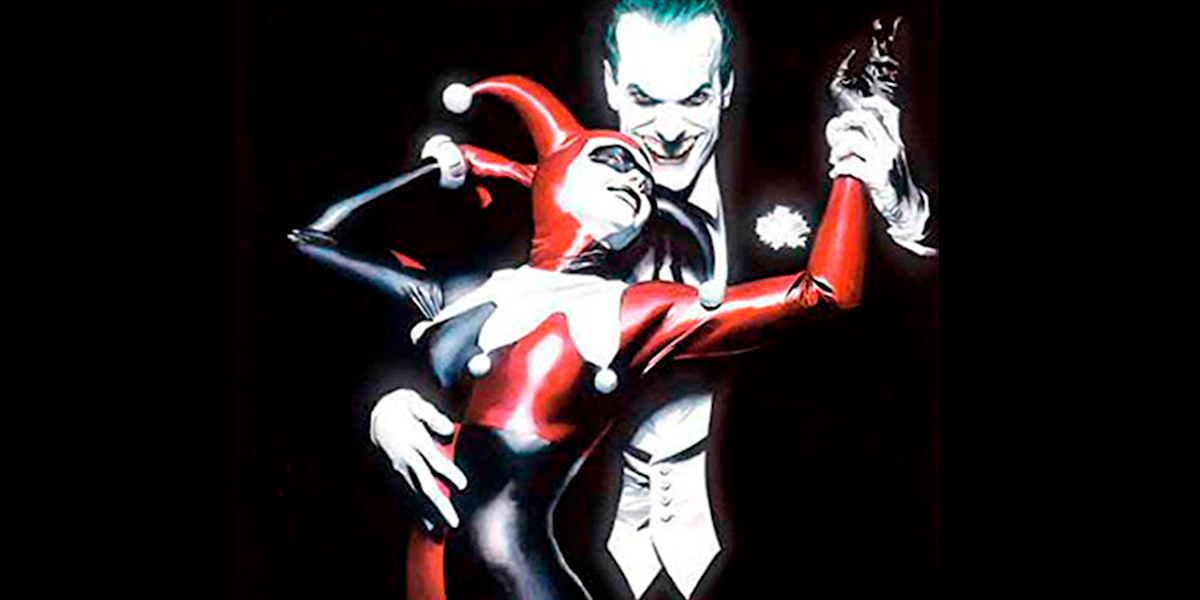 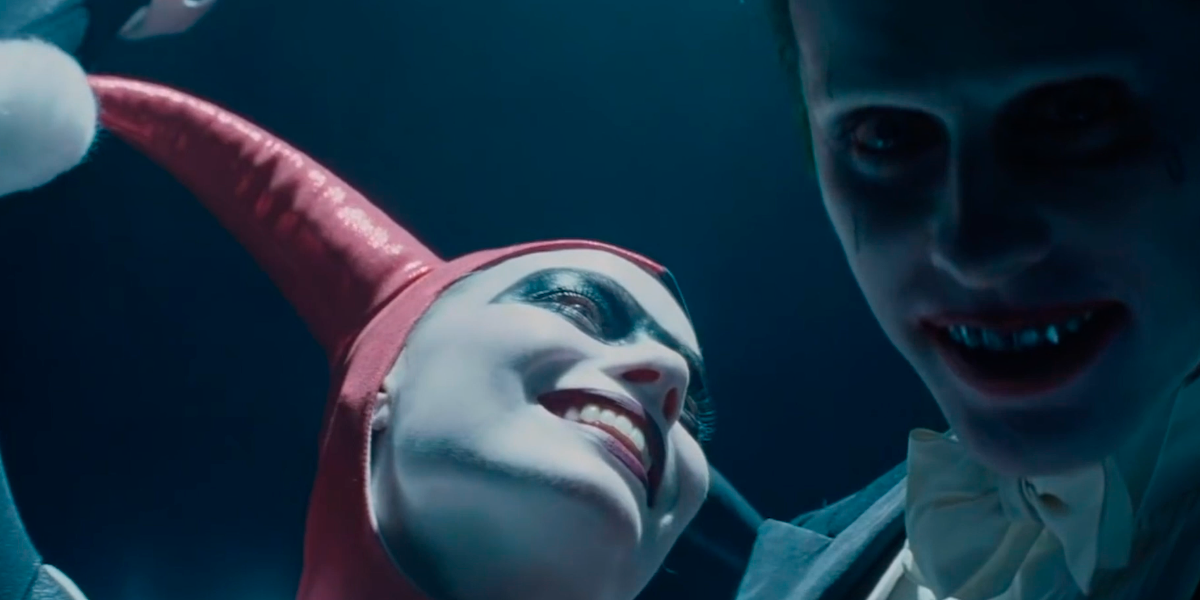 In one of the most iconic comic book covers of all time, Superman lifts a green car above his head on the front of Action Comics #1. This cover is recreated in 2006’s Superman Returns, which was a continuation of the Richard Donner and Christopher Reeve Superman movies from the 1970s. In the scene, Brandon Routh’s superman saves Parker Posey’s Kitty Kowalski, which unbeknownst to him is a part of Lex Luthor’s plan. 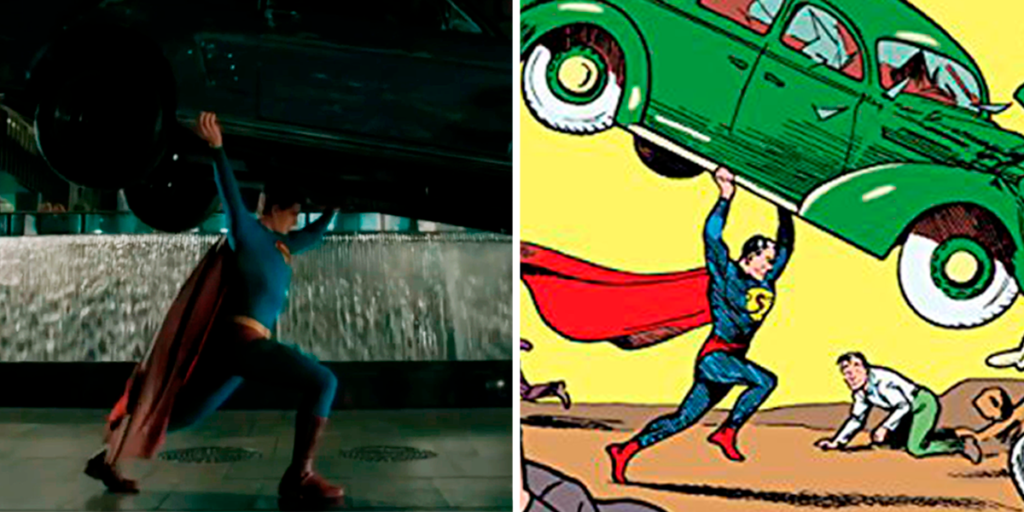 Early in the Dark Knight Rises Batman attempts to take on Bane in the Gotham sewers. Thanks to Bane being more than ready for the Dark Knight, and Batman being out of the vigilante game fr several years, Bane quite literally breaks the Bat. Bane lifting Batman into the air and breaking his spine on his knee is an iconic shot, one that has appeared throughout Batman and Bane’s long history, but first in Batman Vol 1. #497 (1993). 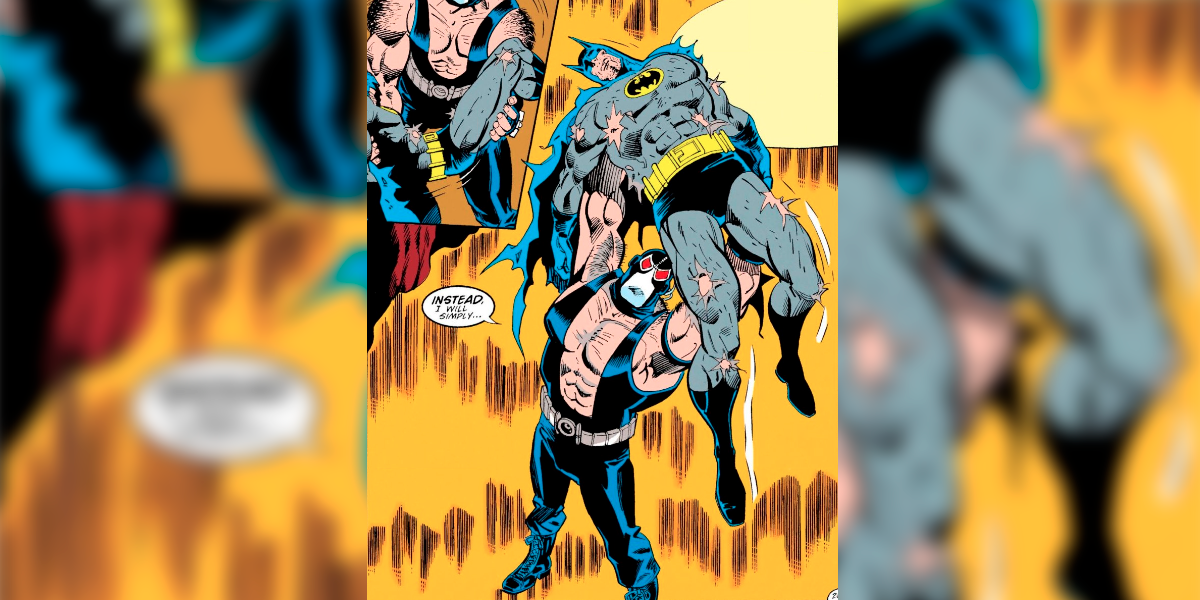 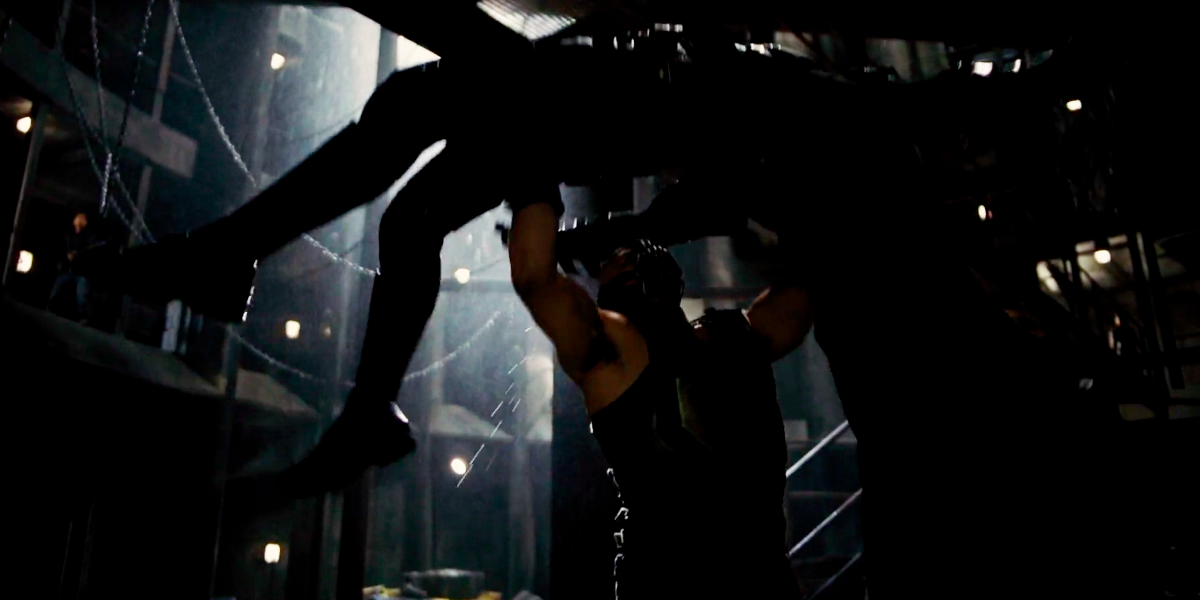 As Amanda Waller introduces Deadshot at the beginning of Suicide Squad, a shot of the deadly assassin standing with his hand outstretched amongst a rain of bullets perfectly recreates the cover of Secret Six Vol. 3 #15 from 2009. 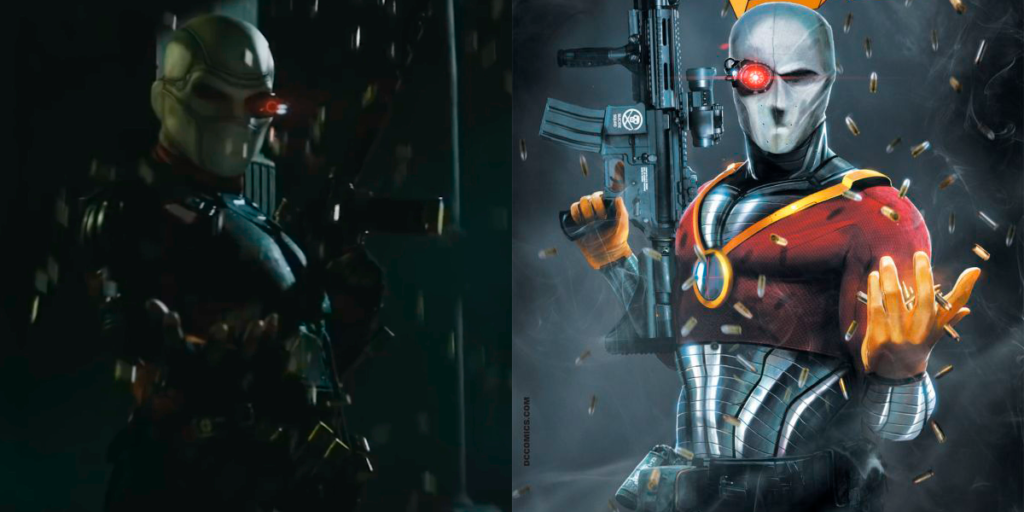 Although the setting is altered from modern-day Washington D.C. to London during the First World War, Diana’s reaction to her first taste of ice cream is straight from the pages of 2011’s Justice League #3. 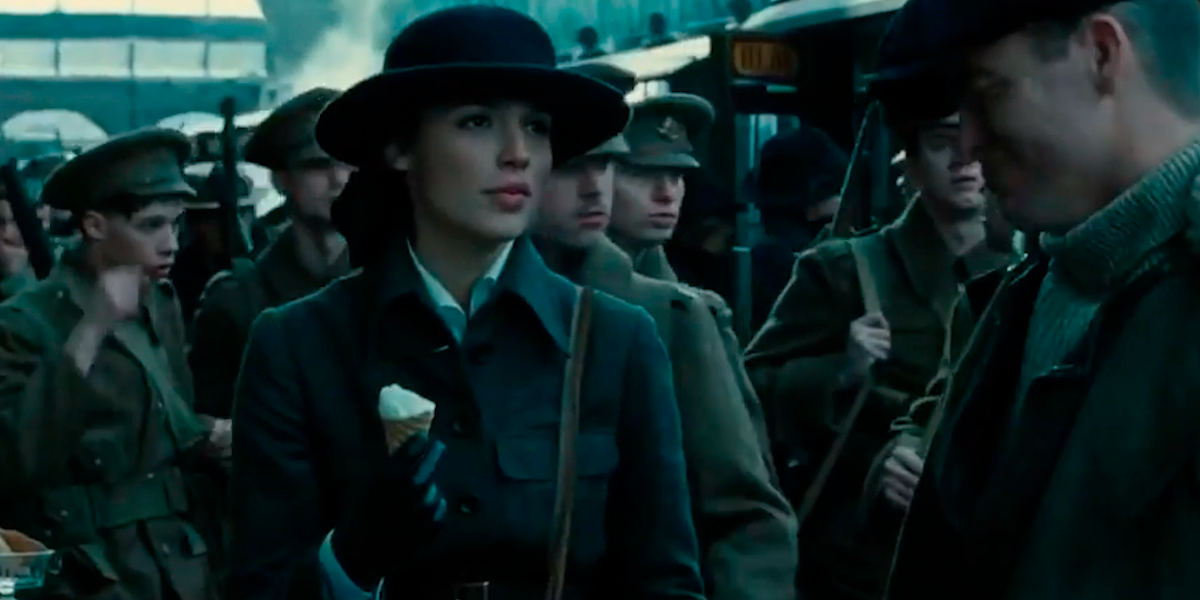 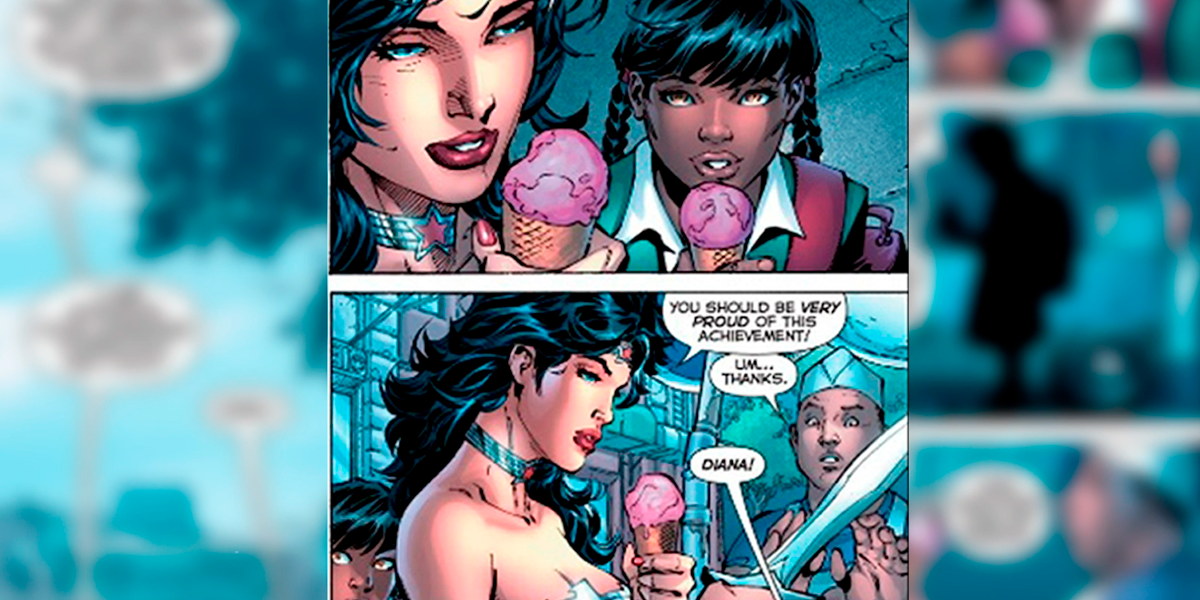 Batman vs the Parademon

The opening scene of 2017’s Justice League mirrors the opening of 2012’s New 52 rebooted Justice League comics. Although Green Lantern doesn’t arrive to help Batman and he has already encountered Superman and Wonder Woman, whereas they are yet to meet in the comic, the scene of Batman trying to interrogate a Parademon is straight from the story by Geoff Johns and art by Jim Lee and Scott Williams. 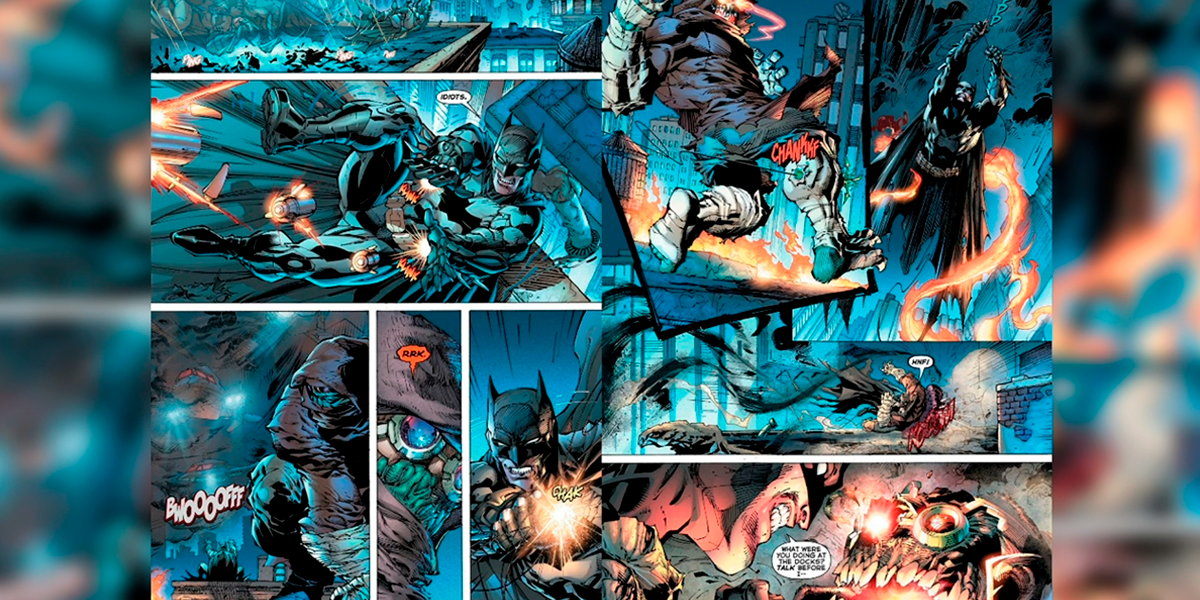 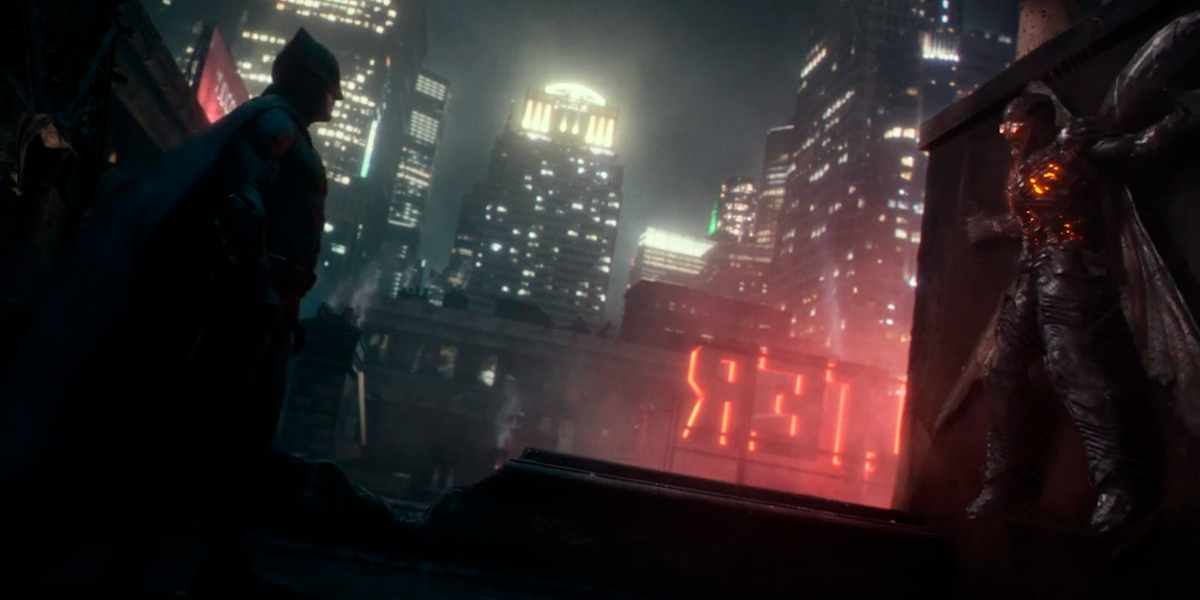 The Shazam! Family Get’s Their Powers

One of Shazam!’s biggest twists is Billy Batson’s entire foster family receiving Shazam! powers. Fans from the comics will know that Billy’s family also had powers and have done numerous times over the years, but the movie did a great job of hiding this by not showing any hints in its marketing. The moment the Vasquez family join Billy by Turing into their perfect form and gaining superpowers is almost a perfect recreation from the New 52 comics. The Shazam! Comics were originally part of the New 52’s Justice League, eventually gaining a separate release. 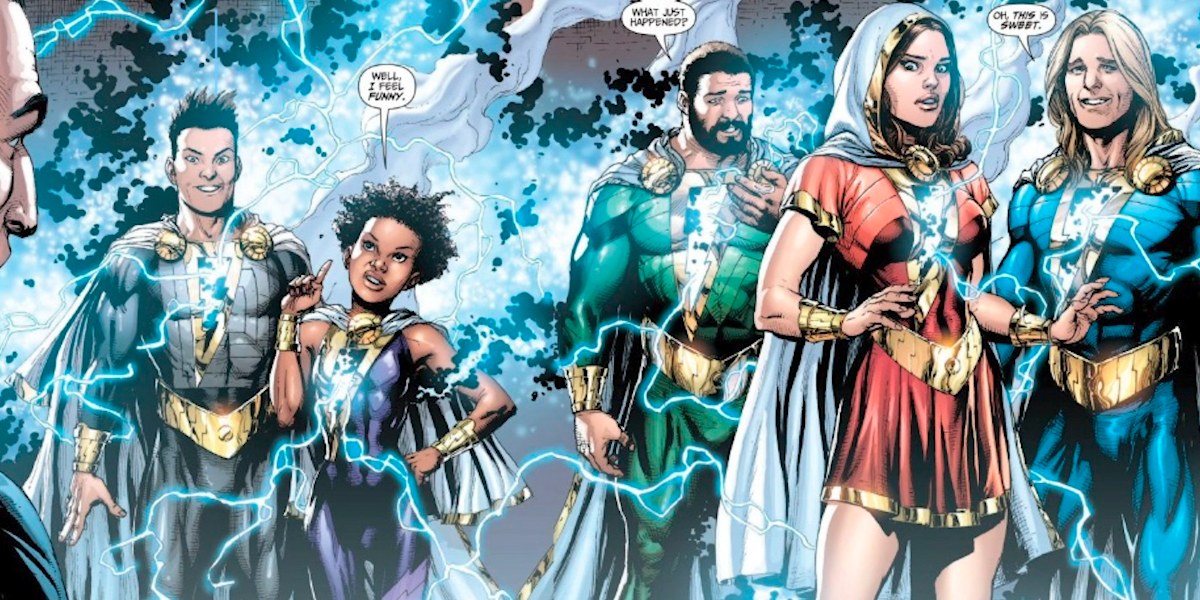 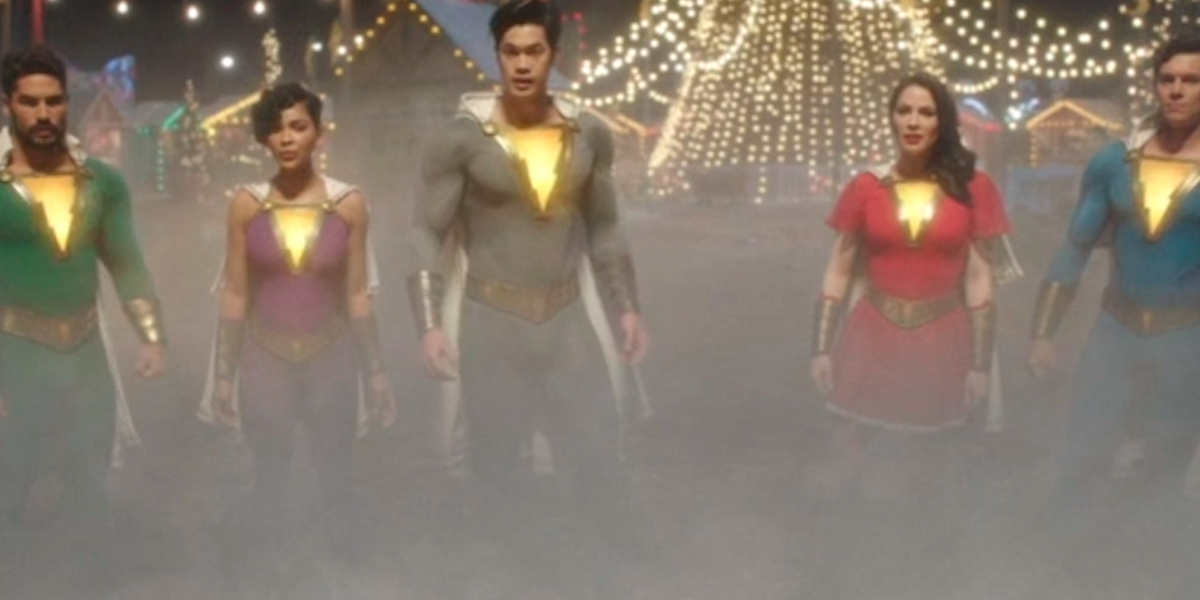 In 2013’s Man of Steel Superman discovers his true origins and is told to embrace his powers by his biological father Jor-El. The scene that follows shows Clark flying for the first time, and sees him fly over some Zebra. Although the context is different, the scene homages Clark doing the same in 2003’s Superman: Birthright, which Man of Steel took a lot of inspiration from. 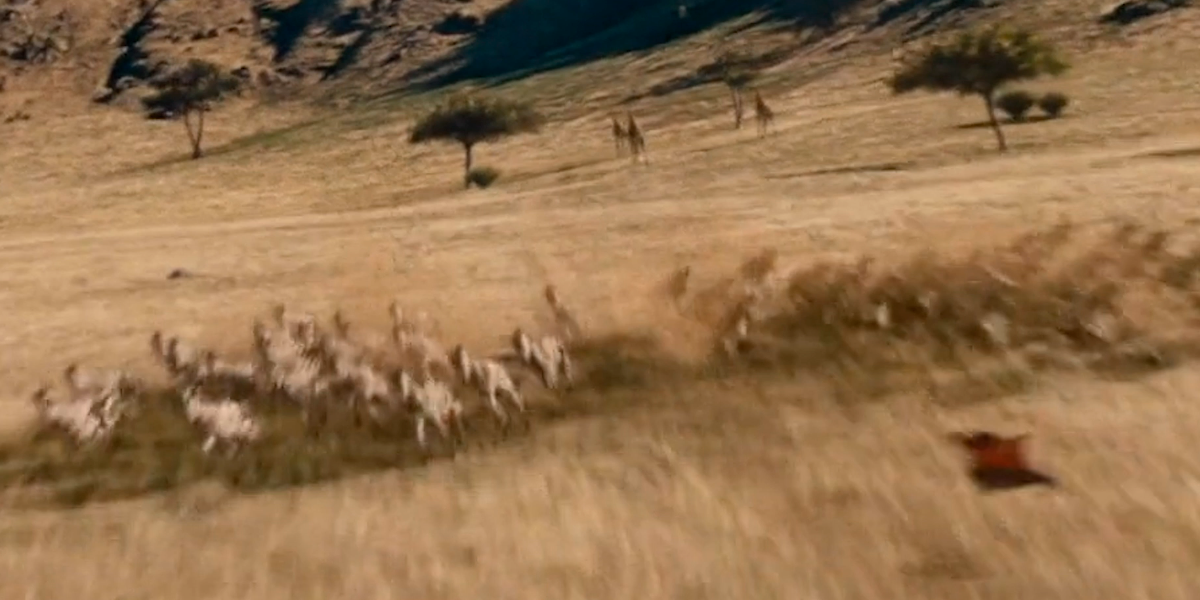 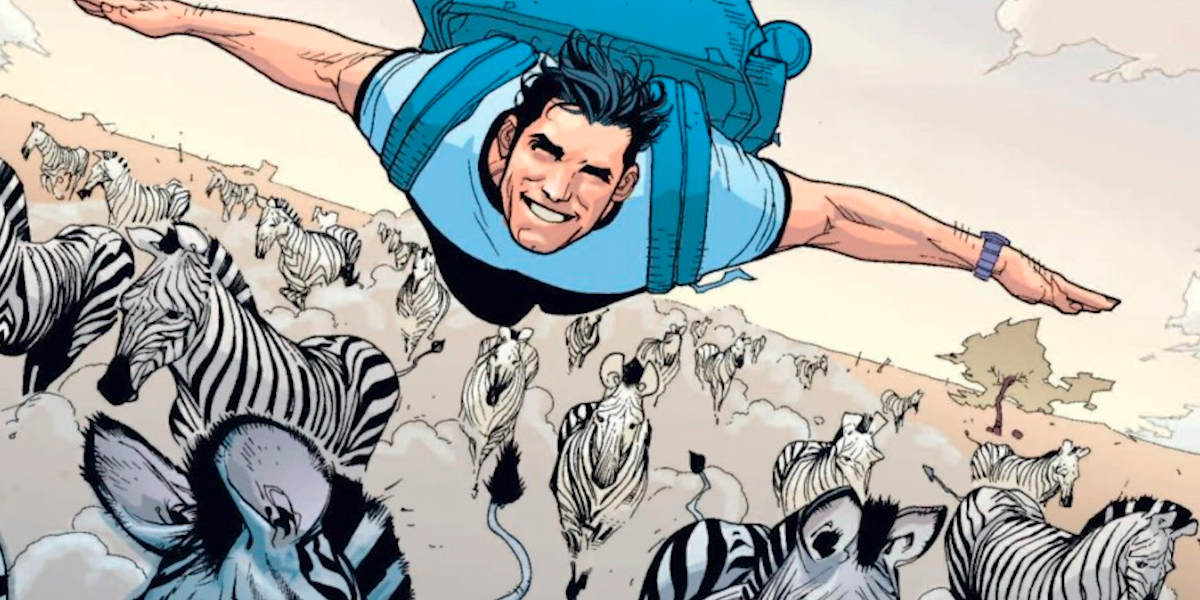 Batman Begins relaunched the character for moviegoers, after the Dark Knights previous live-action movie, 1997’s Batman and Robin was a huge flop both critically. Batman Begins changed several things about Bruce Wayne but also gave us our best look yet at his early years adapting much of the classic Batman Year One storyline. With that came the iconic scene of Thomas and Martha Wayne being shot in Crime Alley as Bruce is left alone. The scene is one of pop-culture’s most recognisable and has been depicted in movies, tv and comics numerous times. 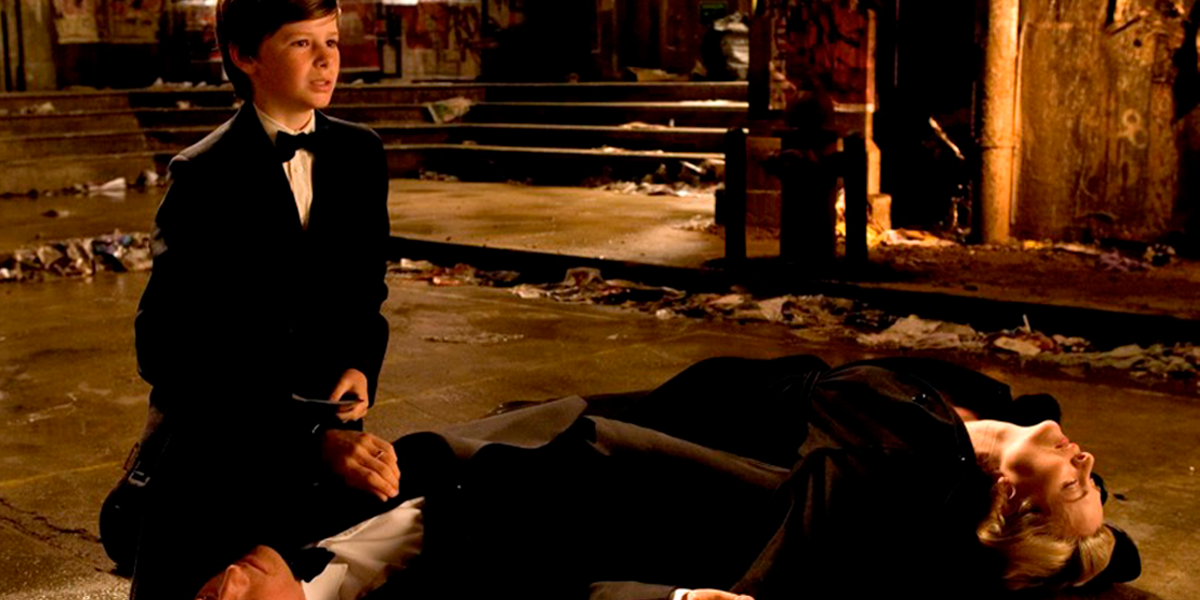 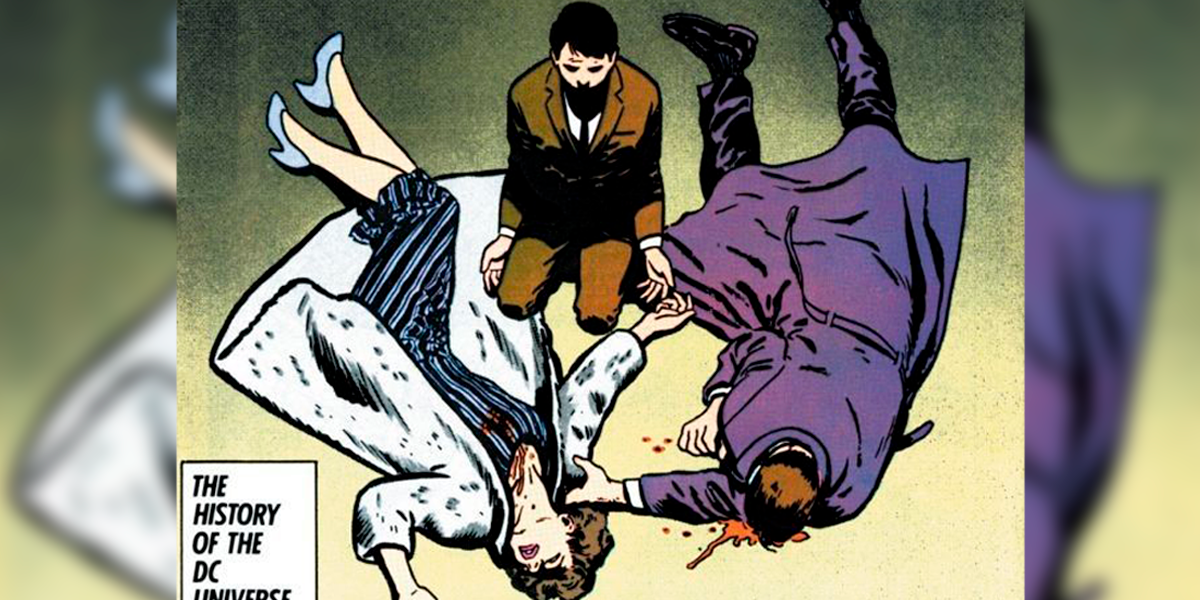 If you liked The Best Comic Book Panels Recreated in the DC Movies Subscribe to our YouTube channel to check our original MCU video HERE, the second MCU video HERE, our Spider-Man video HERE.

March 5, 2020
Previous articleThe Making of Disney’s The Little Mermaid
Next articleHow Bloodroots Combines Chaos, Creativity, and Carrots into Something Special