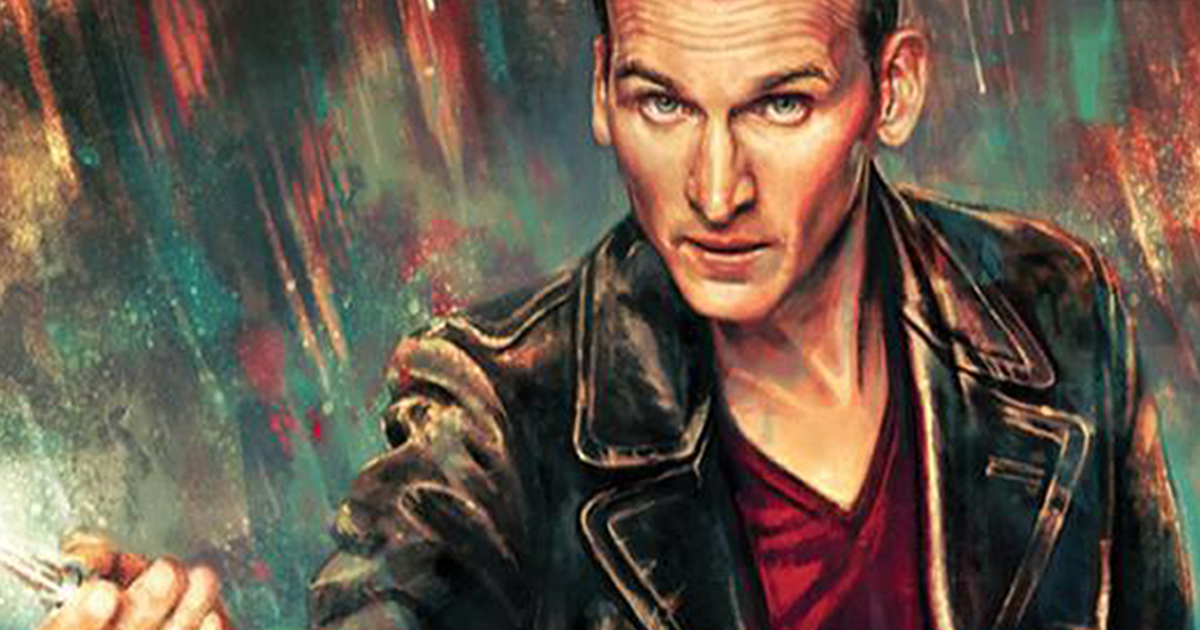 The Best Ninth Doctor Adventures that Weren’t On TV

The Ninth Doctor is one of the most underused incarnations of the Doctor, with only one full series under his belt he is second only to the Eighth Doctor in terms of how little we saw of him (with the Eighth Doctor only having one live action movie, and a short leading into the fiftieth special). Despite only getting thirteen episodes with the Ninth Doctor, his adventures (both with and without Rose) have continued in a number of mediums, including audio plays, audiobooks, novels and comic books. 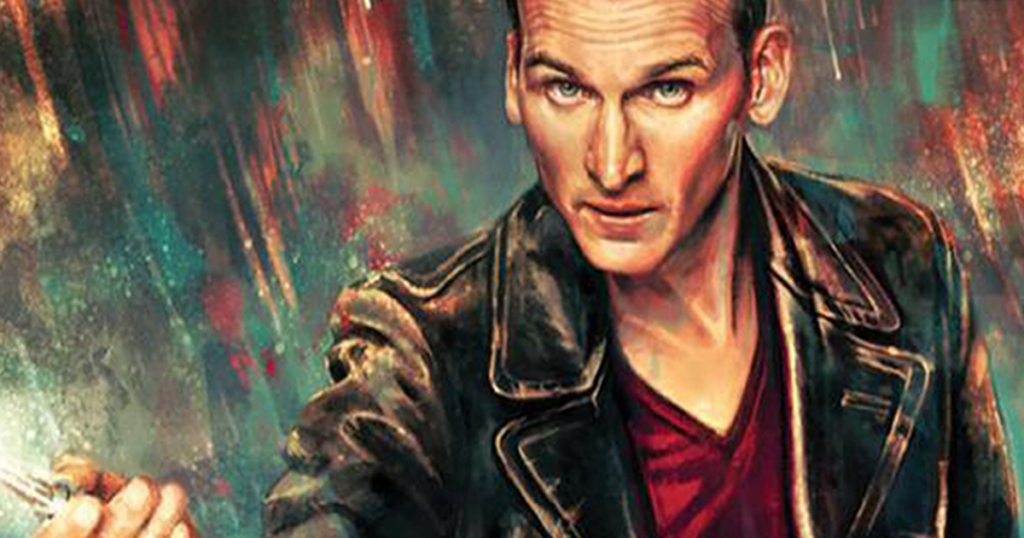 Starting off the BBC New Series Adventure books soon after the 2005 relaunch of Doctor Who, The Clockwise Man shows the Doctor and Rose in 1920’s London searching for a killer. The book marks the return of the Clockwork Men, who had previously appeared in an Eighth Doctor book Anachrophobia and the audio story Time Works, as well as the Second Doctor episode The Mind Robber. The Clockwork Men would later feature in the Tenth Doctor episode A Girl in the Fireplace and the Twelfth Doctor’s debut episode, Deep Breath. 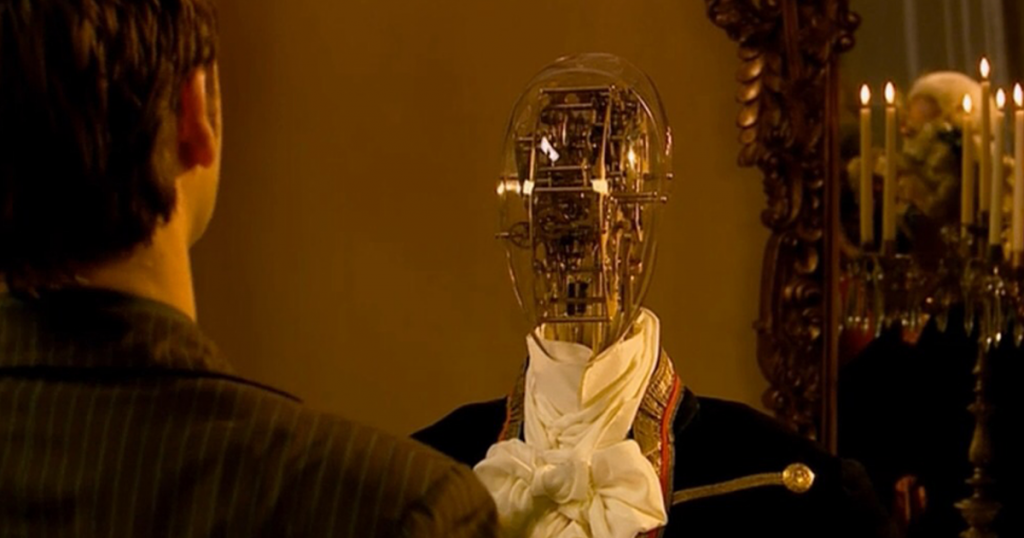 The book was released only a few weeks into the the 2005 series, and so delivered a great extension of the Doctor and Rose’s adventures early on. The story features plenty of references to the duo’s other adventures with both the Doctor and Rose noting the absence of the London Eye, and recalling their first visit during the episode ‘Rose’. Overall The Clockwise Man proved a great start to the New Series Adventure books, even if the Ninth Doctor only featured in six of them.

In 2013, as a part of Doctor Who’s fiftieth anniversary, Big Finish produced an eleven part audio series called Destiny of the Doctor. One part was released each month throughout the year, and saw the Eleventh Doctor showing up in each, to give his past incarnations various messages and instructions, which eventually made sense in the final part of the story. 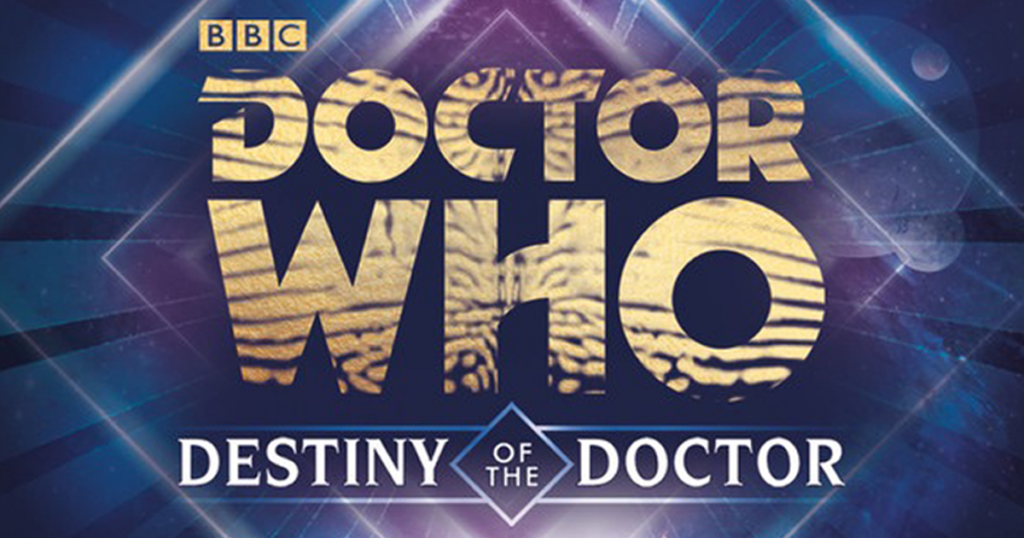 This series marked the extension of Big Finish’s Doctor Who licence, who up until this point had only been allowed to produce adventures based on Doctor’s leading up to but not including the Ninth (essentially anything before the 2005 reboot of the show). But from 2013 onwards Big Finish have been allowed to produce adventures involving the Ninth, Tenth, and eleventh Doctors (and have gone on to release series’ featuring River Song, the War Doctor, the ‘War Master’, and the Doctor’s Daughter Jenny). 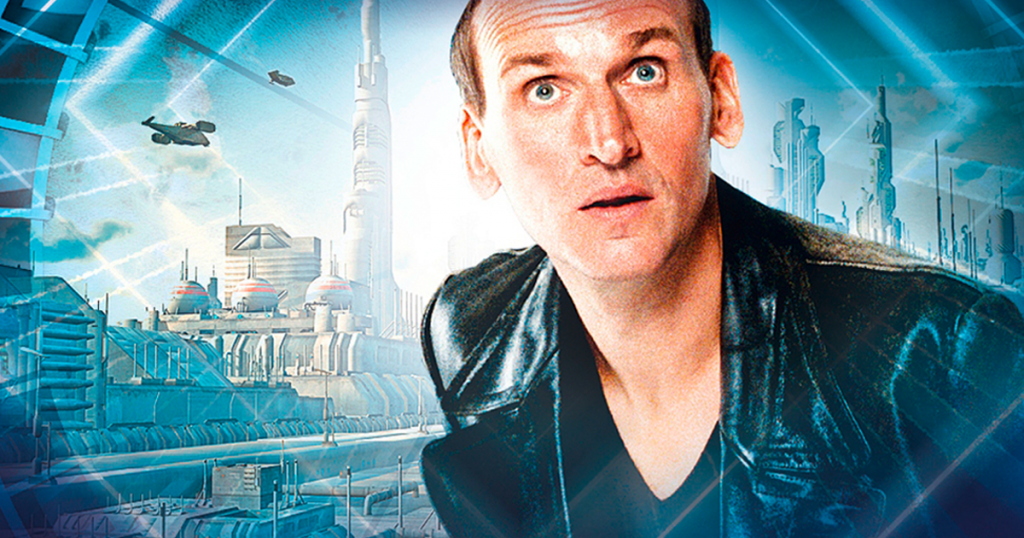 The ninth story, Night of the Whisper, shows the Ninth Doctor, Rose and Jack in New Vegas (the Las Vegas of the 23rd Century), and features Nicholas Briggs in his debut as the Ninth Doctor (Briggs famously voices the Dalek’s and Cybermen, and many other characters on the tv show, and also writes, directs and performs in a number of the Big Finish productions). This being the first Big Finish adventure for the Ninth Doctor was always going to make it something worthwhile for fans, but it manages to go above and beyond by not only connecting to the wider Destiny of the Doctor story, but also perfectly capturing the essence of Christopher Ecclestone’s Doctor.

The (now finished) ongoing Titan Comics comic book series began in 2015 and started with the ‘Weapons of Past Destruction’ miniseries. As a whole it showcases the further adventures of the Ninth Doctor, Rose, and Jack and we see them take on a race of wannabe Timelords, attempt to uncover why Jack’s memories were wiped, show up on a planet where the Doctor is a celebrity, and even get caught up in another Slitheen adventure, where we actually see Raxacoricofallapatorius. 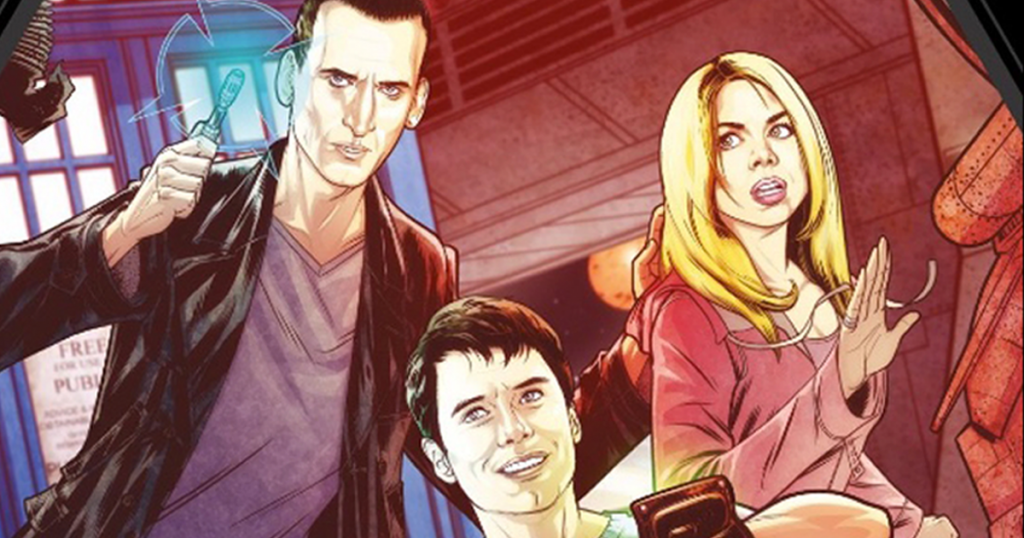 The entire run perfectly captures not only the likeness of the TARDIS crew, but also their personalities, showing off some of the best adventures for the Ninth Doctor, Rose and Jack.

‘The Churchill Years’ audio stories see the return of Ian McNeice’s Winston Churchill (who first appeared in Season 5, with Matt Smith’s Eleventh Doctor), and across two series have shown his encounters with various incarnations of the Doctor. 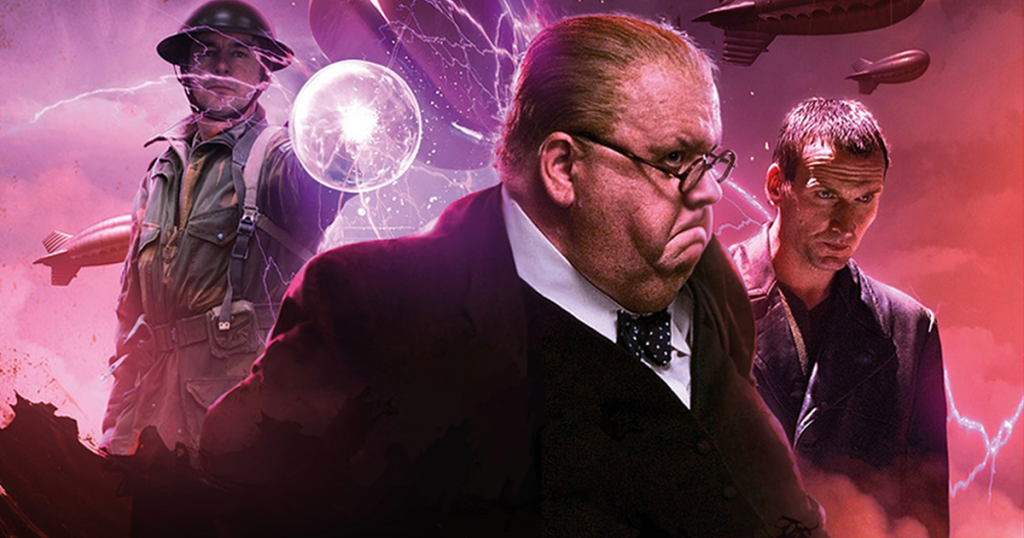 The first story, ‘The Oncoming Storm’, shows the Ninth Doctor come to Churchill’s aid when a mysterious stone appears in the Thames (that has deep connections to the Doctor and Gallifrey). The Ninth Doctor goes on to meet Churchill twice more (across the first two volumes of The Churchill Years), stopping him getting a weapon the Doctor believes is too powerful in ‘Human Conflict’, and helping fix an alternate reality where the Germans have occupied Britain during the Second World War in ‘I Was Churchill’s Double’. 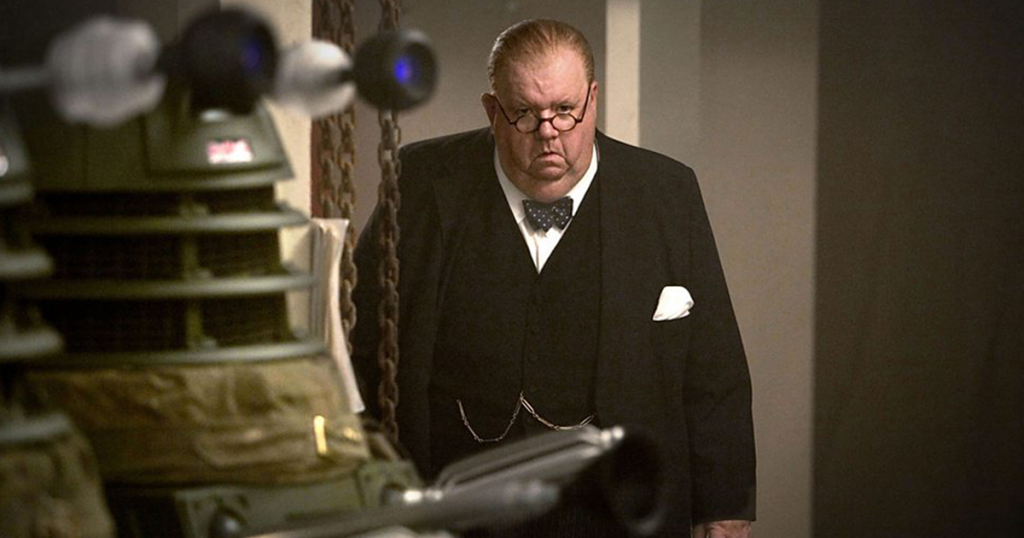 Aside from featuring the much anticipated return of Ian McNeice’s Winston Churchill, the audio stories with the Ninth Doctor provide lots of references to his other adventures, nail his characterisation and show a Doctor who is much more apprehensive of the dangers in war, than some later incarnations (which is perfectly framed against a Churchill leading Britain during a world war).

Coming out of the Destiny of the Doctor fiftieth anniversary audio stories, the audio adventures of the Ninth Doctor continued in ‘The Ninth Doctor Chronicles’, a series of four all new stories. The Bleeding Heart, The Window on the Moor, The Other Side, and Retail Therapy are all perfect Ninth Doctor adventures, and see the return of Adam Mitchell (with Bruno Langley reprising his role from the 2005 series), and Camile Coduri’s return as Rose’s mum, Jackie Tyler. 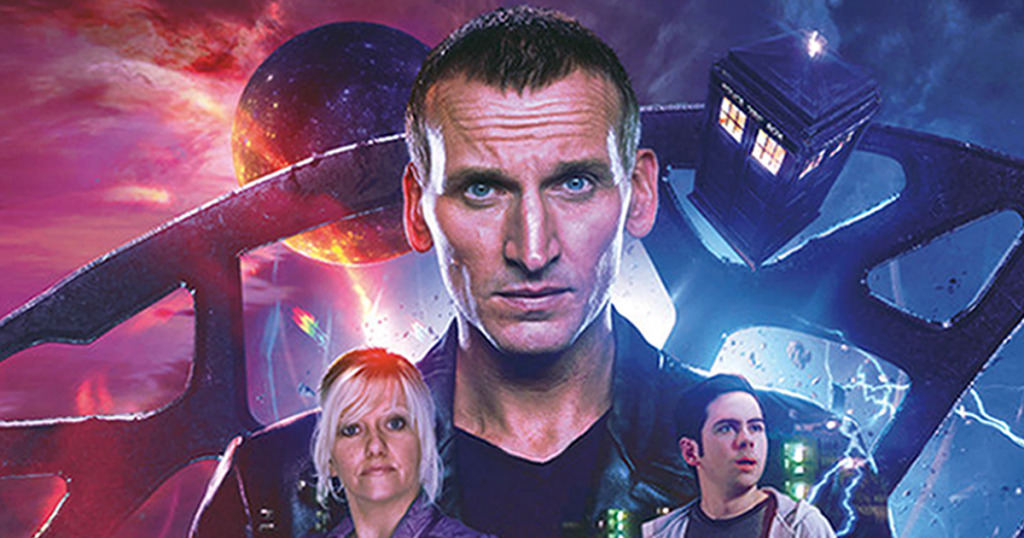 Nicholas Briggs’ Ninth Doctor makes a full debut here (with Briggs also narrating), and proves to be a great interpretation of Ecclestone’s Ninth. As a series the four adventures add up to be some of the best non-tv continuations of modern Doctor Who, and prove that there is plenty of room for more Ninth Doctor adventures.

Crossing over multiple ongoing comic books has always been a key part of the comic book medium, and it’s something the recent Doctor Who comics have utilised to full effect (having three pretty significant multi-Doctor stories in the last few years). Supremacy of the Cybermen is a little different in that it manages to be a solid multi-doctor story without having any of the Doctor’s actually interact with each other. 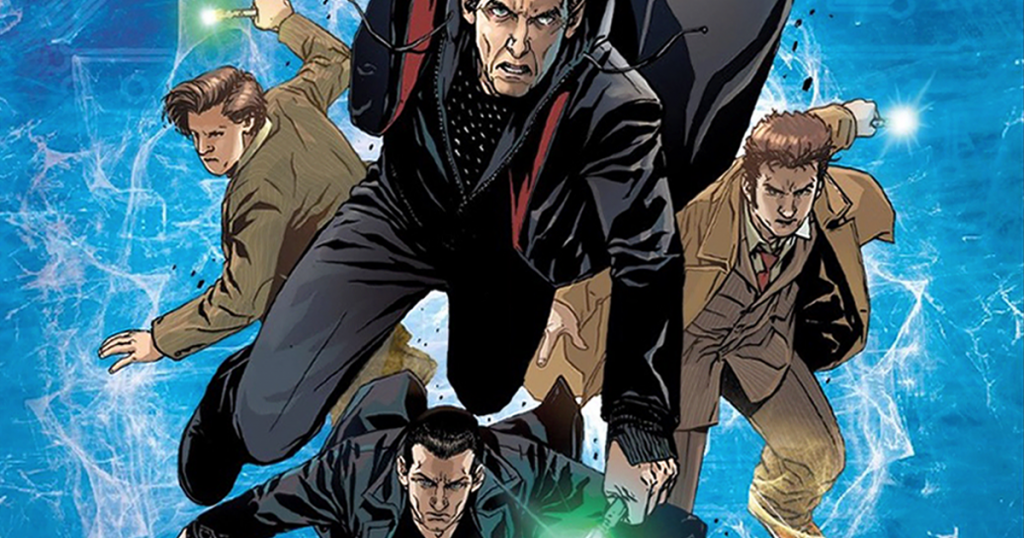 Although it’s a shame we don’t get to see the Doctor’s meet (something that was quickly remedied in The Lost Dimension crossover that also came out in 2017), Supremacy of the Cybermen see’s the Cybermen team up with the Timelord Rassilon and attack numerous points in time, including every incarnation of the Doctor, in an attempt to recreate the universe in their own image. 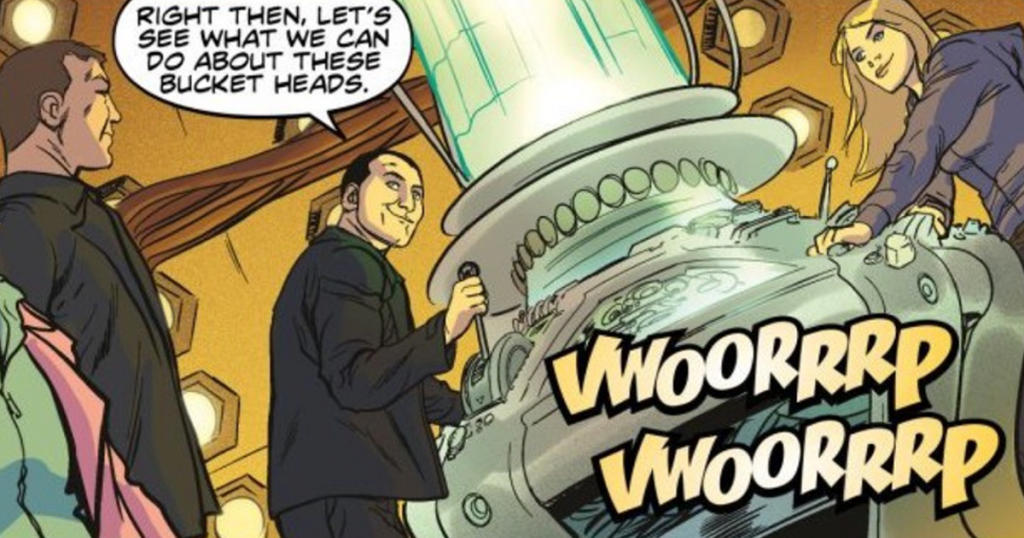 Although the individual sections from the Supremacy of the Cyberman are all relatively small parts (and we spend most of our time wit the Twelfth Doctor), they all add up to a cleverly woven story that shows various Doctor’s fighting off the Cybermen across different points in space and time. The Ninth Doctor’s part in the story see’s him in 2006 London with Rose, Jackie, and Jack trying to figure out why the TARDIS is about to implode, stop the airborne Cyber virus taking over, and shines an interesting light on what it will take for Jackie to finally trust the Doctor.

In another huge comic book crossover called ‘The Lost Dimension’ we see the ongoing series of the Ninth, Tenth, Eleventh, and Twelfth Doctors crossover, to yet again include every single incarnation of the Doctor. 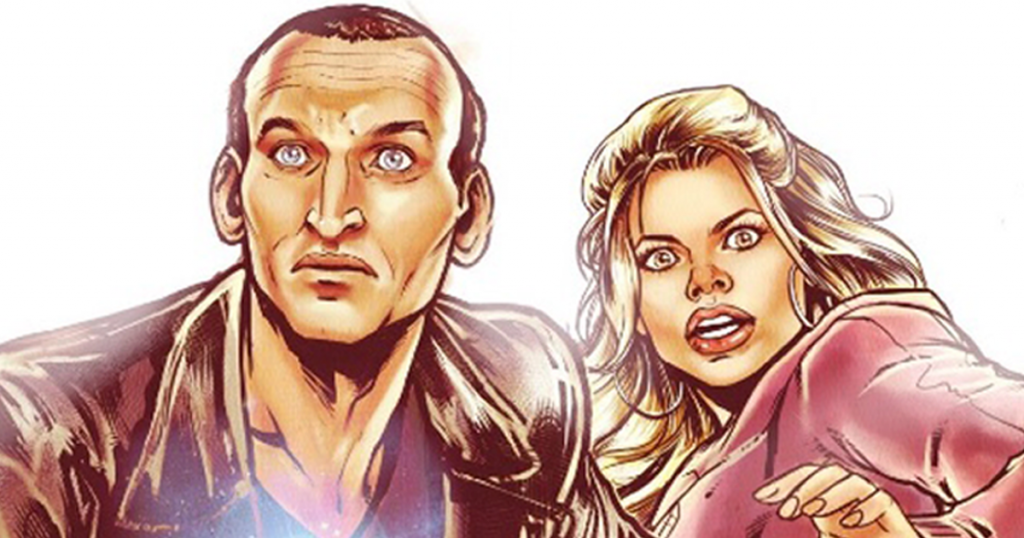 The story, which is split into two main books, combines all incarnations of the Doctor up to (and including) the Twelfth, as well as River Song, Jenny, Rose, Captain Jack, Tara, Gabby, Cindy, Alice and the return of the Timelords Romana and Rassilon (along with a look at ancient Gallifrey). 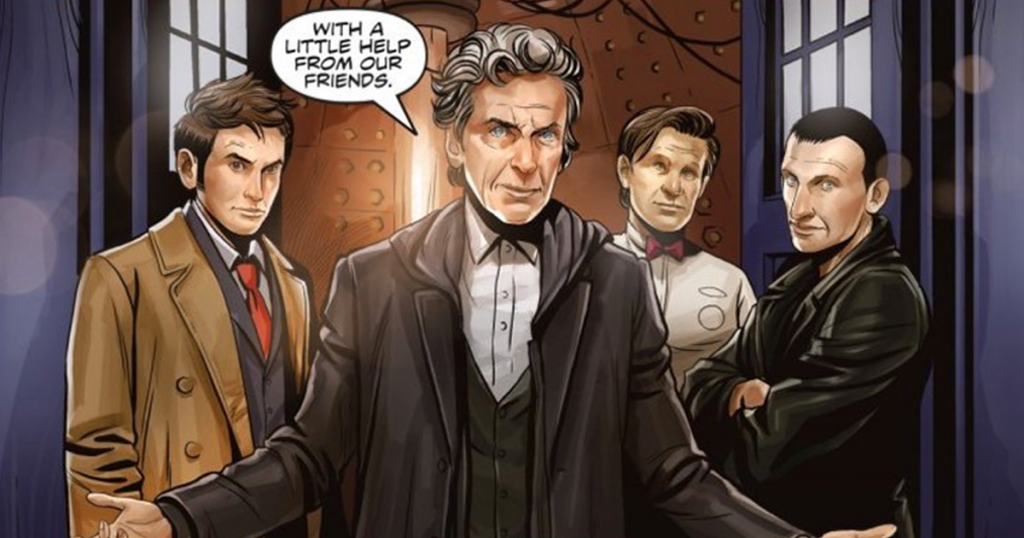 Made up of multiple issues, with a whole section dedicated to the Ninth, Tenth, Eleventh, and the Twelfth Doctors, then Jenny, and River Song respectively, the story adds up to be one of the best multi-Doctor stories that interweaves and combines them all in a clever and meaningful way. The Ninth Doctor’s role in the book is pretty involved, with all of the modern Doctor’s taking centre stage, and seeing his interactions with his later and previous incarnations totals to one of his most memorable appearances in a multi Doctor story.

For a long time (starting in 1973) the ‘Target Novelisations’ delivered a number of Doctor Who books, that included adaptions of live actions episodes, audio stories and radio plays, going right up until the early nineties at which point the novels abruptly stopped. Even with the 2005 relaunch of Doctor Who, and a number of novelisations (that ranged from adaptations to wholly new adventures) Target didn’t properly get back into the Doctor Who game until 2018, where they released four new books. The first of which is an adaption of Rose, written by episode writer and former show runner Russell T Davis. 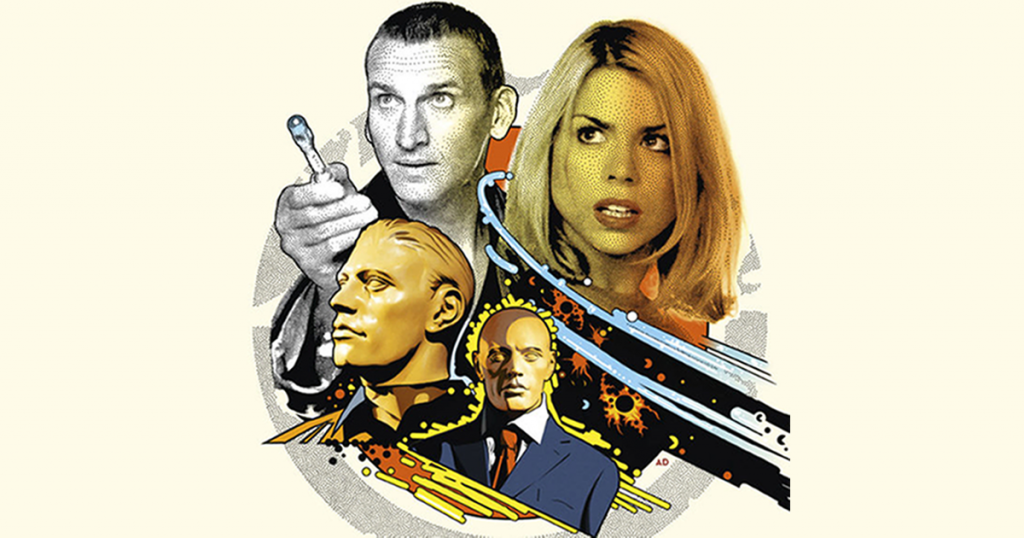 The novelisation format allowed Davis to alter and expand numerous scenes, with some of the bigger changes including Clive discussing several versions of the Doctor (including incarnations after the Ninth), we find out that Mickey is in a band called ‘Bad Wolf’, we get a small appearance from (a sleeping) Donna Noble, and even a scene with the Tenth Doctor (contextualising his pre-regeneration visit to Rose). 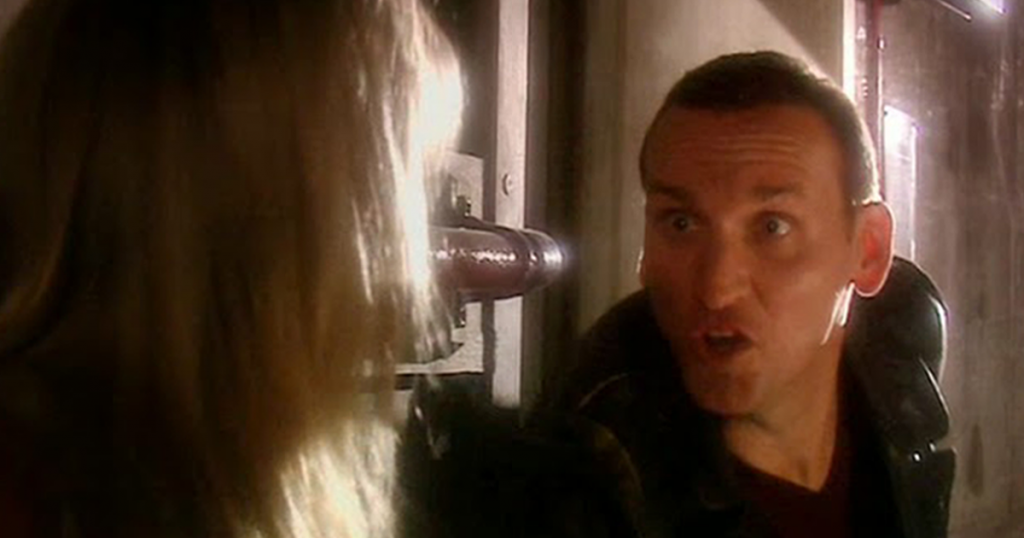 The novelisation proves to be a great adaptation of a hugely important episode of Doctor Who (and one of the Ninth Doctor’s best), adding just enough new details to make it feel fresh and interesting, and showing off everything the Ninth Doctor is perfectly.

The Four Doctors cross over is a great multi-doctor comic book story, that showcases a number of ‘what if’s’ where the Doctor chose to turn away from his responsibilities. We see the Tenth Doctor turning into a sort of ultra-Timelord dictator, the Eleventh retires living a quiet life with River whilst all of reality collapses around them, and the Twelfth (who is adamant he could never make such mistakes) turns out to be the worst of them all. 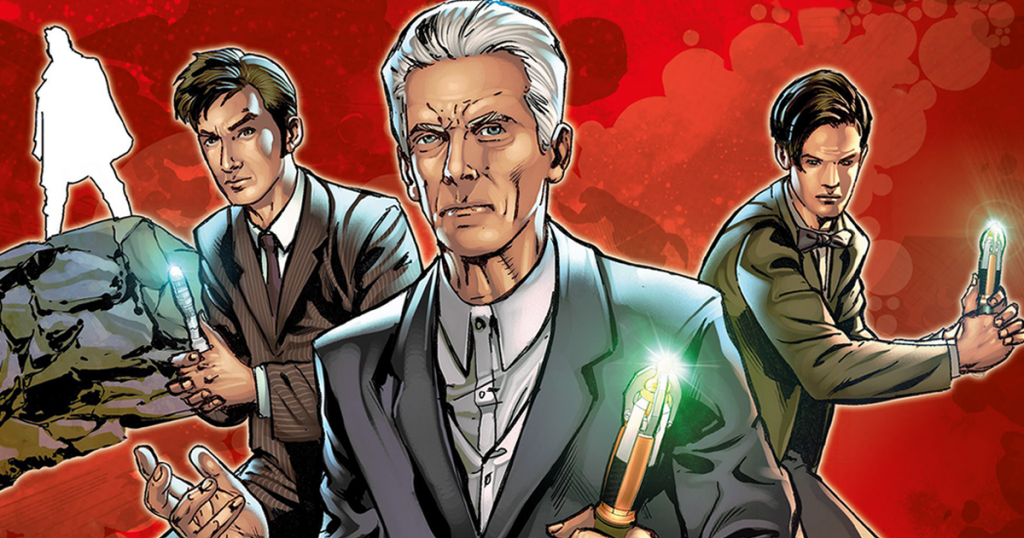 With appearances from the War Doctor, and alternate versions of the Tenth, Eleventh, and Twelfth Doctors, the titular ‘Fourth Doctor’ alternates throughout the book, but there is one small (and great) appearance of the Ninth Doctor and Rose right at the end, in which we see there was never an alternate evil version of the Ninth, as he was never anything other than ‘Fantastic’.