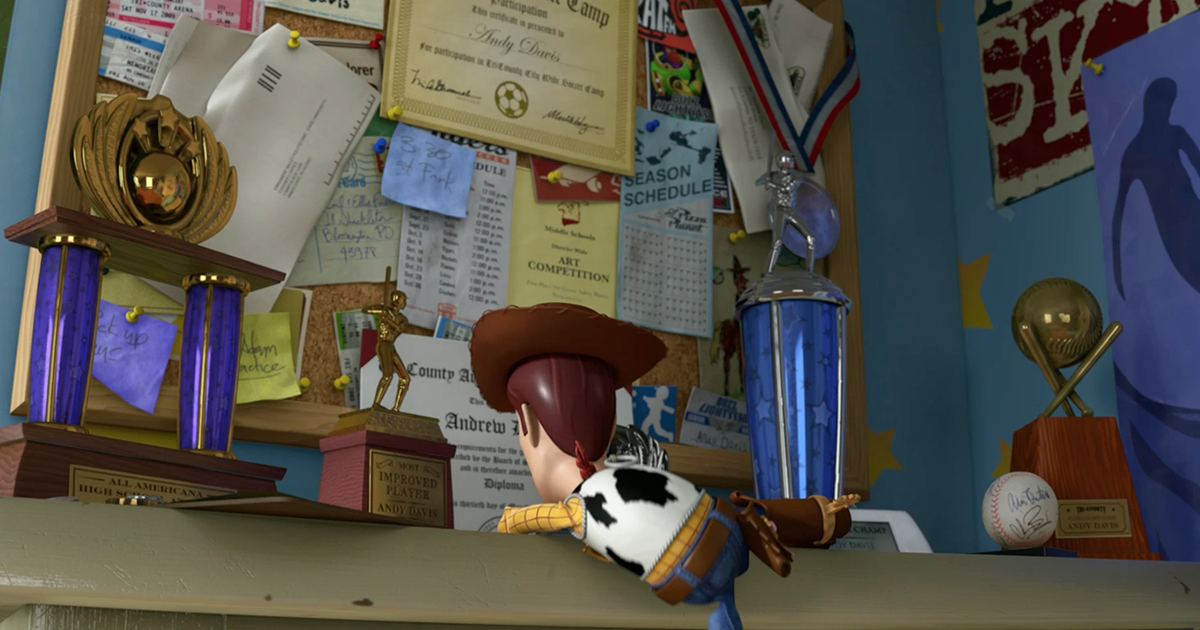 So is the Postcard from ‘Up’ Really in Toy Story 3?

Pixar movies are intertwined and connected by a number of recurring items, props, visual gags and characters, totalling to what many consider to be a very complex and crazily connected universe (that involves robot uprisings and magic bringing toys to life). One of the most popular easter eggs, which I’ve been a huge fan of (up until now) is the ‘Up’ Postcard that reappears in Toy Story 3, and it wasn’t until doing research for an article on the the Top 25 Pixar Easter Eggs, References, and Cameos (which is coming soon) that I was shocked (‘horrified’ may be a more accurate word) to discover that it isn’t actually in the movie. 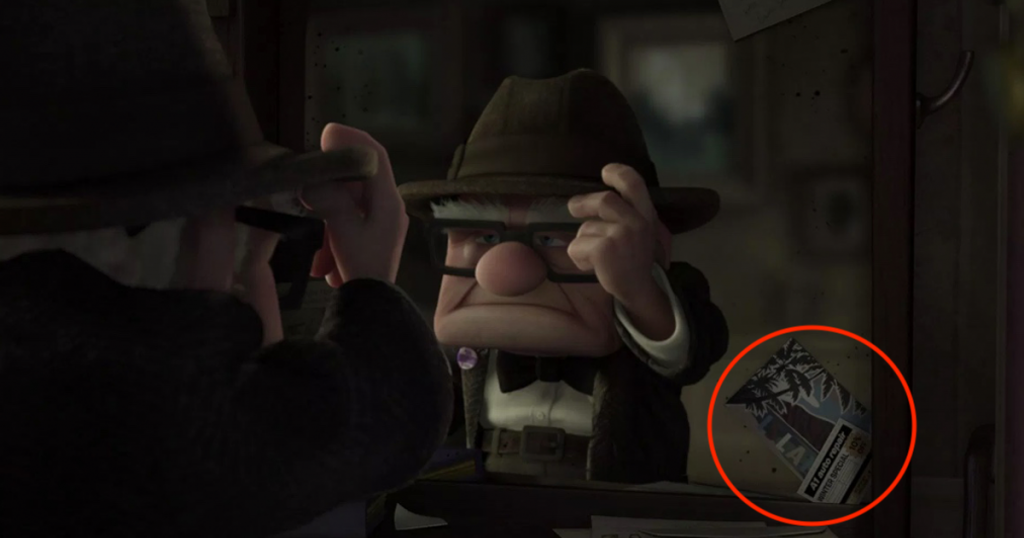 Before explaining the lengths I’ve gone to, trying to find the scene, it’s probably best explaining it. In Up, when Carl is getting ready for his day (straight after the heartbreaking opening montage of Carl and Ellies life) we see a postcard in the mirror that says ‘Islands’ with a beach scene also pictured (which you can see in the image above).

Then it looked as though the same postcard reappears on Andy’s notice board in Toy Story 3, where we can see the reverse side specifically naming Carl and Ellie. Explanations ranged from Carl and Ellie sending it to Andy (even though it has their name and address on it, implying it was sent to them, rather than from them) or that Andy some how got the exact same one after the events of Up (which we can see in the image below). 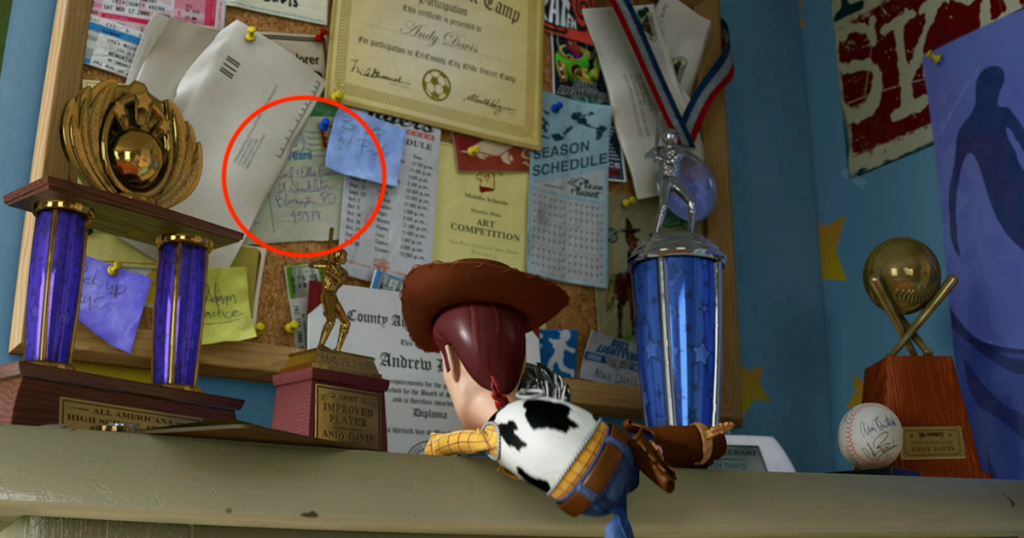 The easter egg is a great connection between the two movies, and has all kinds of implications for the potential relationship between characters from two of Pixar’s biggest movies. The only problem is, the so called easter egg isn’t actually in the movie, despite the Pixar quality screenshots claiming otherwise. The actual screenshot form the movie is below, and shows a different camera angle, and a number of differences on Andy’s notice board.

Only adding to the confusion, the easter egg has been featured on sites like BuzzFeed (a lot), is in a number of sites ‘top easter eggs’ lists, SuperCarlin brothers have a video that talks about how it connects to the Pixar theory that has been viewed over two and a half million times, and it’s commonly regarded as one of the best Toy Story 3 easter eggs over all. 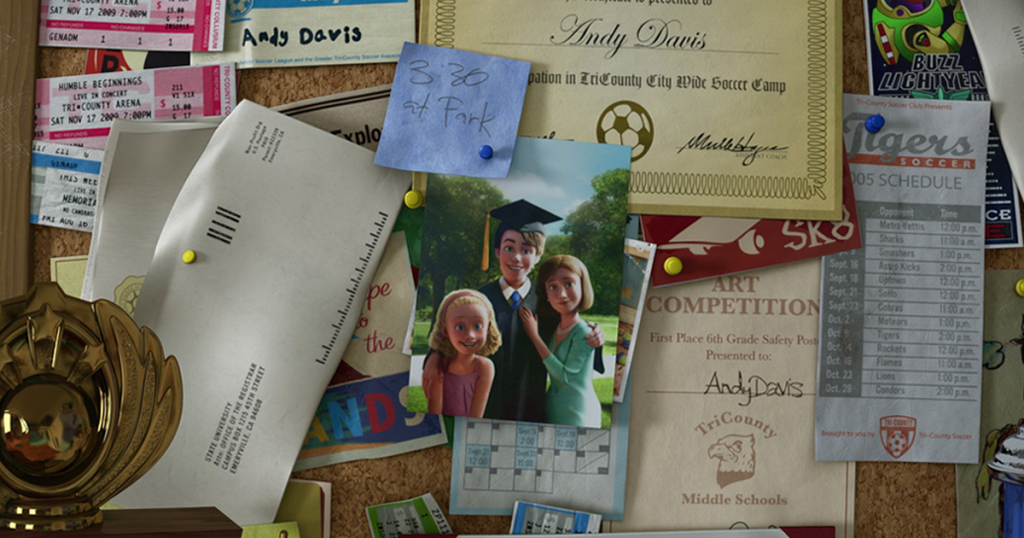 And so I started writing this post out of genuine confusion (and thats an odd thing to say about a movie that’s been out for seven years), because even when you google it, the image is all over the place and it’s far too convincing to be a fake. But if you search if it’s some kind of hoax, next to nothing comes up only adding to the confusion.

In the past twenty four hours I’ve watched a dvd copy, blu ray copy, the iTunes version, an on-demand version, multiple youtube clips, searched every screenshot of the movie I can find, and can’t see it at all, I’ve even watched numerous Pixar videos on Toy Story, and it’s top easter eggs with no success. I then entered what can only be described as a weird state of ‘Pixar distrust’ where I wanted to verify and screenshot every single other Pixar easter egg I’d heard of, just to check if they’re really there, until I finally worked it all out. 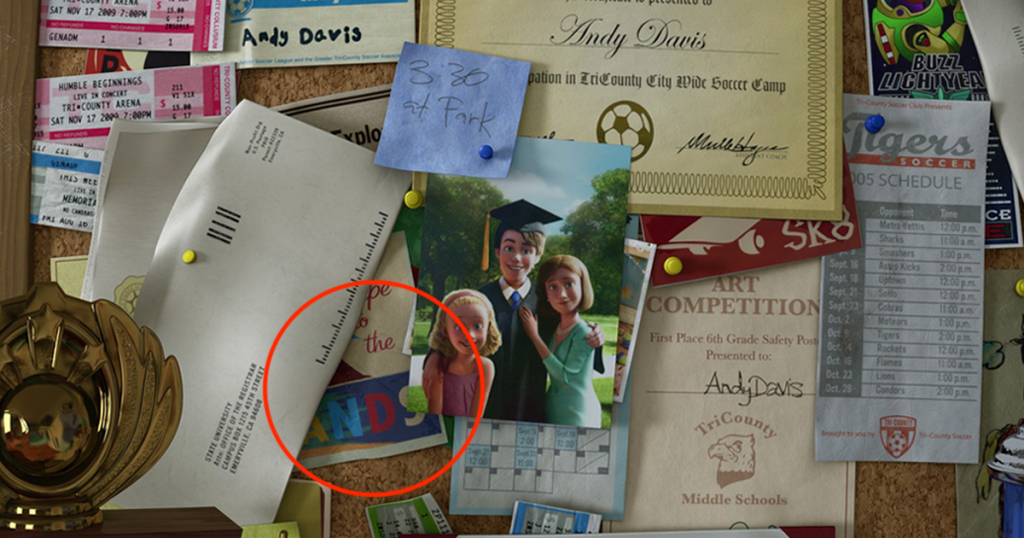 It looks like the reverse side of the postcard, that names Ellie and Carl, definitely isn’t in the final cut of the movie, with even the angle of the shot in Toy Story 3 being a little different than the much publicised screenshot, BUT it does show up in a trailer or two (you can see it in this trailer Here – posted on the official ‘Disney Movie Trailers’ Youtube Chanel).

This implies that it was perhaps in an earlier version of the film (hence the Pixar quality screenshots), but is no longer in the final film. Then when you look closely at the slightly different notice board in the actual movie (which you can see above), you can see what looks to be a very similar postcard, also showing off a beach scene and saying ‘Islands’ or at least the ‘ands’ part of it, but no sign of the Ellie and Carl part. 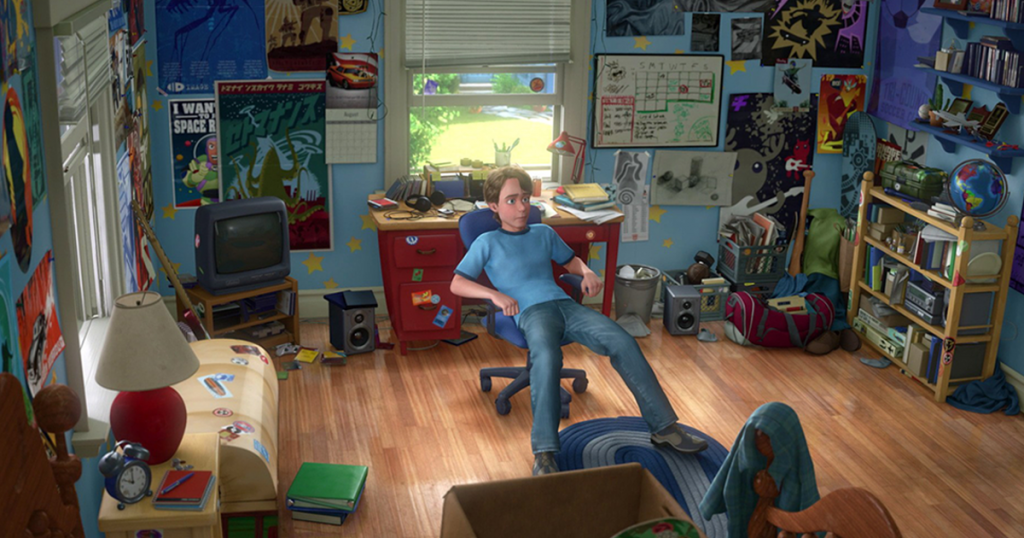 The ‘Ellie and Carl’ part of the postcard being in an earlier version of the film makes a lot of sense as it isn’t the only thing that is different about the board, the soccer schedule to the right has switched from a Pizza Planet Schedule, to ‘Tiger Soccer’ one, and other details are slightly different, so it would of been a pretty elaborate (and very impressive) hoax if it turned out to be a fake.

And so all we can say for definite is that there is a very similar postcard to the one in Up in Toy Story 3, implying that both Ellie and Carl, and Andy, where sent a postcard from the same place, but there isn’t anything saying it’s the exact same one (or that it has an actual connection to the Up characters), as we’d previously believed. 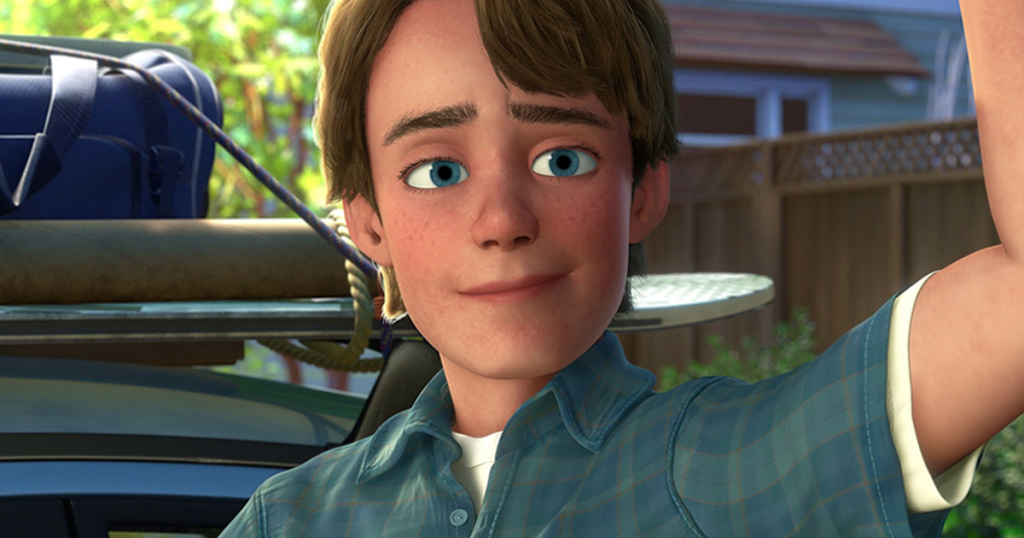 So the question of whether the postcard from Up is really in Toy Story, gets an almost cop out of an answer, ‘a’ post card that appears in Up is in Toy Story, BUT it’s not ‘the’ postcard that the screenshot we’ve seen all over the internet makes out. That screenshot never actually features in the movie at all. There is every chance it was simply there as an early place holder while the final assets for the notice board were created, or even that the production team at Pixar decided it would of been too hard of an easter egg to explain, either way an easter egg that I (and many others) have long thought connected two of Pixar’s best movies turns out to be much more of a visual easter egg rather than one that specifically links the characters from Toy Story to those in Up.