Generally speaking, the more things are said the more we seem to accept them, and possibly even take them for granted, especially in pop culture. The Force Awakens was a great movie, but it undeniably had a very similar plot to A New Hope, and in the three years since the movie’s release that has been pointed out more and more, resulting in it being a huge part of the movies’ legacy and often one of the first things people point out. This can be seen time and again, in particular when looking at things as ‘good’ or ‘bad’, the actual details of what makes them one or the other fade from memory and we begin to accept something as what we believe to be, sometimes forgetting why exactly we think that way. 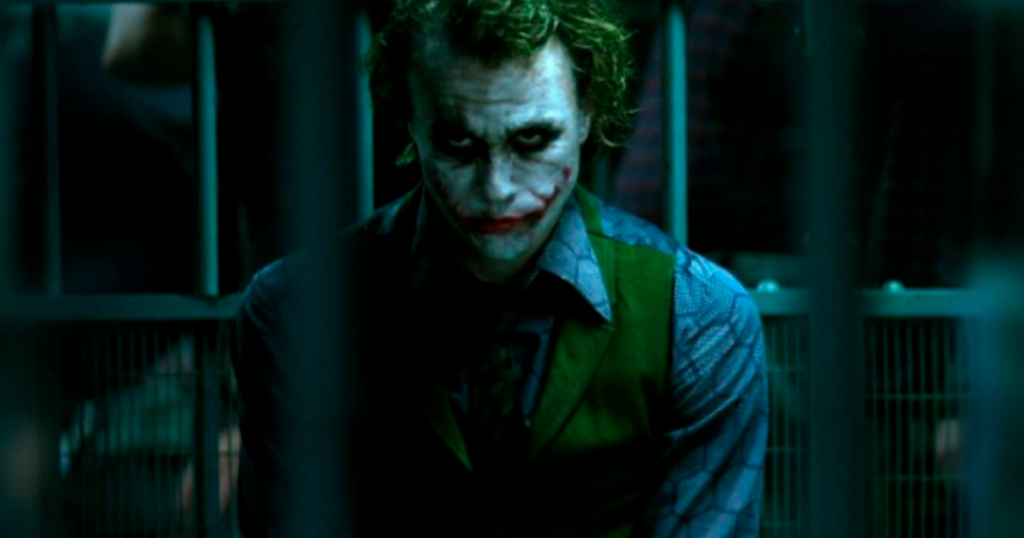 Perhaps one of the biggest examples of this (for me a least) is Heath Ledger’s turn as the Joker in 2008’s Dark Knight. It’s worth noting that I’m a huge Batman fan and have seen all of the Nolan films a lot of times, but it’s been some time since I’ve properly sat down and concentrated on Dark Knight, and when I did I couldn’t help but be blown away by Heath Ledger’s performance all over again. As something we’re so familiar in claiming to be the ‘best’ Joker, there is I’d found myself taking that fact for granted, rather than actually looking at what it is that makes him so great.

In a world filled with almost countless Superhero movies (which the Nolan Trilogy had a large part in setting up), the line between pleasing fans of the source material, and translating these comic book characters into a believable (and enjoyable) film for newer fans is always a difficult one to stick with. The Nolan trilogy perhaps stands out more than any other as it totally reimagines Batman and his world into a very realistic version of the hero (or at least as realistic as a billionaire dressing up as a bat and fighting crime can be).

This subversion from what we’ve seen before is perhaps best personified in the Joker himself who, through a brilliant combination of what we know from the comics, Nolan’s take on this grittier more realistic version of Batman’s world, and of course Heath Ledger’s own influence, becomes so much more than any live-action Joker before (or since). 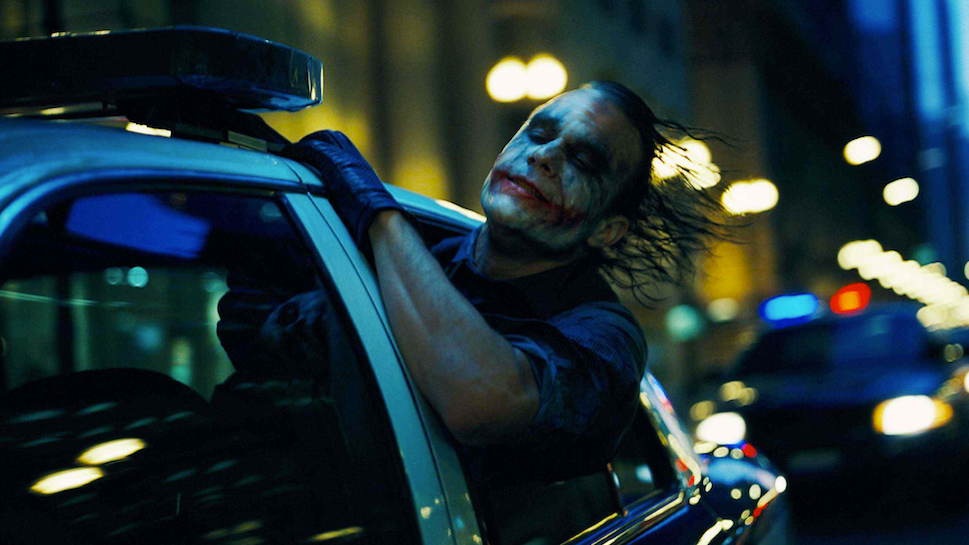 Even on a visual basis Ledger’s Joker stands out, he, of course, has the purple suit, the white face paint, the green hair, the bright red lips, and the wide smile that any Joker needs, but there is so much more to it. The practicality and execution of this Joker’s style, from the cuts on his face down to the roughly put on makeup and his green hair gives you a clear sense of who this Joker is before you even see him in action.

In addition to the originality and unique look of Ledger’s Joker, you really can’t give enough credit to his performance, Joker steals literally every scene he is in, combining a lot of quick jokes with unsettling mannerisms and a sinister vibe that means he controls every room he enters. Ledger’s Joker is chaos and performance combined with a damaged, and dangerous individual all totalling to an incredible interpretation of the Clown Prince of Crime, that works on a huge number of levels and proves to be the perfect foe for Bale’s Batman.

When you think back to the actual scenes in Dark Knight, nearly every one of Joker’s sequences is now an iconic part of who the Joker is to modern pop culture. From the opening bank robbery scene that perfectly shows his genius, ruthlessness, and meticulous planning, to his crashing of Bruce Wayne’s fundraiser for Harvey Dent, where we see the Joker and Batman interact for the first time. Absolutely every time we see him the performance owns the screen and the twisted relationship between Batman and the Joker (how different, and yet similar they are) plays out beautifully throughout the movie.

As a whole, the Nolan trilogy explores the ideas of fear, perception, control and chaos throughout, but perhaps none more so that the Dark Knight which highlights all of them, often as a direct result of the Joker’s actions. Put simply as much as the trilogy is Batman’s story, The Dark Knight is really Joker’s movie, he excels at every turn and Heath Ledger created a perfect Joker for Nolan’s world. Of course, the performance is still shrouded by Heath Ledger’s tragic death in 2008, months before the movie was released, and before he got to see the widespread critical acclaim that it holds to this day. Ledger won a posthumous Oscar for his performance in the movie and quite literally made movie history with not only one of the best interpretations of the Joker but one of the best performances of all time. 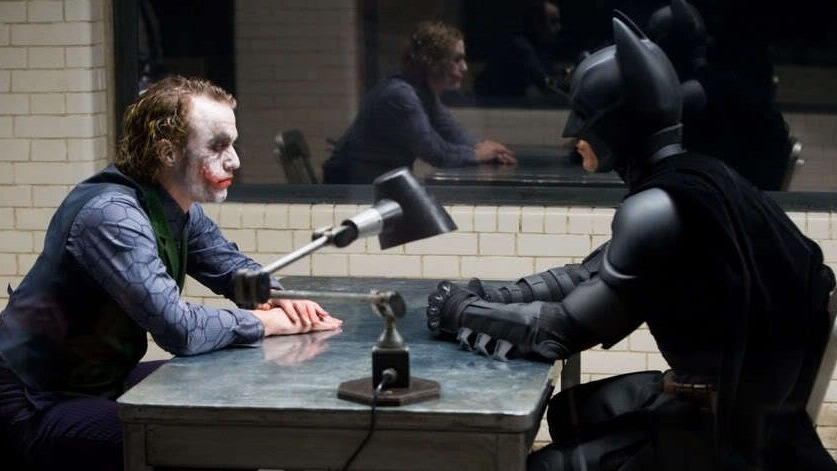 Over ten years on from the movie and Ledger’s incredible performance, it’s safe to say that his turn as the Joker will likely never be matched in live-action. Even if someone else manages a more comics accurate version, a great live-action adaptation of seminal Joker stories like the Killing Joke, or something totally different, there will always be something to Ledger’s Joker that makes it stand out as brilliantly original, intimidating, and funny all at once. 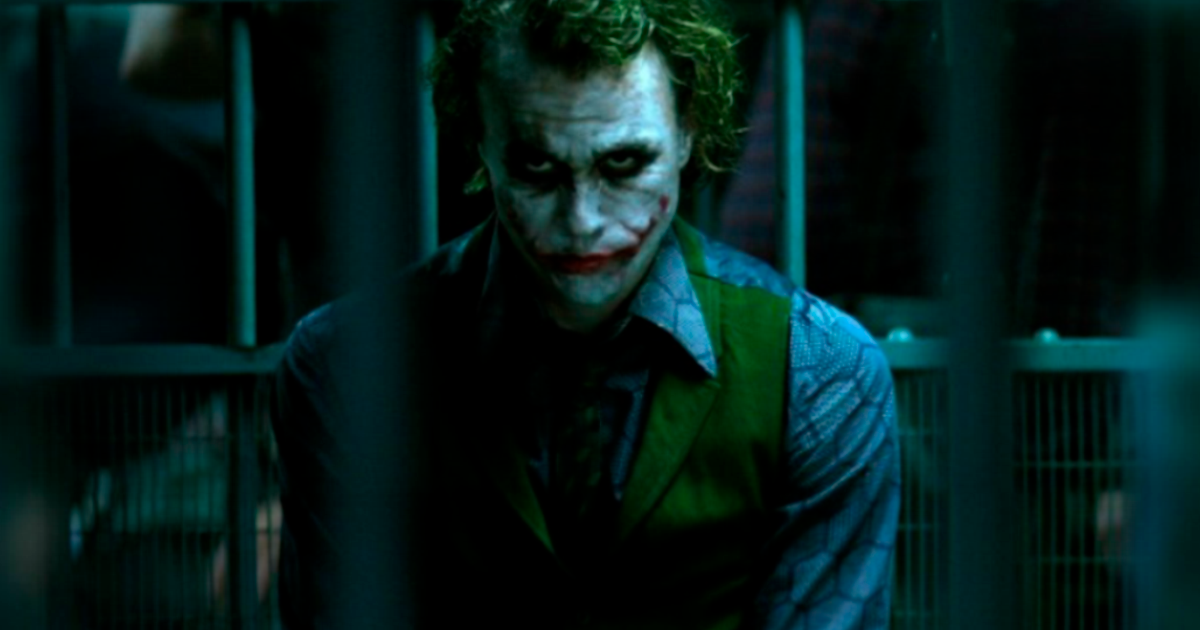 8
April 5, 2018
Previous articleDeadpool 2: Cable and the X-Force Explained
Next articleLost in Space Review