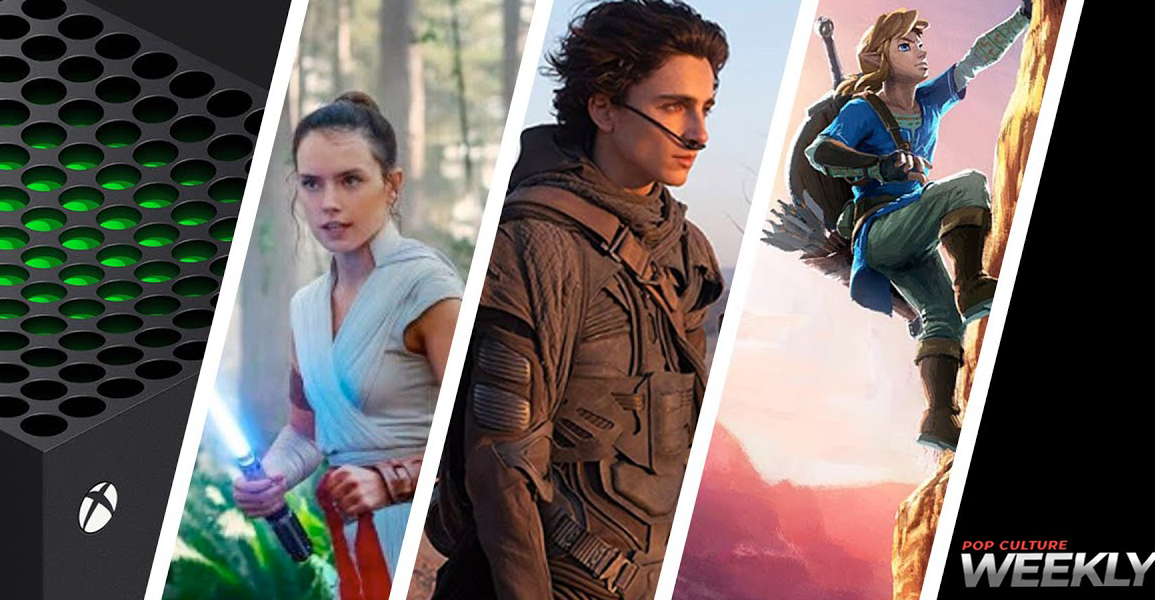 In the Pop Culture Weekly Episode 2, Josh takes a look at the next-generation Xbox, Daisy Ridley’s comments on Disney’s plans for Rey, Colin Kaepernick’s return to Madden, rumours of a Borat sequel, delayed movies, new trailers, and much more…

Other stories this week include a Dalek animated series and more information on the Doctor Who Timelord Victorious event, Hyrule Warriors Age of Calamity, a prequel to Legend of Zelda Breath of the Wild is coming soon. The first Dune trailer is finally released, The Walking Dead is coming to an end, but announces another new spin-off, Ubisoft holds their second online Ubisoft Forward event that addresses some recent issues at the company.

There is also Mission Impossible 7 teases, news on the dramatic Fresh Prince of Bel-Air reboot and the Shazam! sequel, Shazam! Fury of the Gods, the future of Venture Bros. is in doubt, Ewan McGregor shares some thoughts on the Disney + Obi-Wan series, the Nicholas Cage Joe Exotic Tiger King Show continues development, Wonder Woman 1984 is delayed yet again, and much more!