2008 was undeniably one of the greatest years for superhero films, with Christopher Nolan’s seminal ‘The Dark Knight’ and the start of the MCU in Jon Favreau’s Iron Man. Where the Dark Knight would take the mantle of being the best Batman movie of all time, but only result in one sequel, Iron Man went on to launch an entire cinematic universe.  In the years since that universe has changed superhero movies and cinema forever. Looking back over a decade later, the first Iron Man doesn’t have nearly as many secrets as it’s successors, but in our post (and video) on Iron Man’s Best Easter Eggs, References, and Cameos we take a look at how it laid the foundation for countless more movies to come. 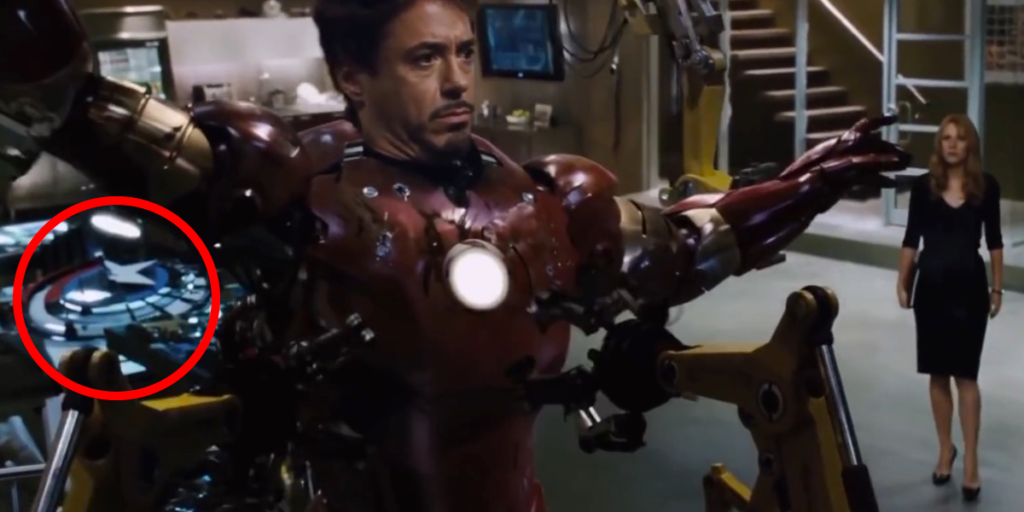 The opening scenes of Iron Man quickly establish Robert Downey Jr. as the perfect choice for Tony Stark, and in a matter of minutes showcase who he is, why he is that way and teases the hero he will become. After being attacked Stark is kidnapped by a mysterious group who want him to rebuild one of his latest weapons for them.

The group’s insignia is that of ‘The Ten Rings’ from the comics, and Yensin later names them as such. In the comics, the group is led by the Mandarin, one of Iron Man’s biggest enemies, a version of whom would later feature in Iron Man 3. A further reference to the Mandarin comes when Faran Tahir’s ‘Raza’ talks about Ghengis Kahn, who in the comics is one of the Mandarin’s ancestors. 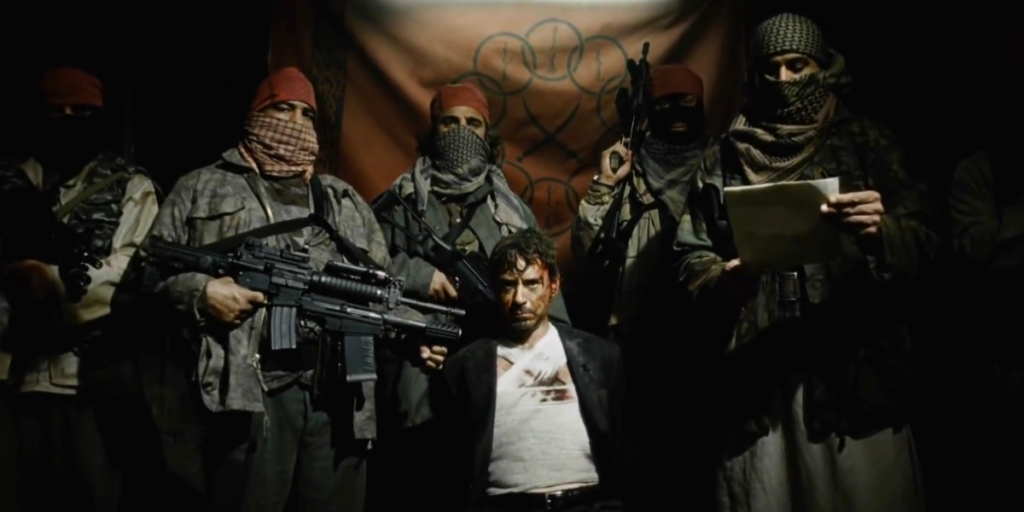 Leslie Bibb’s Christine Everhart confronts Tony Stark early in Iron Man, asking if he knows anything about the suspected use of his weapons by terrorists. He denies the accusations and in true Tony Stark style manages to seduce Everhart instead. Bibb returns in both Iron Man 2 and 3, but interestingly the character wasn’t created just for the movies. In the comics Everhart is reporter just as she is in the movie, except rather than working for Vanity Fair, she works alongside Peter Parker at the New York-based Daily Bugle. 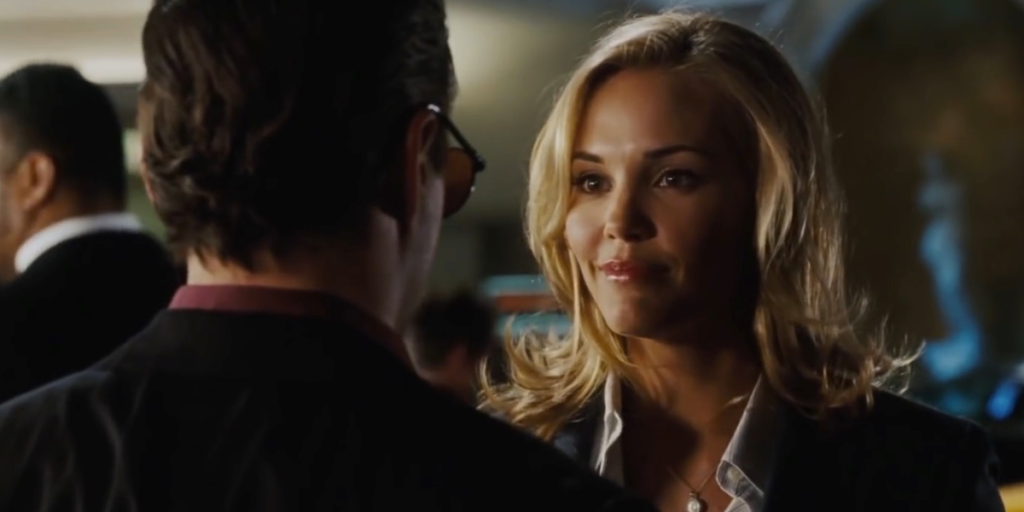 During the plane scene, where Tony’s air hostesses become strippers, Ghostface Killah’s “Slept on Tony With Dirt” can be heard. What could seem like a clever nod to Tony actually goes much deeper as Ghostface Killah is a huge fan of the iron-clad superhero in real life.

At different times the rapper has gone by the names  ‘Ironman’ and ‘Tony Starks’, and his first solo album was called ‘Ironman’. Ghostface Killah also filmed a cameo for the movie but the scene was deleted for the final cut. 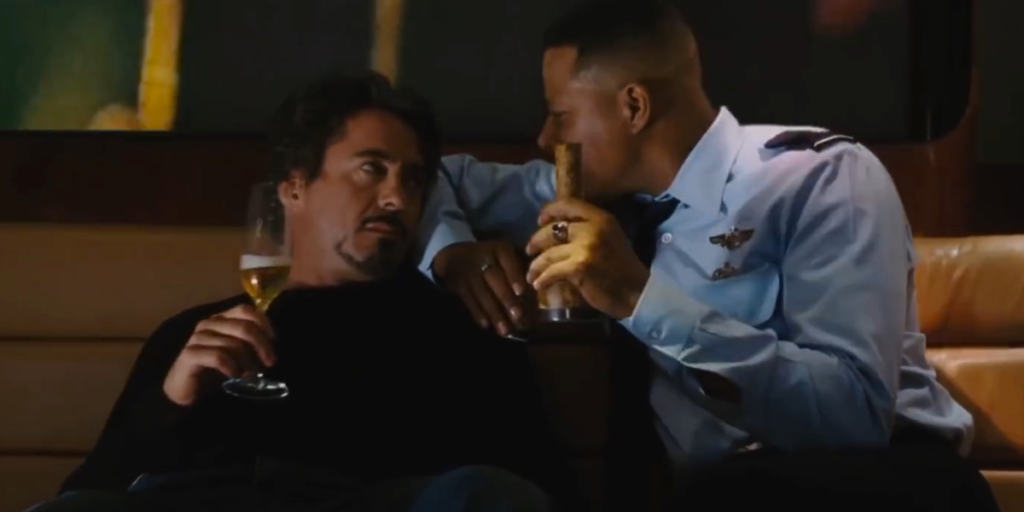 Although the 2008 movie was the first live-action version of Iron Man to be put on screen, an animated version first arrived in the 1960s. Iron Man had a recognisable musical theme, which gets a few references throughout the 2008 version. The most notable homage to the theme tune comes when Tony calls Rhodey whilst trying to escape the US Airforce Jets. Rhodey’s ringtone is a midi phone version of the animated show’s theme. 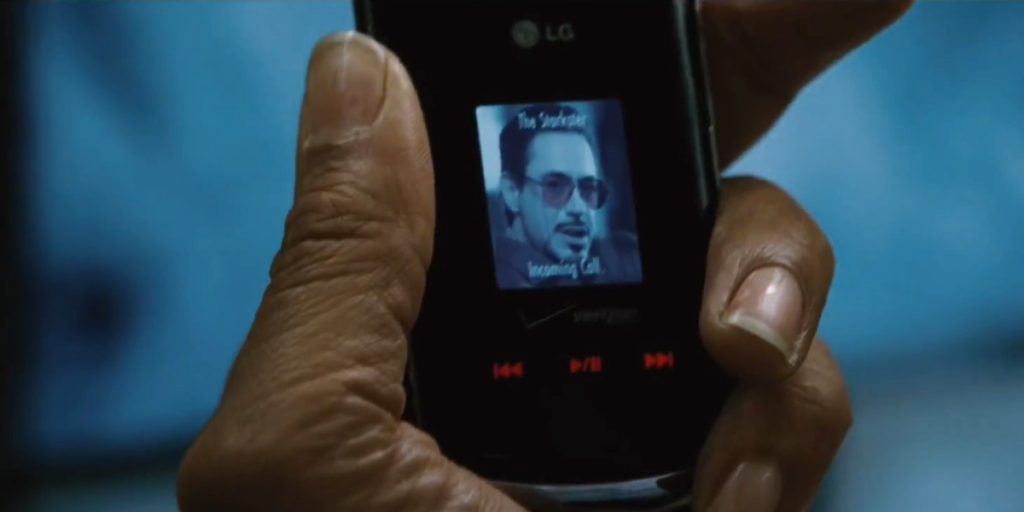 The Iron Man villain Whiplash would star as one of the antagonists in 2010’s Iron Man 2, but gets a nod in its predecessor during a scene that sees Tony chased by two US Airforce Jets. As the scene unfolds the Pilot’s callsigns are revealed to be “Whiplash 1” and “Whiplash 2”. 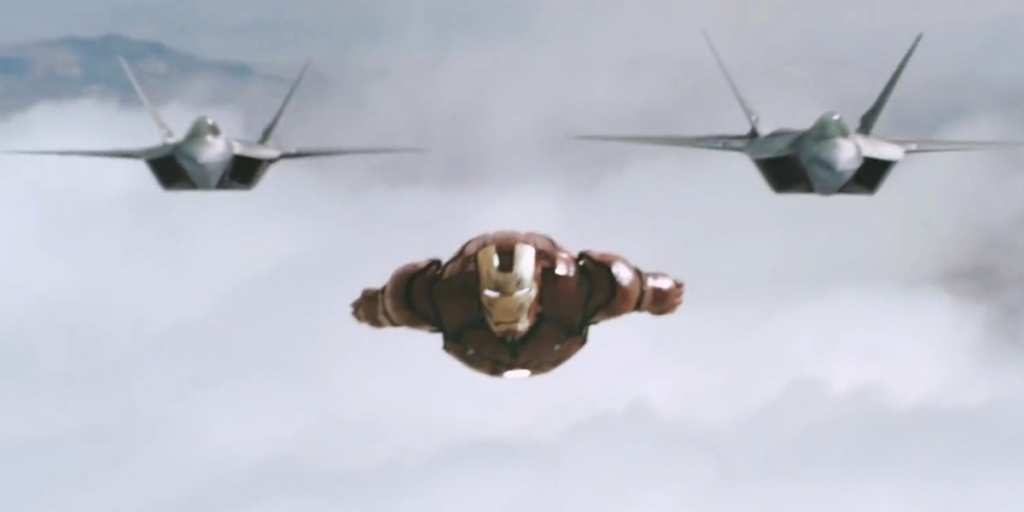 During Tony’s first test flight of the Mark II suit, after it freezes up he recovers at the last second at races across a city street. He passes a poster with some art of Fin Fang Foom, a mystical dragon-like creature with a long comic book history. Fin Fang Foom features in the Iron Man: Viva Las Vegas miniseries from 2008, which was also written by the director of the movie Jon Favreau. The art on the poster is the work of Aid Granov, who did the art for the comic. 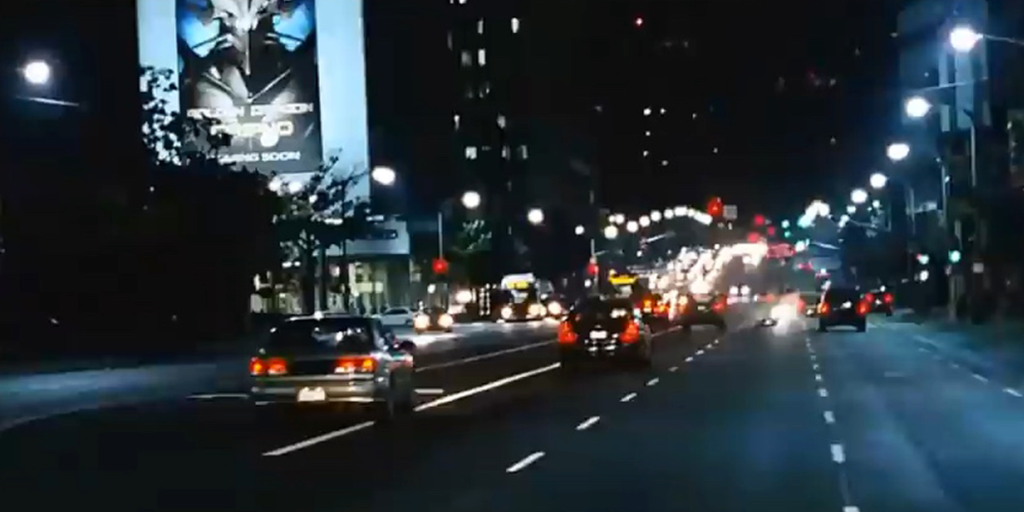 Whilst Pepper Potts discovers Tony attempting to remove the Mark III suit, a partially constructed Captain America shield can be seen in the background of Tony’ Workshop.

Director Jon Favreau described the shield which makes a full appearance in Iron Man 2 as “in one shot in the last film, an [Industrial Light and Magic] artist put it in there as a joke to us for our cineSync sessions when we’re approving visual effects. They got a laugh out of it, and I was like, ‘Leave it in, that’s pretty cool let’s see if anybody sees it”.

In the comics, Obadiah Stane is obsessed with Chess and utilises his skill at the game to become a ruthlessly effective businessman. This fondness for the game leads to his creation of ‘the Chessmen’ a team of operatives equipped with weapons and armour related to their equivalent Chess piece.

Including the Chessmen in the first entry of a series set on adapting the comic book world into the real one may have been a little far fetched, and so they were omitted from the film. But a reference to Stane’s love of chess and his Chessmen comes in the brief scene of Obadiah at his home.

Symbolically Stane’s house is filled with ornate items and is very dark, contrasting with Tony’s open, light and relatively plain white beach house. In front of Stane, as he watches Rhodey’s announcement of a military testing mishap (the cover for Tony’s encounter with Whiplash I and II), is a large Chess set and he’s wearing a checkered dressing gown. 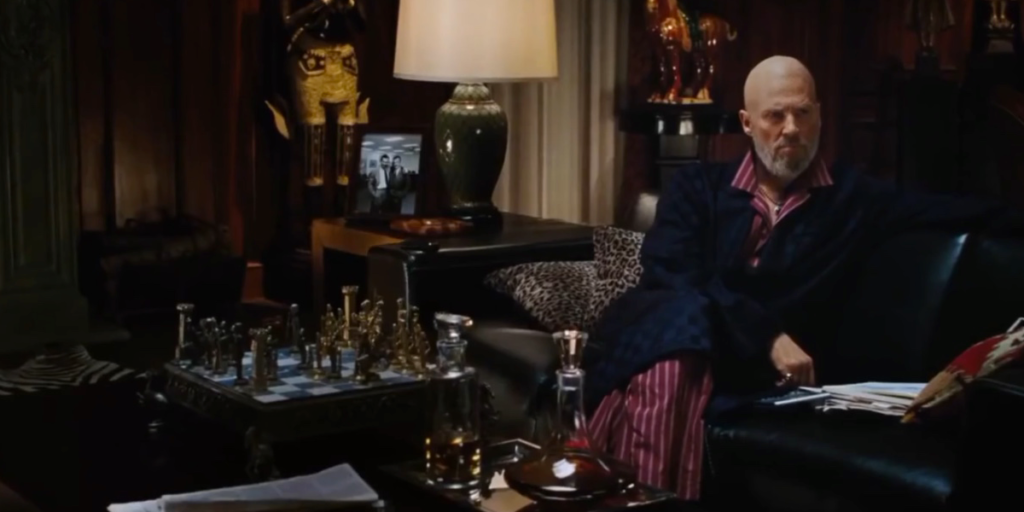 In the scene where Obadiah is playing the piano in Tony’s house, he is playing Antonio Salieri’s Piano Concerto in C. Salieri and Mozart were famous rivals, although seemingly friendly in real life, rumours persisted of Sallieri being extremely jealous of Mozart, and playing a part in Mozart’s premature death leading to the symbolism of Obidiah and Tony. 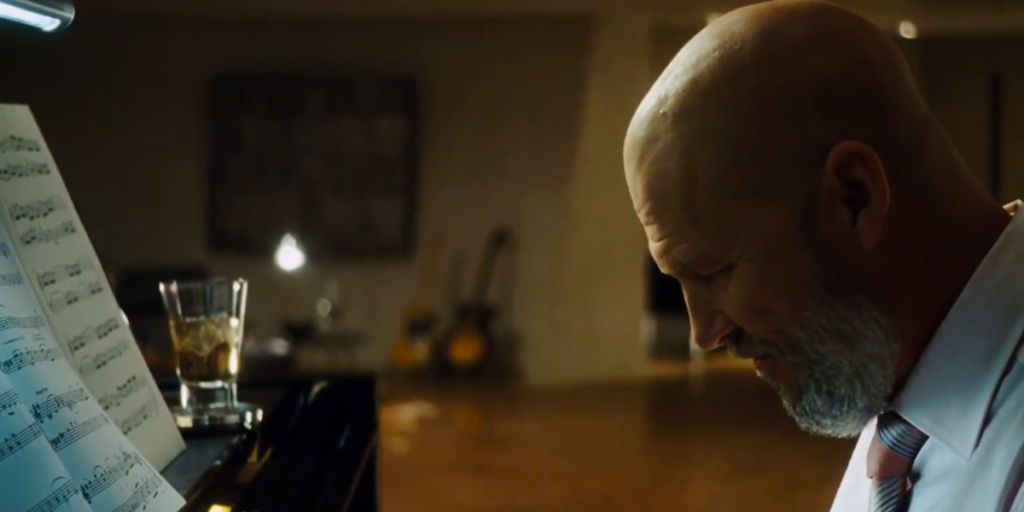 When designing the Mark III suit, the original colour (after altering the suit to better handle the temperature drop in higher altitudes) is bright gold. Tony mentions the gold may be a little ostentatious, so adds some Hot Red Red to make it more subtle. The completely golden suit is a reference to Iron Man’s appearance in Tales of Suspense #40 (one issue after his debut in #39). 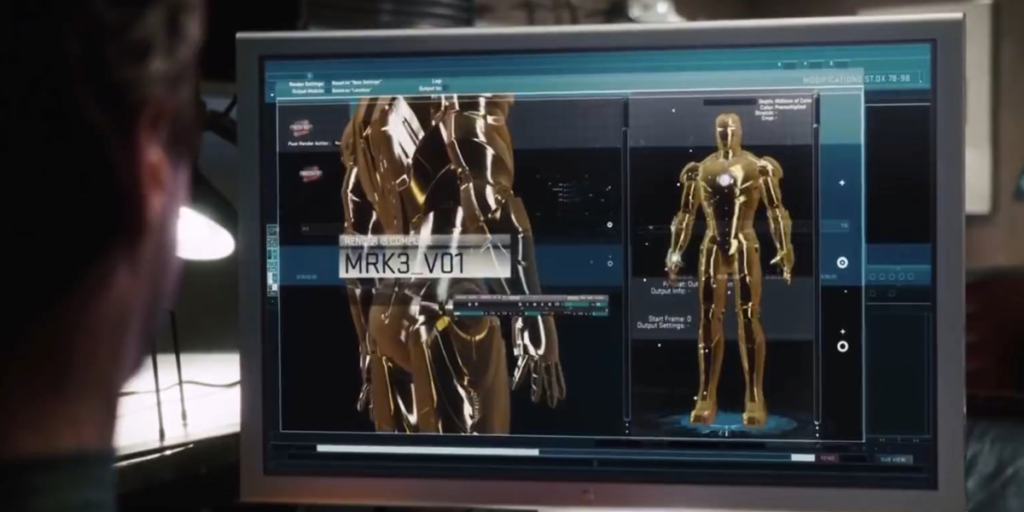 The great Stan Lee famously co-created some of Marvel’s most popular characters, including Spider-Man, the X-Men, the Fantastic Four, Daredevil, Doctor Strange, Ant-Man, and of course Iron Man. Lee had already had several cameos already, but his first of many in the MCU comes when Tony mistakes him for Hugh Hefner, thanks to the purple smoking jacket. 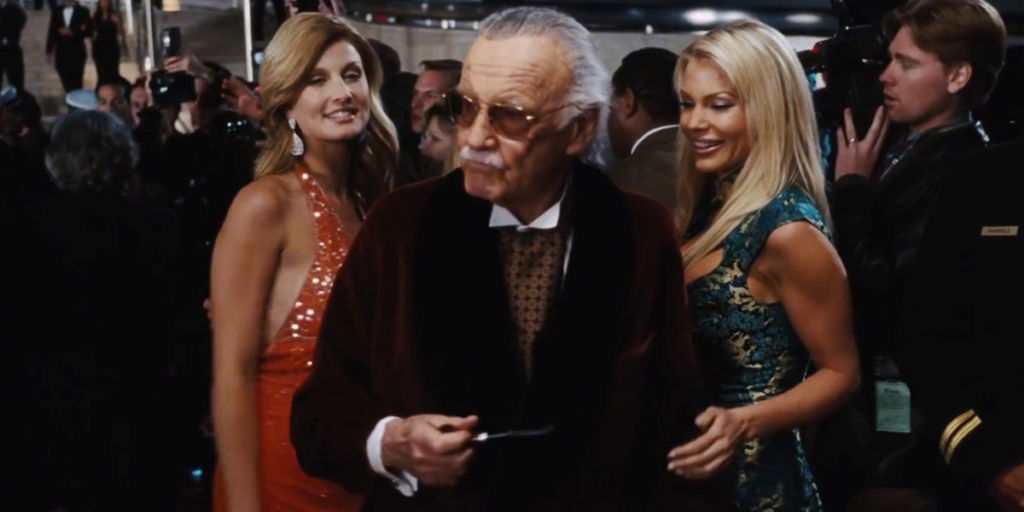 An actor famous for many high profile movies Jeff Bridges is almost unrecognisable in Iron Man as Tony Stark’s adoptive father figure and eventual villain Obadiah Stane. In an ode to one of his most iconic roles as “The Dude” in The Big Lebowski.

When Pepper Potts steals Obidiah’s files from Stark Enterprises, one of the ships that transported some of the Stark missiles was named ‘MSC Lebowski”. Another is called the “MSC Jules Verne”. 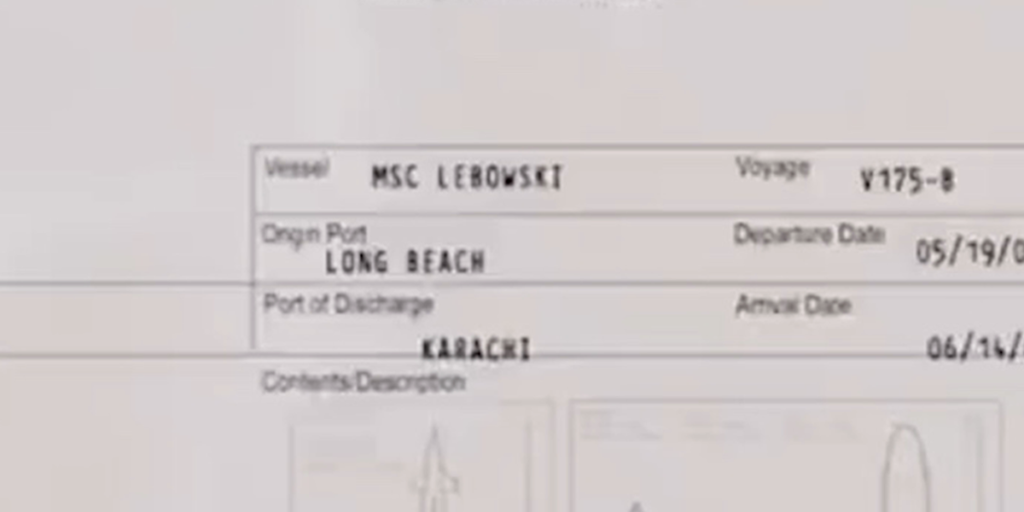 Terrance Howard’s James ‘Rhodey’ Rhodes is a key supporting character throughout Iron Man and goes on to play a huge role in the rest of the MCU, where he is instead played by Don Cheadle (after apparent contract disputes).

Rhodey’s future role as the superhero War Machine, a more militarised version of Iron Man, is foreshadowed by Rhodey looking at the silver Mark II suit and saying “next time baby”. A blueprint for War Machine can also be seen during the closing credits sequence. 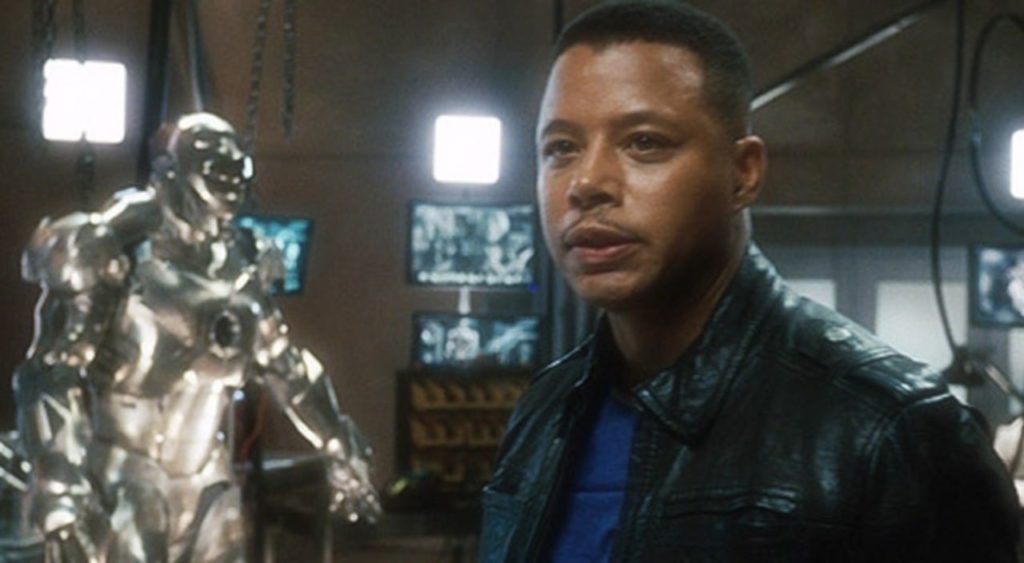 Roxxon is one of those companies that always seems to be in the background of the Marvel Universe, be that in video games, comic books or the movies. In some storylines, they are the just a generic corporation dealing in everything from oil to weapons, and in others they are involved in some crucial events like the death of Tony Stark parents. The Roxxon company has appeared in all corners of the MCU from tv shows like Agent Carter, and Agents of S.H.I.E.L.D, to the Netflix side of the MCU with Daredevil. But it’s the first appearance came in the original Iron Man, where a  Roxxon building is visible during the confrontation between Iron Man and Iron Monger. 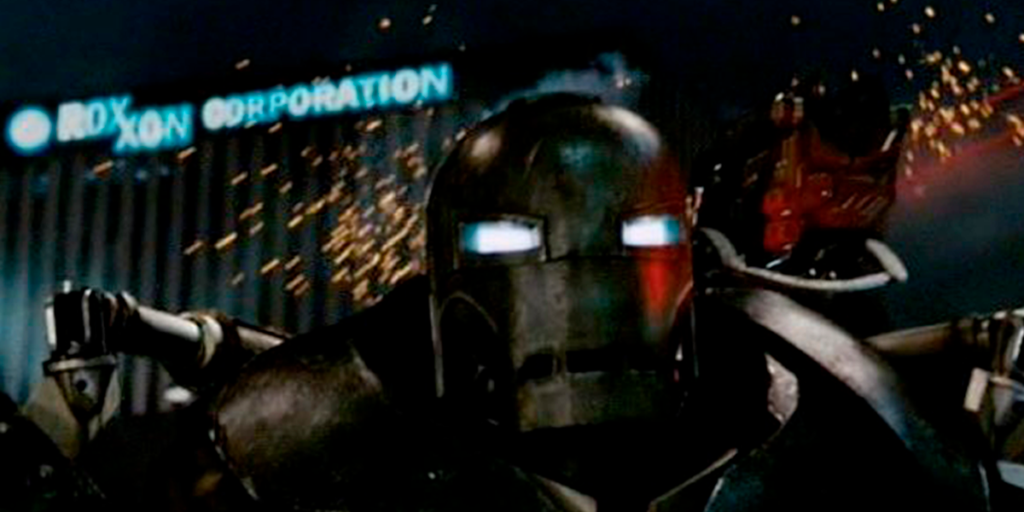 In the first big hint of a wider universe coming to the big screen, the first MCU post-credits scene (a trope for which they are now famous) sees Samuel L. Jackson debut as Nick Fury. In the scene, Fury mentions other superheroes to Tony Stark, and states that he is there to discuss the Avengers Initiative. 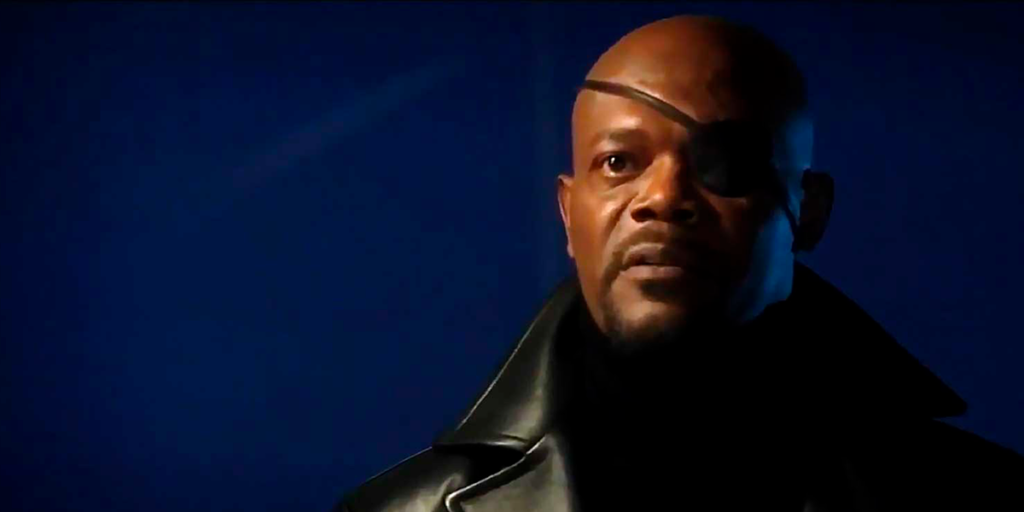 Although the original scene is now iconic and teased much of what was to come for the MCU, a recently released alternate version shows how much cooler it could have been. In this alternate version Fury refers to the Hulk, Spider-Man, and the X-Men, which was likely cut due to the on-screen licensing rights of those characters not belonging to Marvel (at the time). 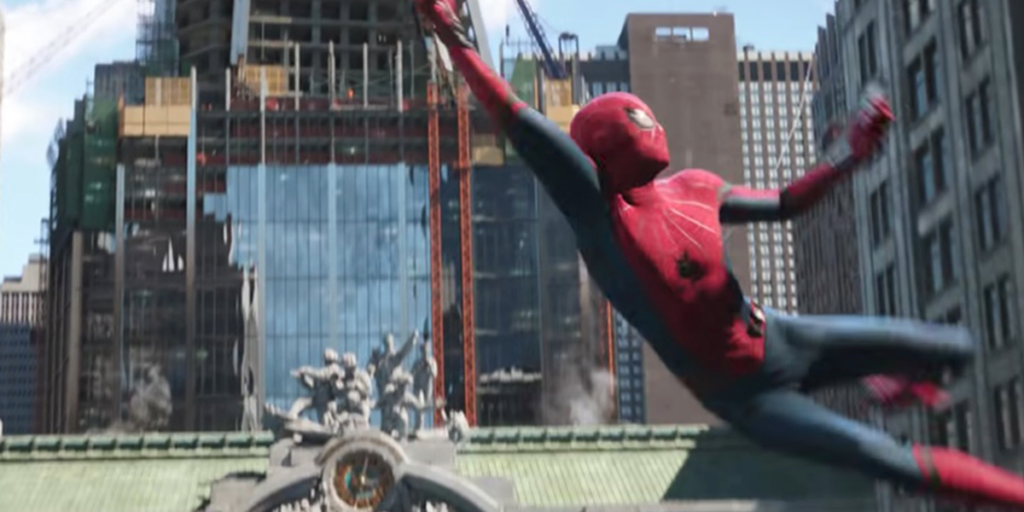 To see the actual scenes from the movie don’t forget to watch the video version of Iron Man’s best Easter Eggs, References, and Cameos HERE, and for more Easter Egg posts makes sure to like The Opinion Arcade of Facebook and Twitter, and Subscribe on YouTube. 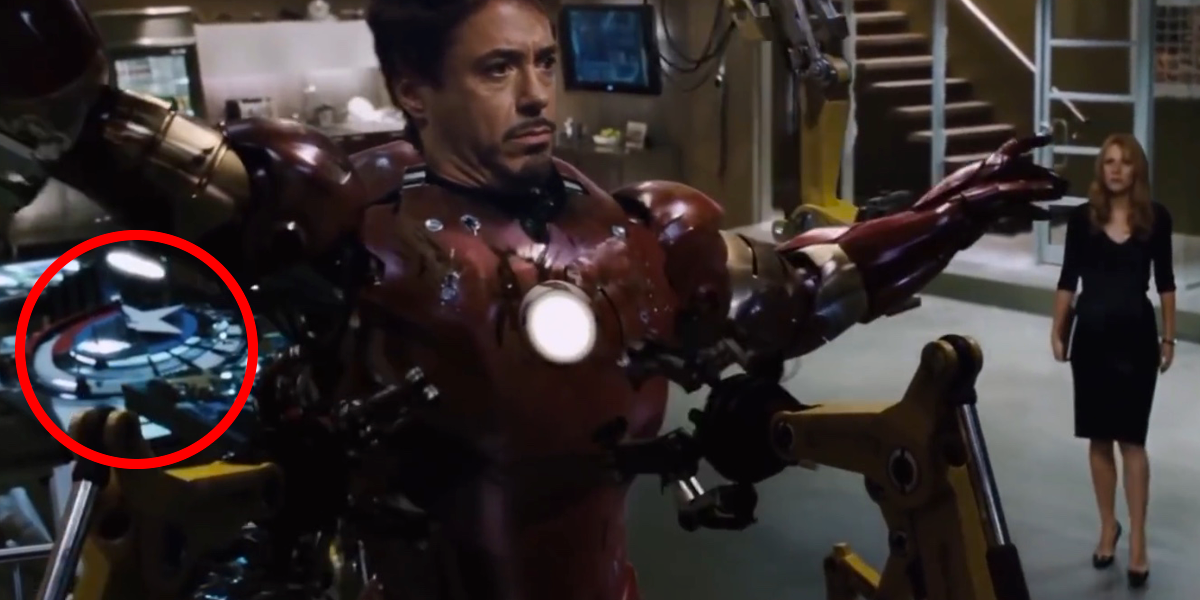 January 11, 2020
Previous articleHow Dracula Reimagines the Centuries-Old Vampire for a Modern Audience
Next articleThe Rise of Skywalker’s New Twist on the Link Between Kylo Ren and Rey Explained