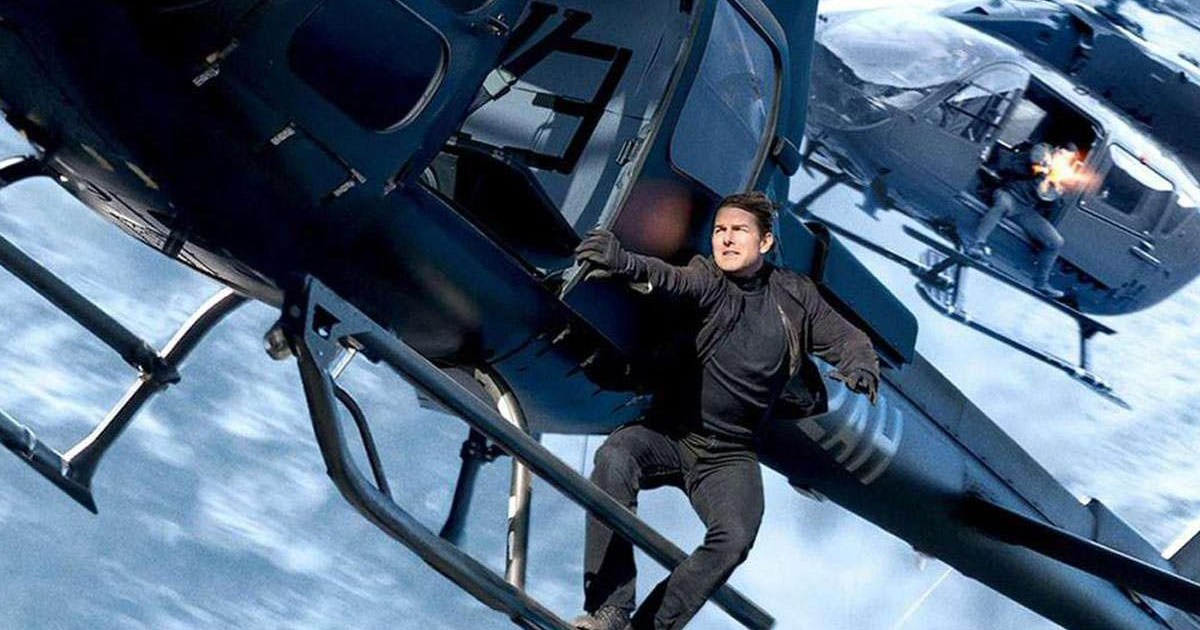 How to Make a Mission: Impossible Movie

As with any long running franchise Mission: Impossible is known for a certain style, and that style revolves around a number of tropes, twists, and turns that are in almost every movie, adding up to what makes them so ‘Mission: Impossible’. What makes the Mission: Impossible franchise so durable, is how it constantly reinvents these tropes, subverting expectation, and ensuring they always (or mostly) feel fresh and different each time. With the franchise releasing it’s sixth movie twenty two years after the first (and showing no signs of slowing down), the signature ingredients (and reinventing them) have only become more and more essential to the franchise. 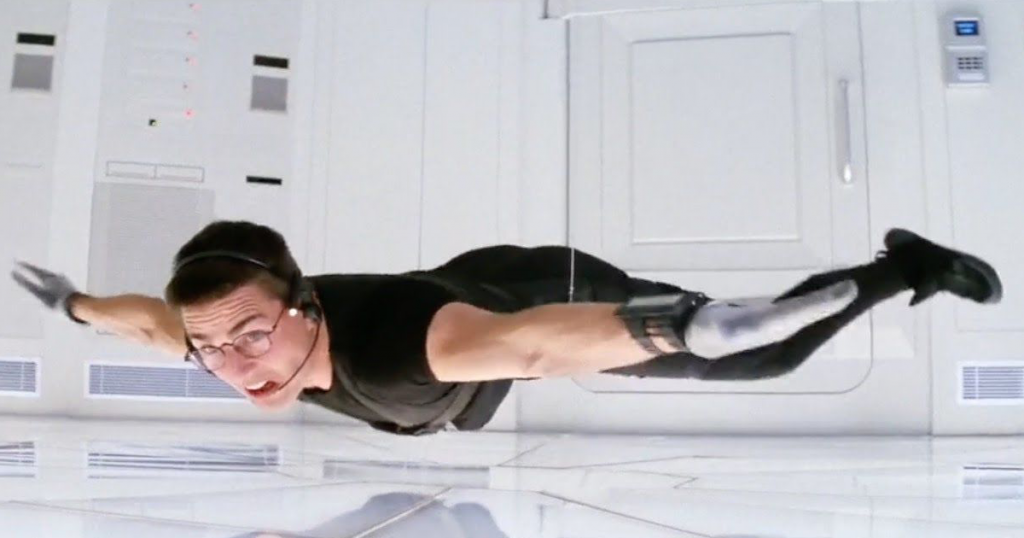 The first thing any Mission: Impossible movie needs is it’s leading man, namely Ethan Hunt, and more specifically Tom Cruise as Ethan Hunt. Hunt has been the star of the series since the first movie in 1996 (replacing Jim Phelps, the main character in the original tv show). As the centre point of the entire series Hunt has gone on to endure all kinds of physics defying stunts, countless betrayals, lots (and lots) of running around, and has had absolutely no luck in love. 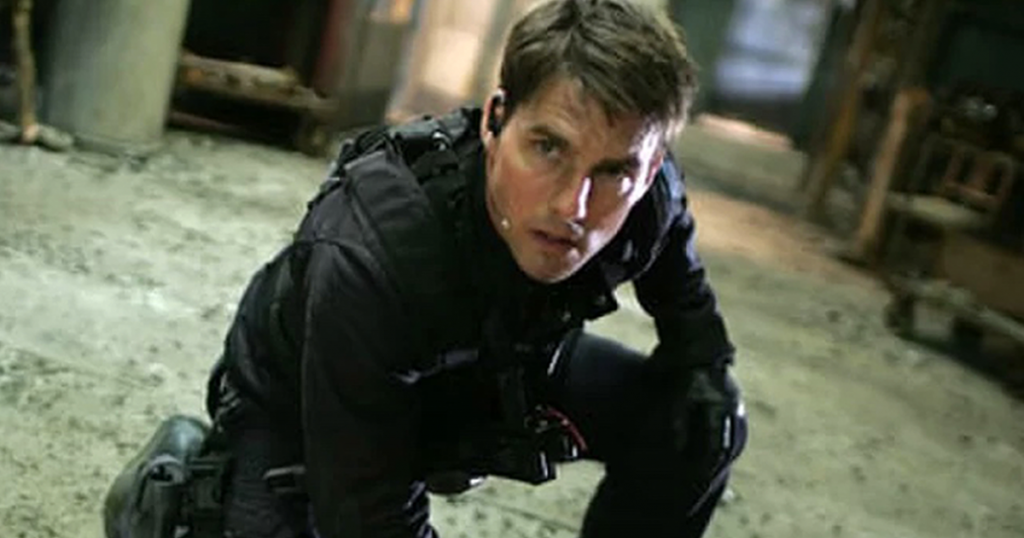 Throughout the franchise Ethan’s journey see’s him grow from the point man of his IMF (Impossible Mission Force) team, to single handedly proving the IMF aren’t terrorists and essentially running the organisation. Hunt’s character is infused with that Tom Cruise charm that ensures no matter the stakes, insane stunts, or how poor the odds are, he more often than not has a smile on his face, and almost always wins. 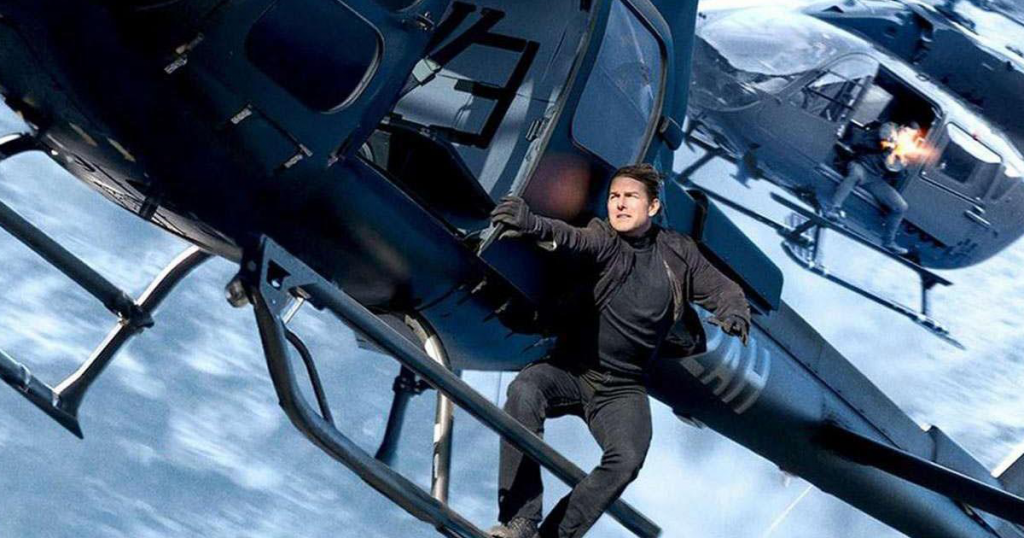 As an interesting side note, Hunt doesn’t fire a gun at all throughout the entire first movie and although he more than makes up for it in the sequels, it’s a cool nod to how capable of a spy he is.

The Support Team (a.k.a ‘Luther and the Other Guys’):

As much as Ethan is his own unique brand of bad ass, acrobatic, physics defying super spy he is almost always backed up by a support team. As the point man, Hunt needs someone with a more tech and computer related background, as well as some other agents more like himself to round out his missions. 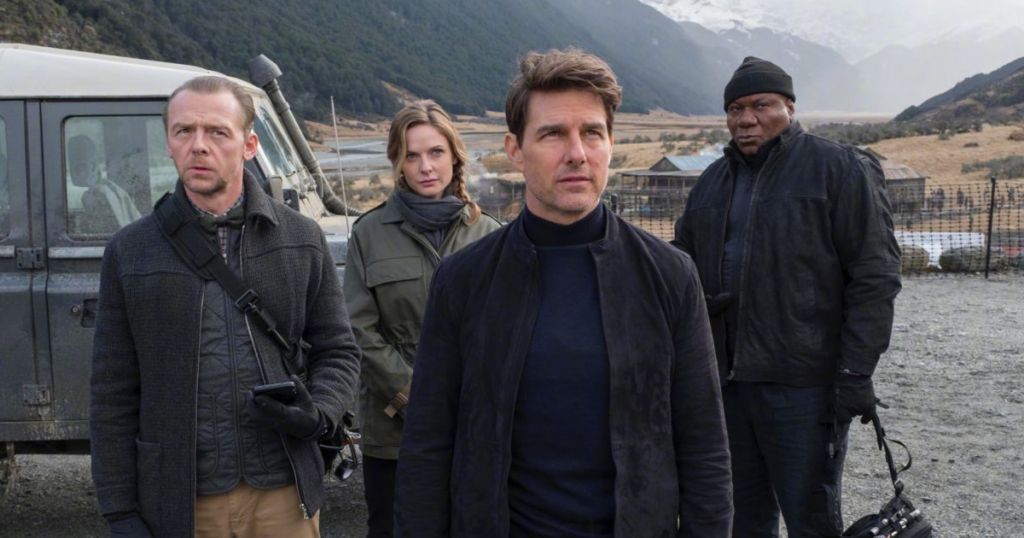 So far we’ve seen a mostly rotating cast of supporting IMF agents, and although Simon Pegg’s Benji has become a key part of Ethan’s support team ever since the third movie, the only member of Ethan’s back up team that has been there in every movie since the first is Ving Rhames’ Luther Stickell (although the fourth movie saw his least involved role yet).

Almost Everyone Turning on the Ethan:

The first Mission Impossible sees Ethan Hunt’s team of IMF agents exposed and killed mid mission, thanks to a mole within the agency. As Ethan is the only survivor (or so it seems) he is clearly the IMF’s first and only suspect for being the mole, forcing him to prove himself innocent and save the day, as any well meaning spy should do. 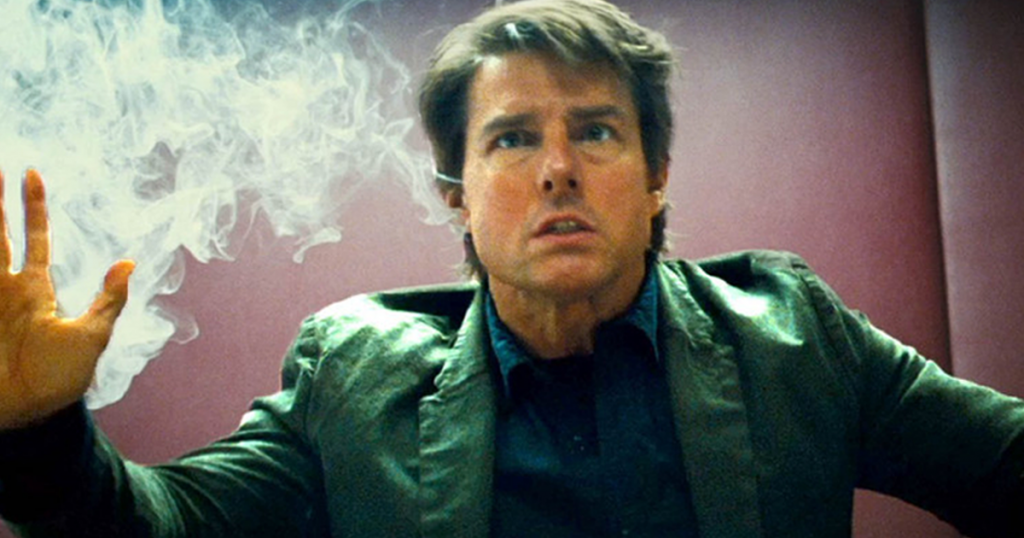 And although you’d think this act would be enough to gain Hunt some standing within the IMF as a guy who is clearly not a traitor, they (as well as the US government) have gone on to turn on him numerous times in the following movies.

After having a little break from the IMF’s distrust in Mission: Impossible II, the third movie see’s a complex web of yet another mole inside IMF. Yet again meaning Ethan is hunted down and placed on Interpol’s most wanted list, Hunt then has to prove he isn’t the traitor he’s made out to be, all whilst saving the world (and his wife). The fourth movie, Mission: Impossible Ghost Protocol takes this even further with the US president initiating the titular ‘Ghost Protocol’, shutting down and disavowing the entire IMF agency, after Ethan is set up to make it look like he orchestrated an attack on the Kremlin.

The fifth movie, Rogue Nation, then pushes the IMF and US governments treatment of Ethan Hunt to about as far as it can go, by once gain shutting down the IMF (not long after Ethan proves them innocent and brings them back) and branding Hunt an international terrorist, hunting him across the globe as he attempts to bring down the mysterious criminal organisation ‘The Syndicate’. 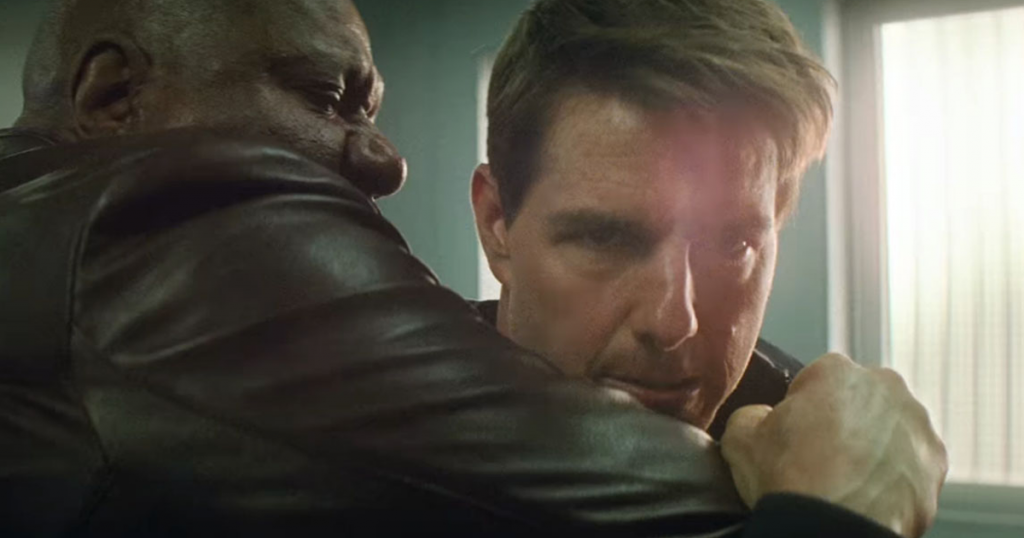 And so it seems between the US government, or the IMF itself, having Ethan Hunt’s bosses turn on him, brand him some sort of traitor, and completely fail to see what’s really going on is a key part of almost every Mission: Impossible movie.

As far as movie themes go, Mission: Impossible’s is one of the most recognisable. The first movie takes a stylised version of Lalo Schifrin’s theme from the original tv show, and has gone on to feature as the main theme for all six movies, which boasts composers such as Danny Elfman and Hans Zimmer. 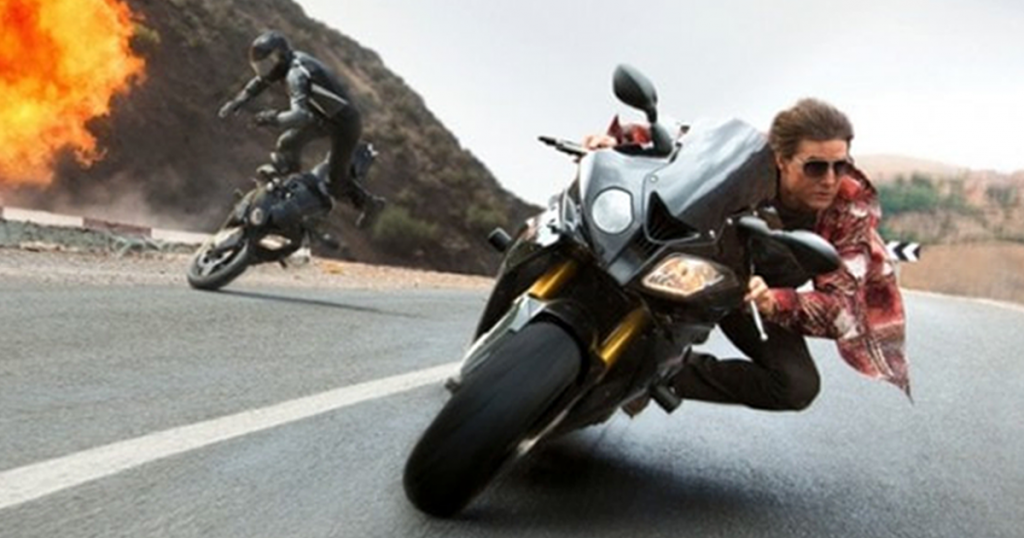 The earlier movies also followed a trend of getting bands to perform alternate versions of the theme, with U2 doing one for the first movie, and Limp Bizkit for the second. The theme is iconic, and features prominently and subtly throughout all of the films, ensuring its a must in any future Mission: Impossible movie.

“Your Mission, Should you Choose to Accept it”:

As one of the trademark’s of the original series it wouldn’t be Mission: Impossible without a self destructing mission assignment. The original tv show almost always involved a self destroying tape that explained the mission to Jim Phelps, (or Dan Briggs in the first season), the following scenes would then show the team of IMF agents being picked, then a final briefing explaining the plan, ending with the mission itself. 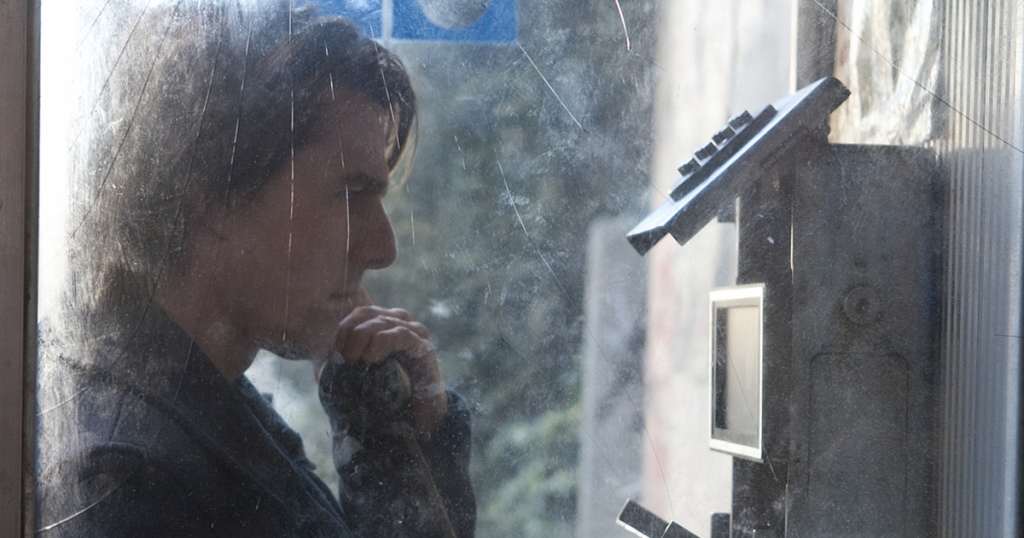 The film series has adapted this idea for a more modern audience, first using a self destroying video tape on a plane, then some exploding sunglasses, a disposable camera in the third movie, a phone booth in the fourth, and a record player in the fifth. 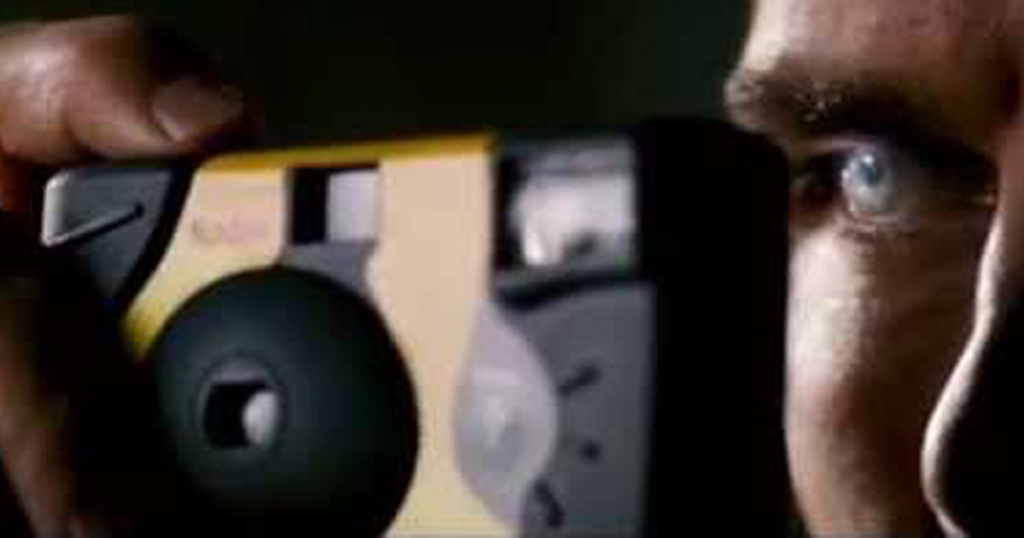 The actual dialogue for each briefing (in both the original series and movies) is always pretty similar as well, always starting with addressing Ethan as ‘Mr Hunt’, leading into “your mission, should you choose to accept it…” with a final outlining of what Ethan needs to do, and ending on “this tape will self-destruct in five seconds…”.

With Mission: Impossible being the biggest outlet for Tom Cruise’s need to perform some of craziest stunts imaginable, we’ve seen him endure all kinds of death defying acrobatics throughout the franchise. The first big example of an outrageously dangerous looking stunt comes in Mission: Impossible II, where (at the start of the movie) we see Ethan Hunt free climb a cliff face. 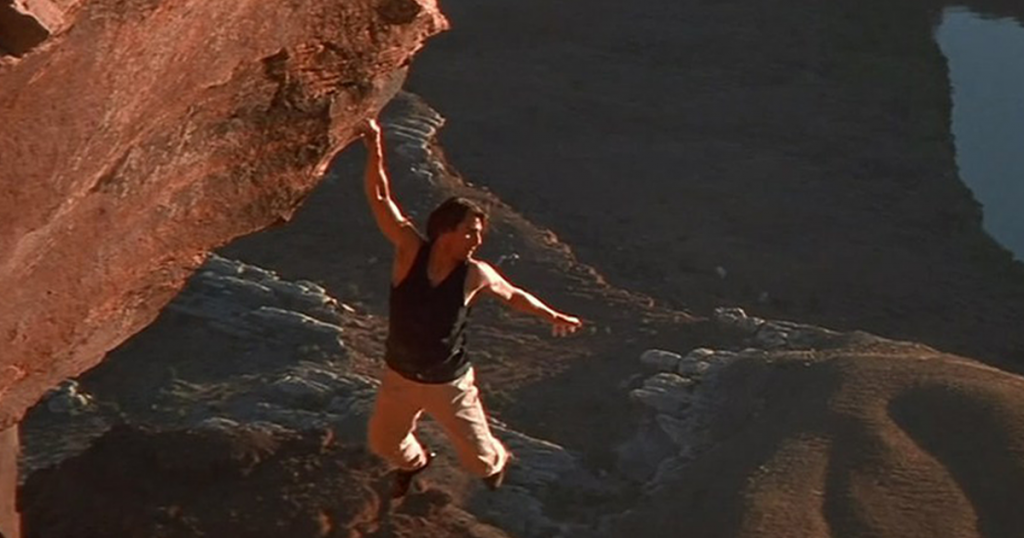 Cruise actually did the free climb in real life with no safety net, and ended up tearing his shoulder. From there the stunts just get bigger and madder. We see Hunt dive through the moving roof vents of a skyscraper later in the second movie, swing from sky scrapper to sky scraper in the middle of Shanghai during the third, climb the outside of of the Burj Khalifa (the tallest building in the world) in the fourth, and chase down then jump on to a plane on foot in the fifth film. 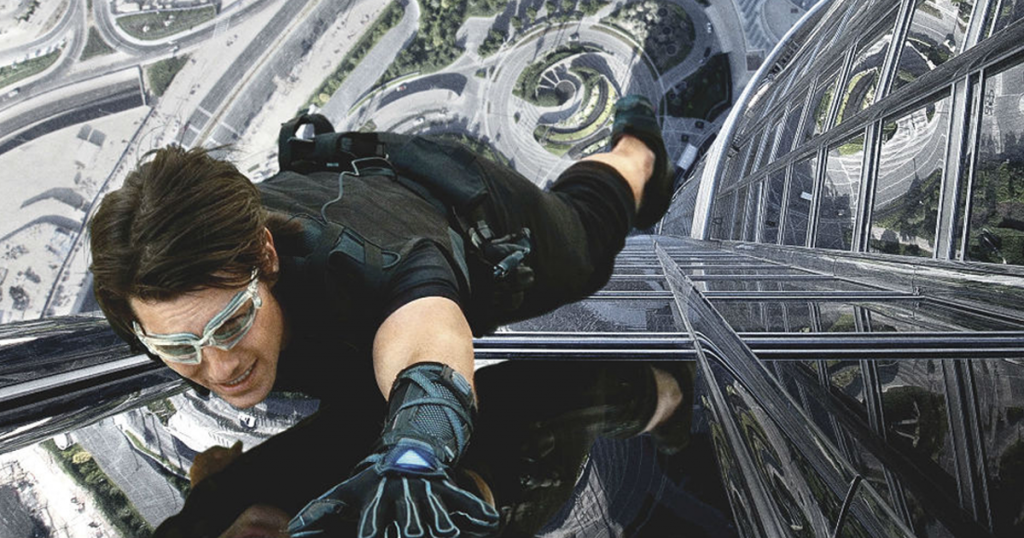 Hunt’s insanely acrobatic, death defying and elaborate stunts have become a trademark of the franchise with each movie often containing a huge set piece revolving around them.

After Ethan Hunt and his ‘Ethan Hunt-ness’, his roaring cast of allies, countless IMF betrayals, the instantly recognisable theme tune, self destructing mission assignments, and all of Tom Cruise’s crazy stunts, if there is one thing that ices the cake of the Mission: Impossible franchise it’s the many (many) face mask misdirects. 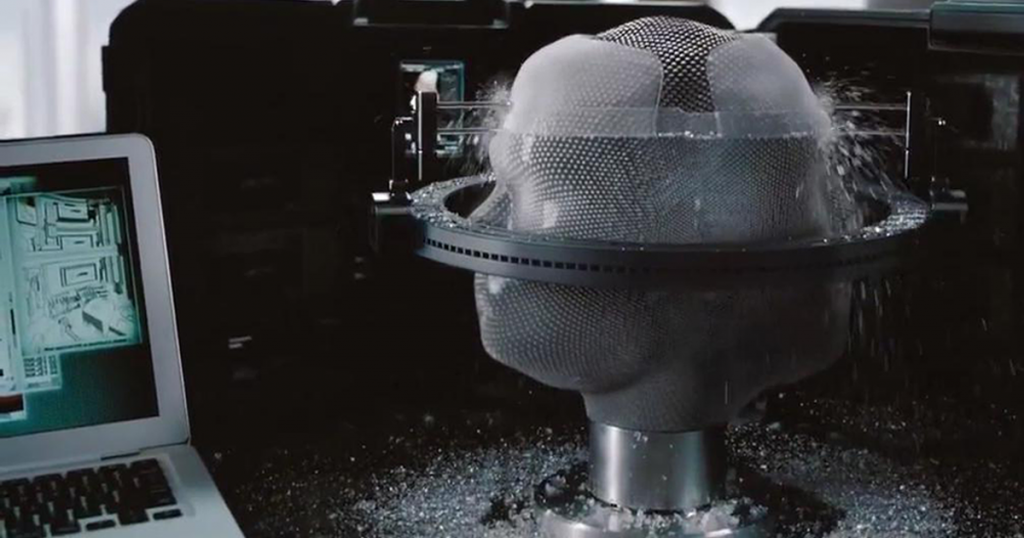 There are a total of eleven face swaps throughout the franchise (I counted), and the idea comes down to people wearing an insanely realistic mask and voice emulator allowing them to appear as a completely different person. It’s a concept we’re introduced to immediately in the first movie and has gone on to play a number of key roles ever since. 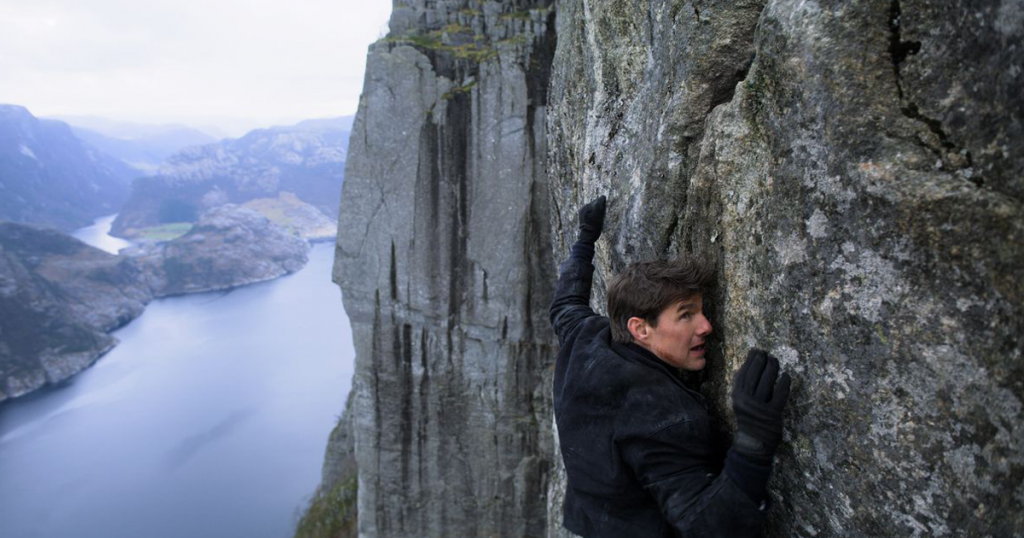 Generally speaking, we’ll see one or two examples of a face swap earlier on in the movie in a smaller capacity, leading up to a big show stopper at the end of the movie where someone was secretly someone else all along. As a trope it’s a pretty clever one, and when you’re washing any of the Mission: Impossible films you almost find yourself looking for any type of inconsistency that gives away a potential face swap.